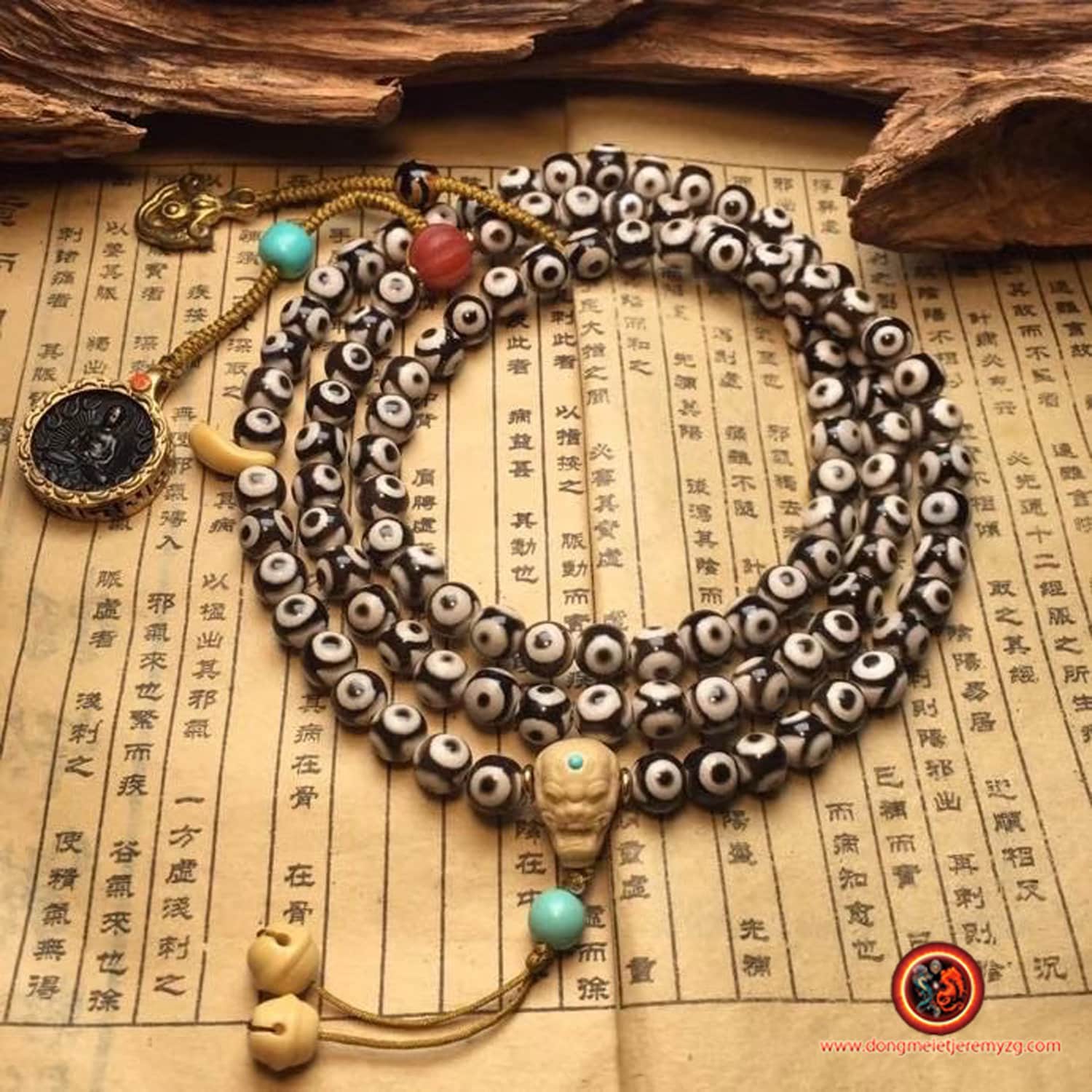 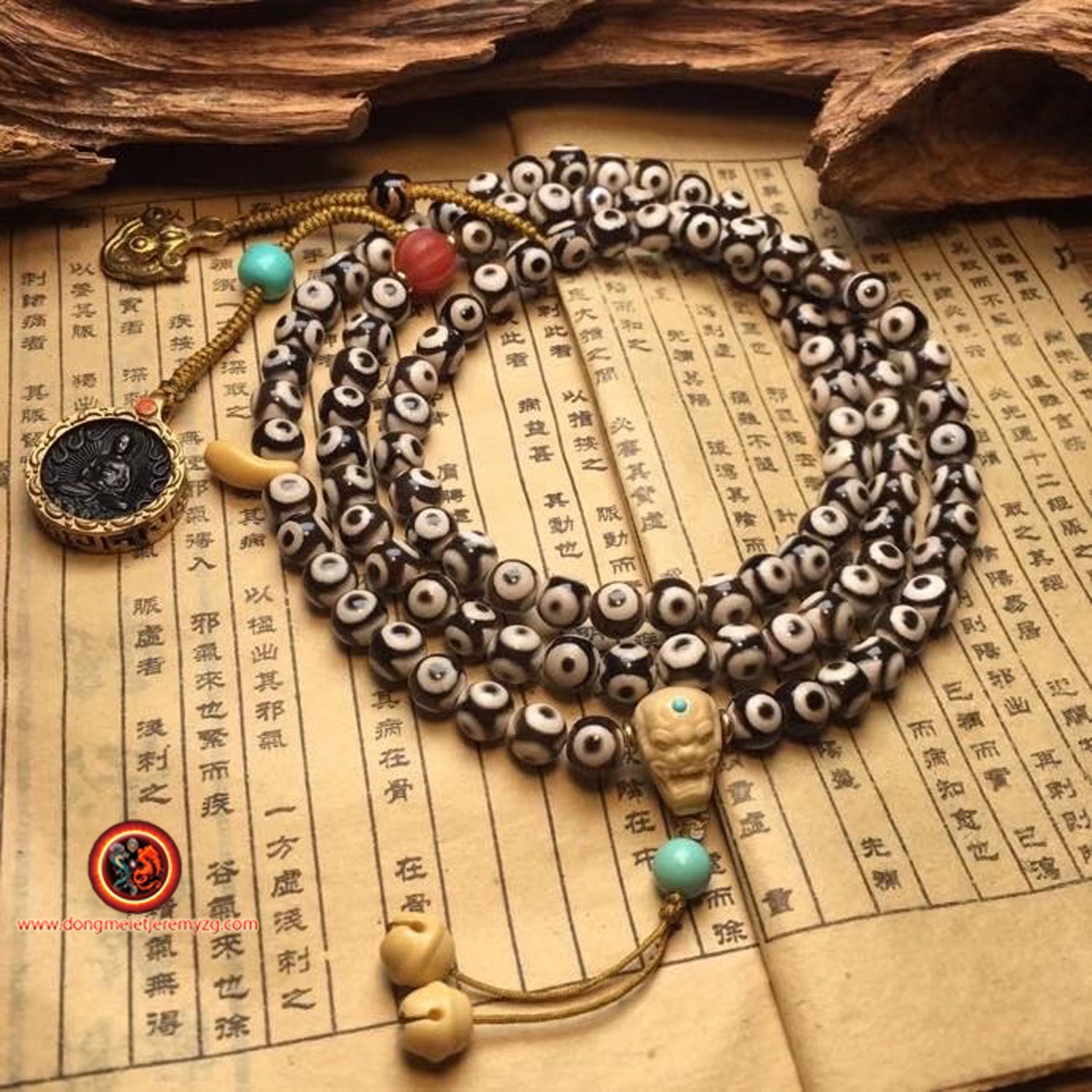 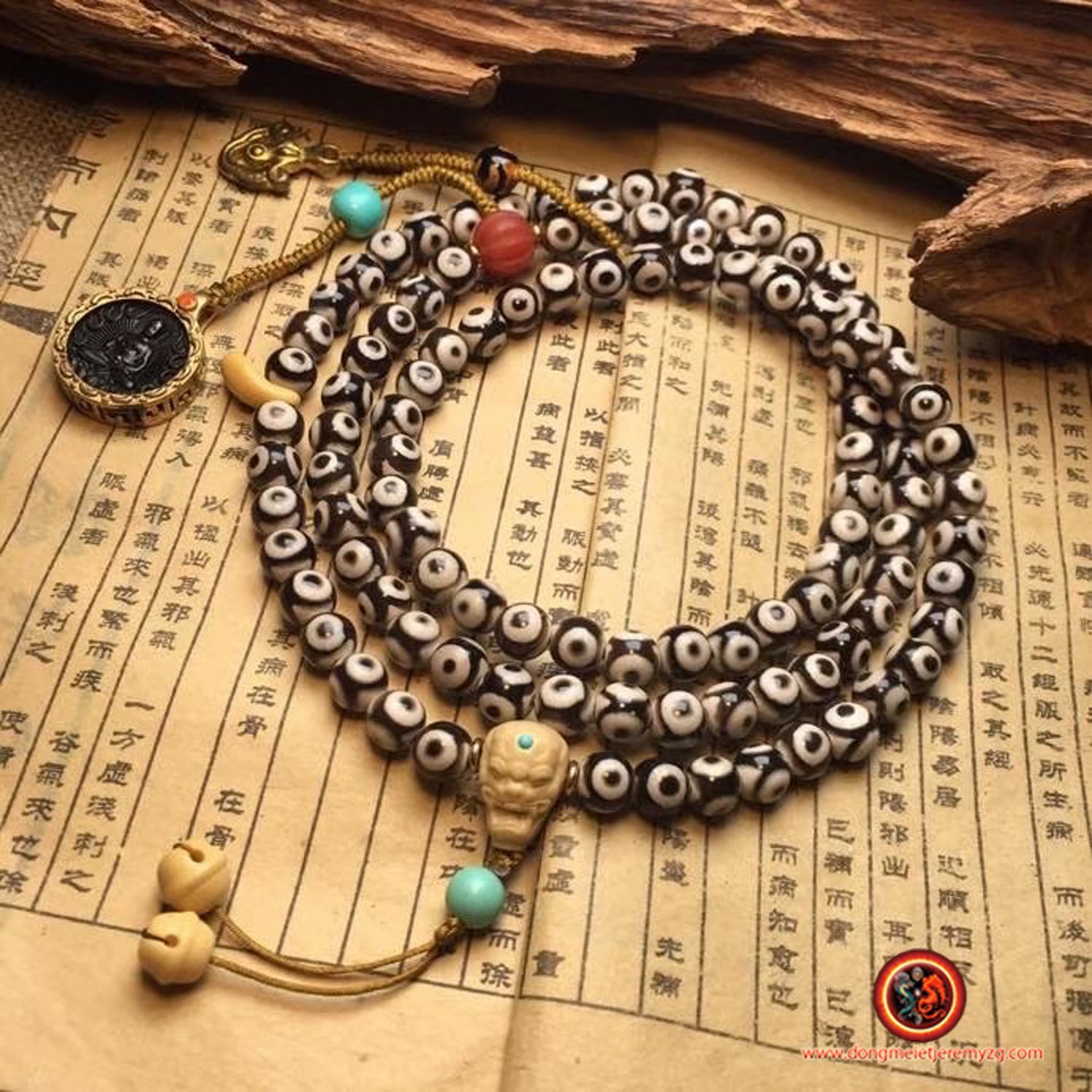 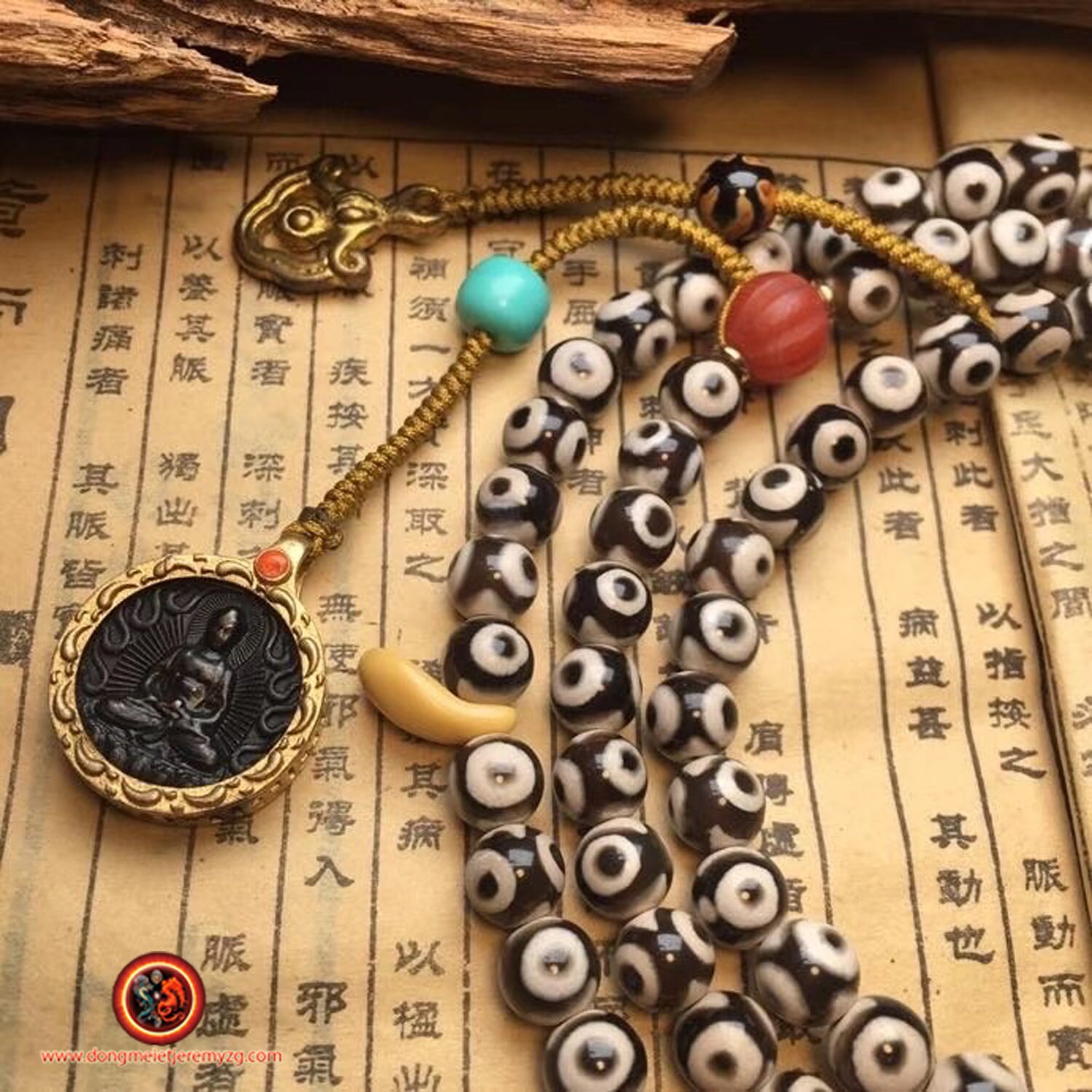 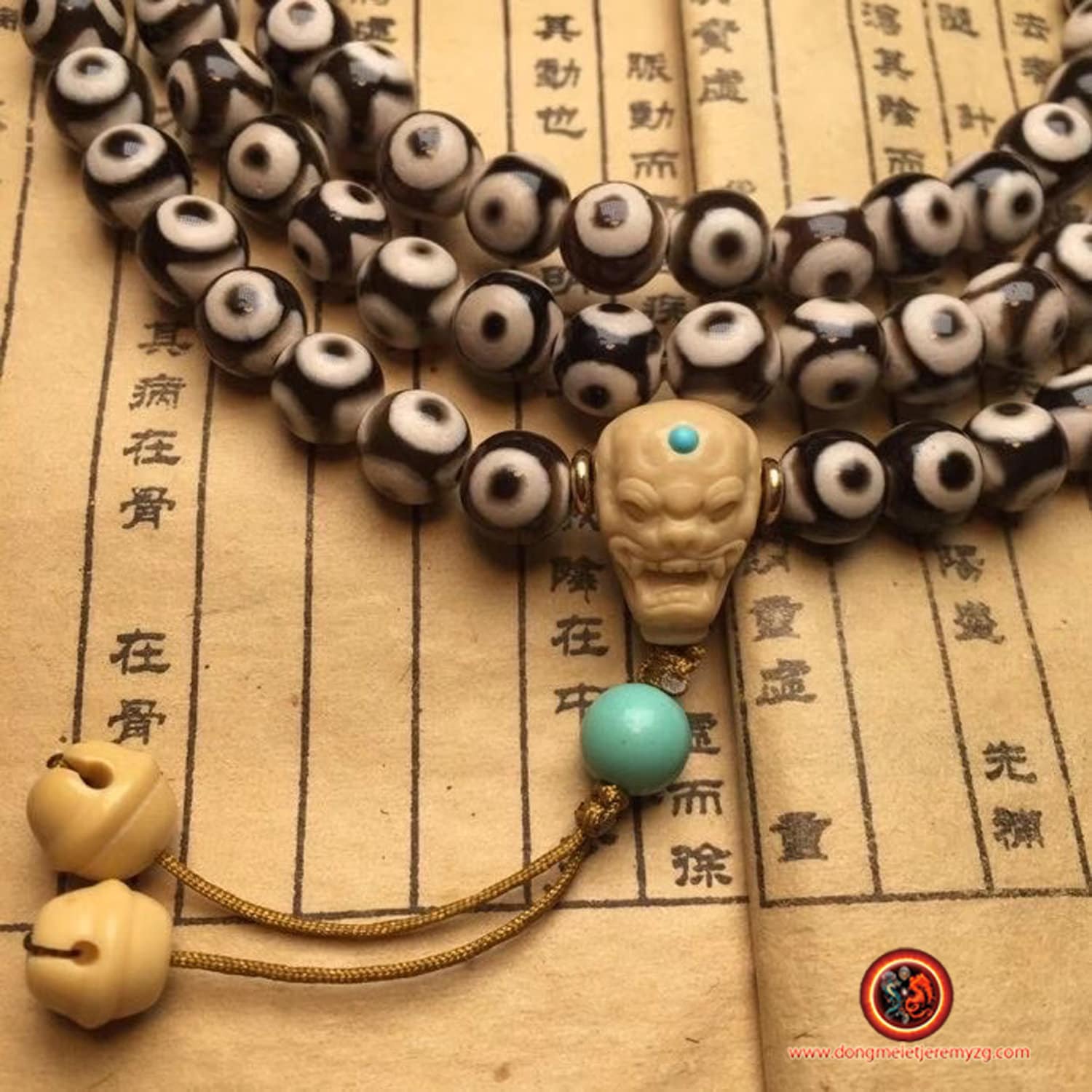 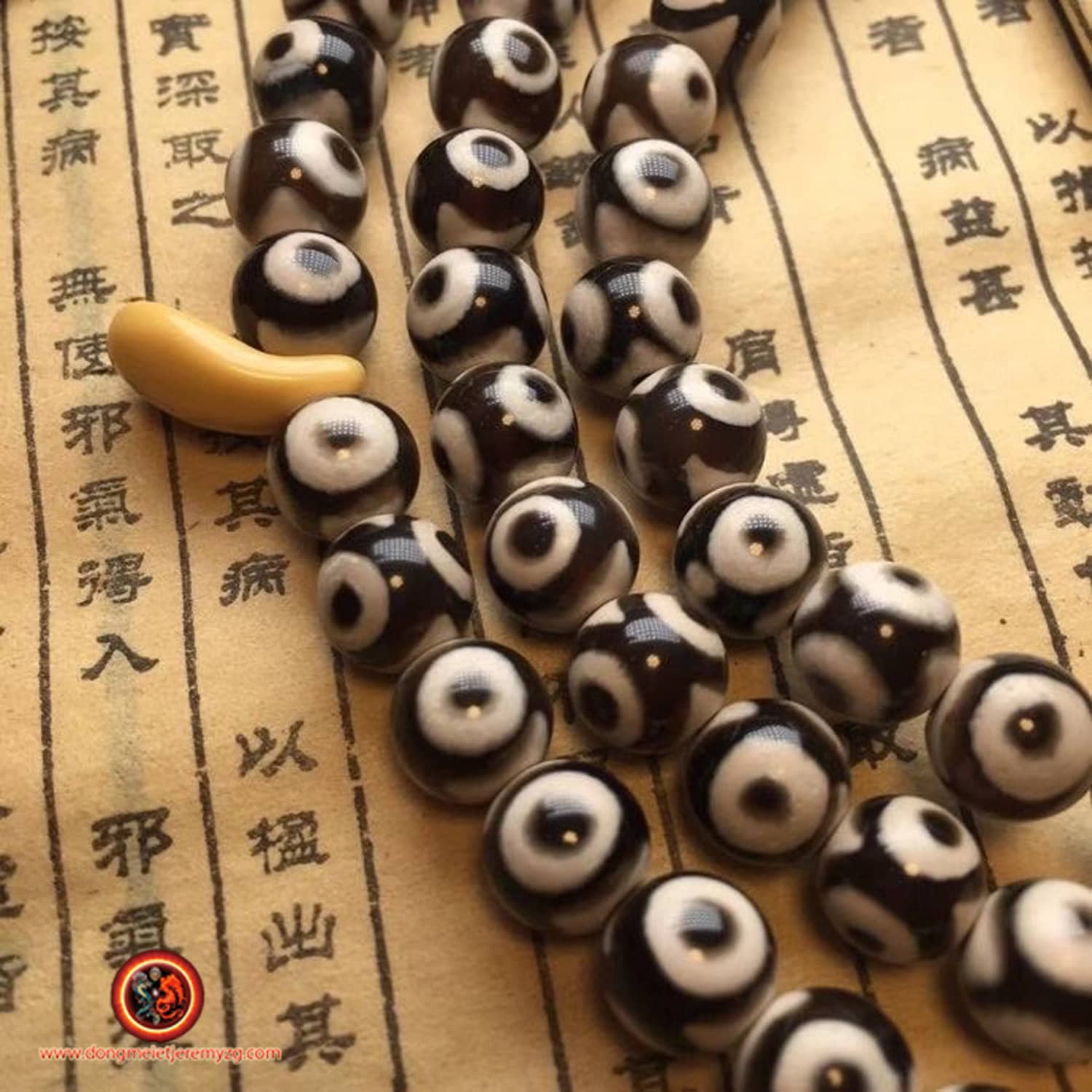 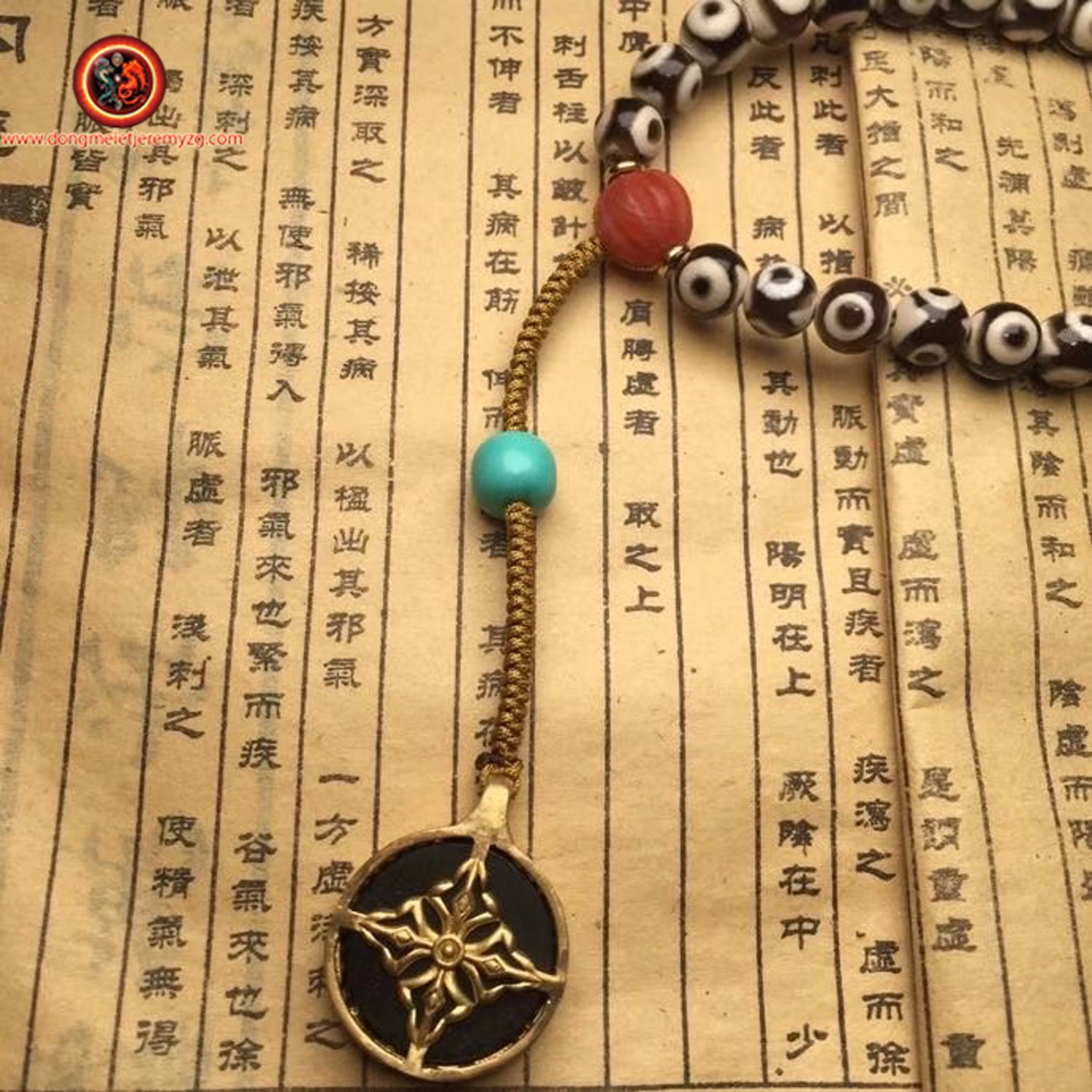 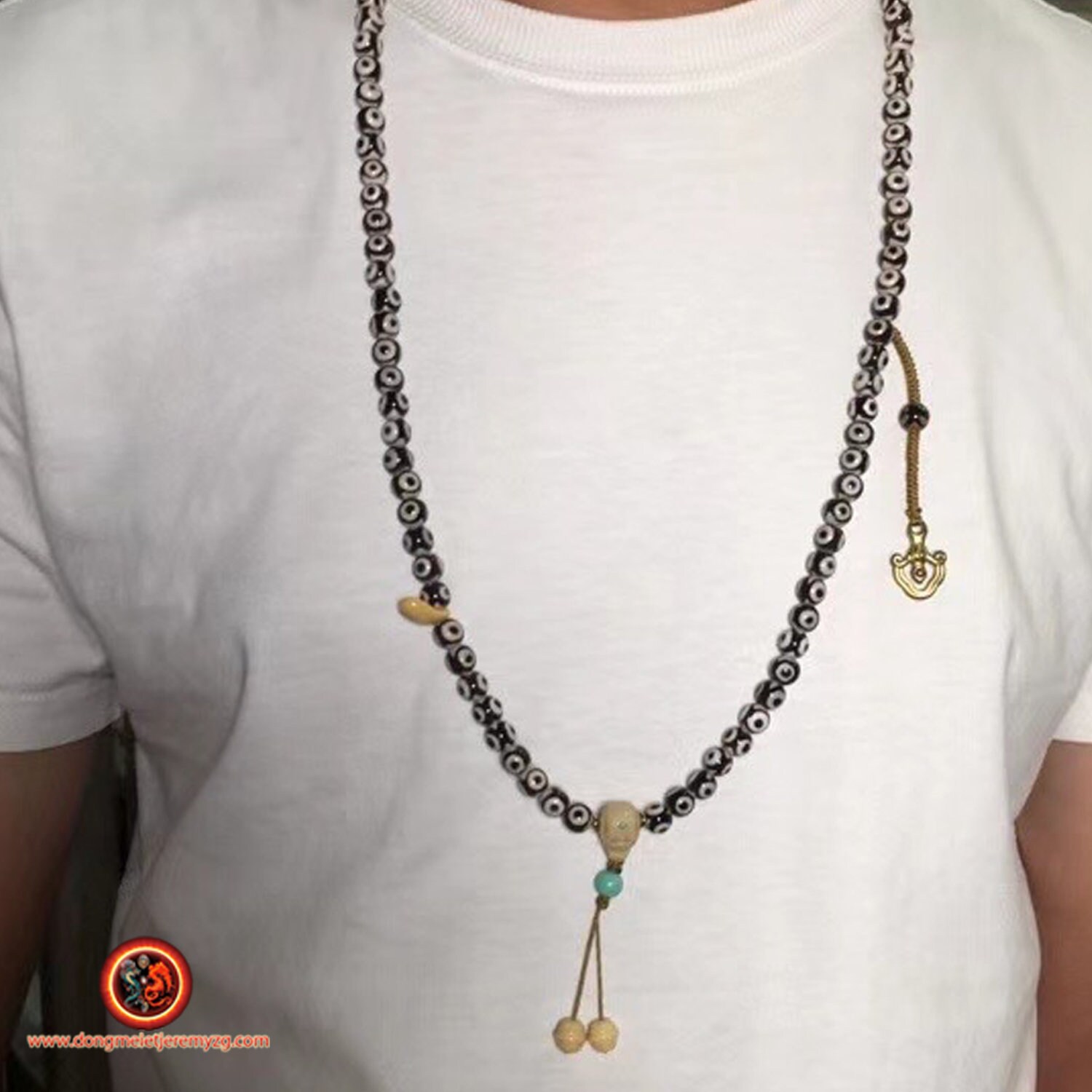 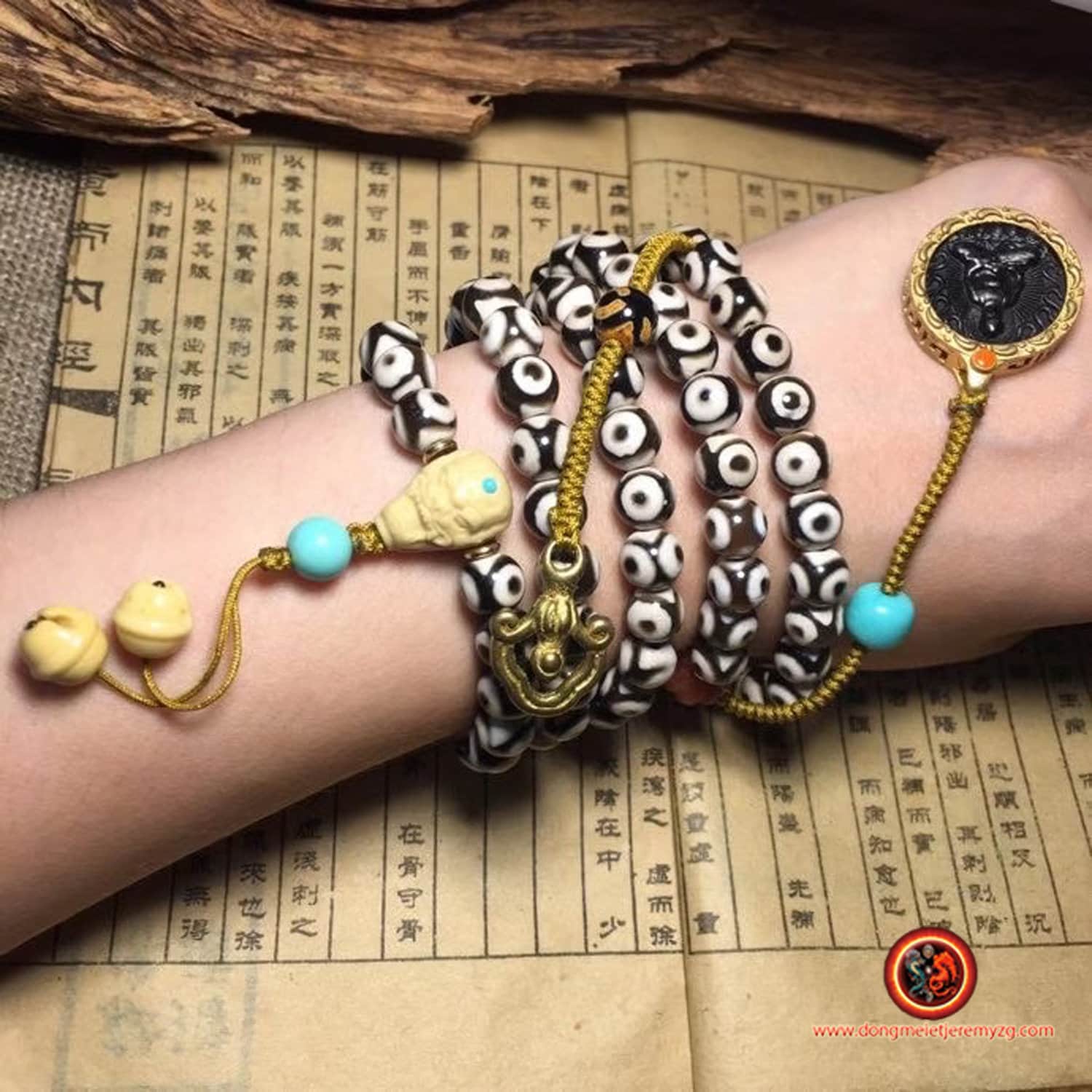 The 108 DZI authenticated and expertized by us before assembly by us are DZIS with 3 eyes
The 3-eyed Dzi represents the three stars of luck, happiness, honor and longevity. This is the manifesto of the Hindu god of wealth, the Kubera. This 3-eyed pearl creates the right conditions to enjoy fortune, happiness and prosperity.