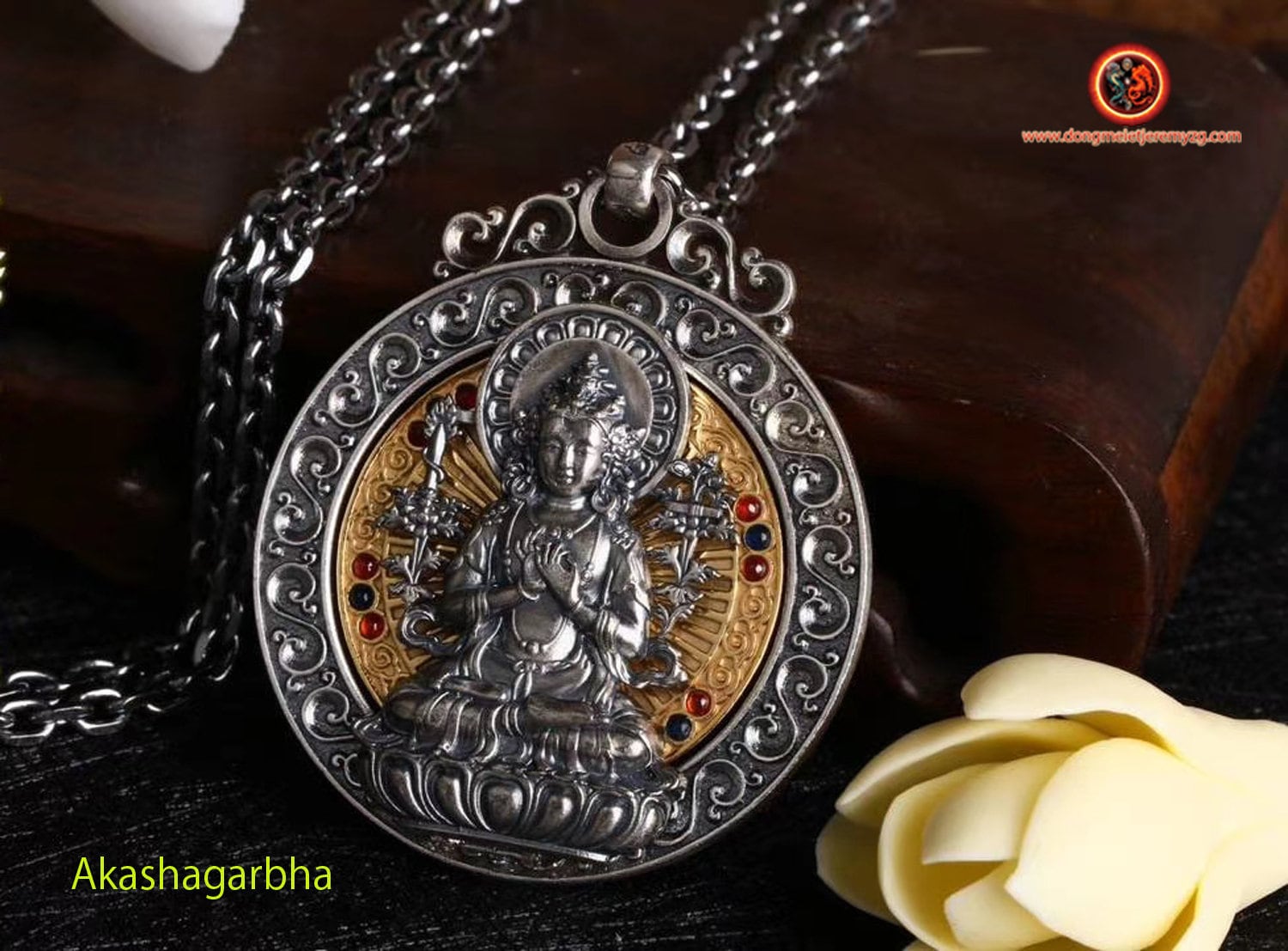 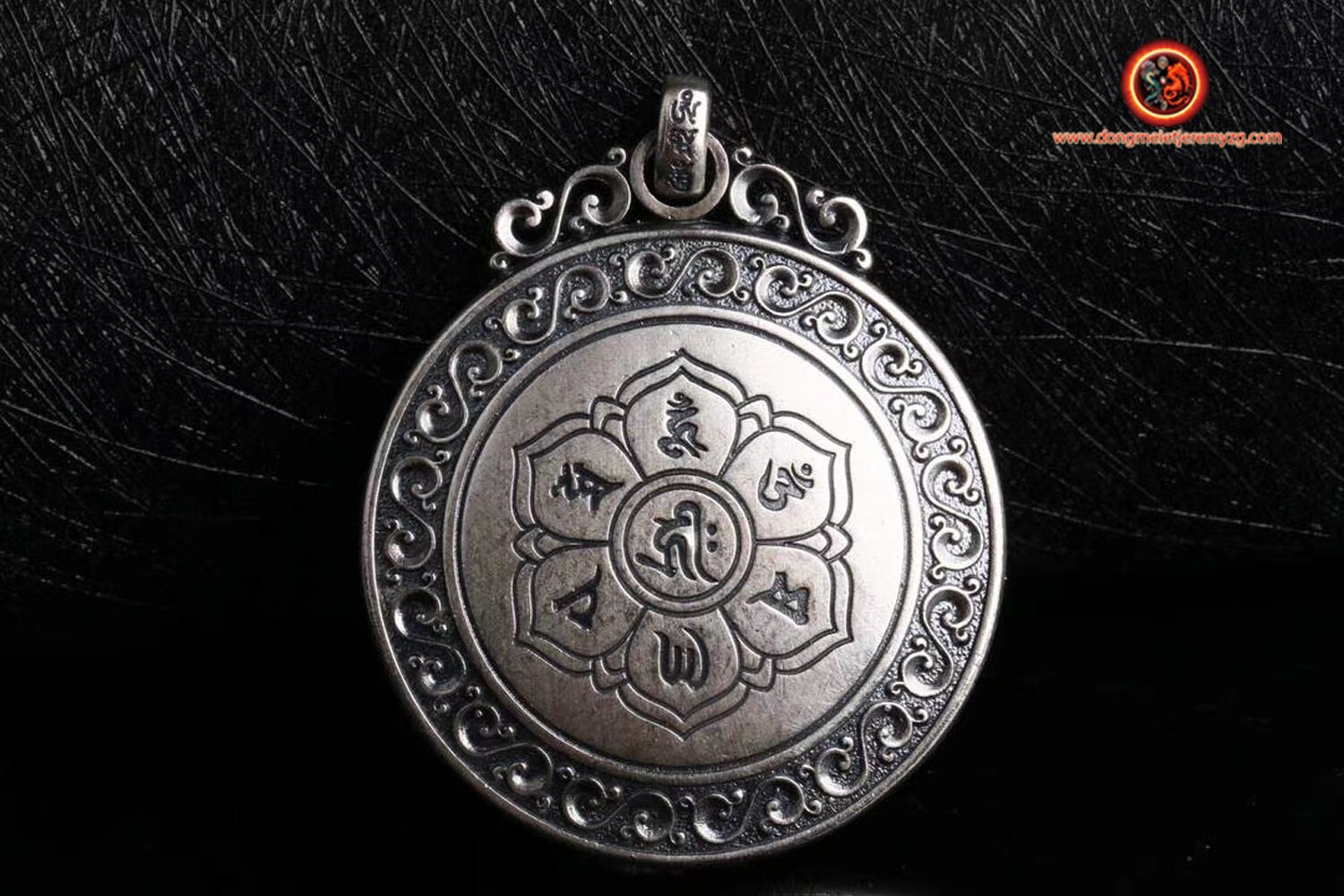 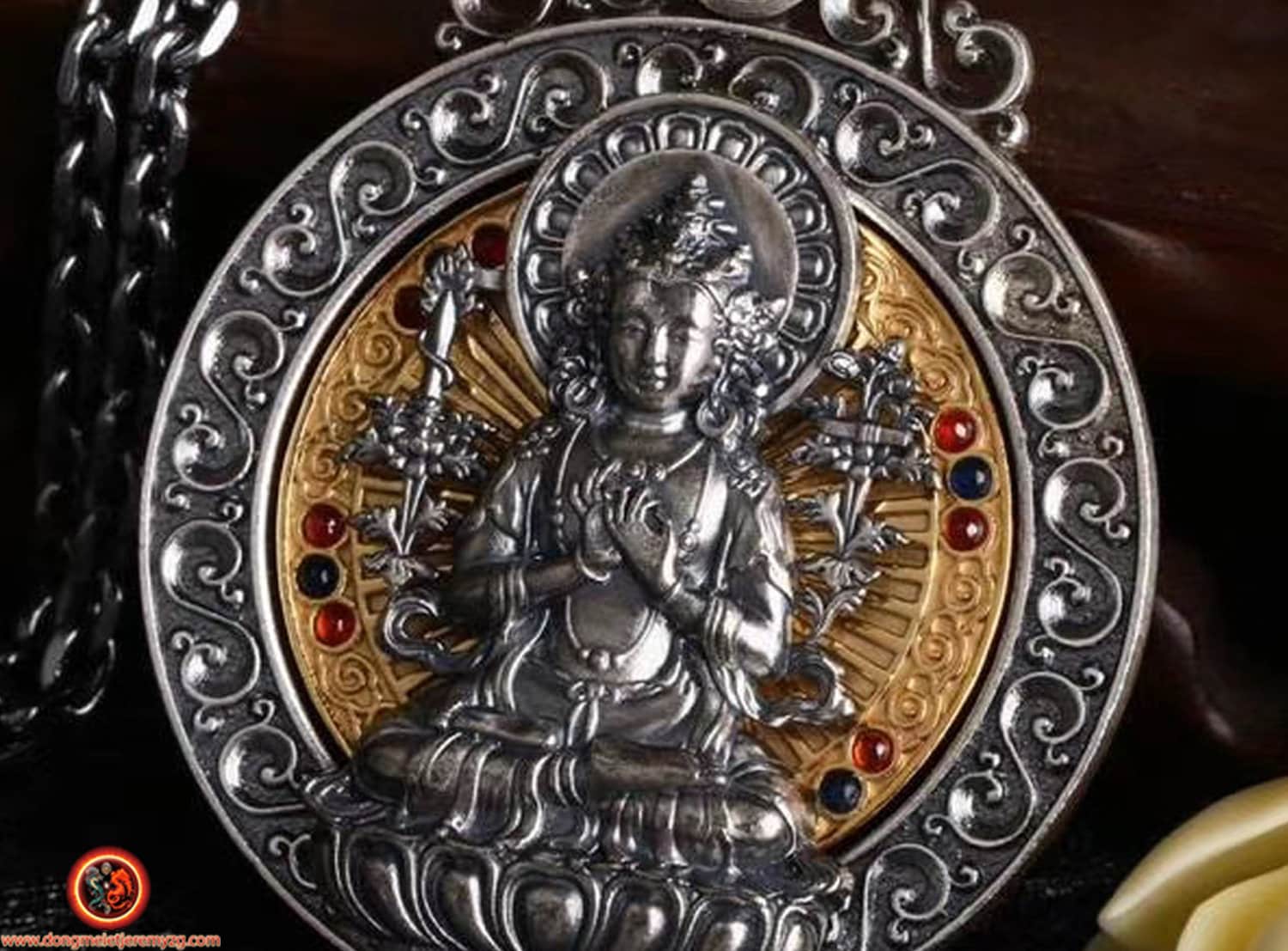 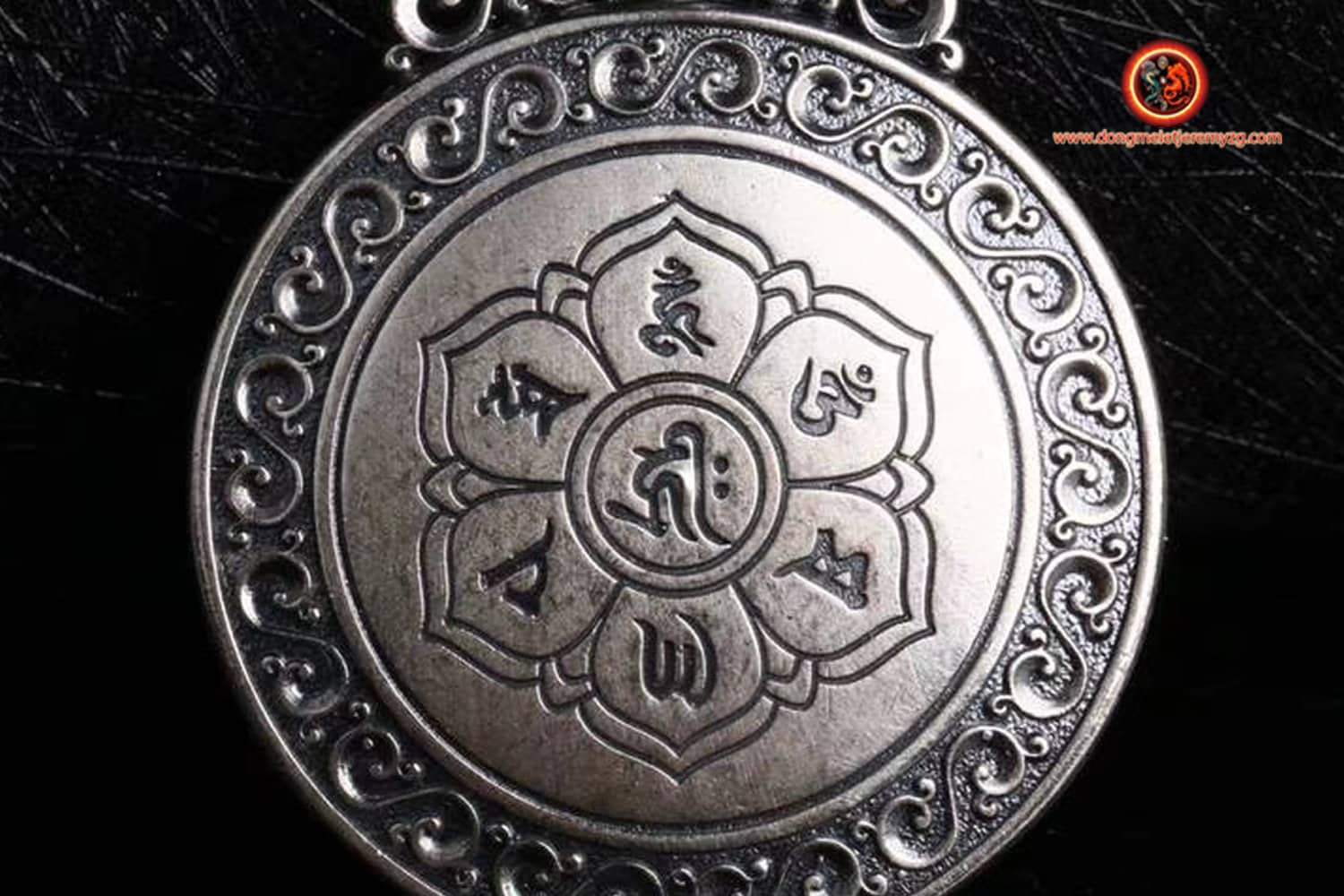 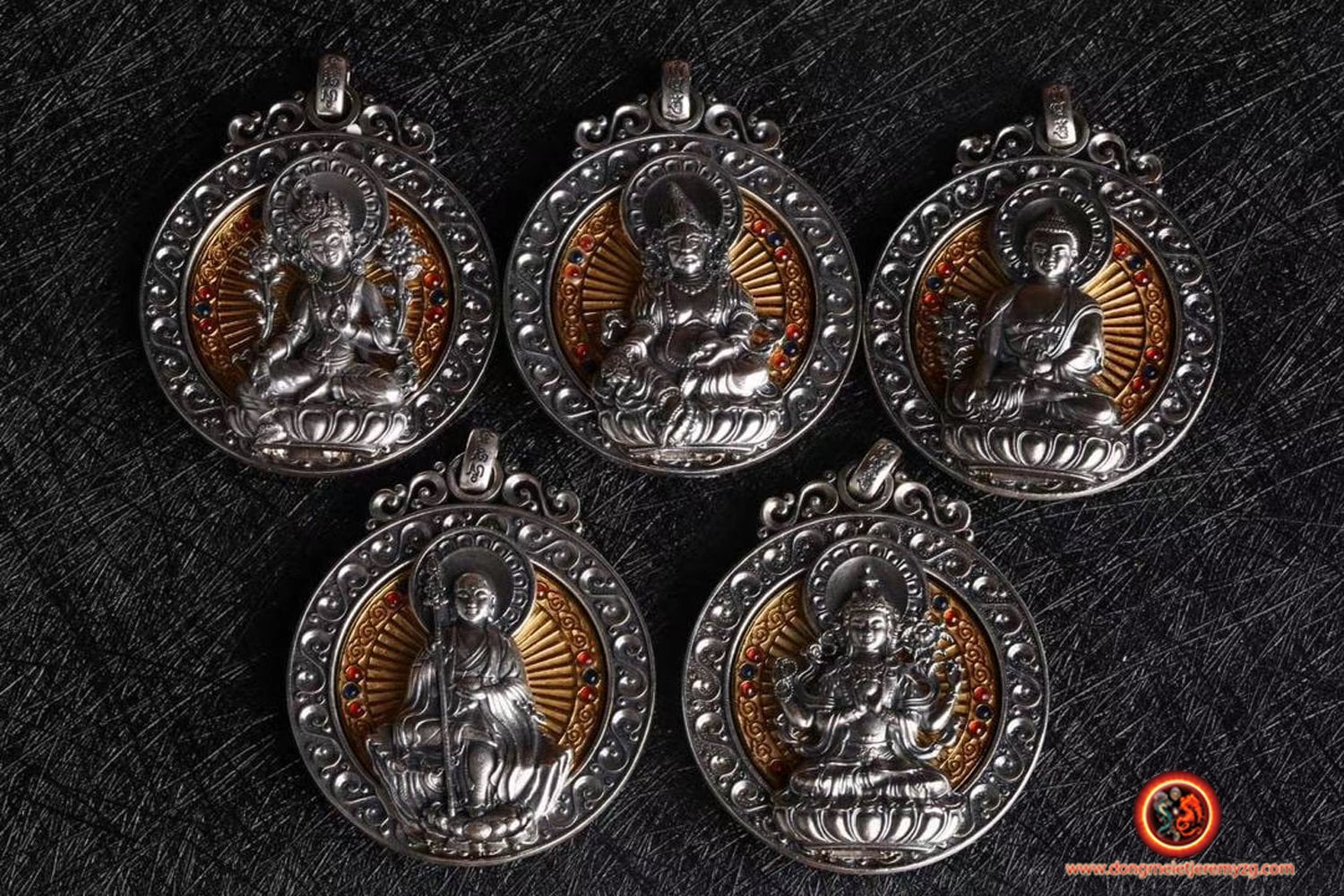 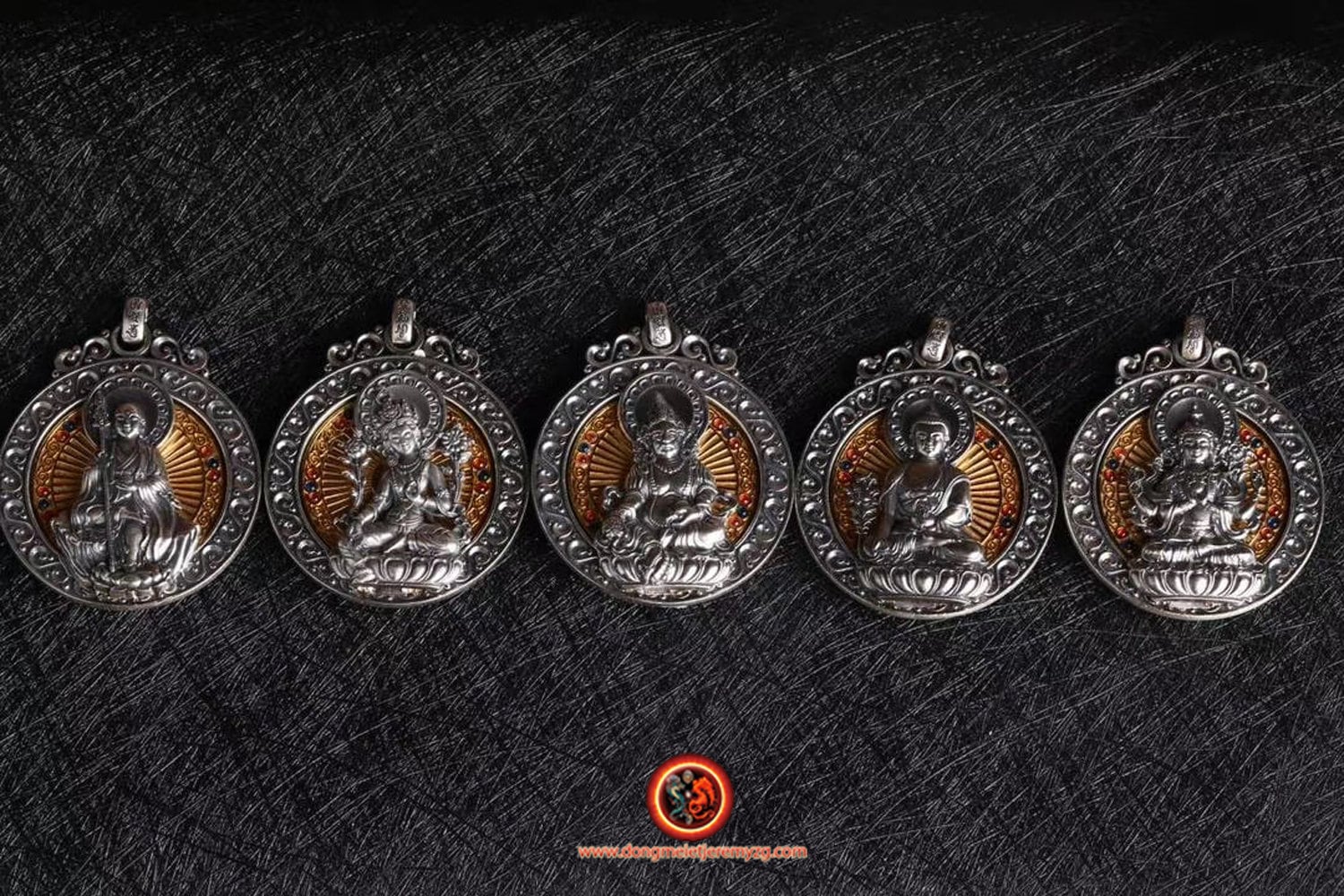 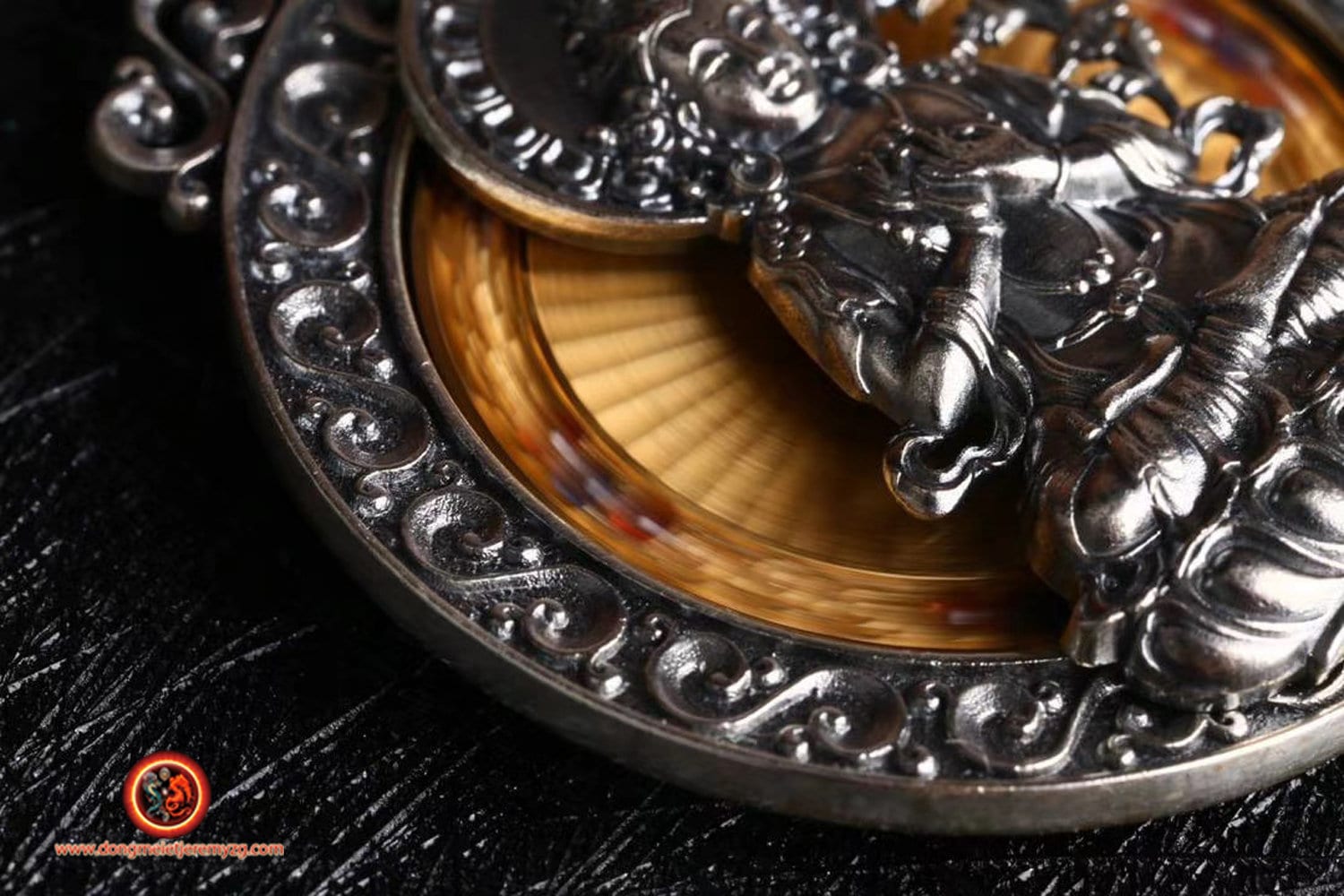 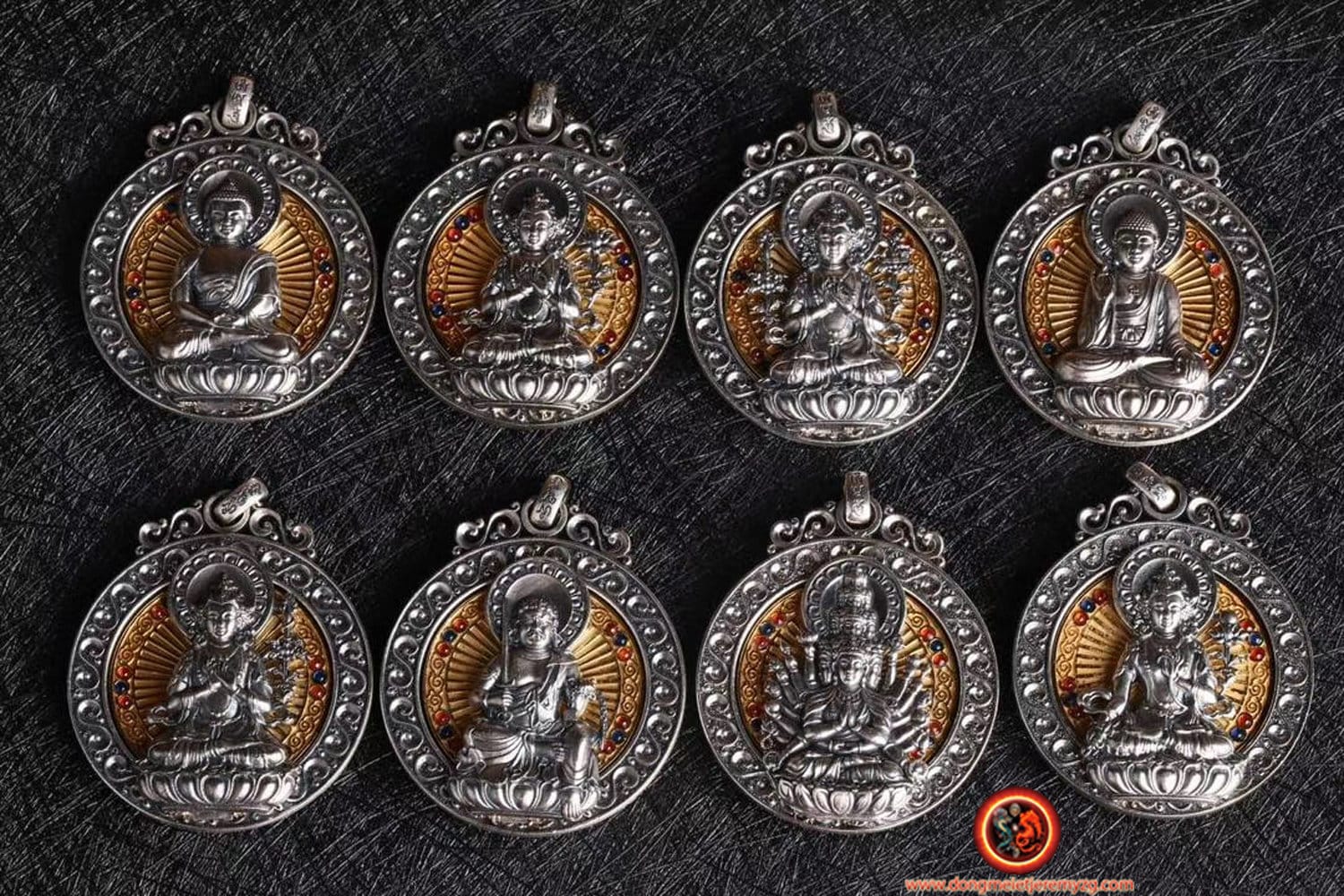 Pendant, Buddhist protective amulet, Akashagarbha Buddha
rotating wheel at the back of the Buddha thanks to a high-precision ball bearing system developed in Germany as shown in the video with a lower link.
Tibetan mantra on the back of the amulet.

The essence of the ether is the essence of ether and belongs on the mandalas to the ratna family (jewel). According to the Akashagarbha's Soutra [2], he is prayed eastwards while waiting for dawn (arua) which is his manifestation. It is also said that the moon, the sun and the stars are its manifestations. Given that part of its name may have the meaning of "heaven," some[3] have proposed to see a celestial or stellar deity at the origin of the bodhisattva.