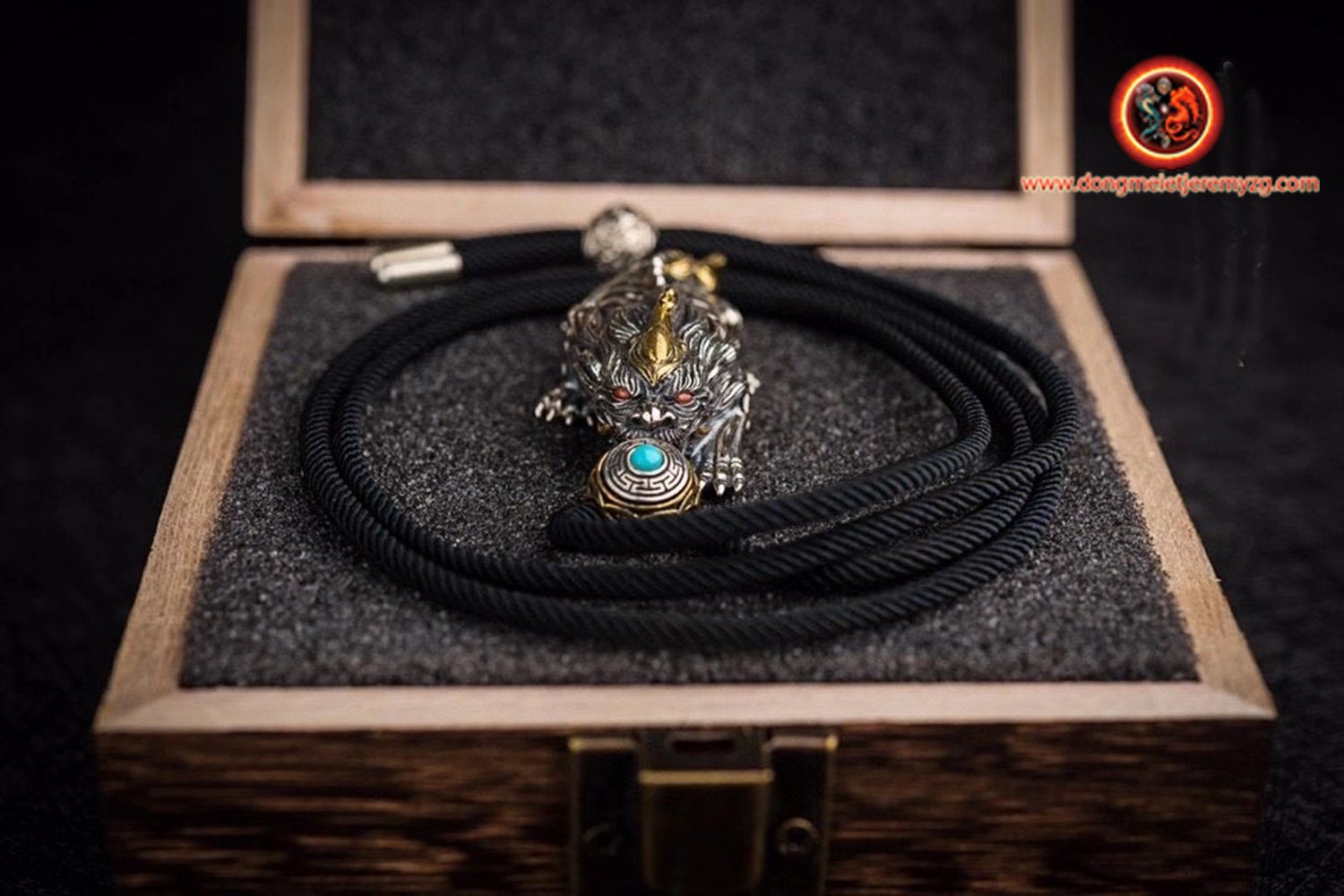 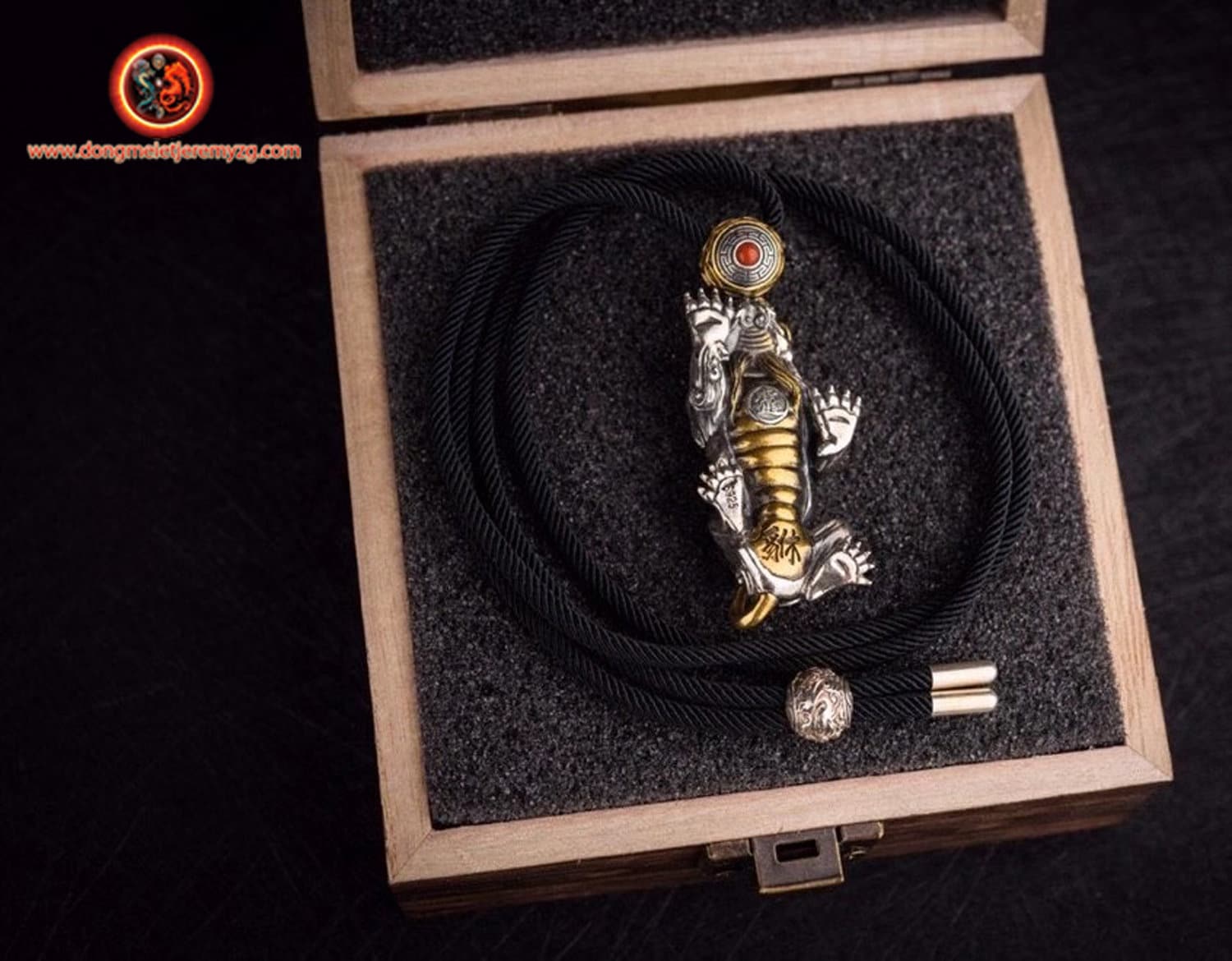 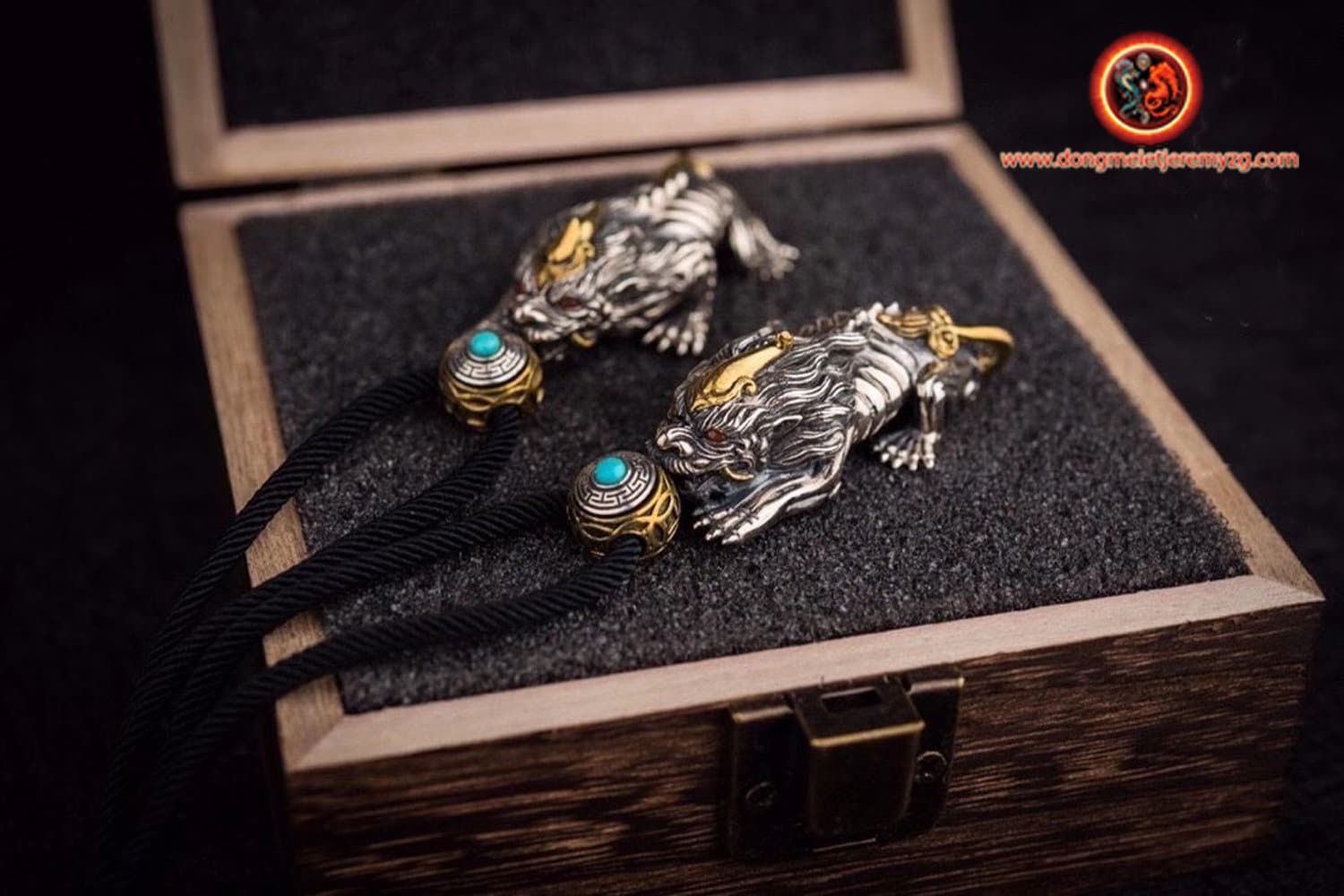 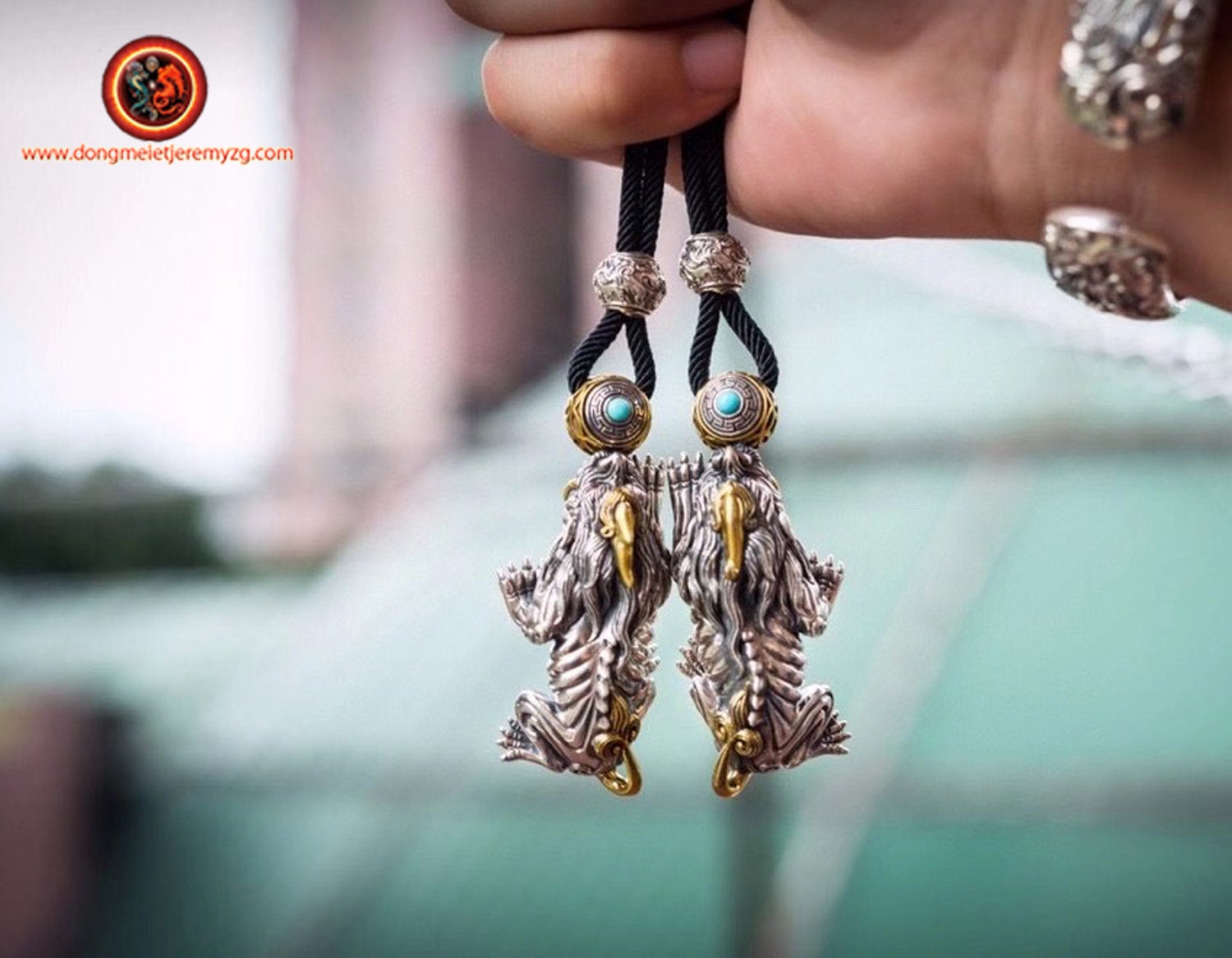 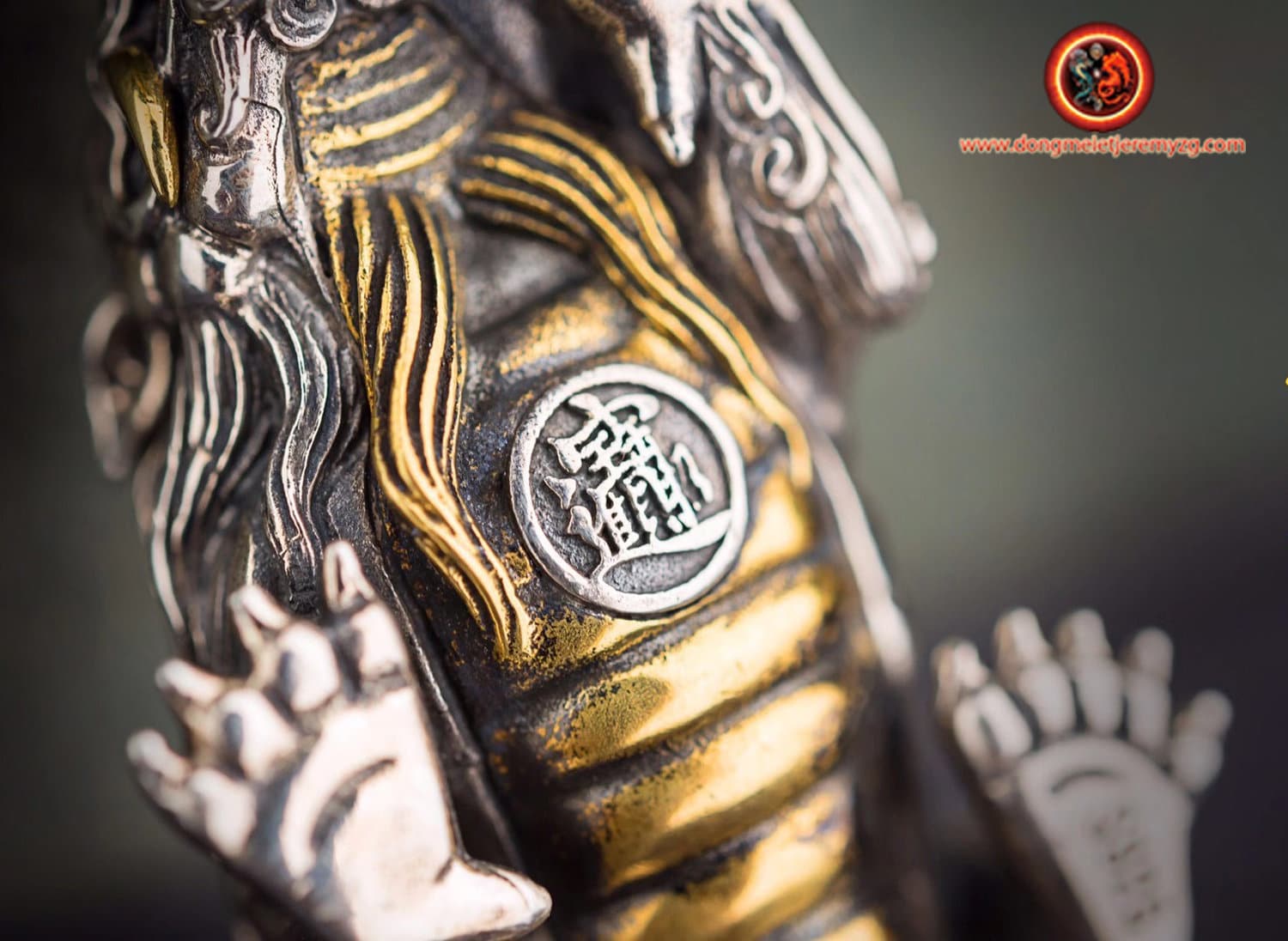 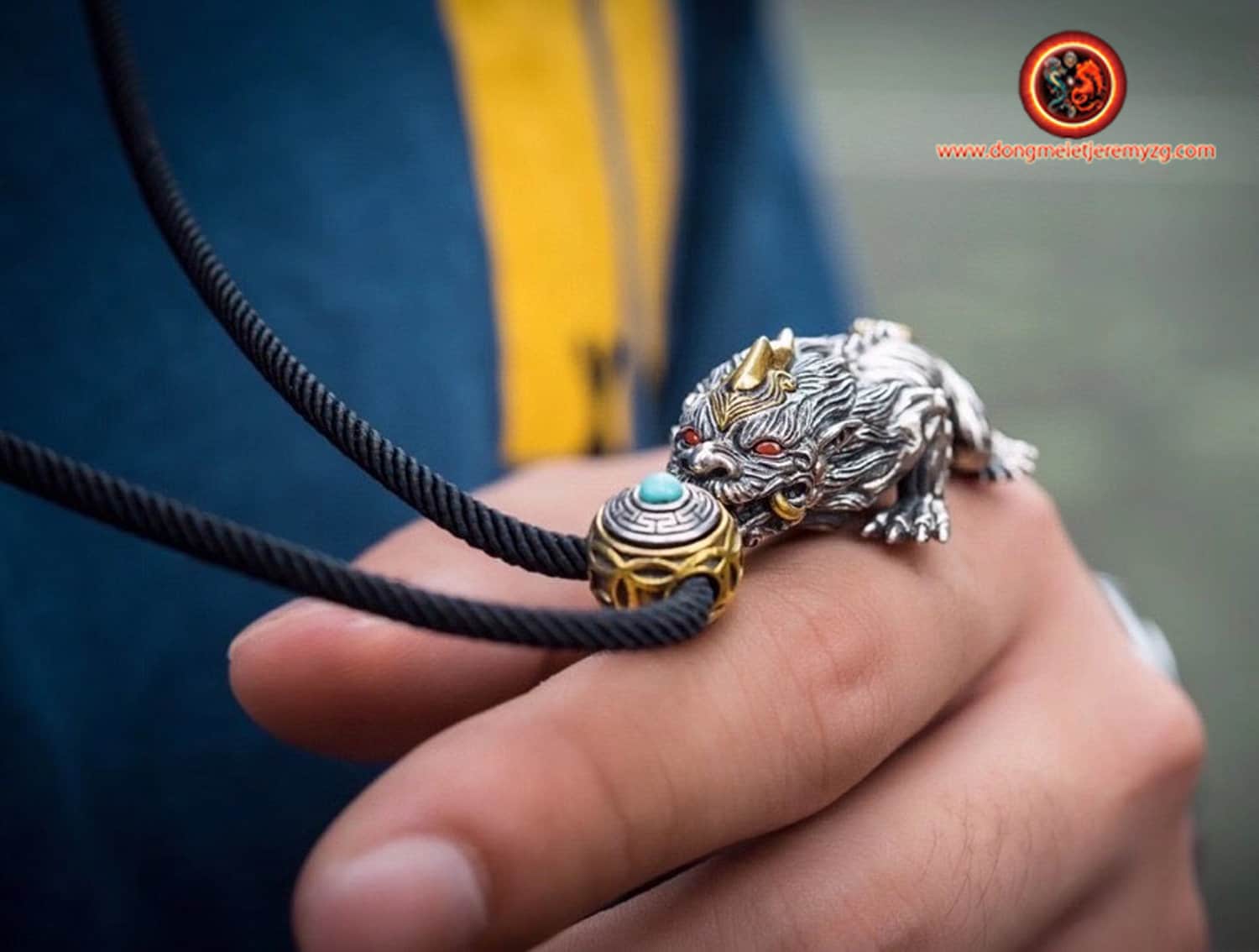 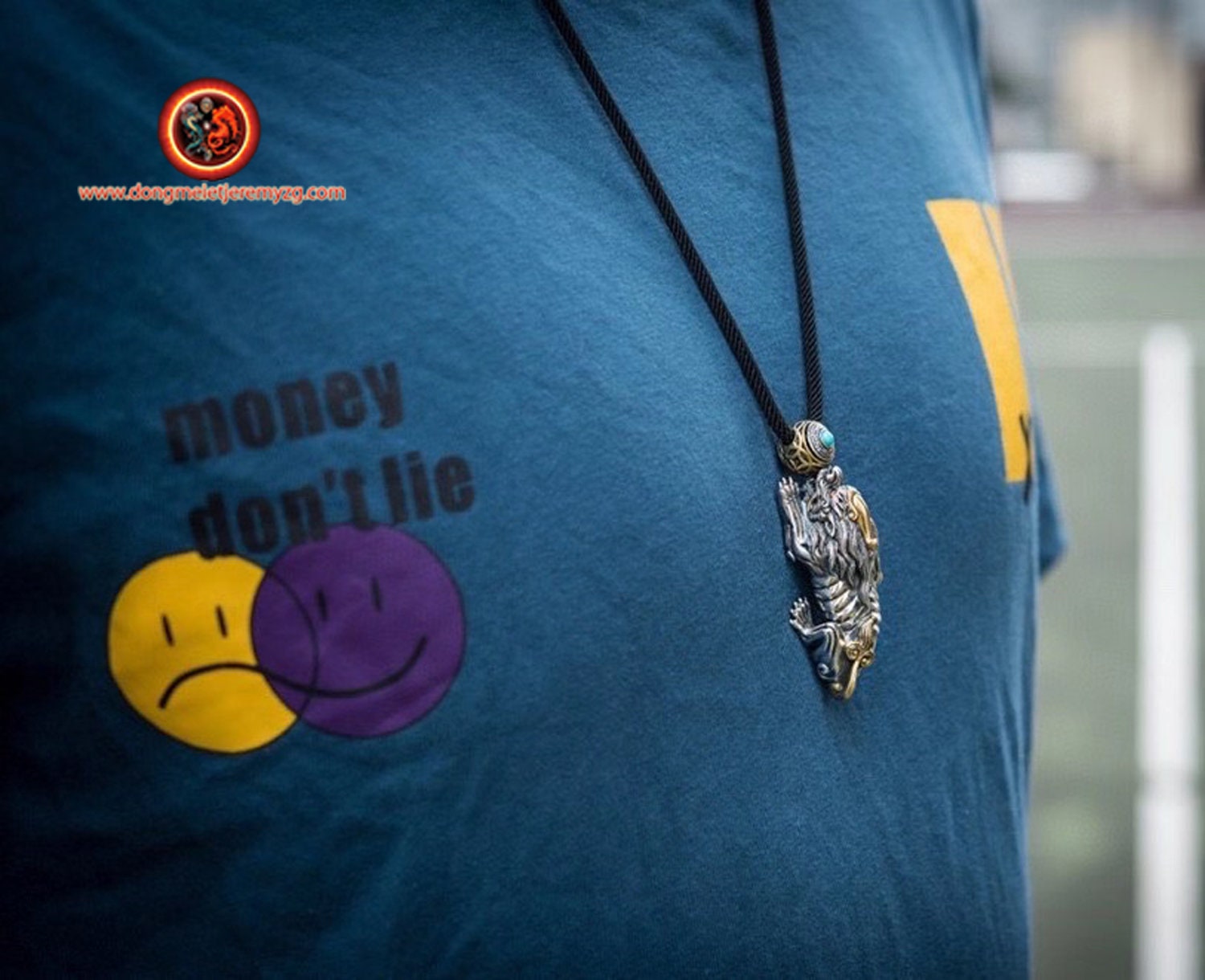 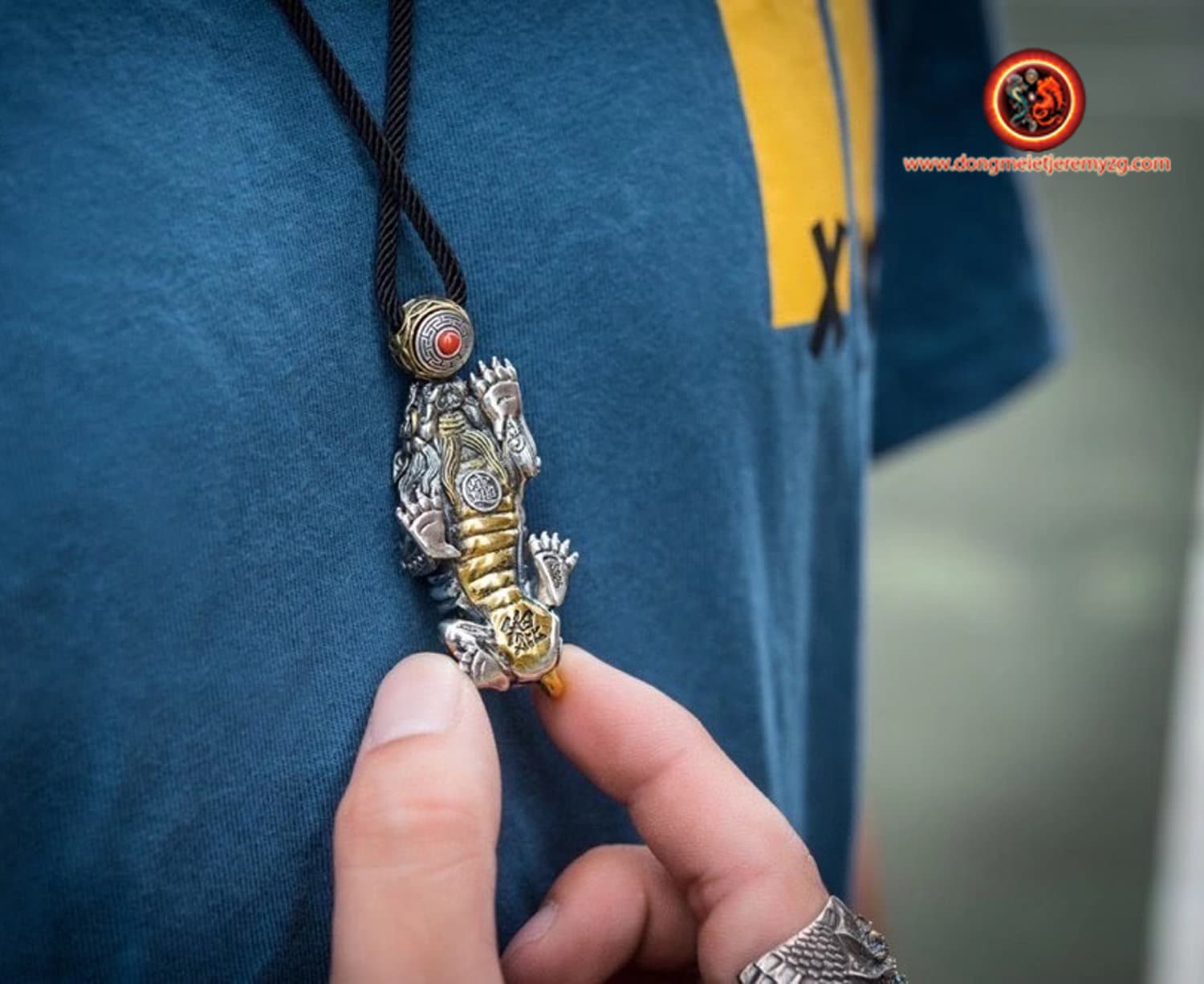 Protective pendant Feng Shui, Pixiu, son of the dragon.
Silver 925,
Copper
Arizona turquoise
agate called nan hong (southern red) of Yunnan (Baoshan site) nan hong is a rare agate in front of its color thanks to the crystallization of cinabre on the same site.

Comes with cord adjustable to all sizes.