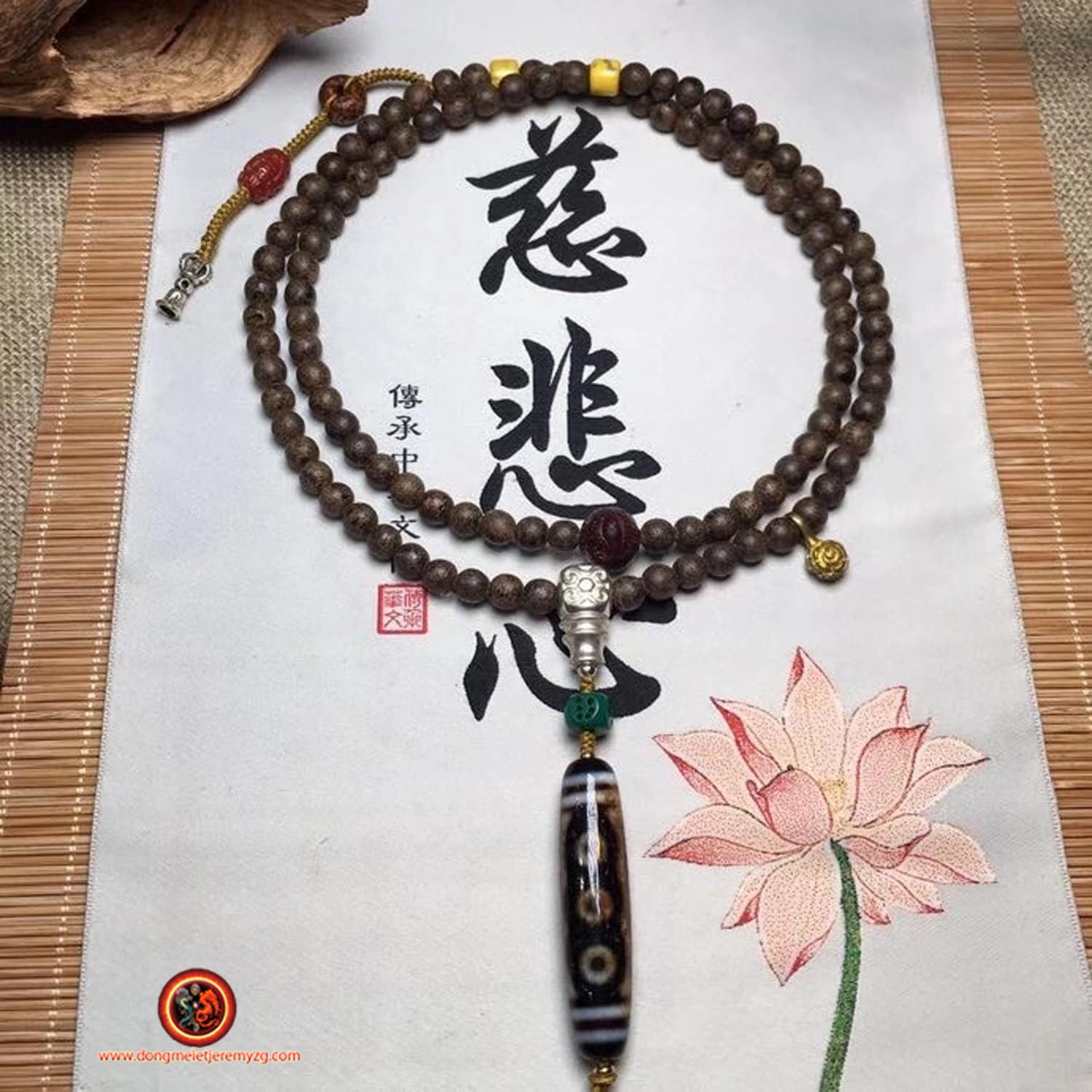 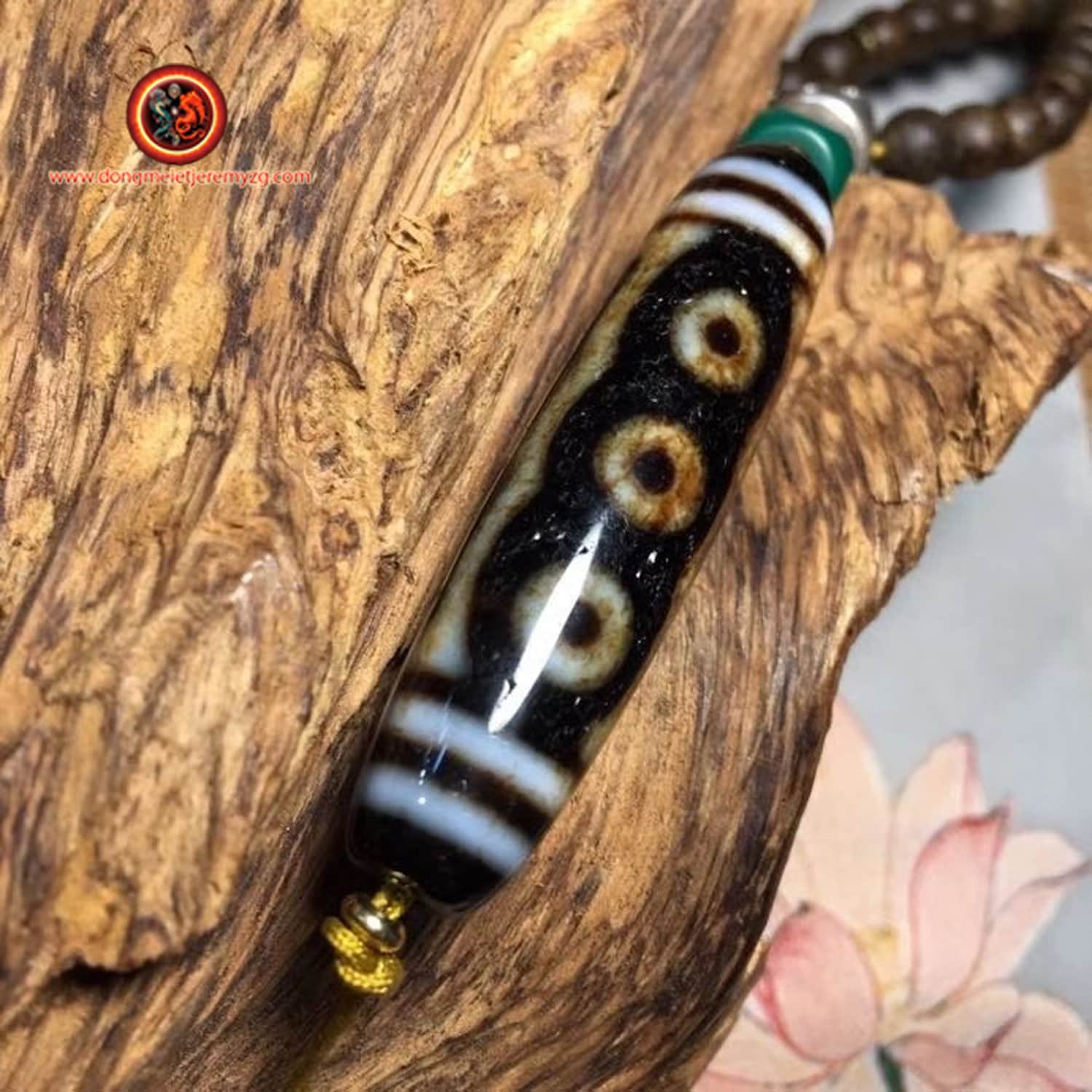 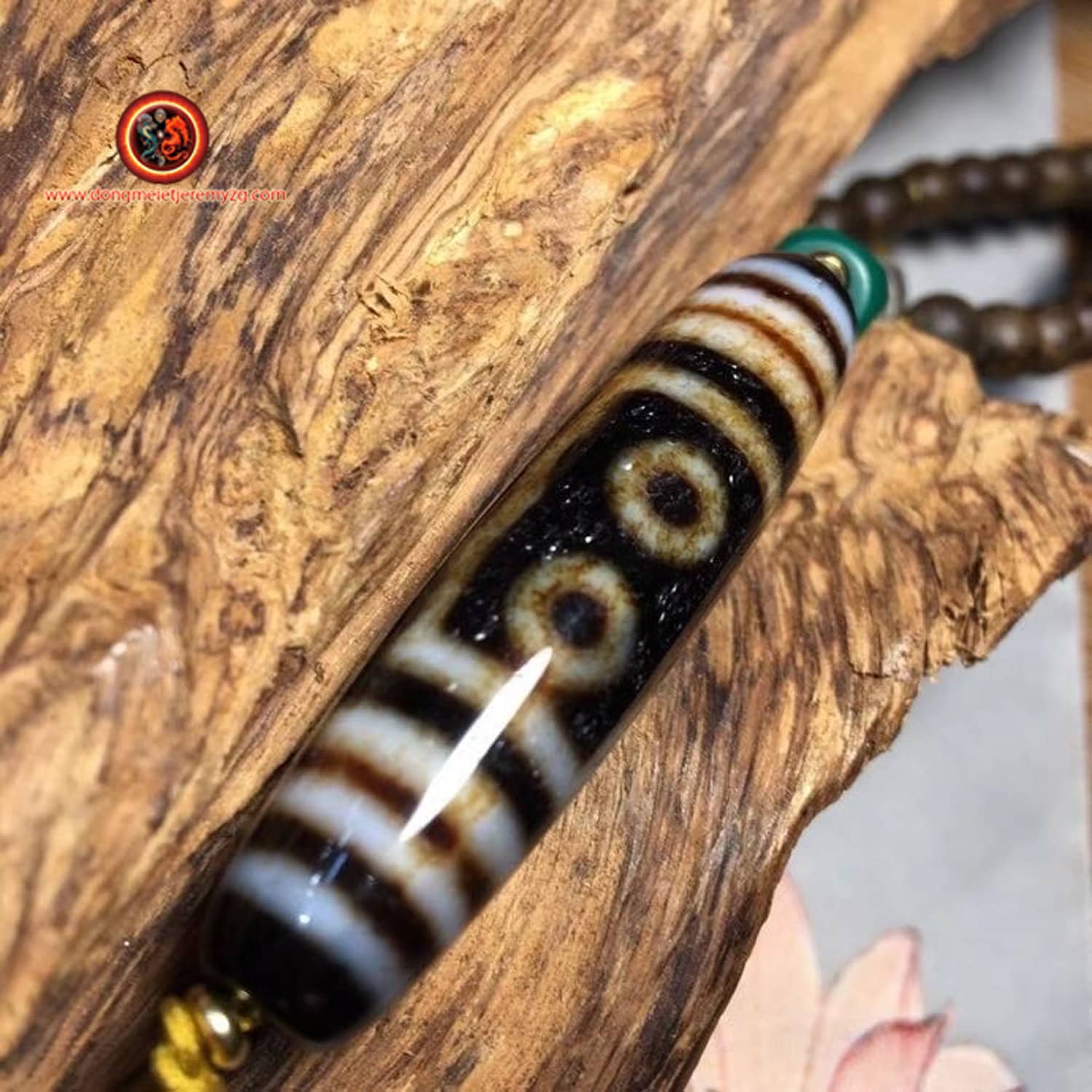 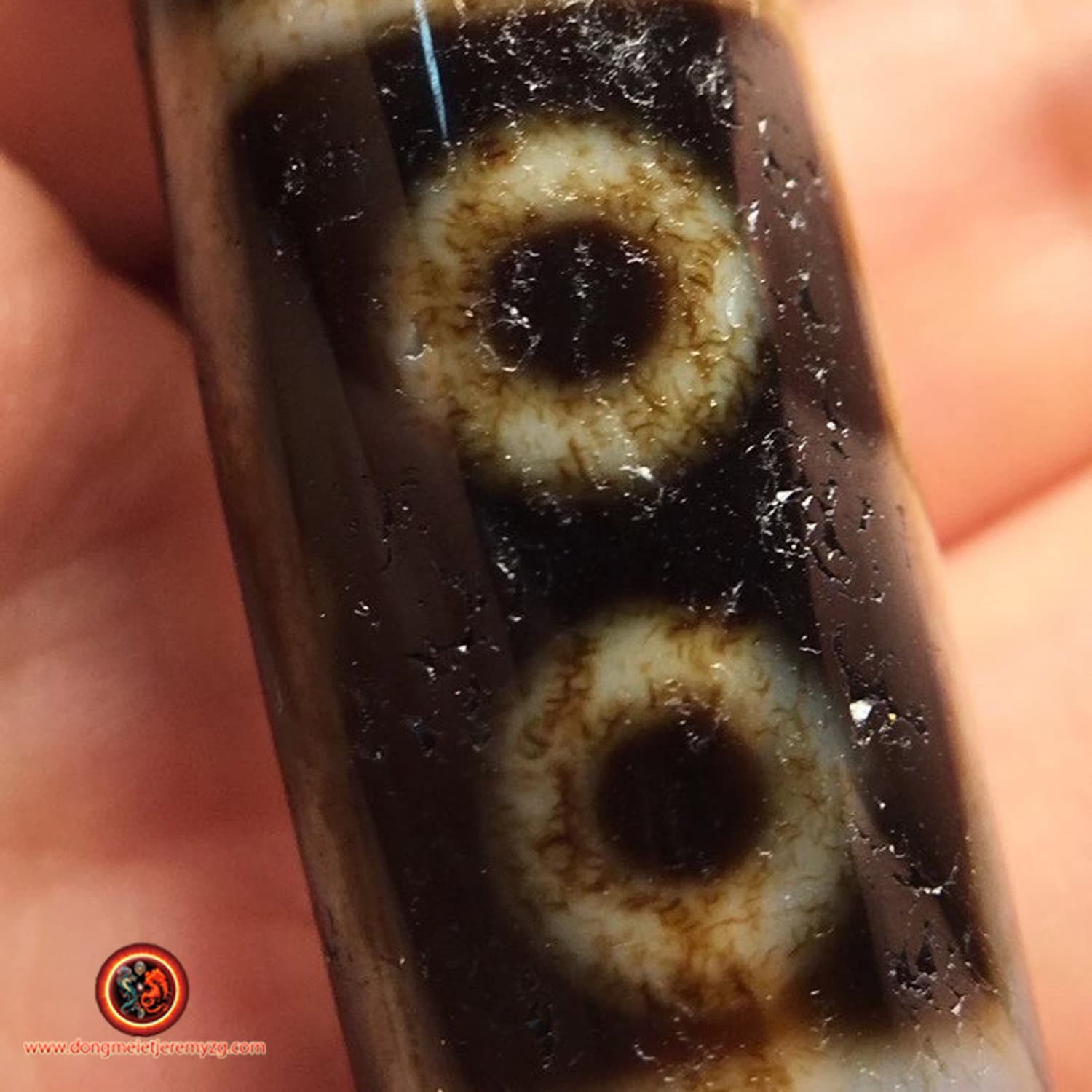 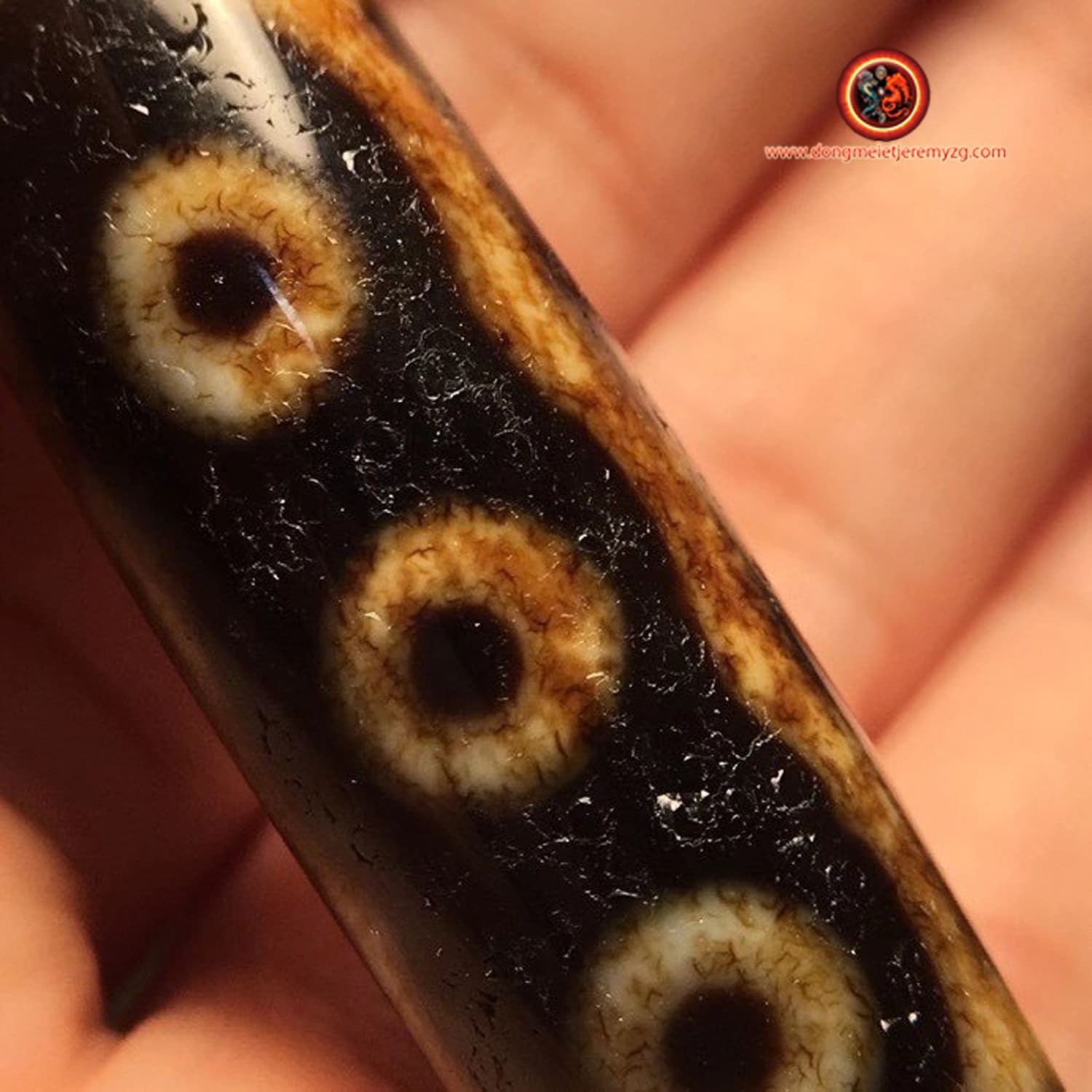 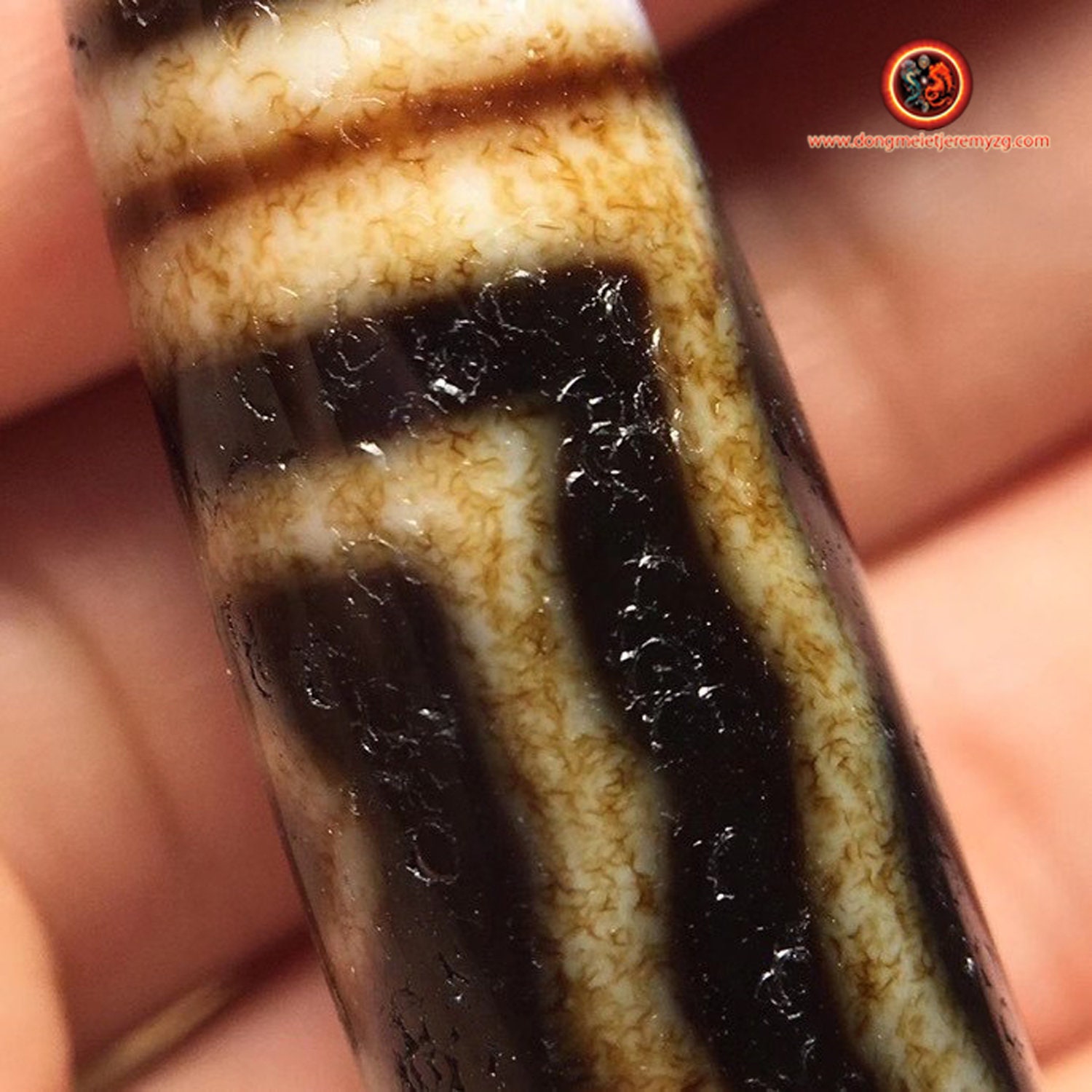 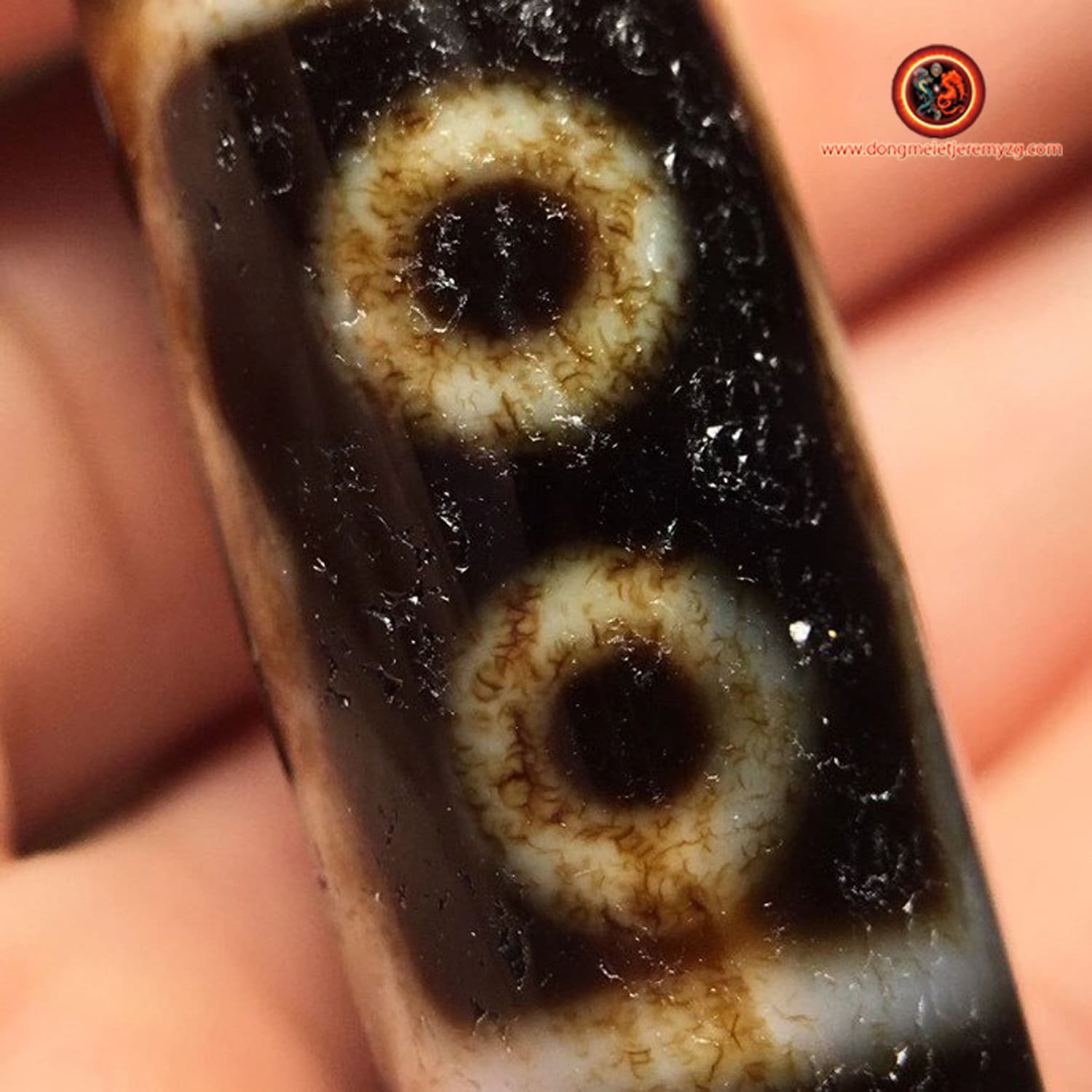 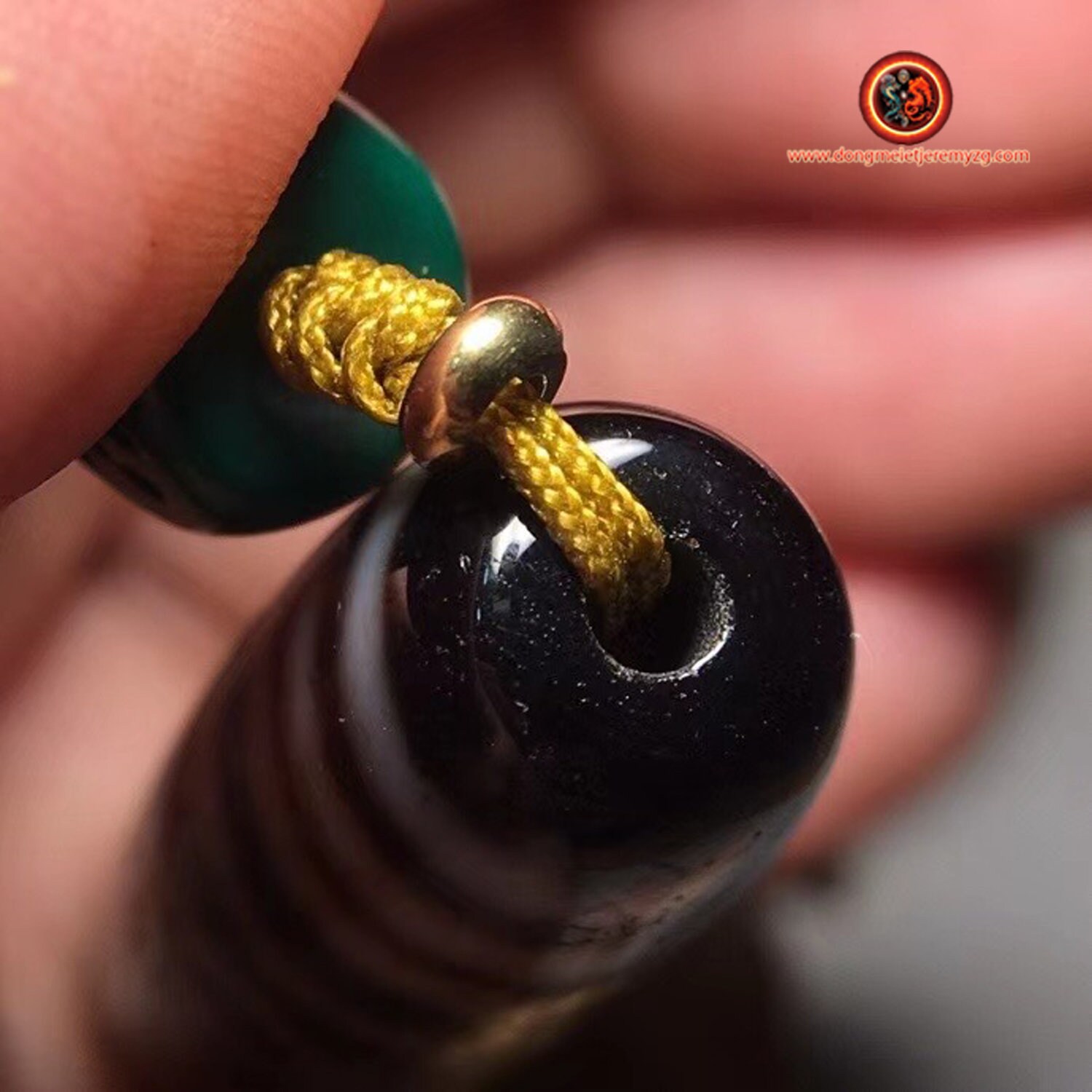 Mala, Buddhist rosary.
108 aquilaria beads 7mm in diameter each
authentic Tibetan sacree "DZI" with 5 eyes, rare
As a gemologist who graduated from the National Institute of Gemmology in Paris, all our stones are expert and certified.
Jaspe native to the Alashan Mountains in the desert of
silver 925

The 5-eyed Dzi are a highly sought-after magical element. It helps you get what you want, so it's a prized piece. The 5 eyes recall lightning and thunder, elements that put an end to ignorance. This is a clarification. This pearl would bring endless happiness.


Tibetan DZI or sacred agates are Tibetan talismans or amulets, the king of good luck, sometimes revered as a true deity. The success of the Tibetan pearl comes from its multiple eyes, up to 21.