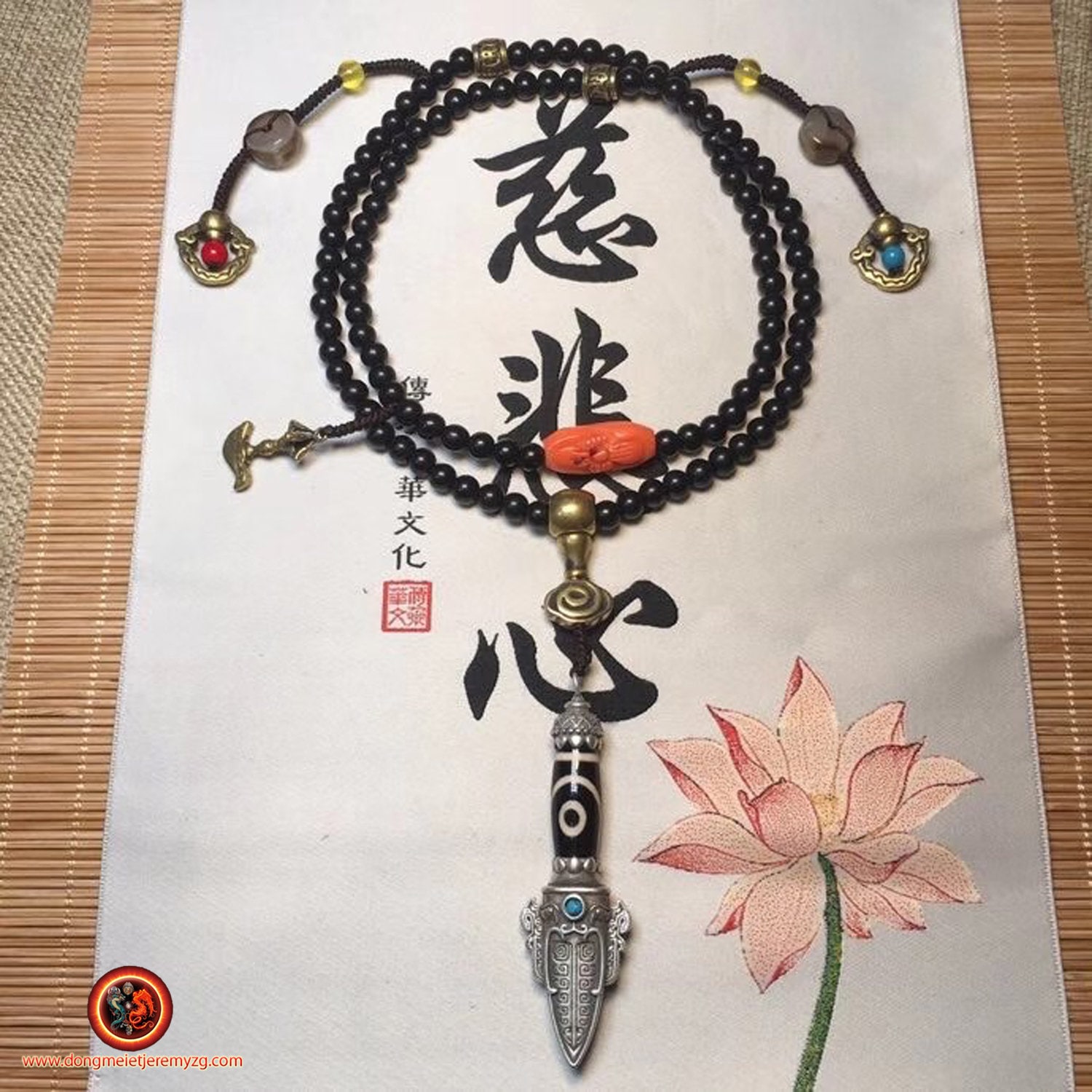 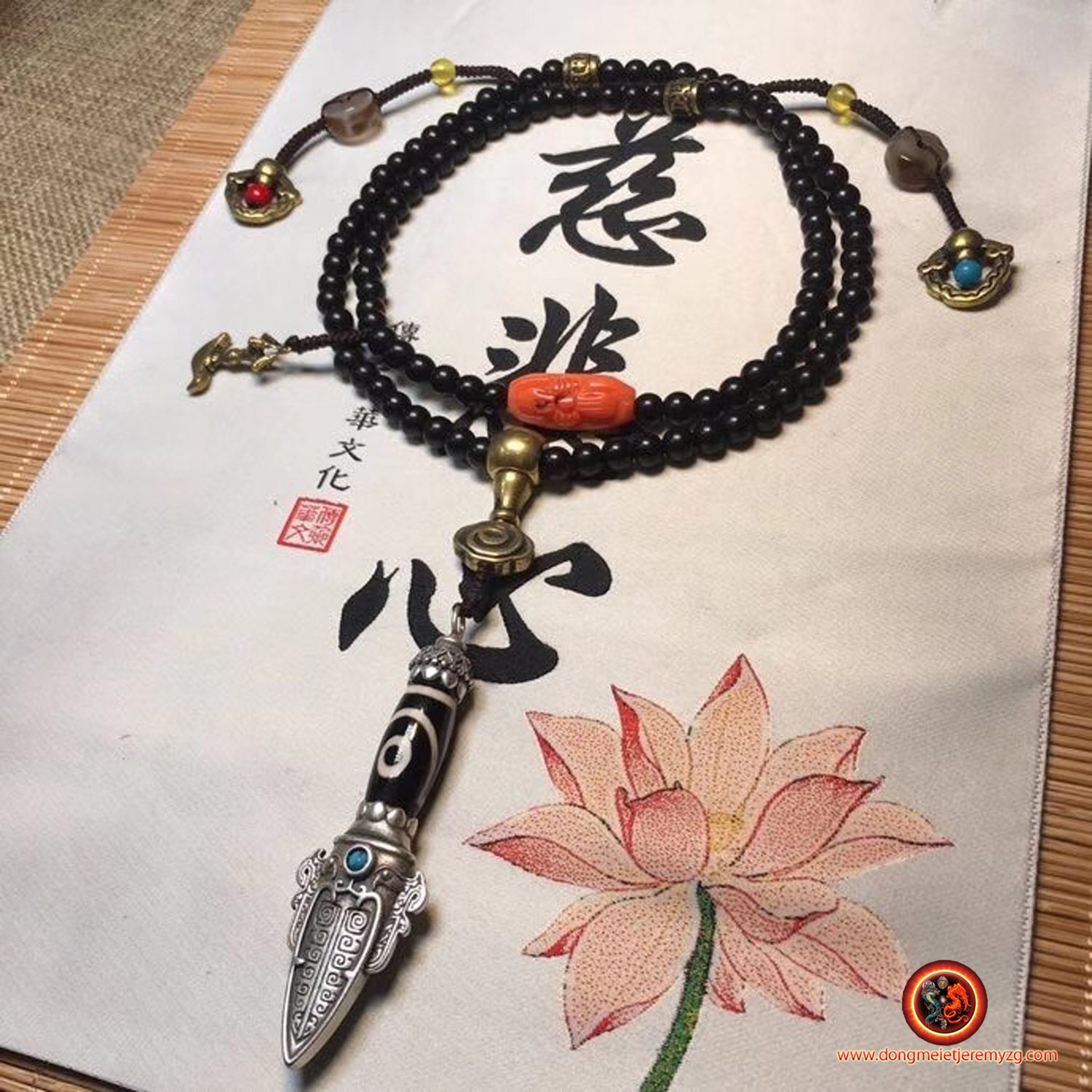 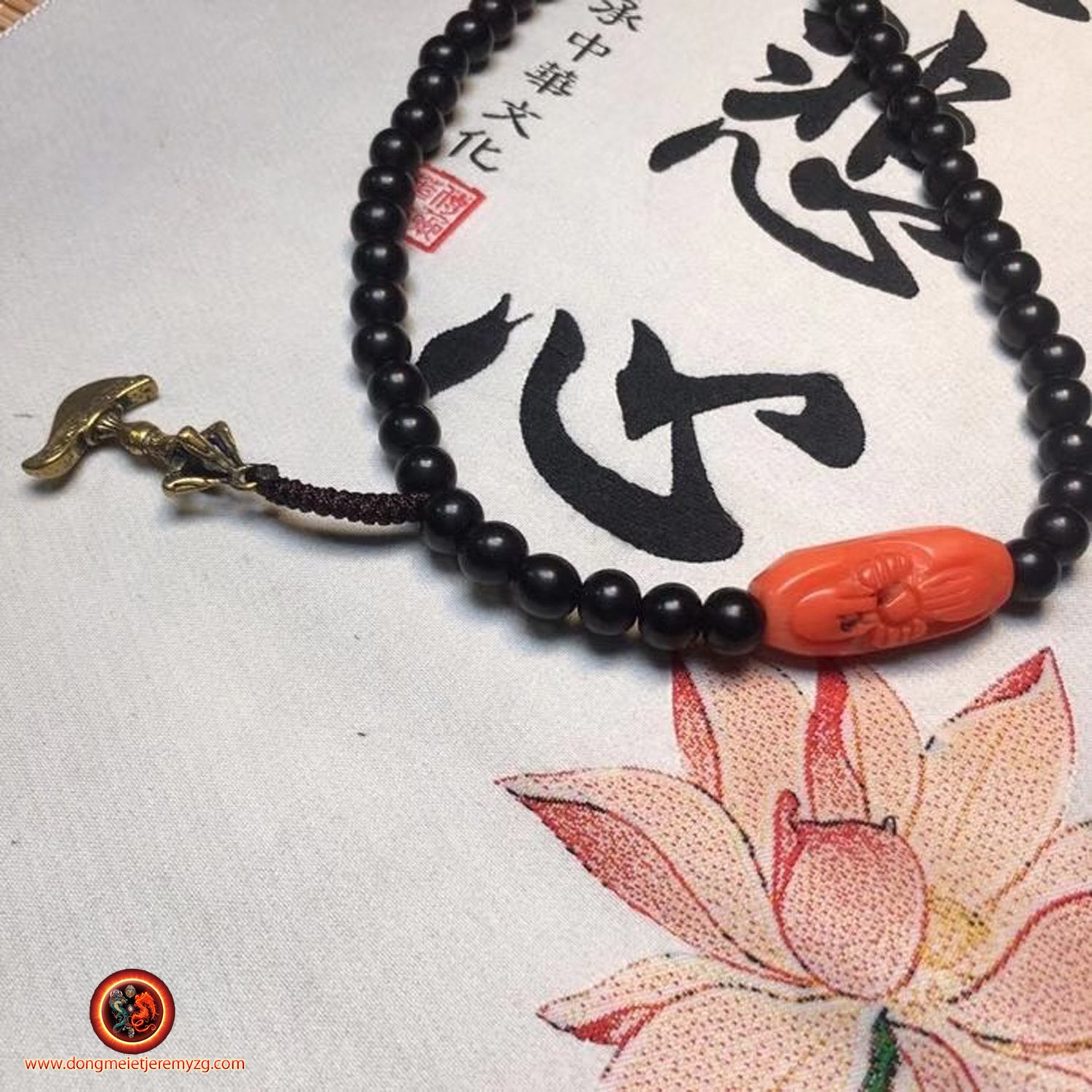 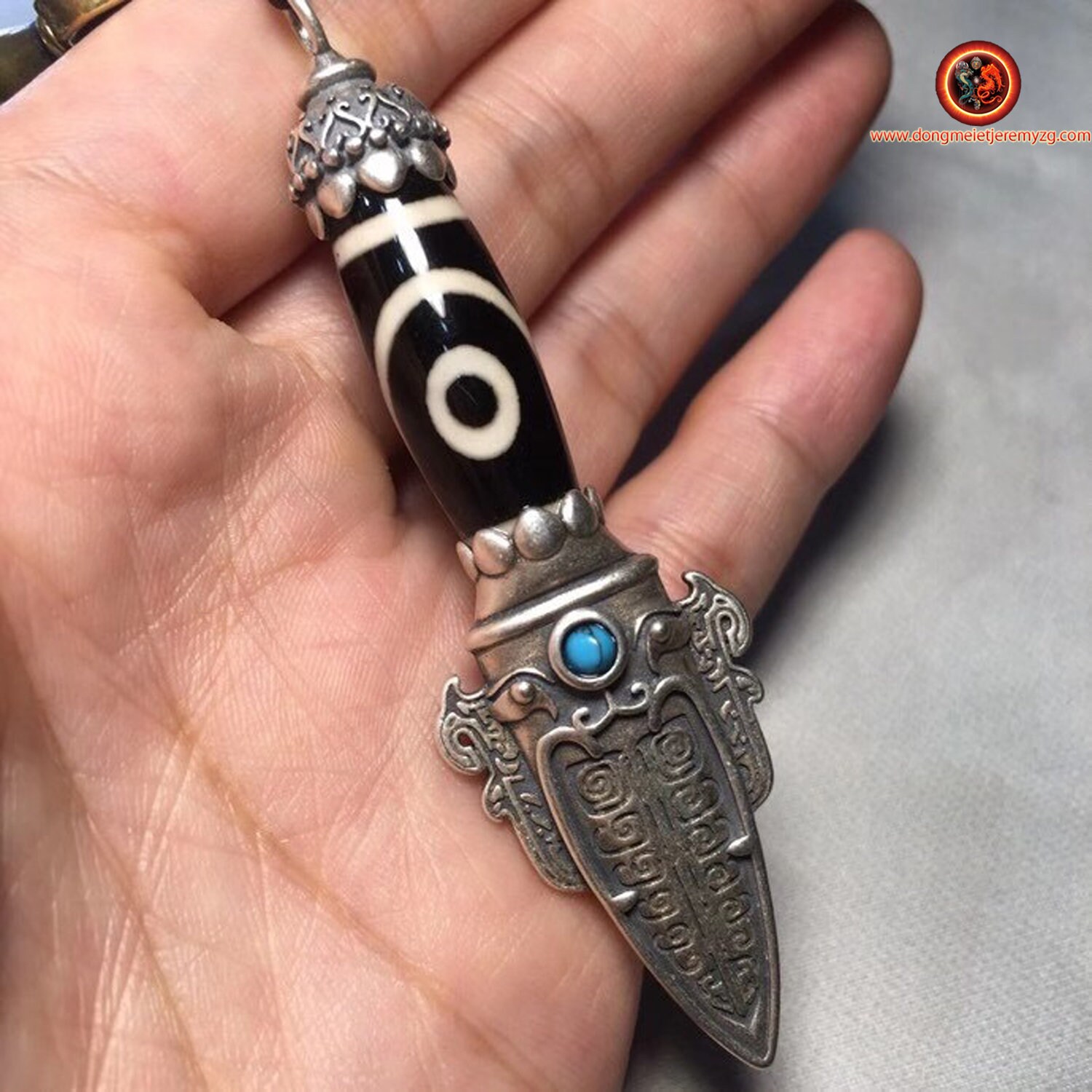 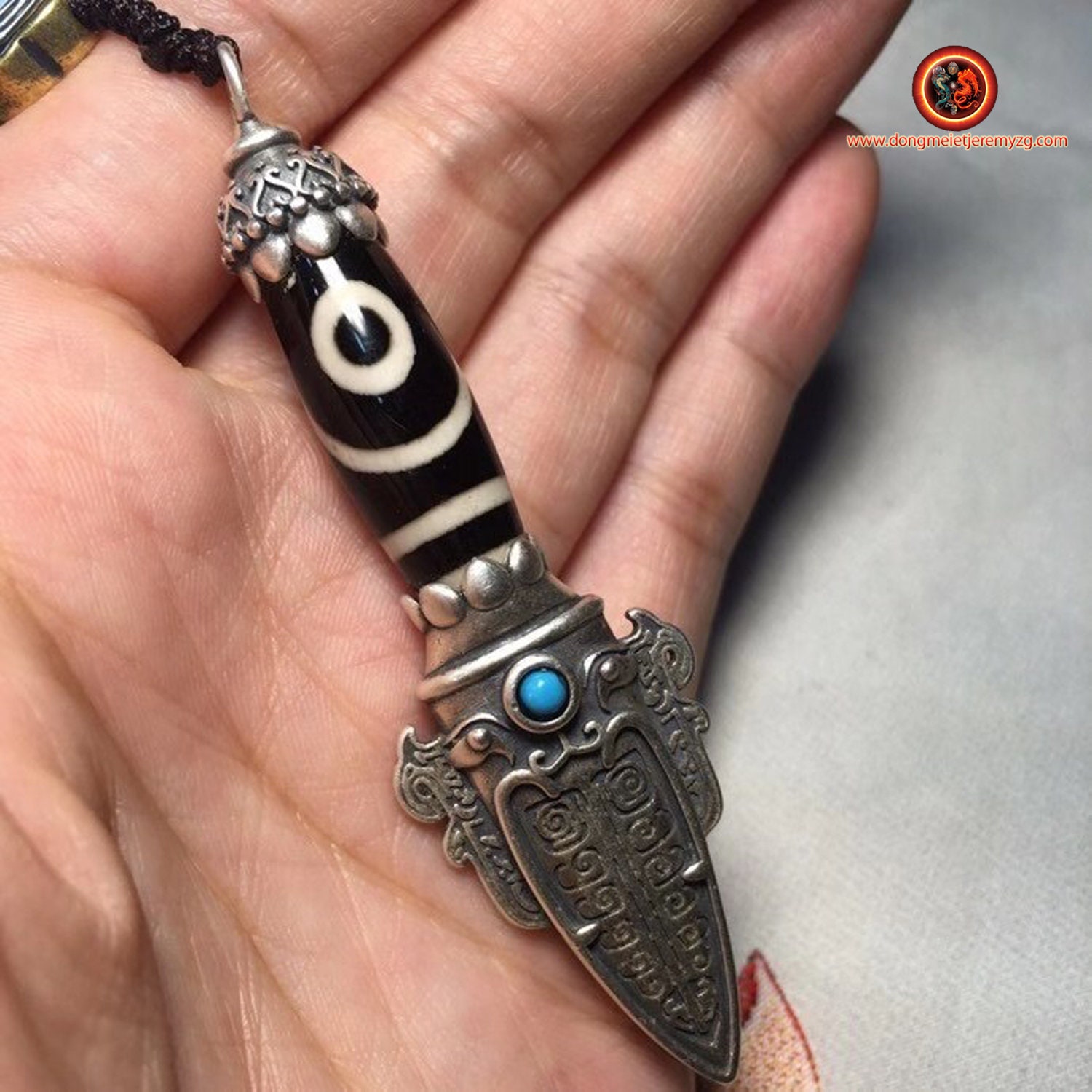 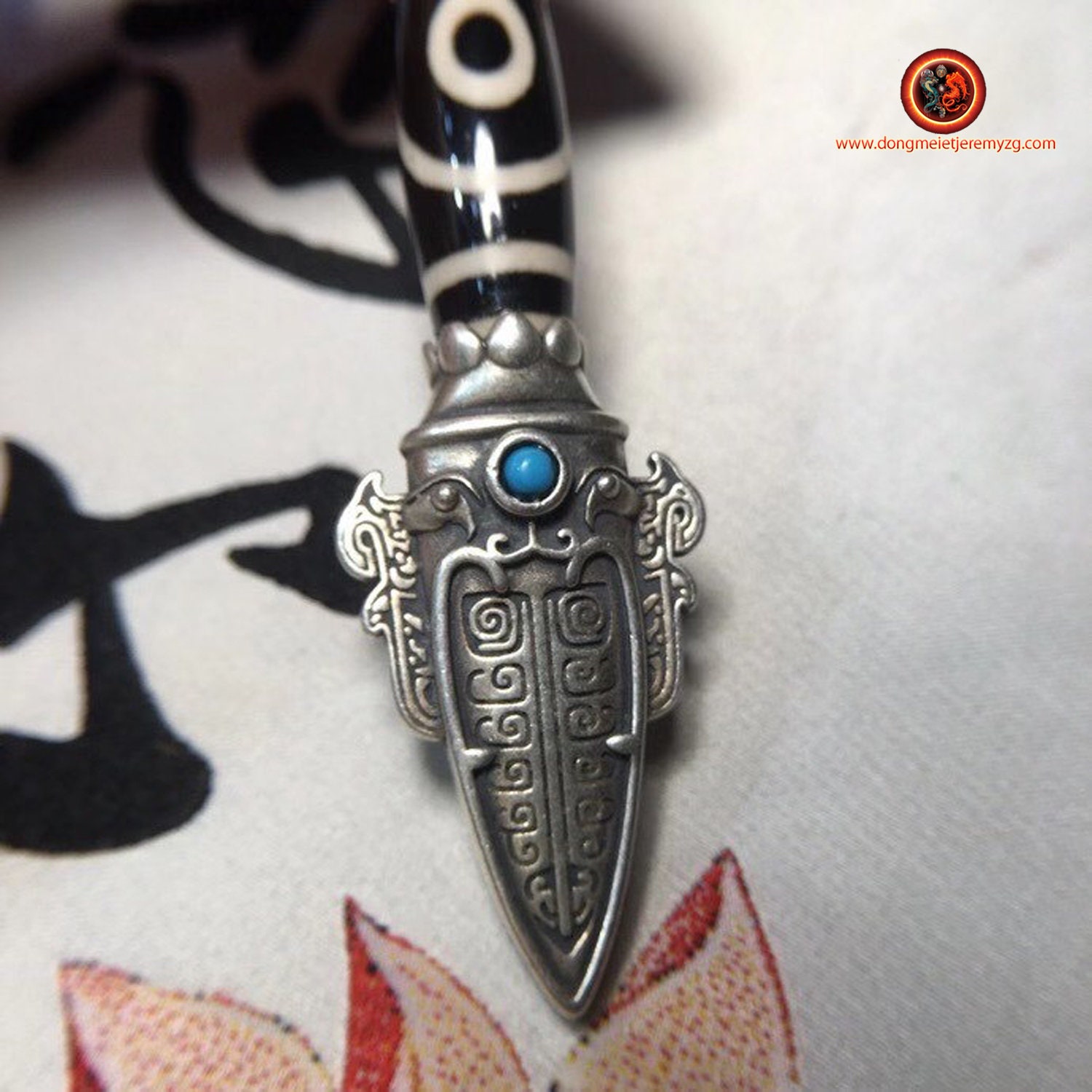 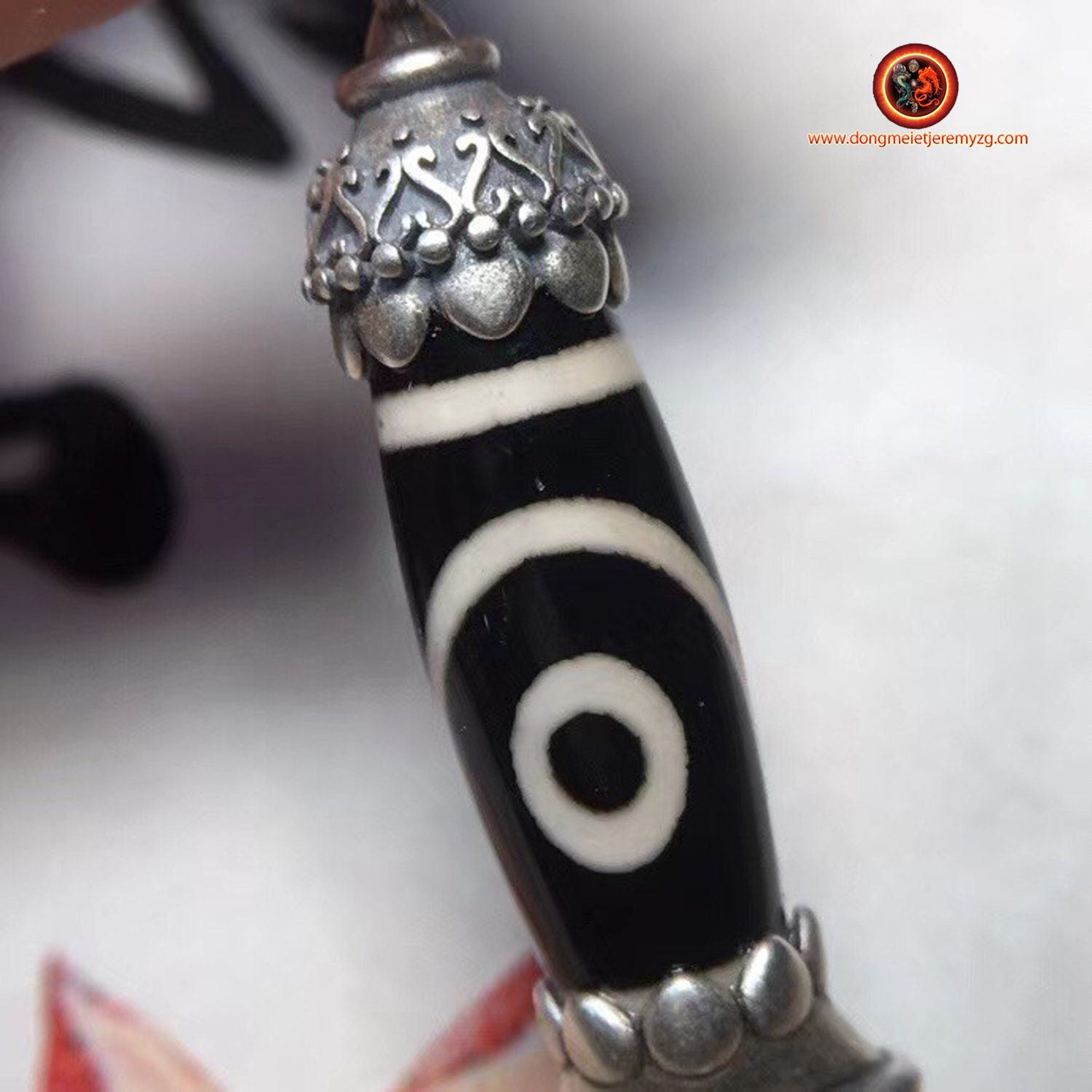 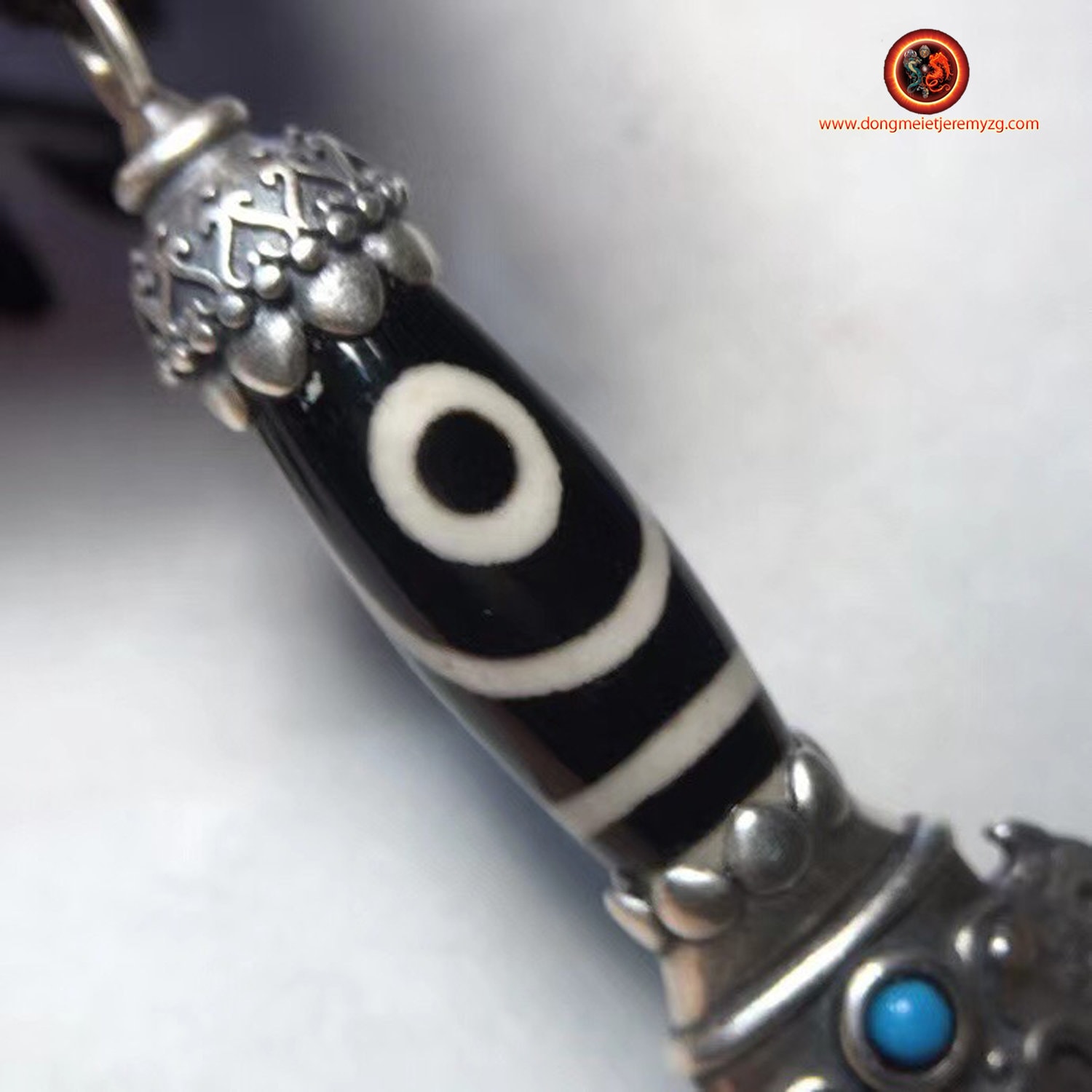 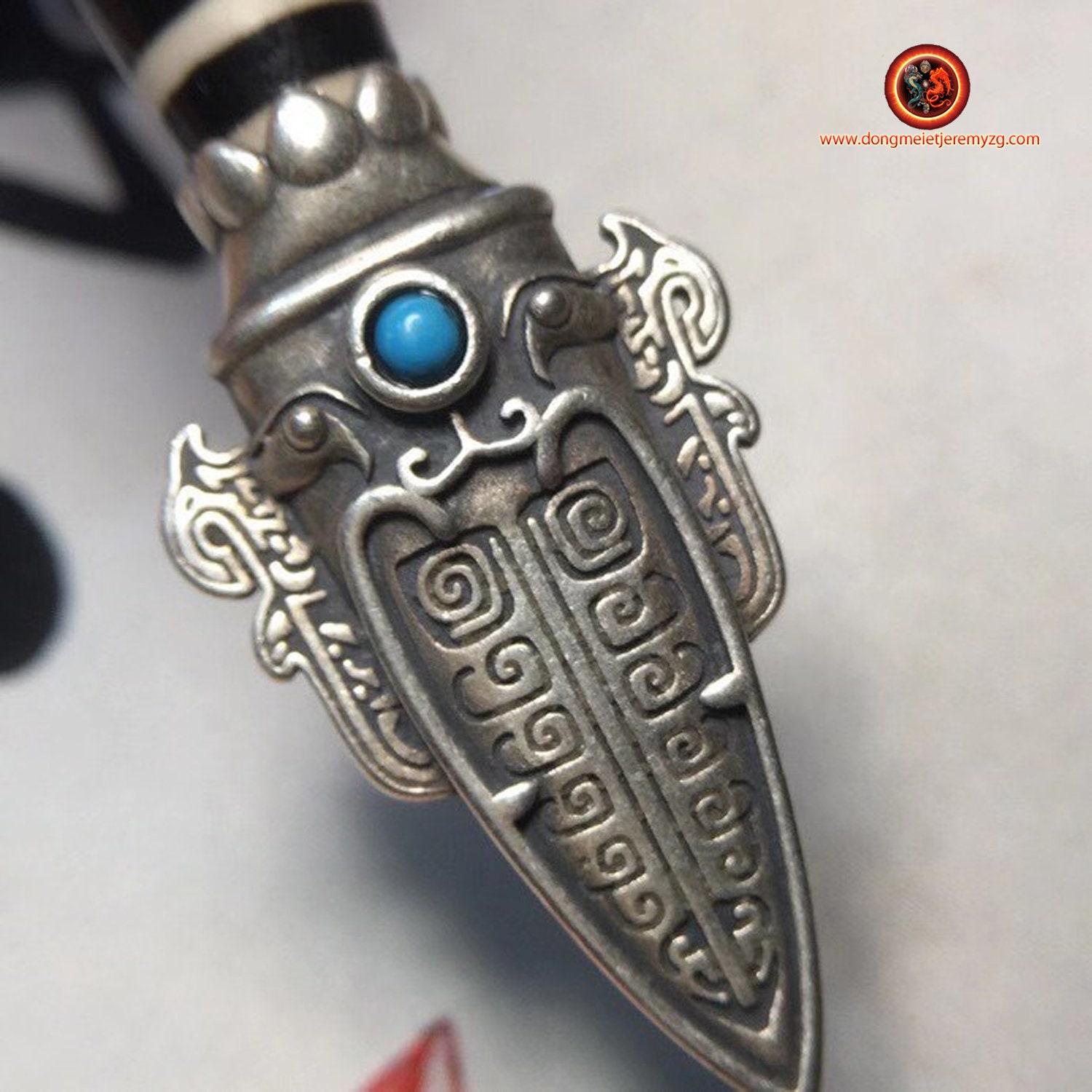 Tibetan two-eyed DZIS allows harmony between husband and wife to build a happy family, to ensure success and good relations with others. The two-eyed pearl represents the harmonious concept of Yin and Yang, the vital balance. So this pearl strengthens stability and balance.


925 silver reliquary depicting the taotié dragon.
Taoties, which scholars of the Ming dynasty listing the iconographic motifs of architecture and the visual arts are among the 9 sons of the Dragon (龍九), "love to drink and eat". The two characters that make up the word 饕餮 taotie also contain the component食 which means "eat," "food," "animal feed" and it is precisely on vases intended for food offerings that their stylized image is most often found.

The design usually consists of a zoomorphic mask, described as frontal, bilateral symmetry, with a pair of raised eyes and generally without area of the lower jaw. Some claim that the design can be attributed to jade pieces found in Neolithic sites such as the Liangzhu culture (3310-2250 BC).

In ancient Chinese mythology as "classic of mountains and seas," taotie (饕餮) is one of the "four dark creatures of the world," as are Hundun (混沌), Qiongqi (窮奇) and Taowu (梼杌). On the other side, there are four holy creatures in Chinese mythology called Azure Dragon, Vermilion Bird, White Tiger and Black Turtle. The four are also sometimes friends and juxtapose with the four benevolent animals that are Qilin (麒麟), Dragon (龍), Turtle (龜) and Fenghuang (鳳凰).