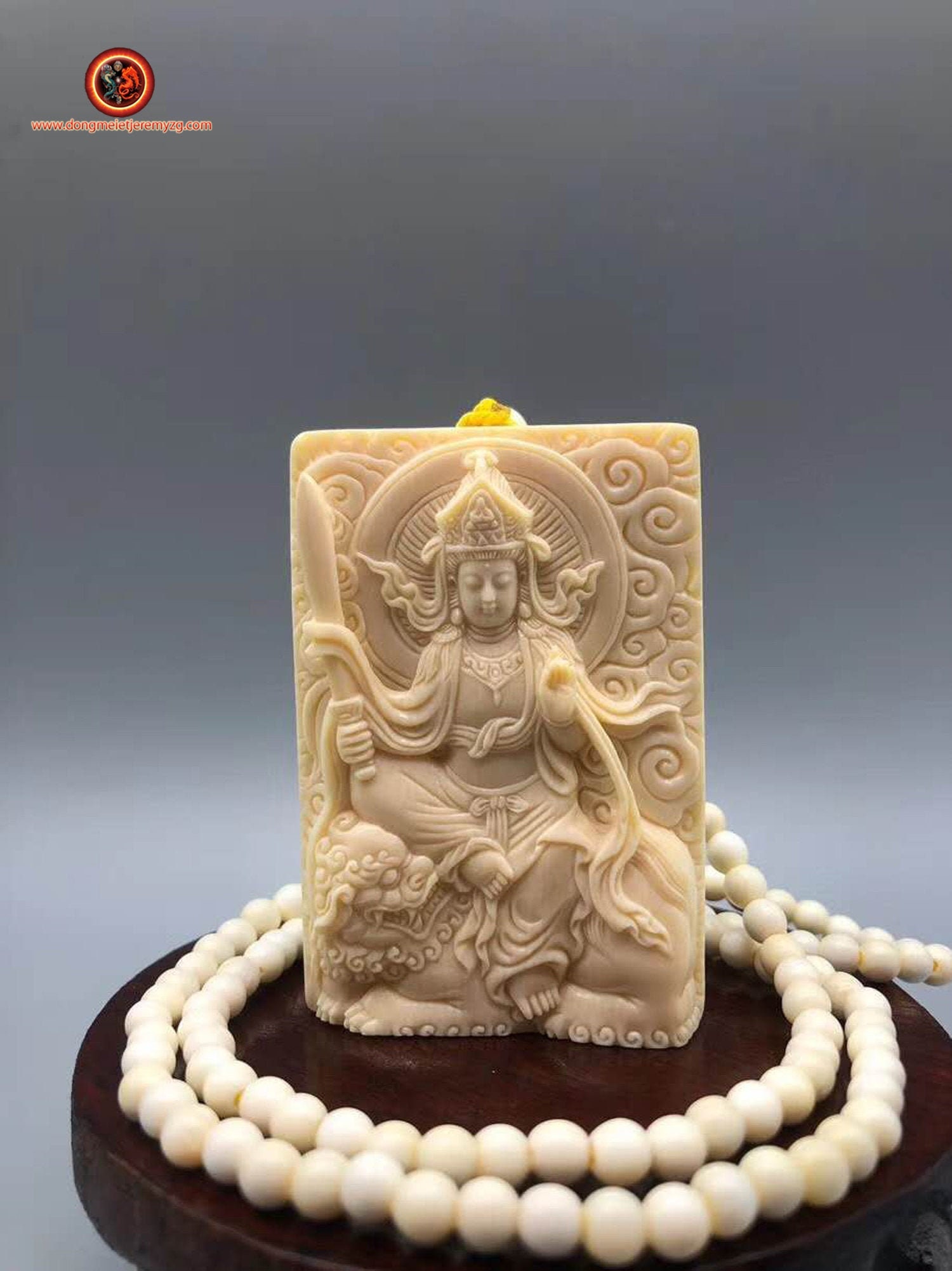 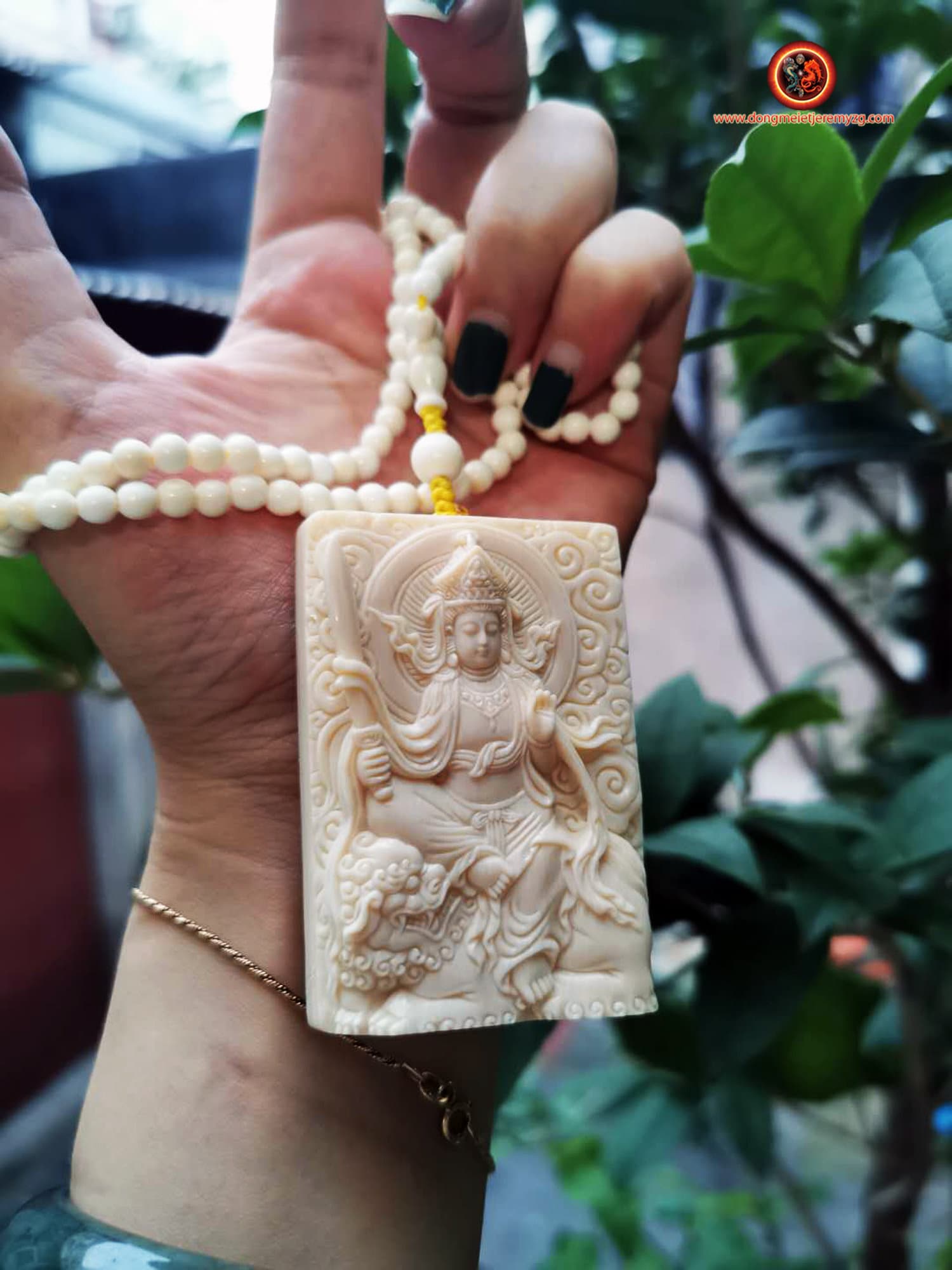 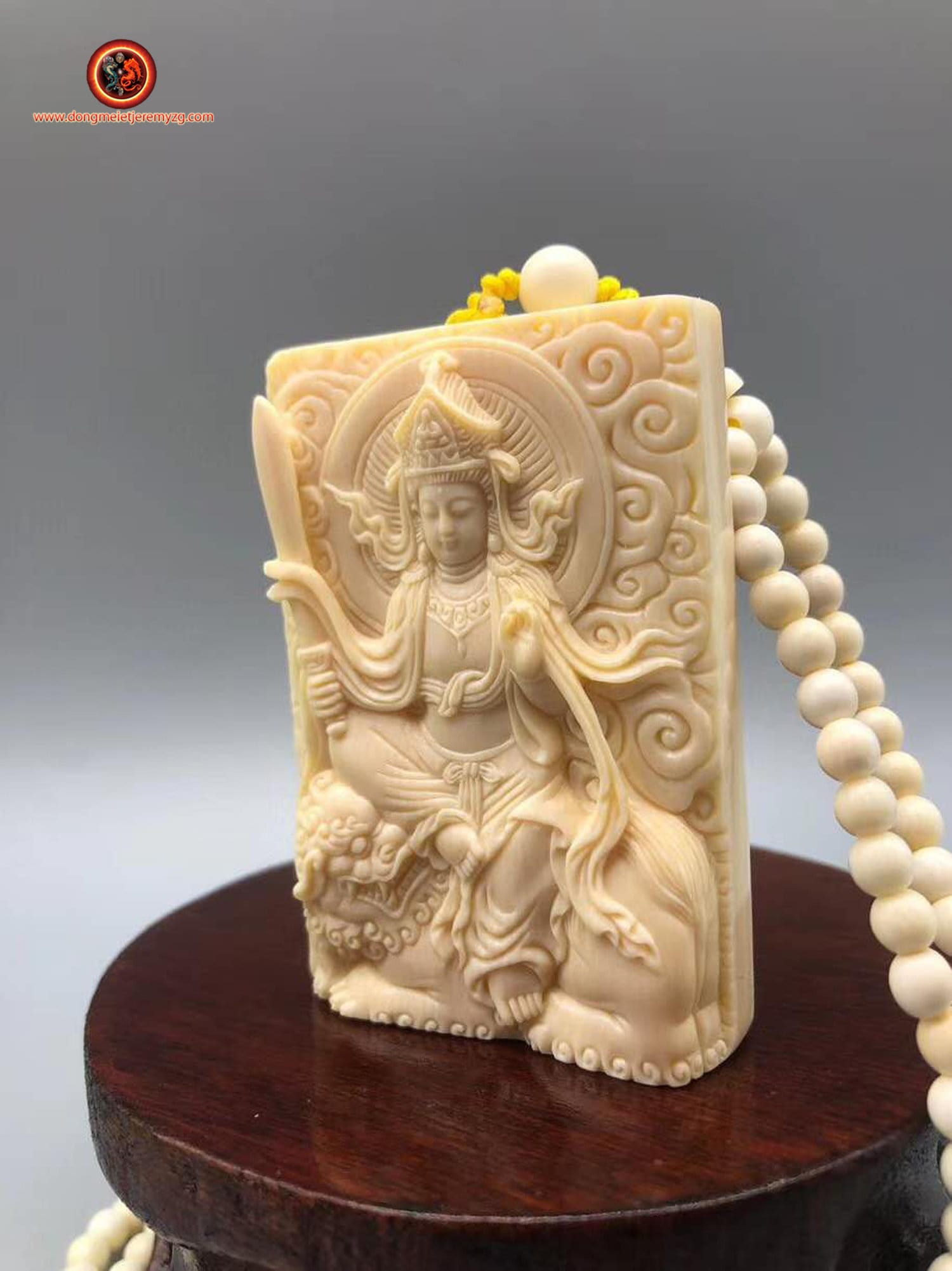 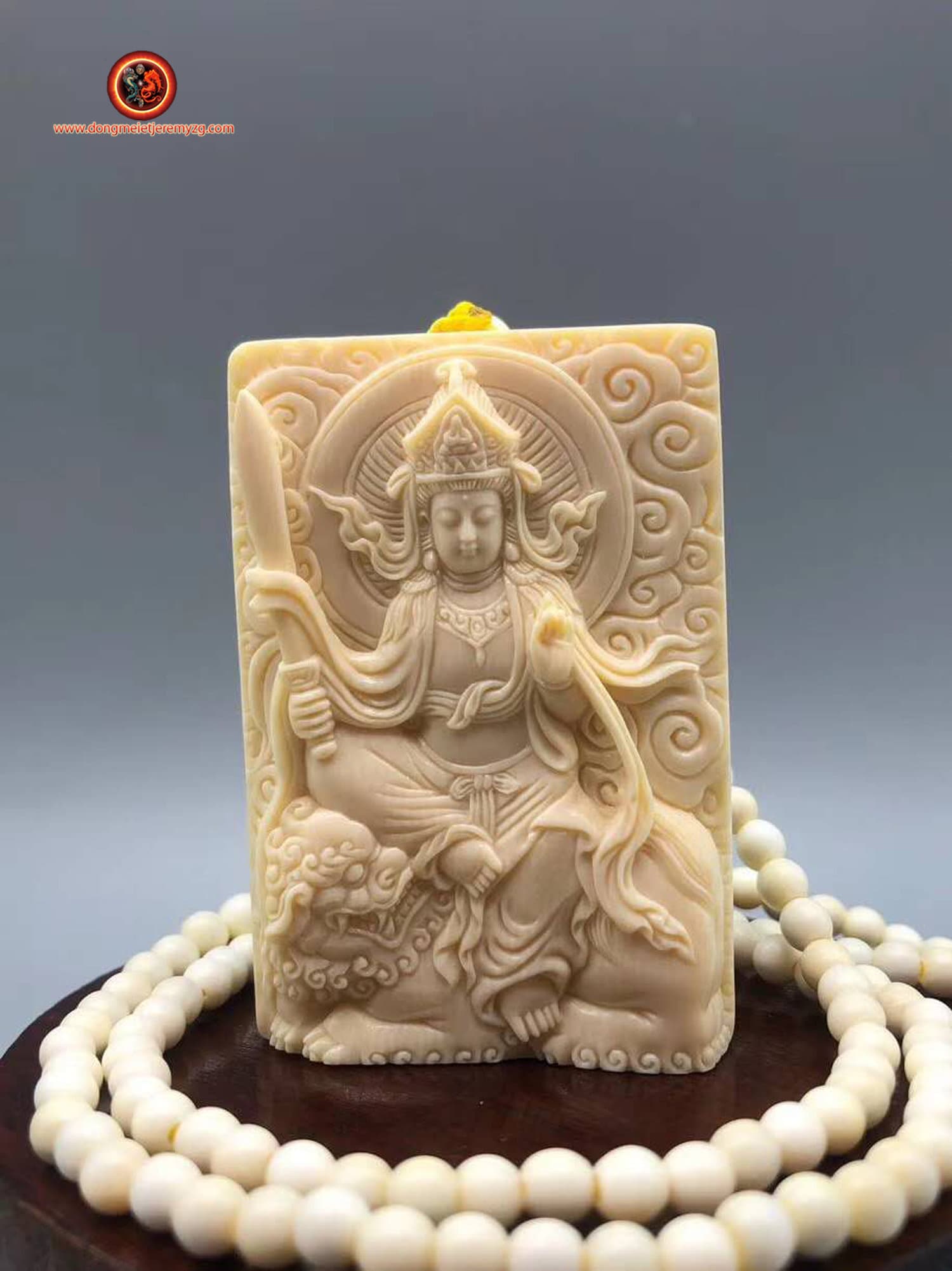 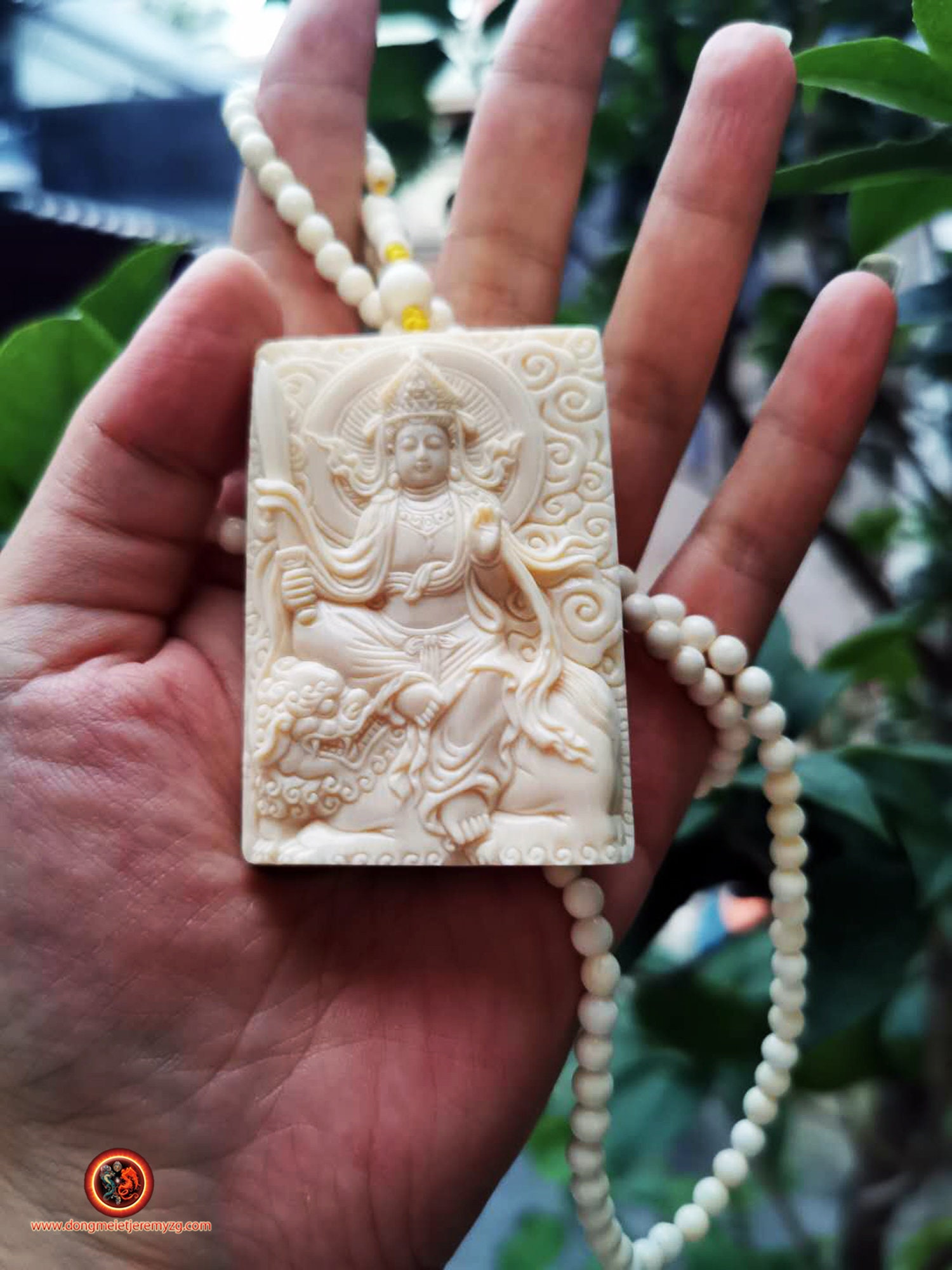 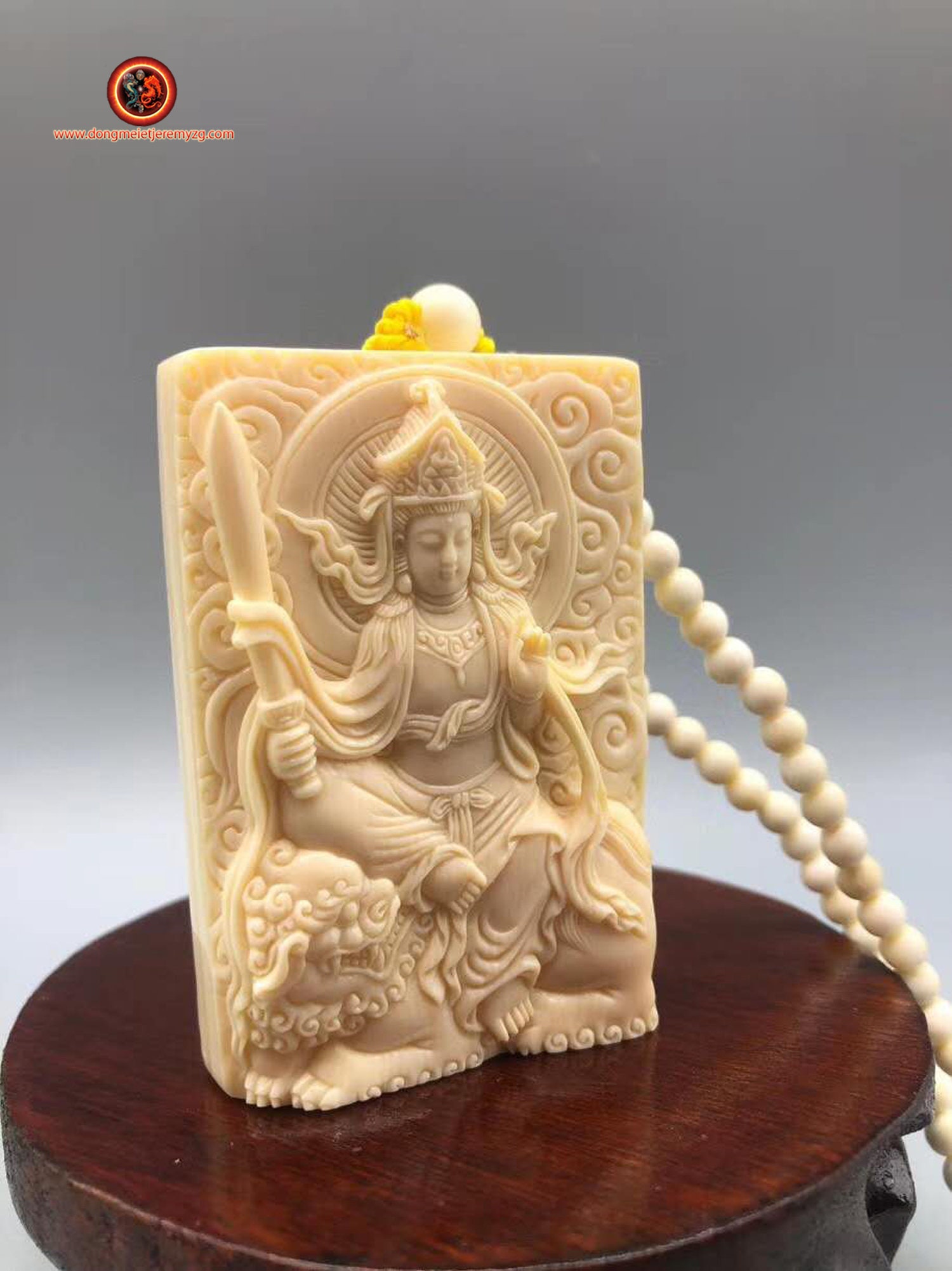 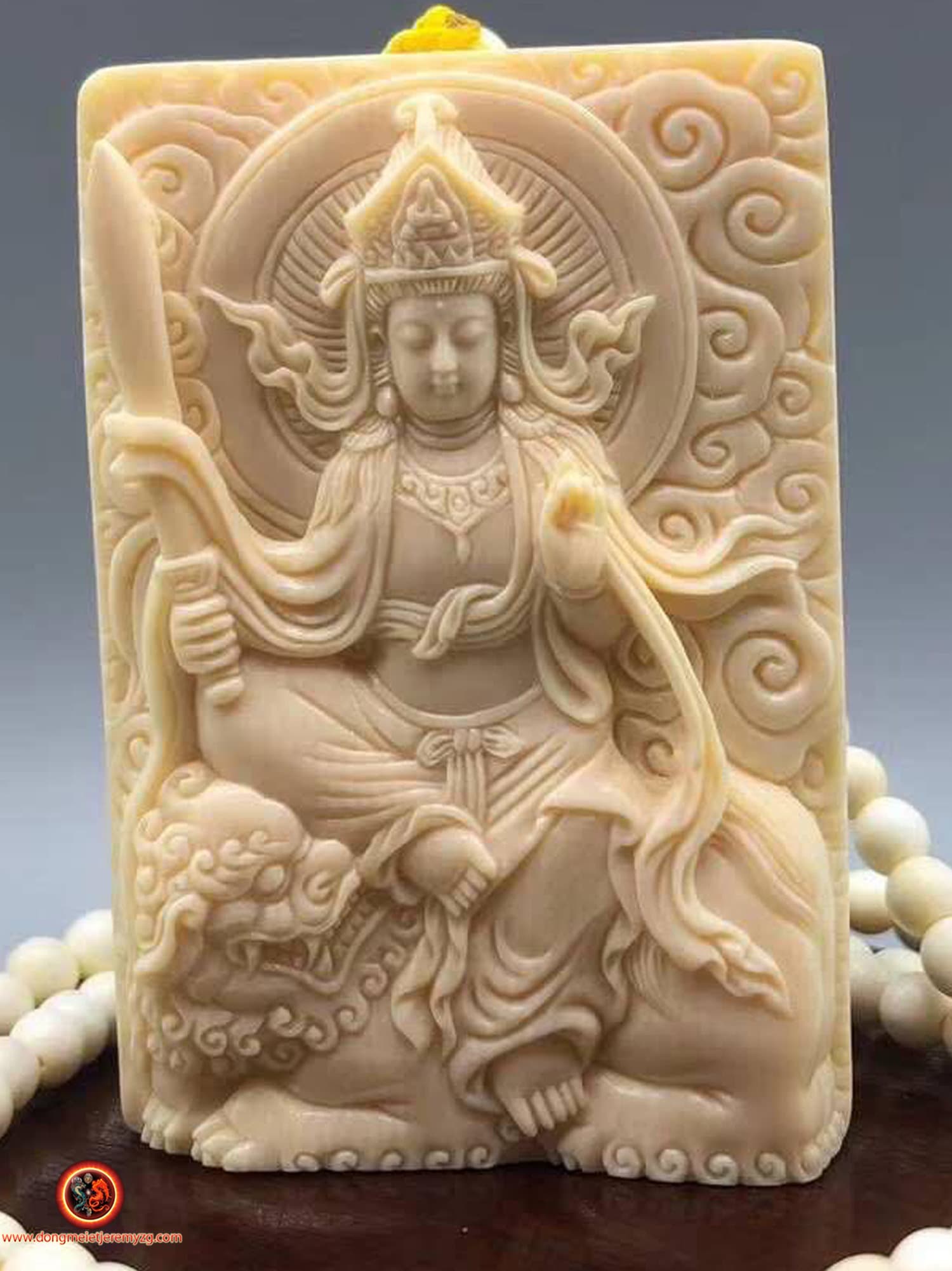 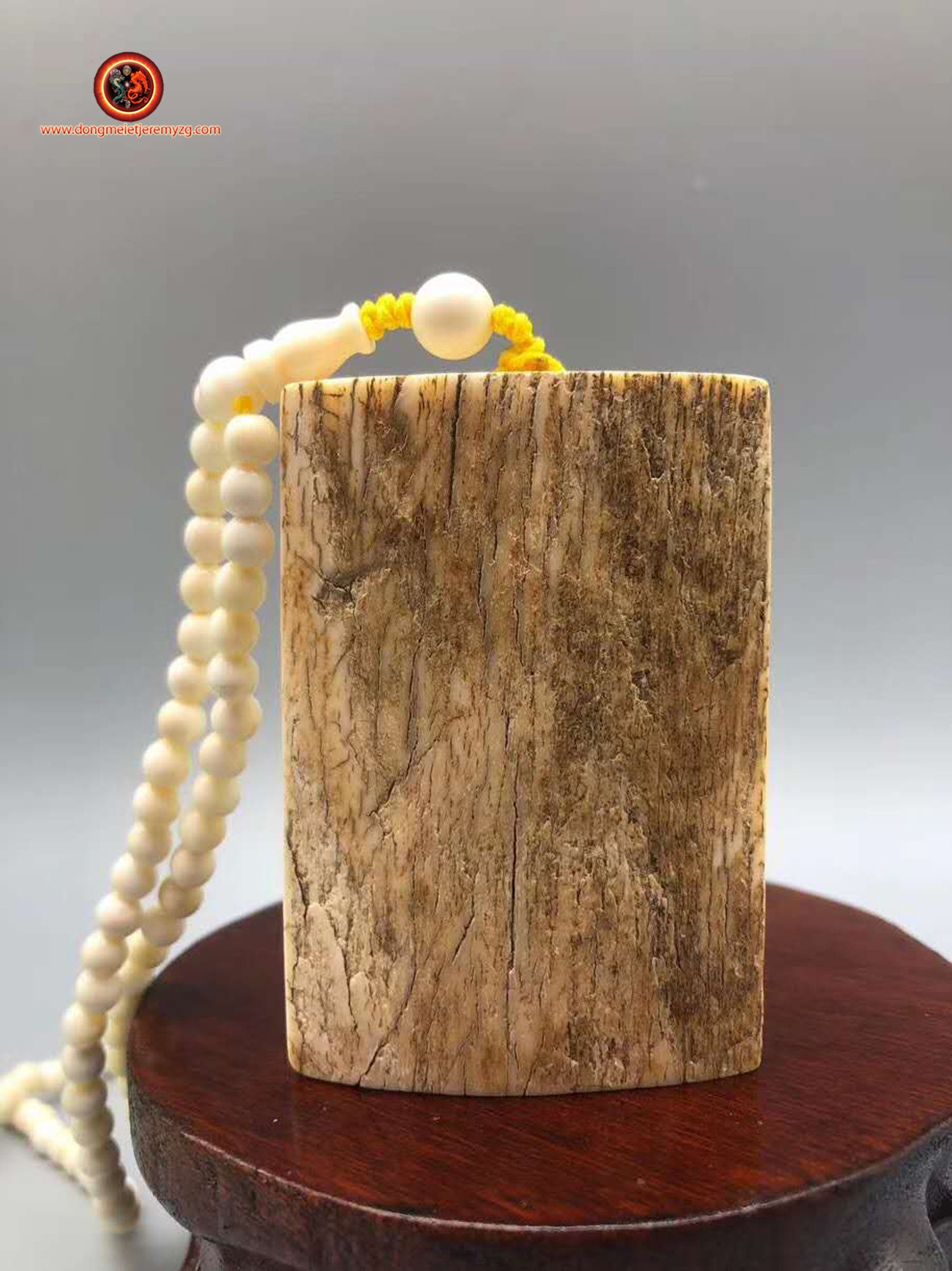 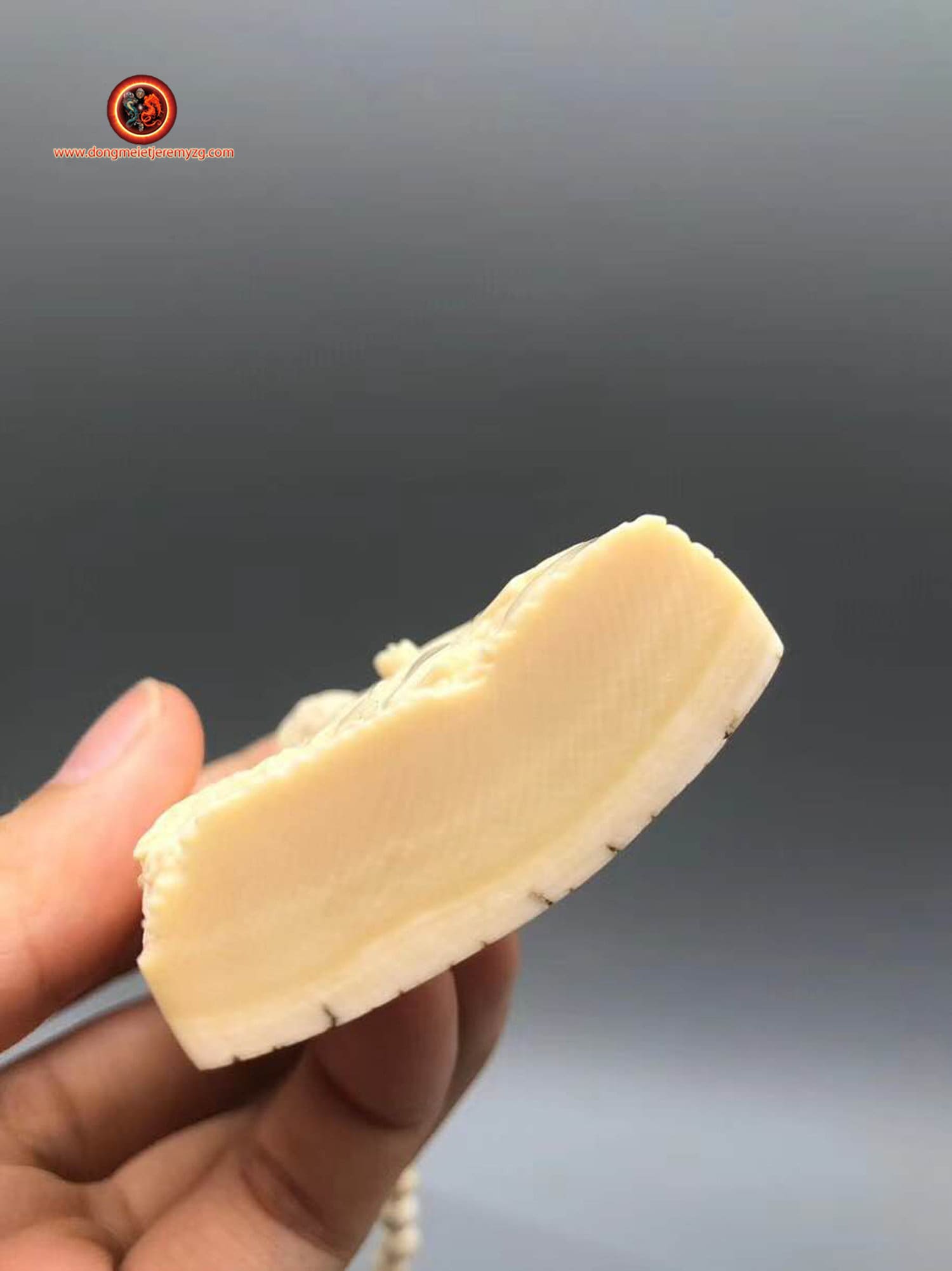 Mammoth's Ivory is easily recognizable by the curved Schreger lines crossing at an angle of less than 90 degrees while those of the elephant intersect at 115 degrees. Elephant ivory is strictly prohibited for sale.
Most mammoth species died out 15,000 to 12,000 years ago. A last species of dwarf mammoth is recorded in northern Siberia, on Wrangel Island, between 5,700 and 1,700 BC.
Our mammoth ivory comes from the Siberian permafrost in Yakuti.

The mala, trengwa, in Tibetan is the rosary of the Buddhist, the object from which the monk (or even the lay practitioner) almost never separates, holding it in his hand or wrapped around the wrist.
The mala is first of all a utilitarian onjet: it serves as a tactile medium for the recitation of mantras, at the same time as it is used to count them if one has set a set to repeat a defined number.
The mala is composed of 18, 108 or 128 beads strung, which justifies its name, since it simply means "garland" (beads). The various components each contain a symbolic meaning specify: The big pearl (or Buddha's head) that closes the loop meets the knowledge of emptiness. The small cone that overcomes it is the mark of emptiness itself.