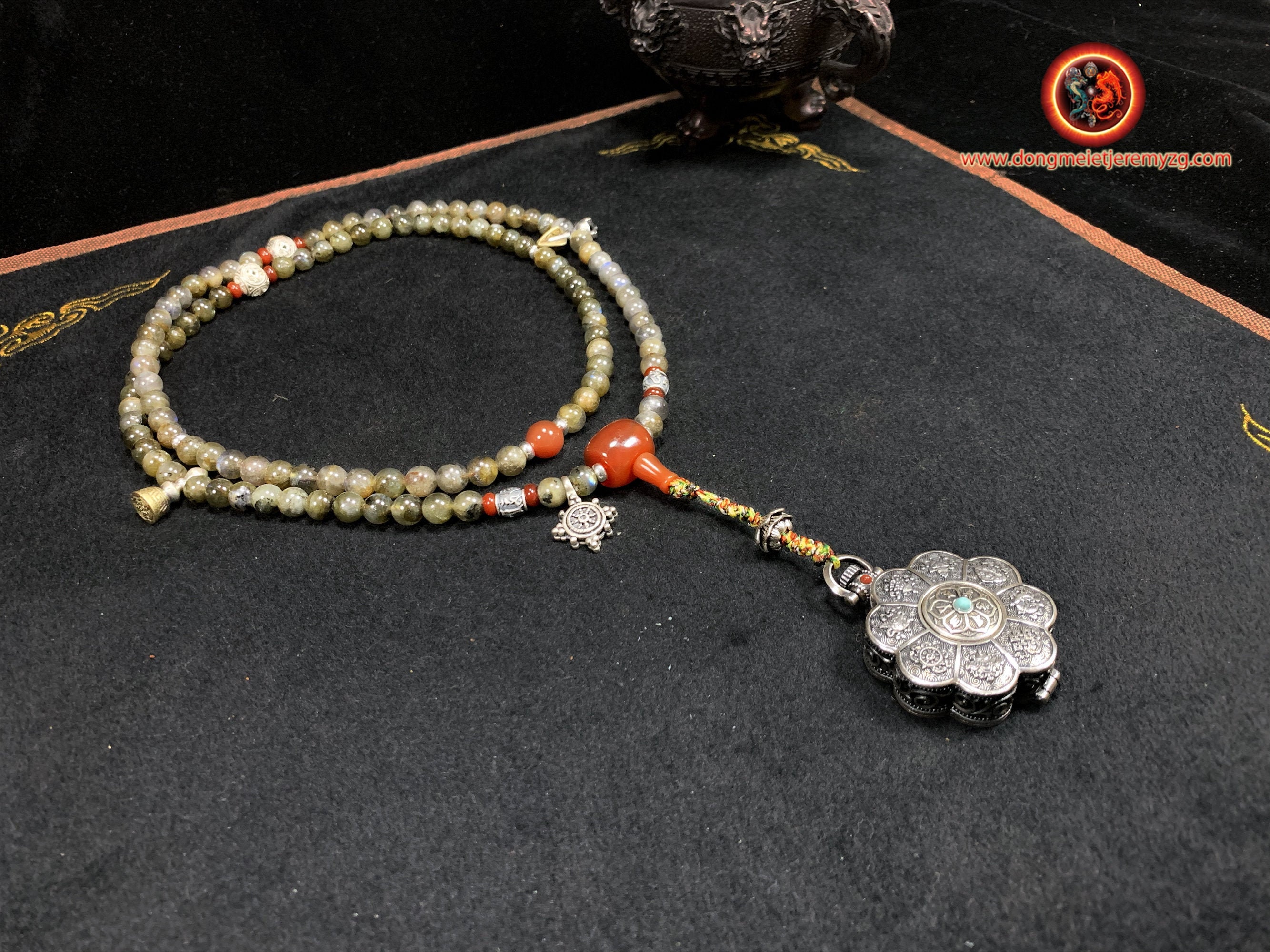 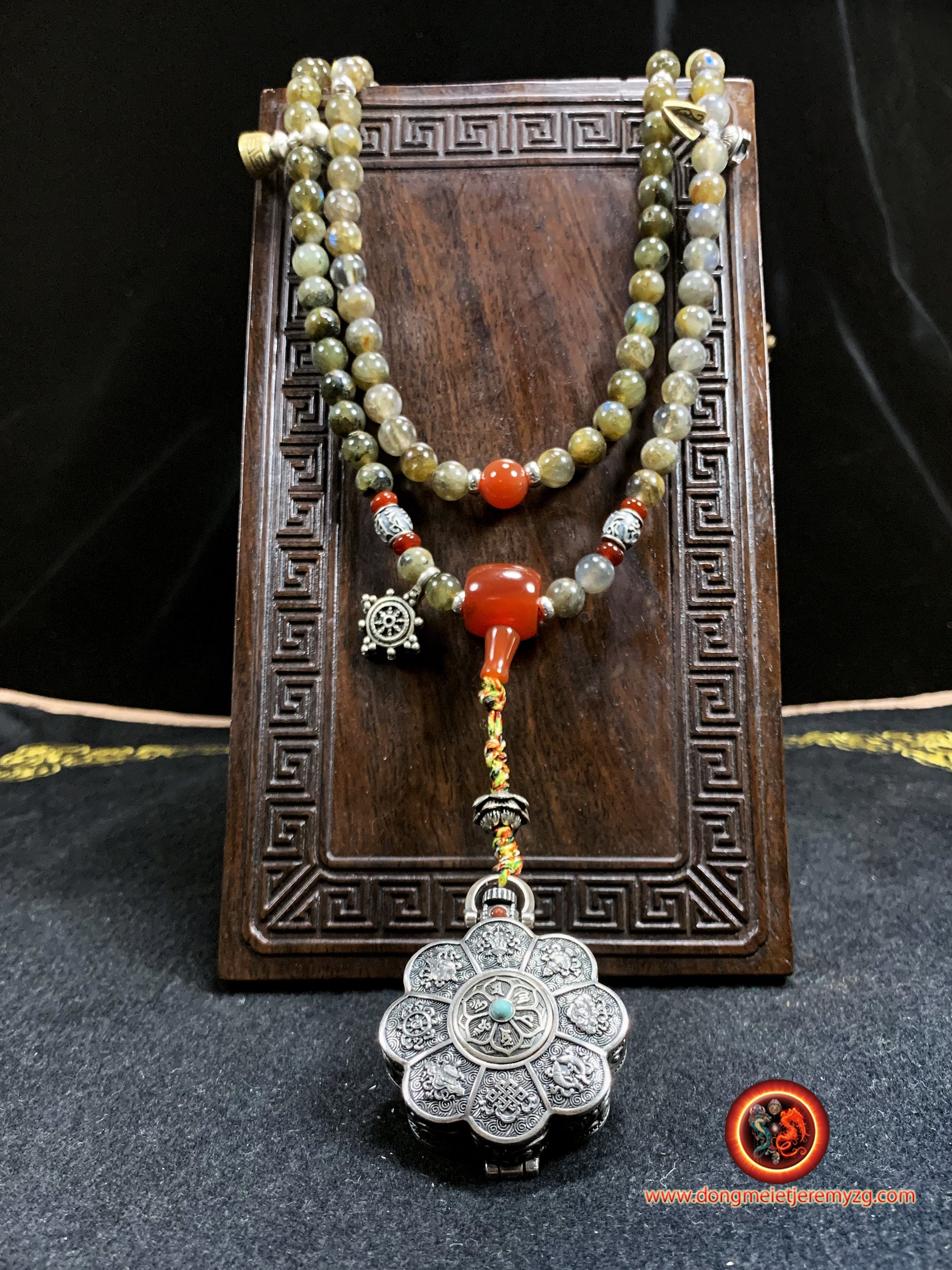 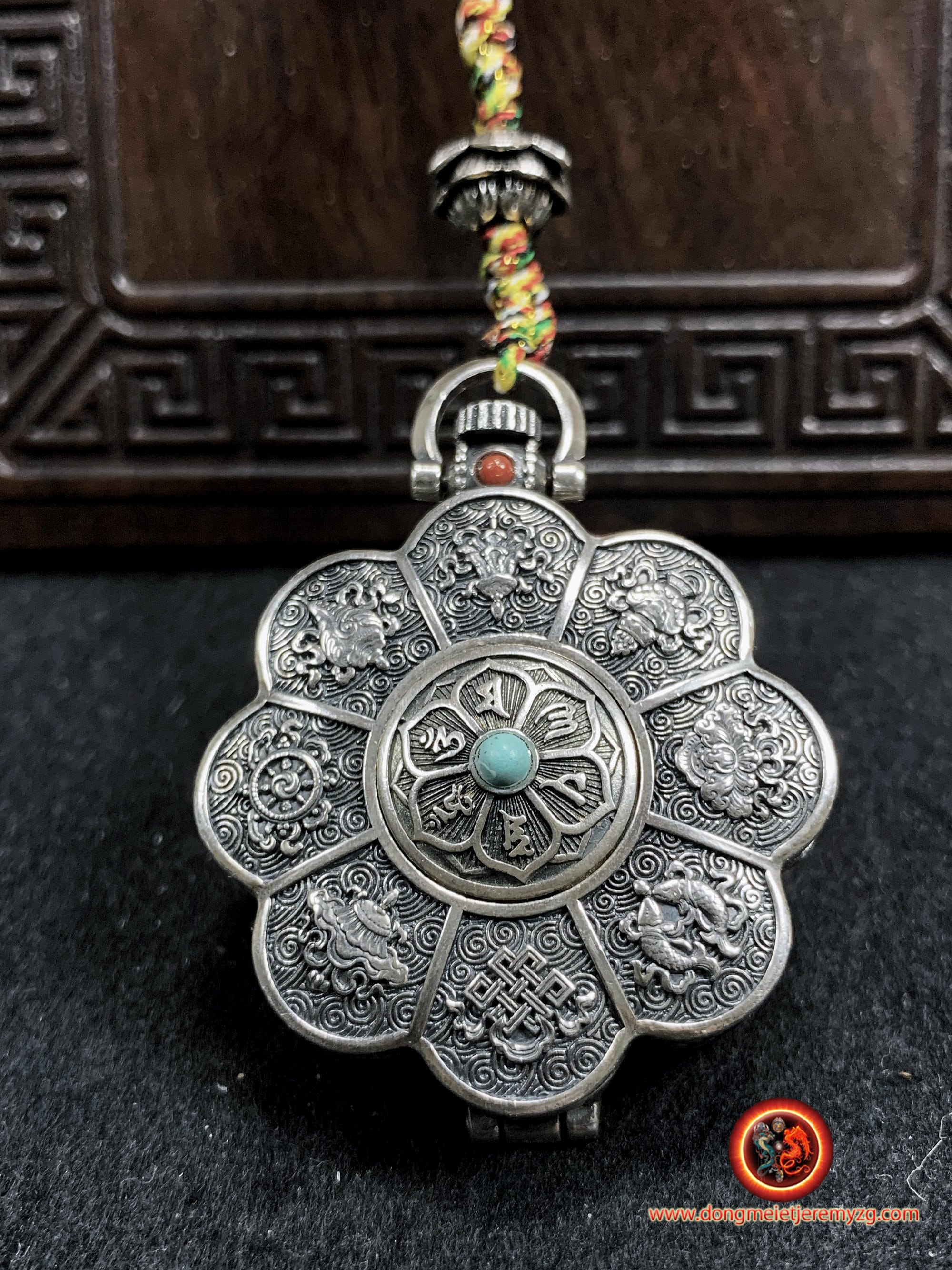 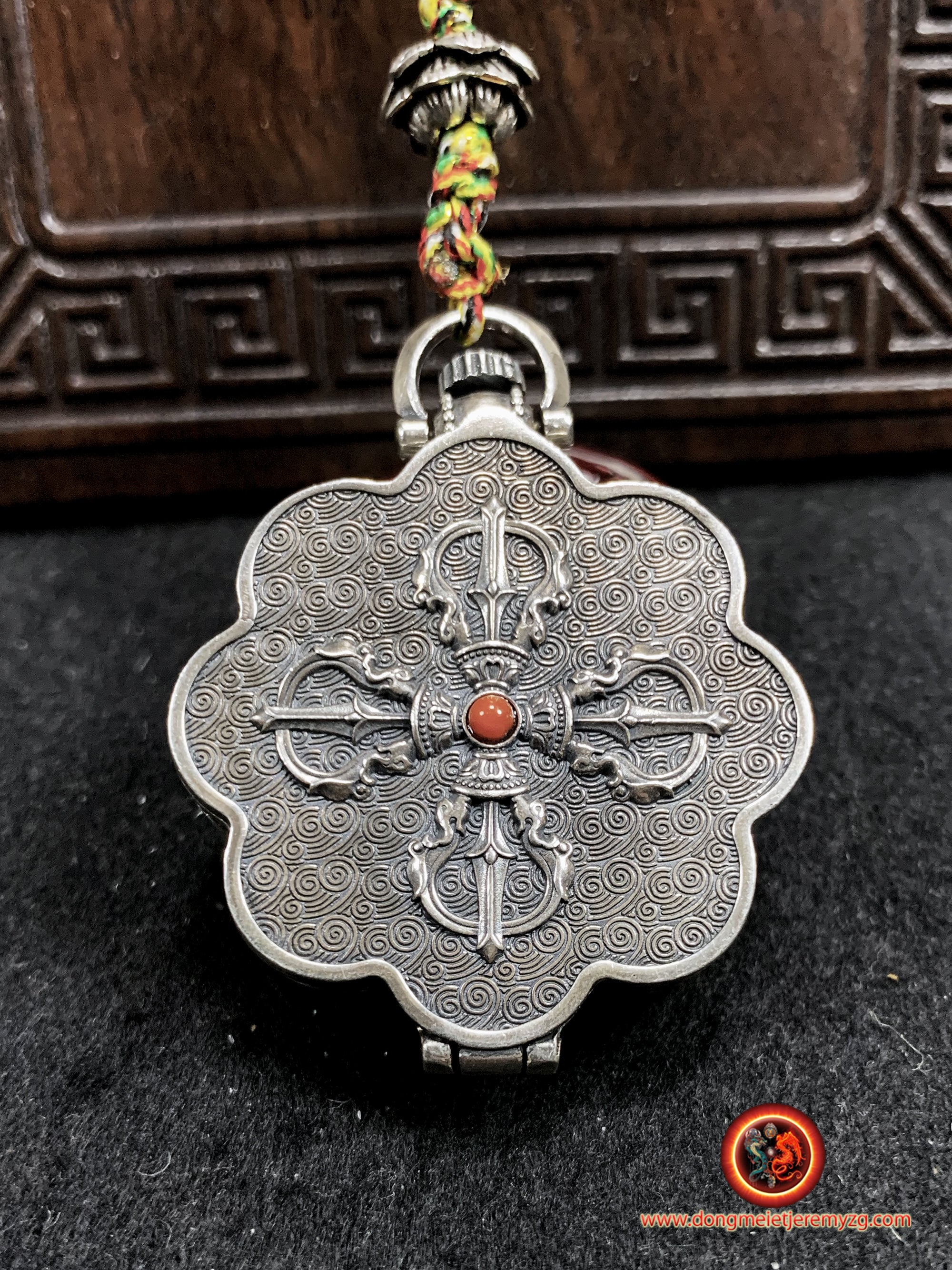 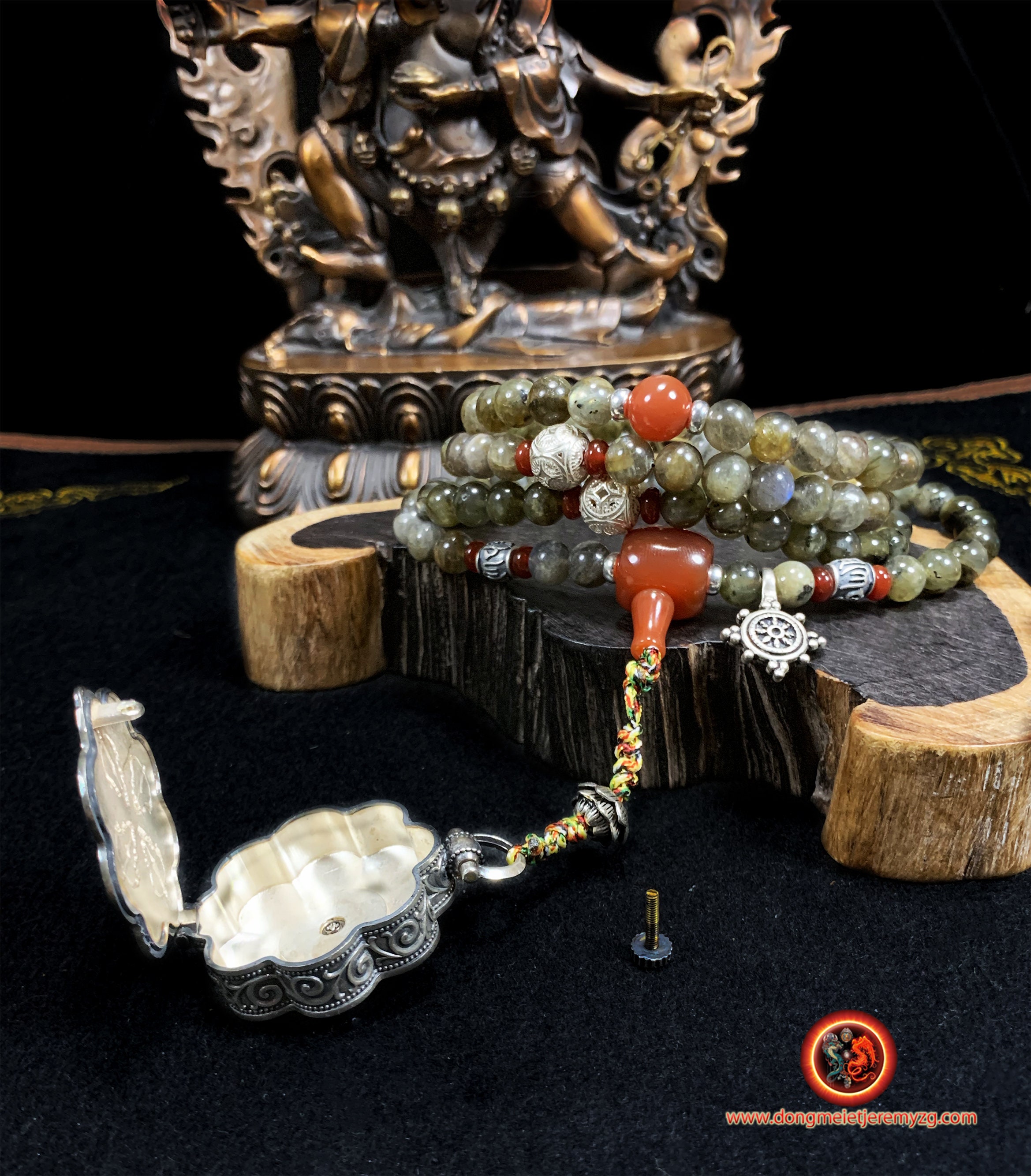 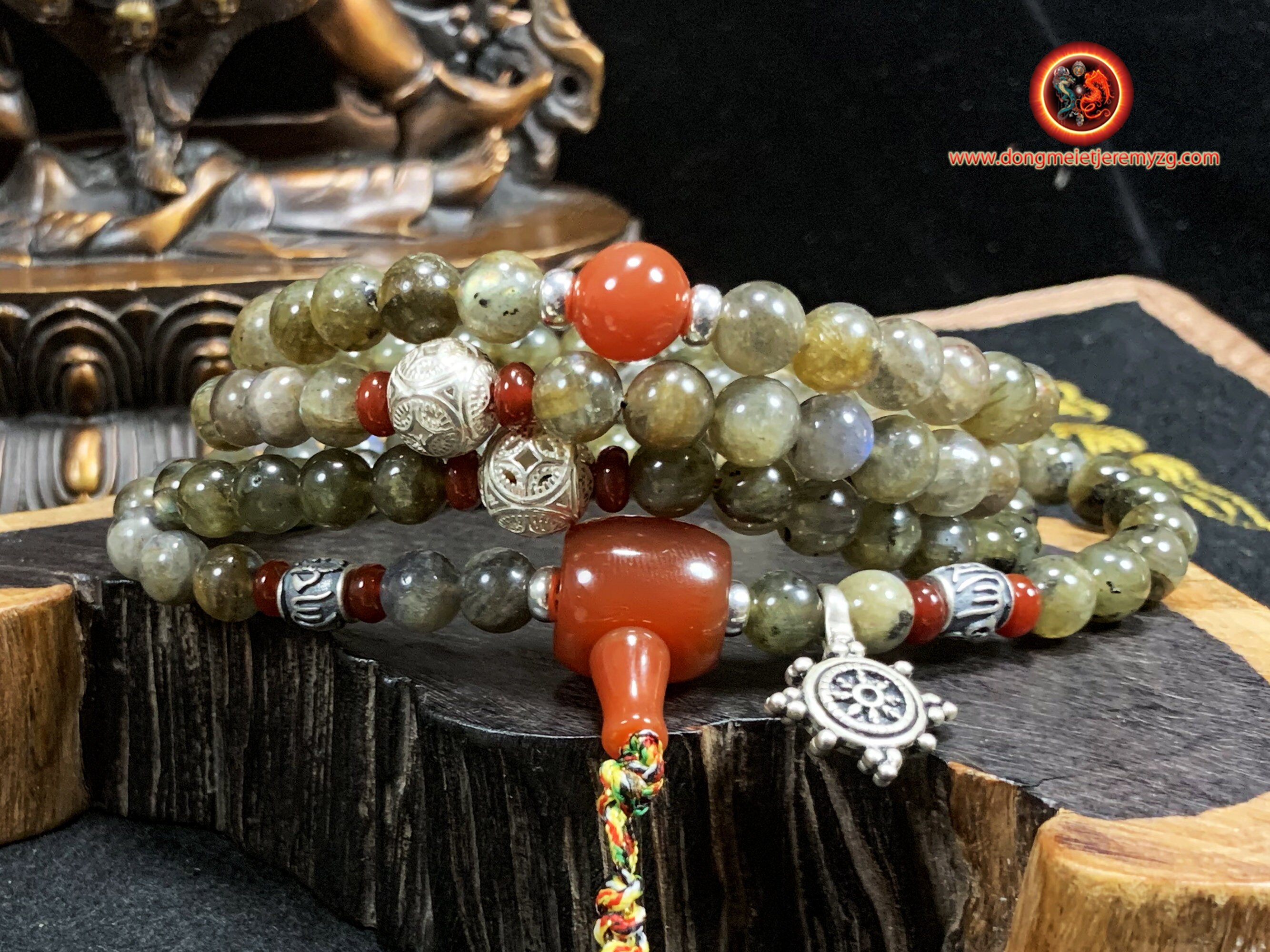 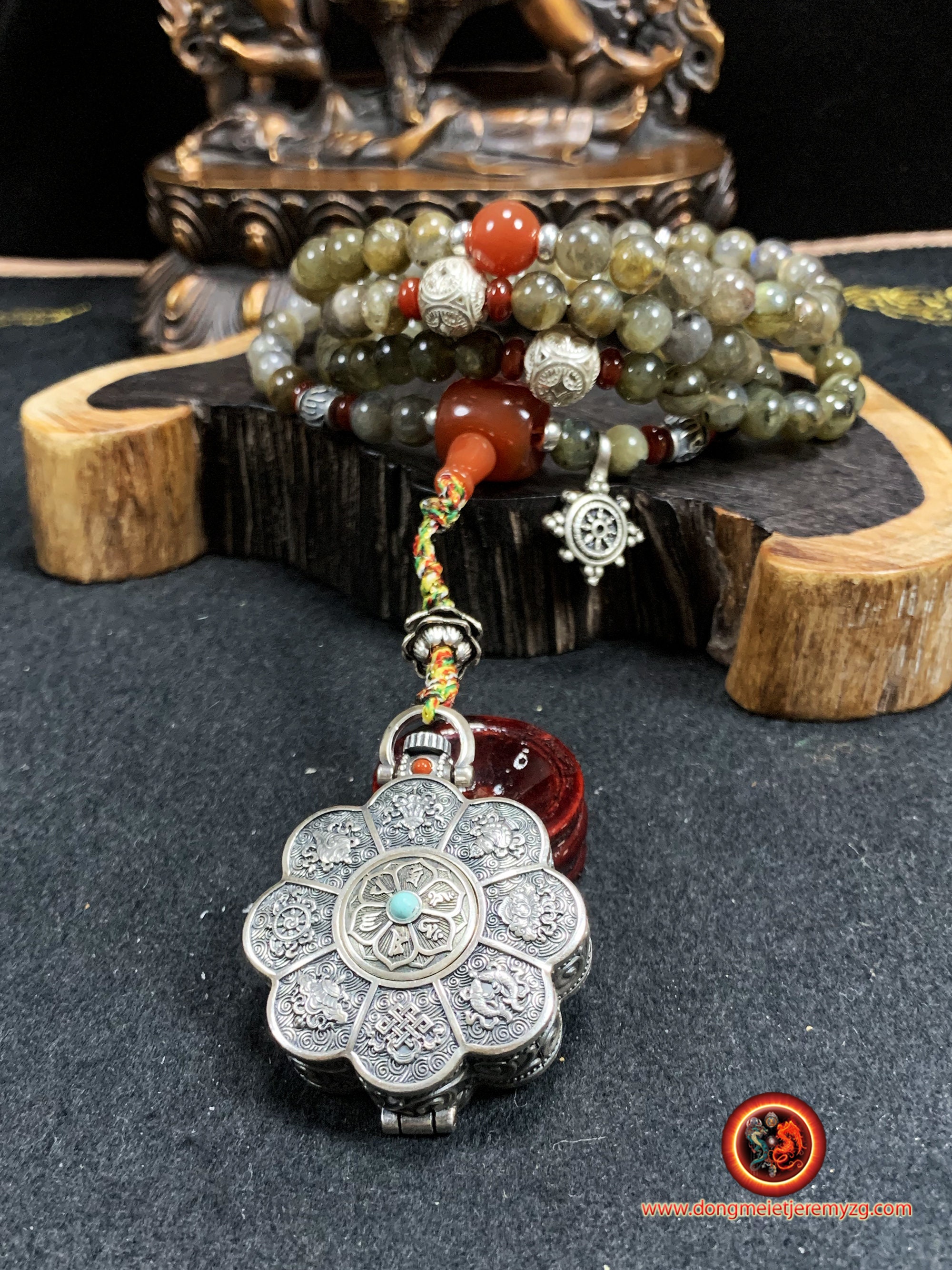 We assemble this mala on a traditional braided cord representing the 5 colors of the 5 meditation Buddhas.
As a gemologist who graduated from the National Institute of Gemmology in Paris, all our stones are expert and certified.