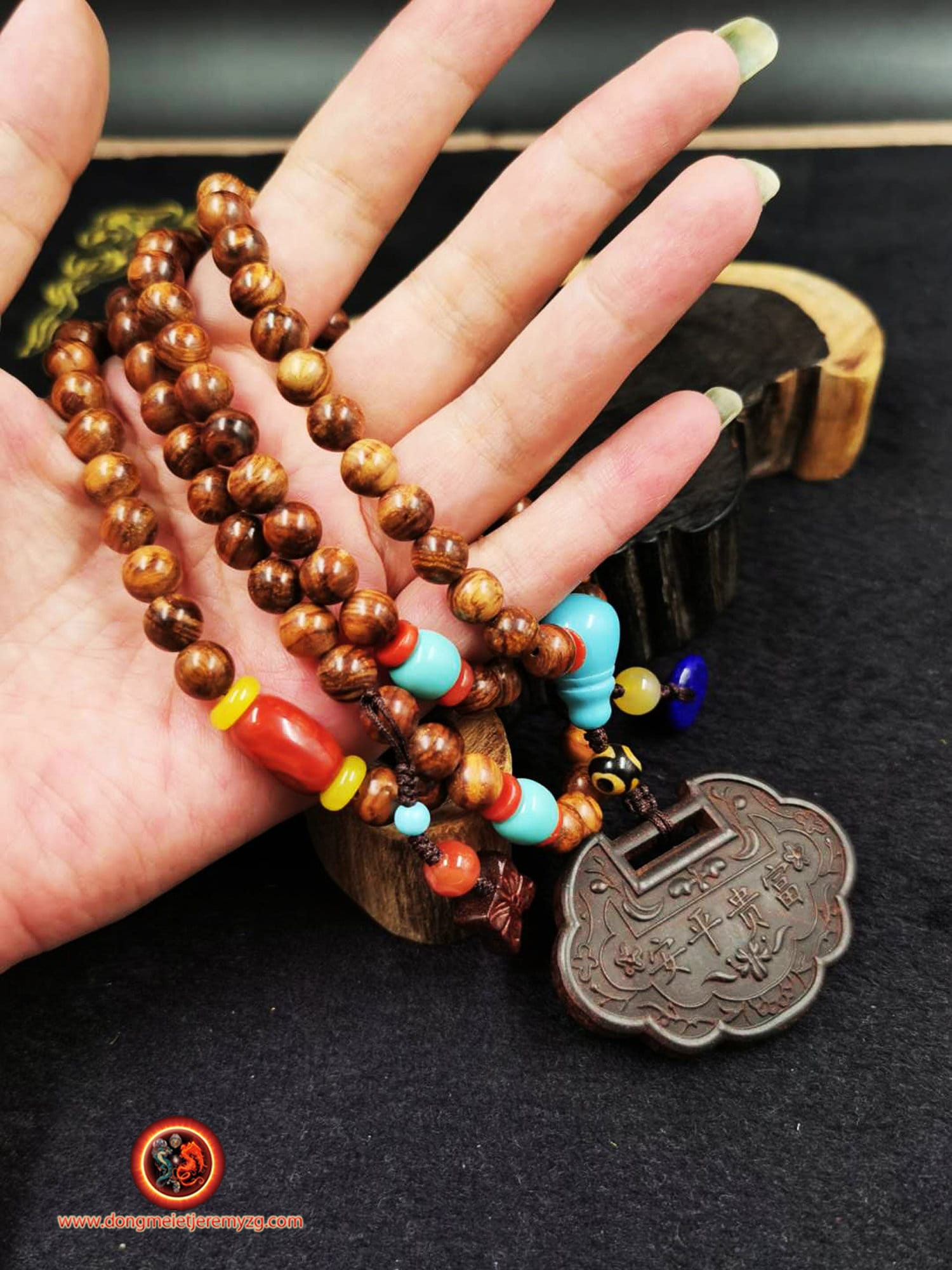 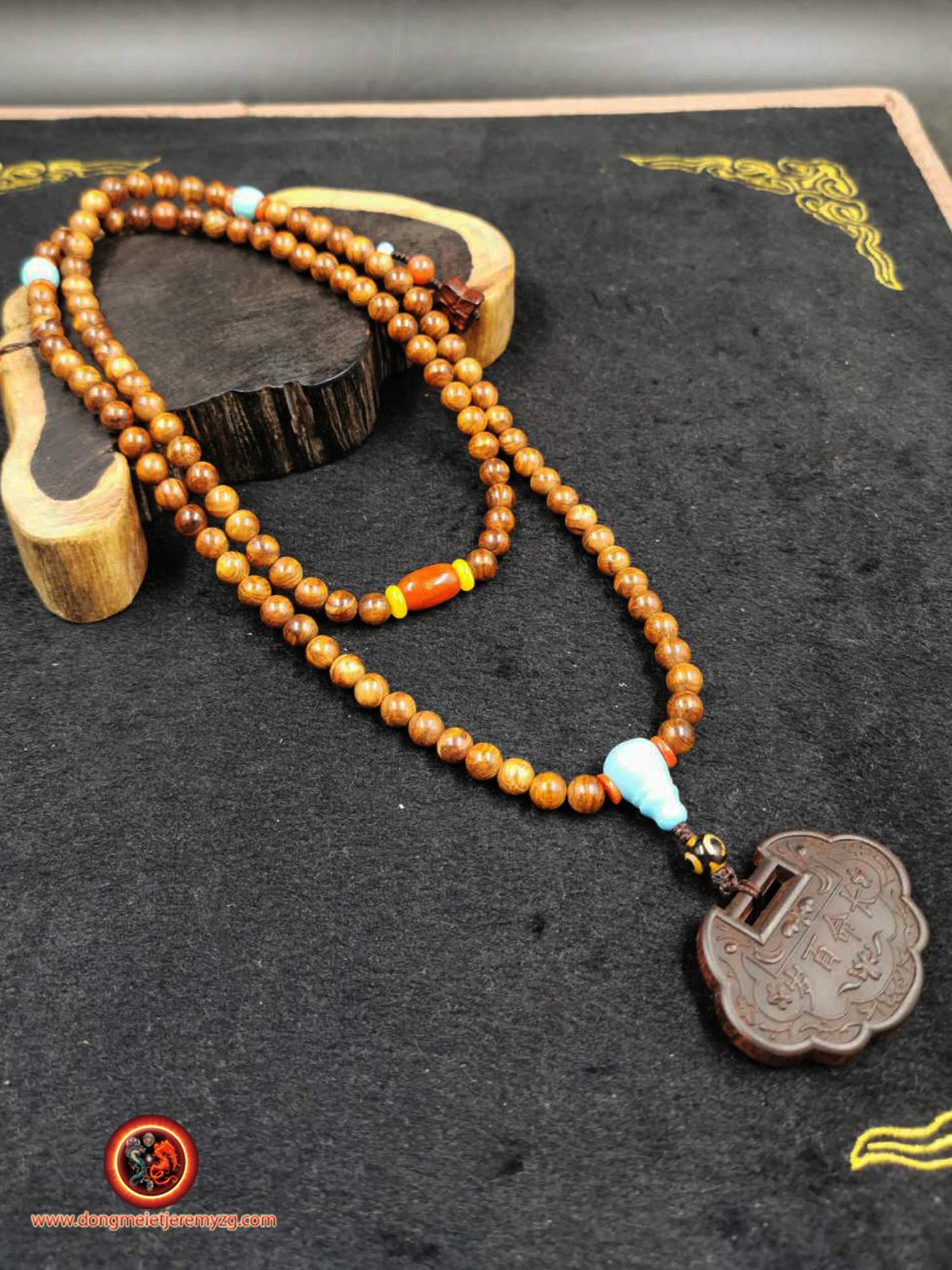 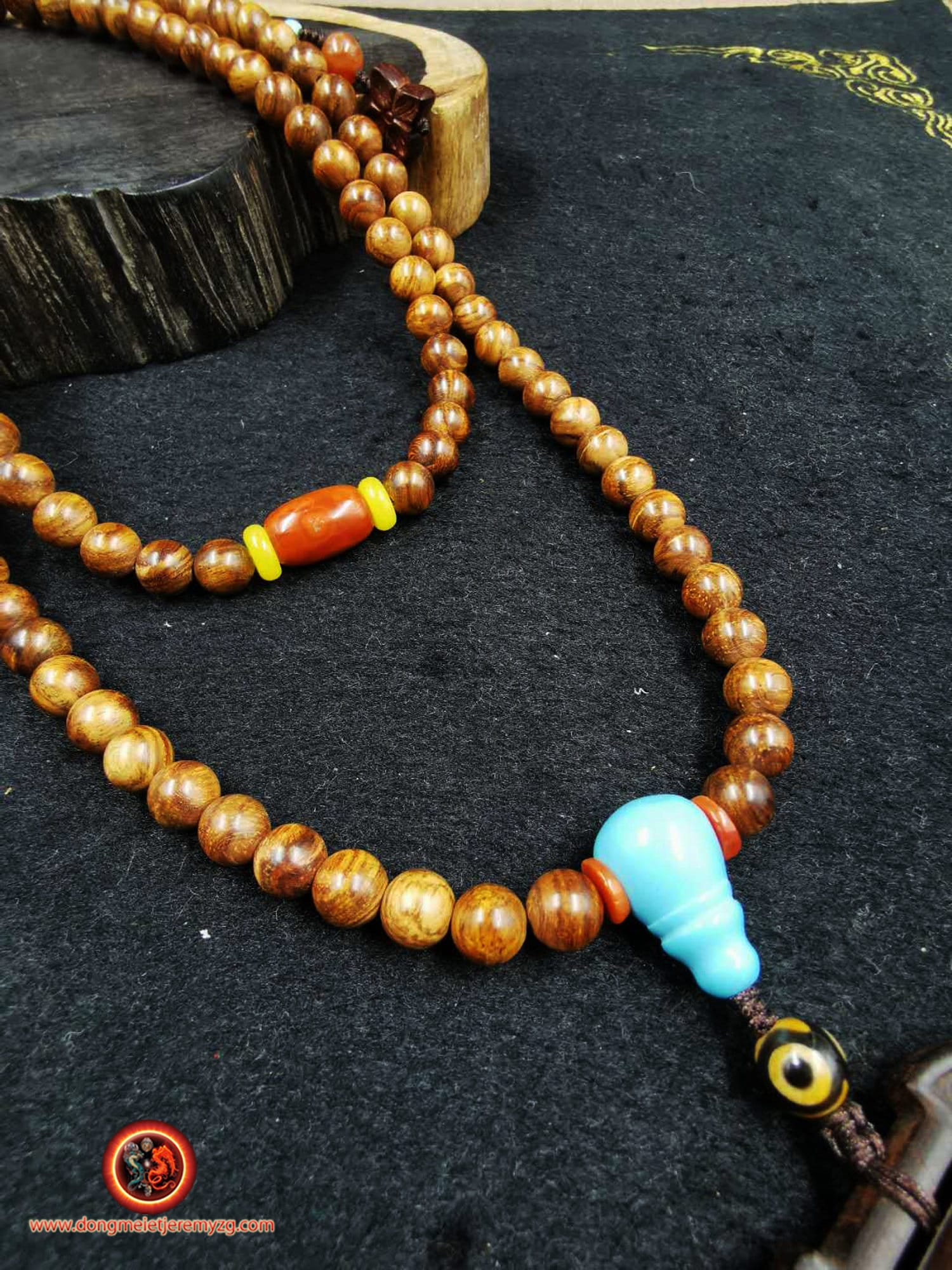 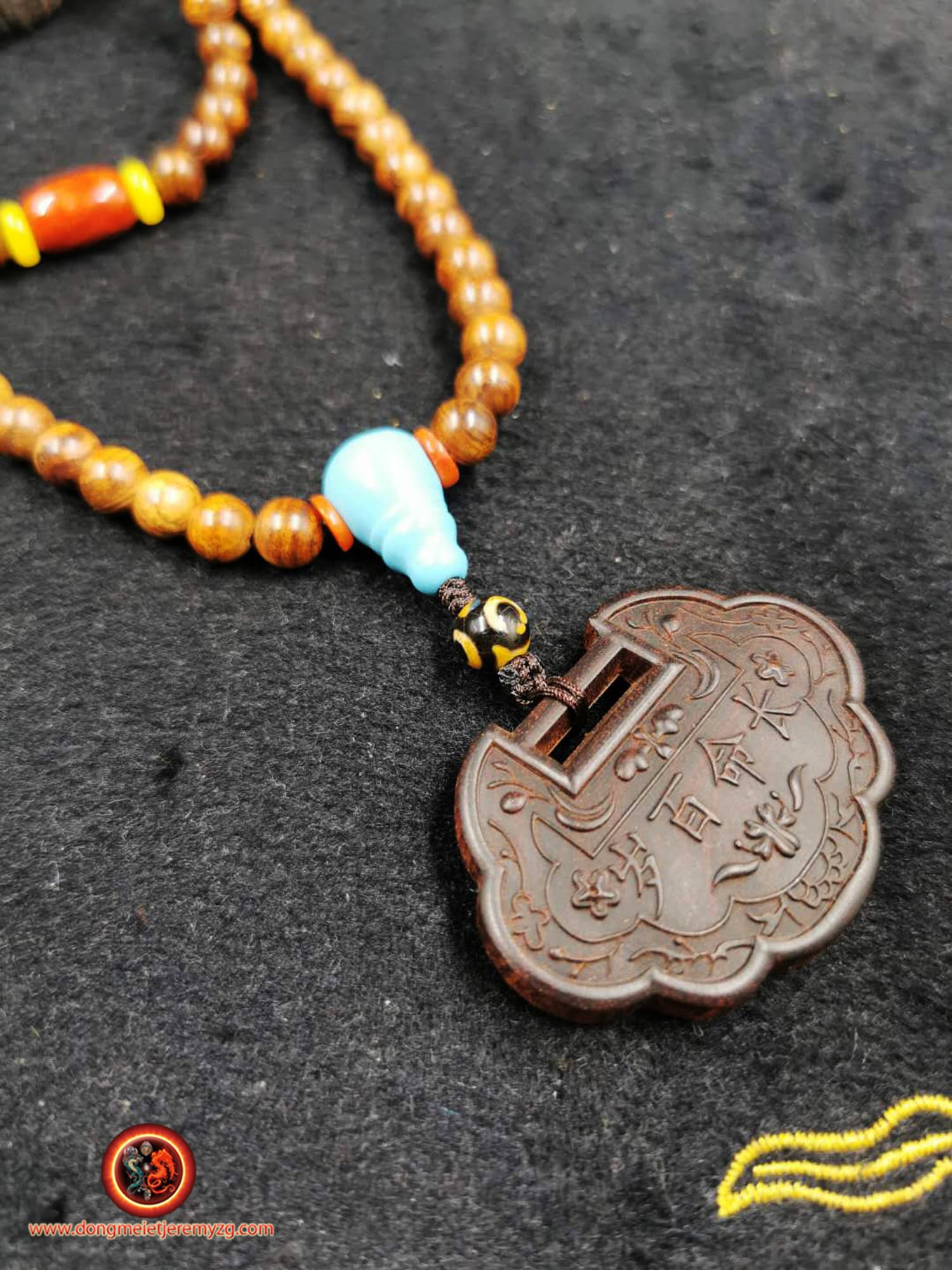 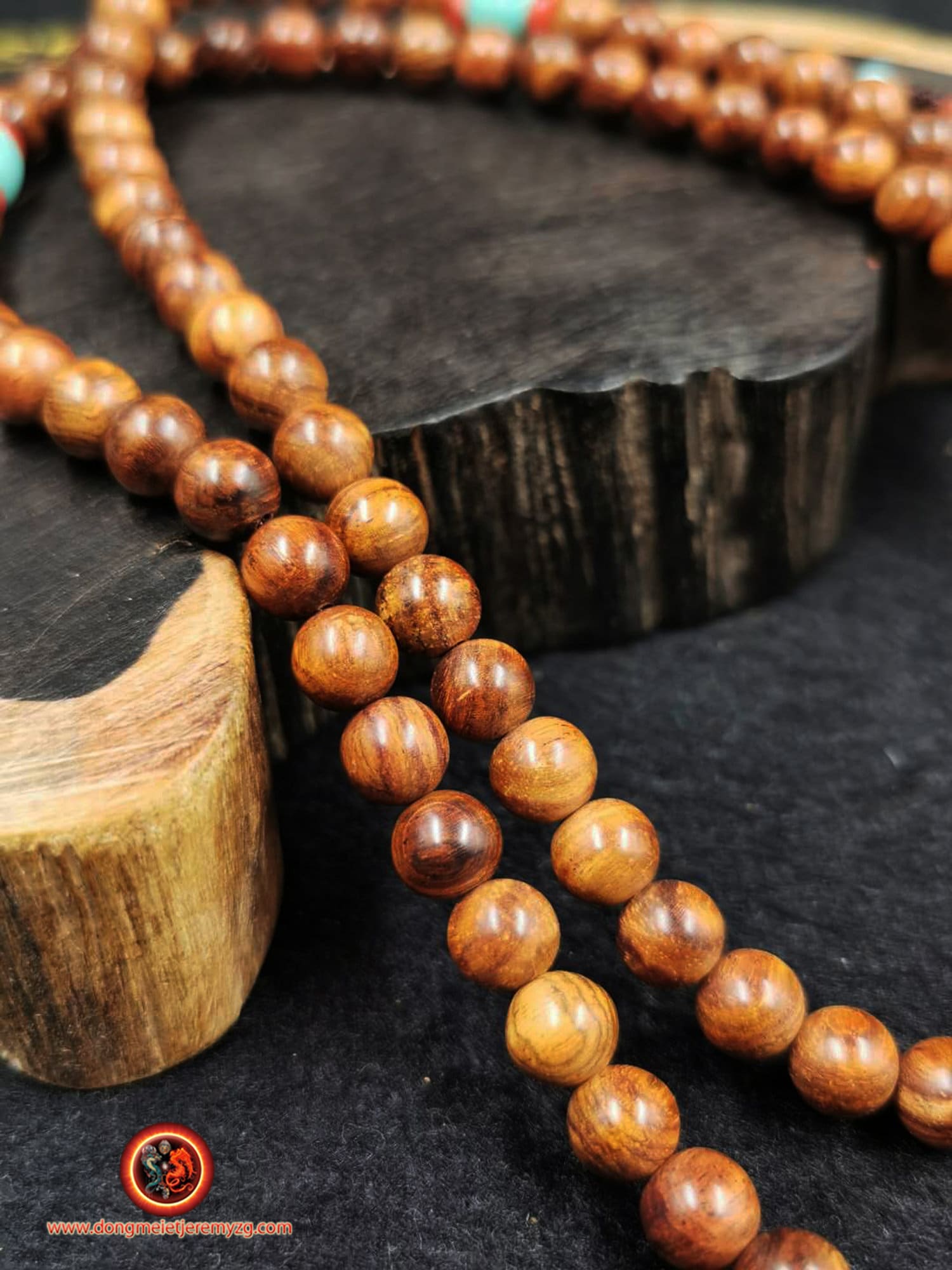 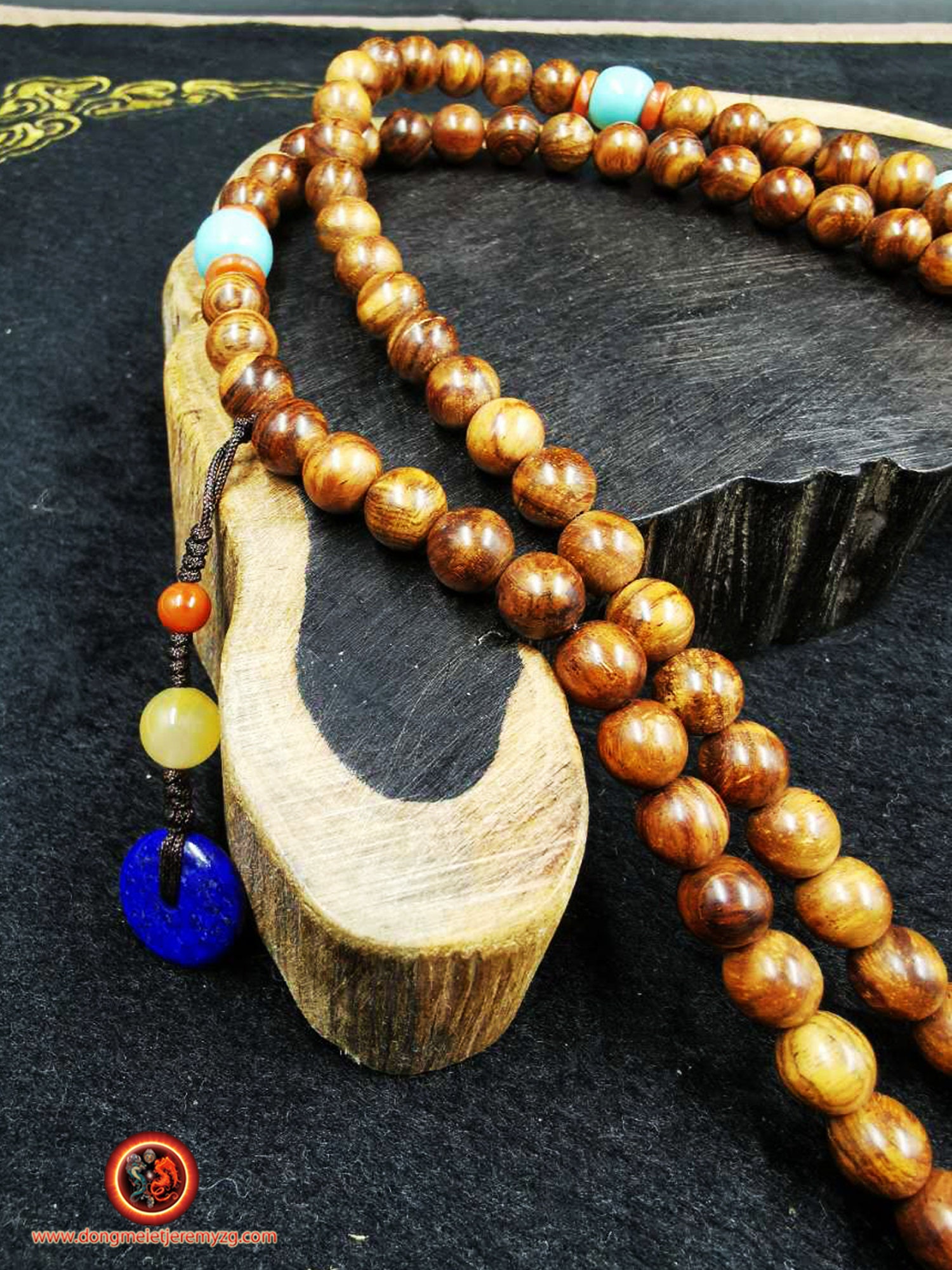 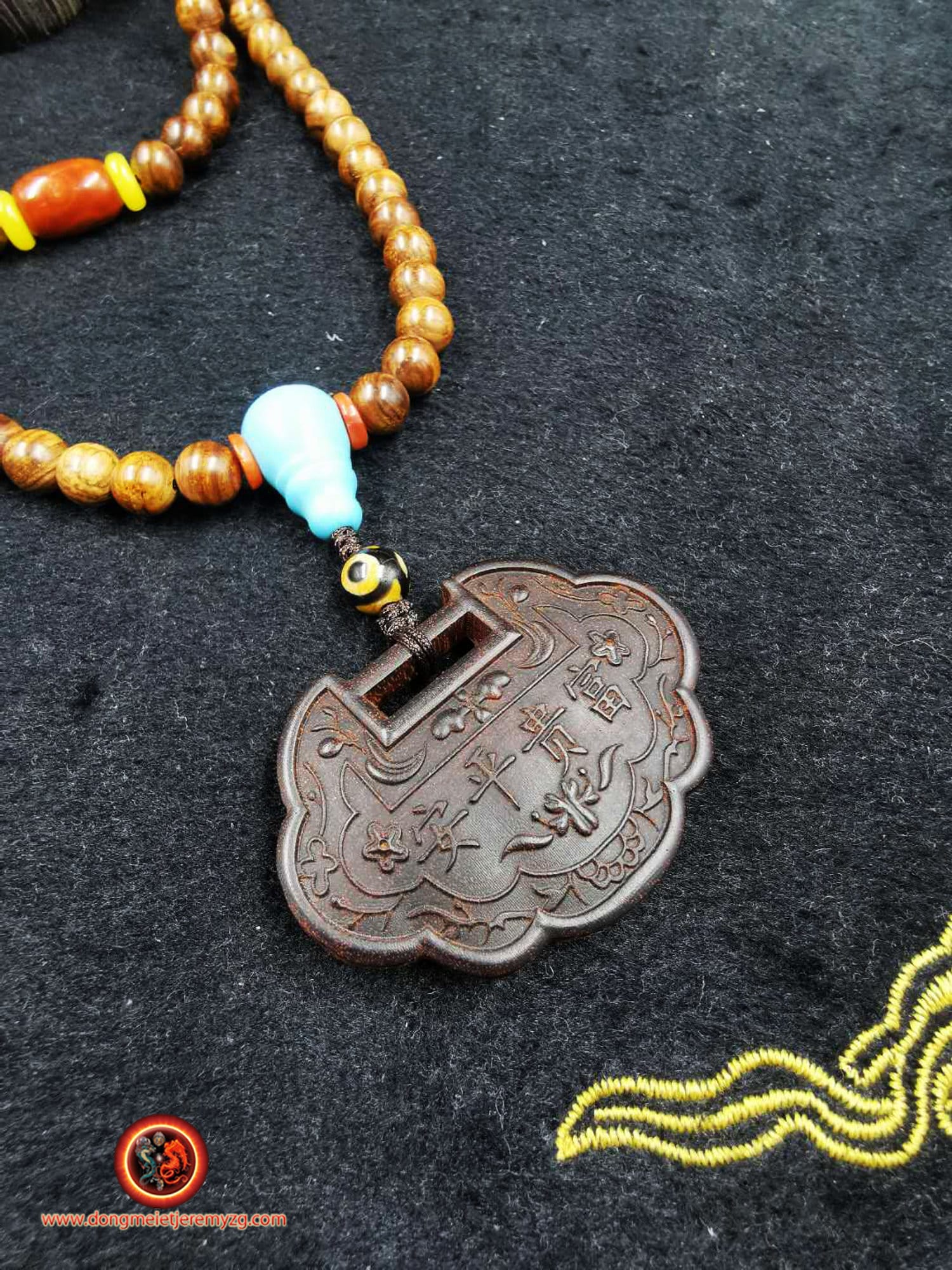 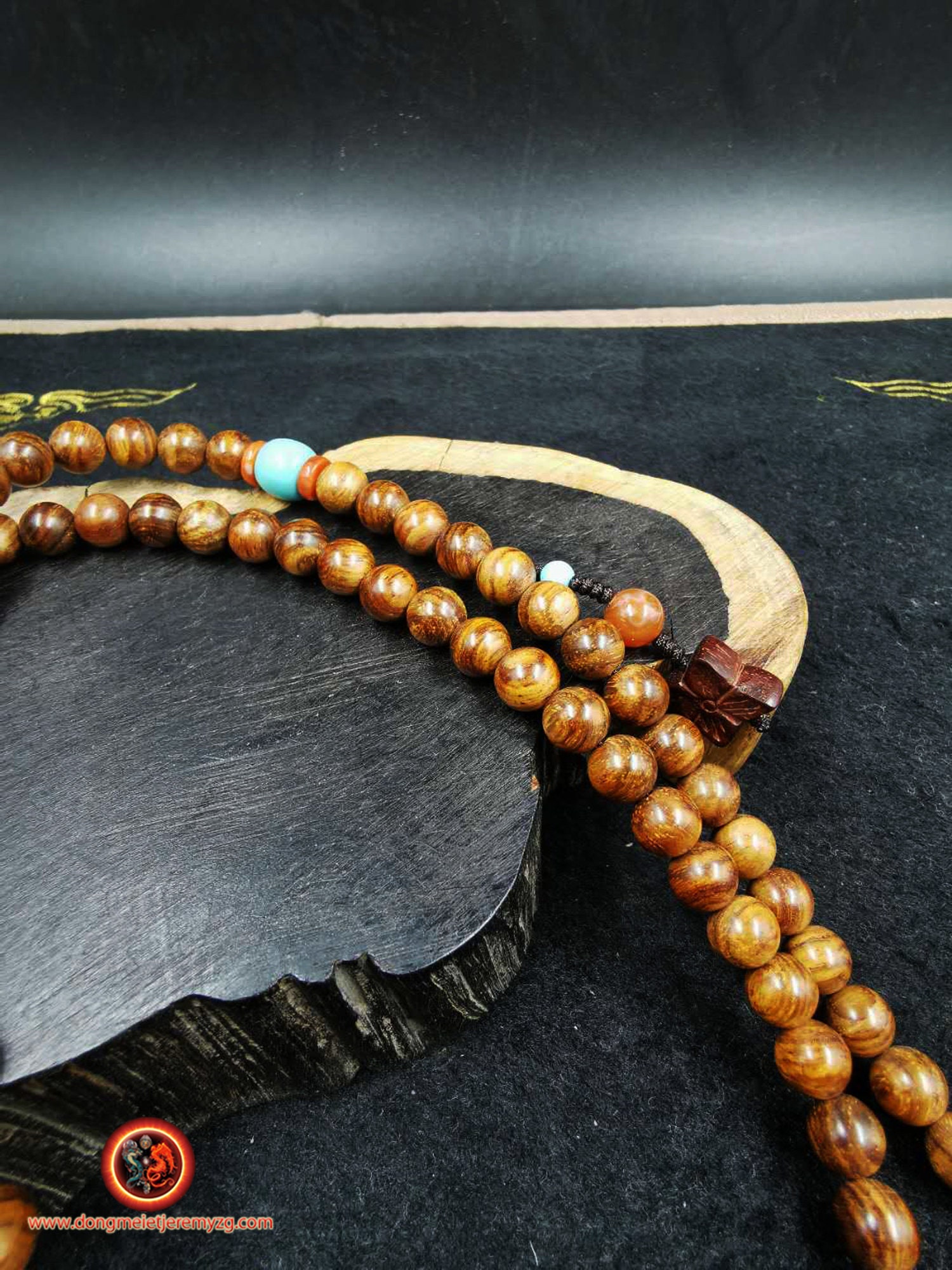 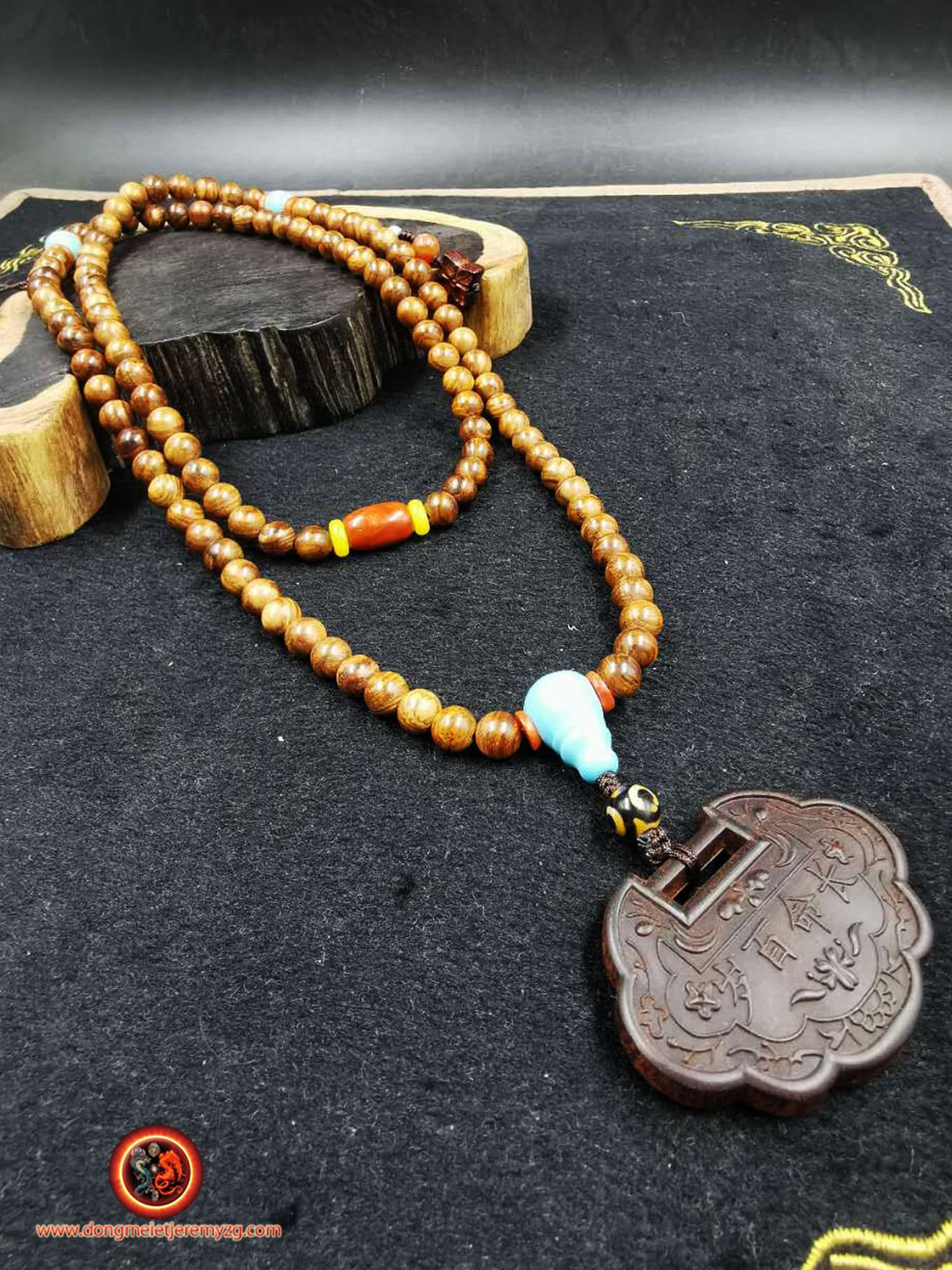 Dalbergia odorifera (jiangxiang huangtan in Chinese) is a legume (Fabaceae family), of the genus Dalbergia. Until 1980, it was known as Dalbergia hainanensis. It comes from the Chinese province of Guangdong and from the southern lands like Hainan Island.

This precious wood is known in China as Huali. Most of the high-quality furniture of the Ming Dynasty and the first Qing was made in this wood, called Huanghuali in order to distinguish it from modern wood called xinhuali.

In the Sino-Tibetan tradition, it is customary to offer a protective padlock to newborns and loved ones. This object would protect against death and evil.

The Dzi is a Tibetan pearl, of distant origin, bringing many mystical benefits and benefits to its wearer. He is a Tibetan talisman or amulet, the king of good luck, sometimes revered as a true deity. The success of the Tibetan pearl comes from its multiple eyes, up to 21.
The Dzis are supposed to bring good fortune, ward off evil spirits, and protect its bearer from dangers and accidents, and even bring longevity and good health.

DZI originates from the Central Asian region and is generally found in a region that covers Afghanistan, Iran, Tibet, India, Pakistan, Nepal, During Hanhan to Burma and Thailand. They are found in many sizes and shapes, with multiple eyes and stripes. Tibetans cherish these pearls and consider them hereditary gems. The meaning of the Tibetan word "Dzi" translates as "brilliance, clarity, splendor." In Mandarin Chinese, dzi are called "pearl of heaven." Tibetans recognize, without being envious or jealous, the qualities of brilliant people, those people who shine intellectually and attract the attention and admiration of all. For Tibetans, wearing a Dzi pearl can develop in everyone this natural glow called talent.
The Dzi with one eye represents a beacon of light and hope. This powerful eye enhances human wisdom and produces the happiness of life. The obstacles encountered by the owner will be identified by this unique eye.