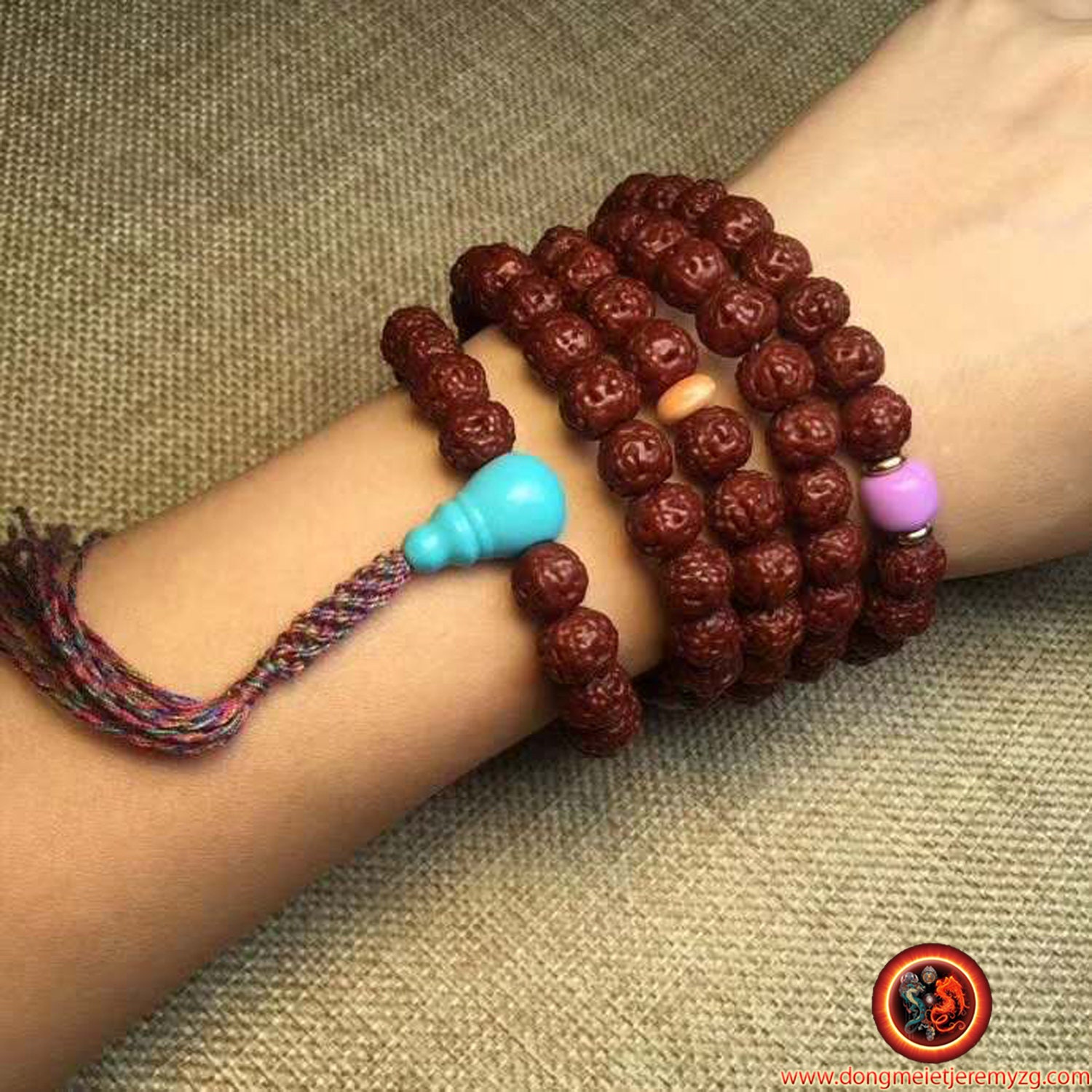 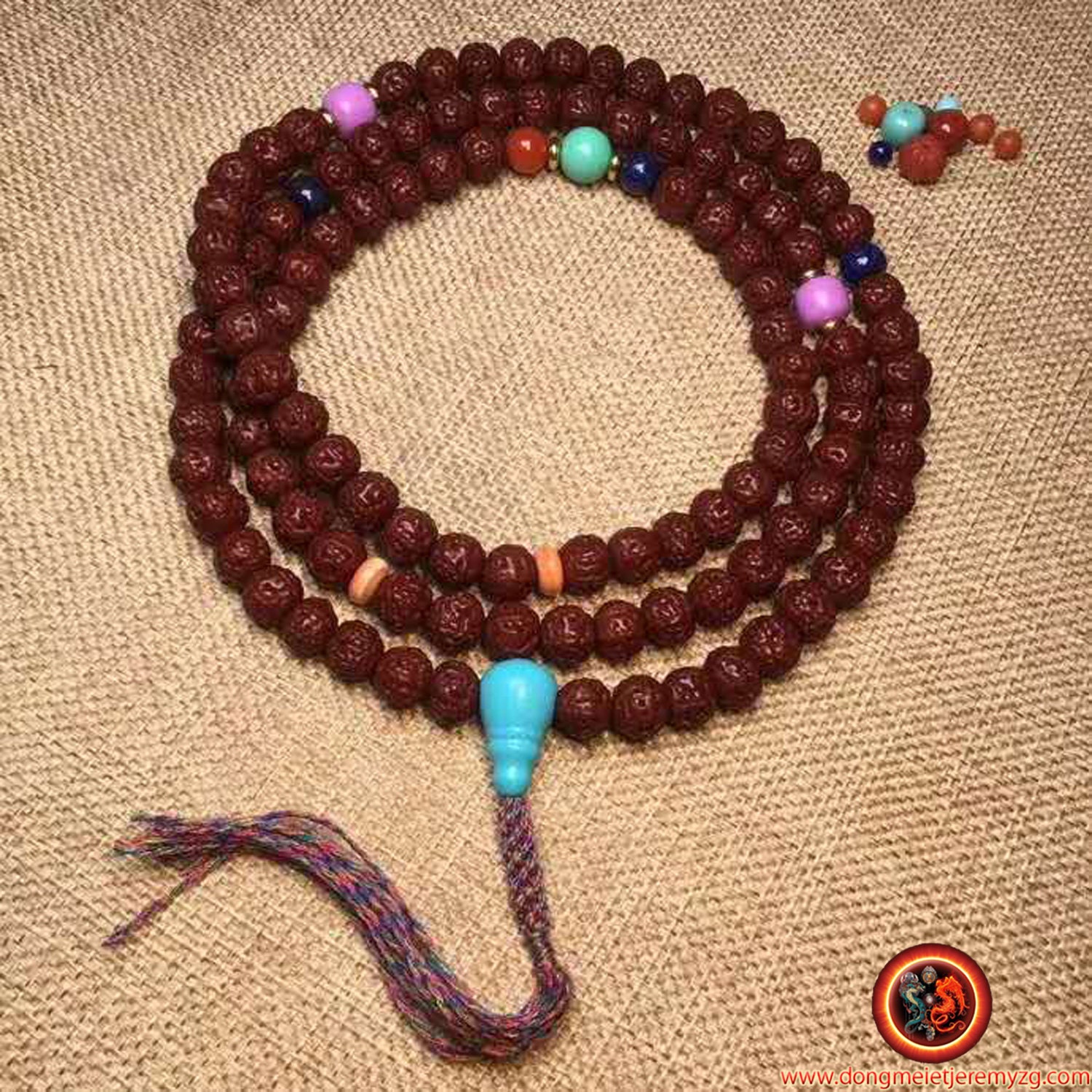 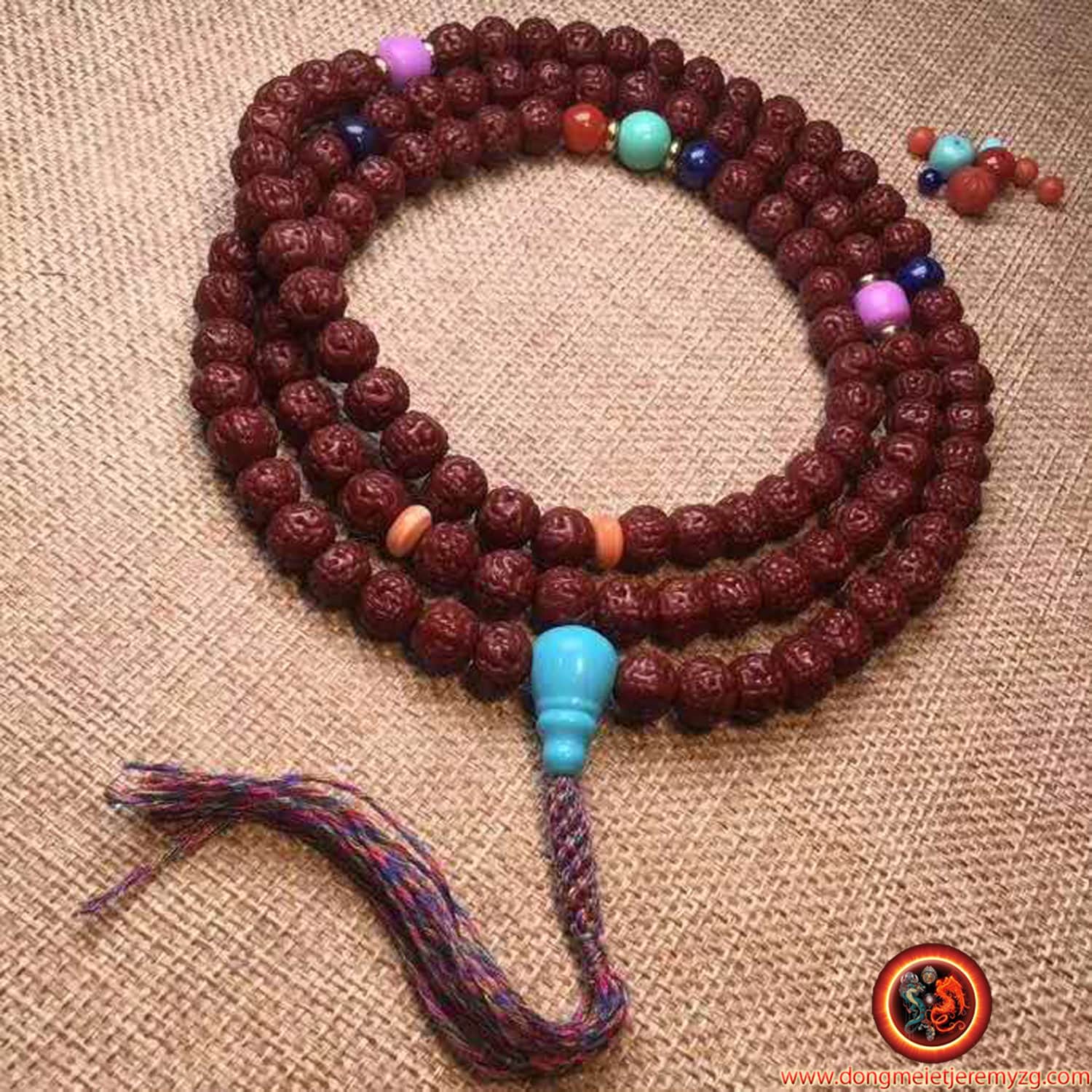 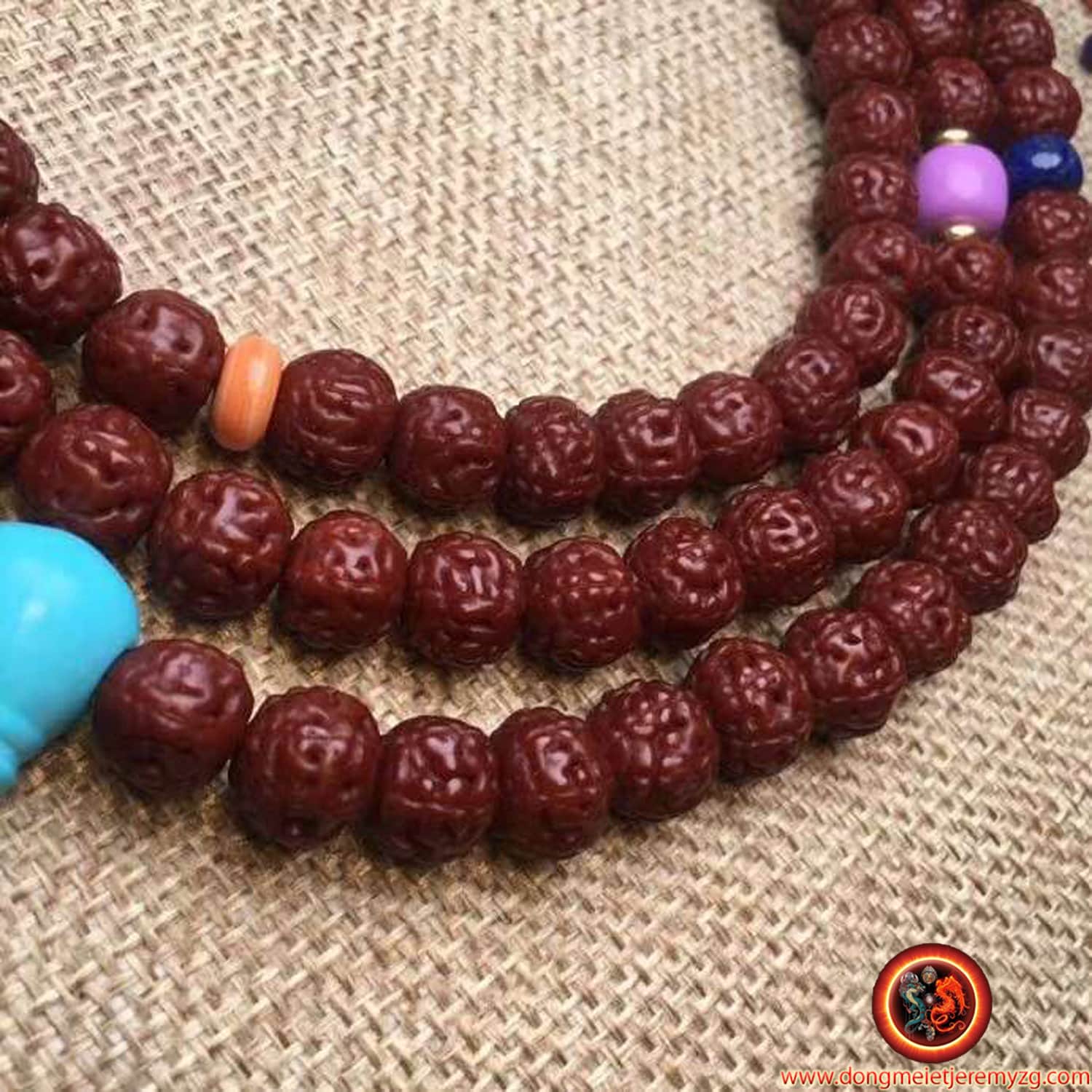 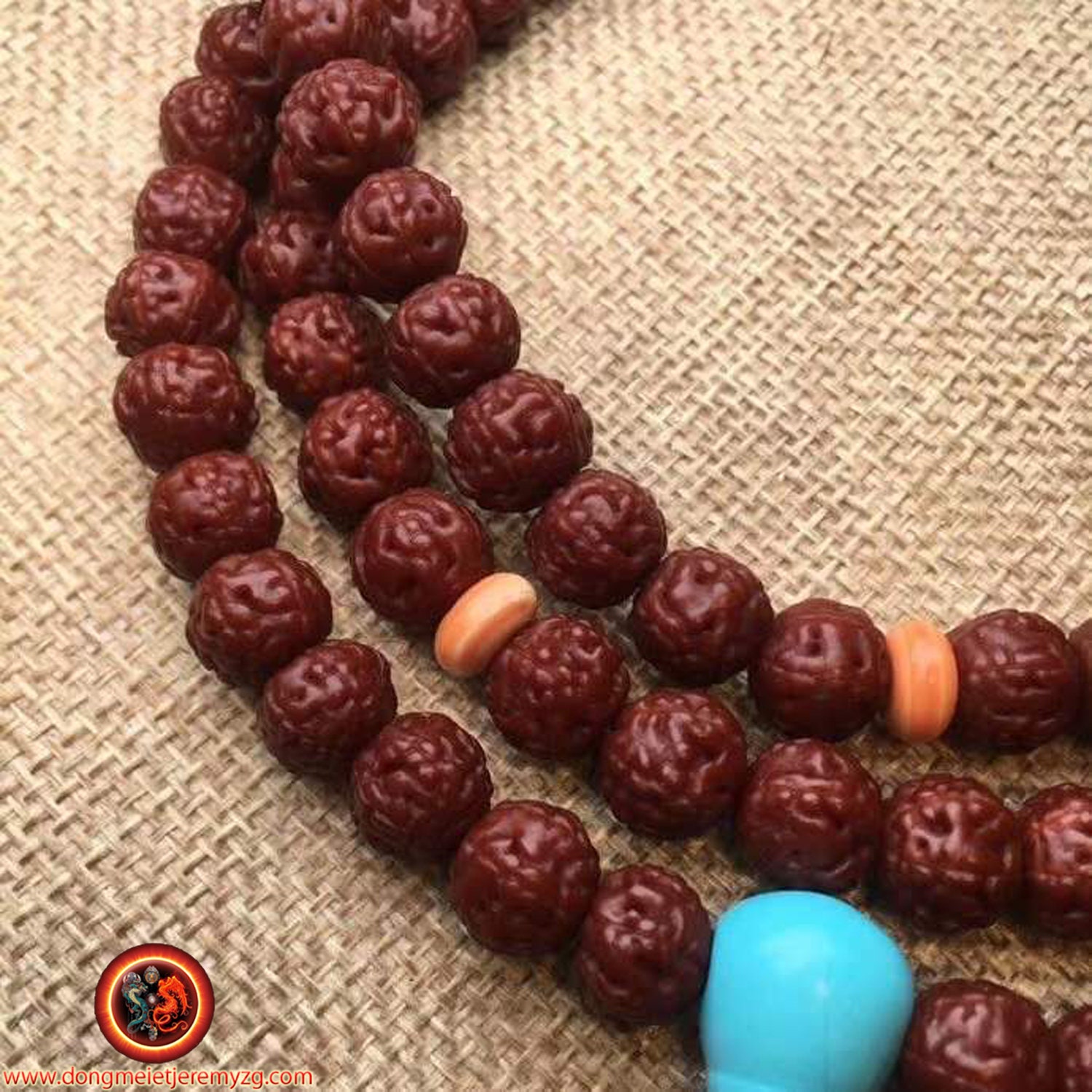 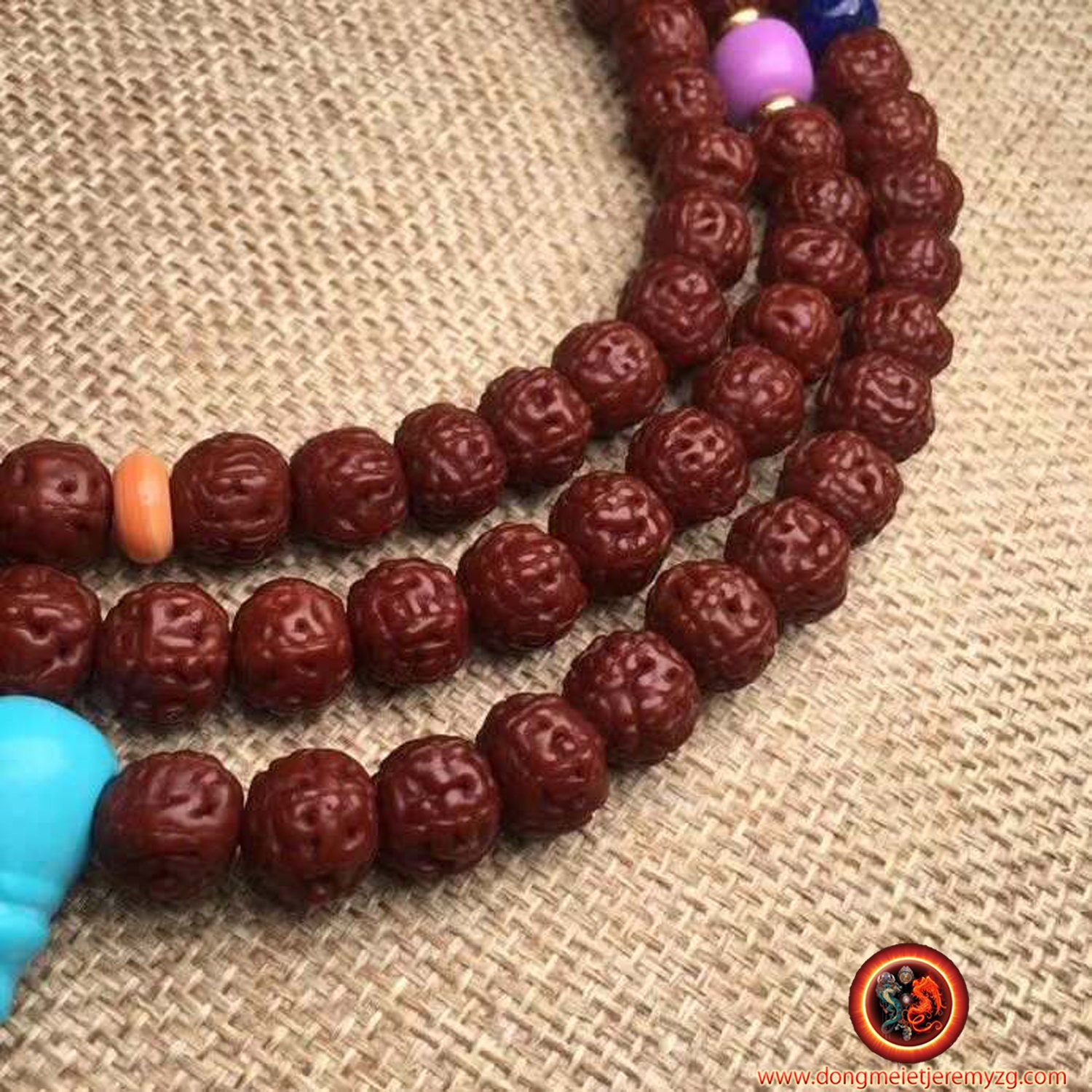 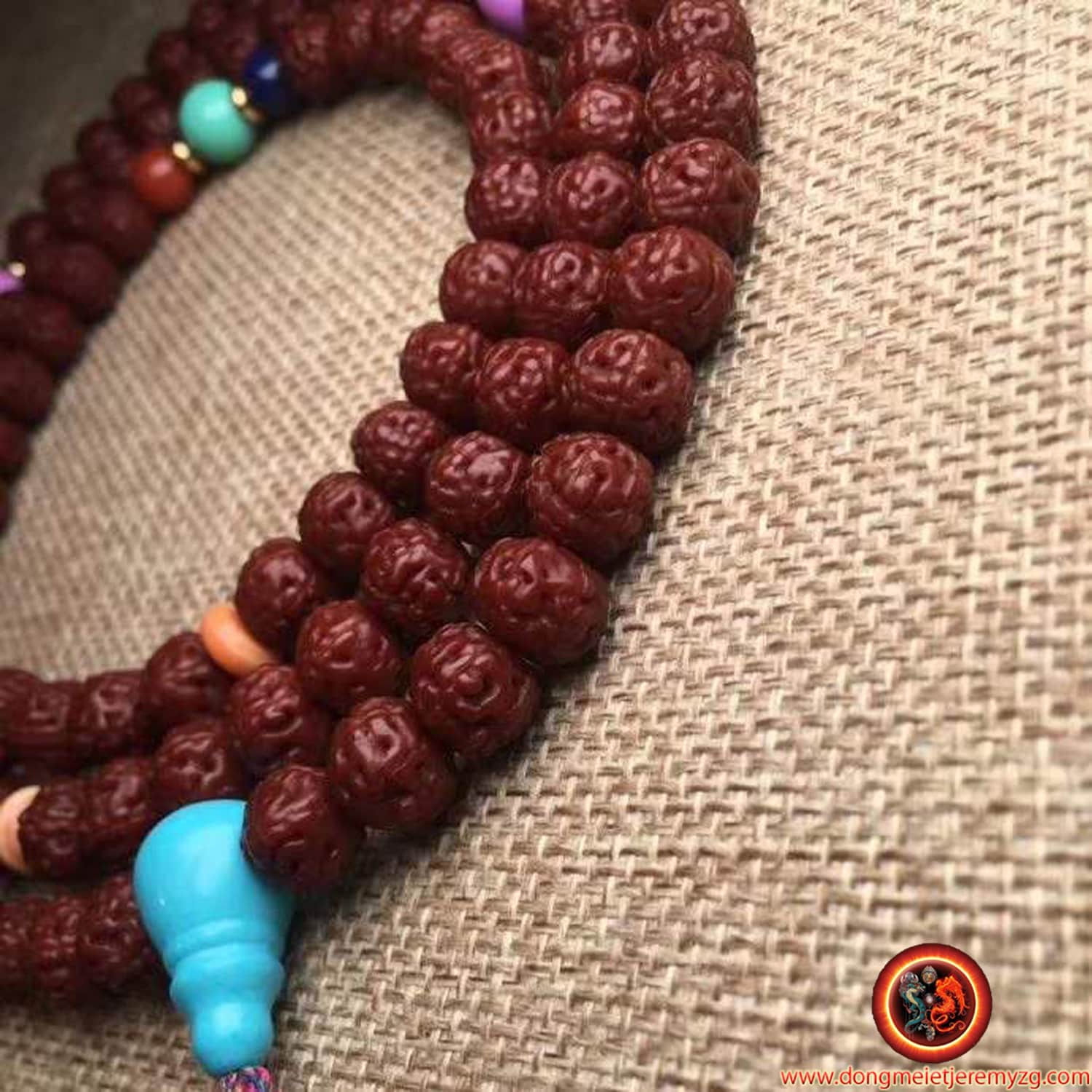 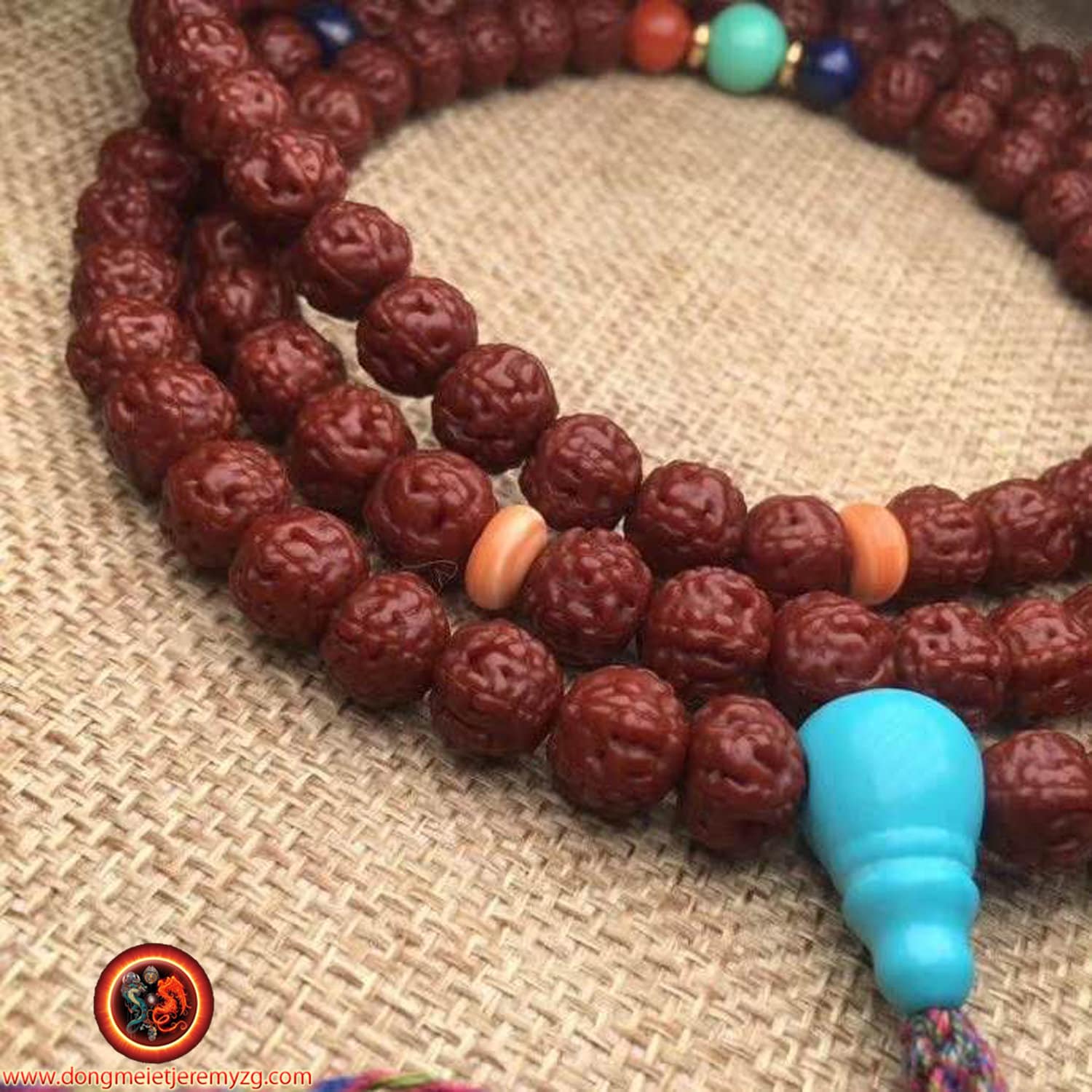 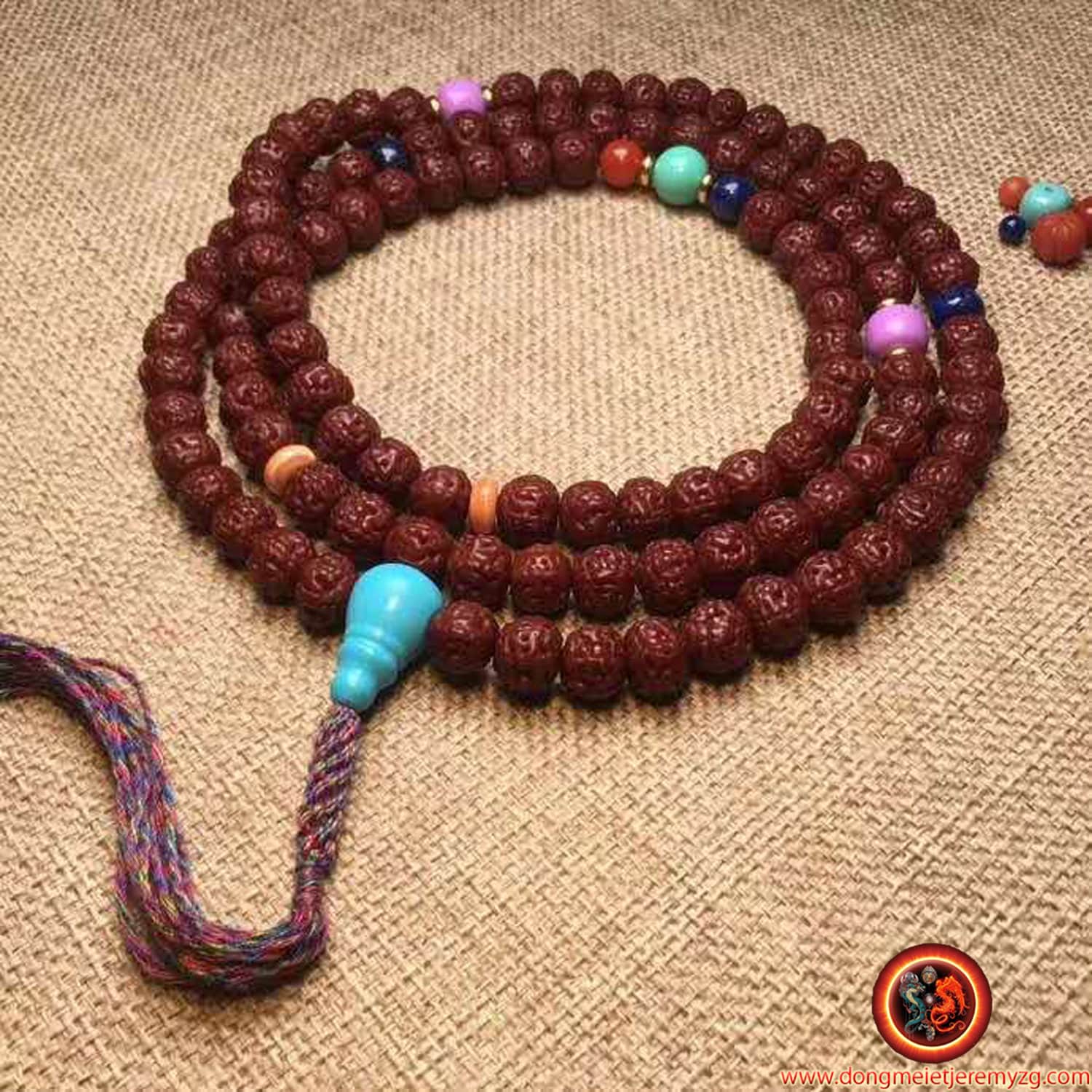 Rudraksha (Rudra-Aksha, "Rudra's Eye" in Sanskrit, Rudra being one of the names of Shiva) is the seed of Elaeocarpus angustifolius, a tree that populates India. By extension some Hindu rosaries (mâlâ) made of these seeds bear this name. Shiva is traditionally depicted wearing such rosaries around her neck. Shivaist sadhus and yogis in India usually wear one.

Narad Muni: Narayana, I know the importance of rudraksha seeds but can I find out how these seeds came to this earth?
Narayan replies: O my child, this question was asked by Kartikeya, Rudra's six-faced son in his home on Mount Kailash. What Rudra replied, listen to him:
O son Kartikeya, I will briefly explain the secret of rudraksha seeds. In the past, there was a demon called Tripura that no one could defeat. Brahma, Vishnu and the deva asked me to summon the terrible weapon Aghora, possessing the strength of all the devas in order to kill him. This weapon shone with a thousand lights. I accepted and for the next thousand years I stood wide open to think of this weapon, which destroyed all obstacles and would succeed in killing Tripura and appeasing the devastation. After a thousand years, my eyes began to weep and tears fell to the earth. From these tears were born the trees that give these seeds, for the well-being of the devastation and all humanity. Whoever wears them, whether he has faith or not, will attain my status and be freed from all sins.