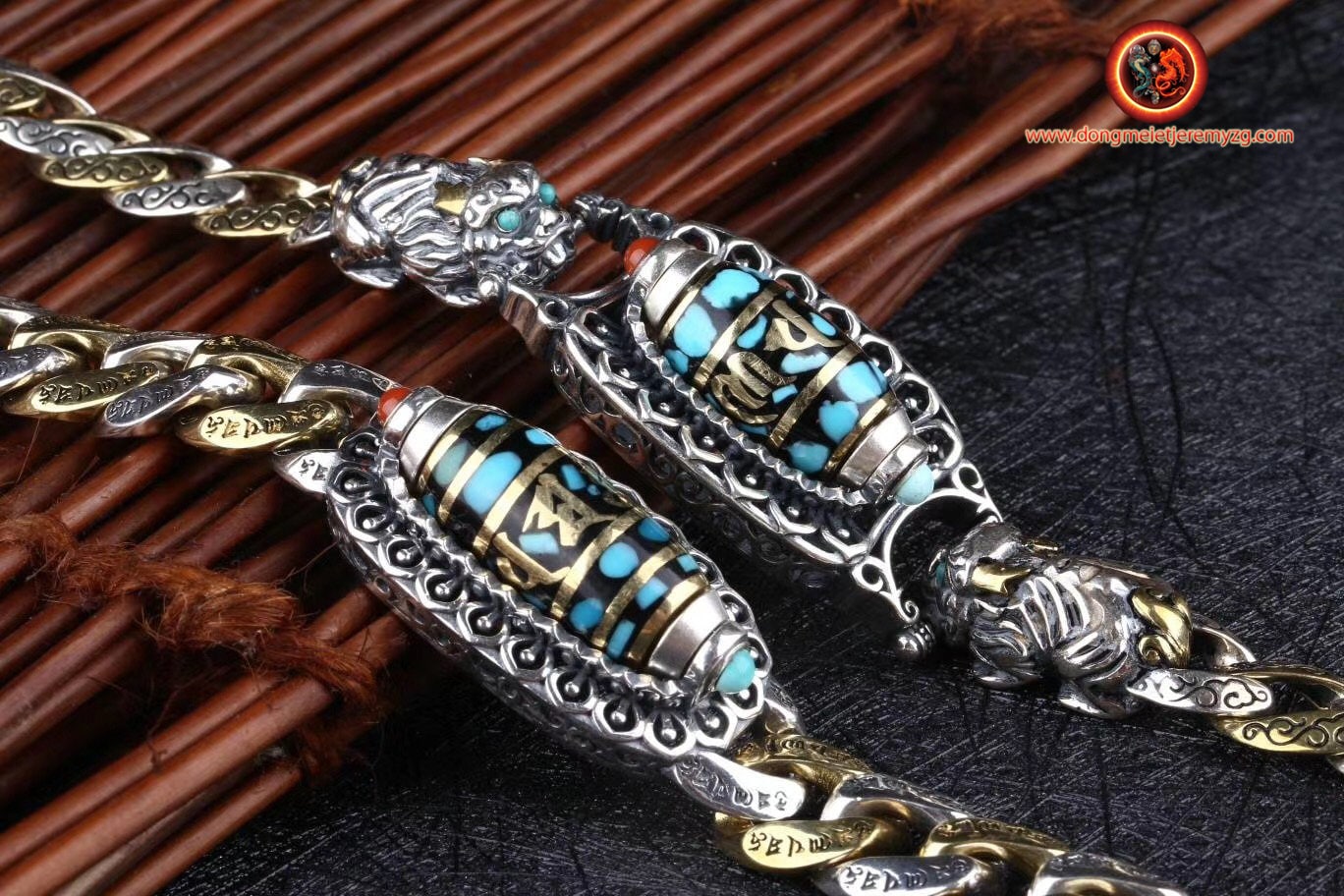 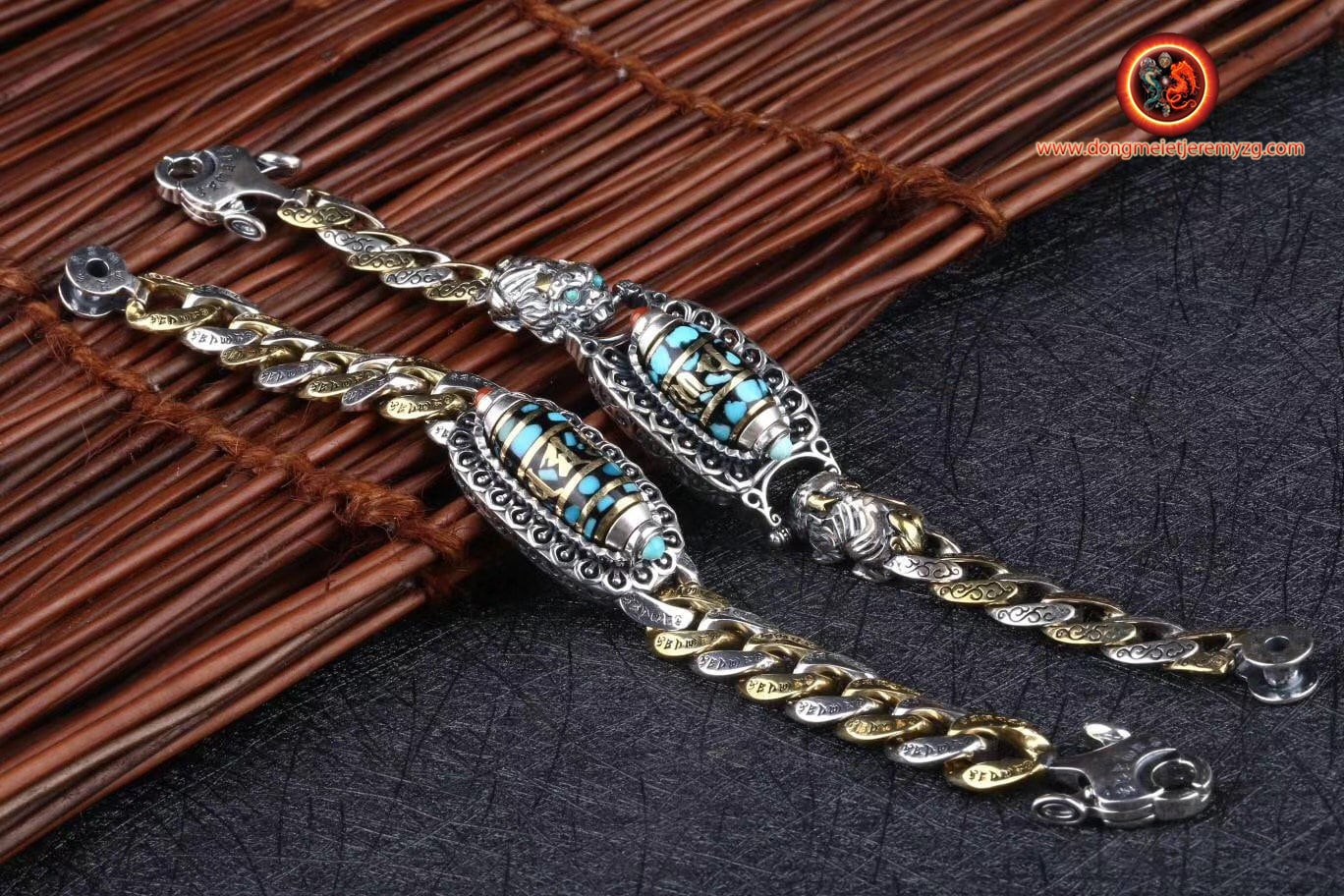 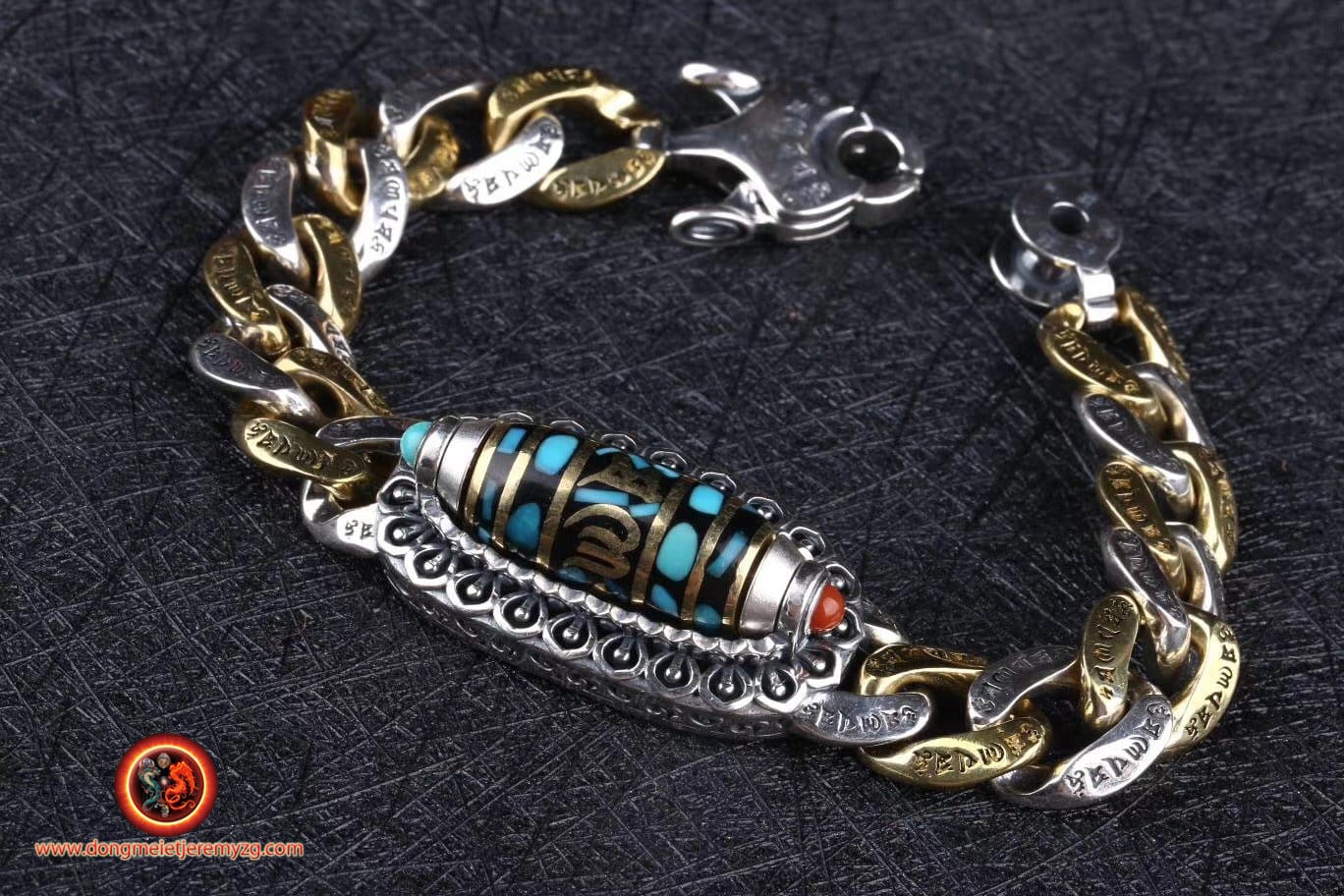 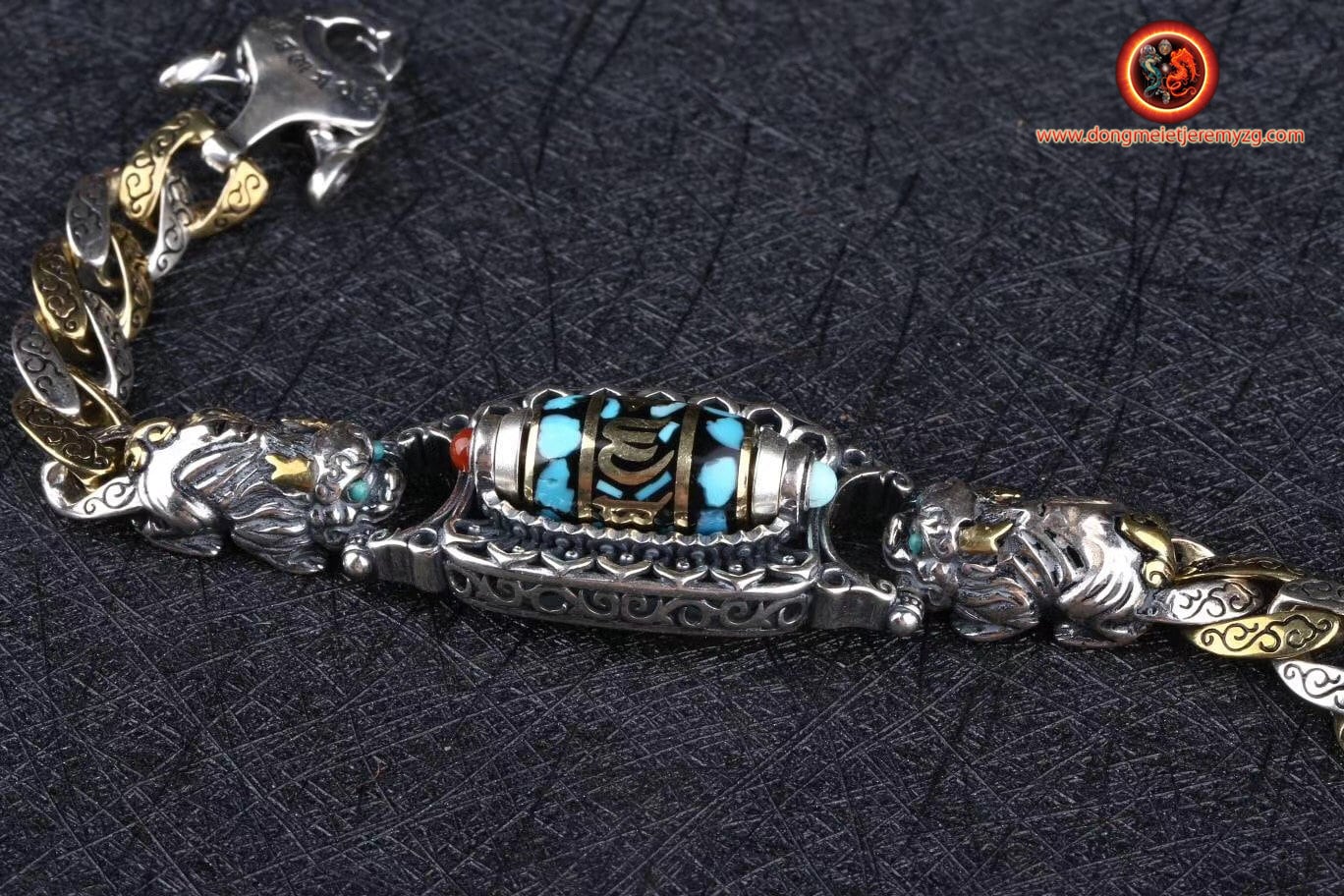 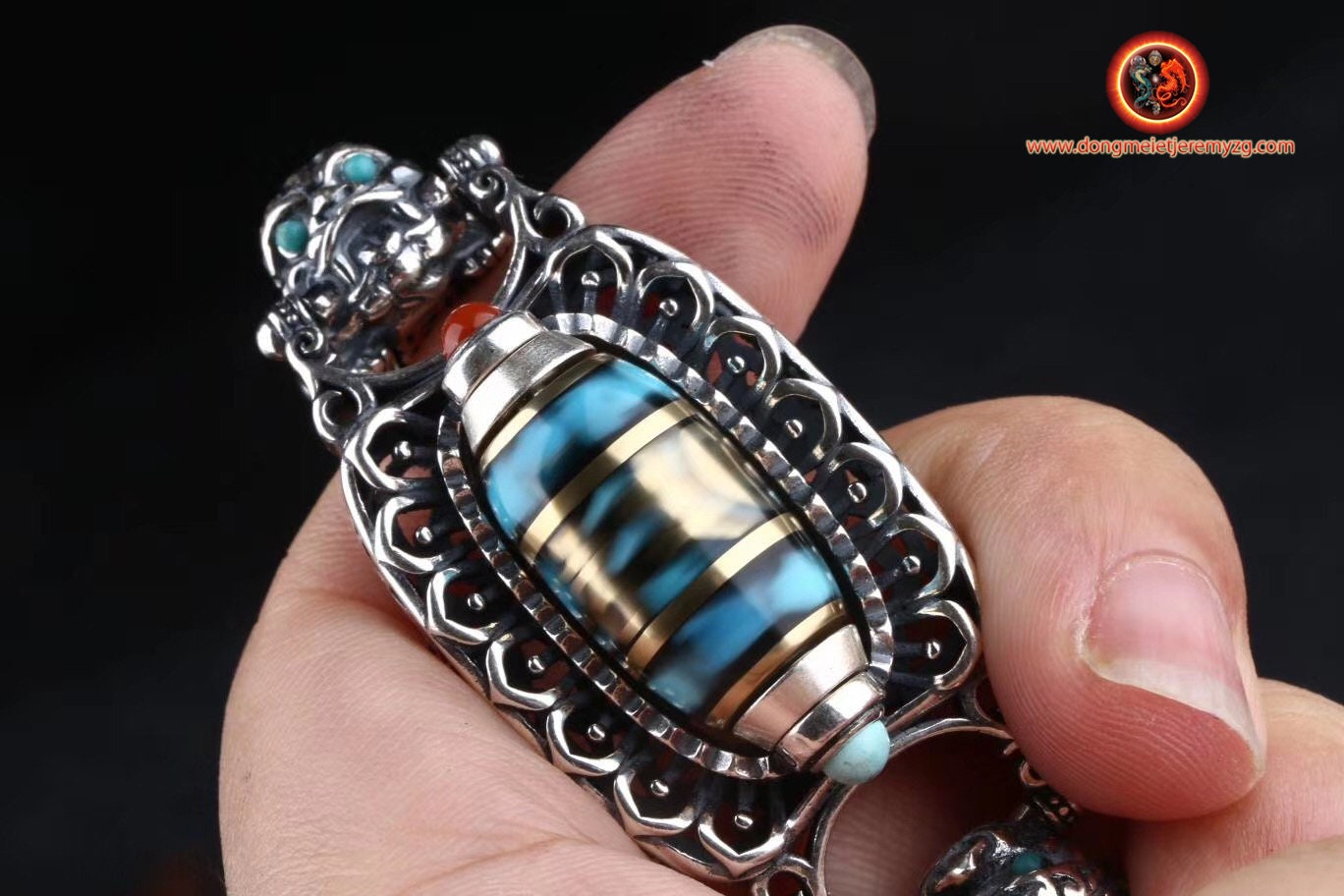 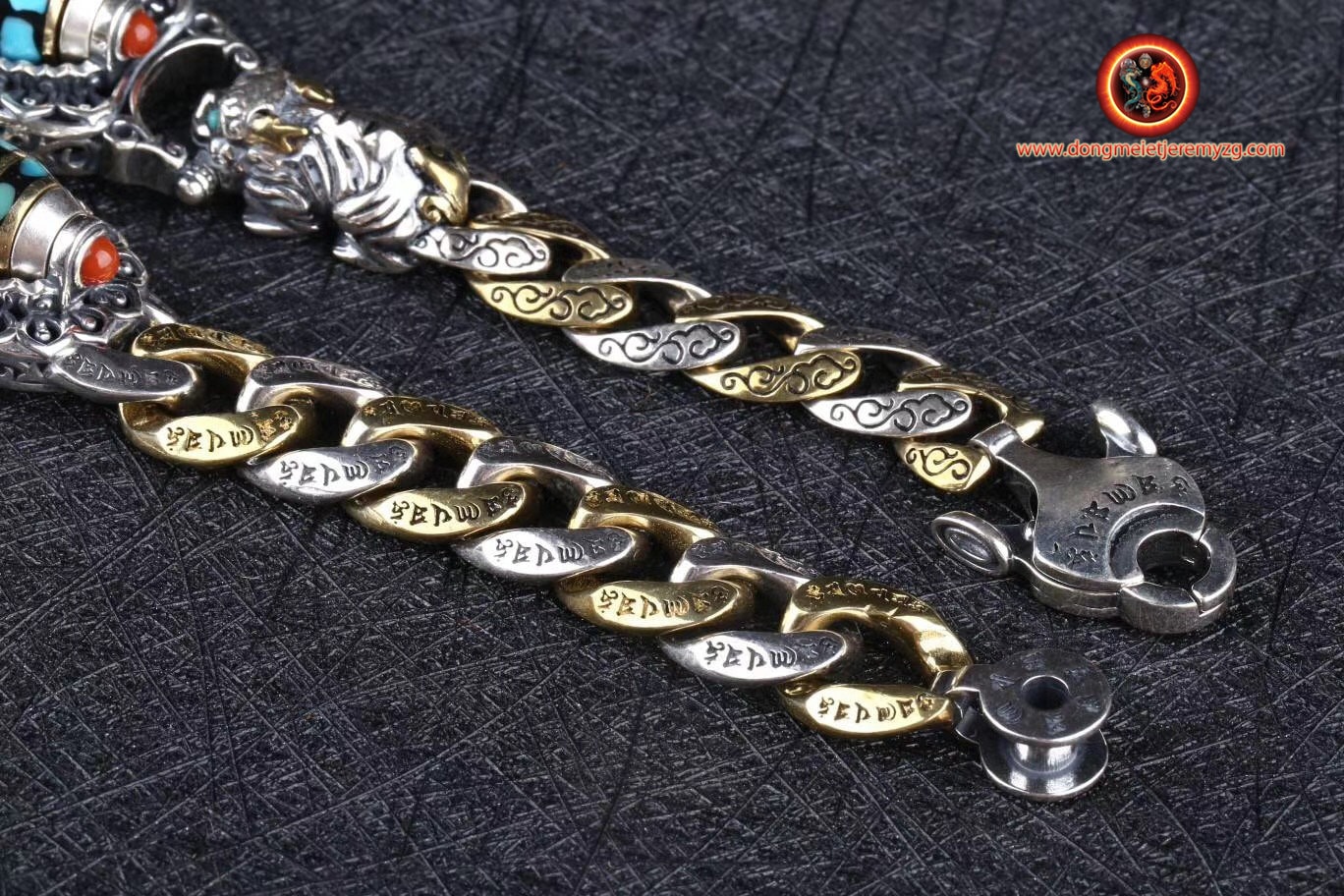 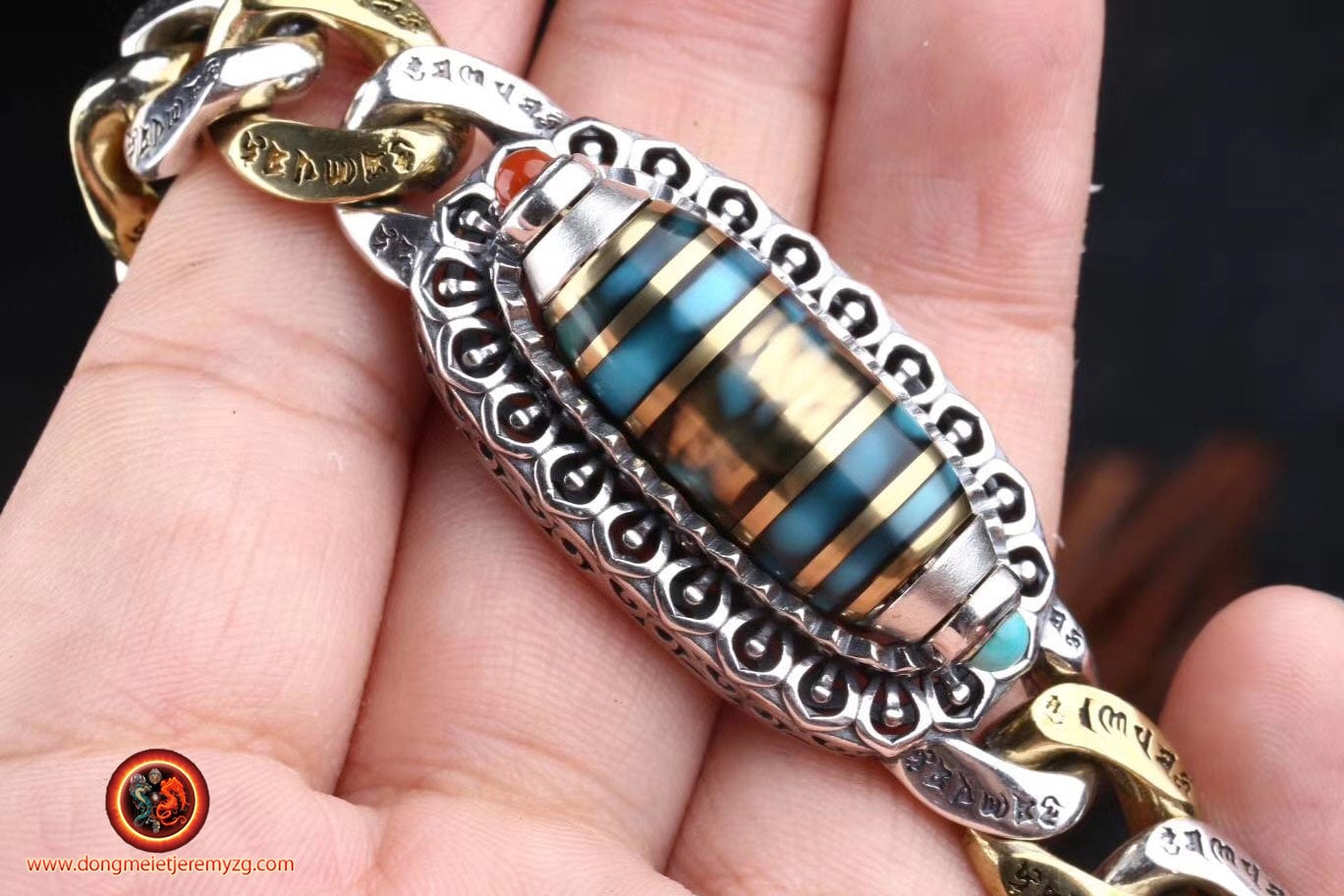 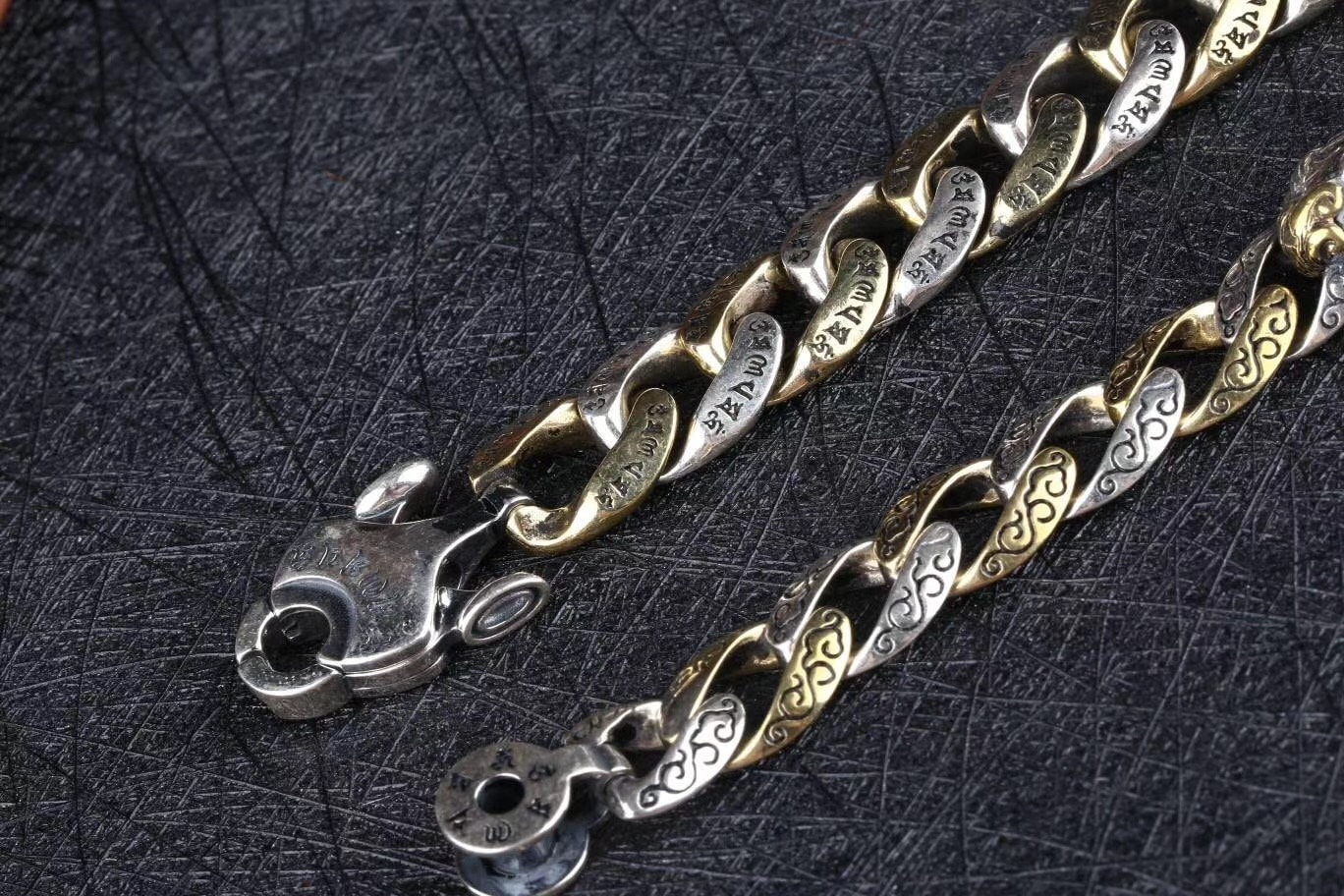 Mantra of compassion "om mani padme hum" engraved on the DZI.
The Dzi is rotating thanks to a high-precision ball bearing developed in Germany