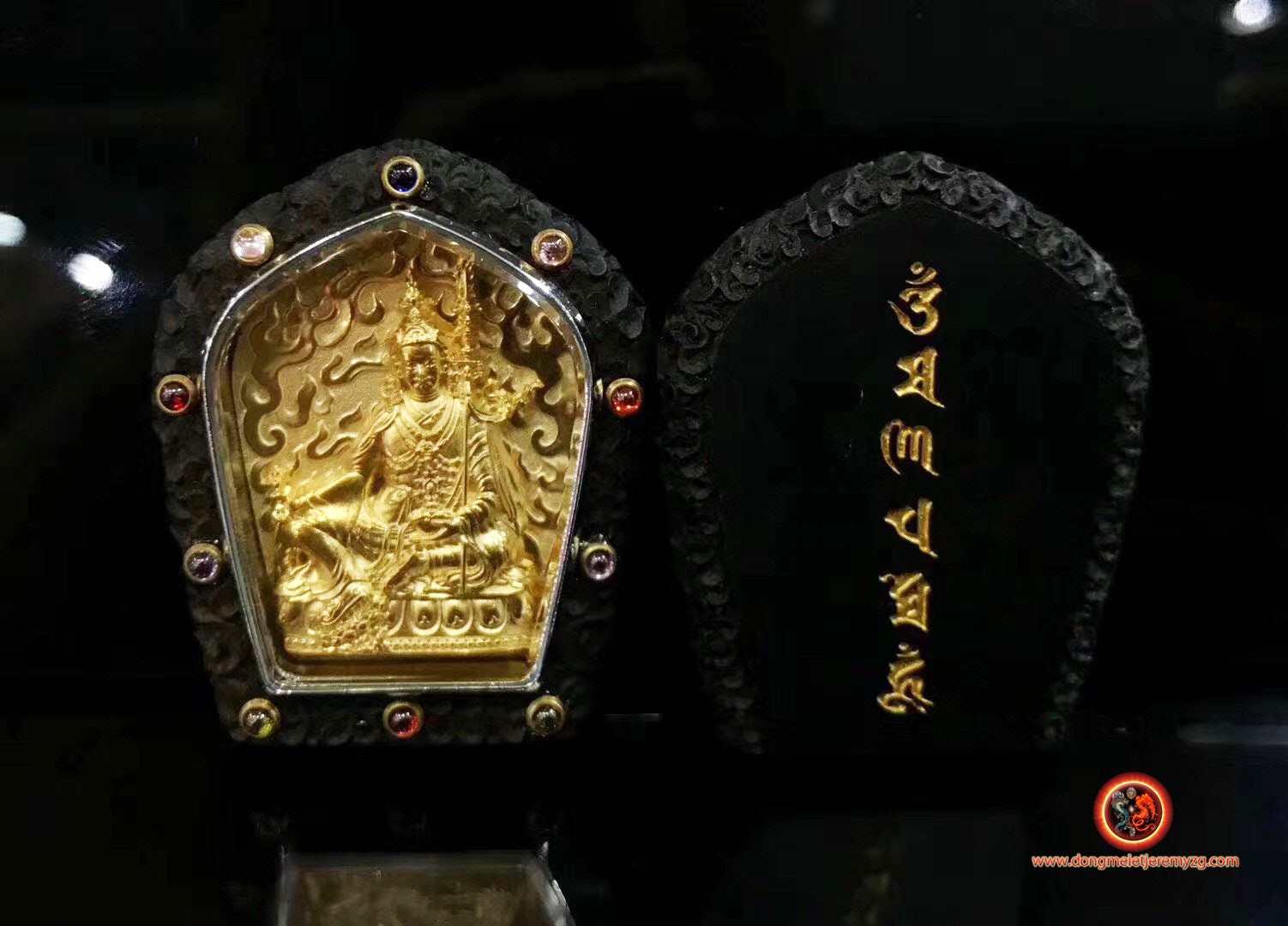 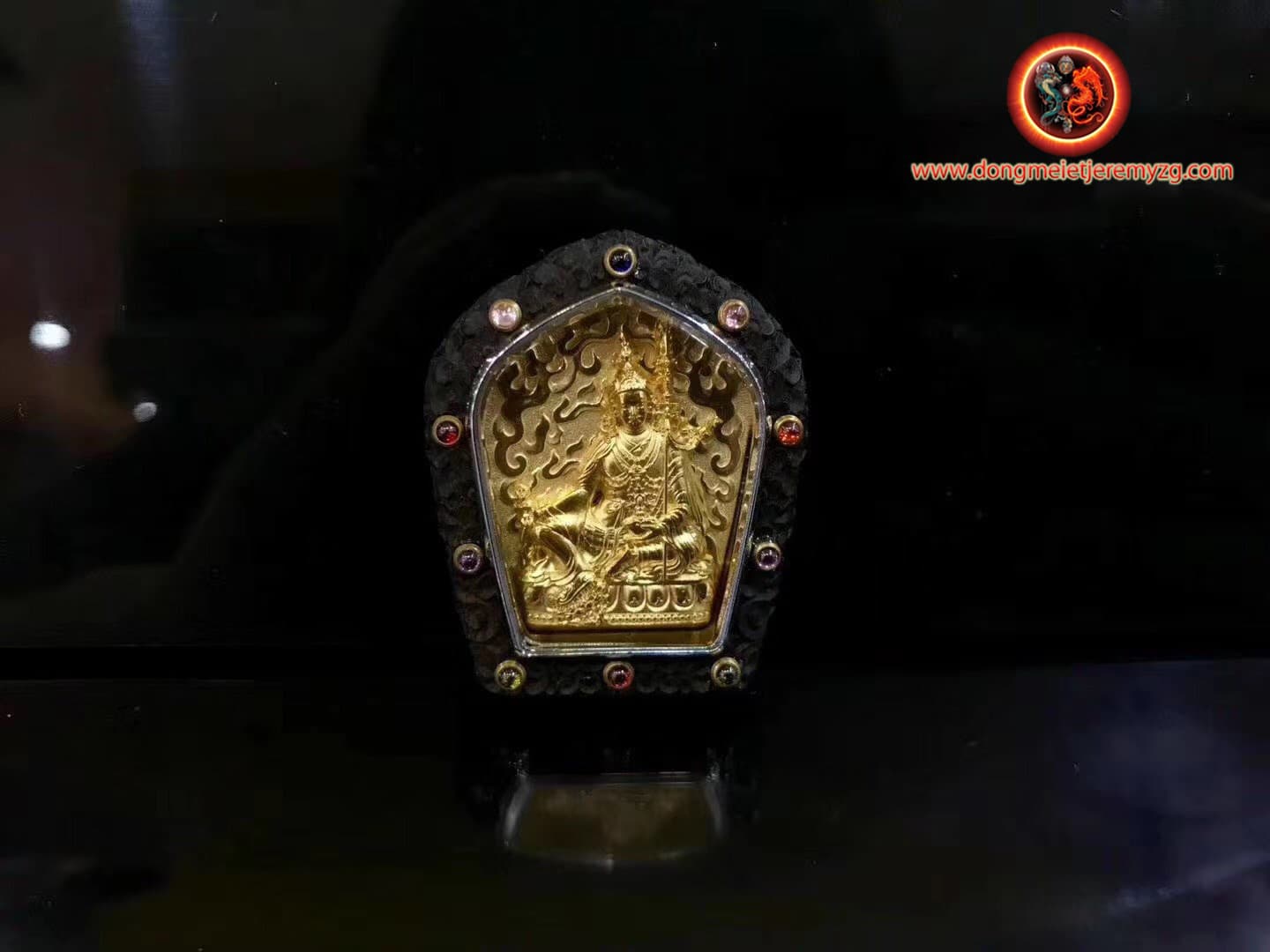 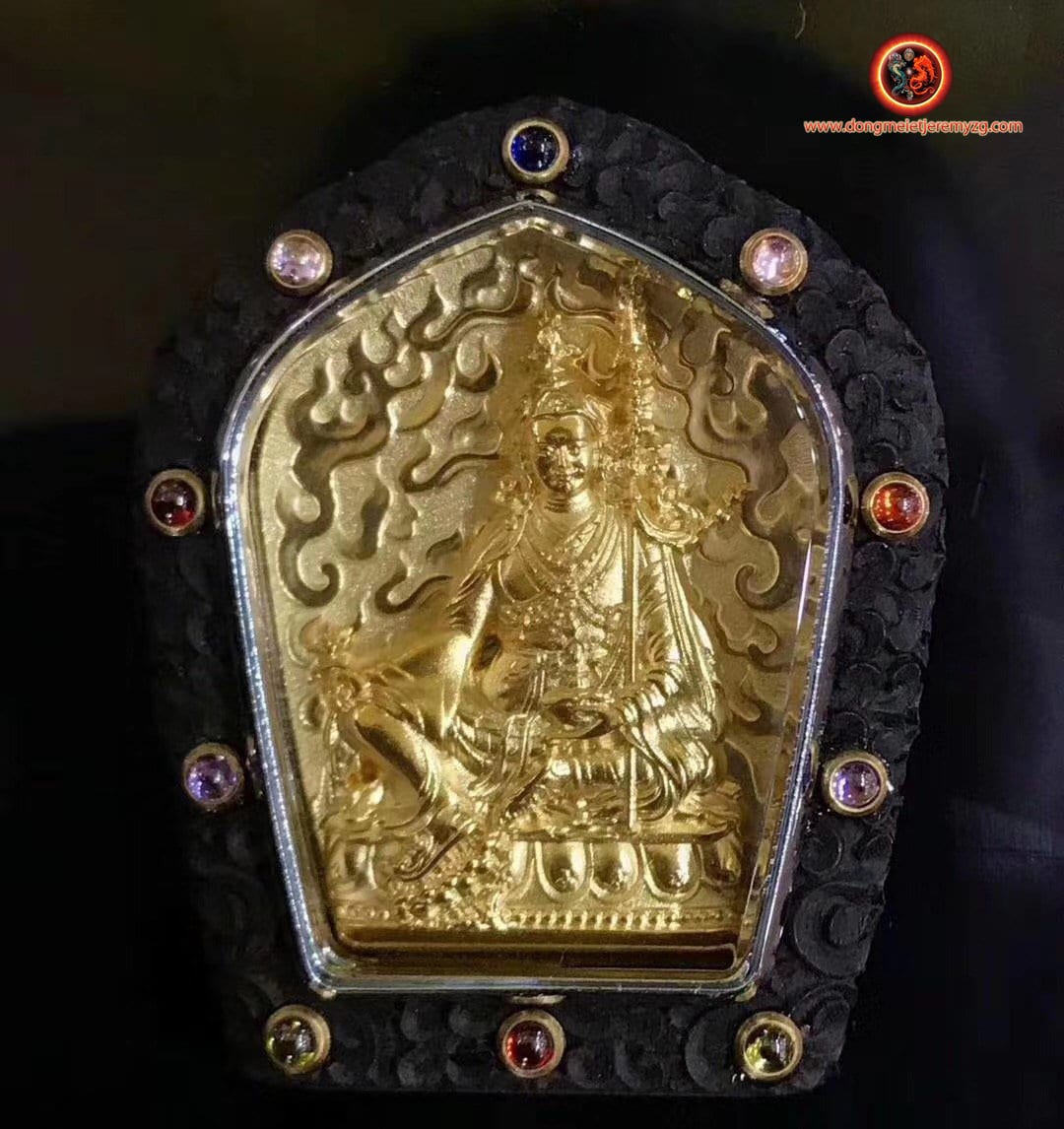 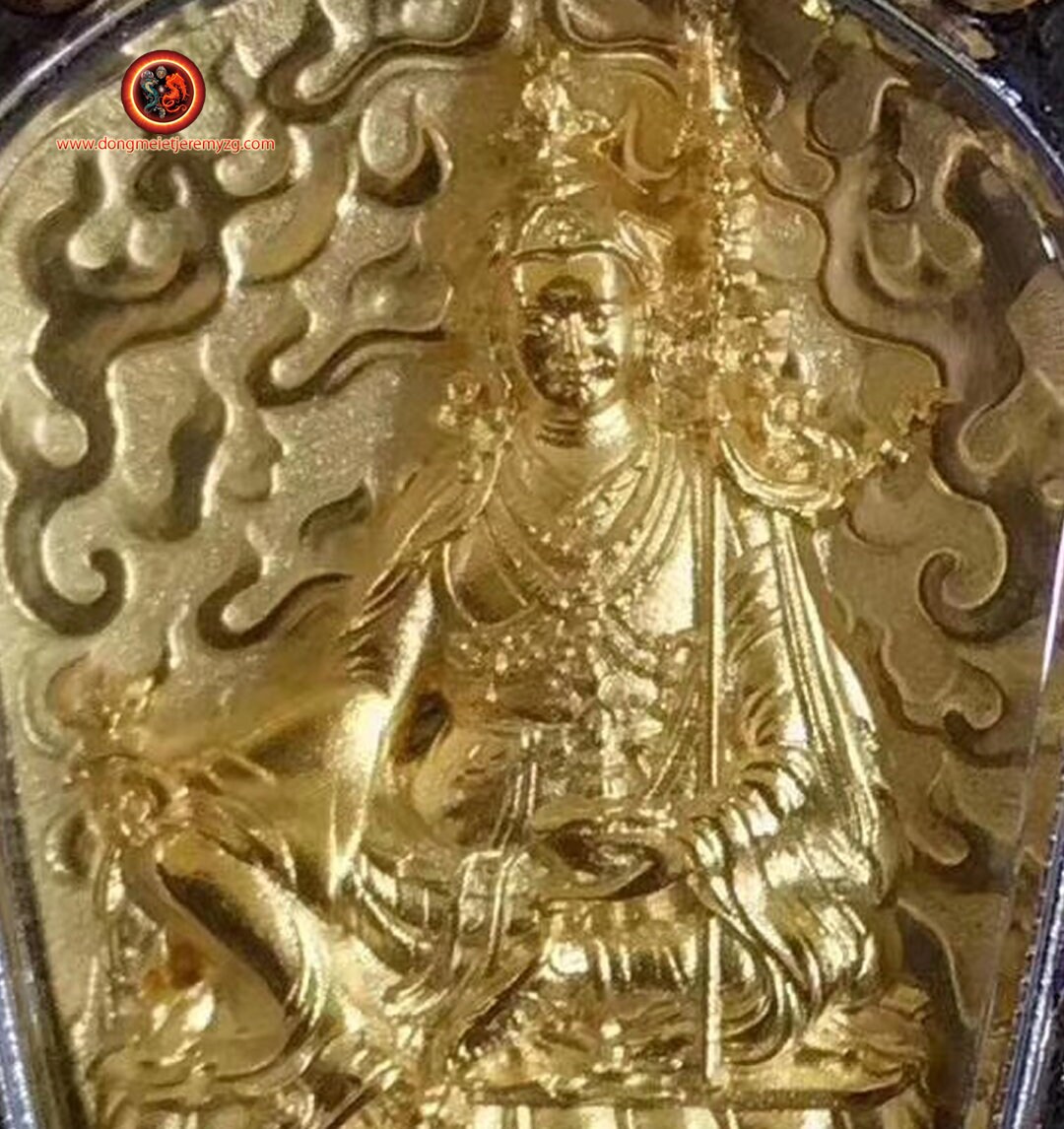 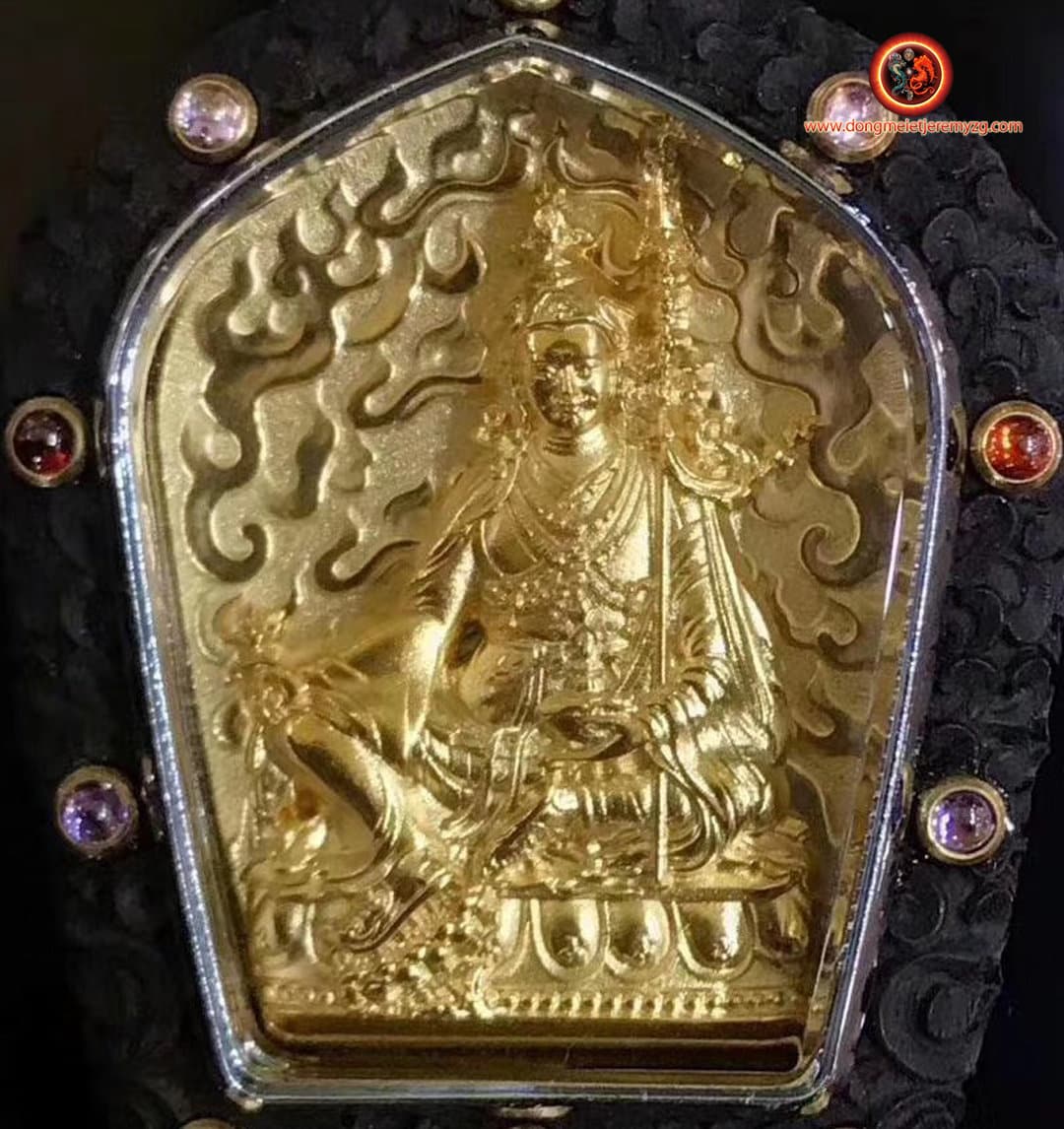 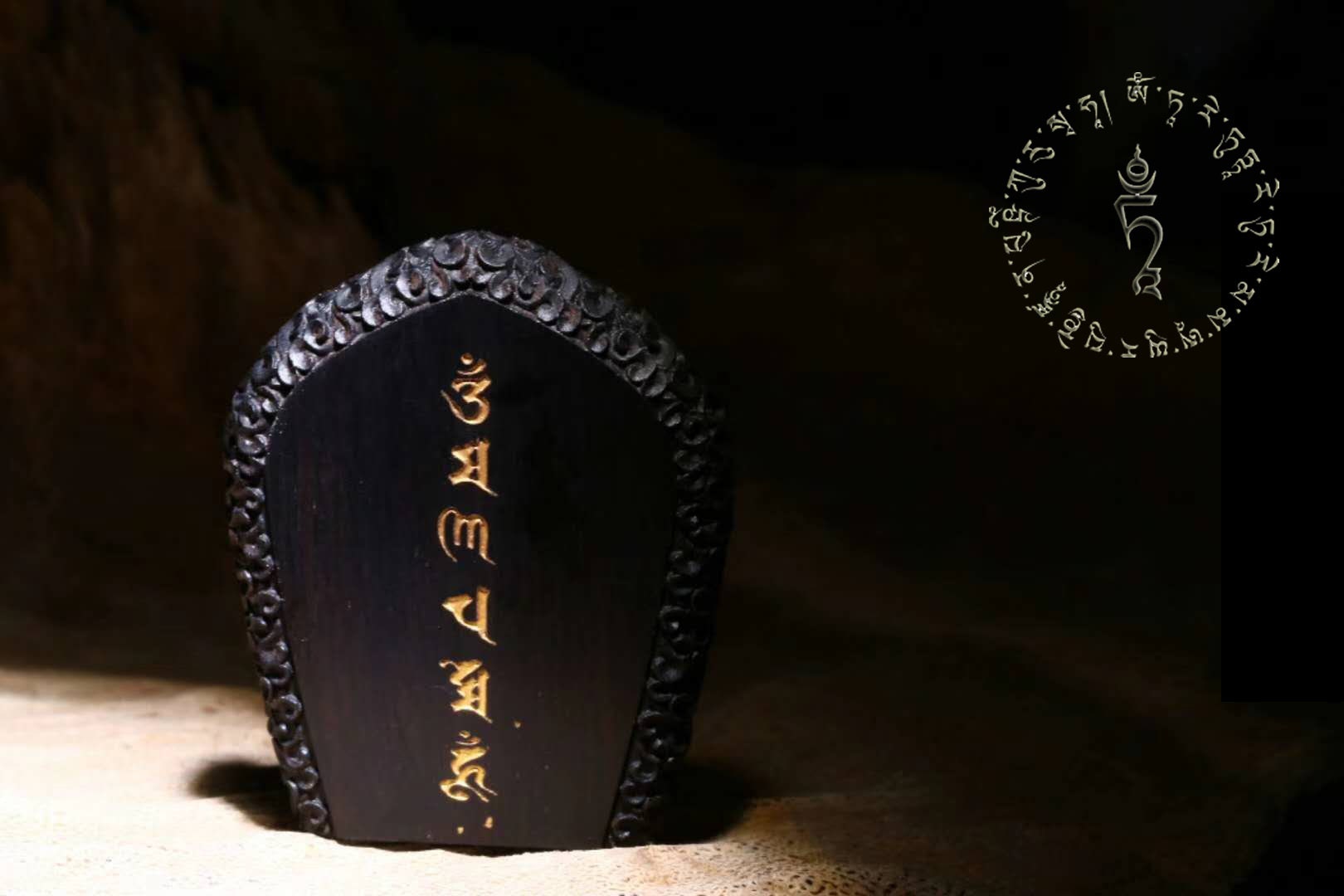 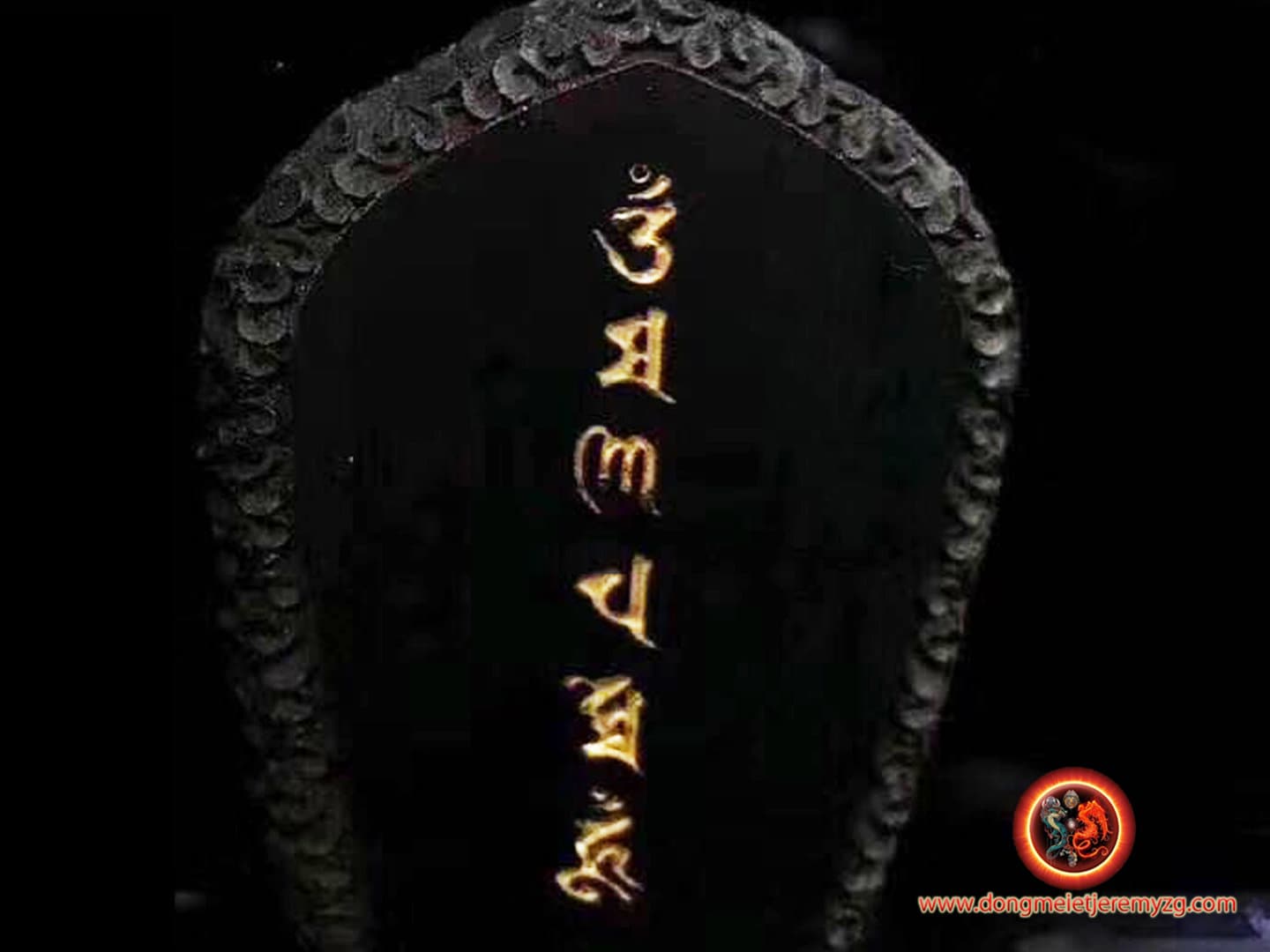 Tibetan protection amulet Guru Rinpoche ,
red sandalwood, silver 925
18K gold-plated, g
gems set.
All around the pendant are set in wood, sapphires, rubies, spinels and amethysts
On the back of the pendant is engraved the mantra "Om mani padme Hum!"

Padmasambhava, literally born of the lotus, is a 7th century Buddhist master born probably during the first quarter of this century, in the Swat Valley in Pakistan also known as Guru Rinpoche ("precious master").

Although he has existed historically, nothing is known about him except that he participated in the construction, at the request of King Trisong Detsen, of the first Buddhist monastery in Samye, Tibet, which he left due to court intrigues.

A number of legends have grown around the life and deeds of Padmasambhava, and he is widely revered as a "second Buddha" throughout Tibet, Nepal, Bhutan and the Himalayan states of India.

In Tibetan Buddhism, it is associated with the literature of terma, and would be an emanation of Amitabha related to terten to whom it would appear in visionary encounters and practice of yoga guru , especially in the schools Rimé . The members of the Nyingma school consider him the founder of their tradition.

Padmasambhava is not only the founder of Buddhism in Tibet, he is also at the origin of the terma tradition or "Spiritual Treasures" transmitted by those who discover them, the Terchons of the Nyingmapa school. Several times in his teachings Padmasambhava prophesied the coming to Tibet of the Karmapas of the Kagyu school.