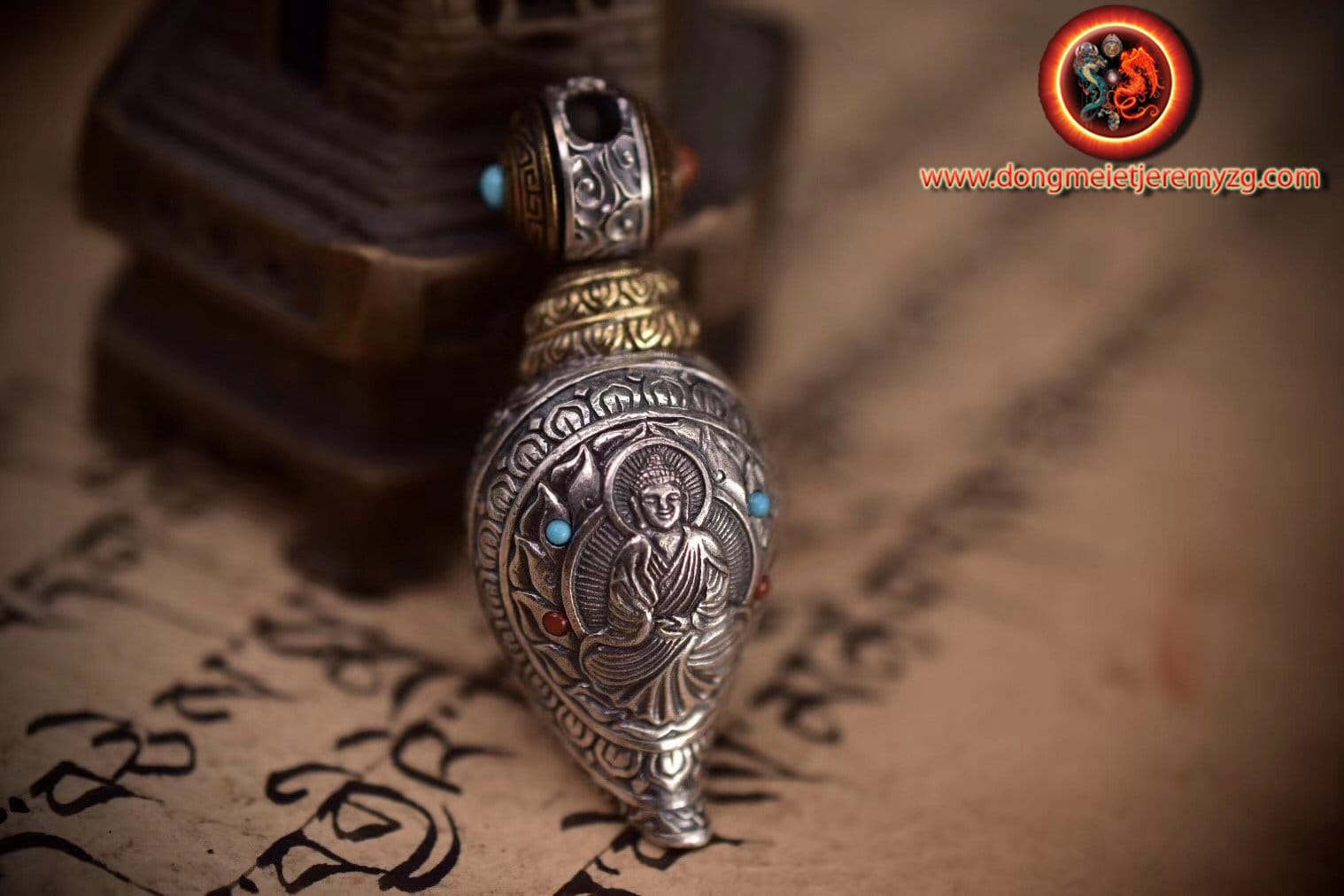 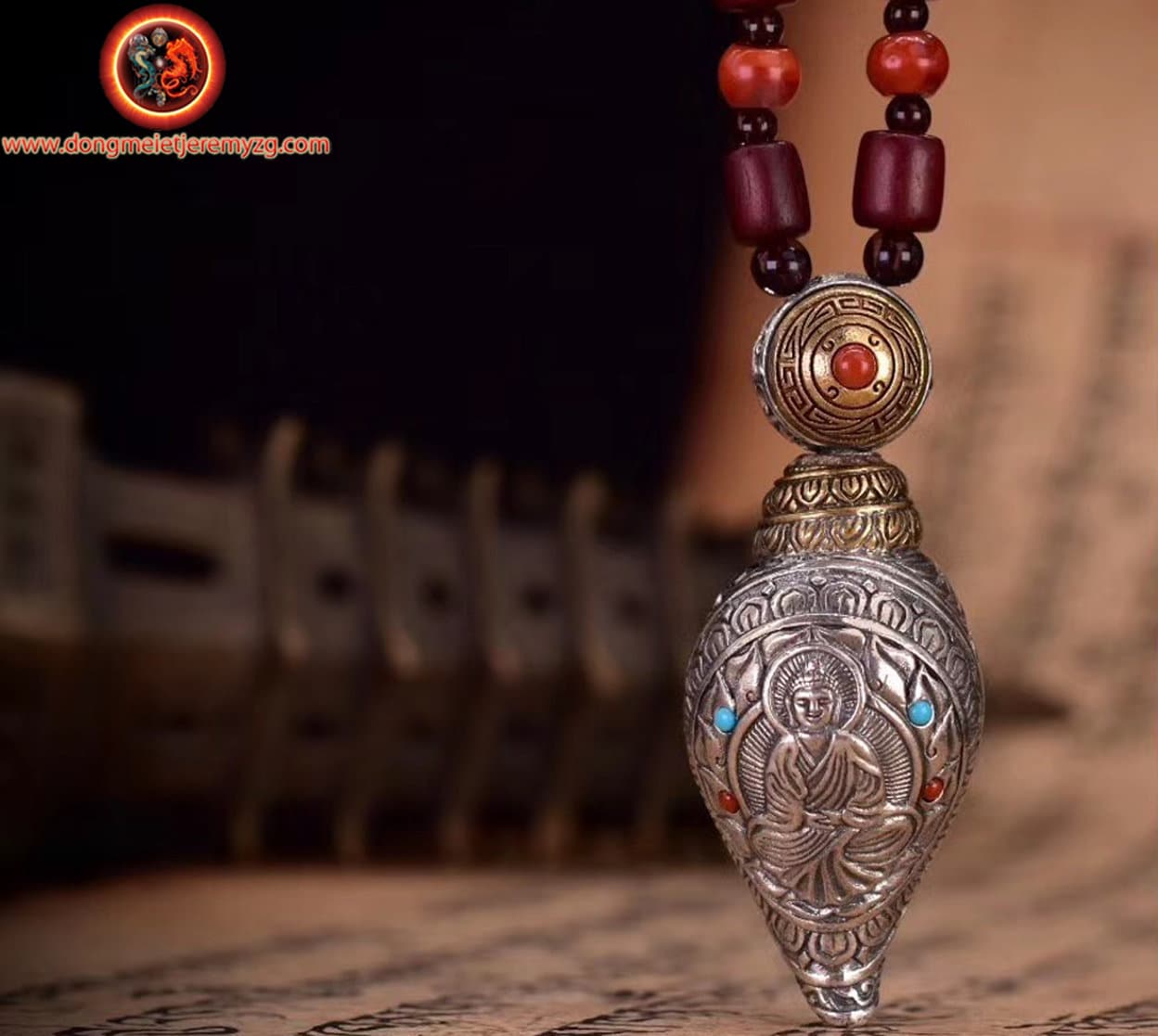 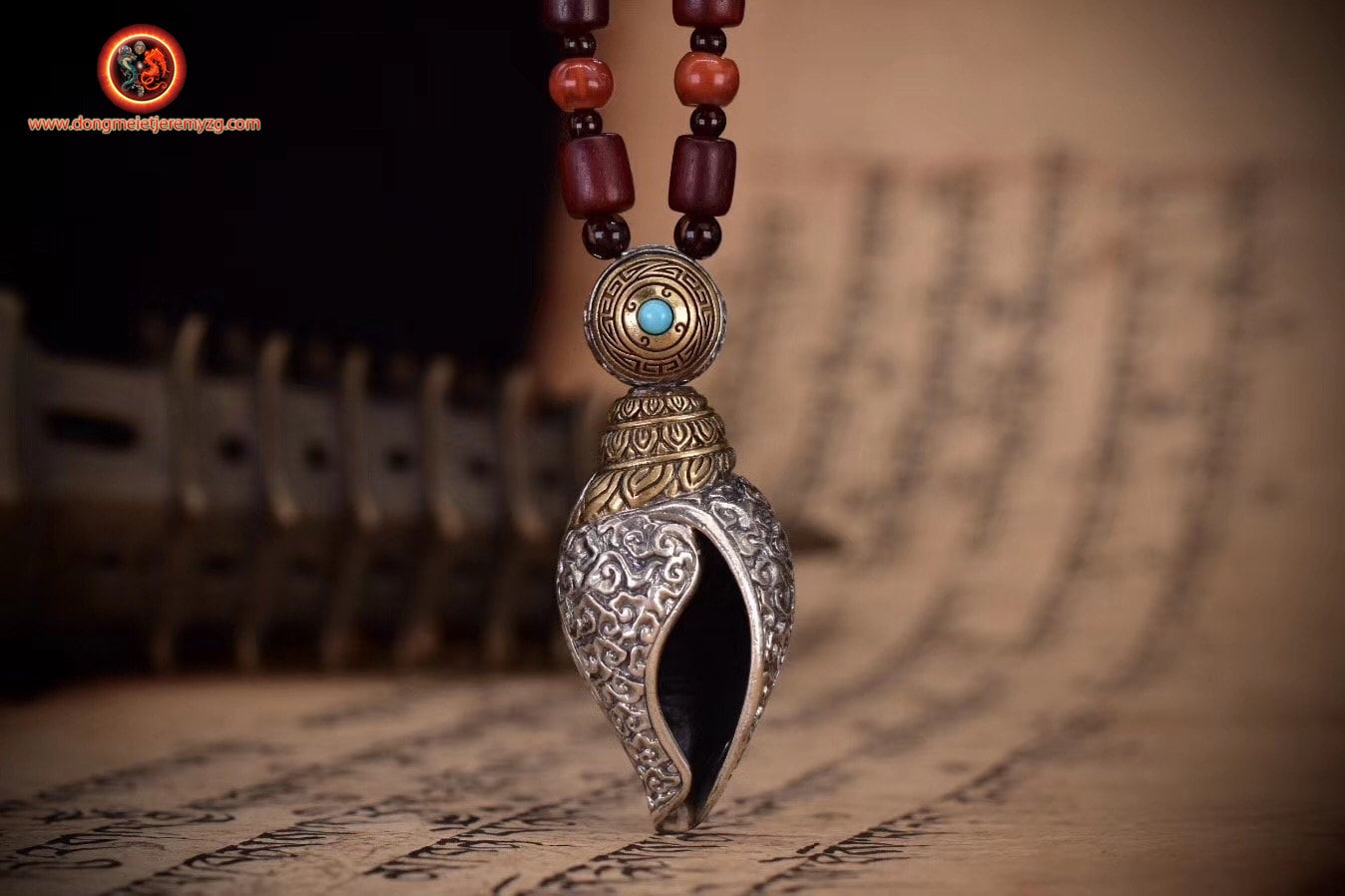 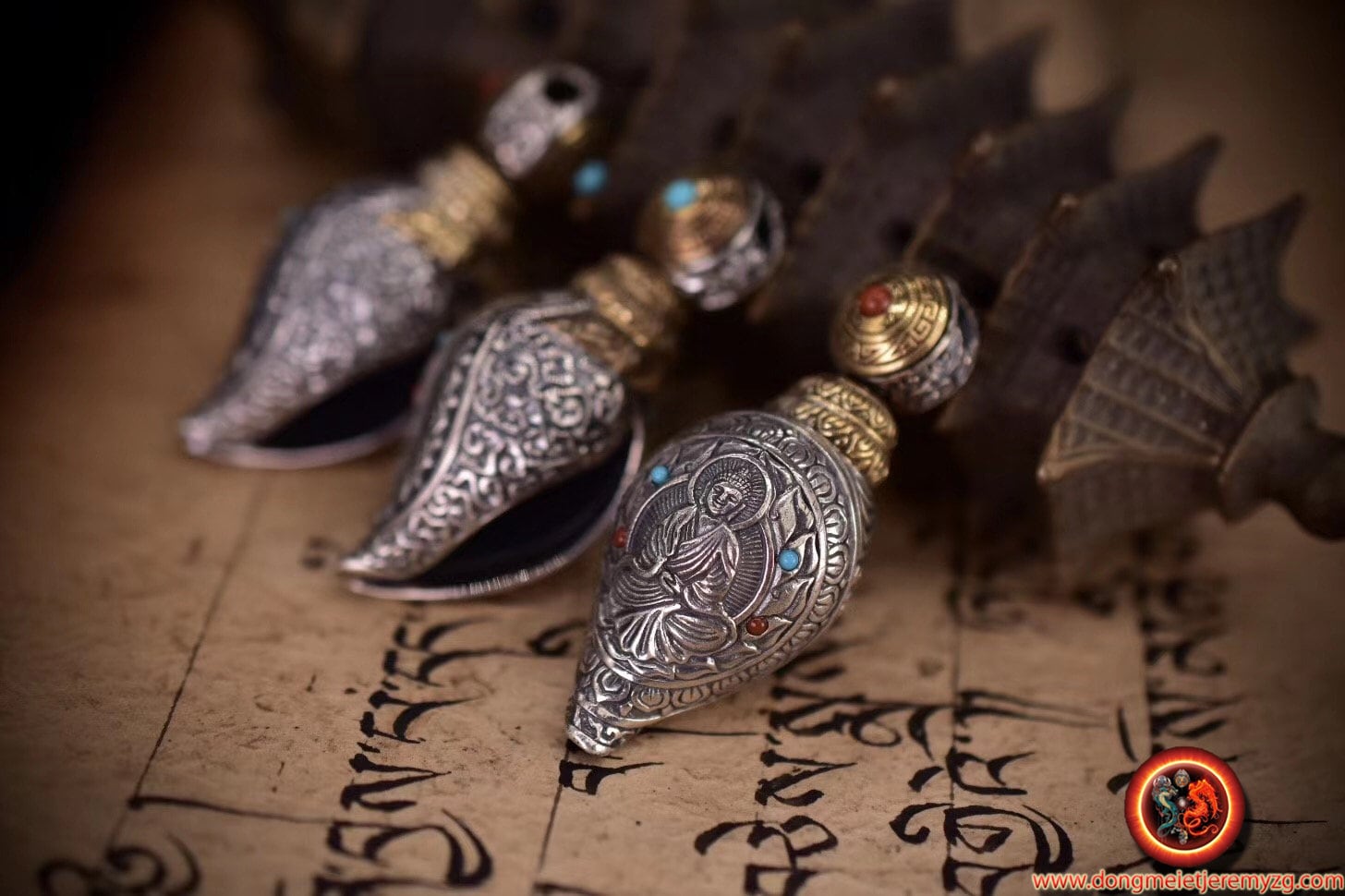 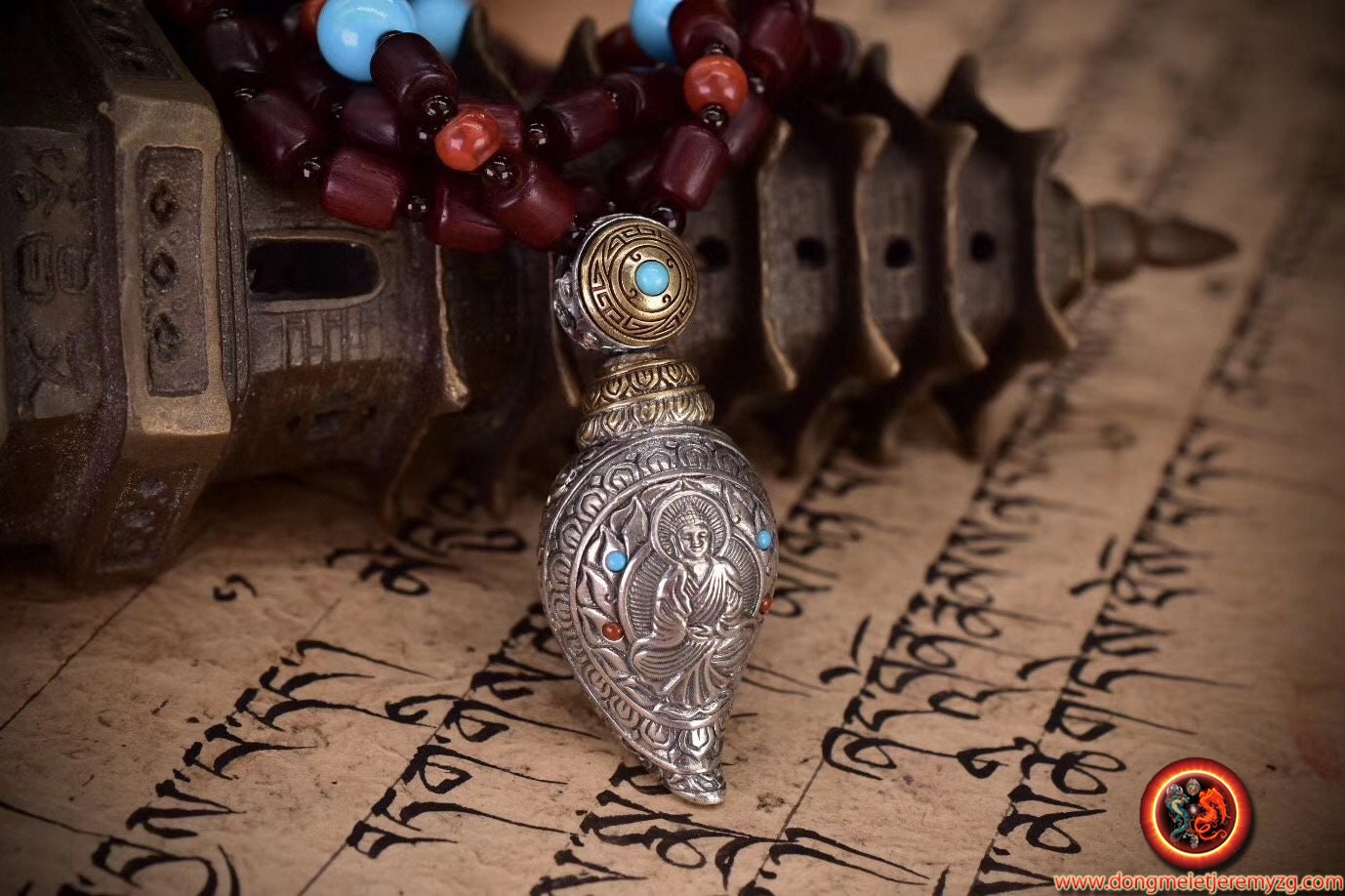 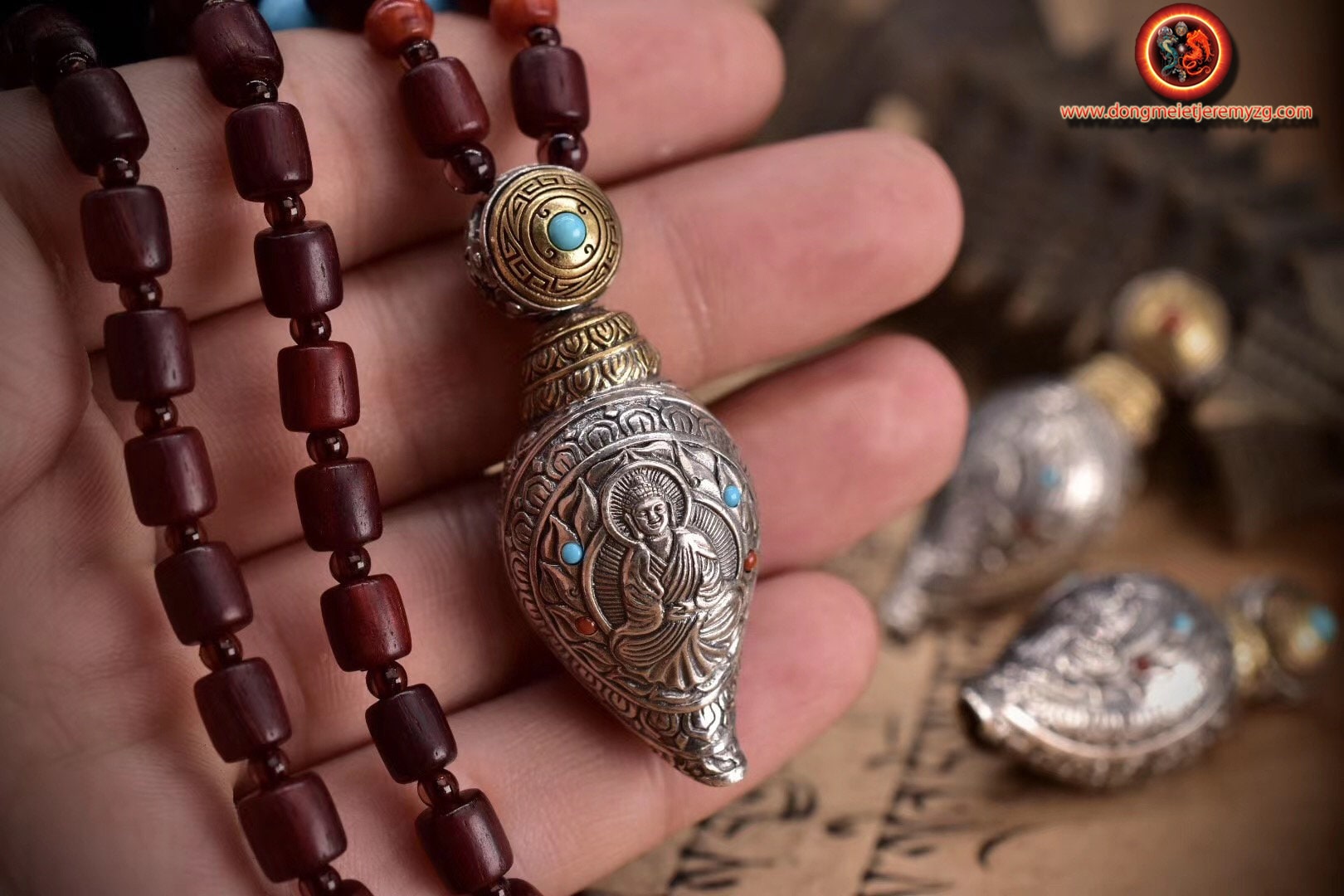 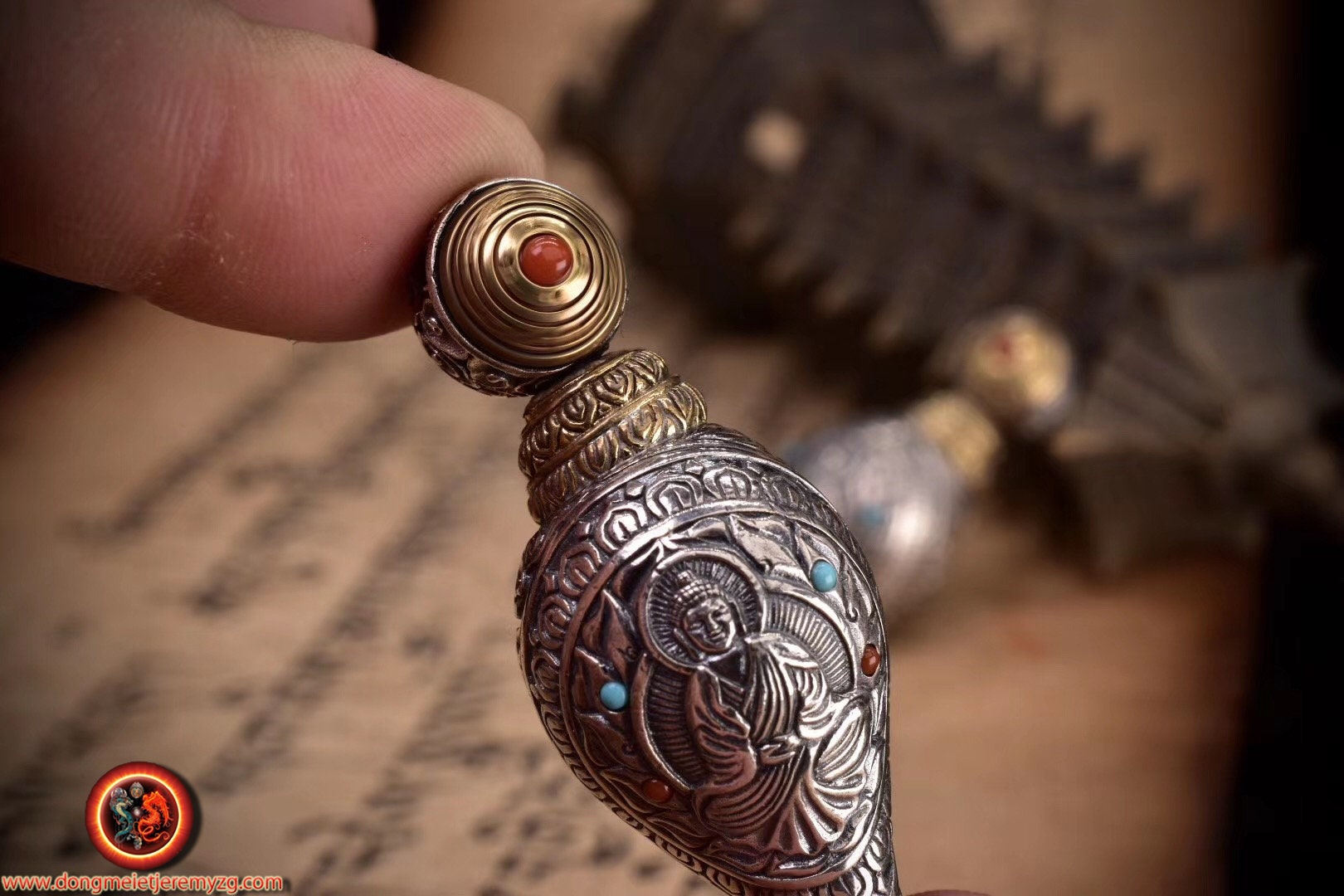 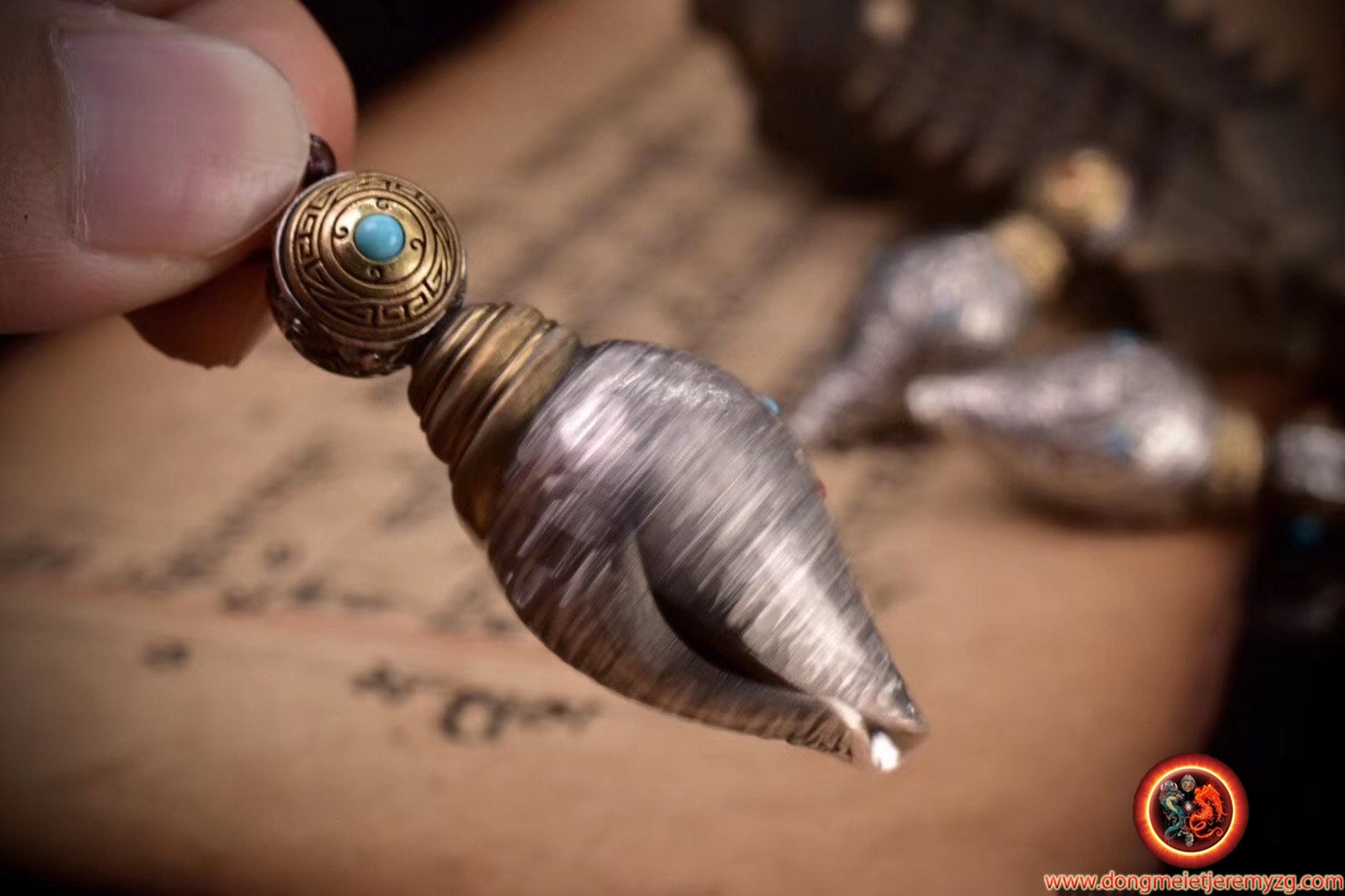 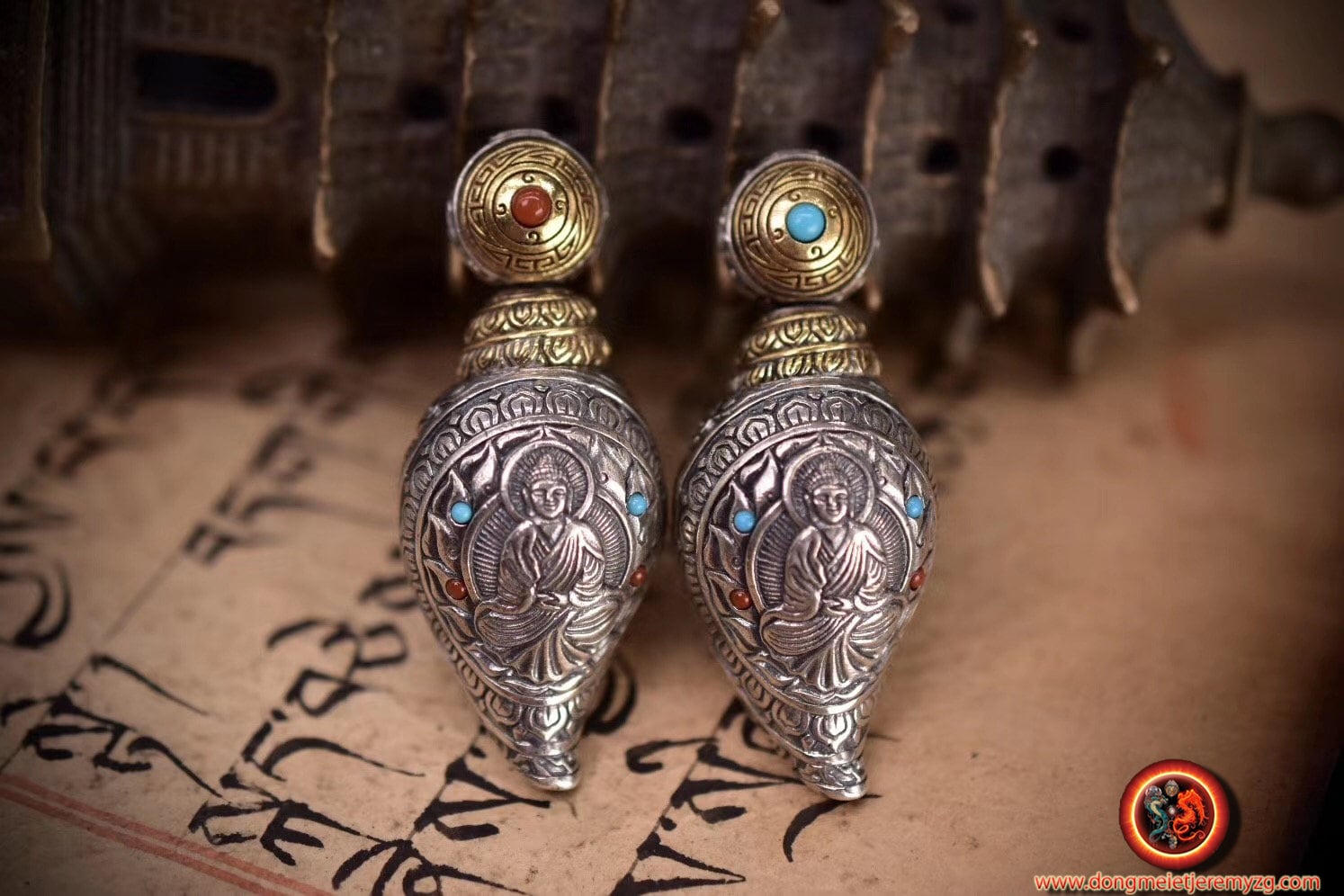 As one of the 8 auspid signs of Buddhism, the conch symbolizes power, the fearless truth of a Buddha's word.
the parasol representing his head, the two fish his eyes, the vase his neck, the lotus his tongue, the golden wheel his feet, the banner of victory his body, the endless knot his mind.

A traditional instrument of Tibet, the conch dextrogyre moves to the right and is the rarest and most conducive to the practice of Tibetan Buddhism. It symbolizes the sound of the Dharma that awakens the beings from the sleep of Ignorance, thus encouraging them to do their own good for the good of others. It is also the protection of the Jewel of the Dharma, the progression of steps into steps towards the ultimate realization, awakening or Enlightenment.
Its auspicious ringtone is deemed to banish evil spirits, fend off natural disasters and put harmful creatures on the run by spreading the glory of the Dharma to all directions.

The incorporation of the concount in Tibetan practices dates back to the salt caravans that descended from Tibet to India. These caravans were coming up with seashells.

The use of the conch was imported to Japan, Importing the Tantric Form of Buddhism due to Kukai (July 31, 774 - April 22, 835) scholar and official at the Japanese imperial court (early heian era), holy founder of the esoteric Buddhist school Shingon, during his trip to China in 804, for an initiation purpose