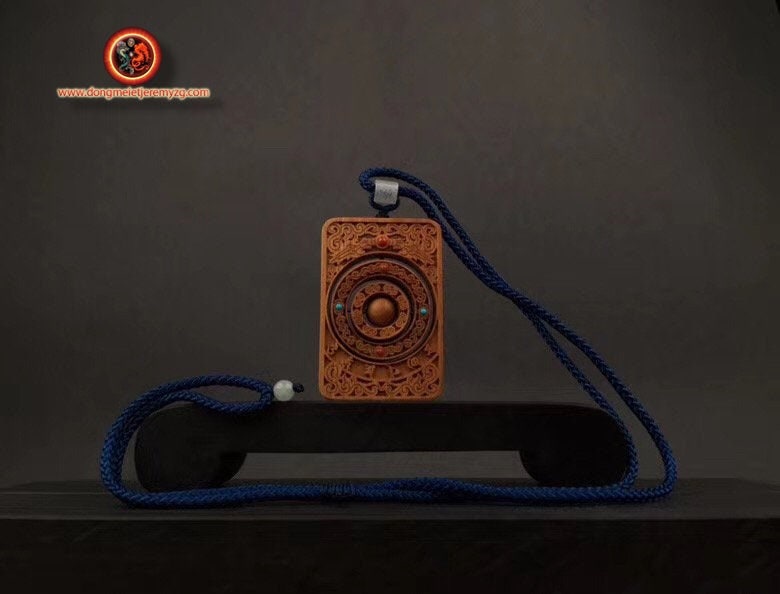 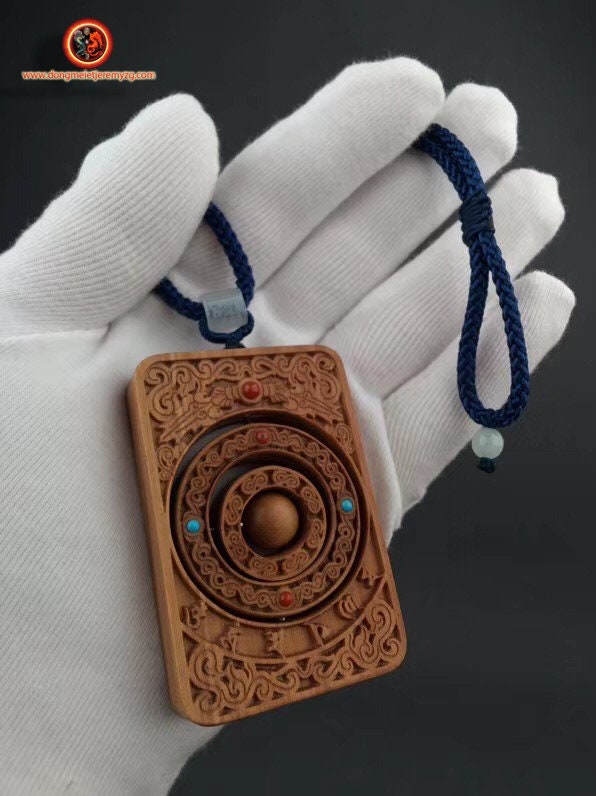 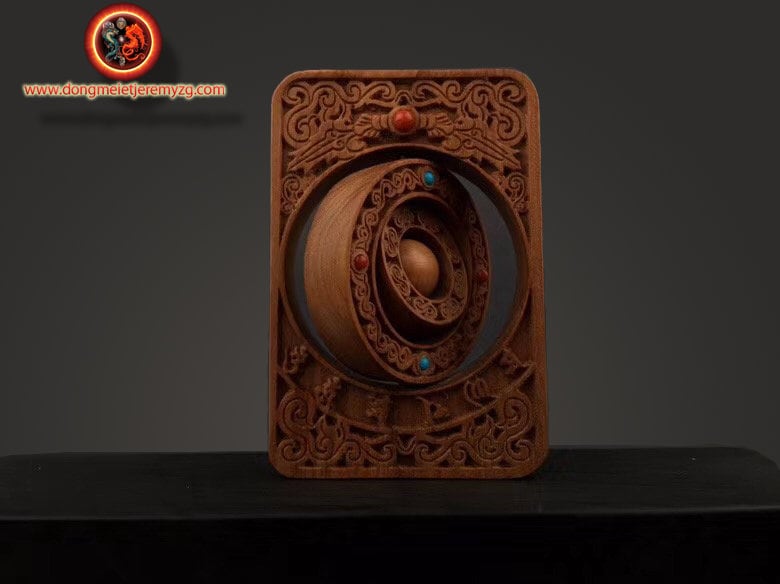 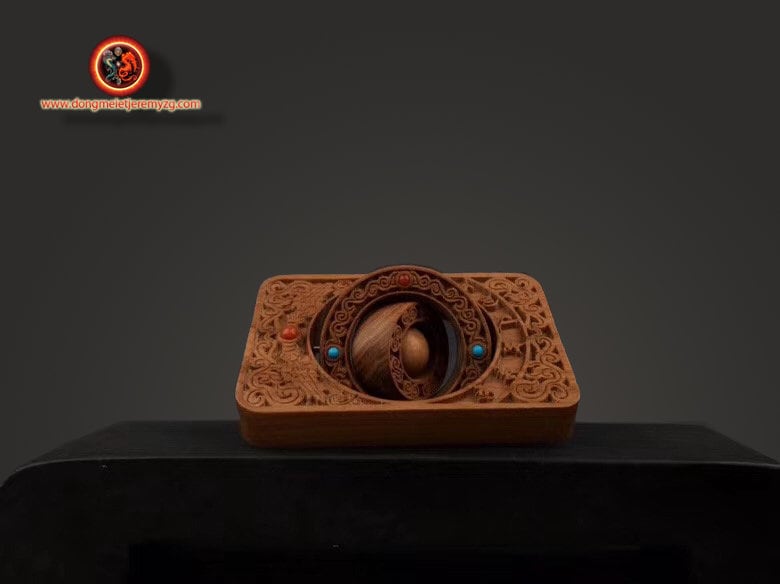 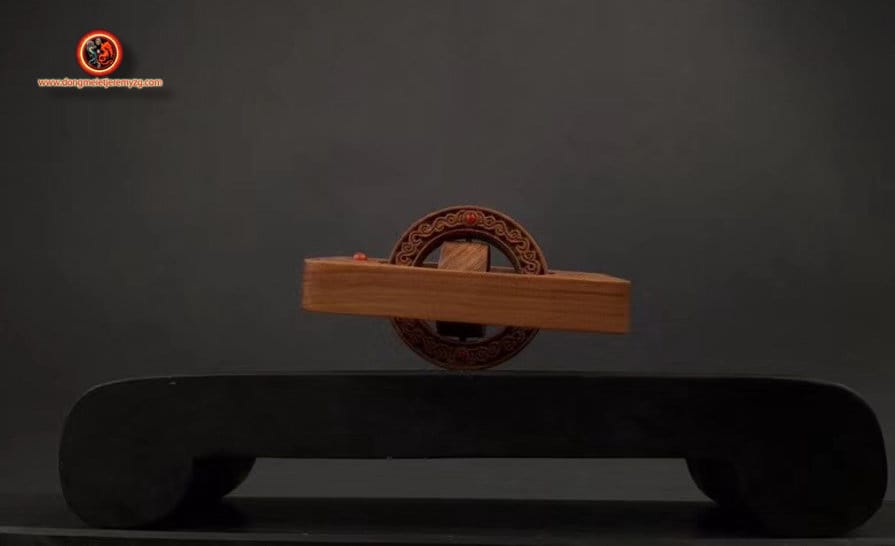 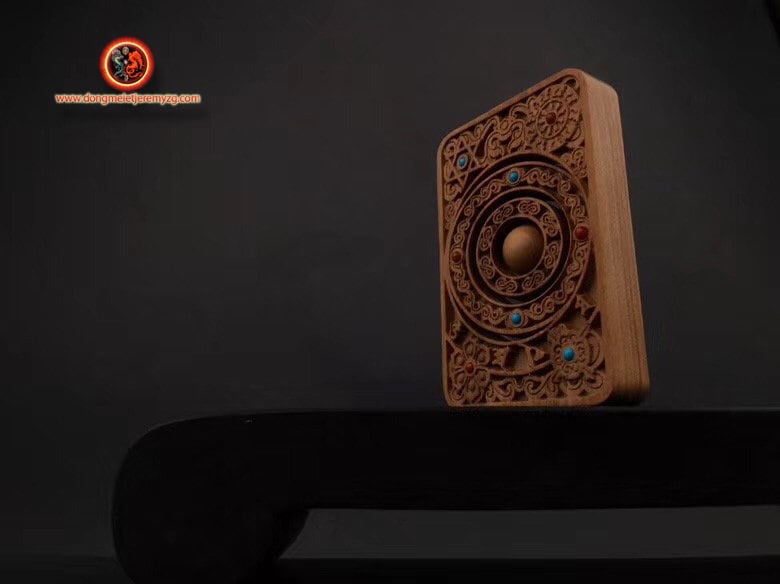 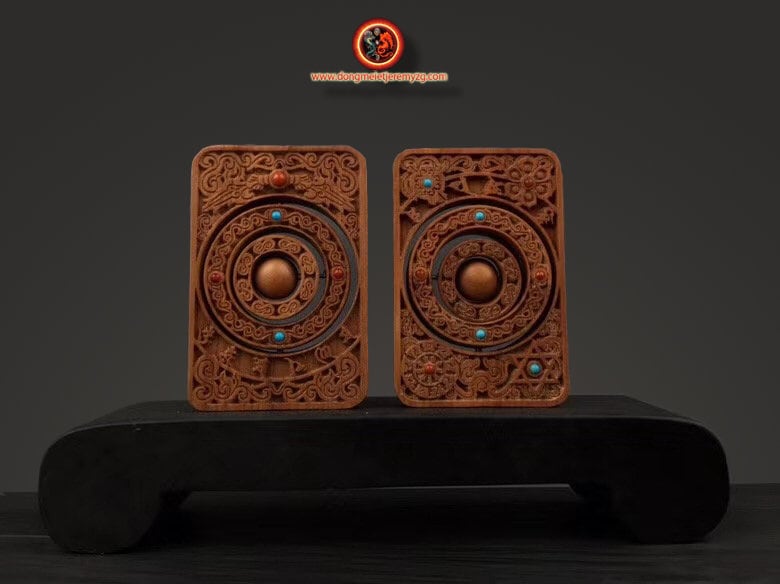 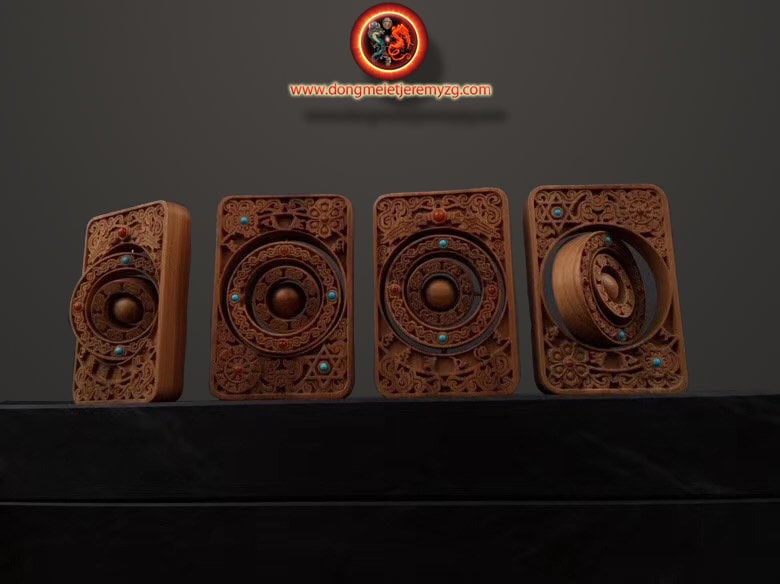 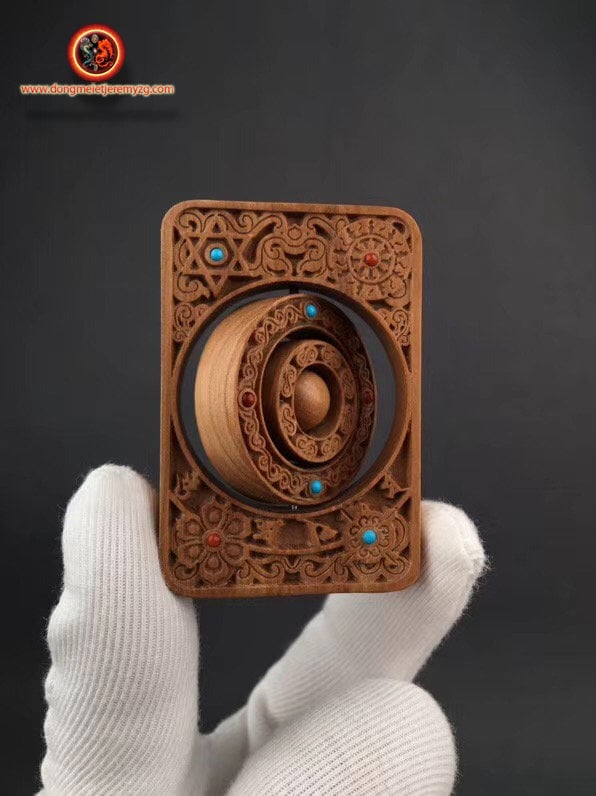 Cartability sculpts on both sides entirely by hand

For many centuries, Mount Lao has been an important centre of Taoism in China. It is not one of the five sacred mountains of Taoism, but there are many sculptures, engravings and various monuments related to Taoism in this mountain.
Traditionally, this amulet is worn in order to attract benedictions, peace, luck and avoid the desastres.

The wheel of the Dharma remains the most important symbol of Tibetan Buddhism, it symbolizes Buddhist law as well as the teaching of the Buddha who was the first to set this Wheel in motion. The Wheel of dharma represents the eternal movement of the cycle of rebirths (or karma). It is also the continuity of the Buddha's teachings, in all its forms and in all directions, teaching that lead to Happiness and Liberation The Wheel of Dharma is often represented with four or eight branches, embodying the Four Noble Truths and the Eight Marches.

the six traits of the hexagram in Buddhism is related to the six paramitas: generosity, self-discipline, tolerance, virtue, meditation, wisdom. and become a powerful and effective symbol of protection.

In Buddhist tradition, these auspicious signs represent the offerings presented by the great Vedic gods - an ancient indian civilization at the origin of Hinduism - to Buddha Siddharta after his Awakening. Brahma was the first of these gods to appear even before the Buddha was born by presenting him with a wheel with a thousand rays of gold, as a symbolic request to the Buddha to pass on his teachings by "turning the wheel of the Dharma". Indra, Lord of Heaven and god of war and storm - and incidentally king of the gods - appeared following, offering the white conque for the Buddha to "proclaim the truth of the Dharma."

In the Buddhist tradition, the eight auspicious signs form the Buddha's body.