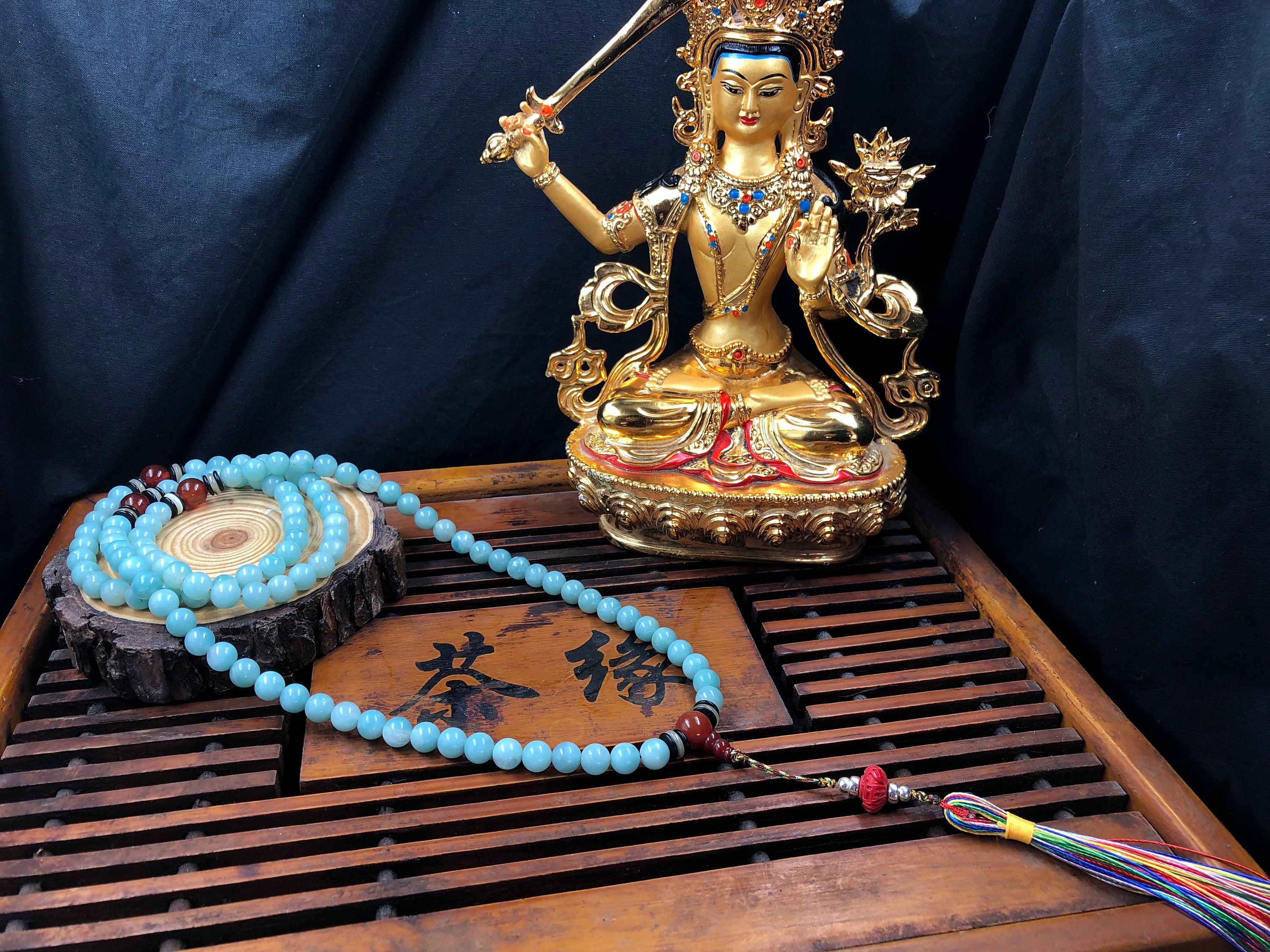 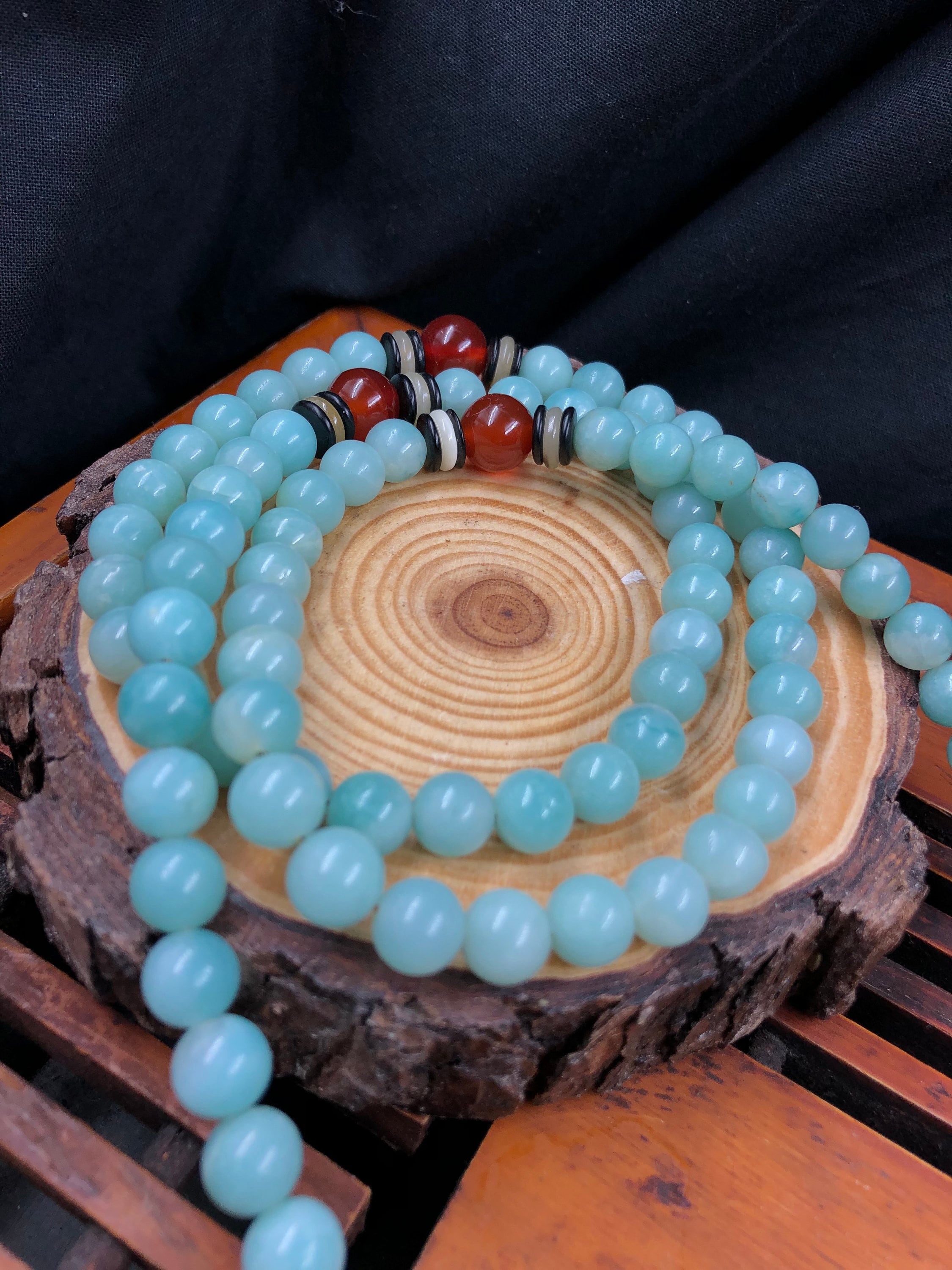 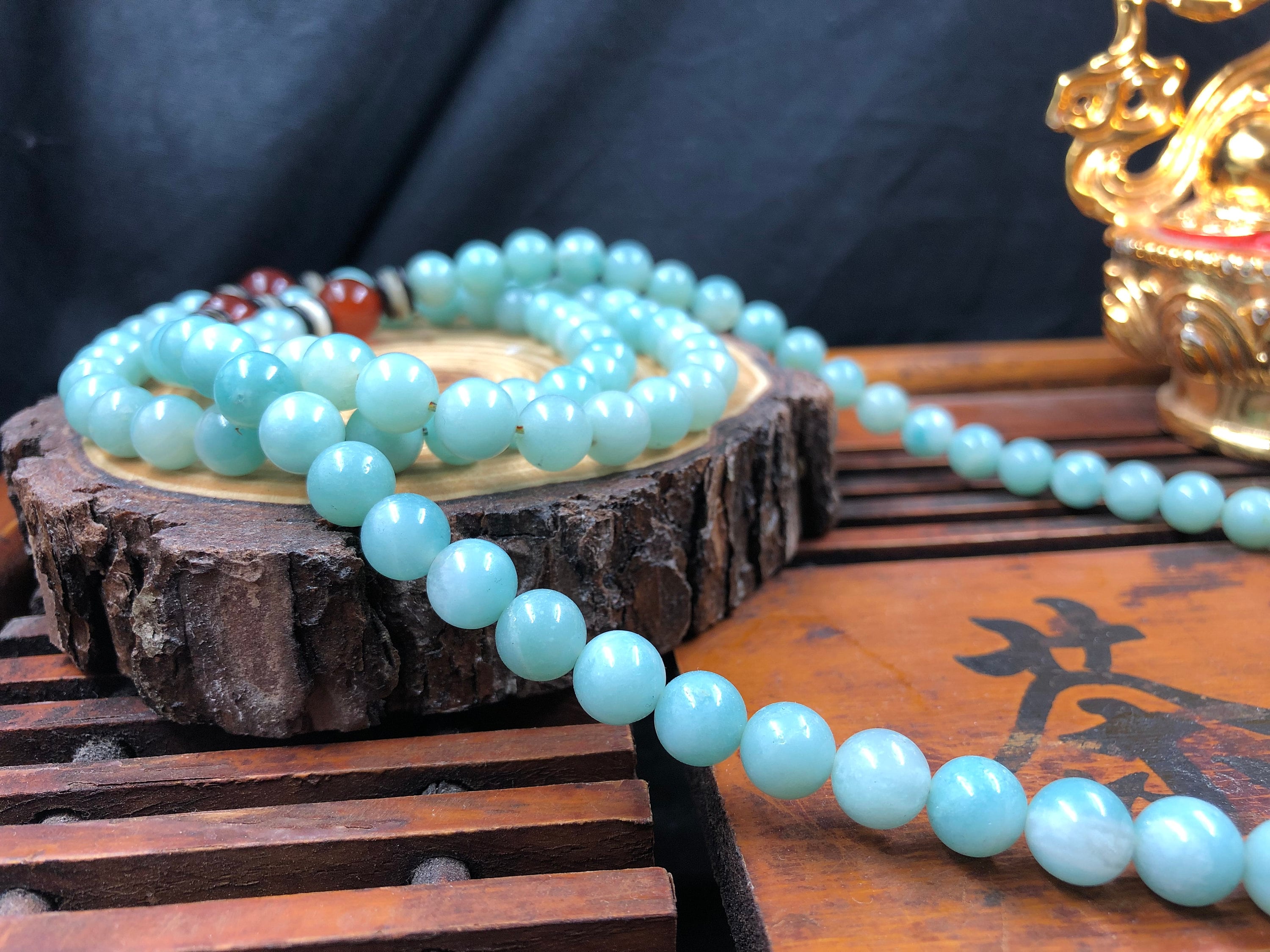 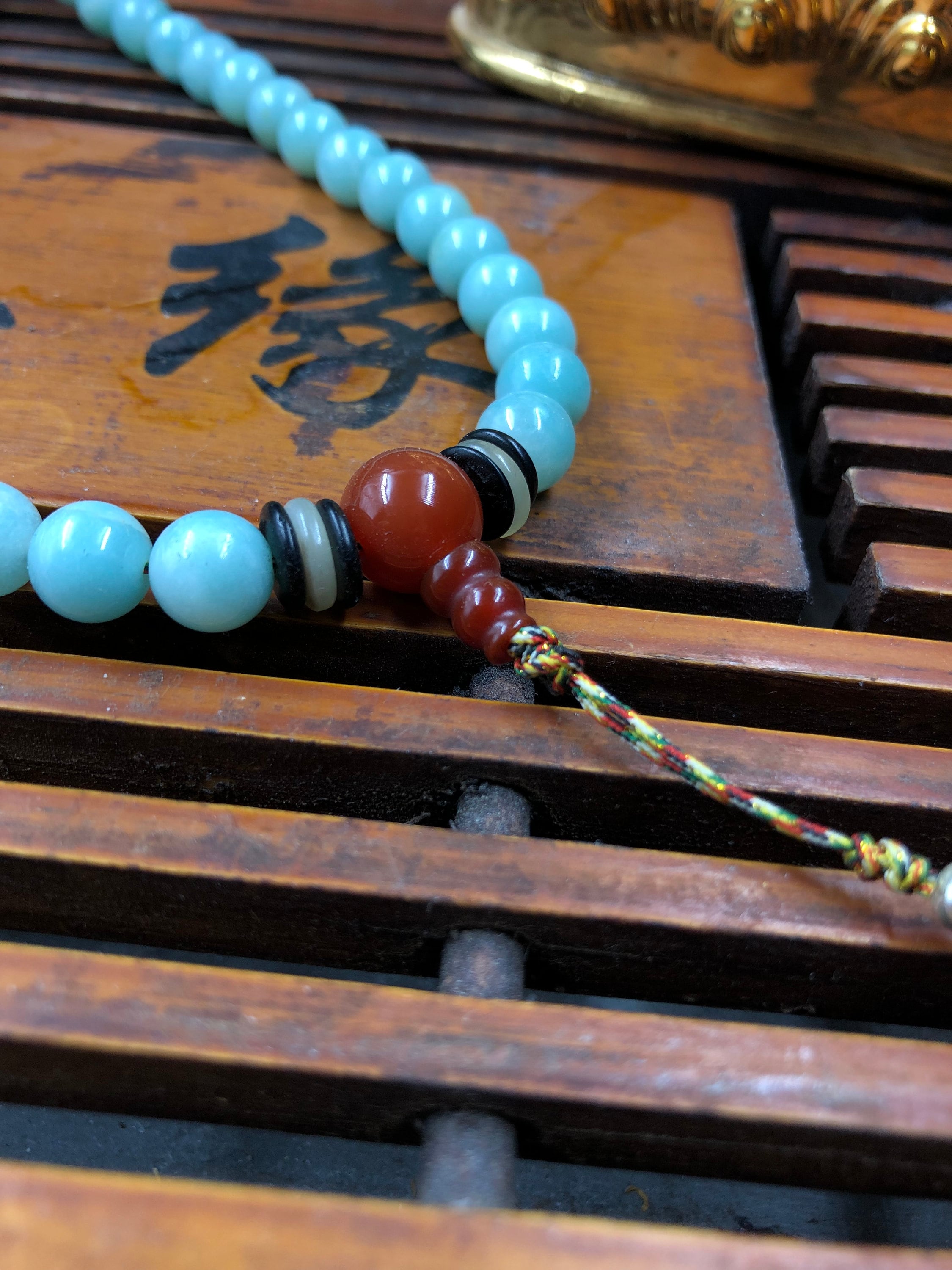 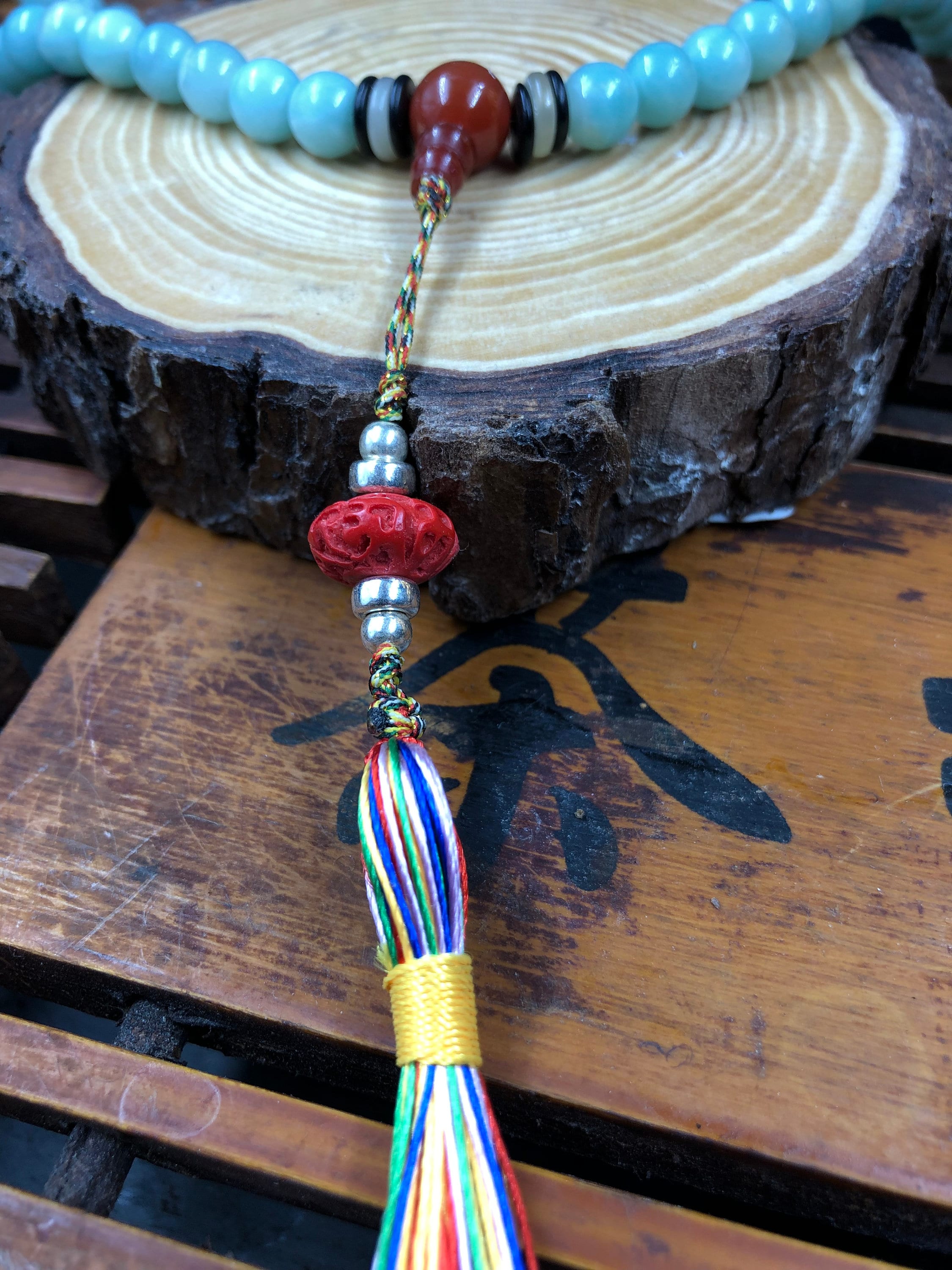 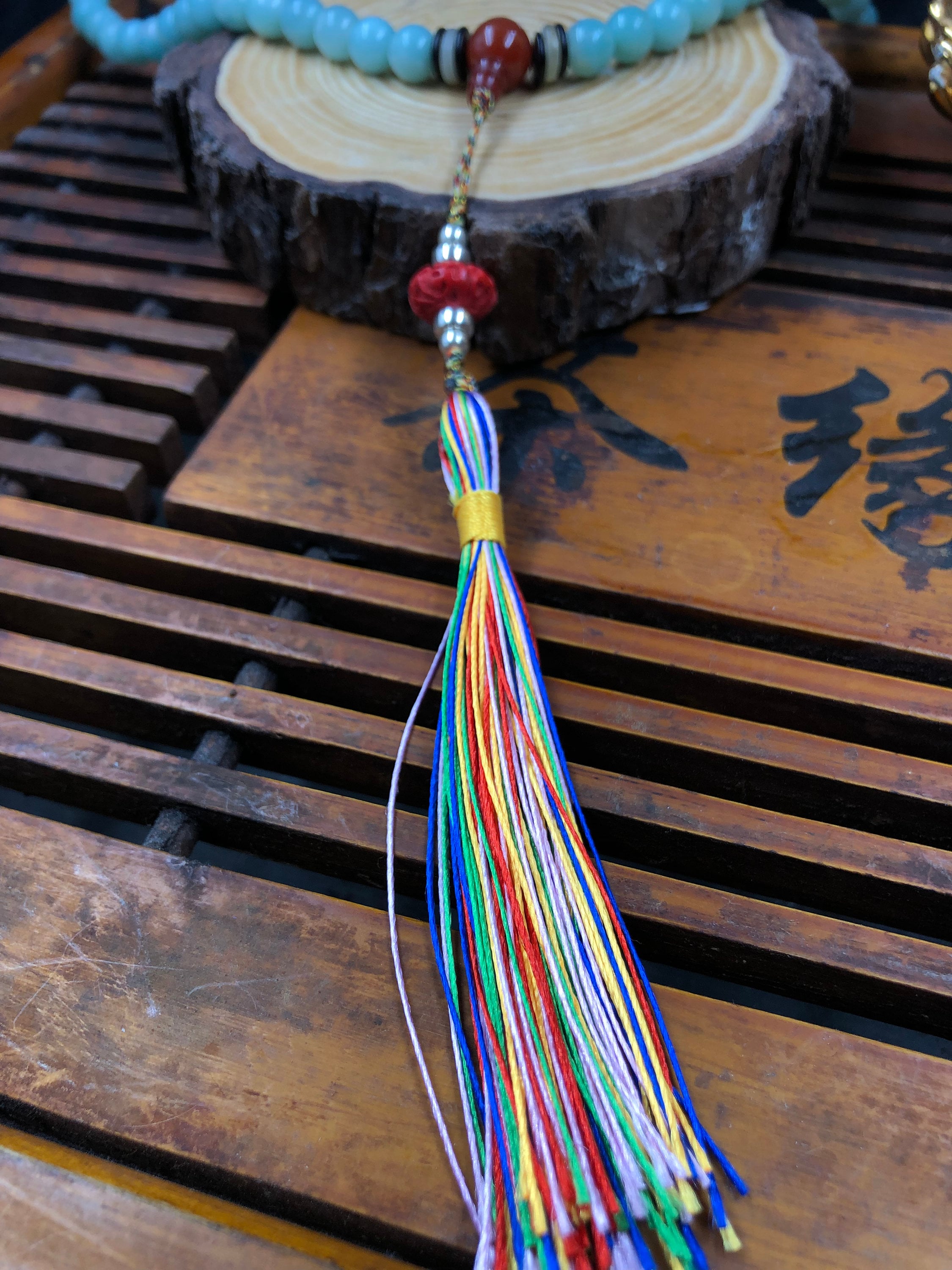 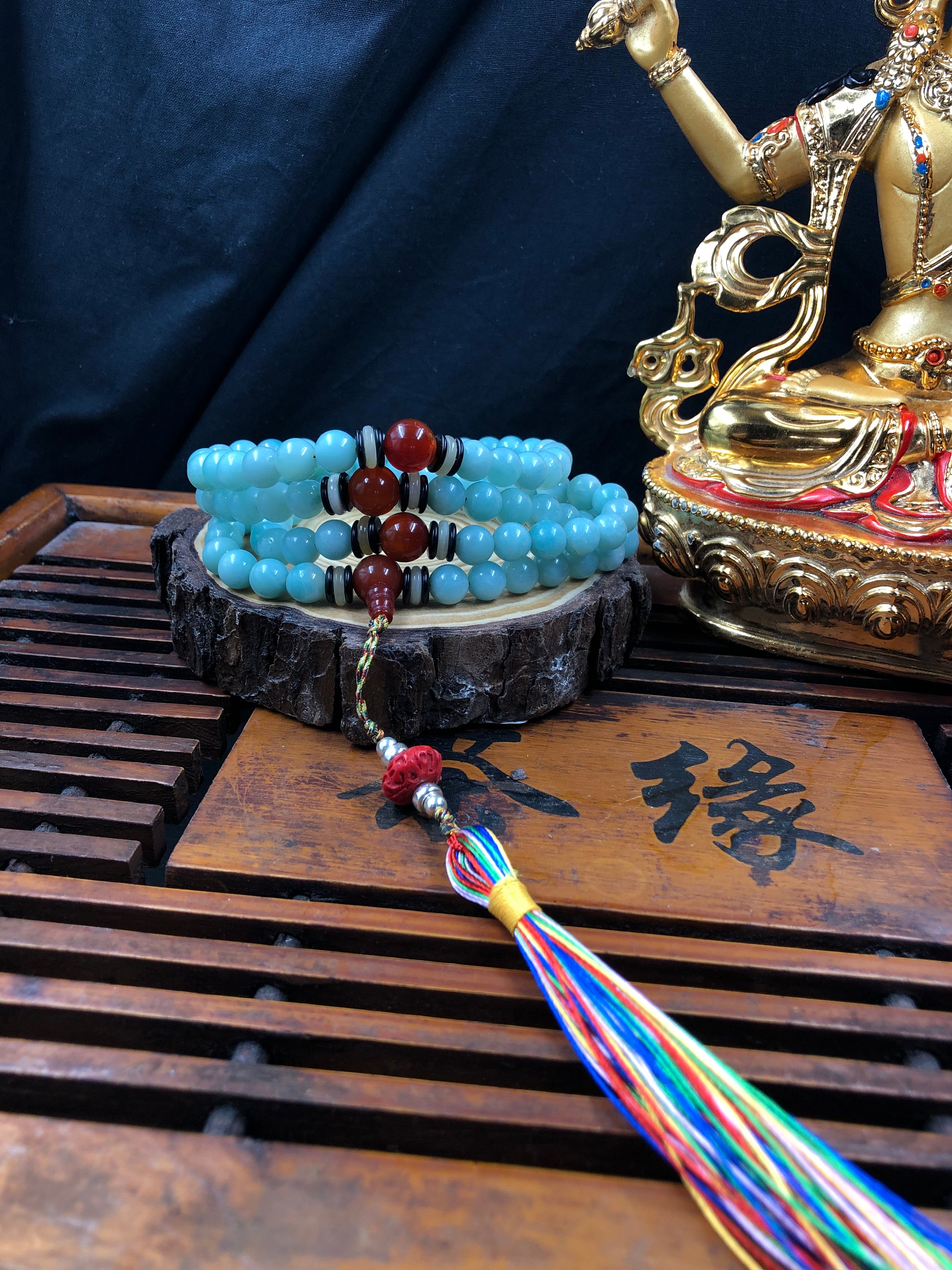 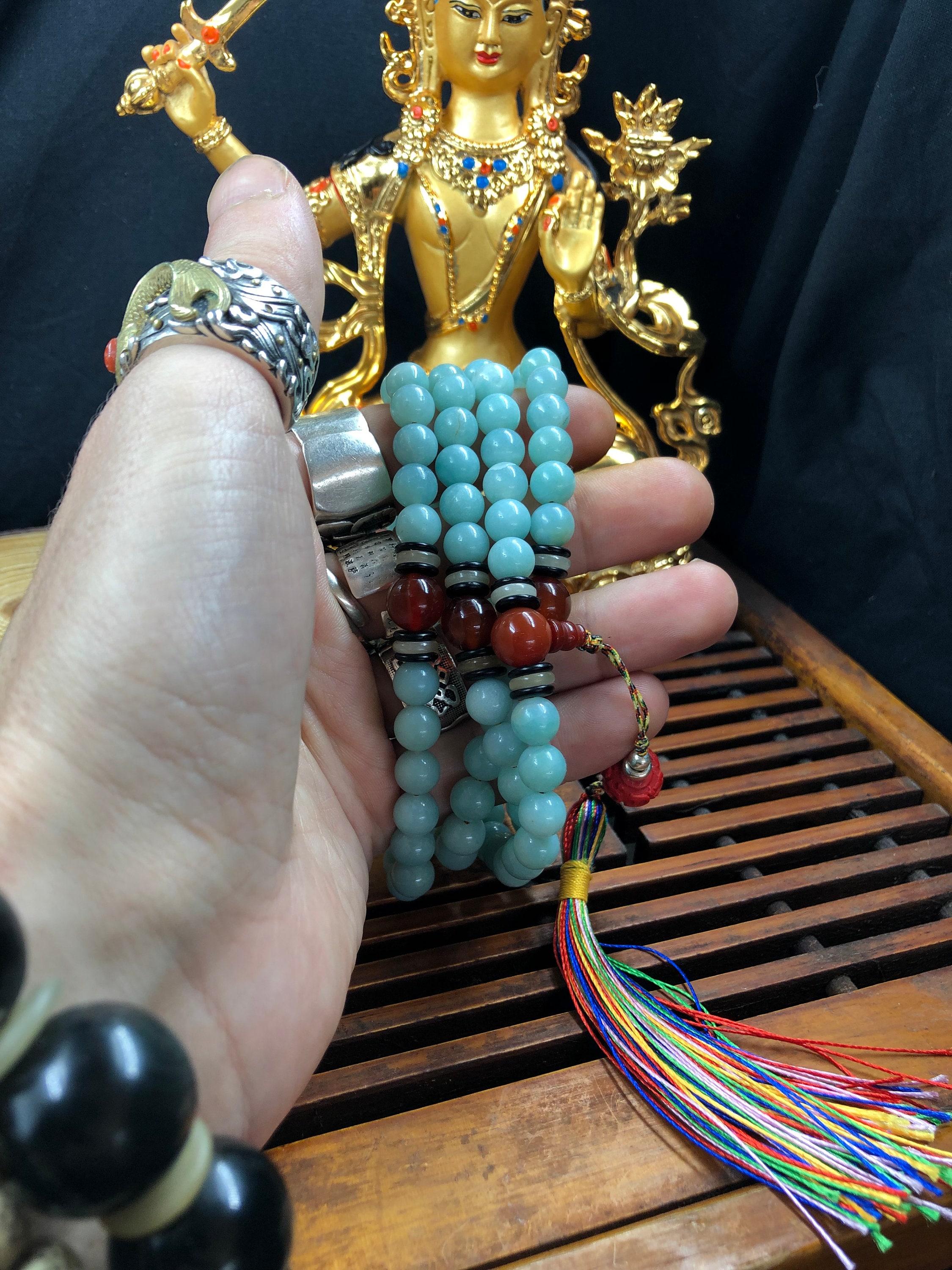 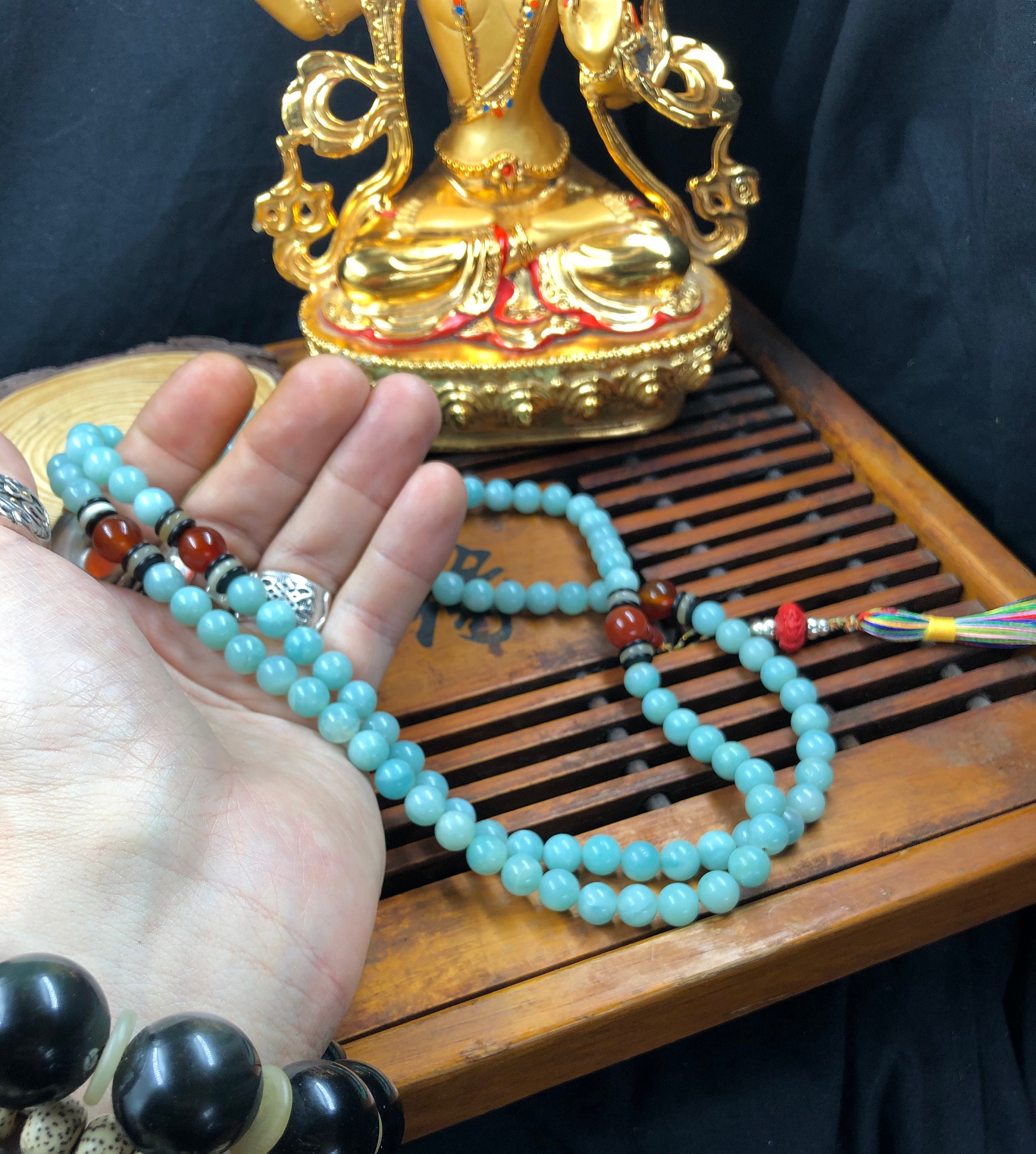 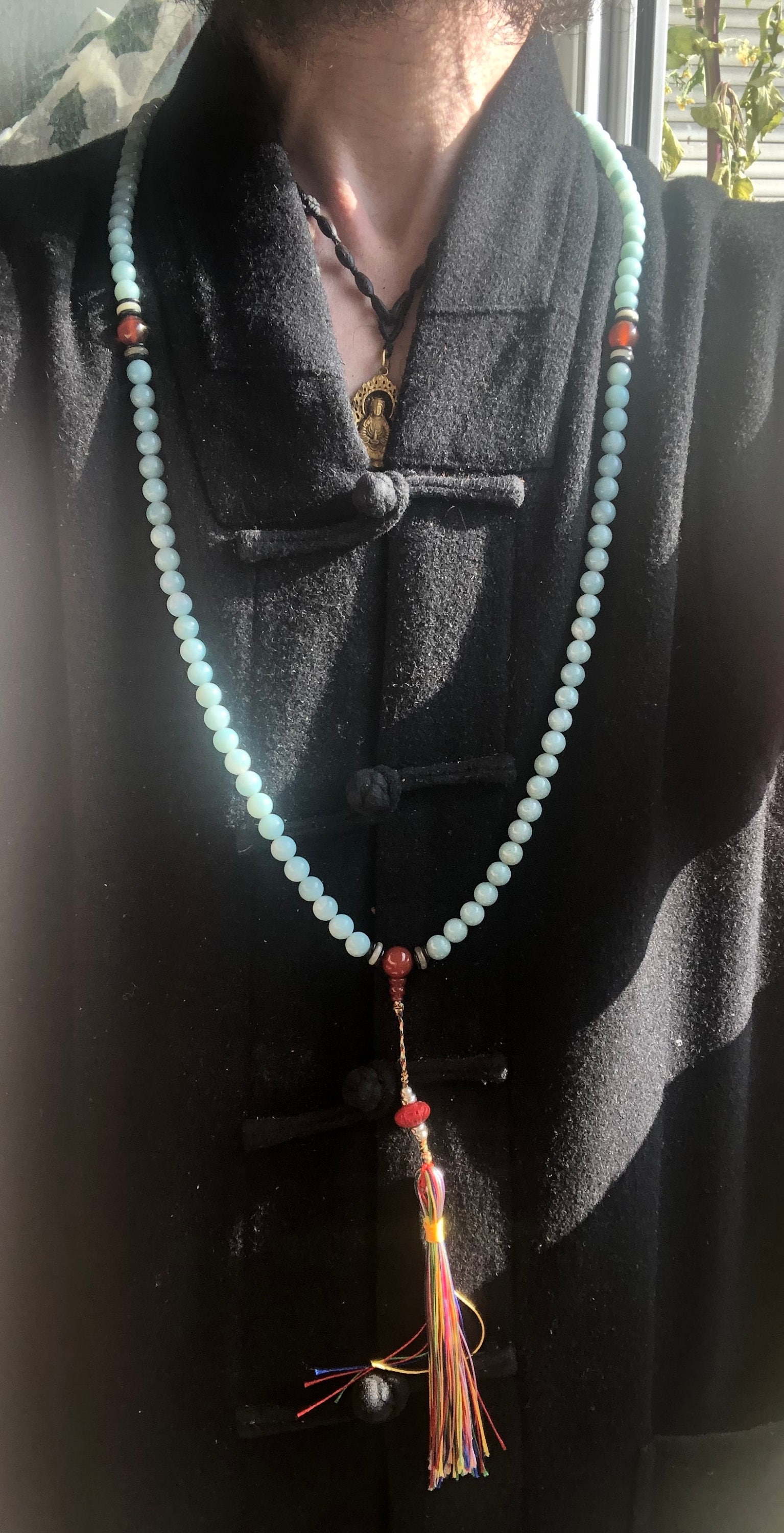 This mala, based on the traditional numbers of this usual object, is composed of Amazonite from China, more precisely from the autonomous region of Xinjiang, the country of the Uighur people but also Kazakhs and Tatars. Border region with Kyrgyzstan, a country known for its Amazonite. Amazonite is a variety of microcline, a mineral species in the feldspar family whose K formula [AlSi3O8] is identical to that of orthoses.