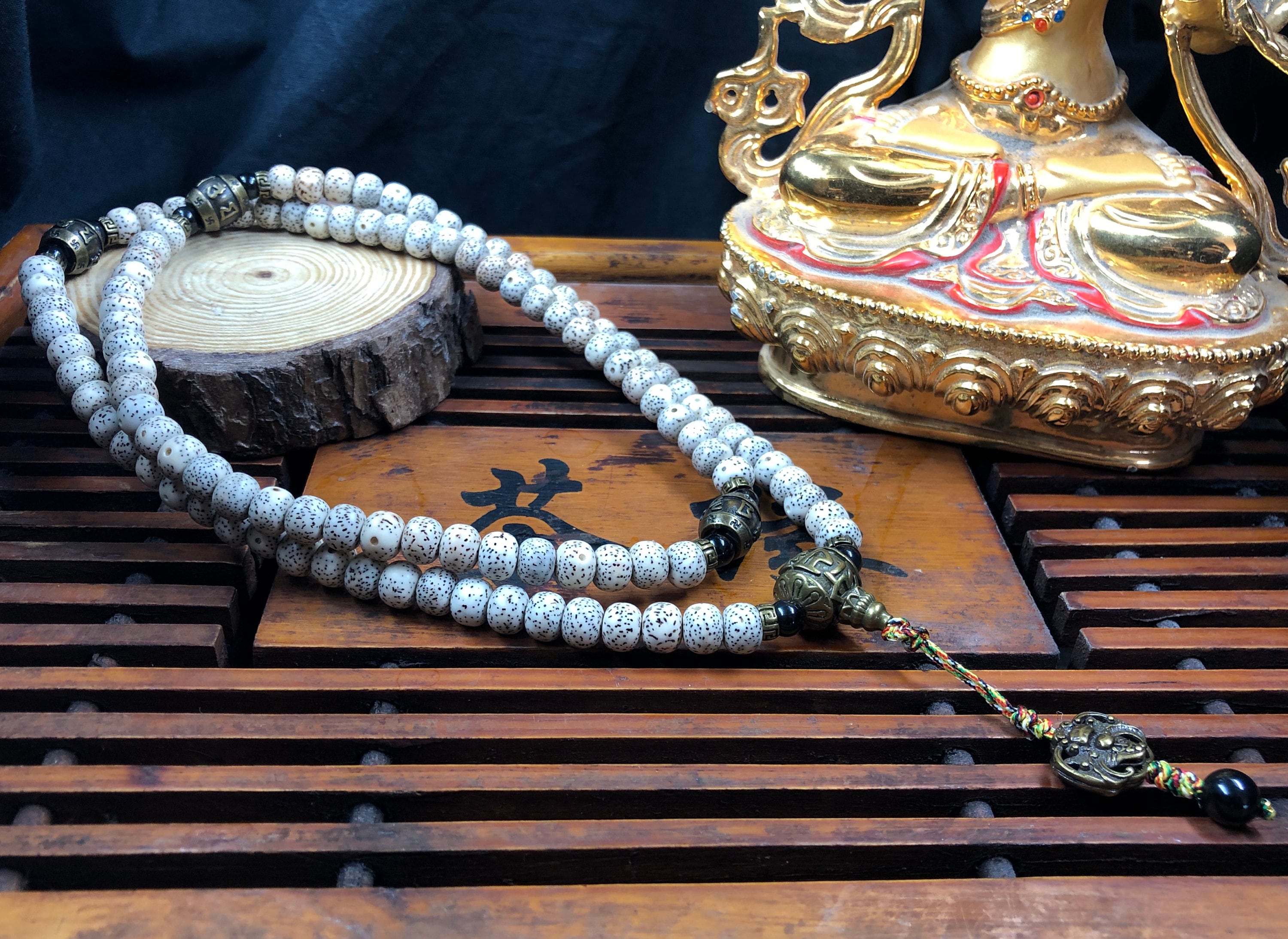 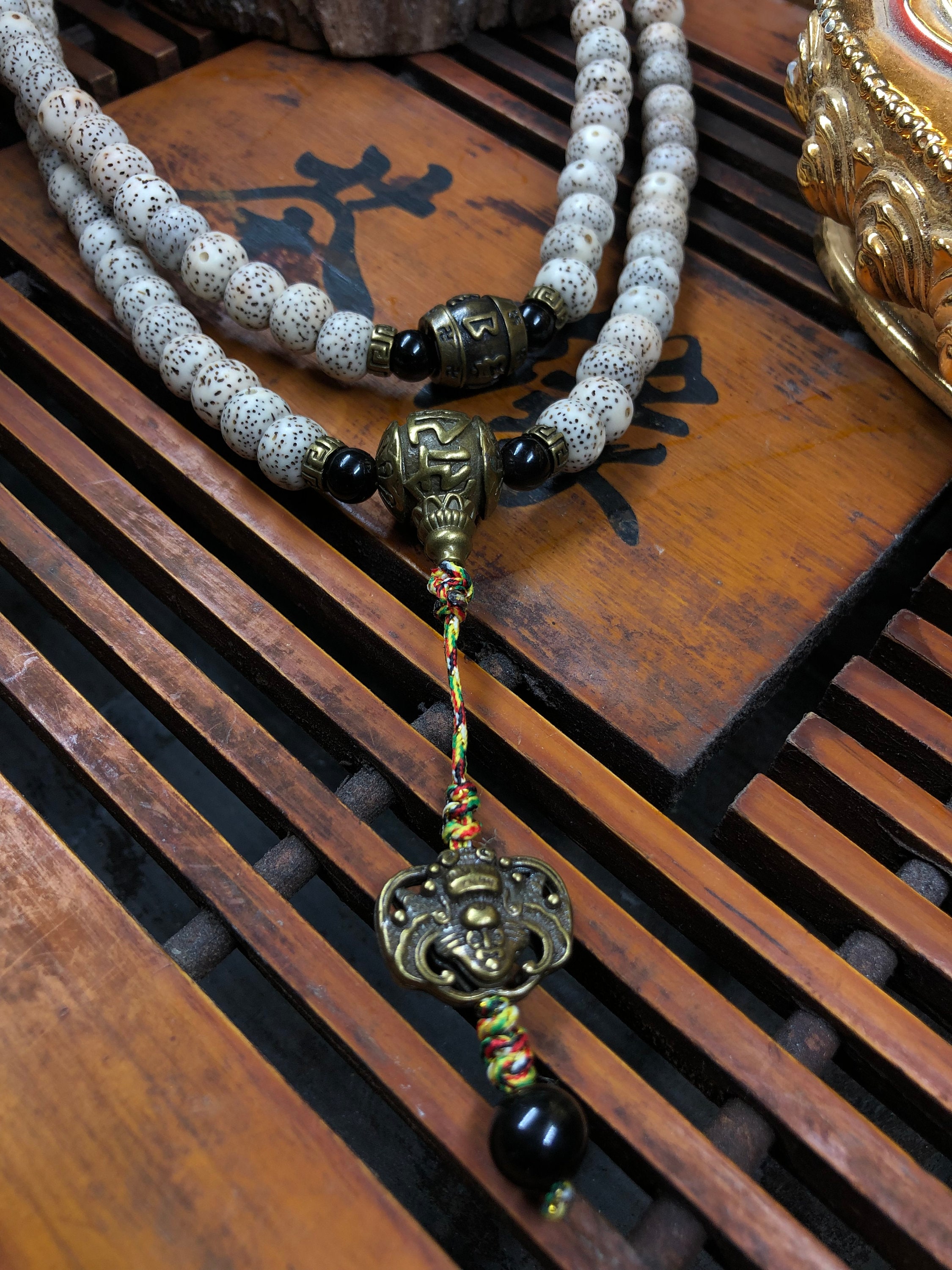 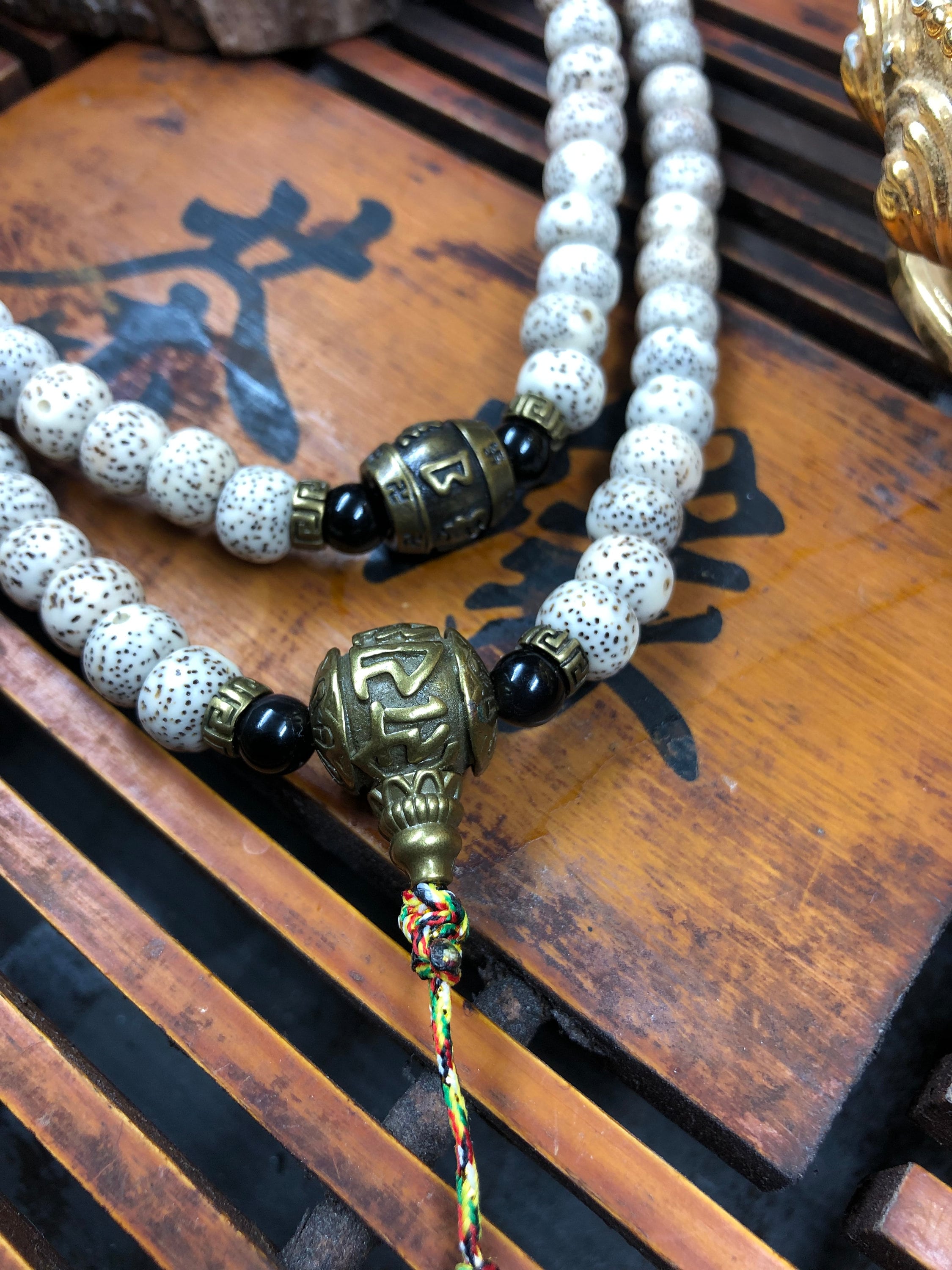 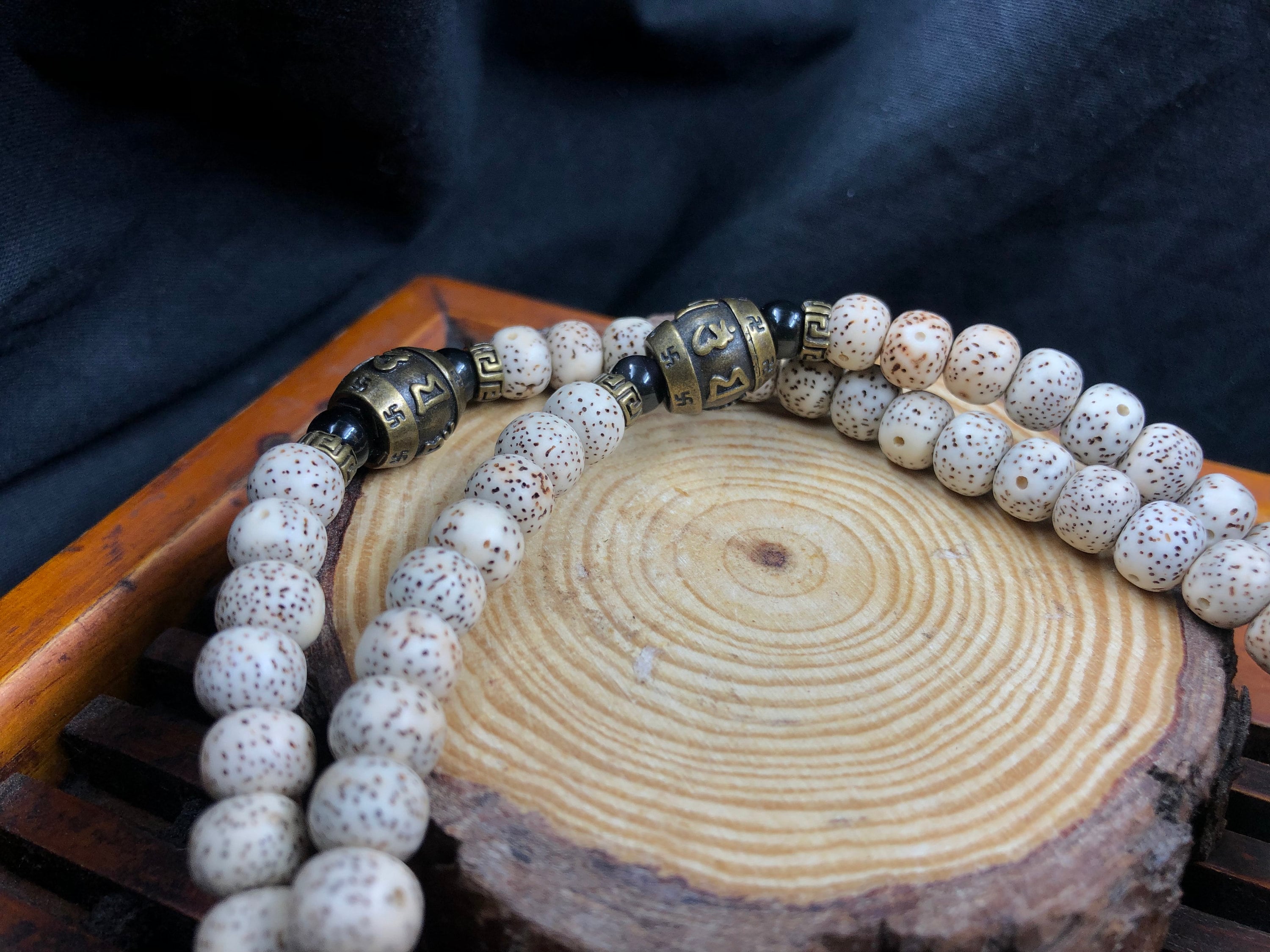 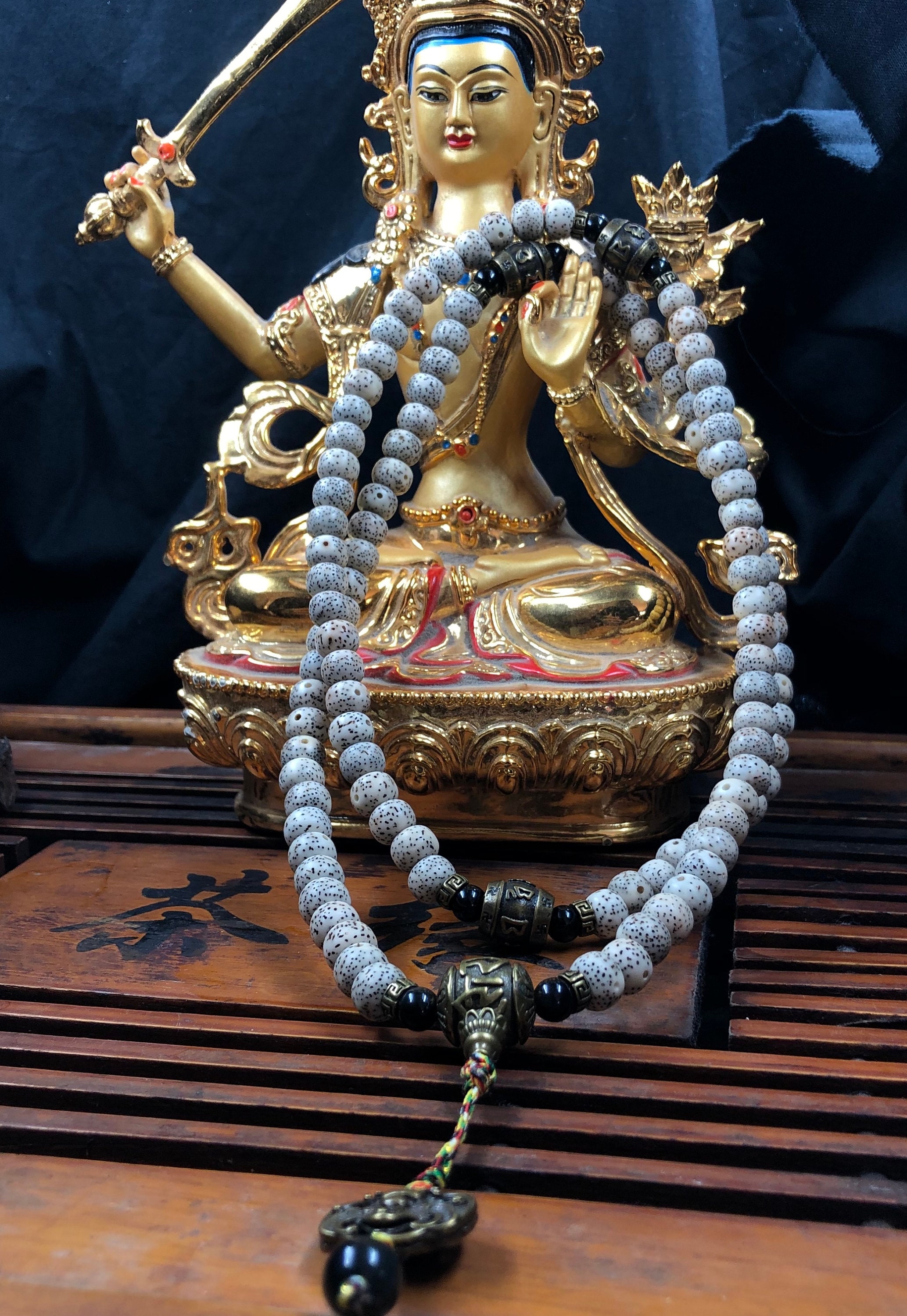 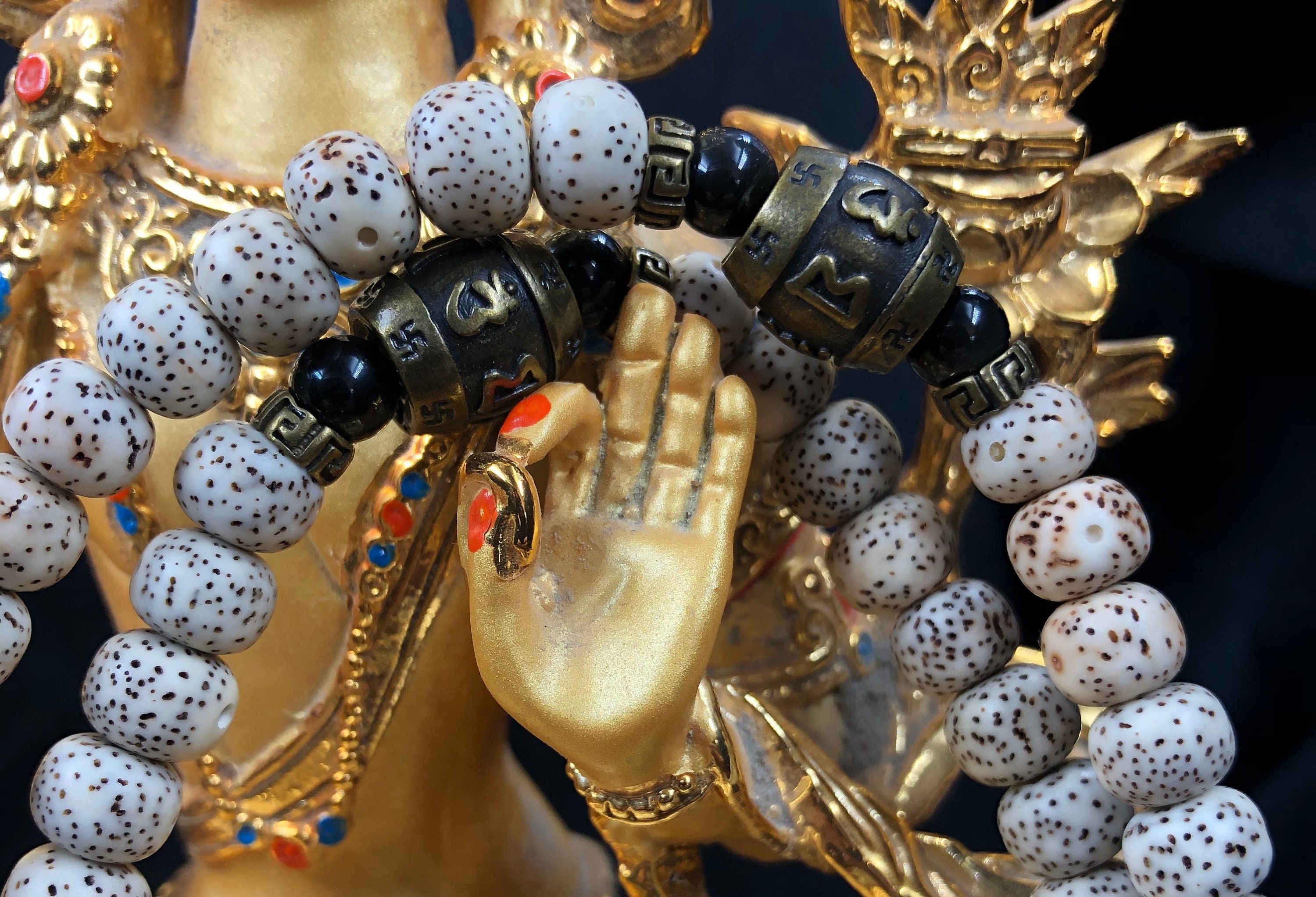 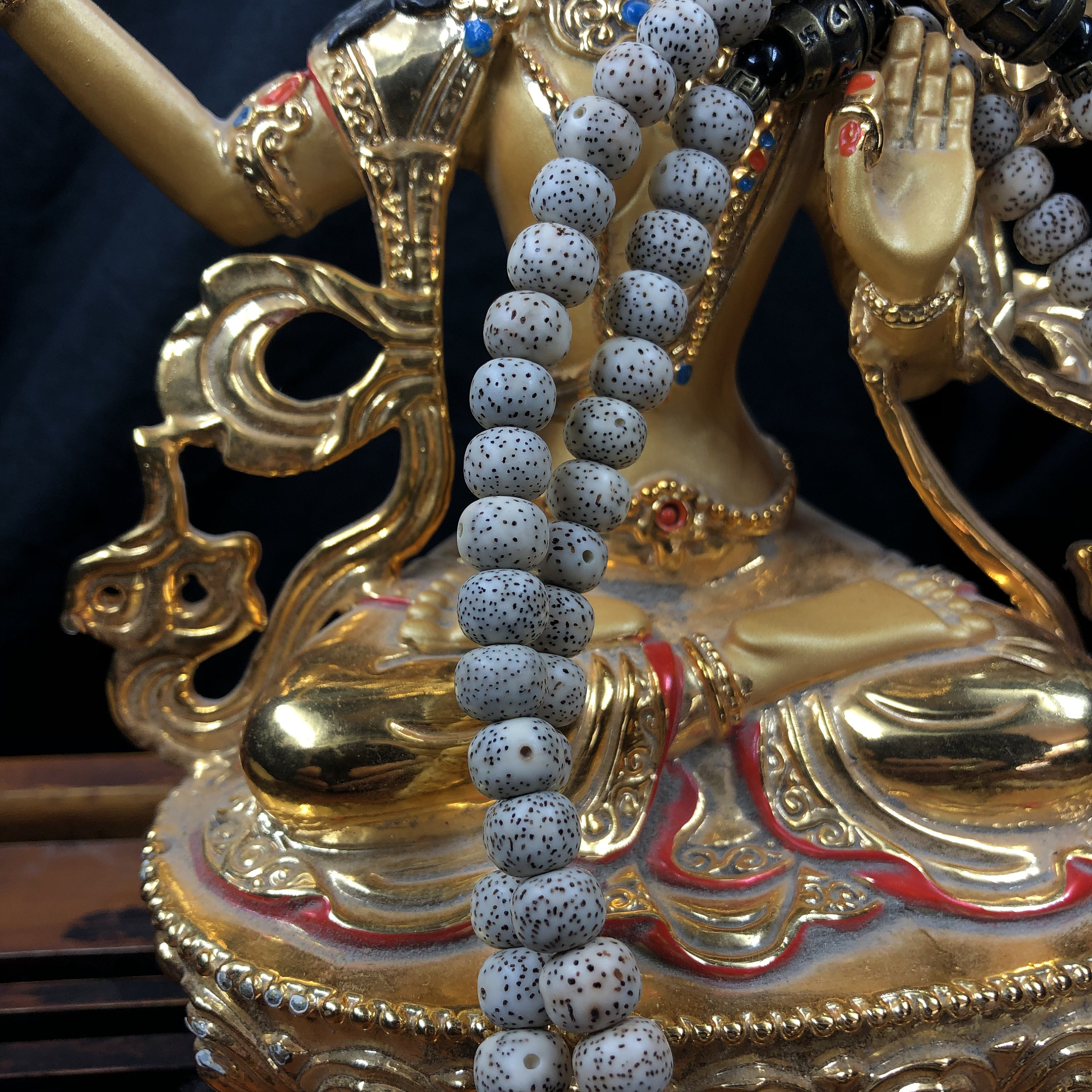 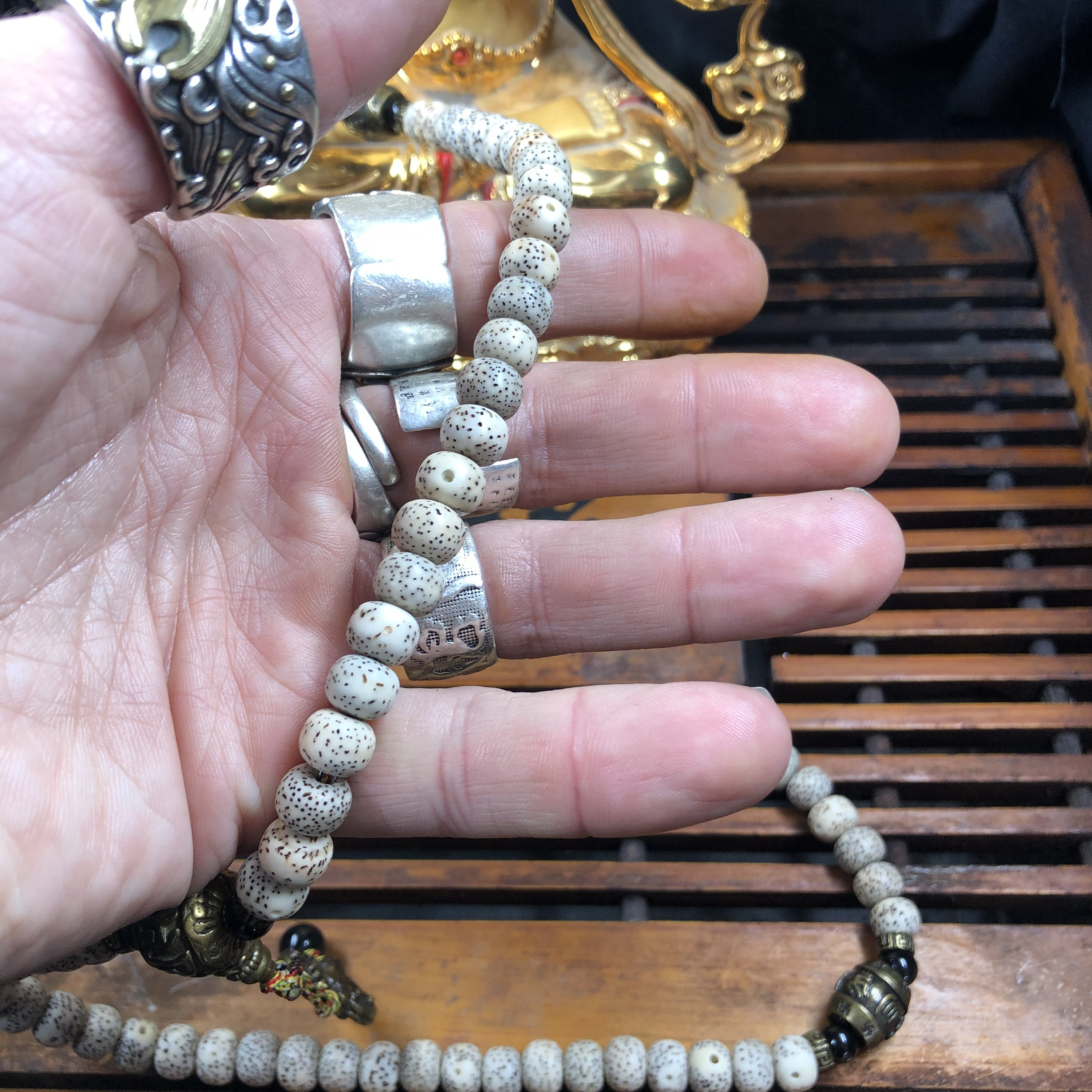 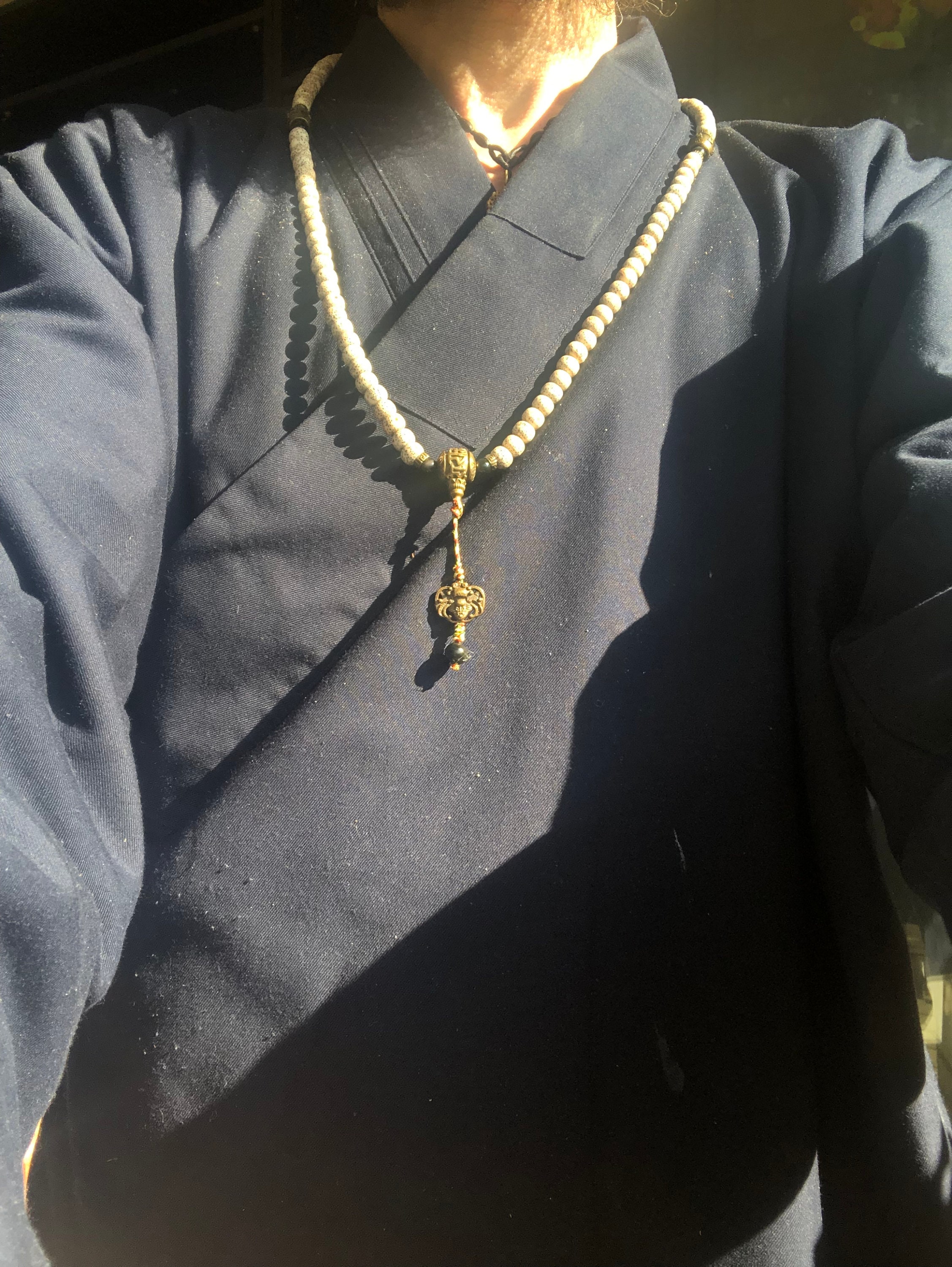 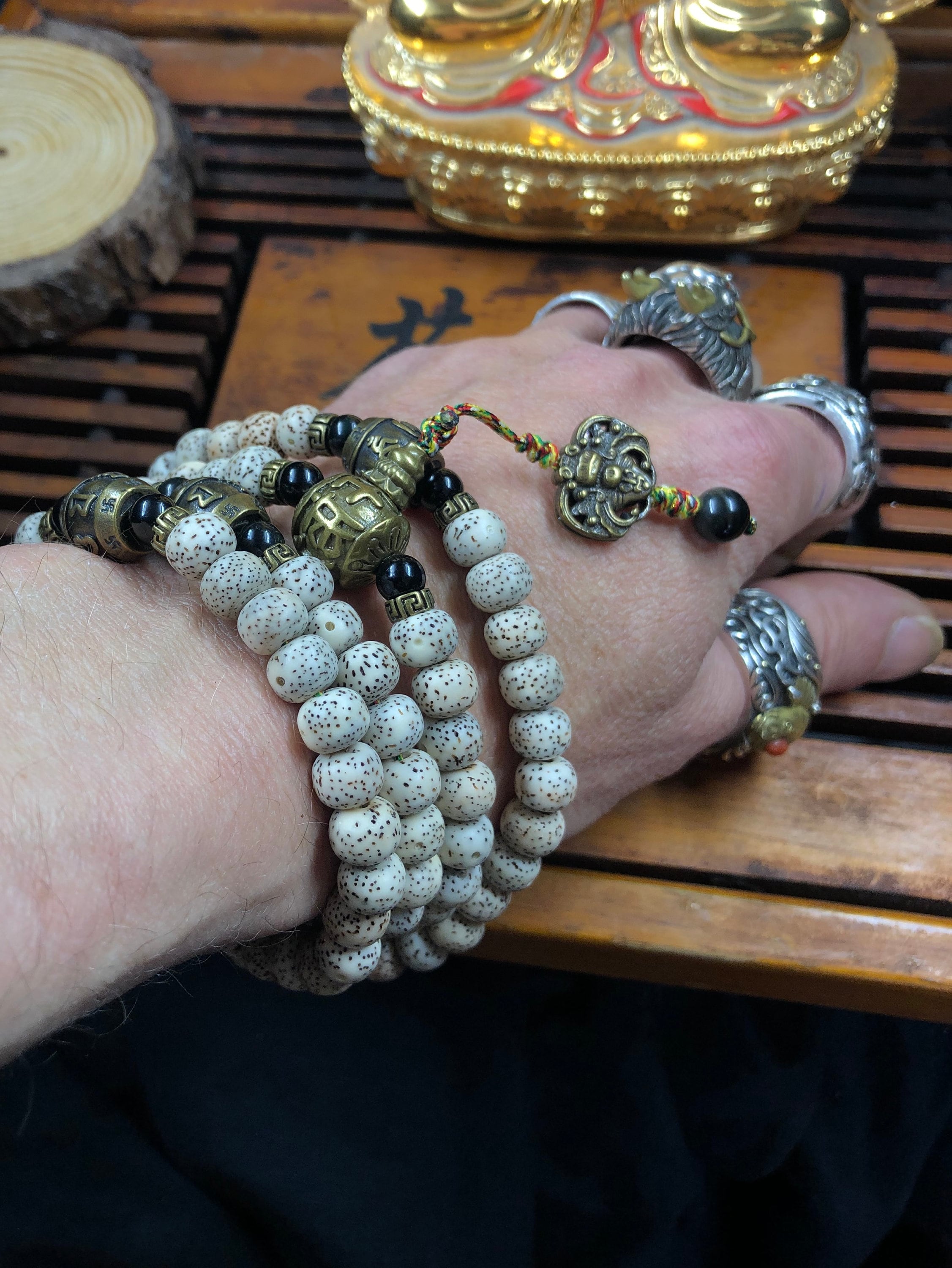 
Buddha having attained enlightenment under a sacred fig tree, the seeds of Pipal are the most traditional material for making Malas. These seeds skate and take a beautiful shine with the time called "porcelain layer". Our seeds come from the island of Hainan known to cultivate and dry the finest quality in the world. Attention many sites and specialty stores name these seeds as Lotus seeds by mistake.
mahogany obsidian caturmaharaja. Donuts in China cedre, bringing a scent of serenity to this room. The pompom represents the 5 colors of the 5 meditation Buddhas, as well as the cord used to make this mala. The whole thing is enhanced with silver 925/1000


for information about our activity and dates of exhibitions in mineral fairs.
https://www.facebook.com/pages/Dongmei-Jeremy-Zhang-Guelle/103104533147394?ref=hl