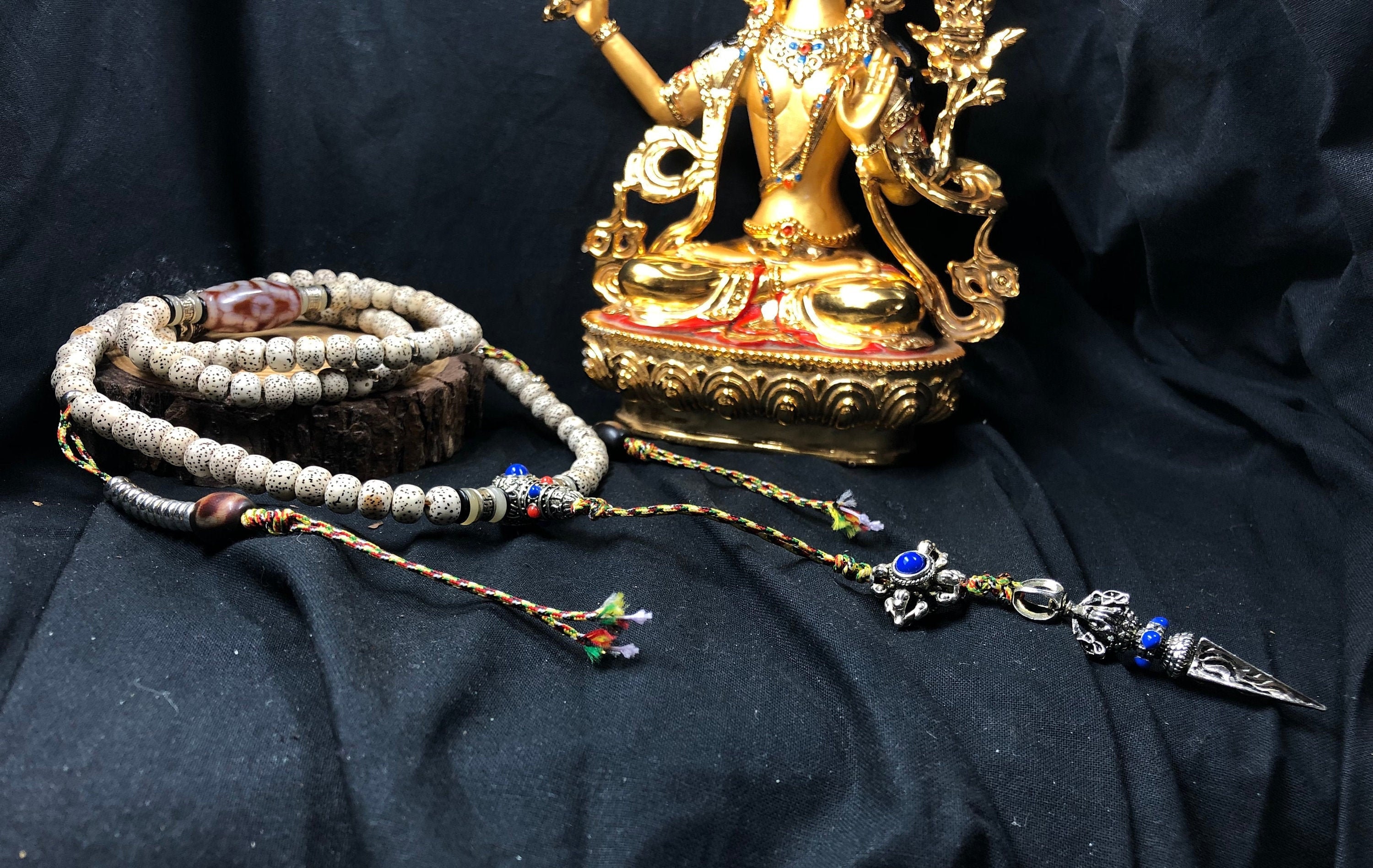 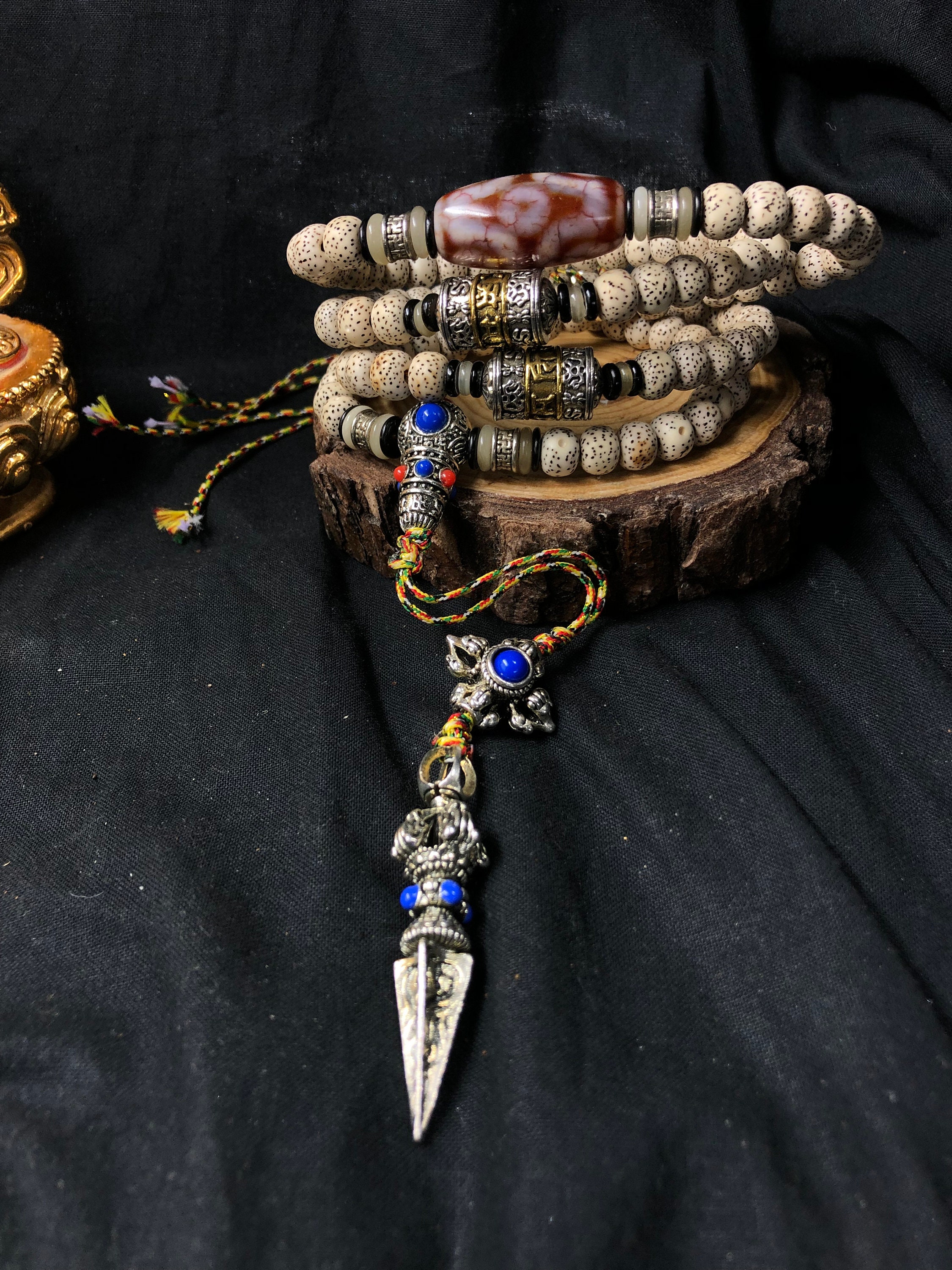 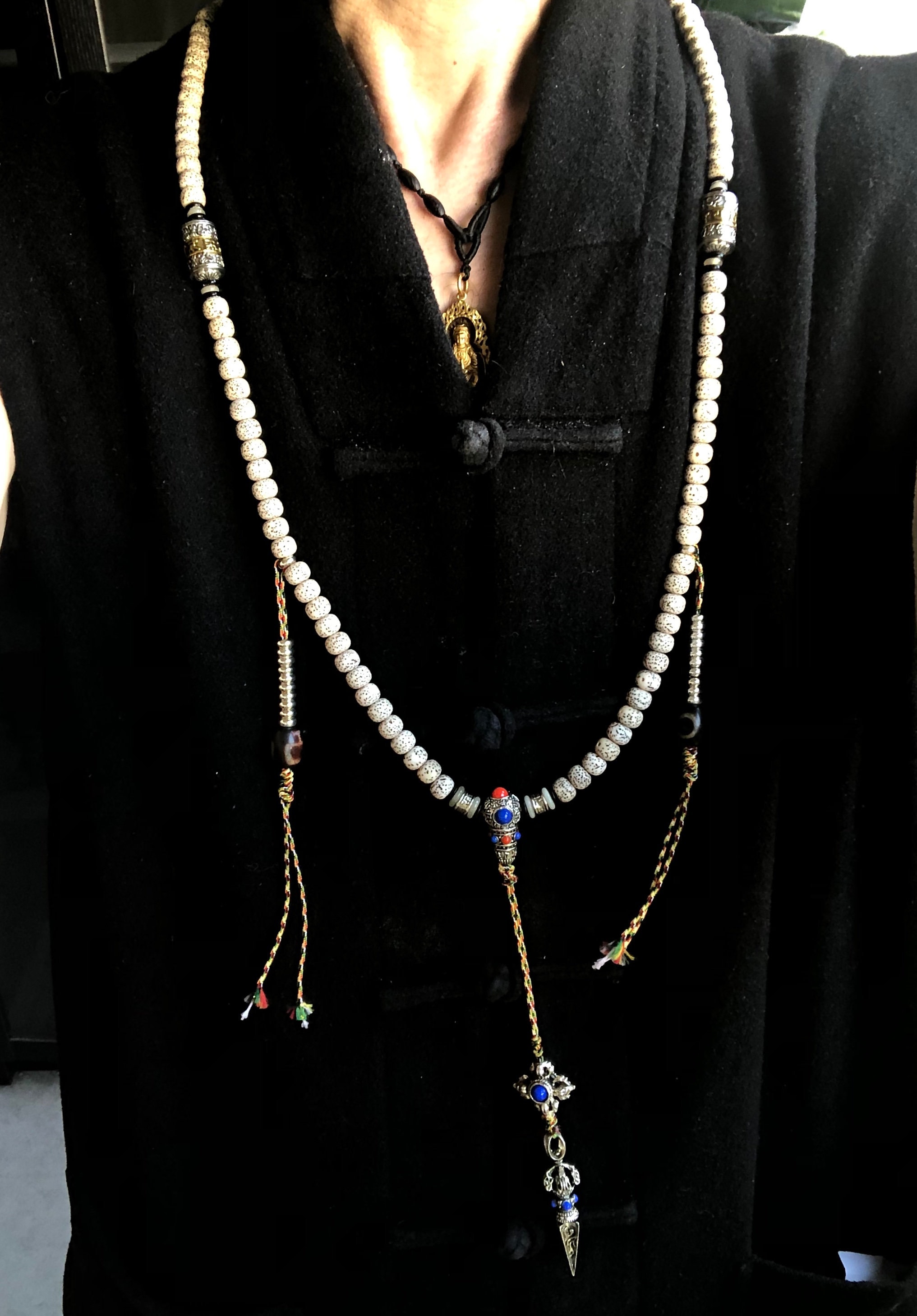 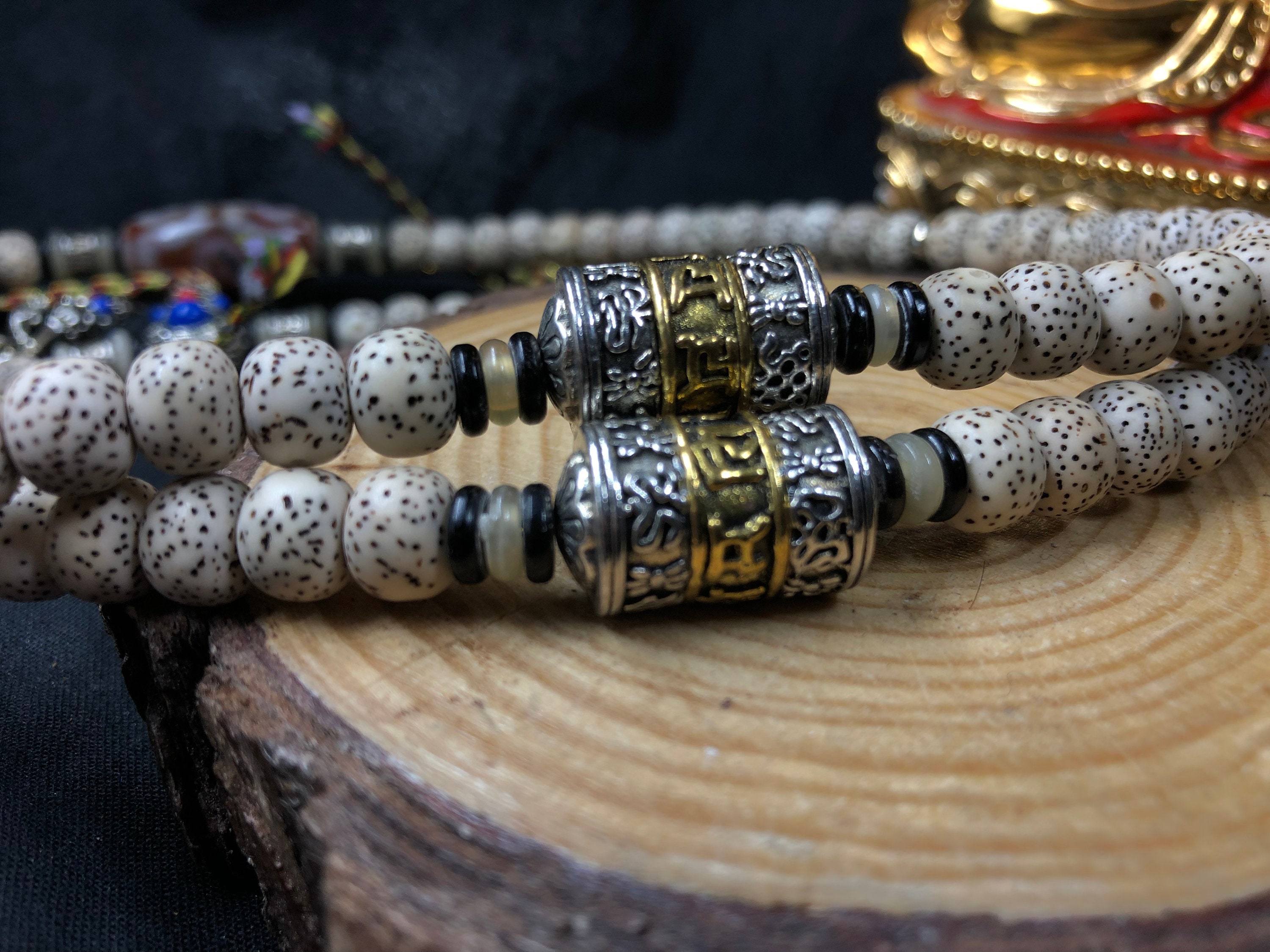 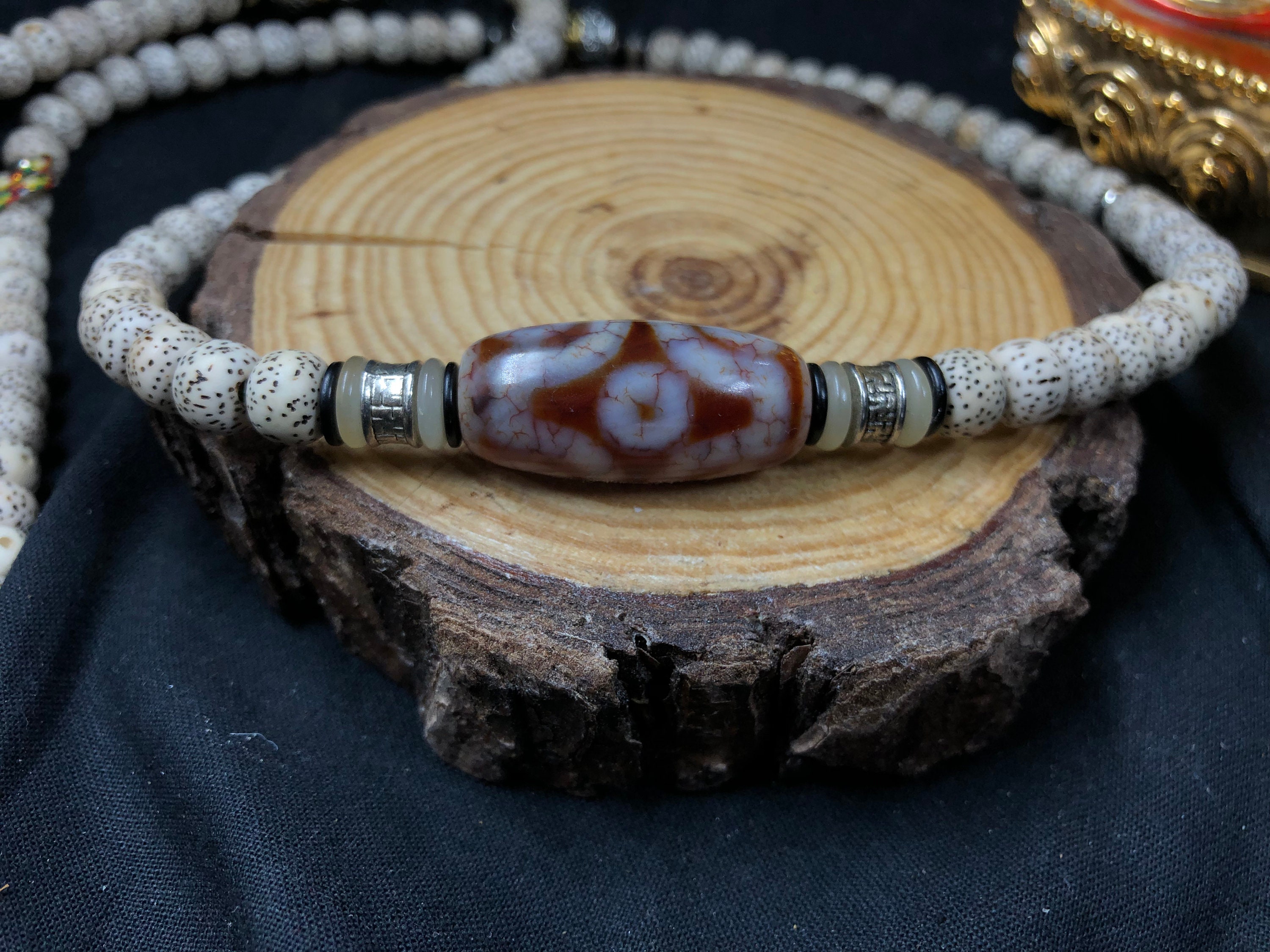 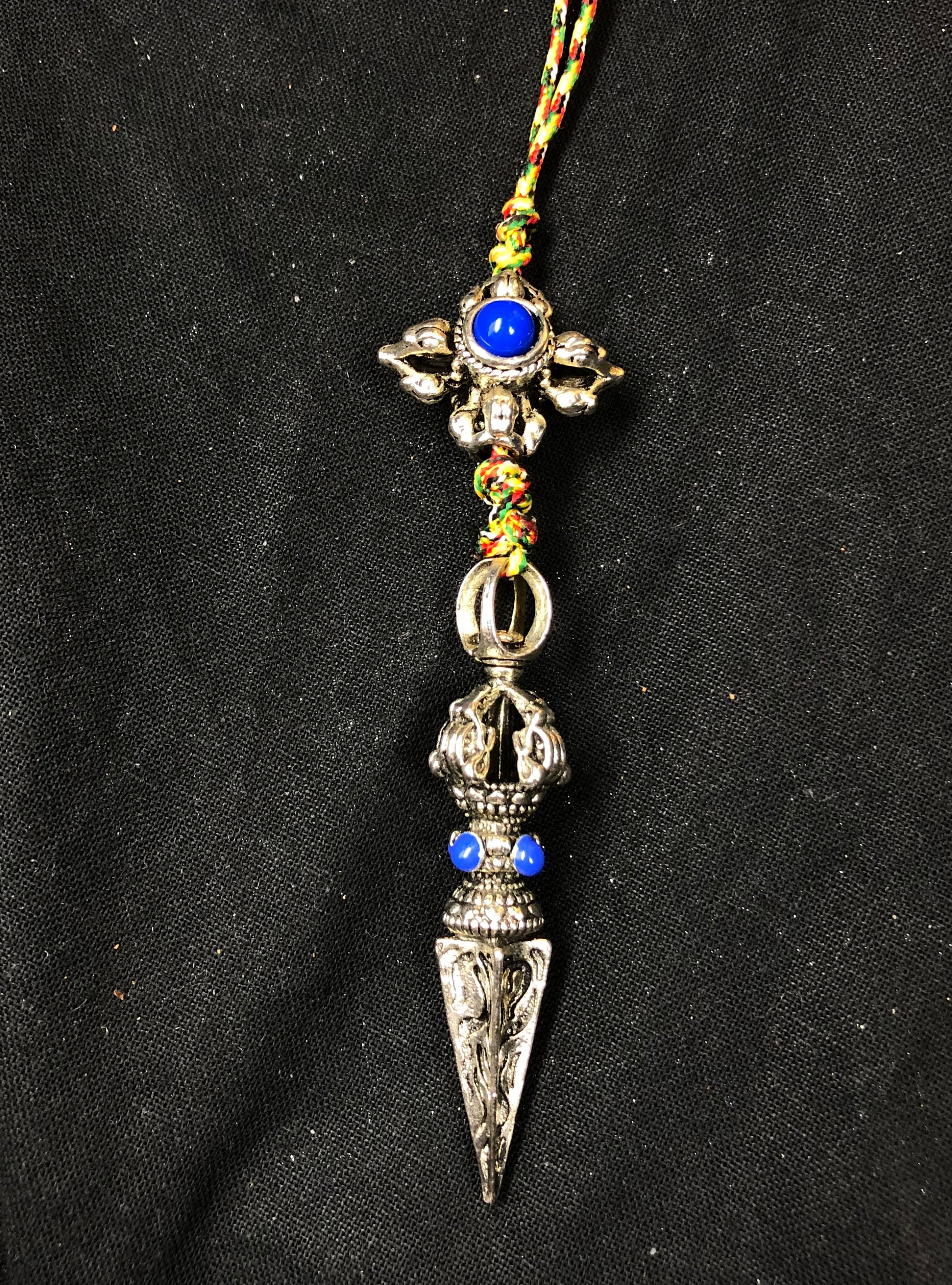 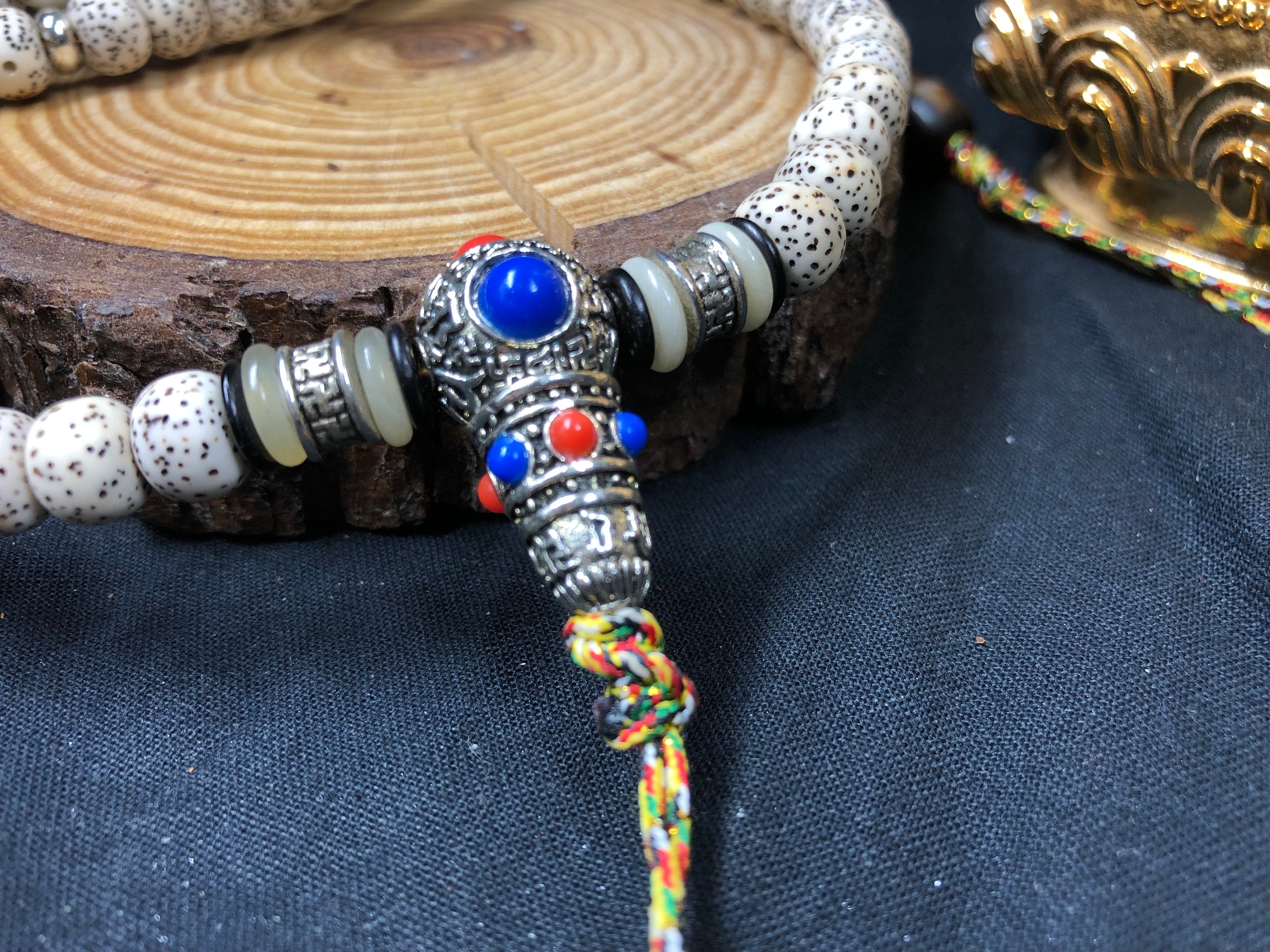 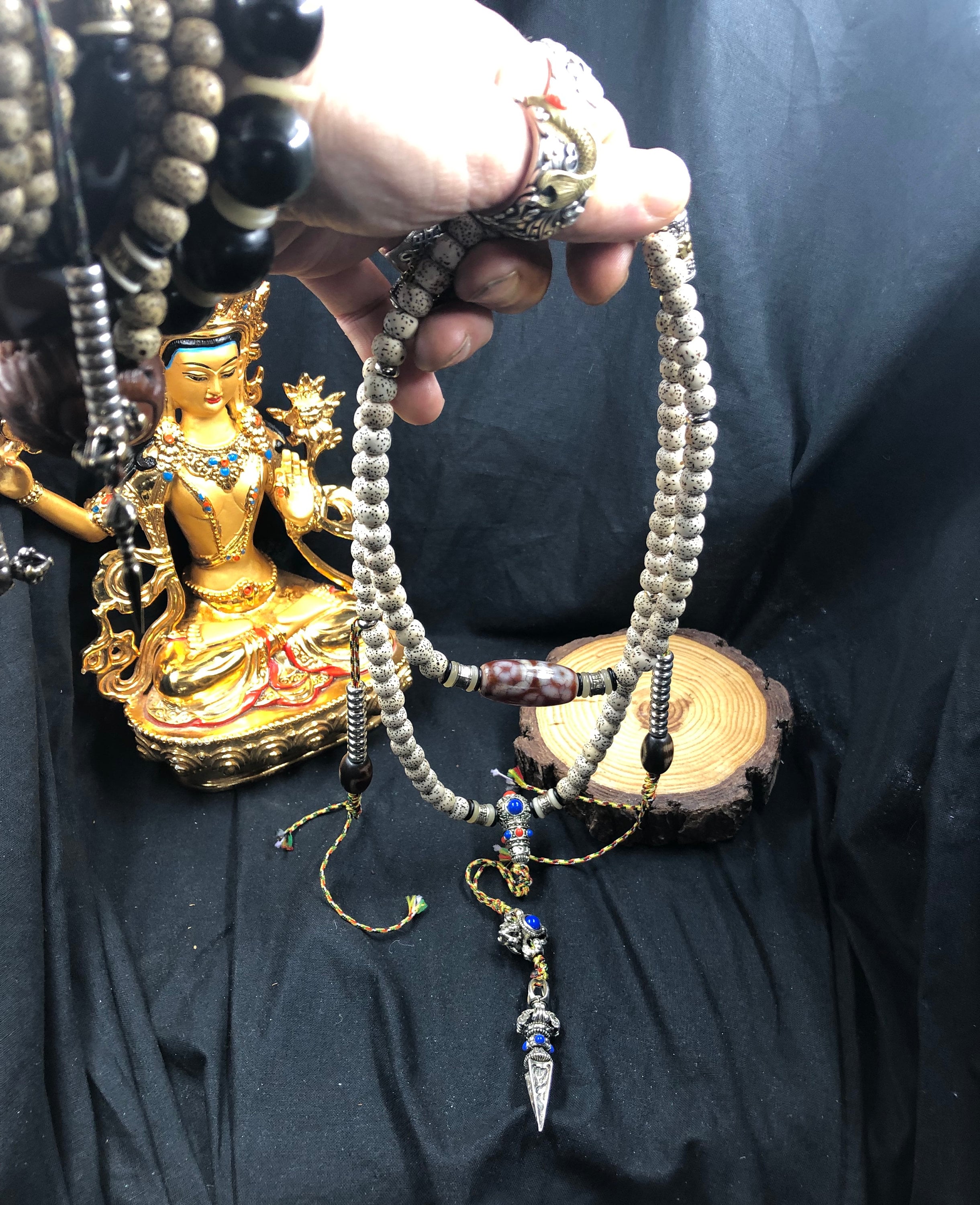 Buddha having attained enlightenment under a sacred fig tree, pipal seeds are the most traditional material for making malas. These seeds patinate and take on a beautiful shine over time called "porcelain layer". Our seeds come from hainan island known for growing and drying the finest quality in the world. Be careful many specialized site and stores name these seeds as Lotus seeds by mistake.
The whole is embellished with accessories straight from Tibet (Gyaltran).

The Dzi that can be translated as "brilliantly polished", "luminous" are agate beads of elongated shape having on their surfaces a decoration of various and varied geometric shapes, but each having a very specific meaning. Dzi are considered by Tibetans to be powerful protections. According to legend, these stones are not of earthly origin, but, shaped by the gods and sown on earth so that whoever finds them, has a better Karma.
Dzi dating back 4500 years have been found in Tibet during archaeological excavations, so in the middle of the Bön shamanism period long before the arrival of Buddhism.
Statues can be seen around the neck in temples or on llamas.
The stone is made of agate and the drawings are made by hand according to a secret technique.
Each Dzi has a meaning according to the representations on its surface