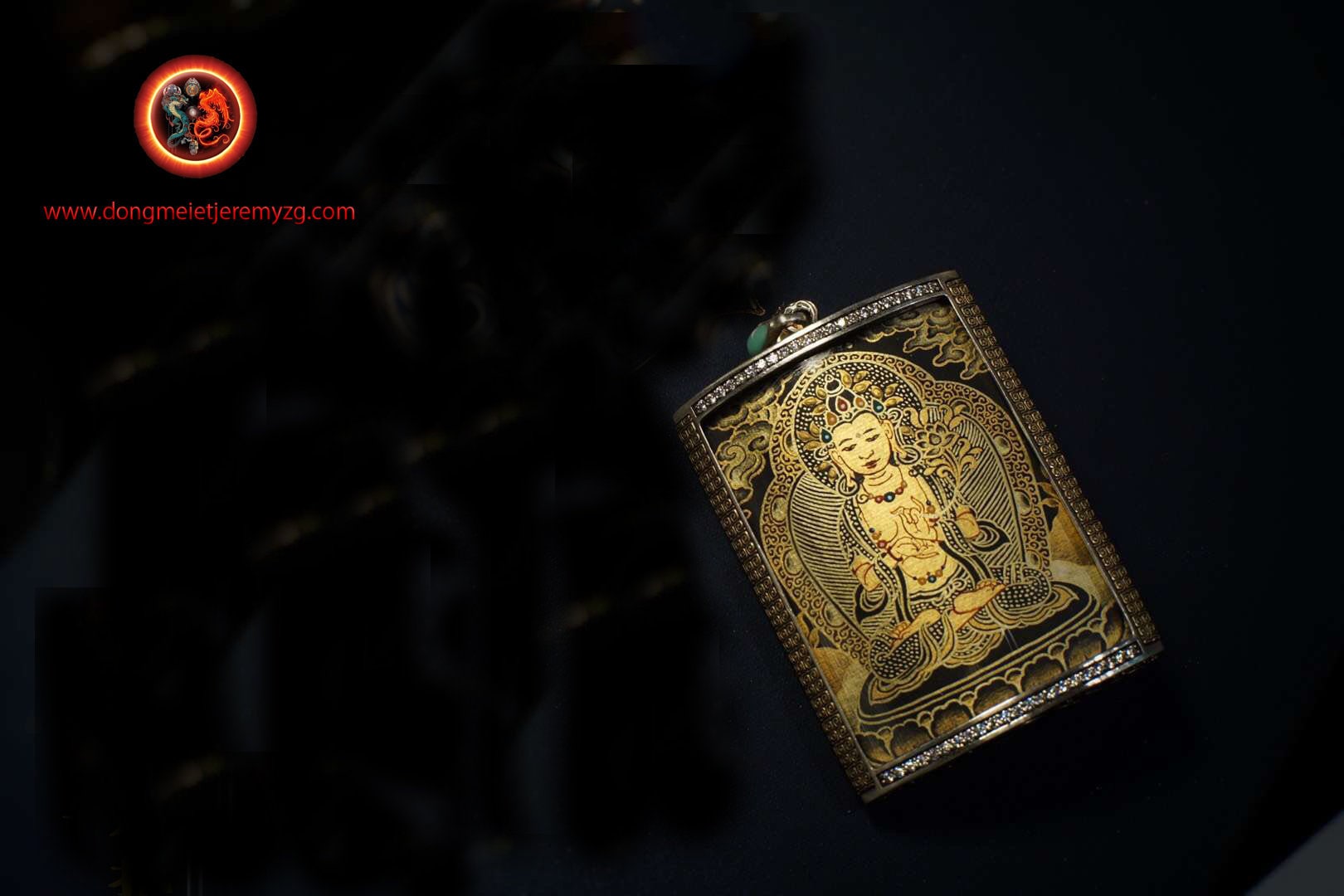 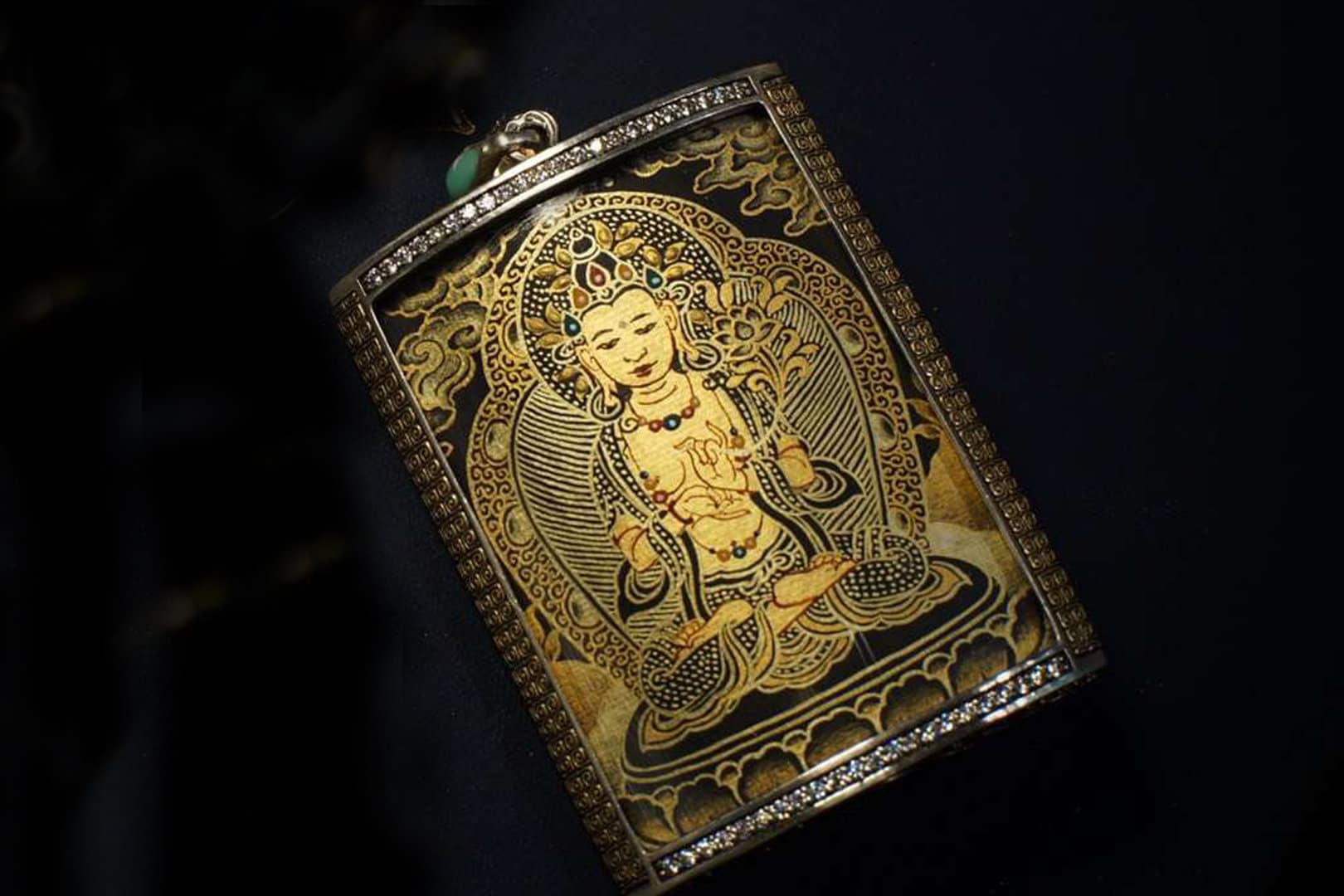 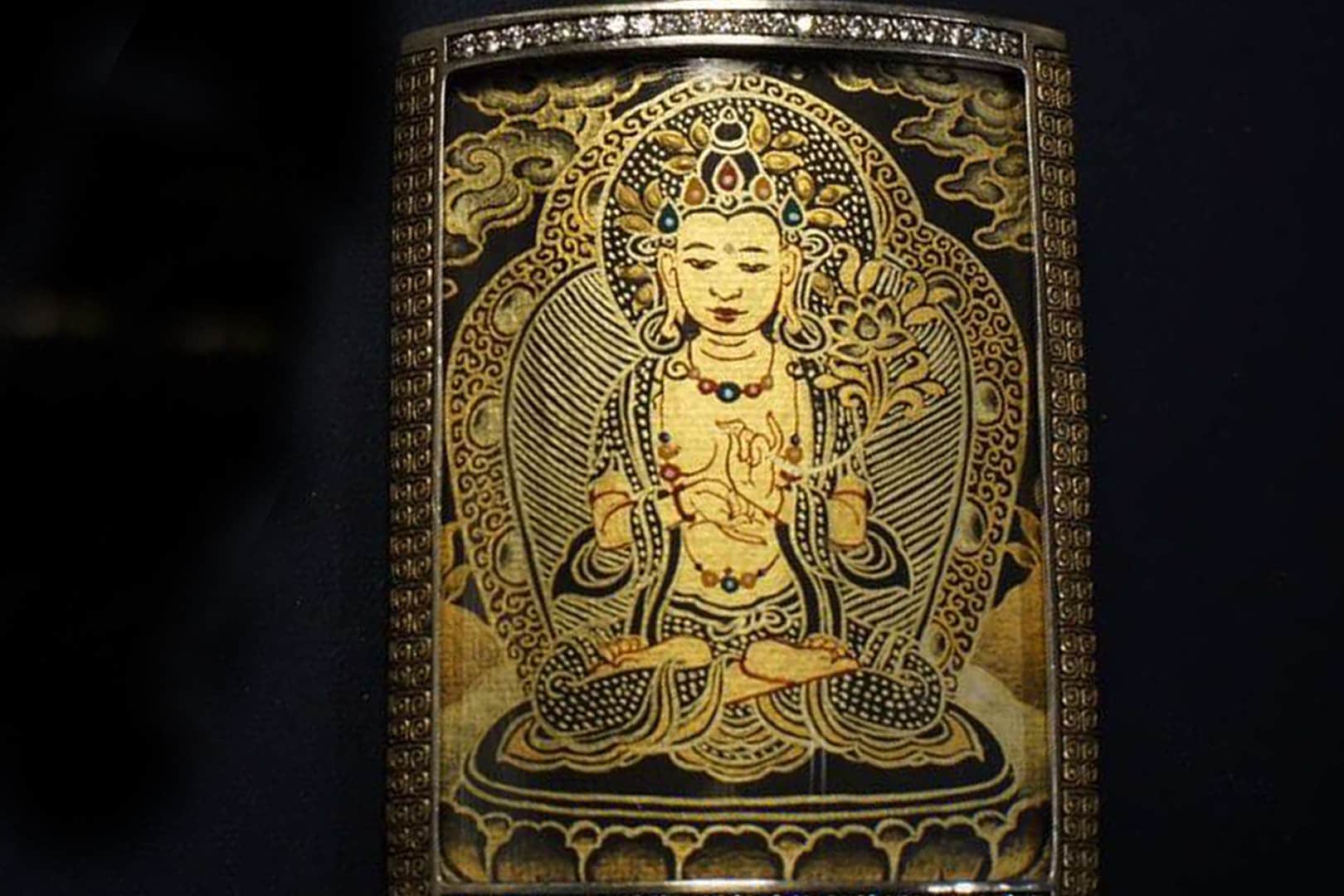 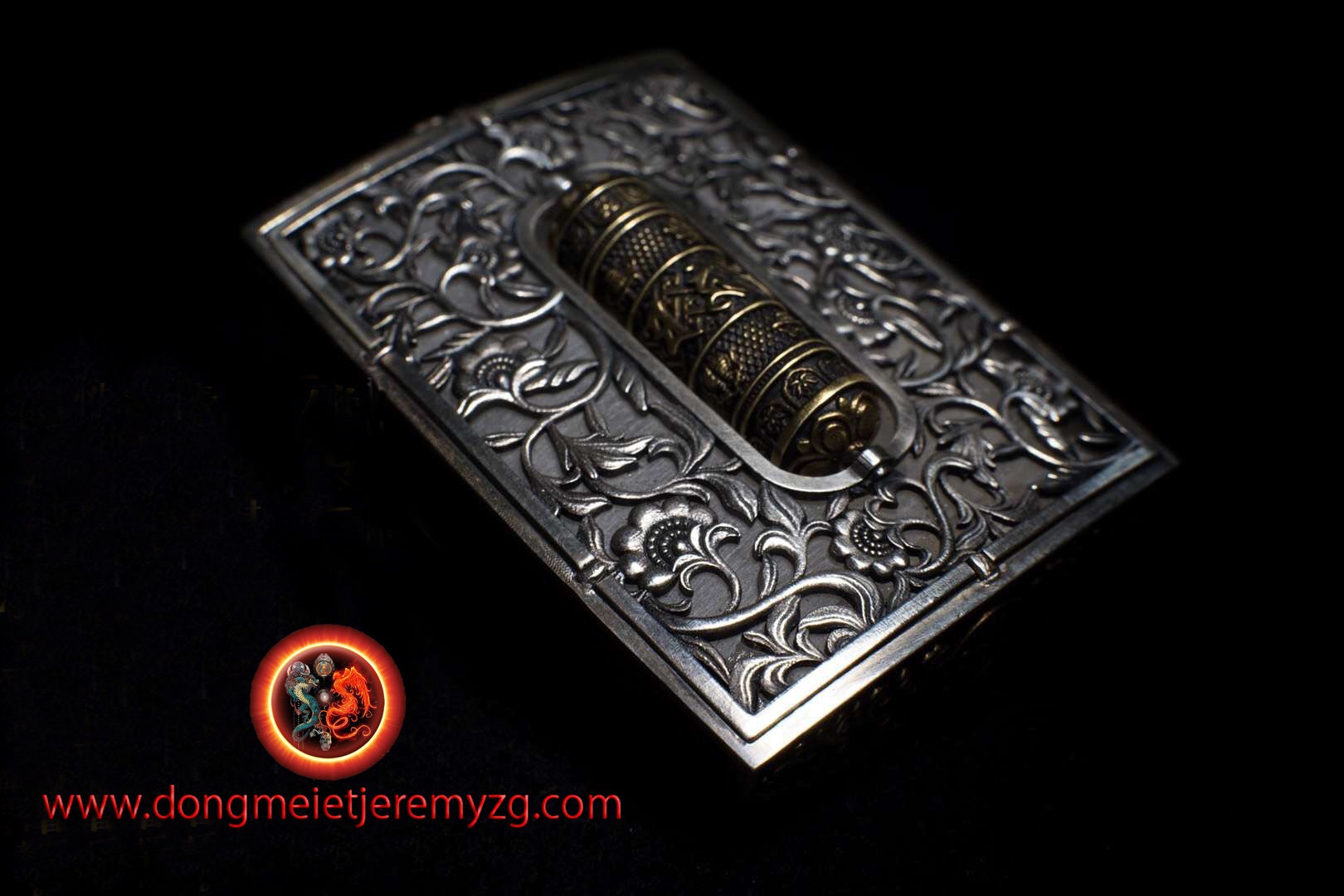 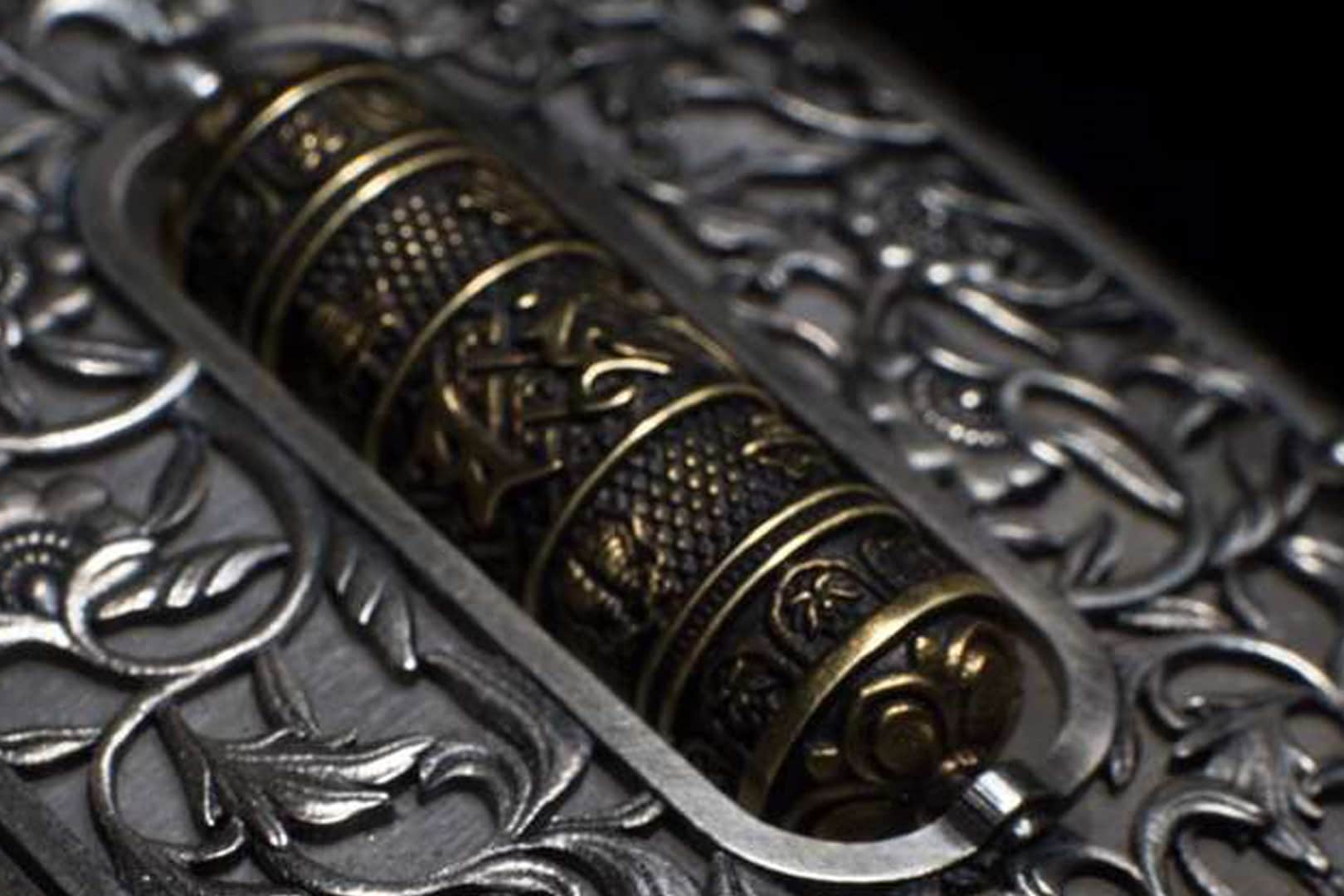 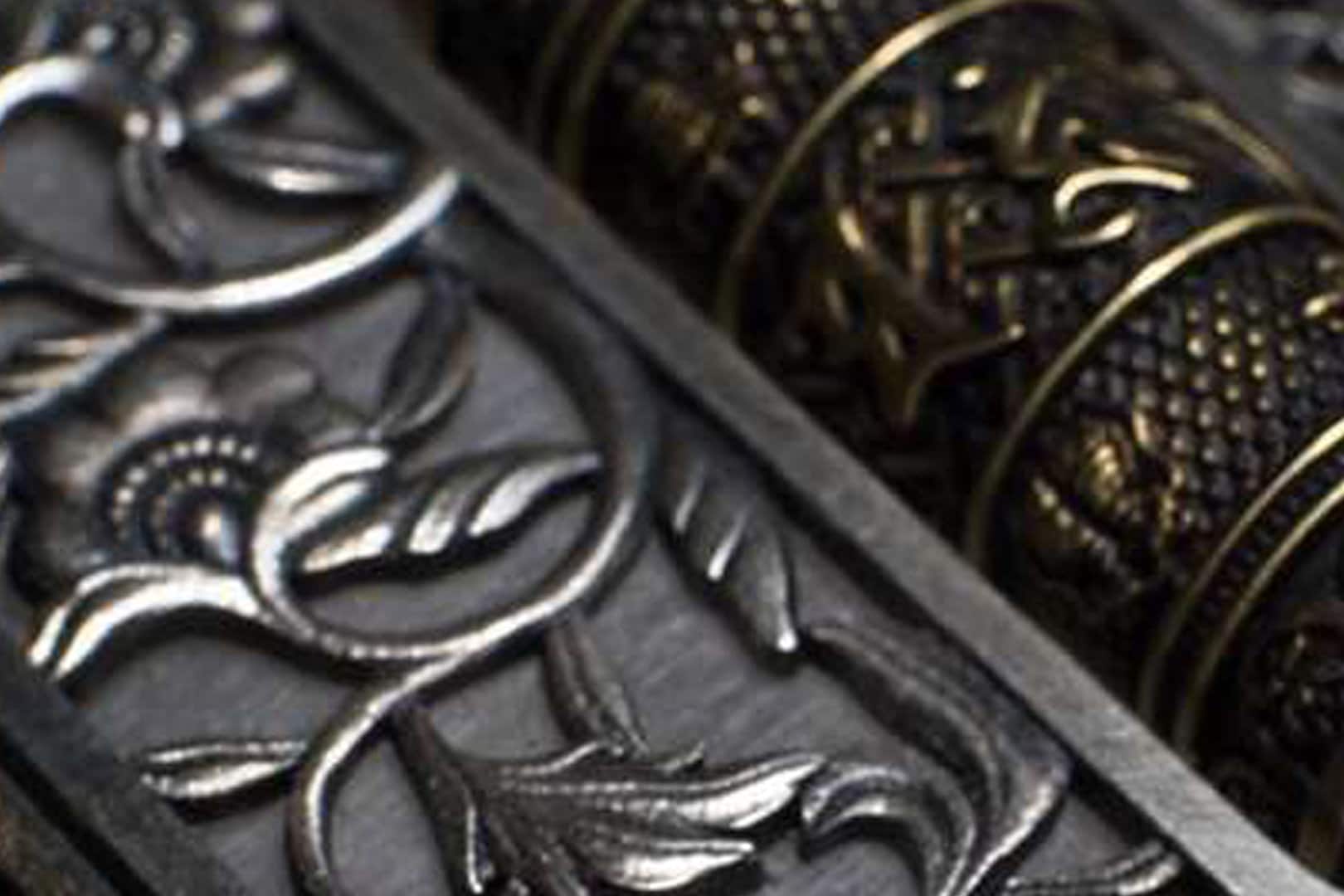 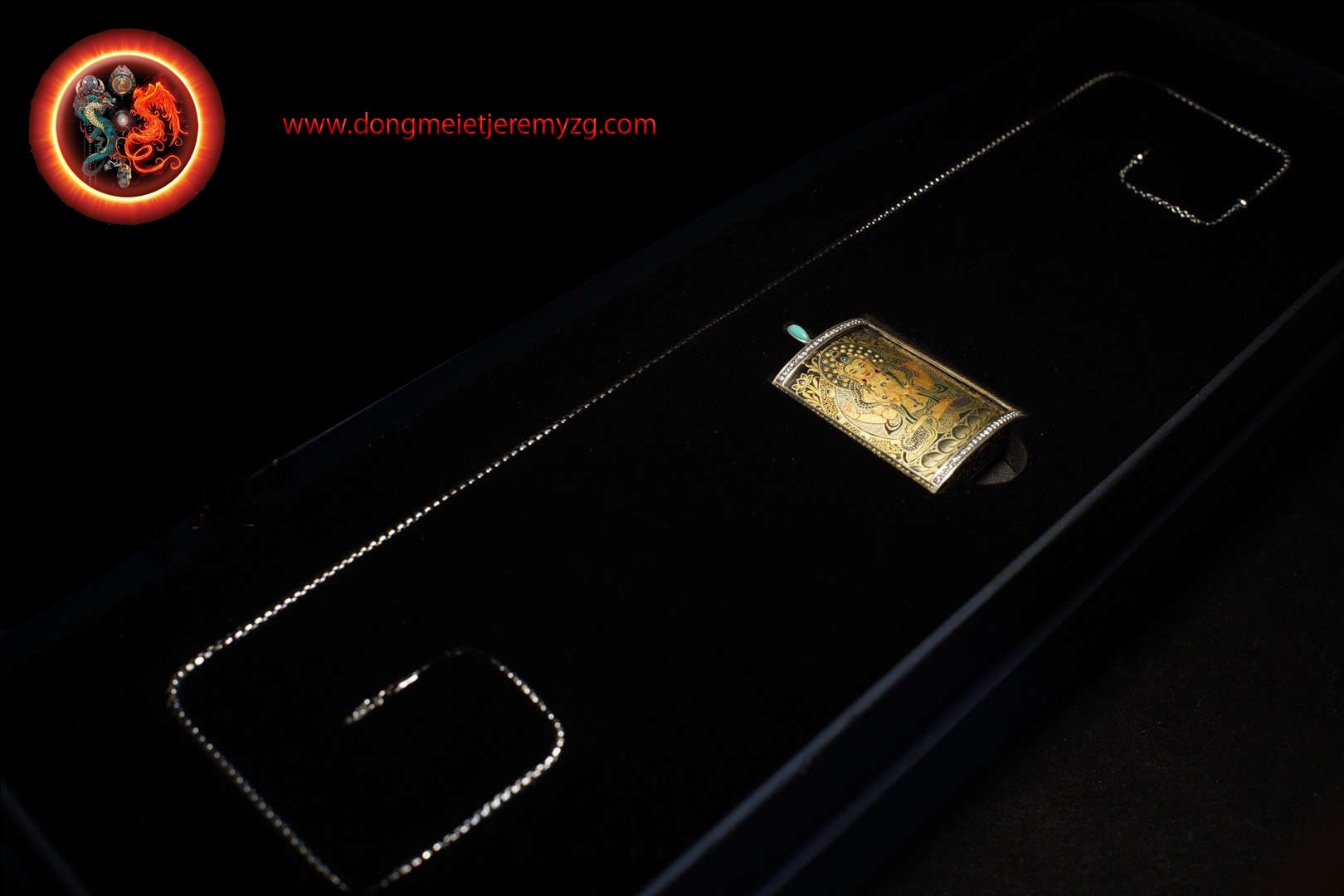 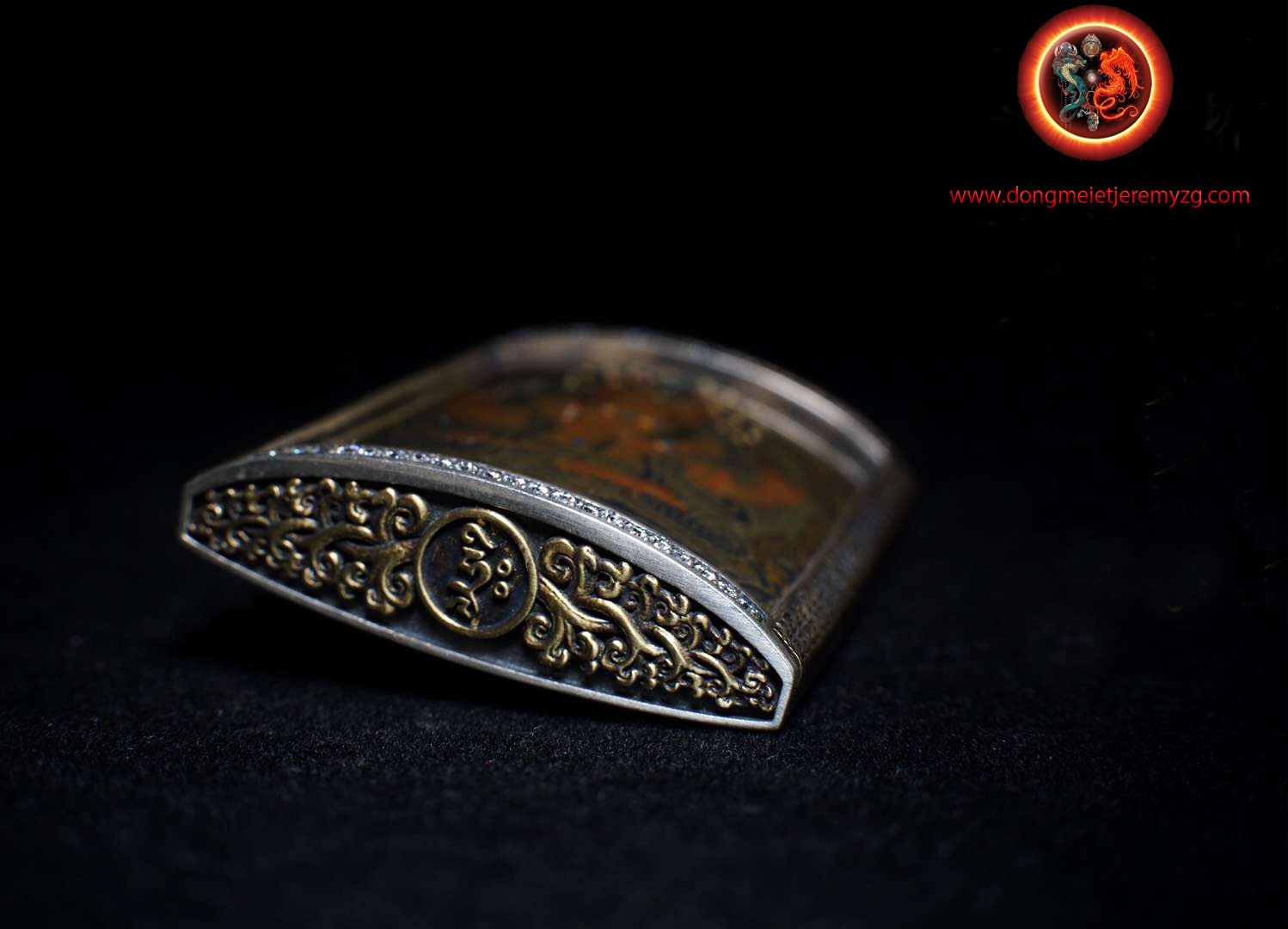 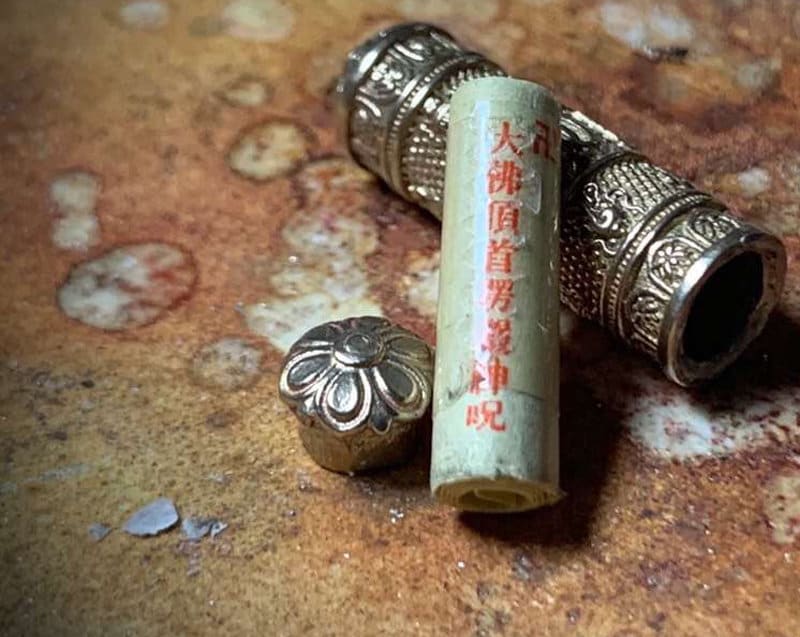 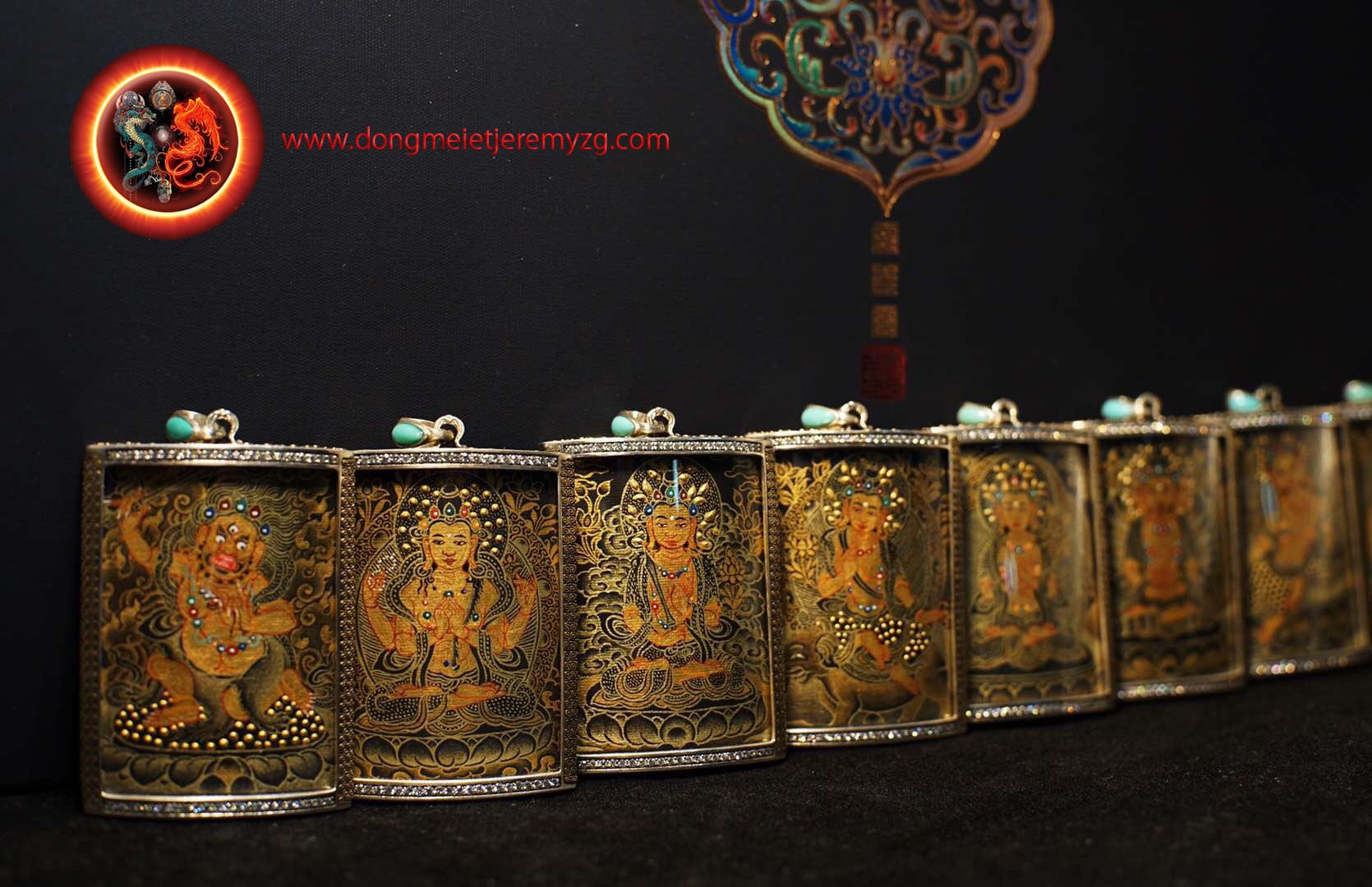 Akashagarbha Tibetan Protection Amulet
black gold 750/1000th (18K)
hand-painted thangka (sold with certificate of authenticity)
prayer wheel turning on the back.
Diamond paving on the top and bottom of the pendant
Turquoise
sold with a black sandalwood mala in its box.

Video of this new collection available via this link
https://www.facebook.com/dongmeietjeremyzhangguelle/videos/520075555325476/

a prayer scroll dedicated to Vairocana Buddha is contained in the mill on the back.

on the ram is set an authentic turquoise from Arizona.