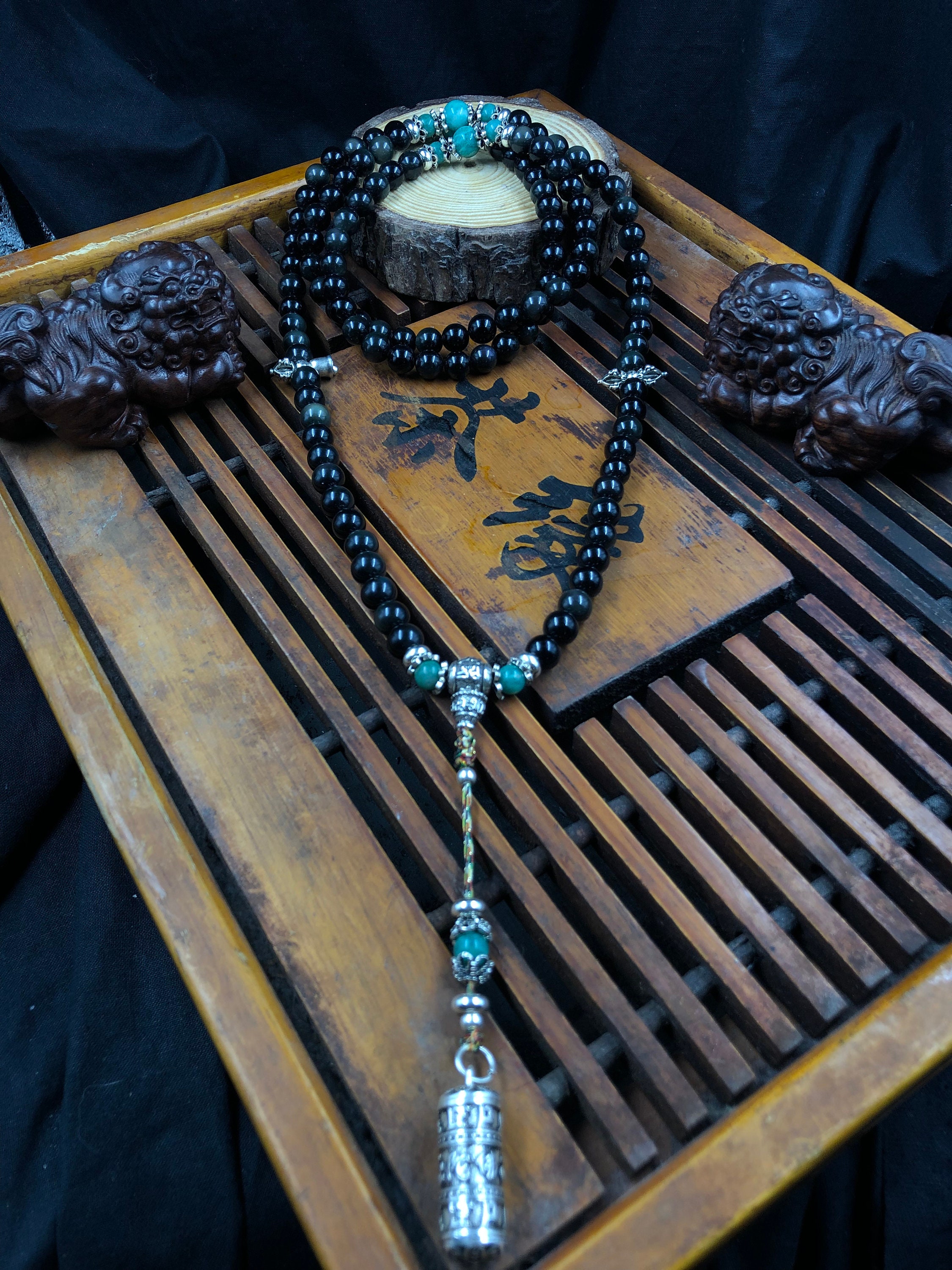 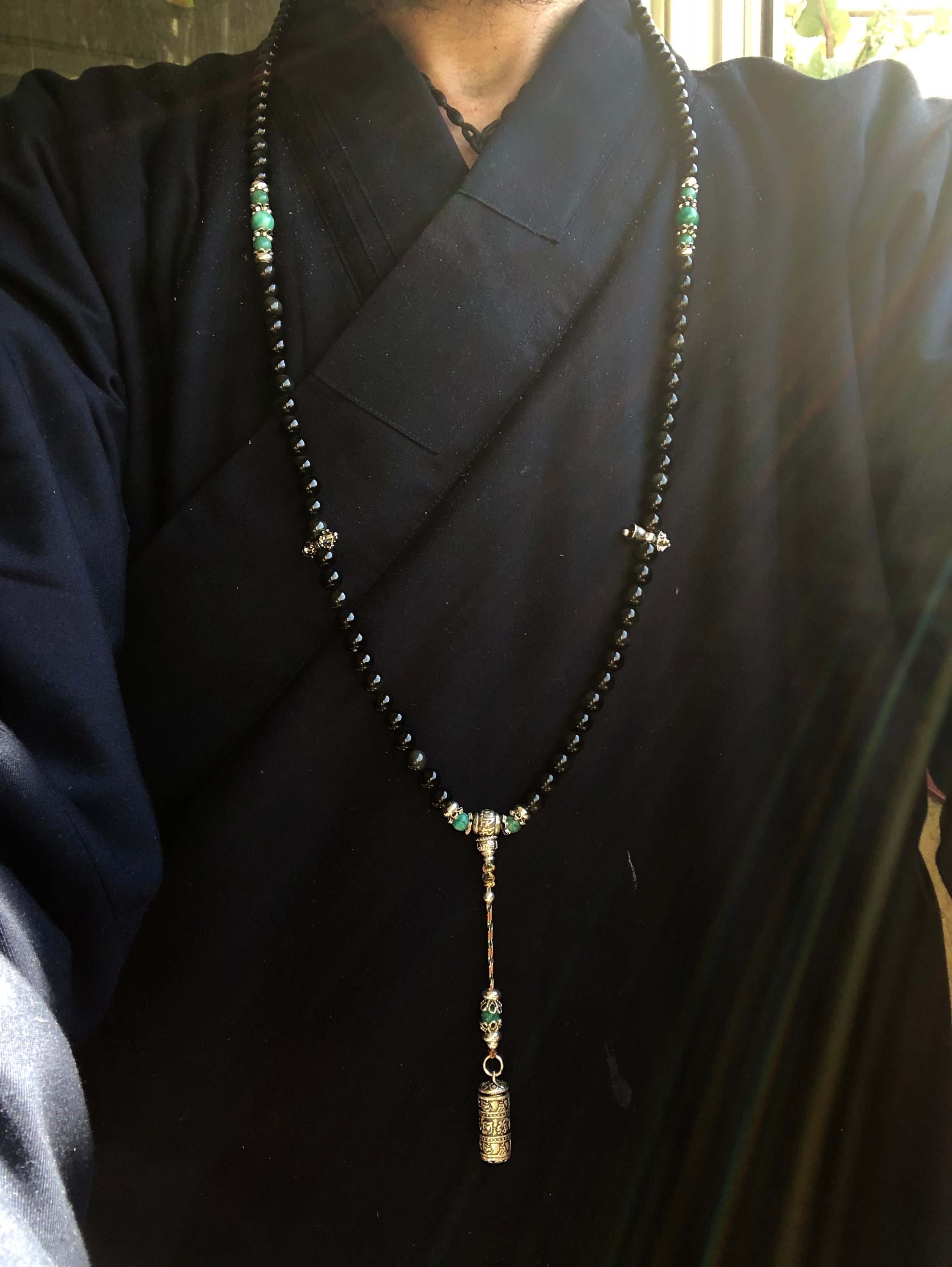 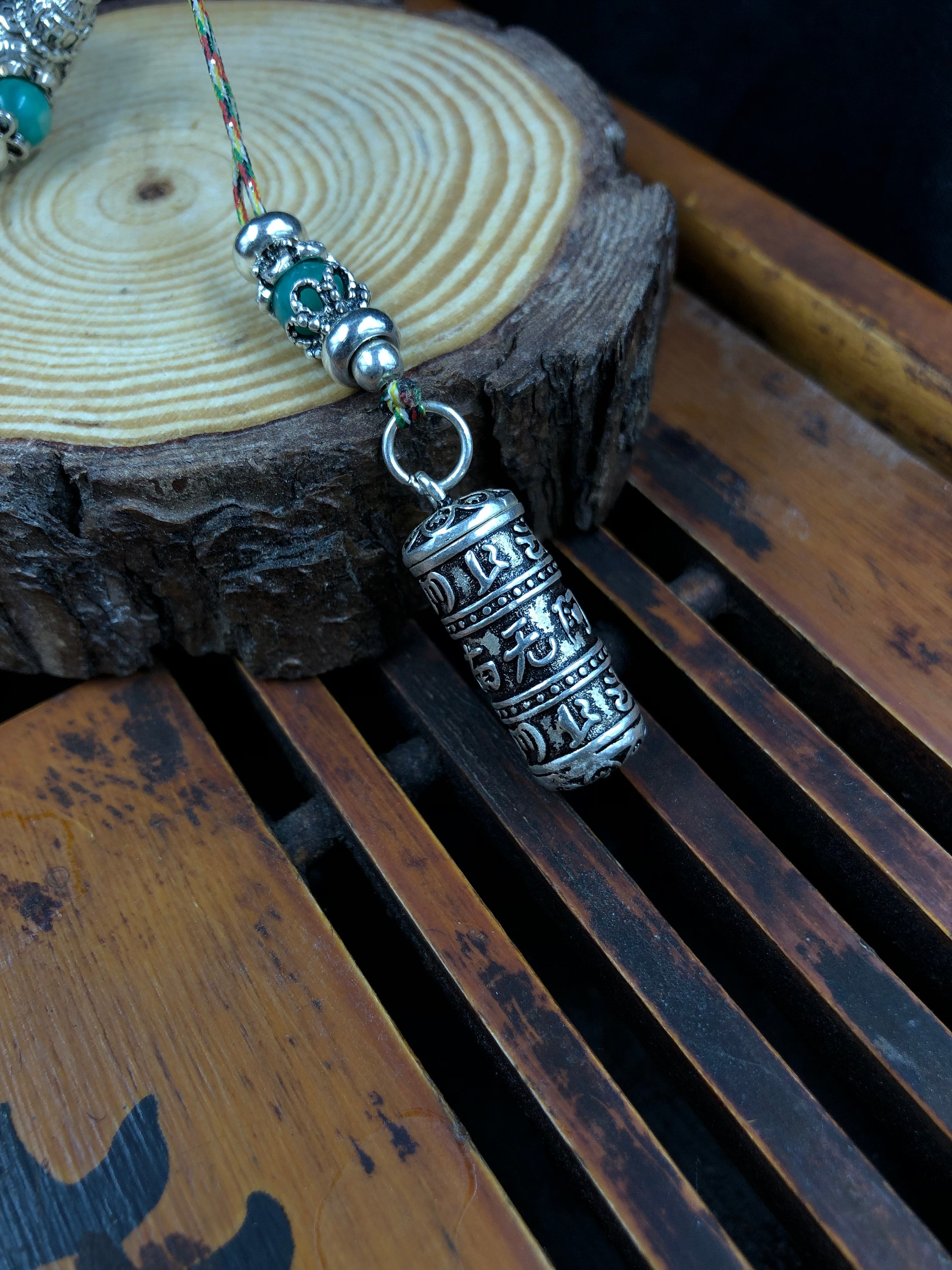 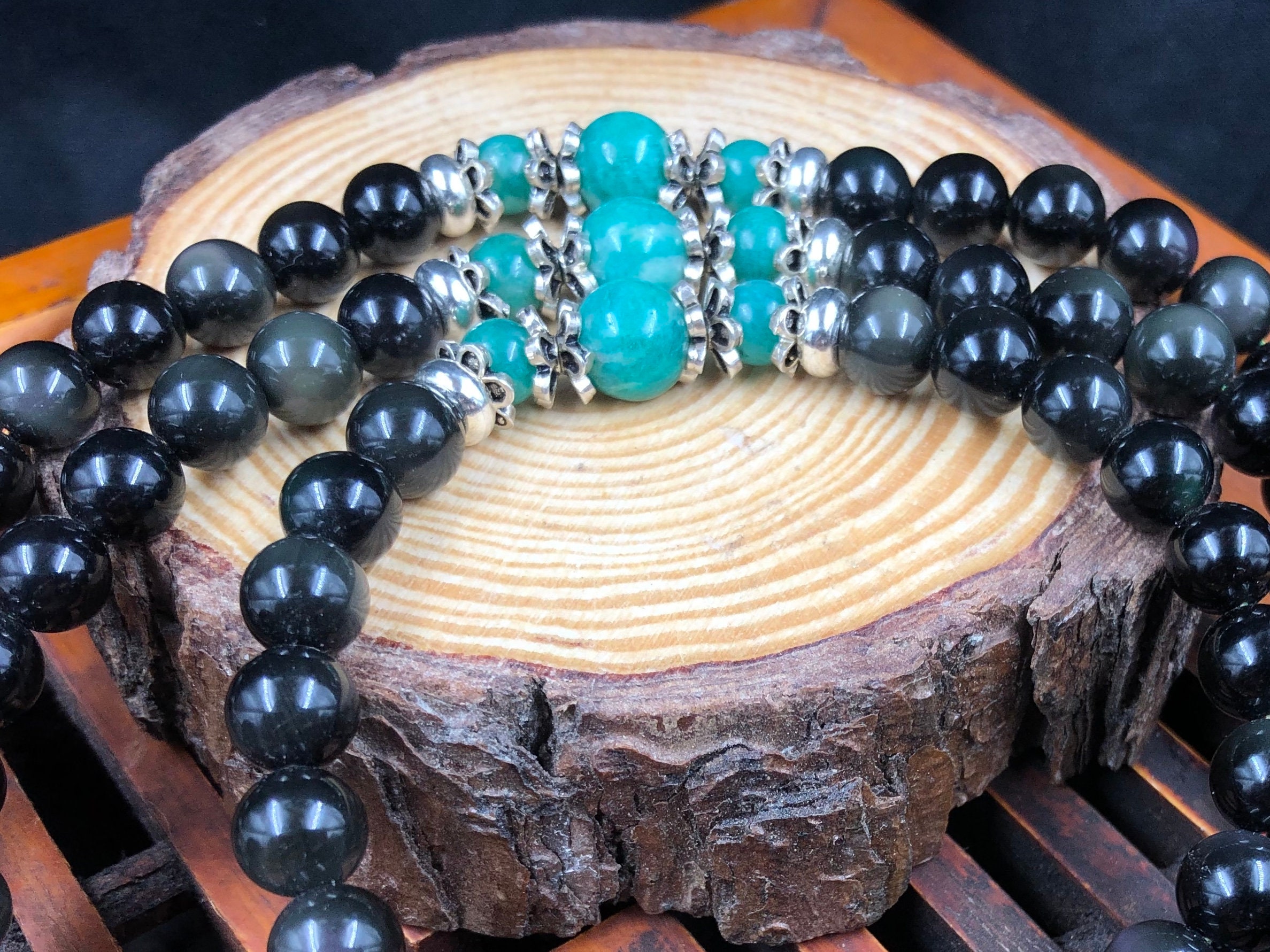 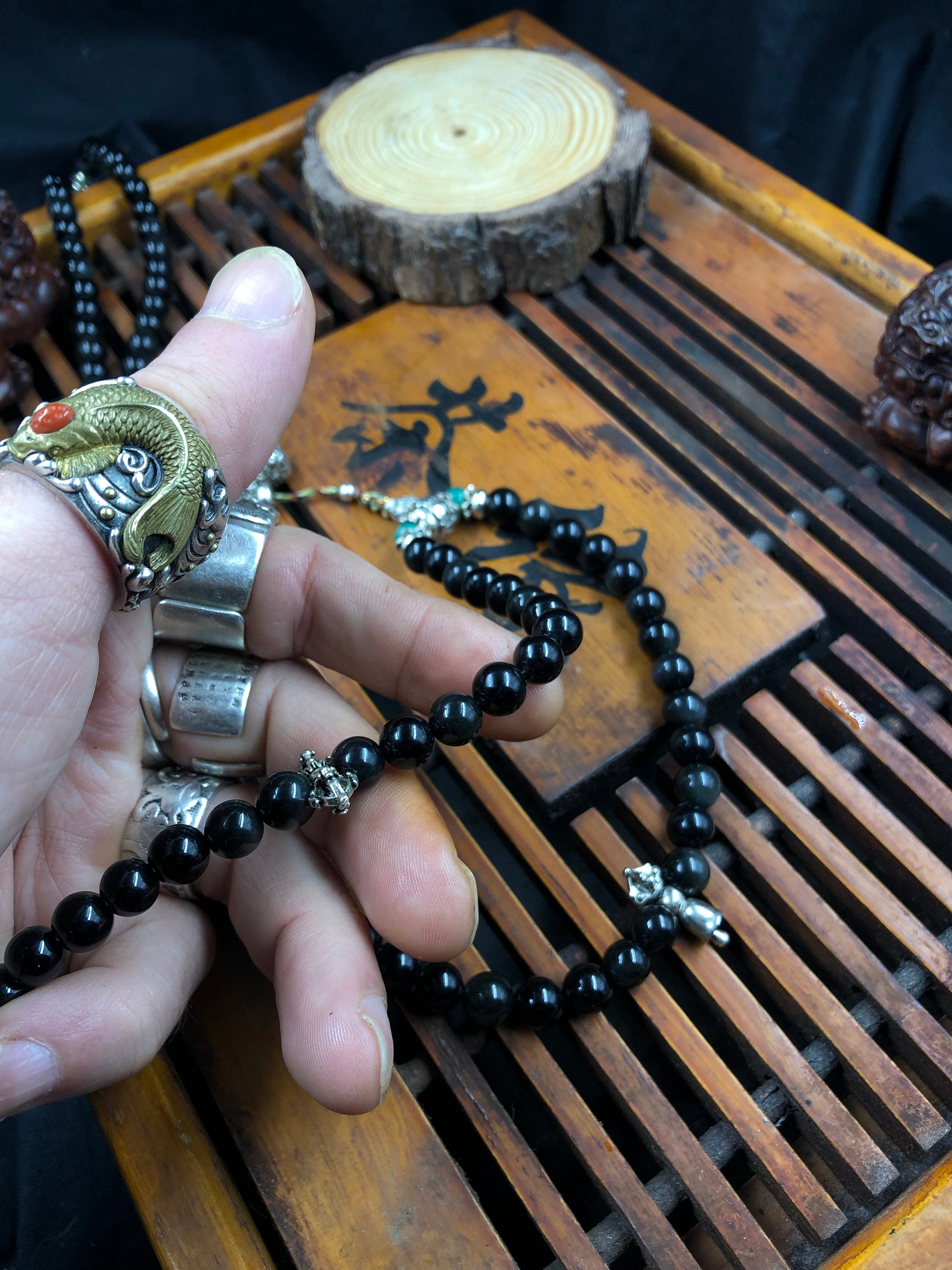 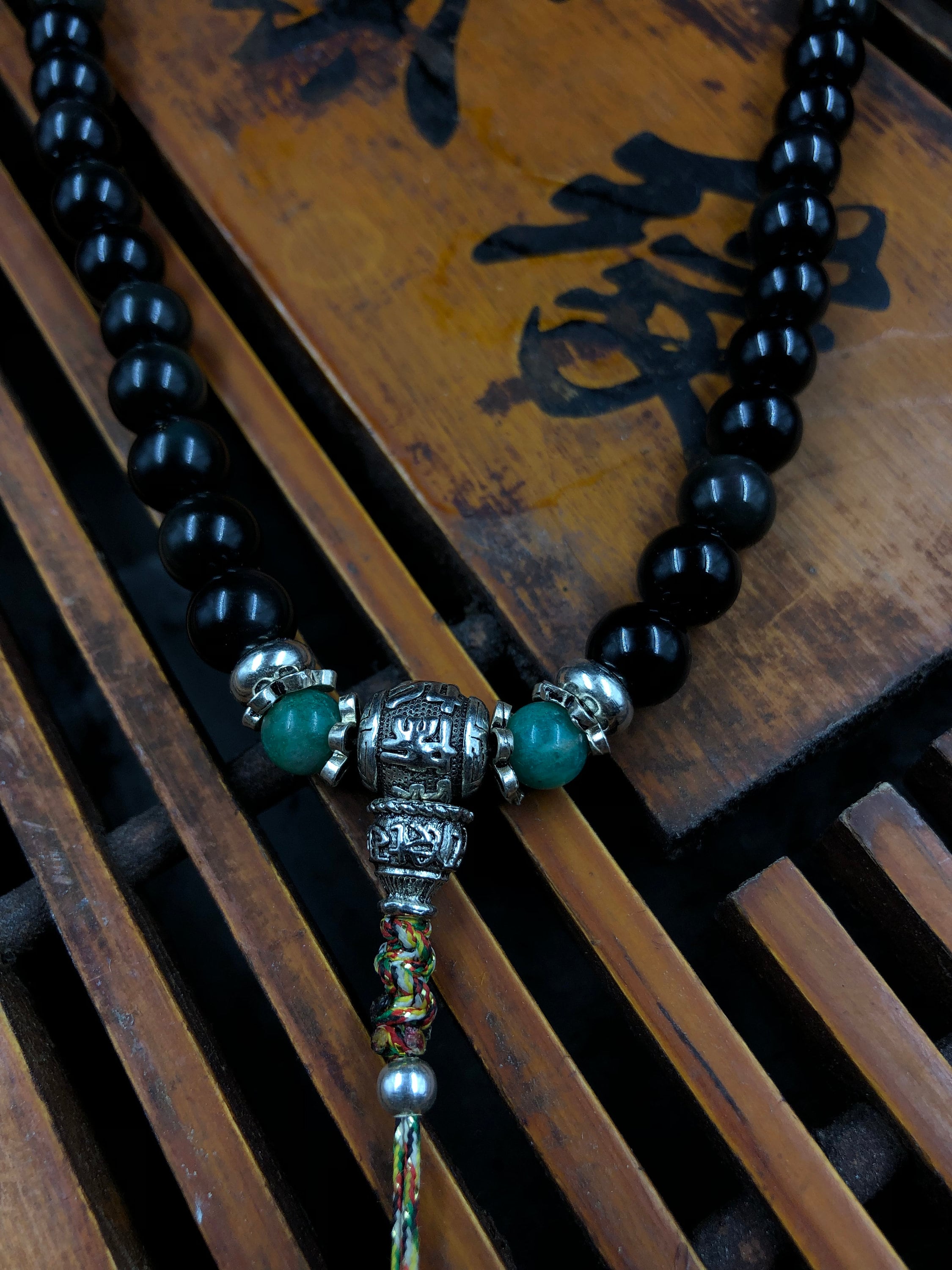 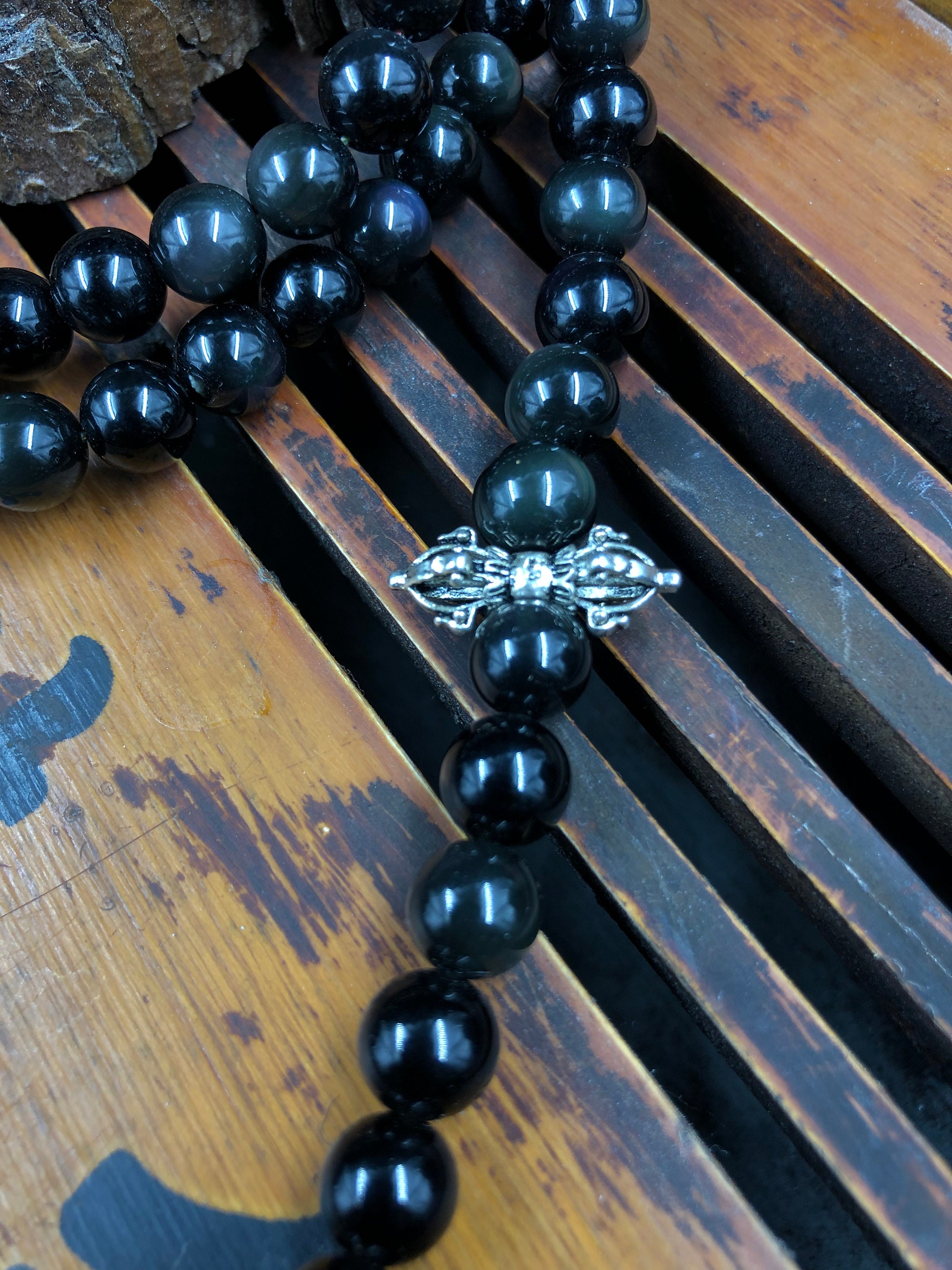 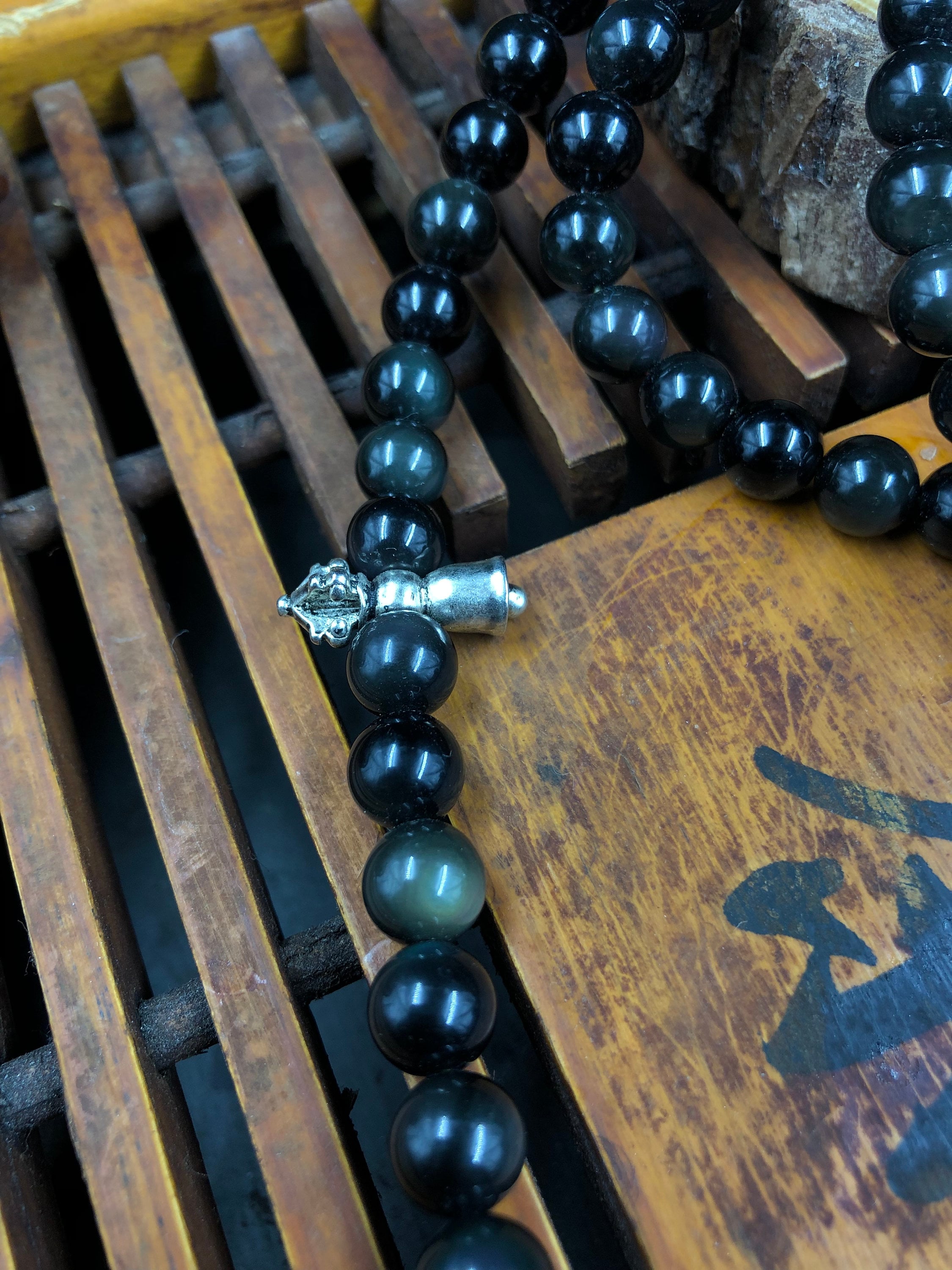 108 obsidian beads of 8mm each

Buddhist reliquary also in silver 925 opening so that prayers or sacred things can be closed.
Silver 925/1000th.
Mounted on a traditional cord representing the 5 colors of the 5 meditation Buddhas.
Finishing sliding knot to use this mala by seeding the beads.
As shown in this explanatory video via this link
https://www.facebook.com/103104533147394/videos/446304419720374


The mala, trengwa, in Tibetan is the rosary of the Buddhist, the object from which the monk (or even the lay practitioner) almost never separates, holding it in his hand or wrapped around the wrist.
The mala is first of all a utilitarian onjet: it serves as a tactile medium for the recitation of mantras, at the same time as it is used to count them if one has set a set to repeat a defined number.
The mala is composed of 108 strung beads, which justifies its name, since it simply means "garland" (beads). The various components each contain a symbolic meaning specify: The big pearl (or Buddha's head) that closes the loop meets the knowledge of emptiness. The small cone that overcomes it is the mark of emptiness itself. The cord on which the beads are threaded must, theoretically, present itself as a braid of several threads:
three sons symbolize the "three bodies" of a Buddha (Absolute Body, Body of Glory and Body of Emanation);
five sons symbolize the "five wisdoms" or the "five families" of Buddhas (Buddha family, vajra family, jewel family, lotus family, activity family)
nine threads symbolize the primordial Buddha Vajradhara and the eight great bodhisattvas.