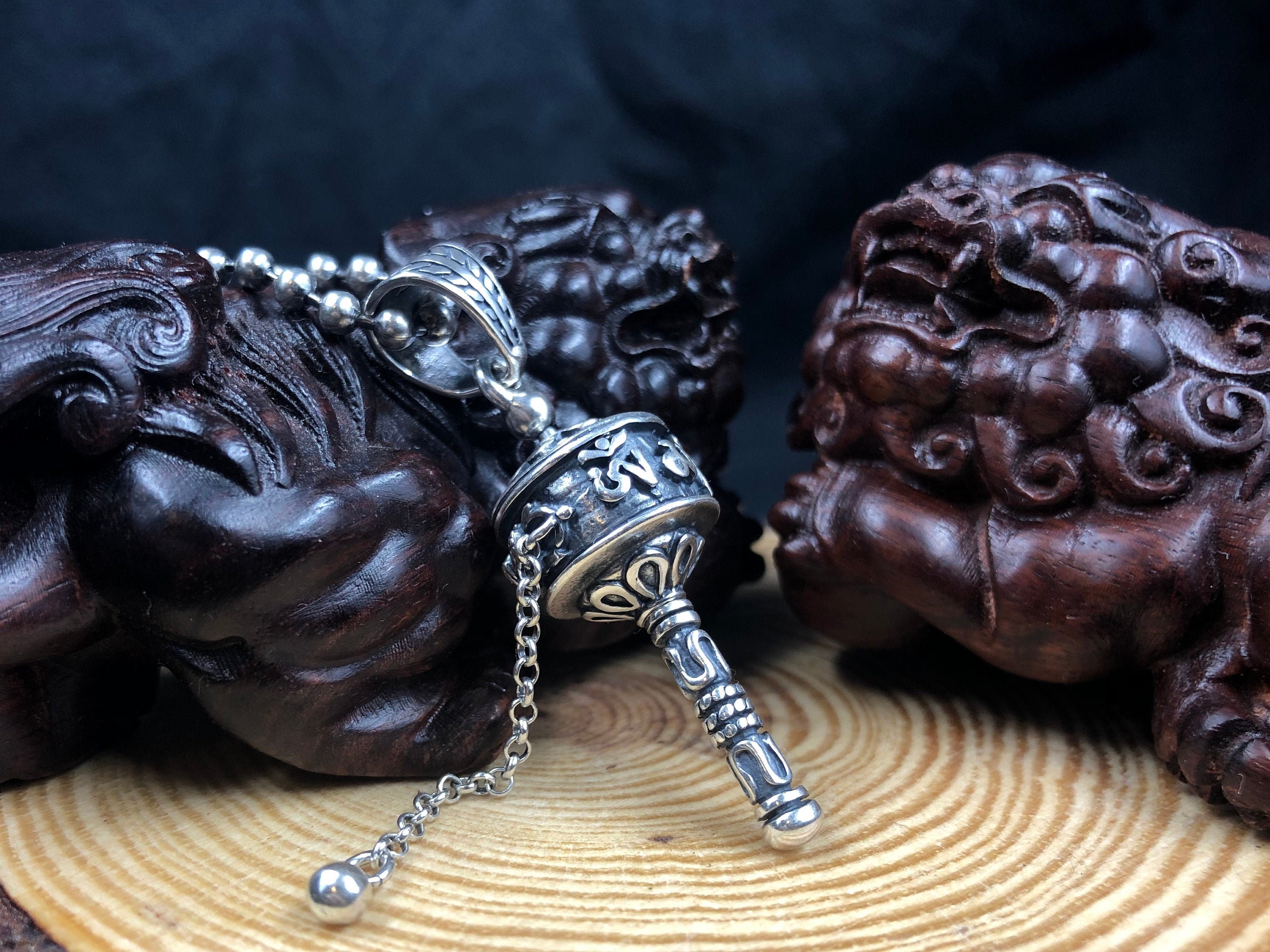 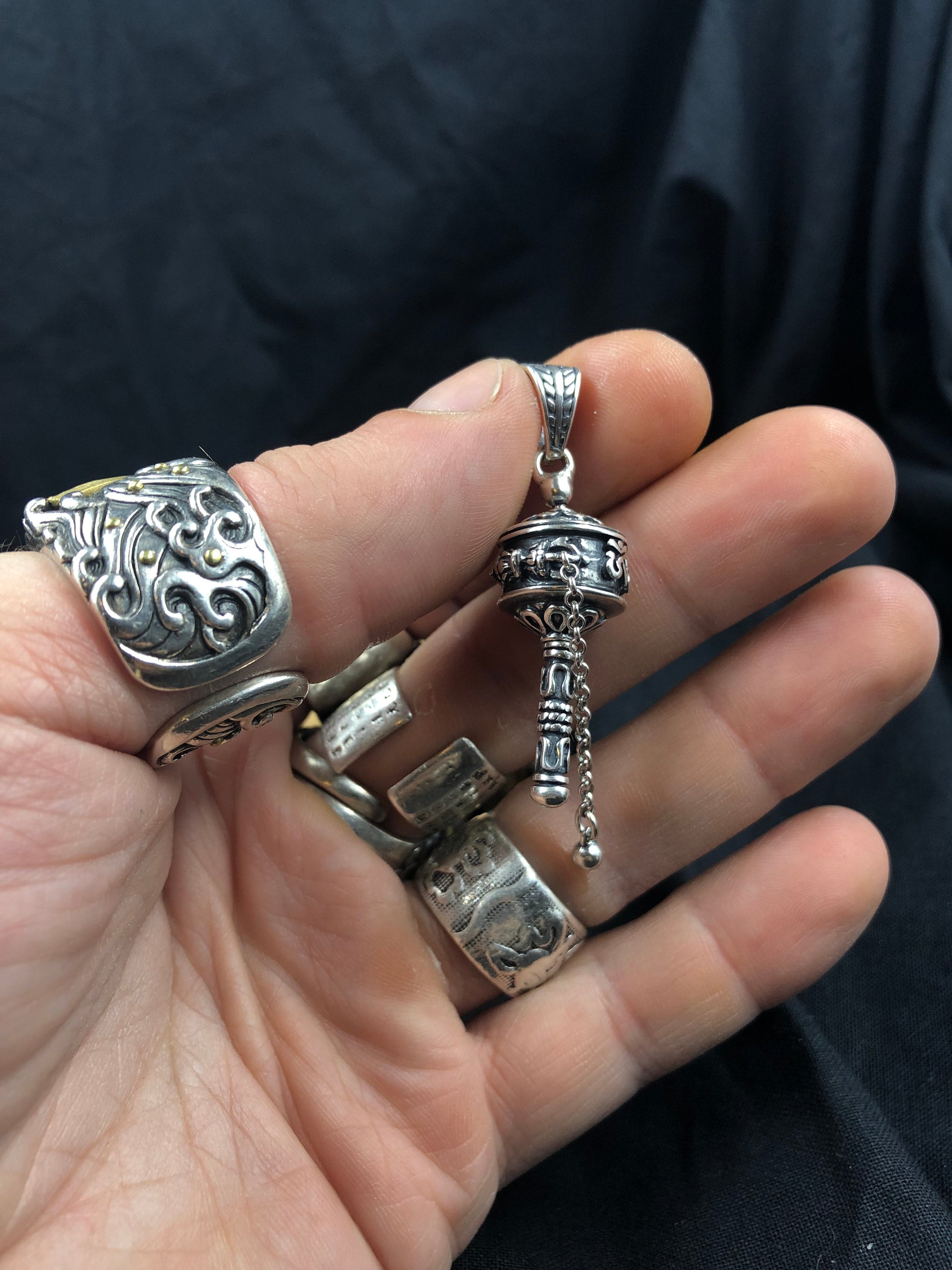 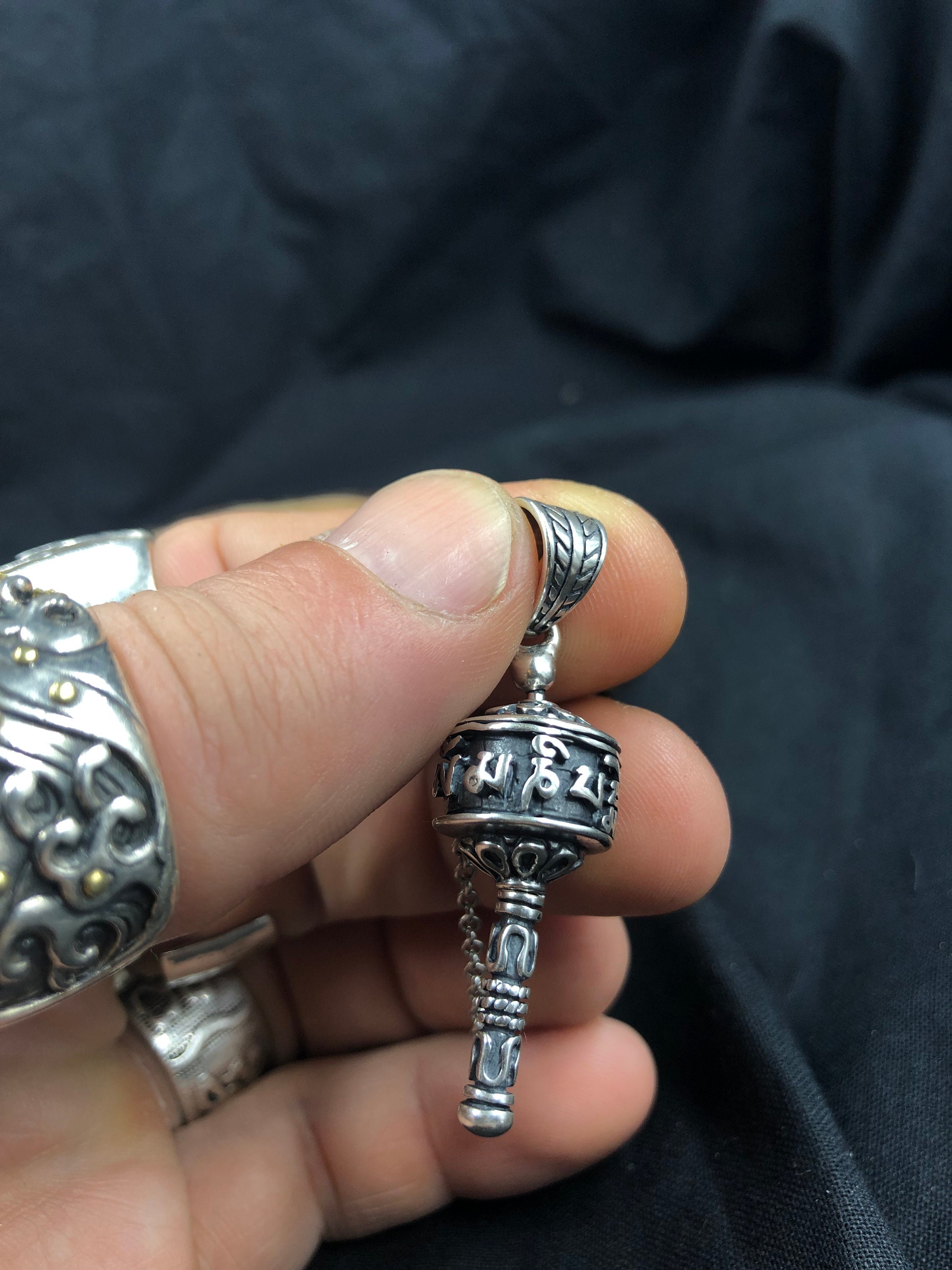 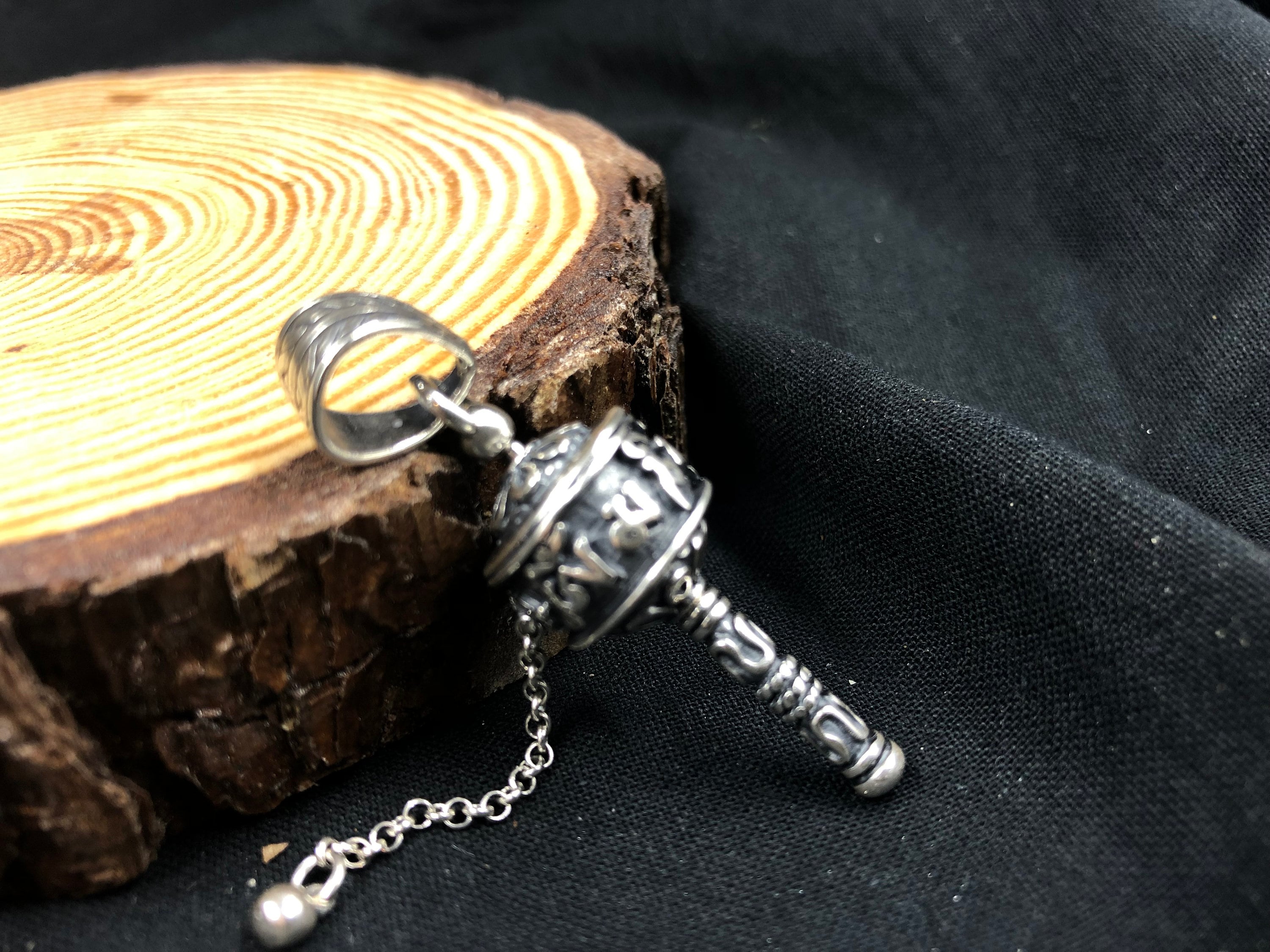 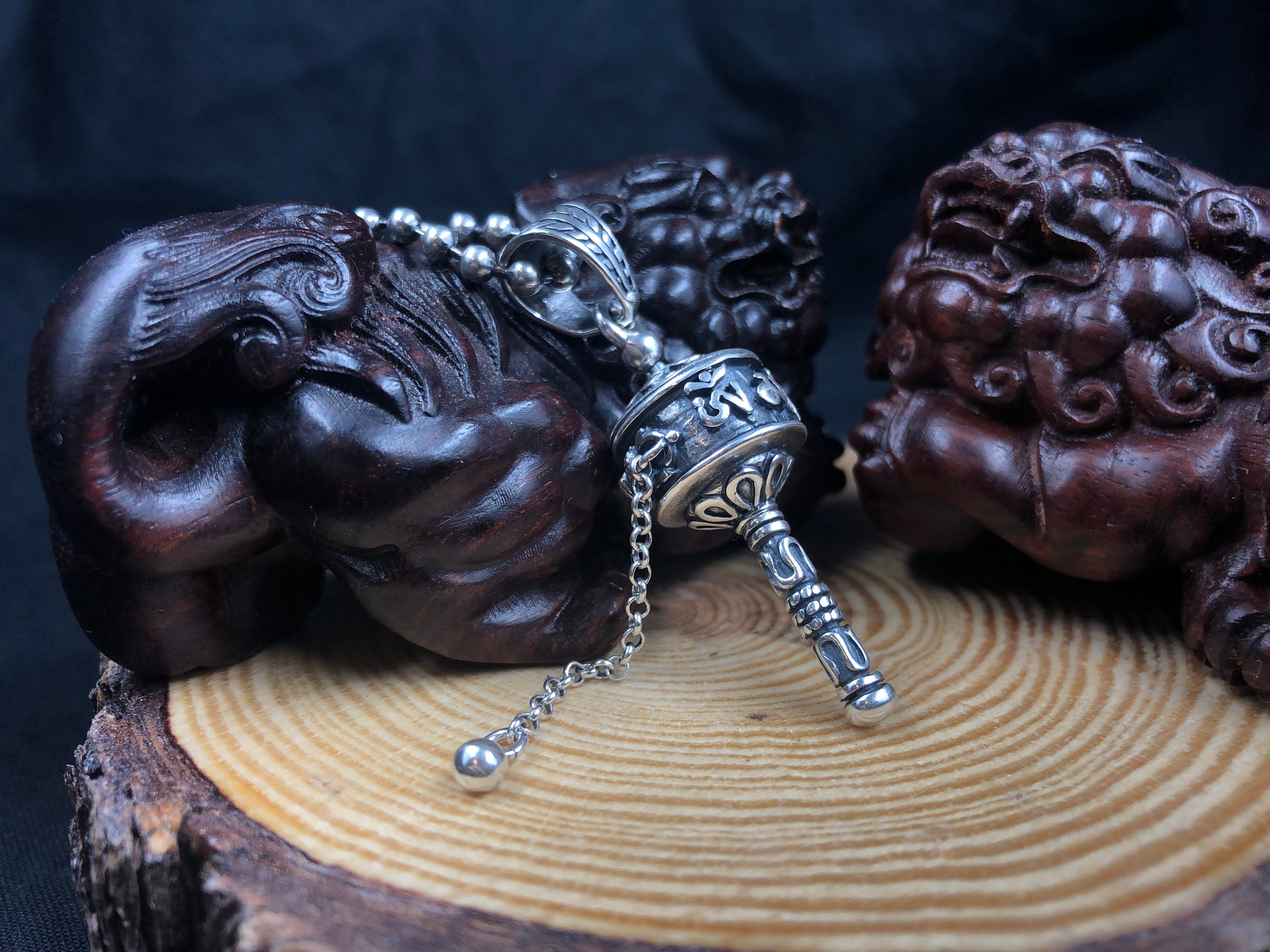 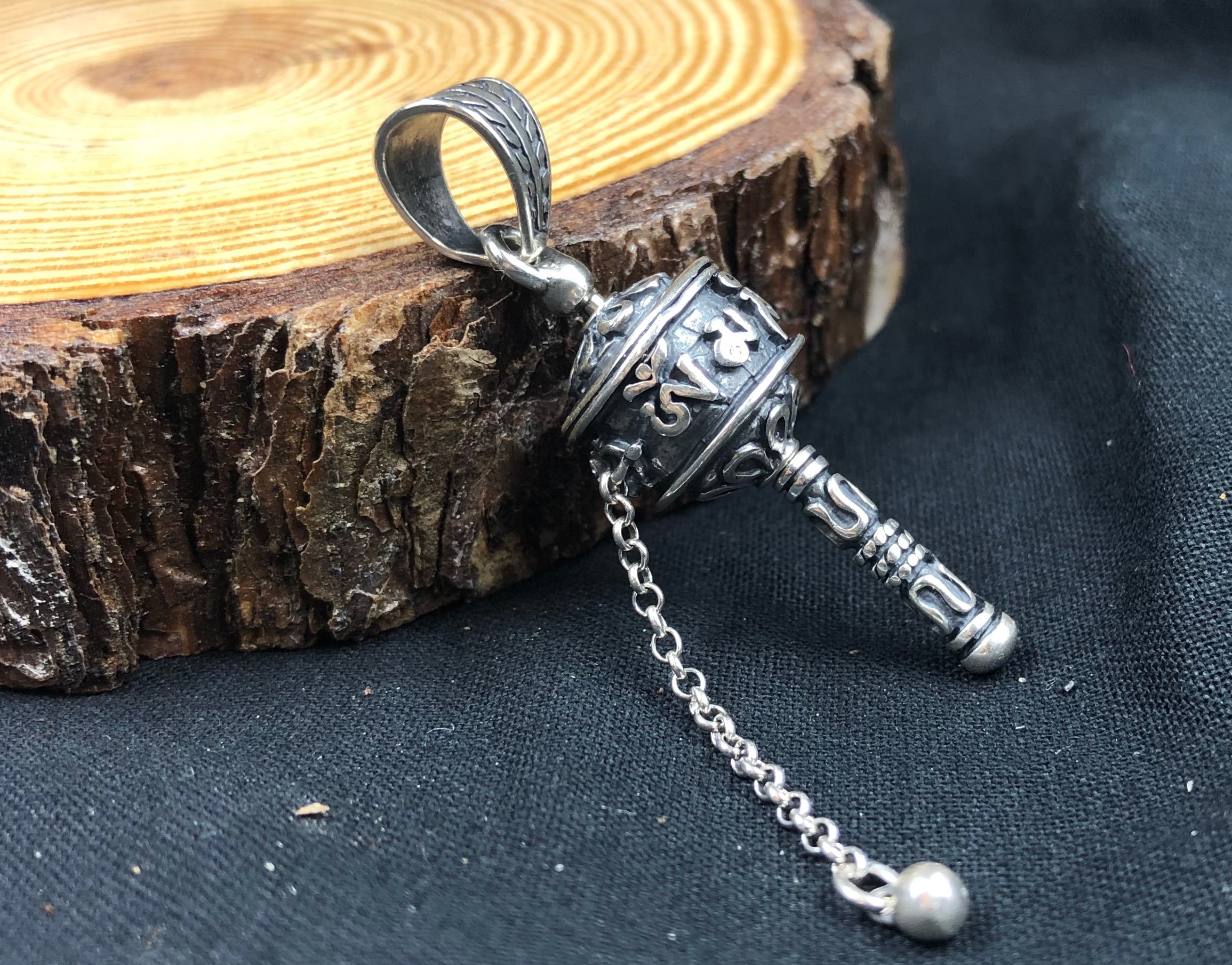 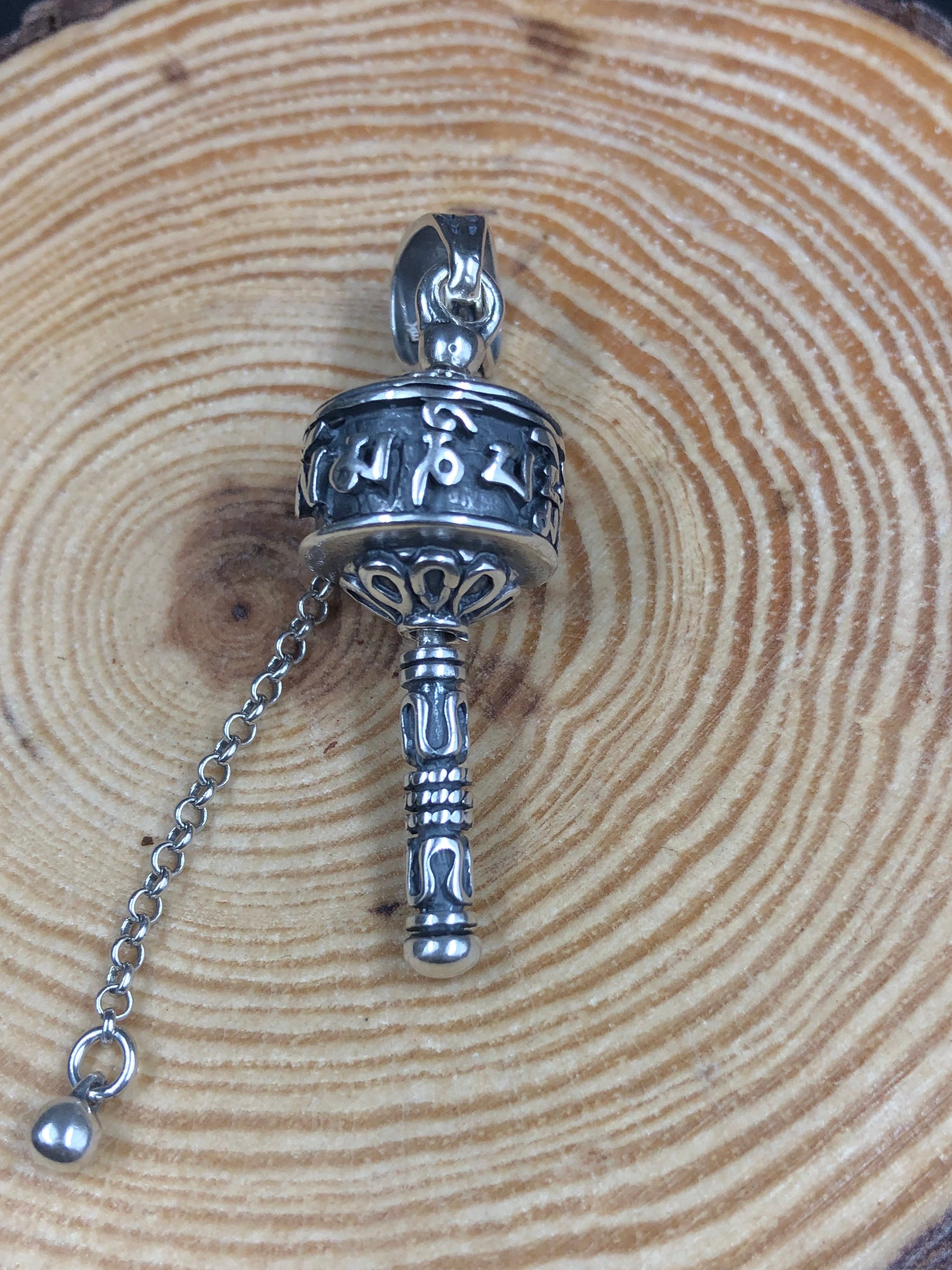 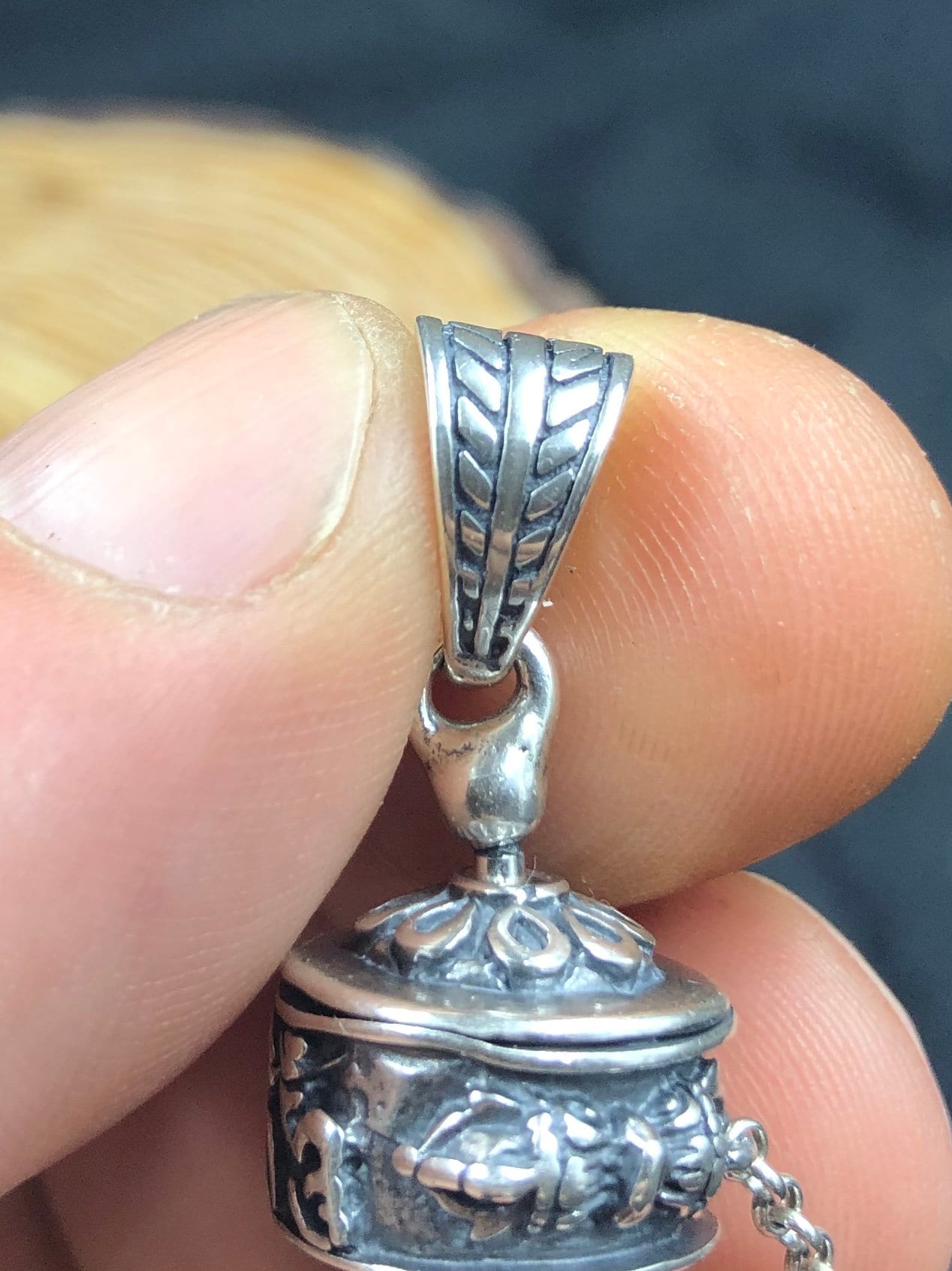 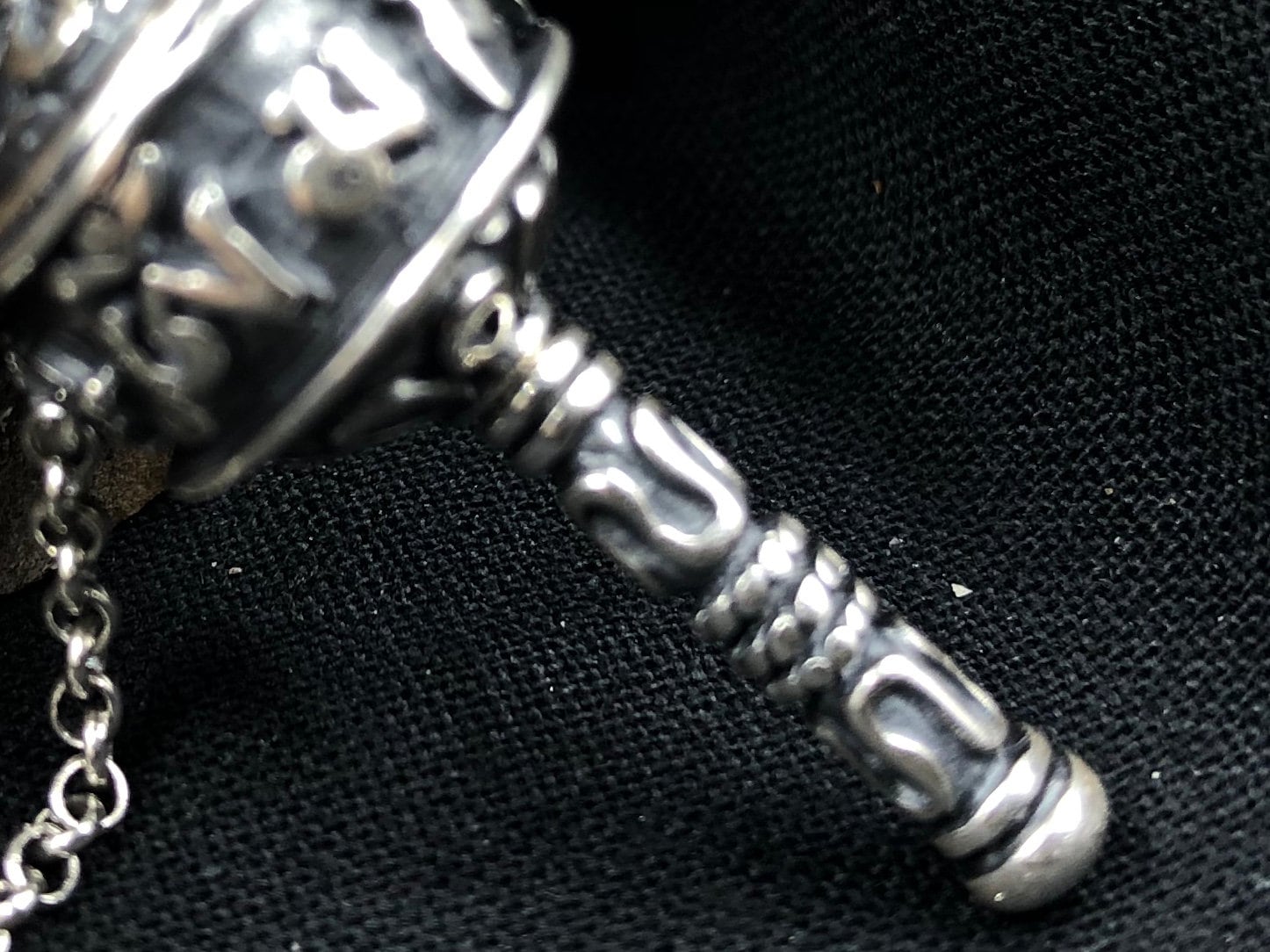 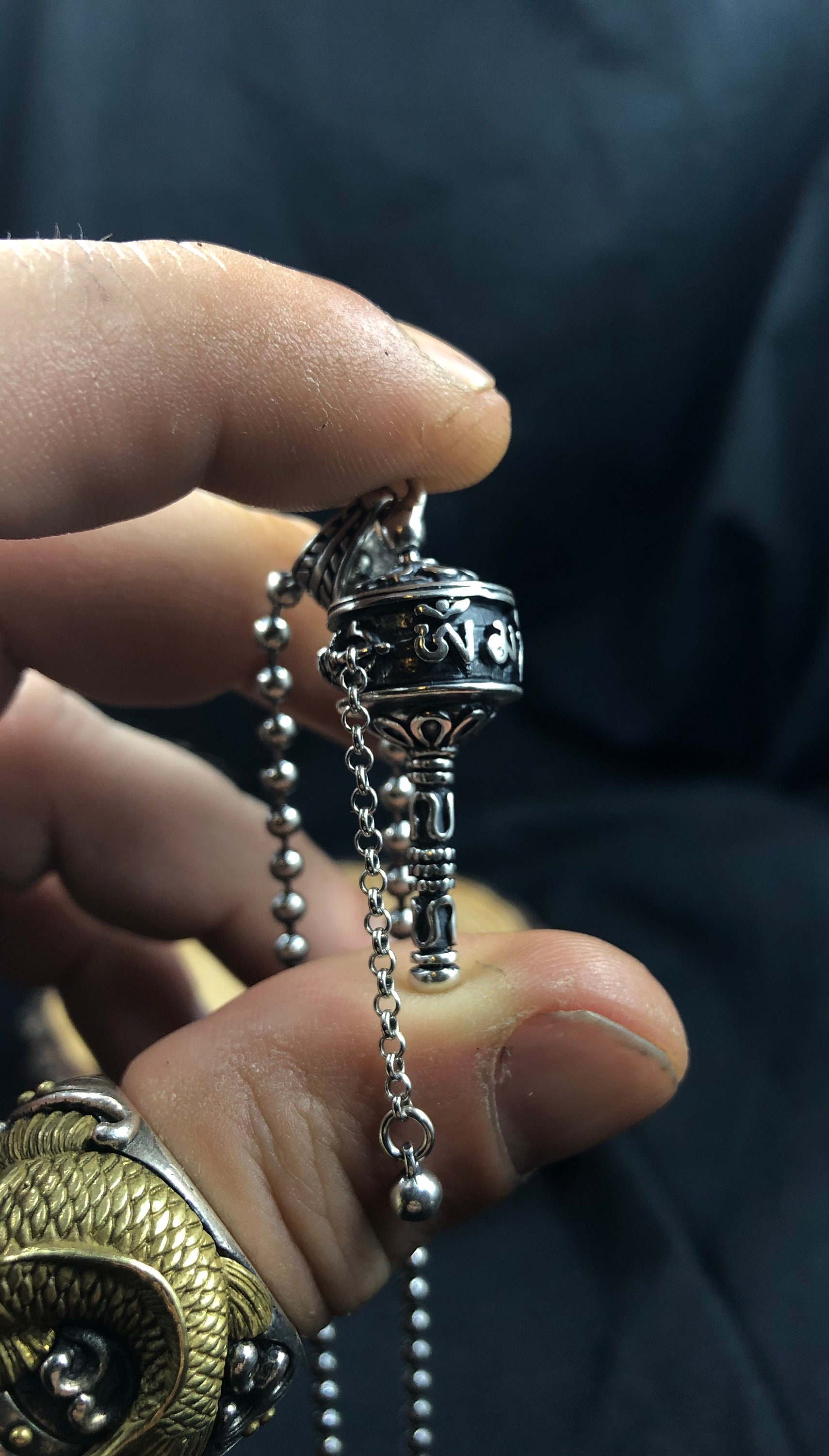 Video of the mill available by clicking on this link
https://www.facebook.com/dongmeietjeremyzhangguelle/videos/868655830241440/

A prayer mill (mani chuskor or mani korlo in Tibetan) is a religious object used by Tibetans practicing Buddhism.
According to the beliefs associated with this object, operating such a mill has the same spiritual value as reciting the prayer of the mantra, the prayer being supposed to spread thus in the air as if it were pronounced

Silver 925
"The Great Mantra of the Great Compassion
penetrates the sky and the earth
One hundred recitations for a thousand days
Make the ten kings rejoice
His great compassion and kindness
Heal all disease
And then an ad is projected from the top
From a screen of fault."