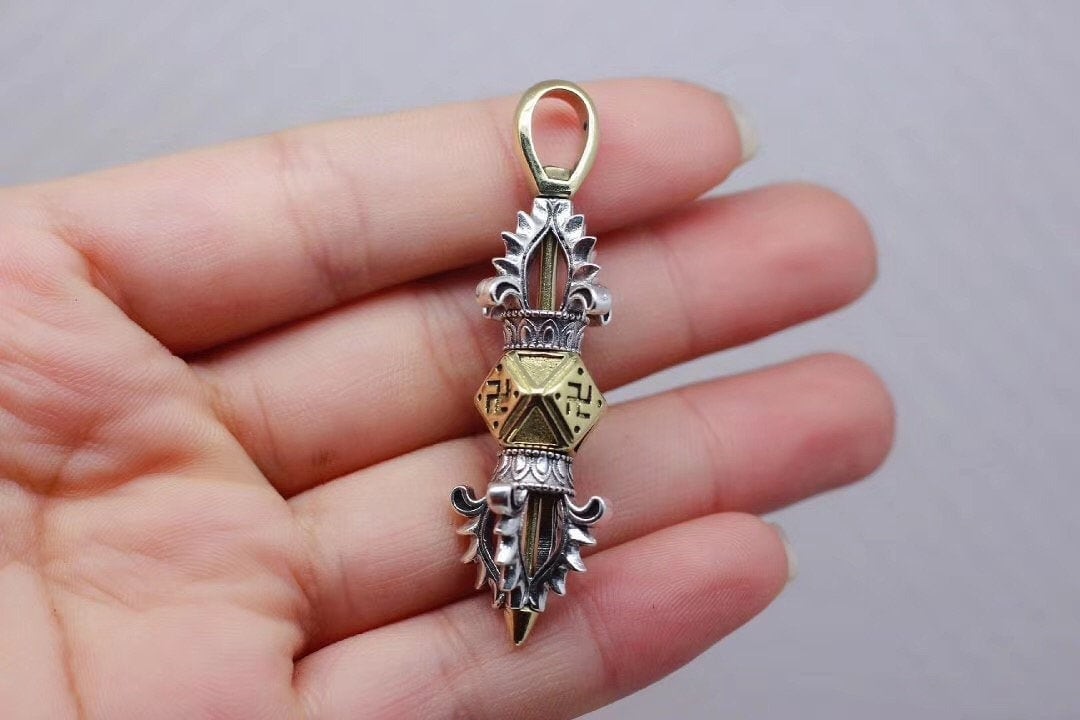 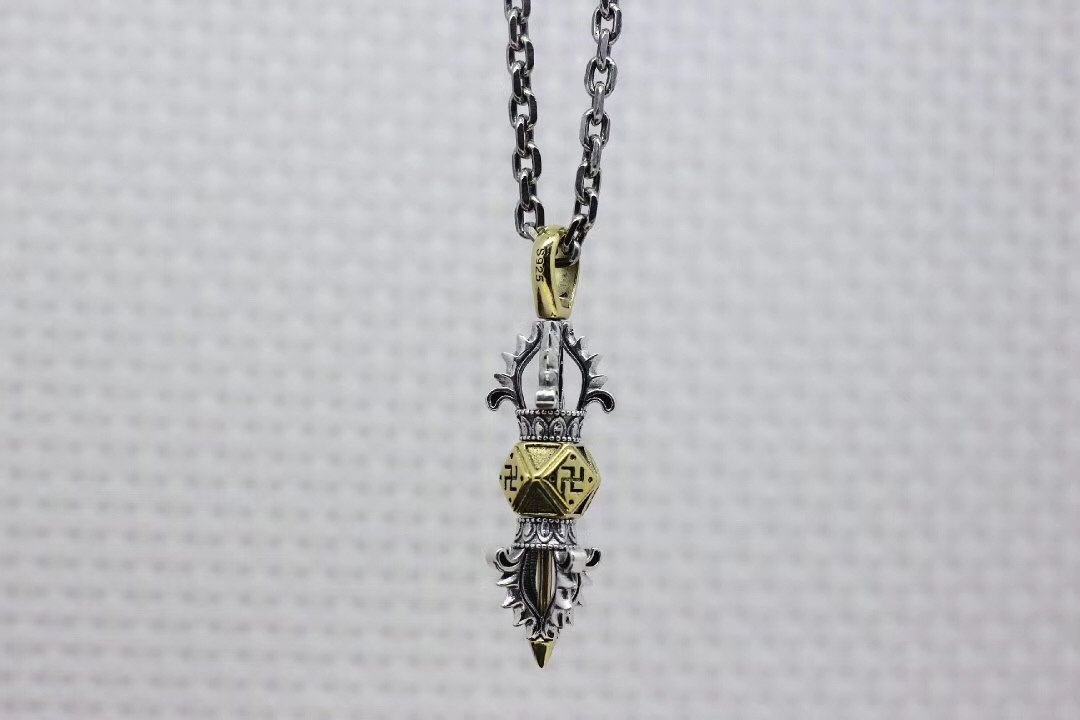 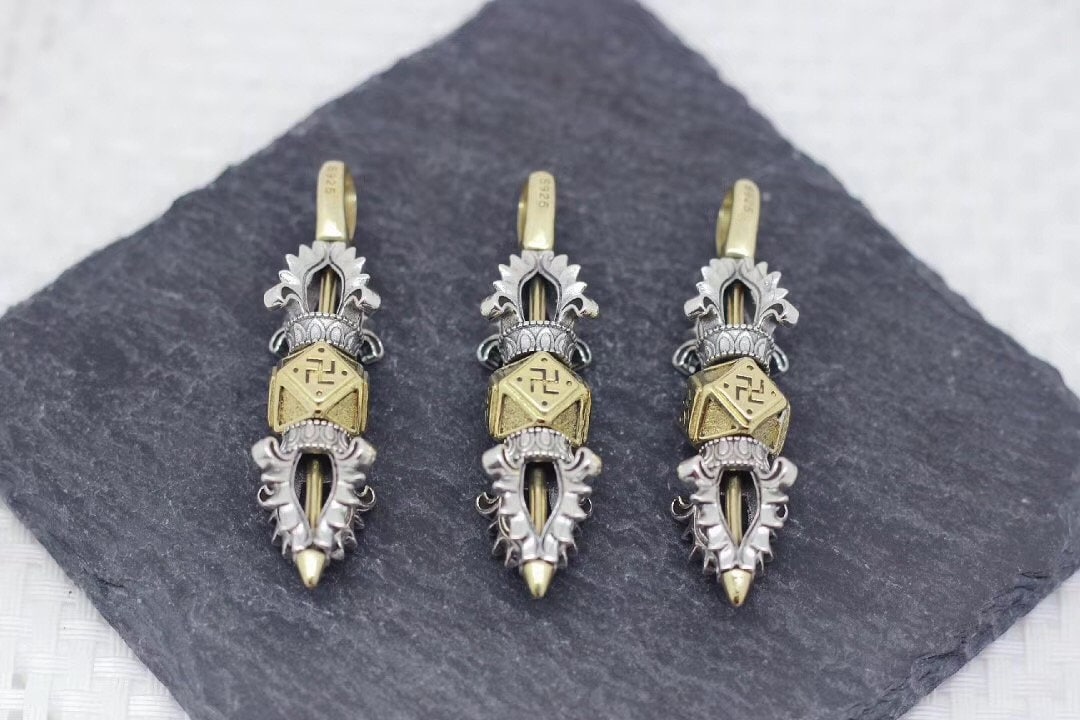 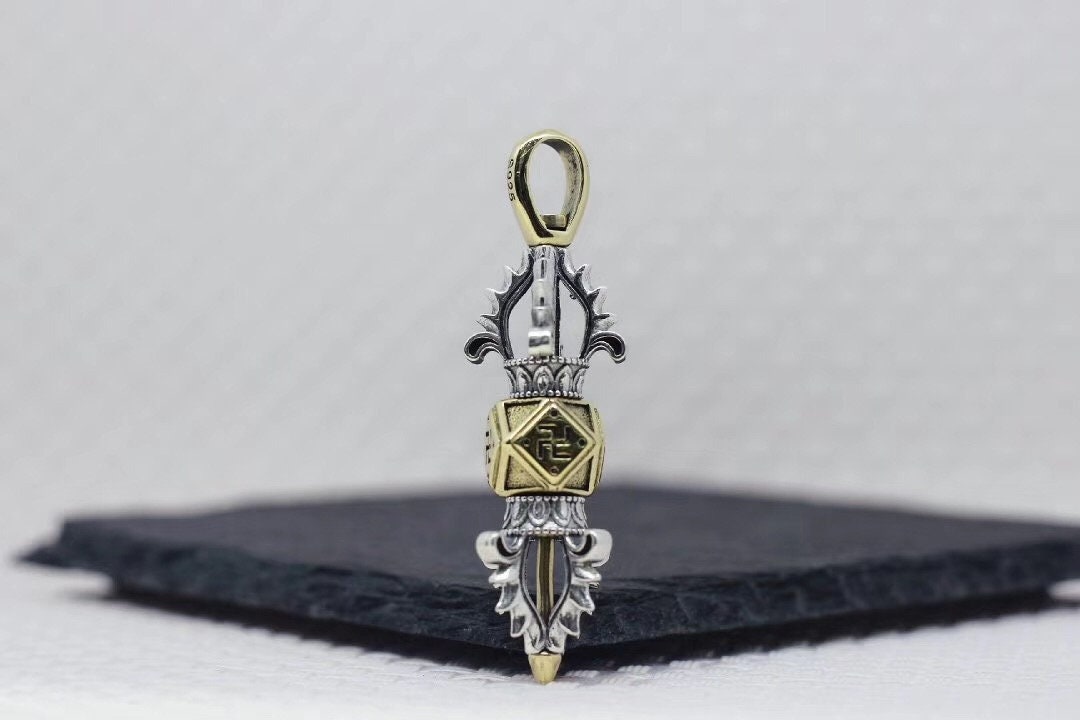 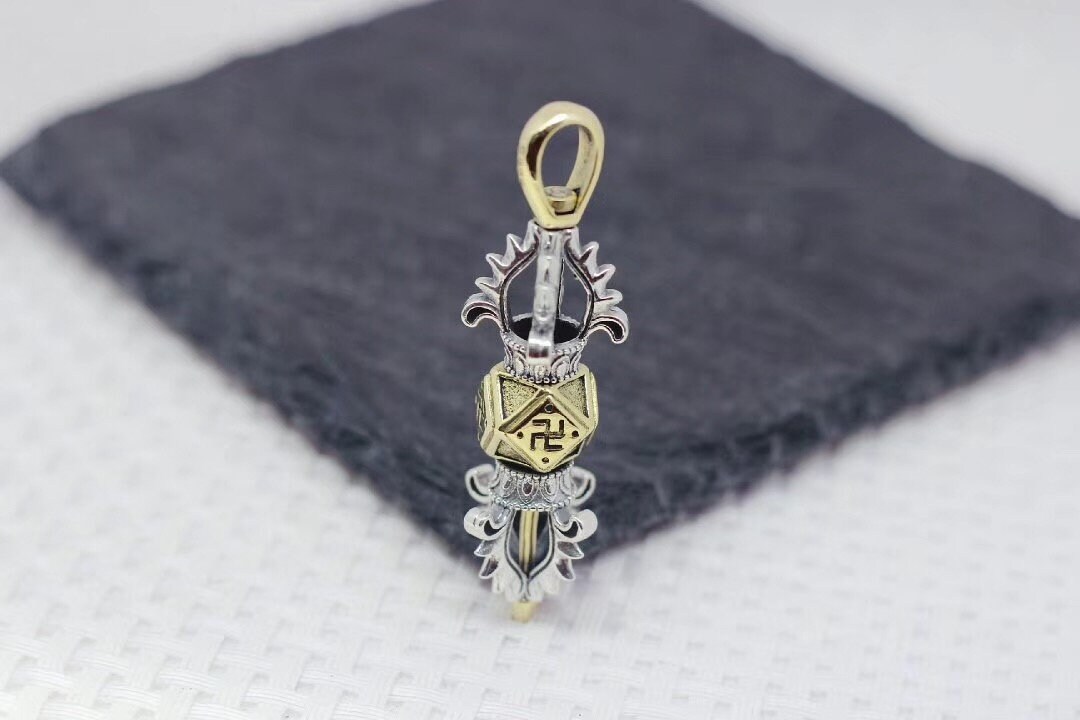 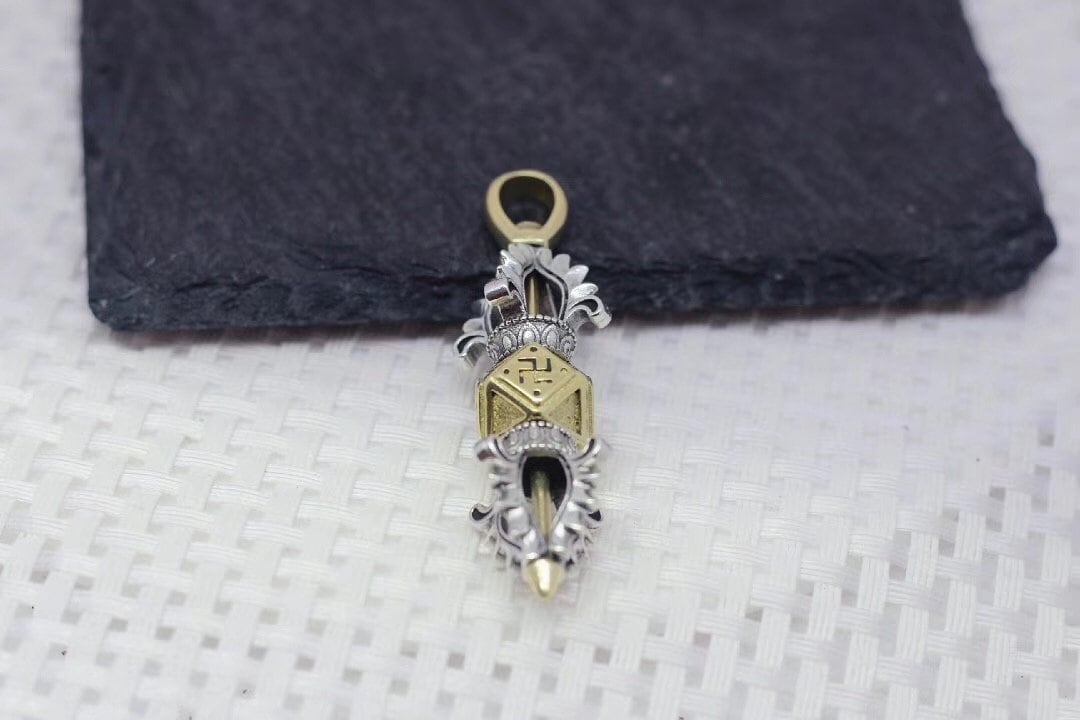 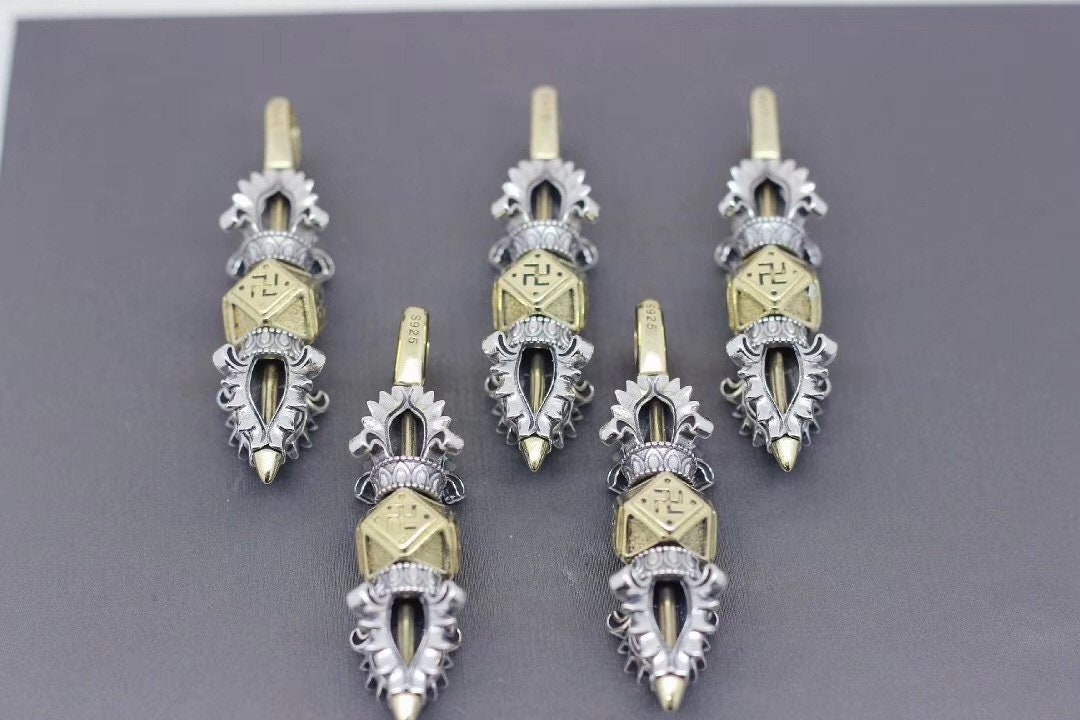 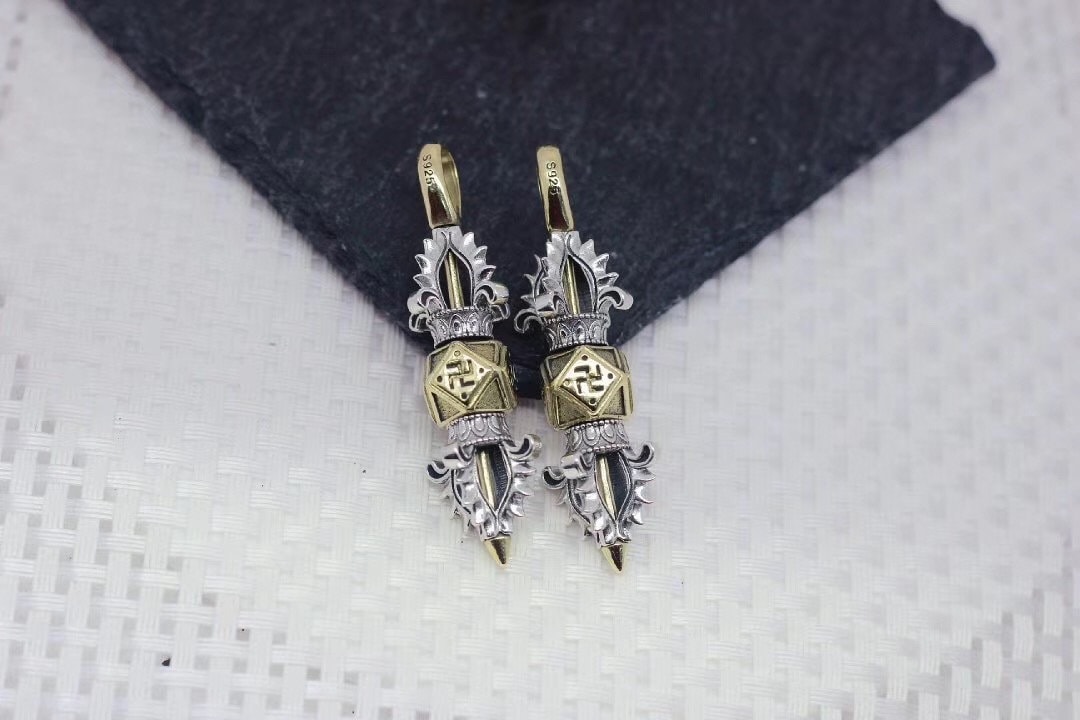 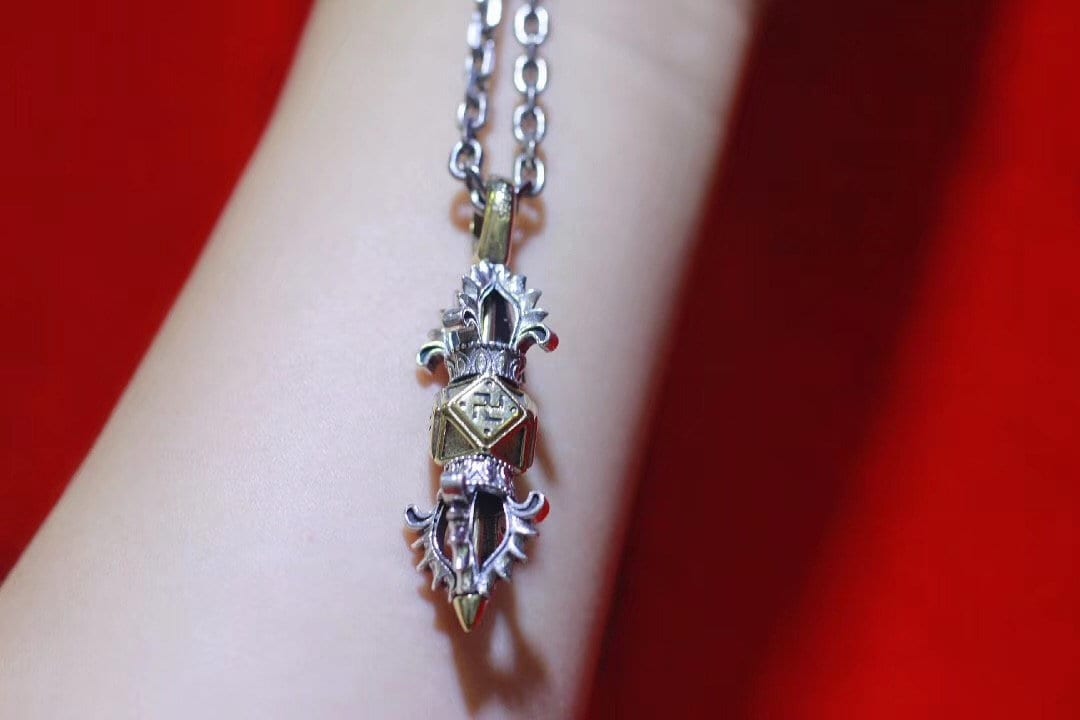 Turning pendant as shown in this video available by clicking on this link
https://www.facebook.com/dongmeietjeremyzhangguelle/videos/561781124403929/

the mirror-like wisdom, which means that the awakened mind, just like a perfectly polished shimmy, clearly reflects all things, possesses the ability to know everything, without any confusion.

the wisdom of equality, which recognizes that all the phenomena of samsara (me ordinary world) and of Nirvana (the pure fields or paradise of the Buddhas) are of an equal nature in the sense that they are of a unique essence: the vacuity

the wisdom of the distinction, which connotes that the awakened mind perceives not only the emptiness of all phenomena (what the wisdom of equality does) but also, in a simultaneity without confusion, all phenomena as they manifest themselves;