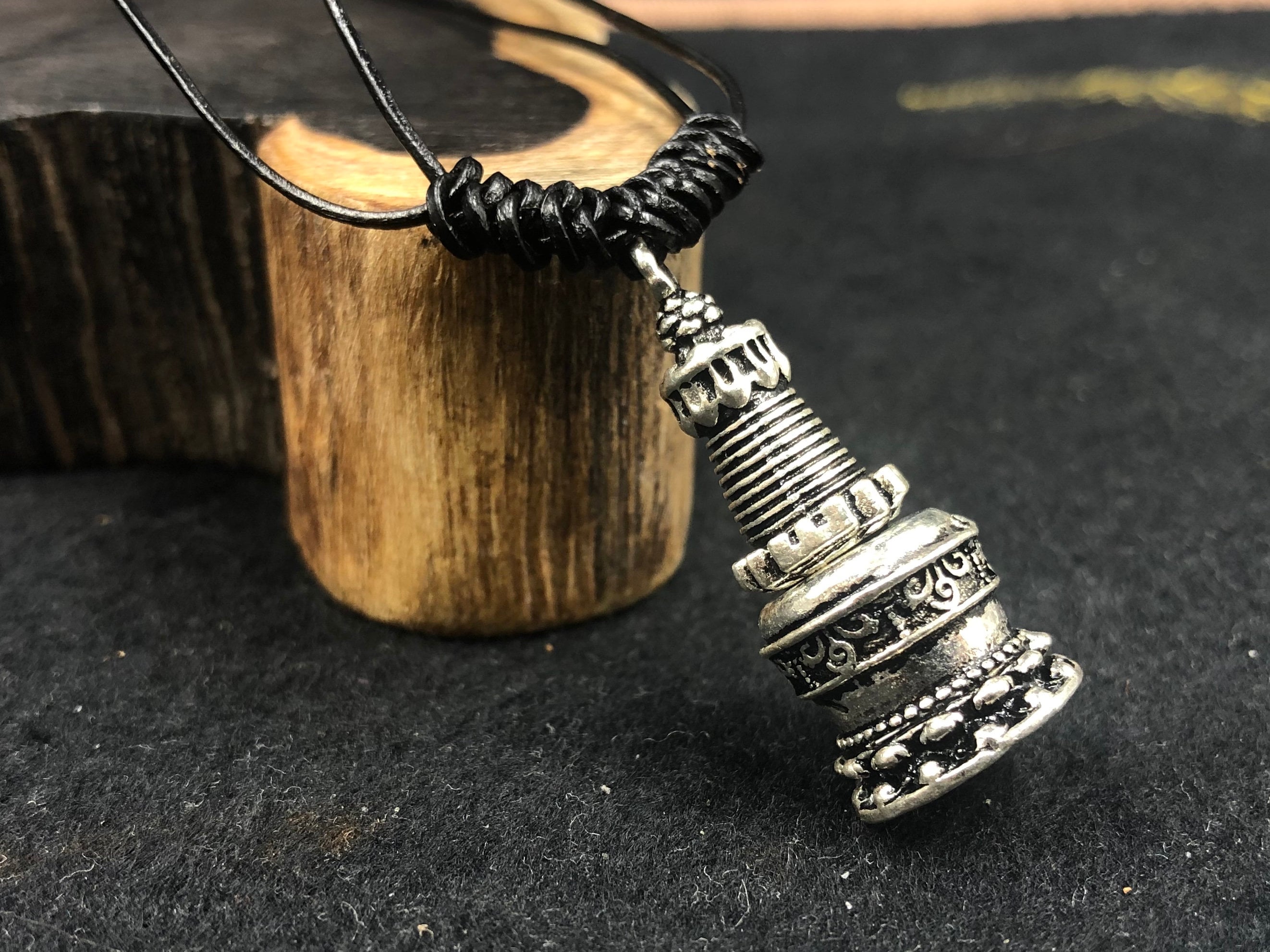 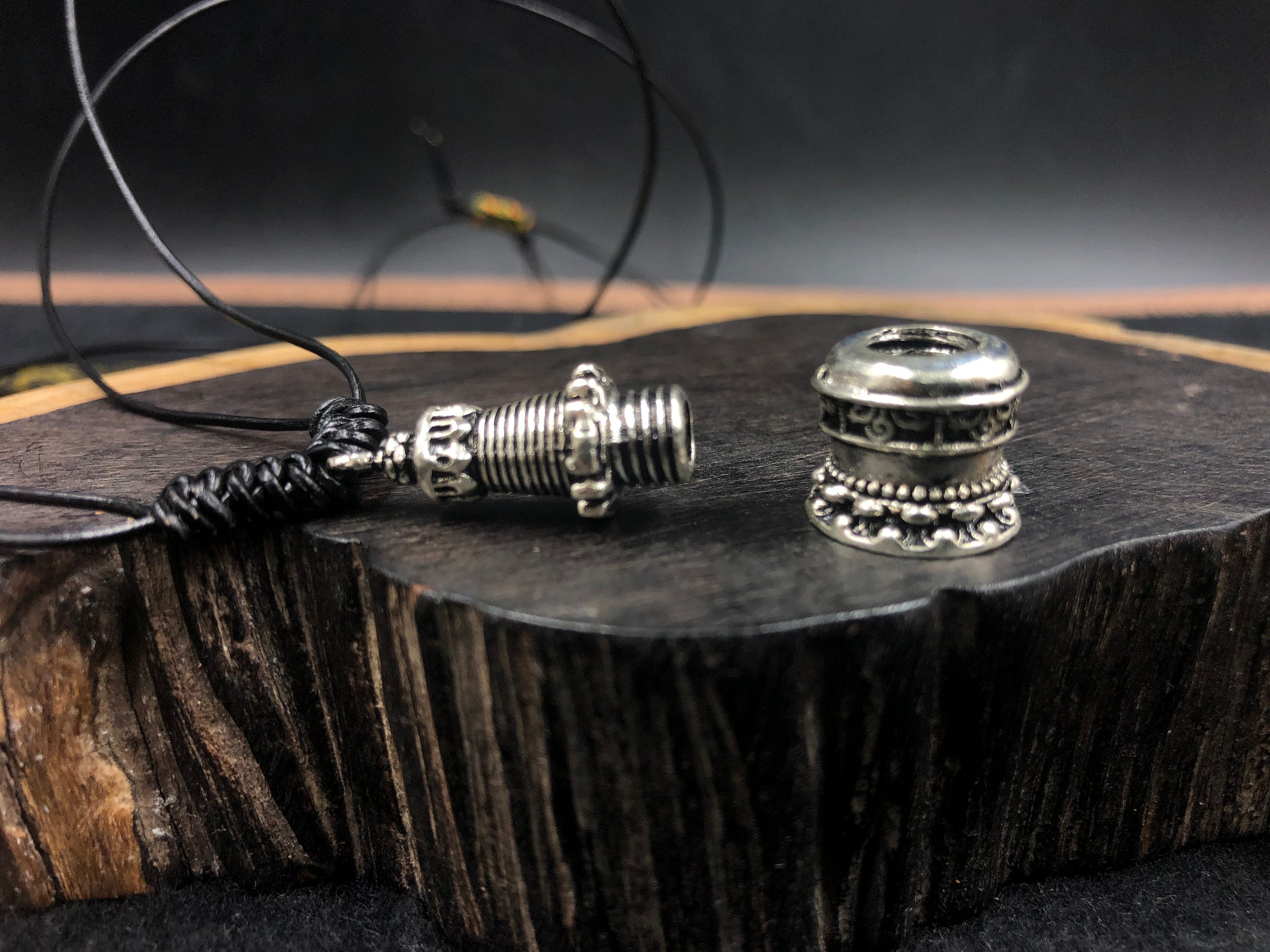 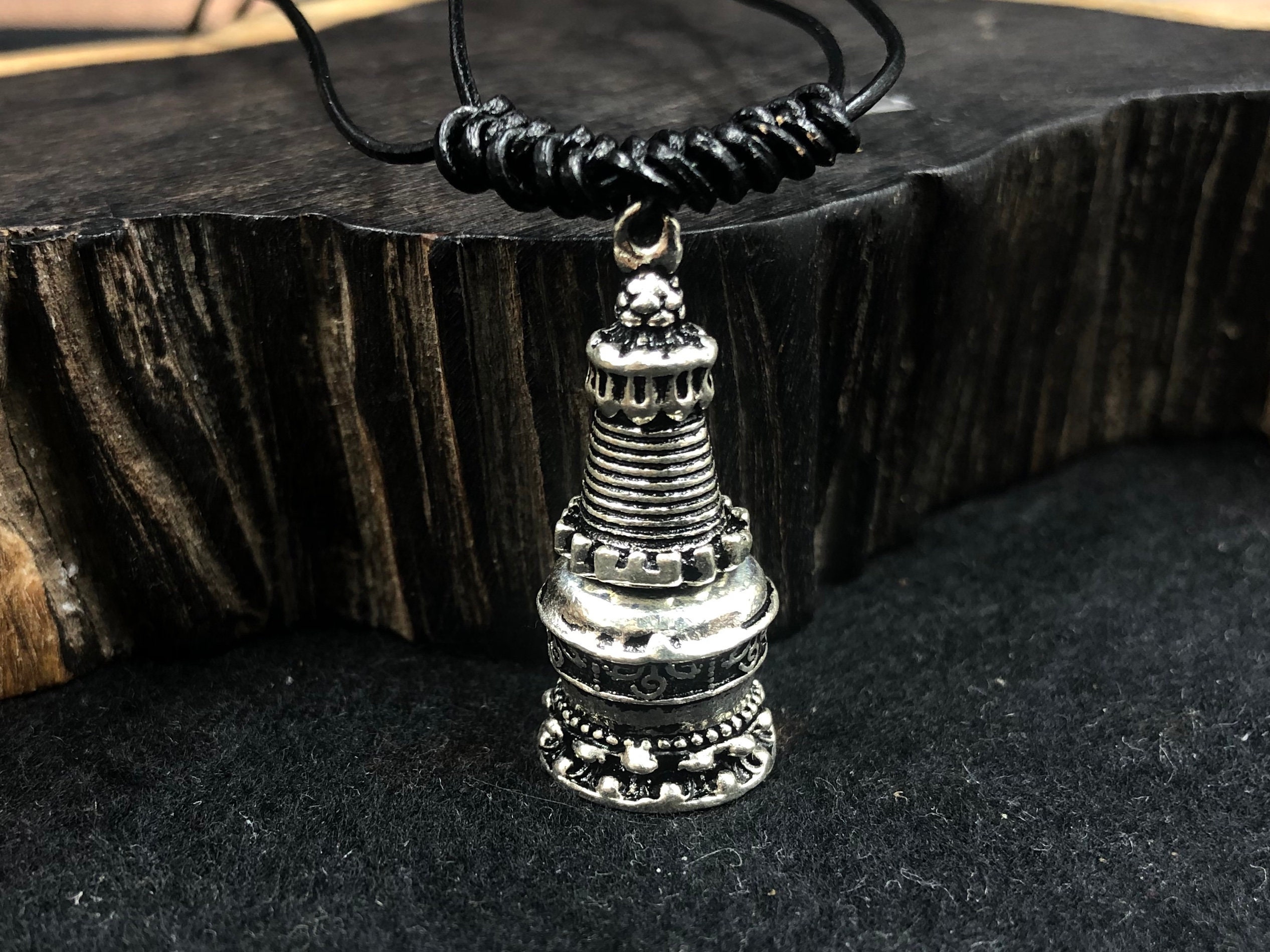 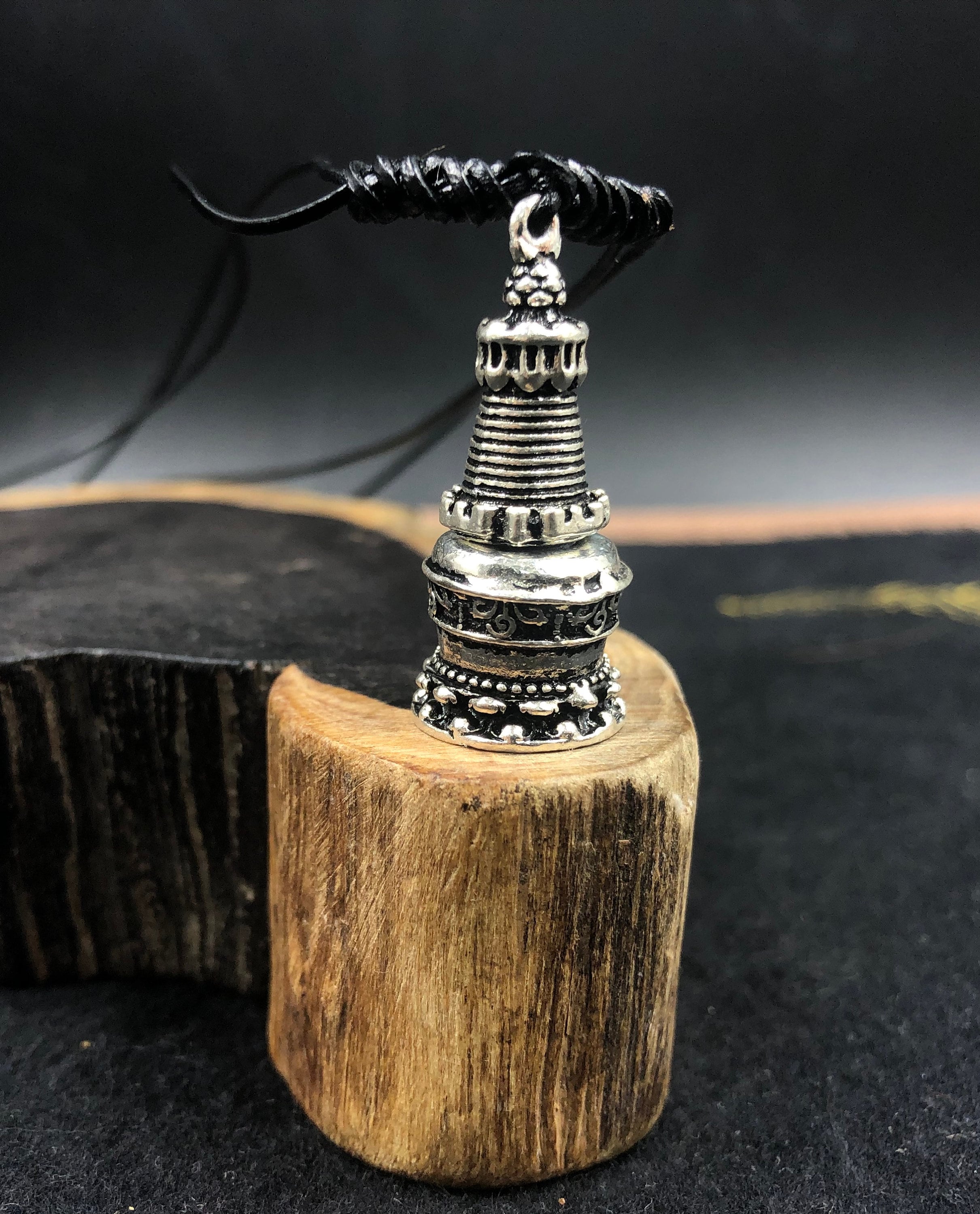 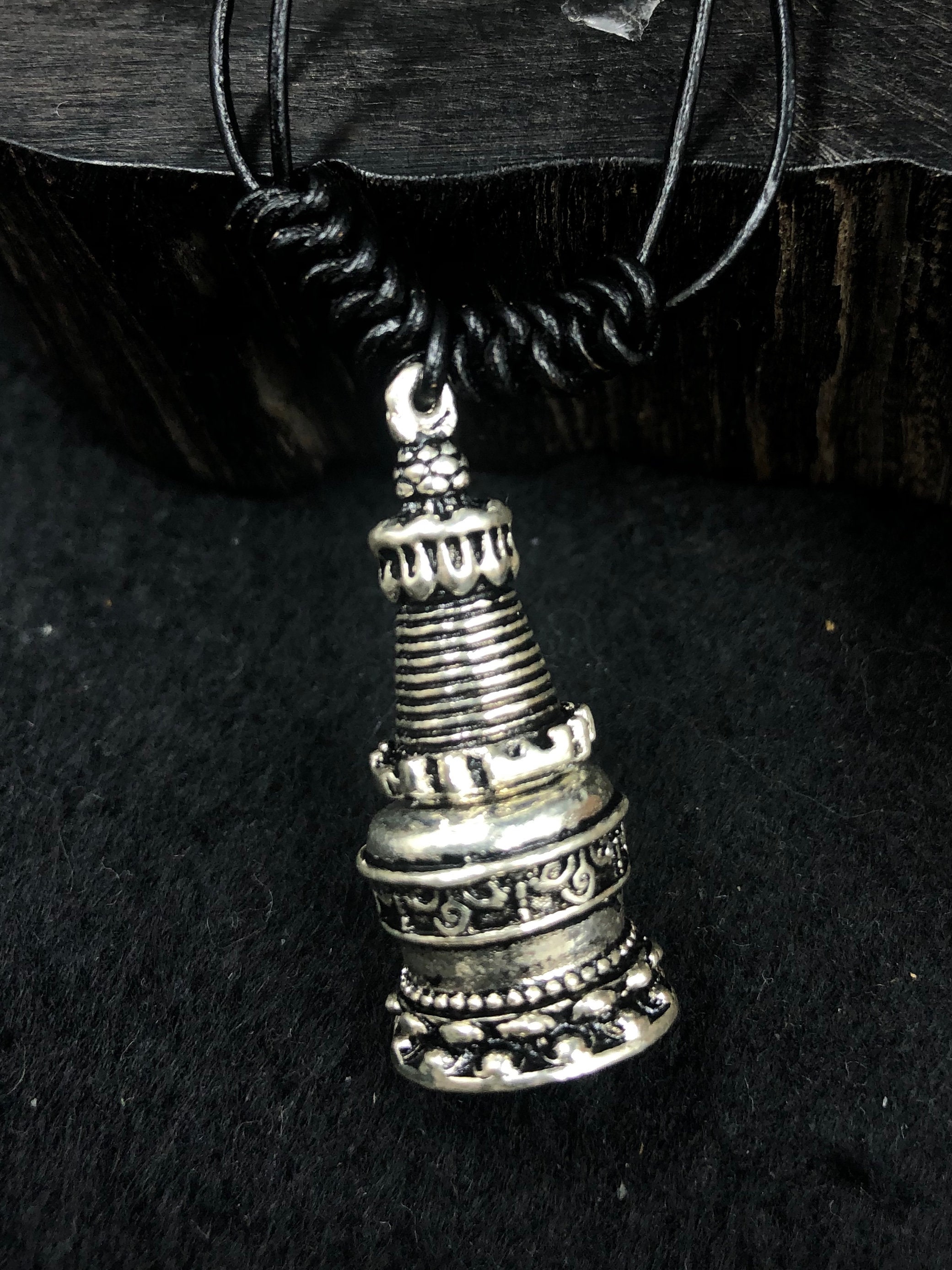 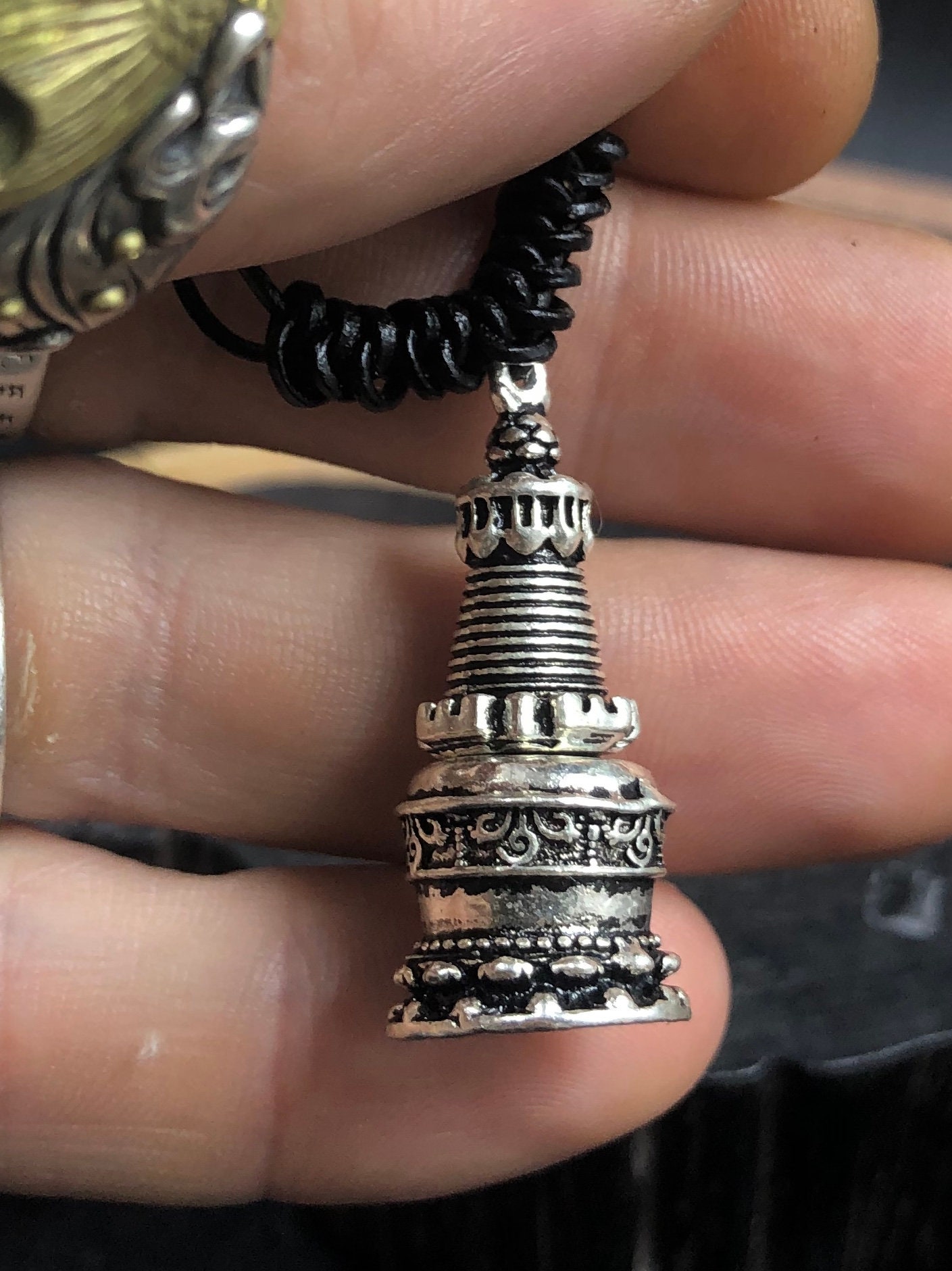 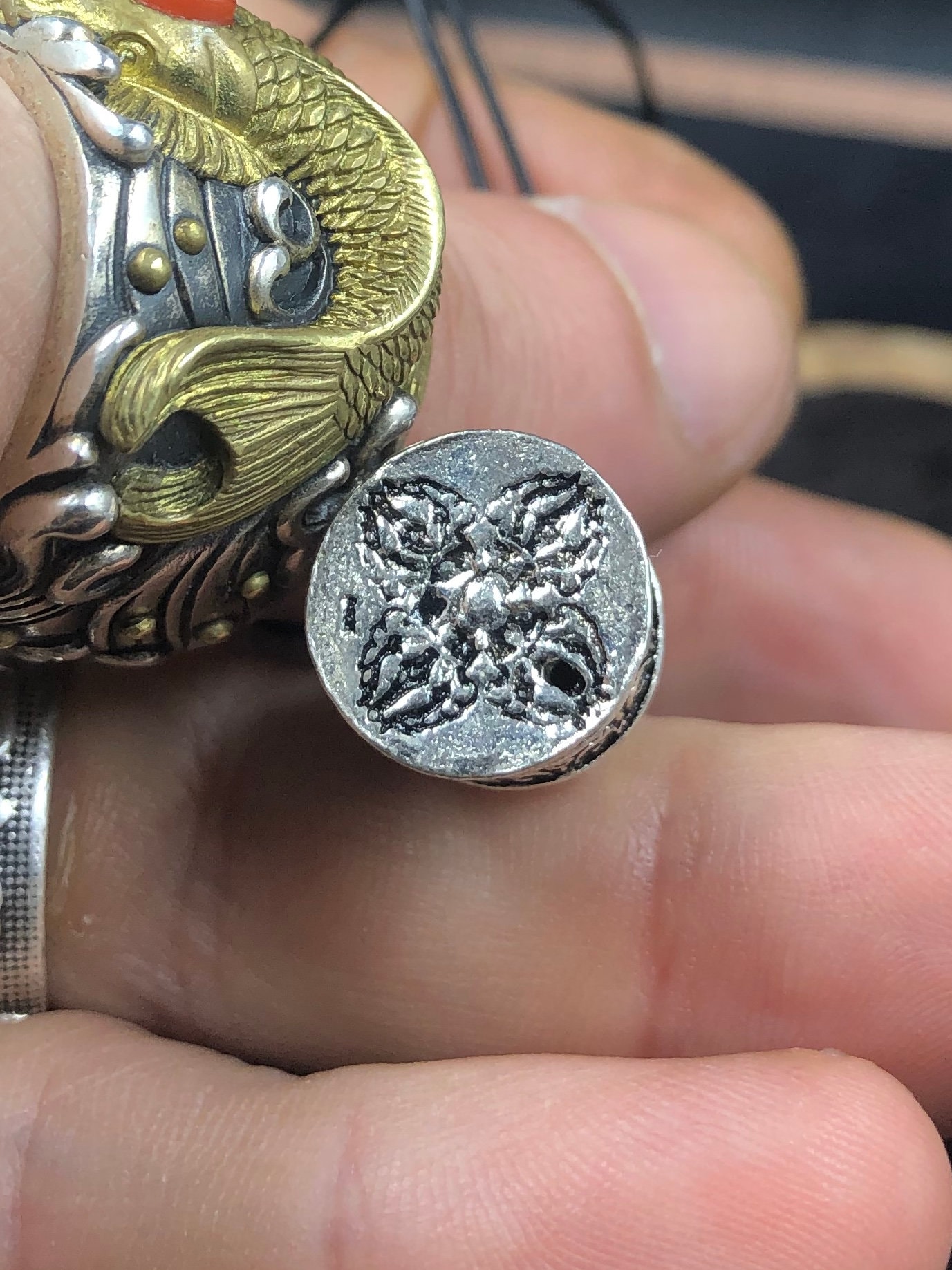 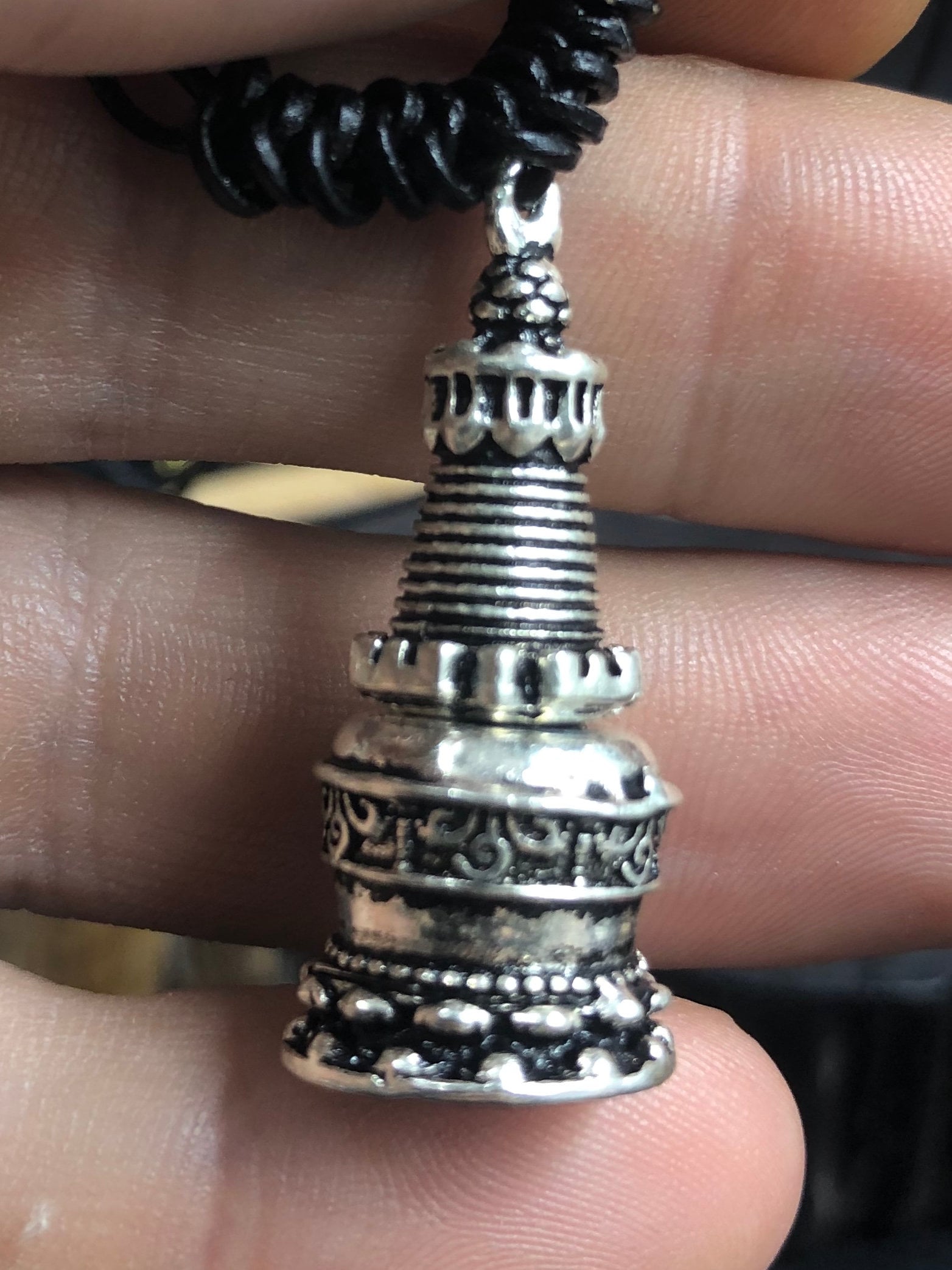 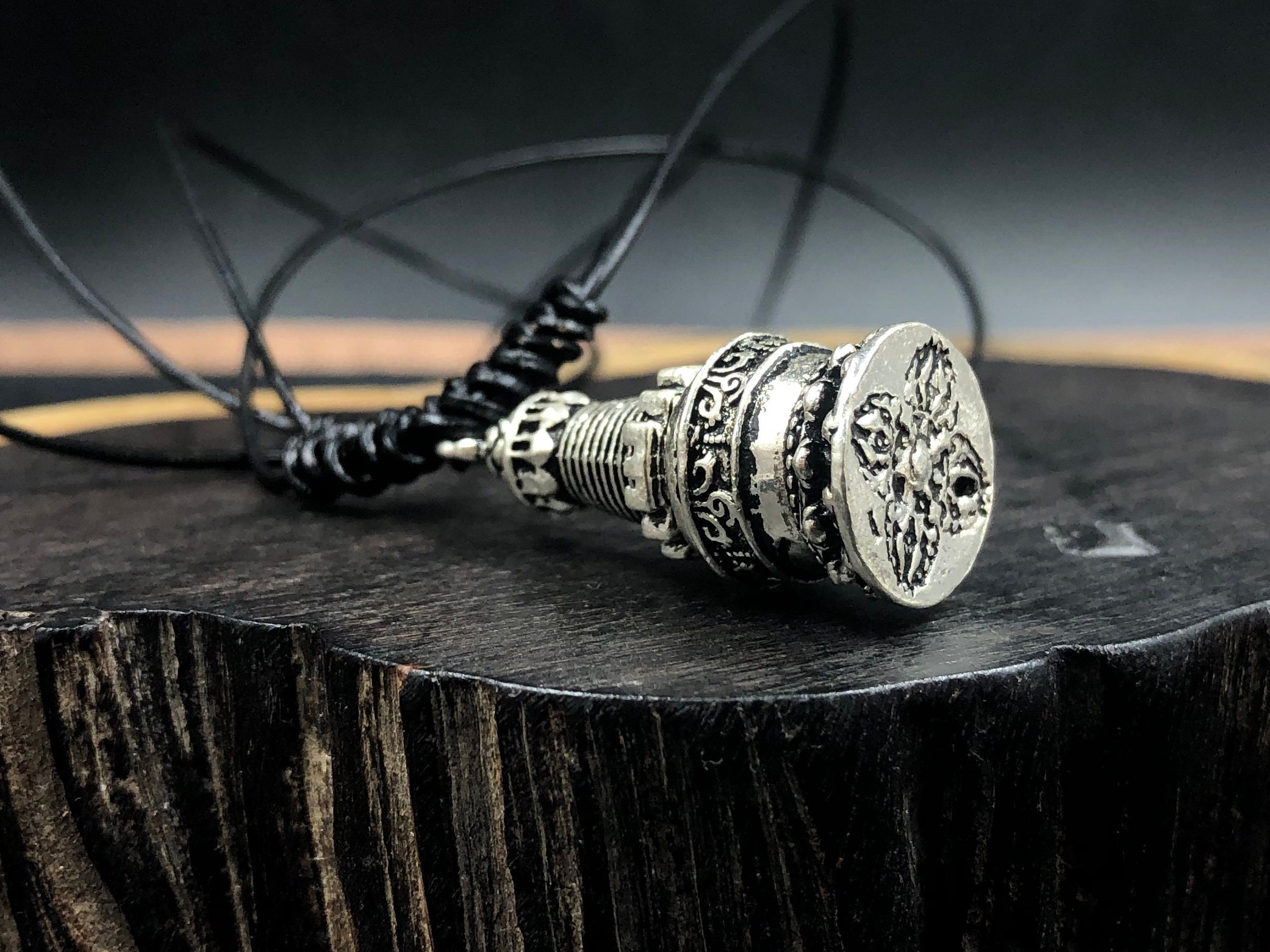 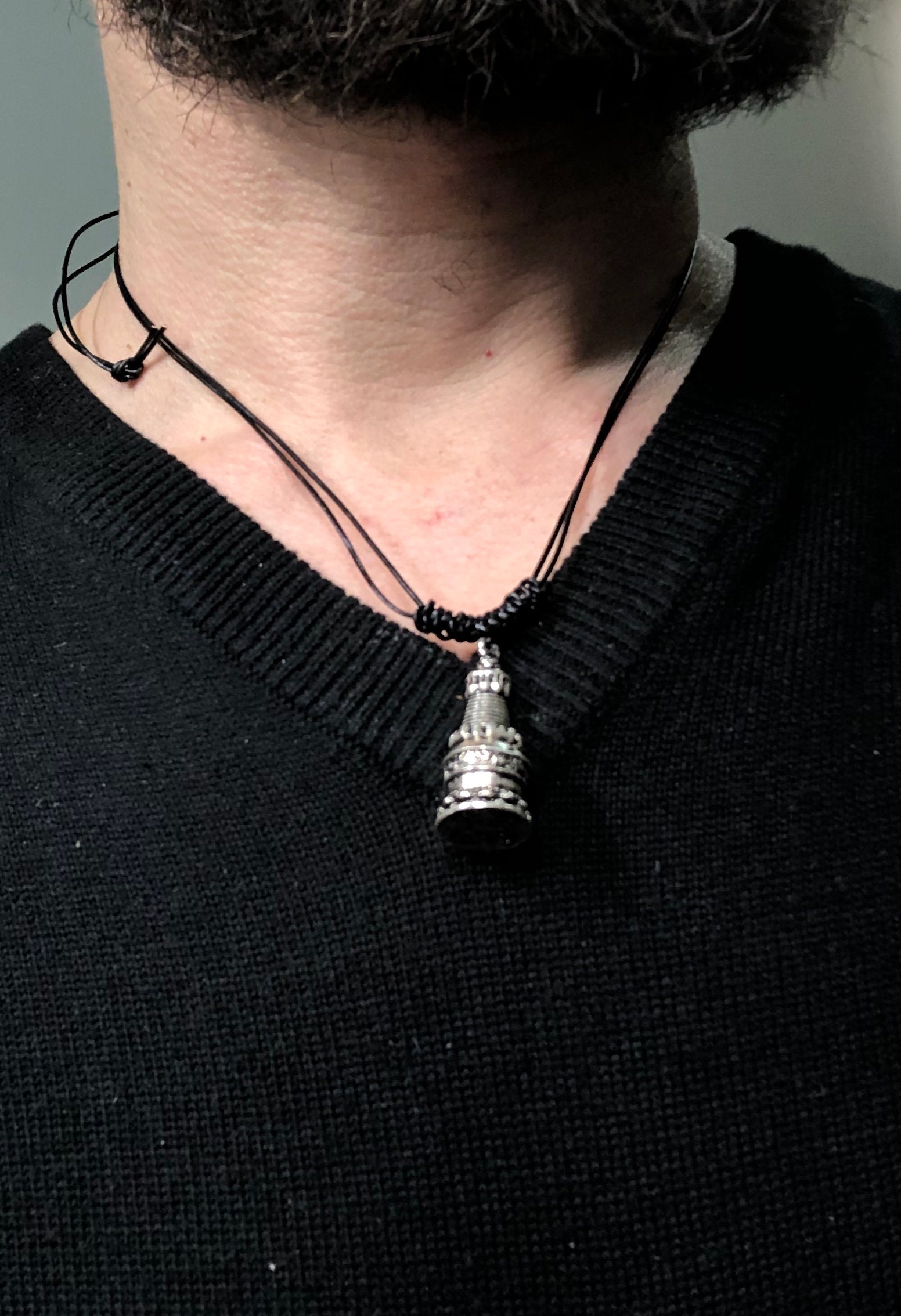 Mounts on a reglable leather cord thanks to a sliding knot, has all sizes.
"The Great Mantra of the Great Compassion
penetrates the sky and the earth
One hundred recitations for a thousand days
Make the ten kings rejoice
His great compassion and kindness
Heal all disease
And then an ad is projected from the top
From a screen of fault."