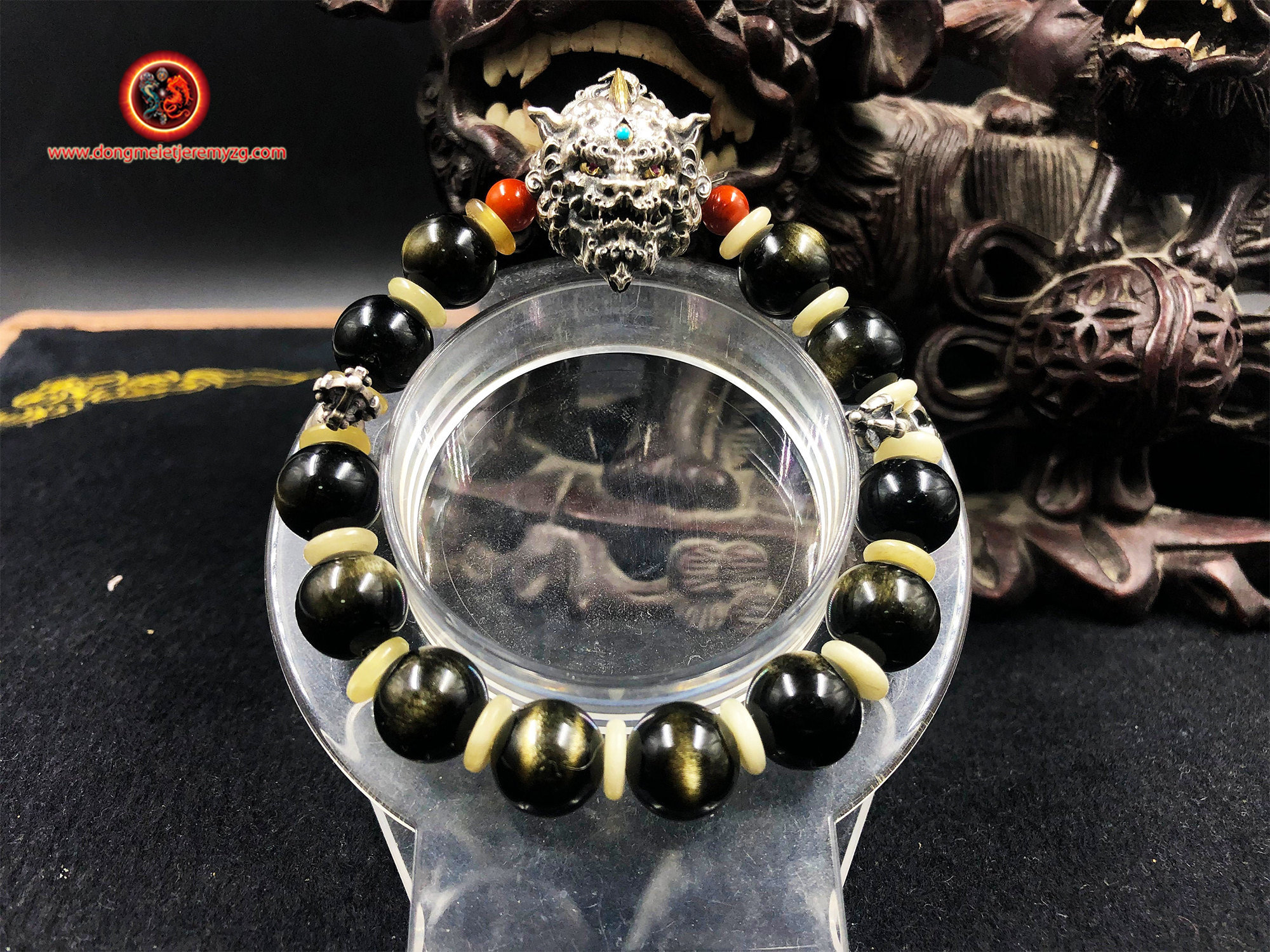 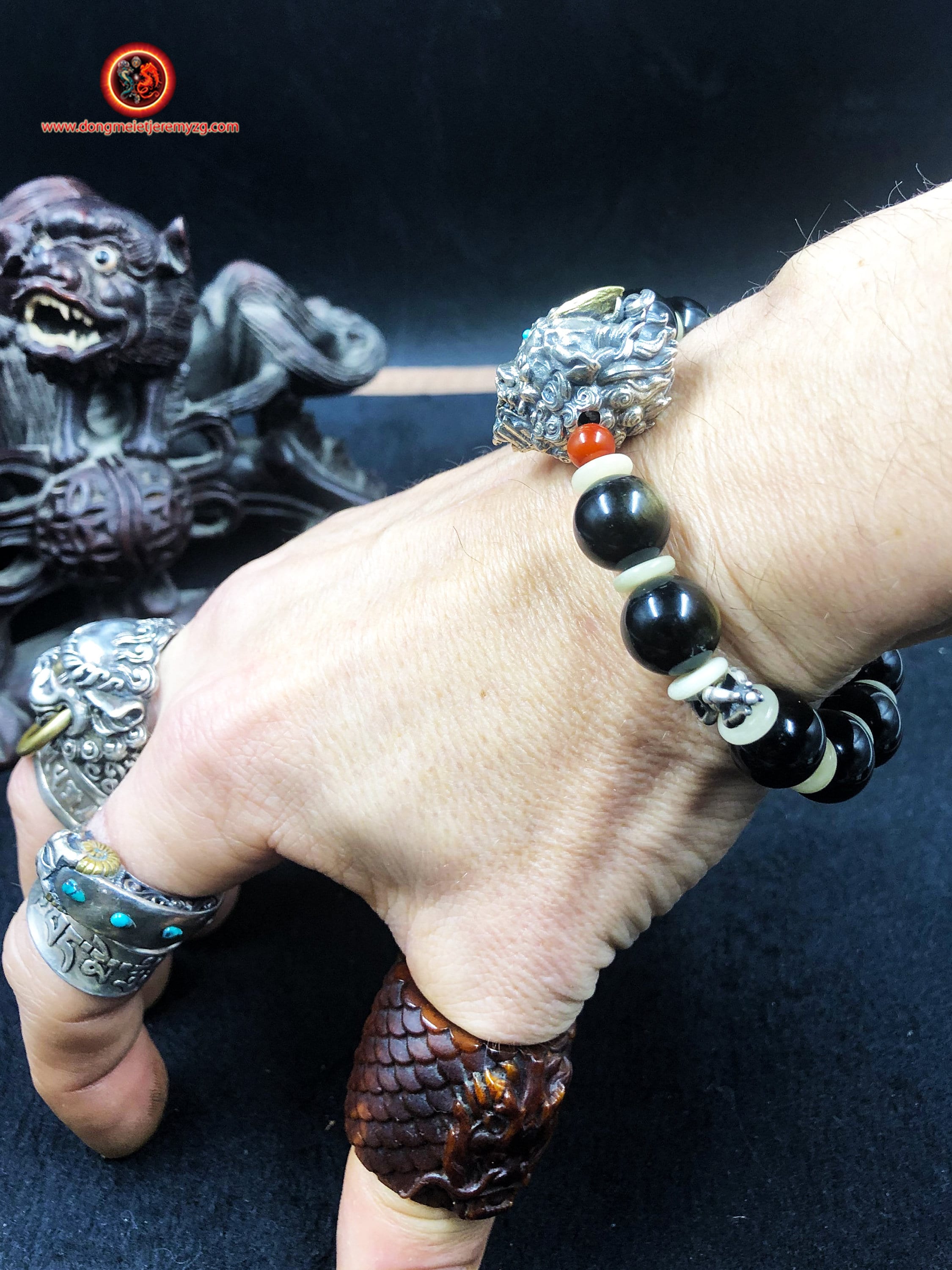 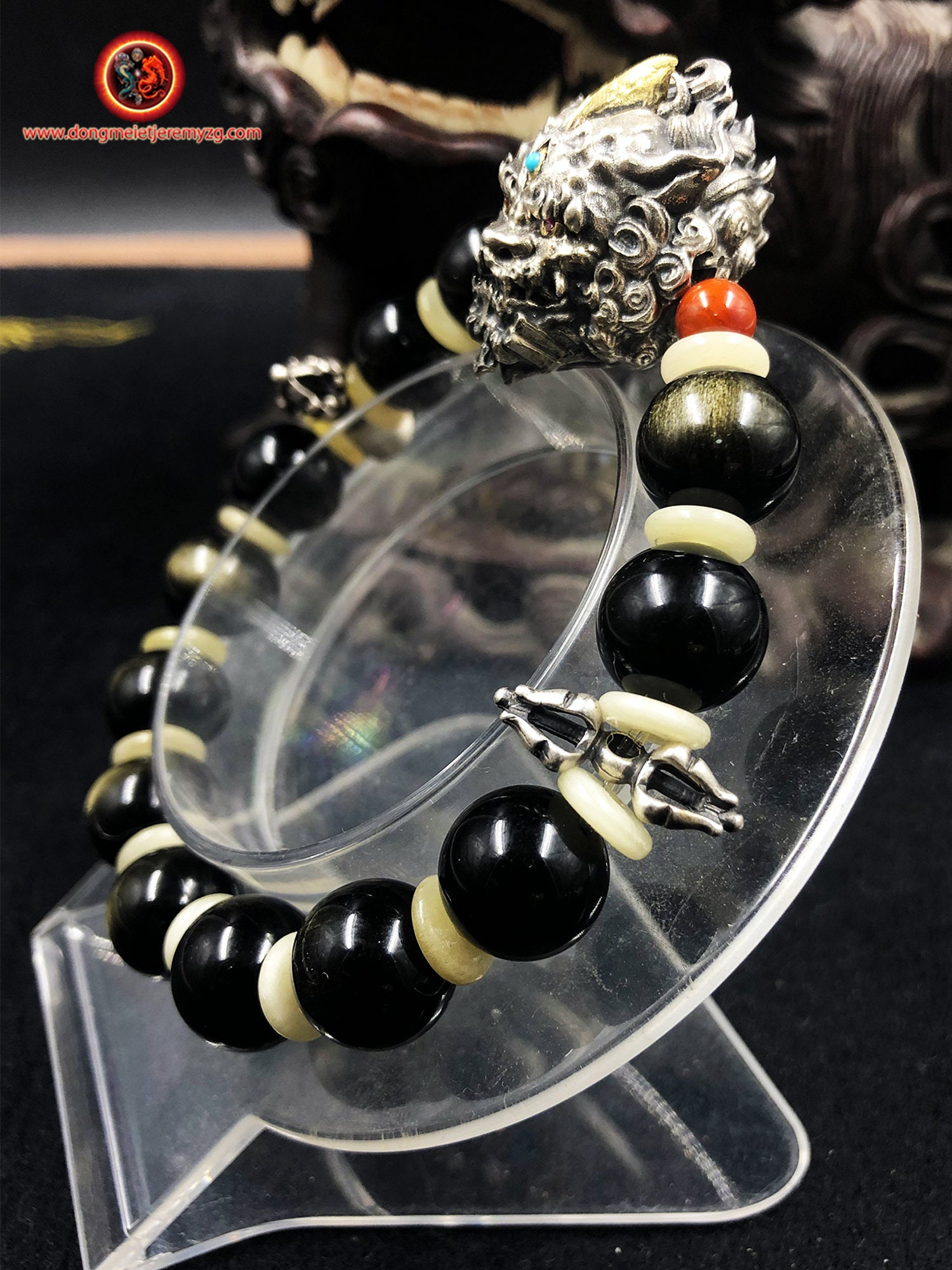 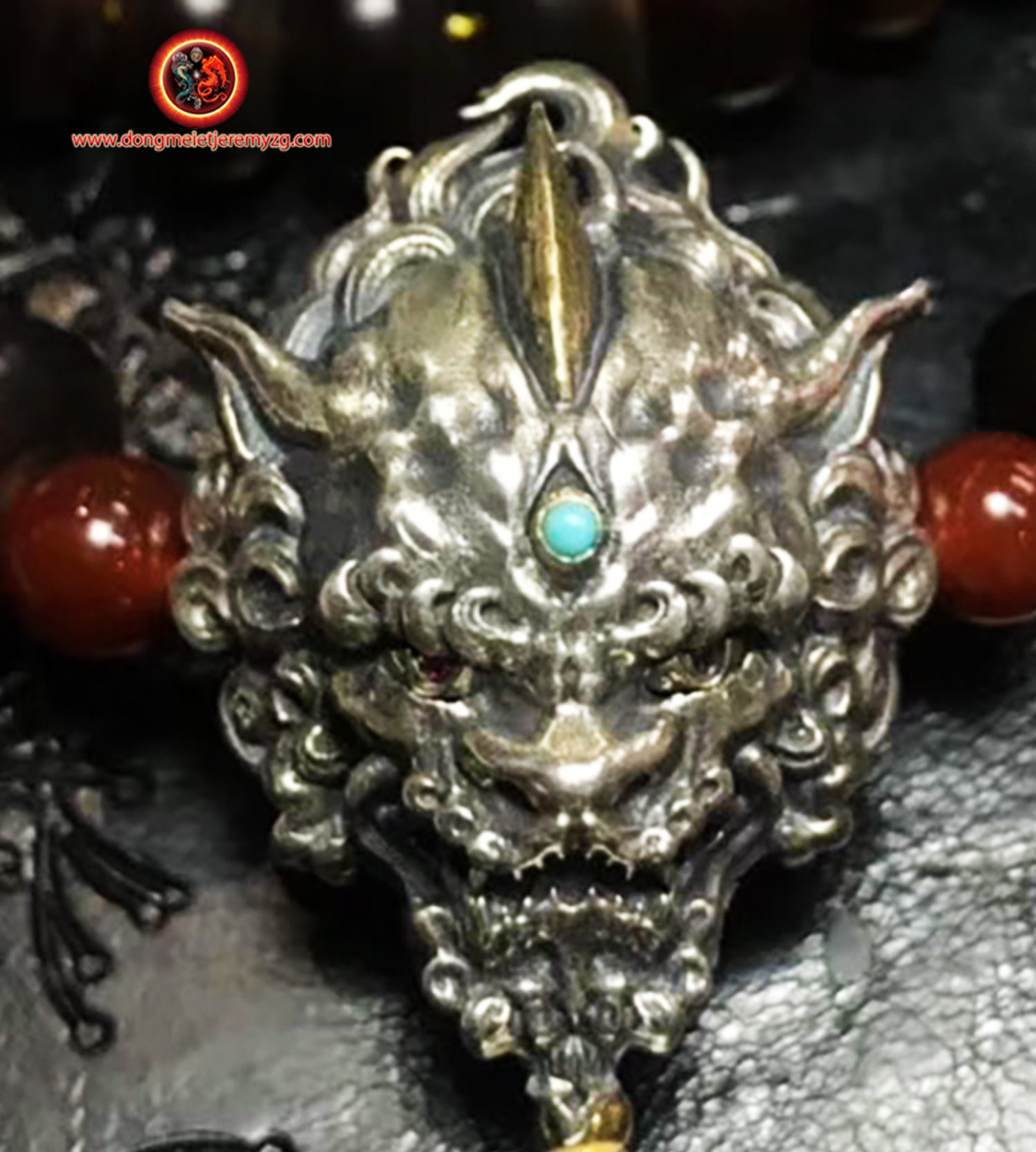 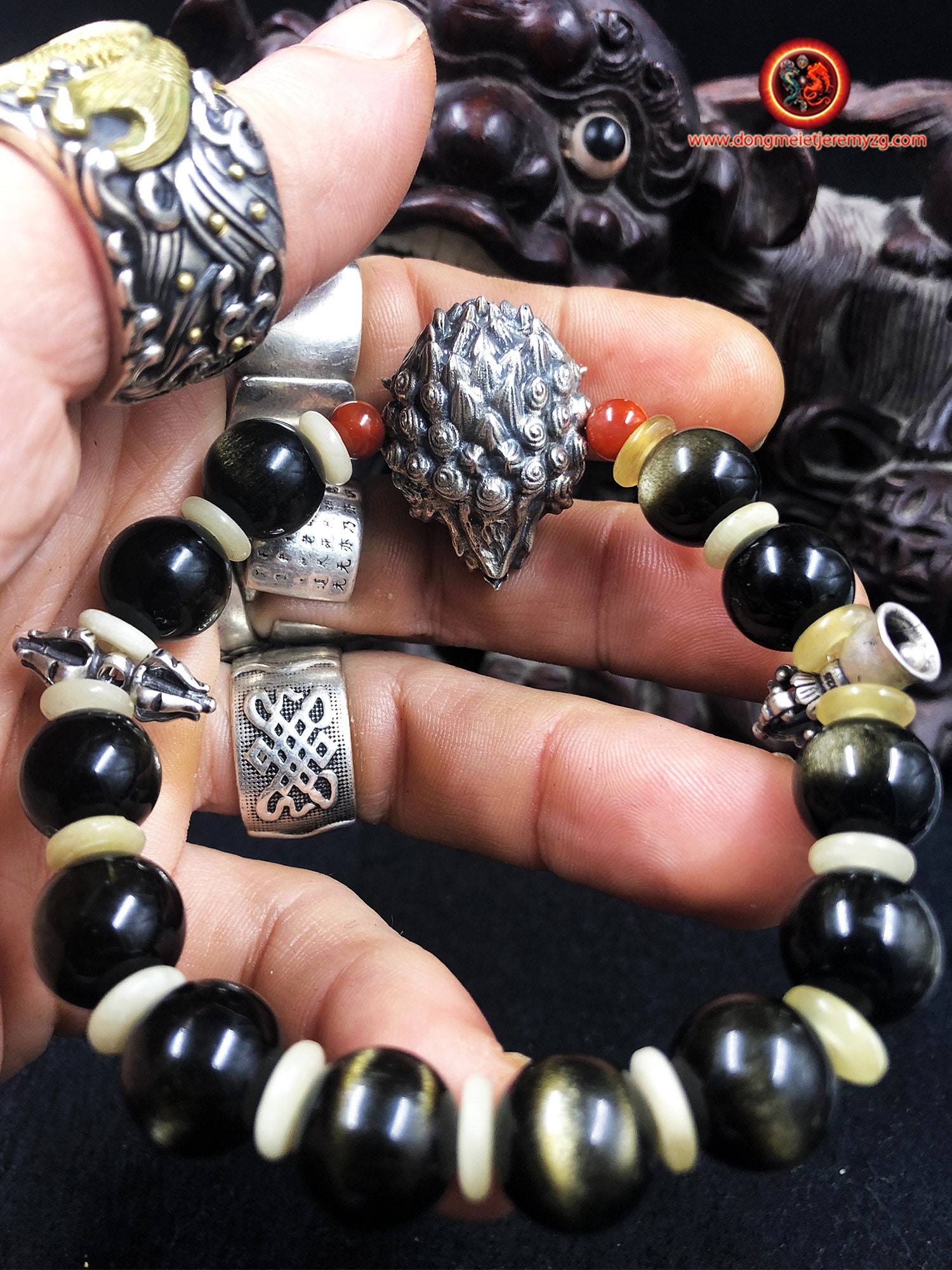 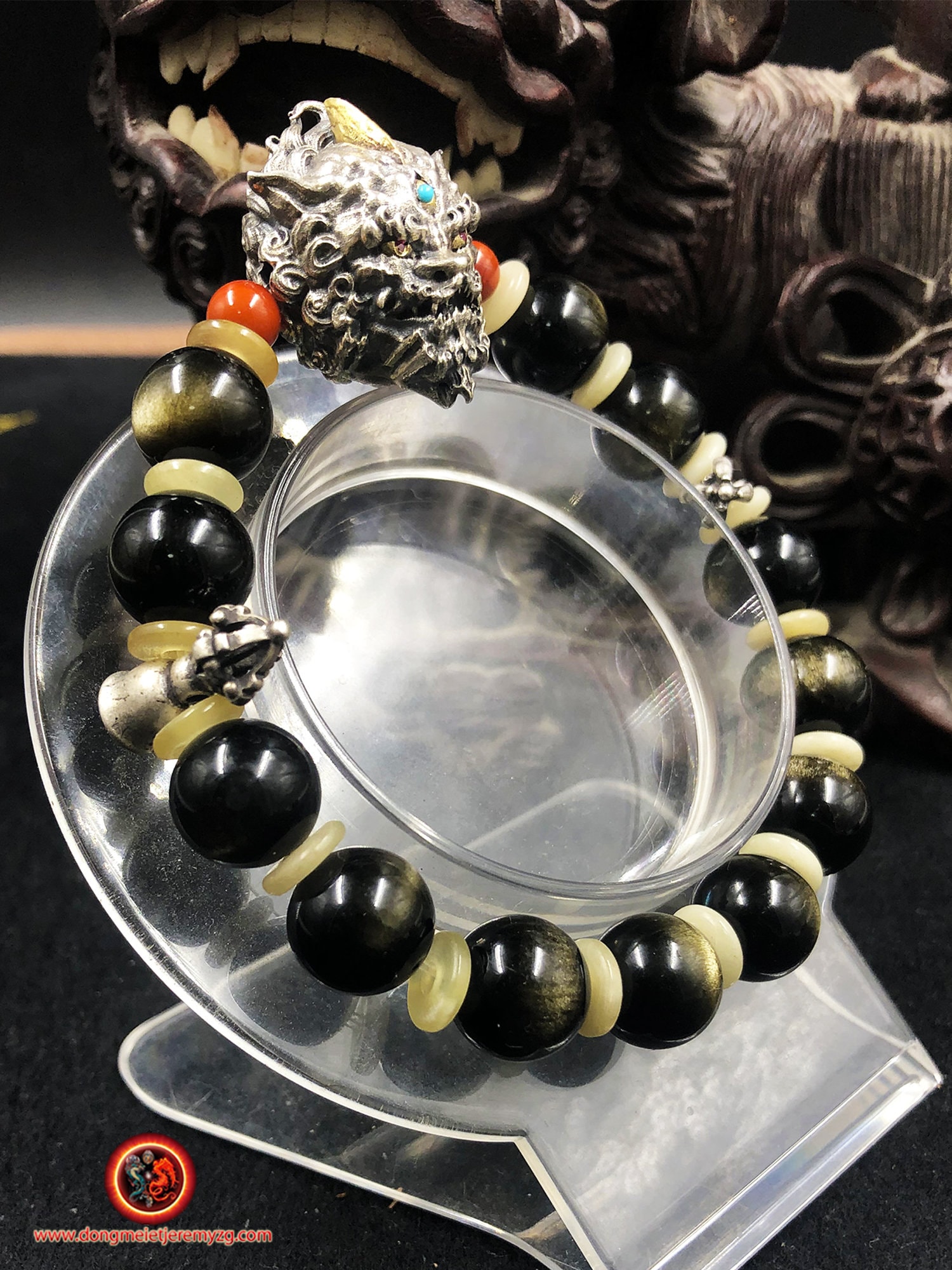 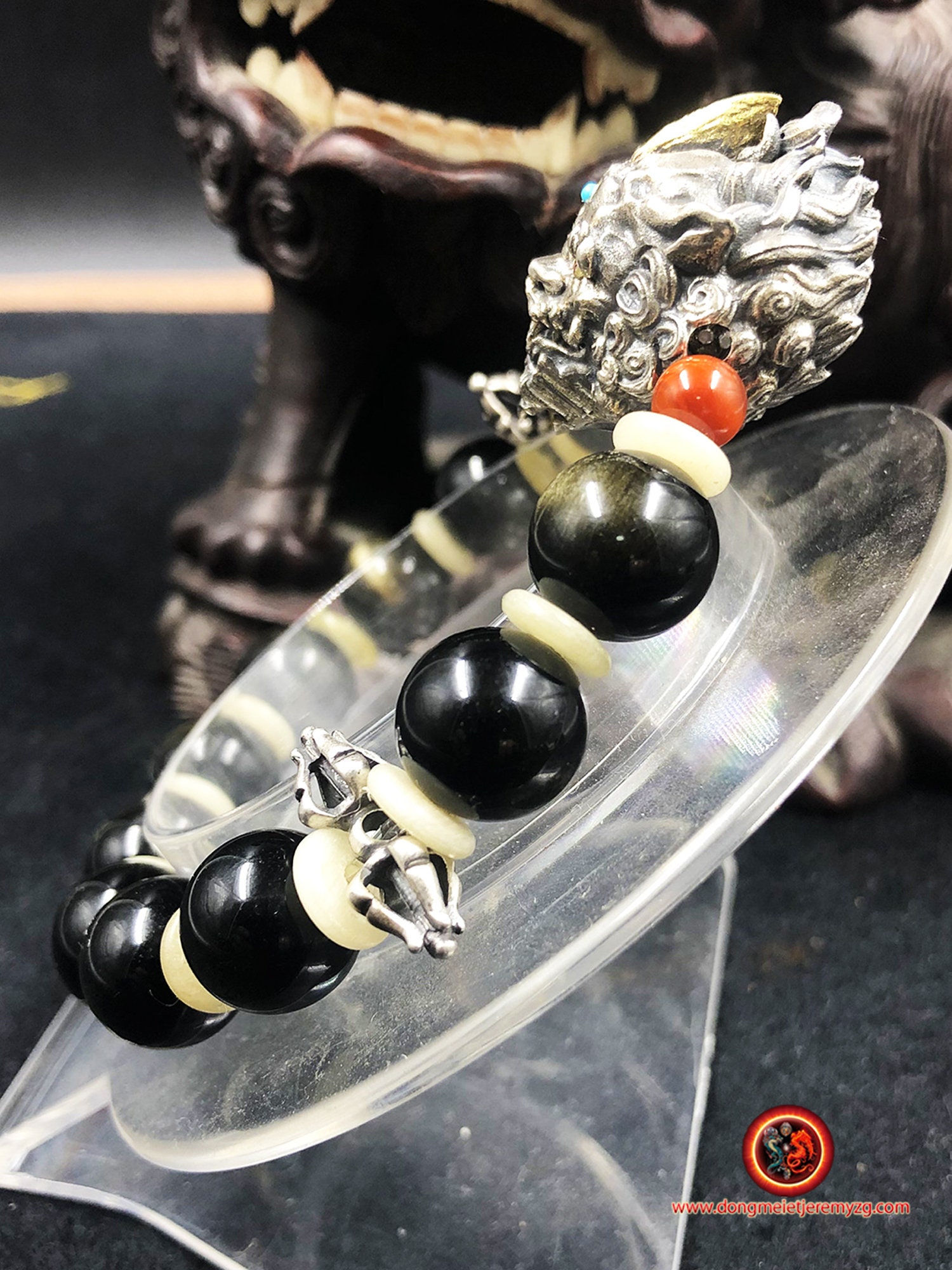 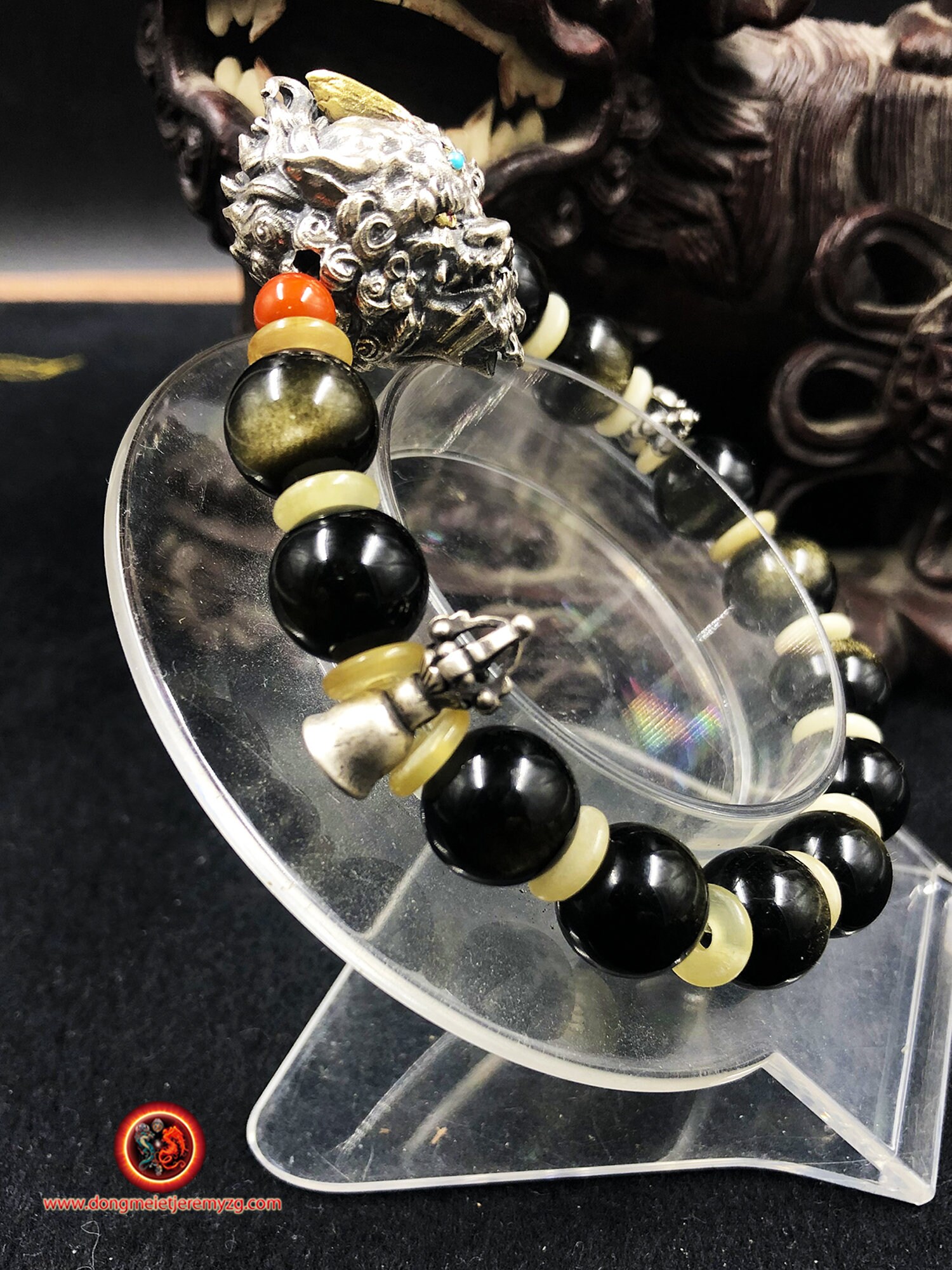 Fengshui protective bracelet, Pixiu 5th son of the dragon.
obsidian doree has cat eye effect,
silver 925,
Turquoise
nan hong,
Ruby
Bone
All our stones are expertised and analyzed by us

Obdsidian doree has Mexican cat eye effect
Our article on obsidian, training, geology, history, use, counterfeits and use in lithotherapie on our blog has this address
https://www.dongmeietjeremyzg.com/post/531739014446/obsidienne-formation-histoire-gisements

Dorje and vajra explains on our article about them on our blog via this link
https://www.dongmeietjeremyzg.com/post/613035998585/symbolisme-du-vajra-tib-dorje-et-de-la