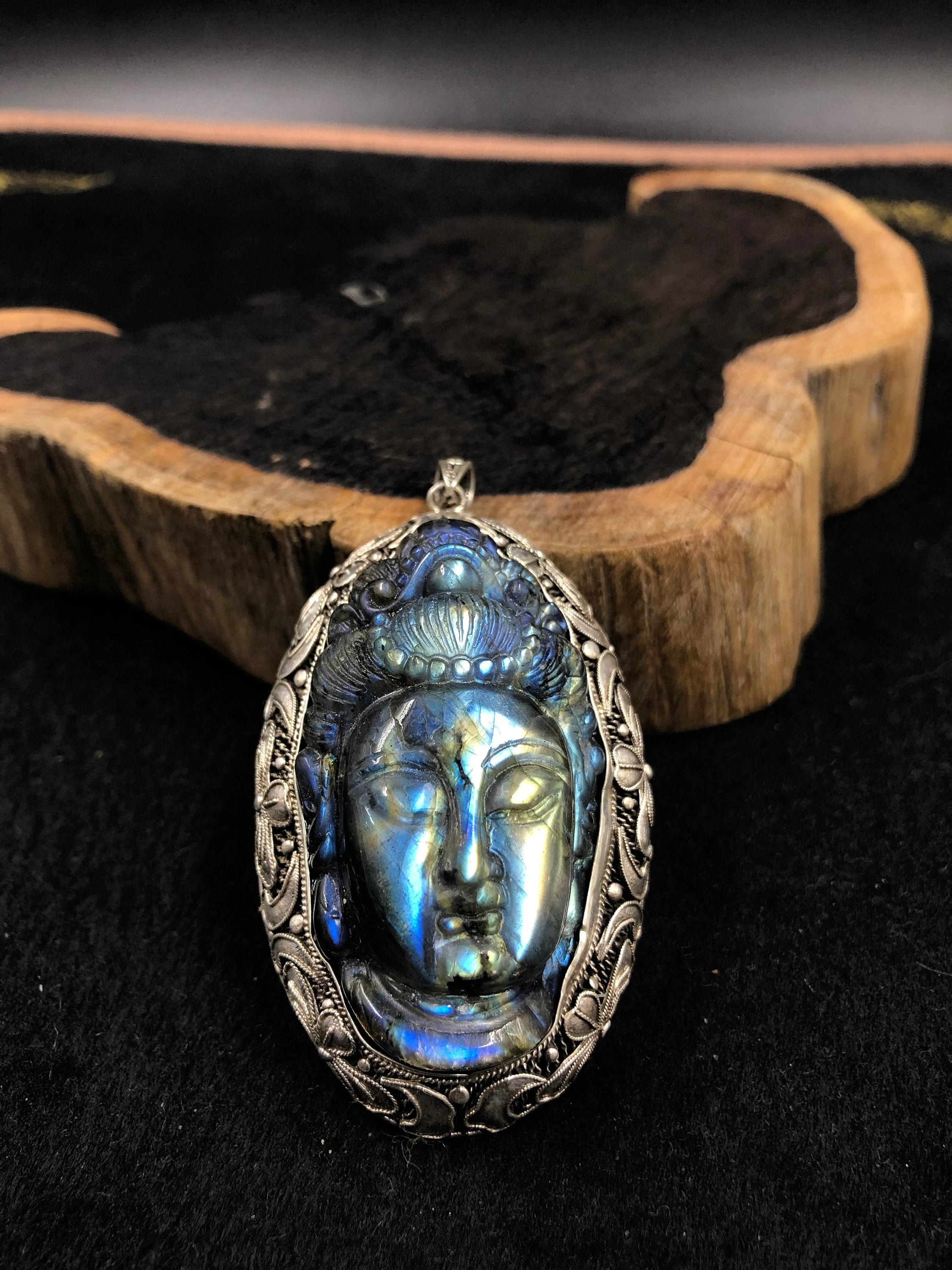 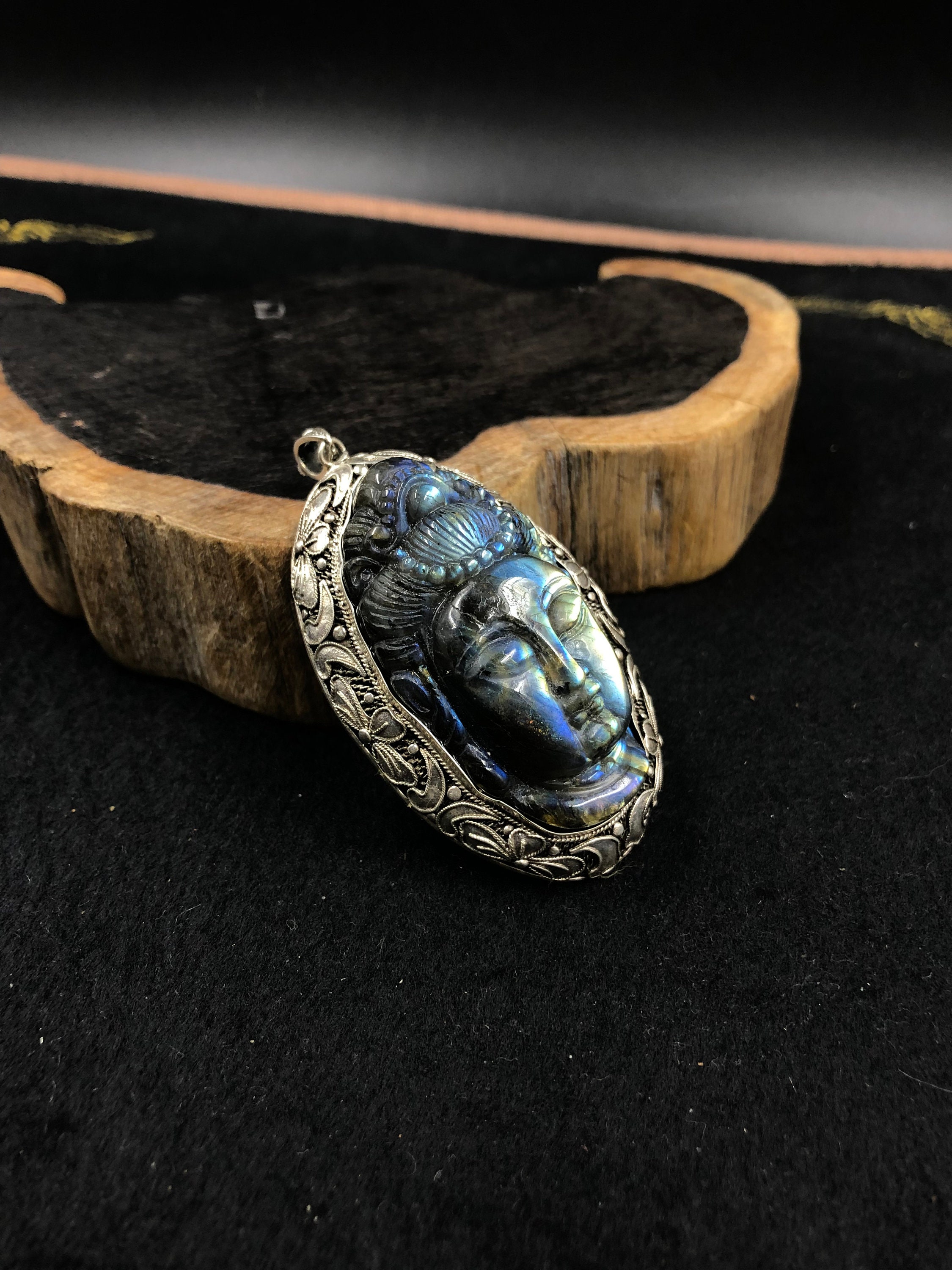 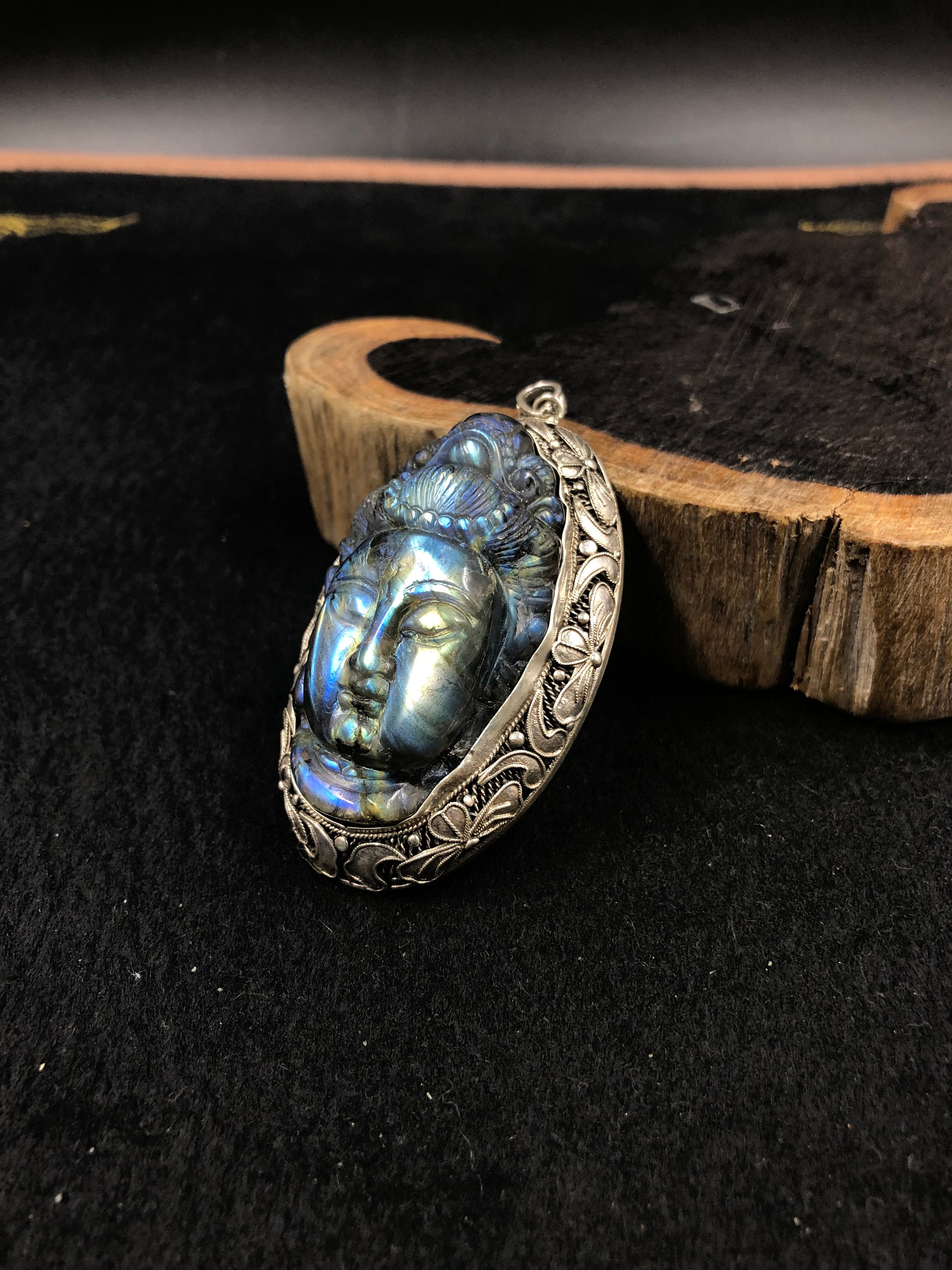 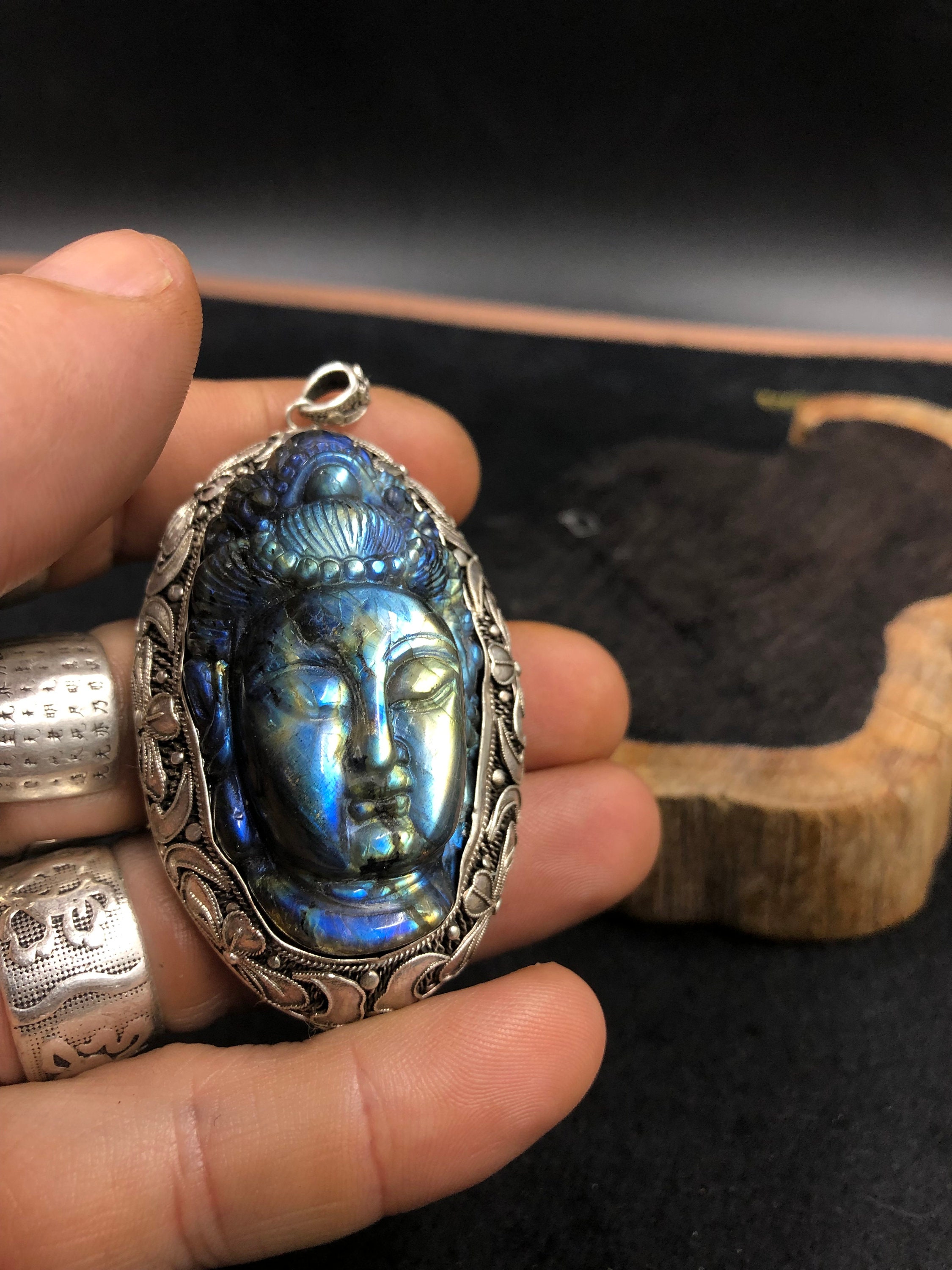 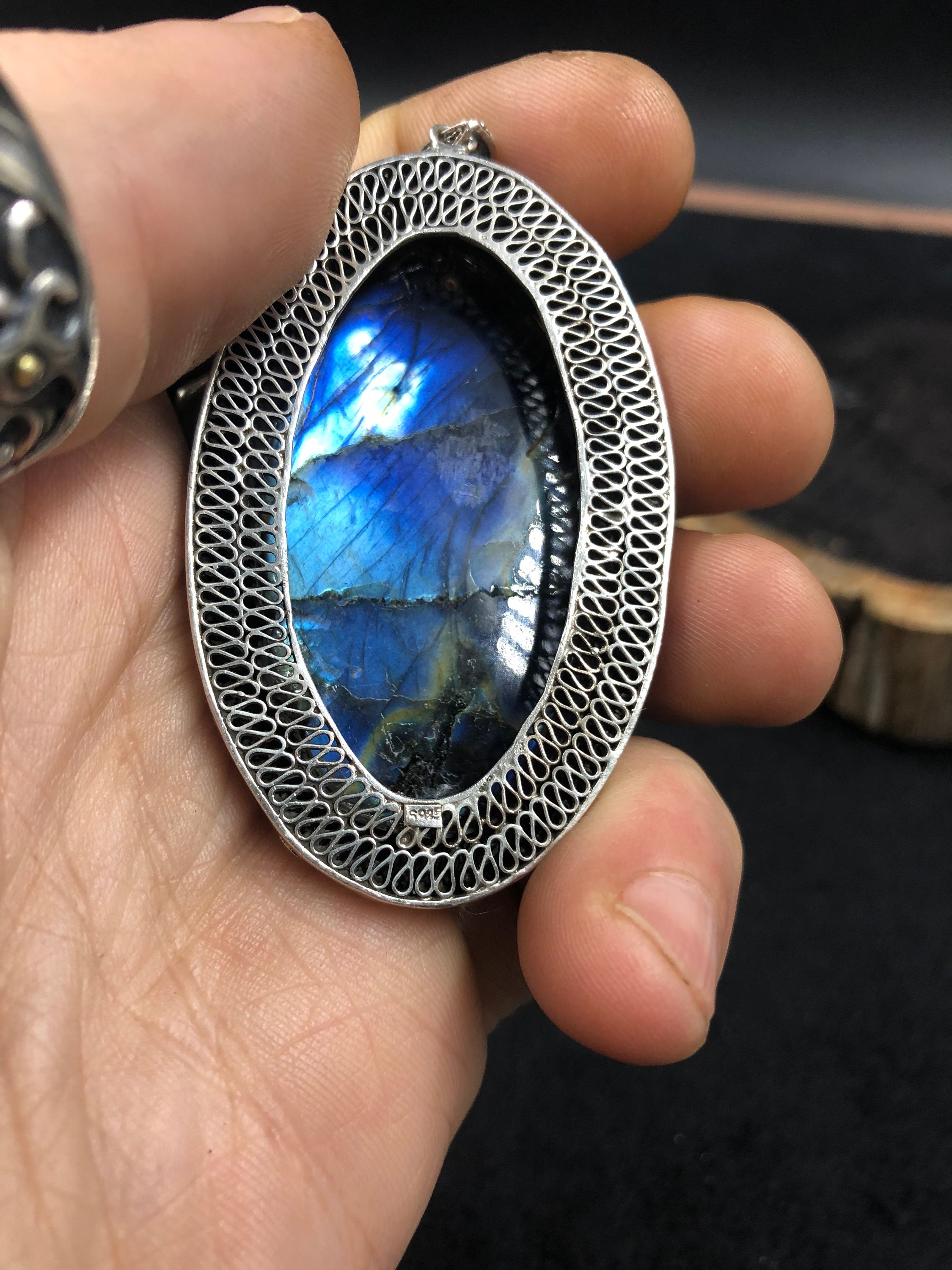 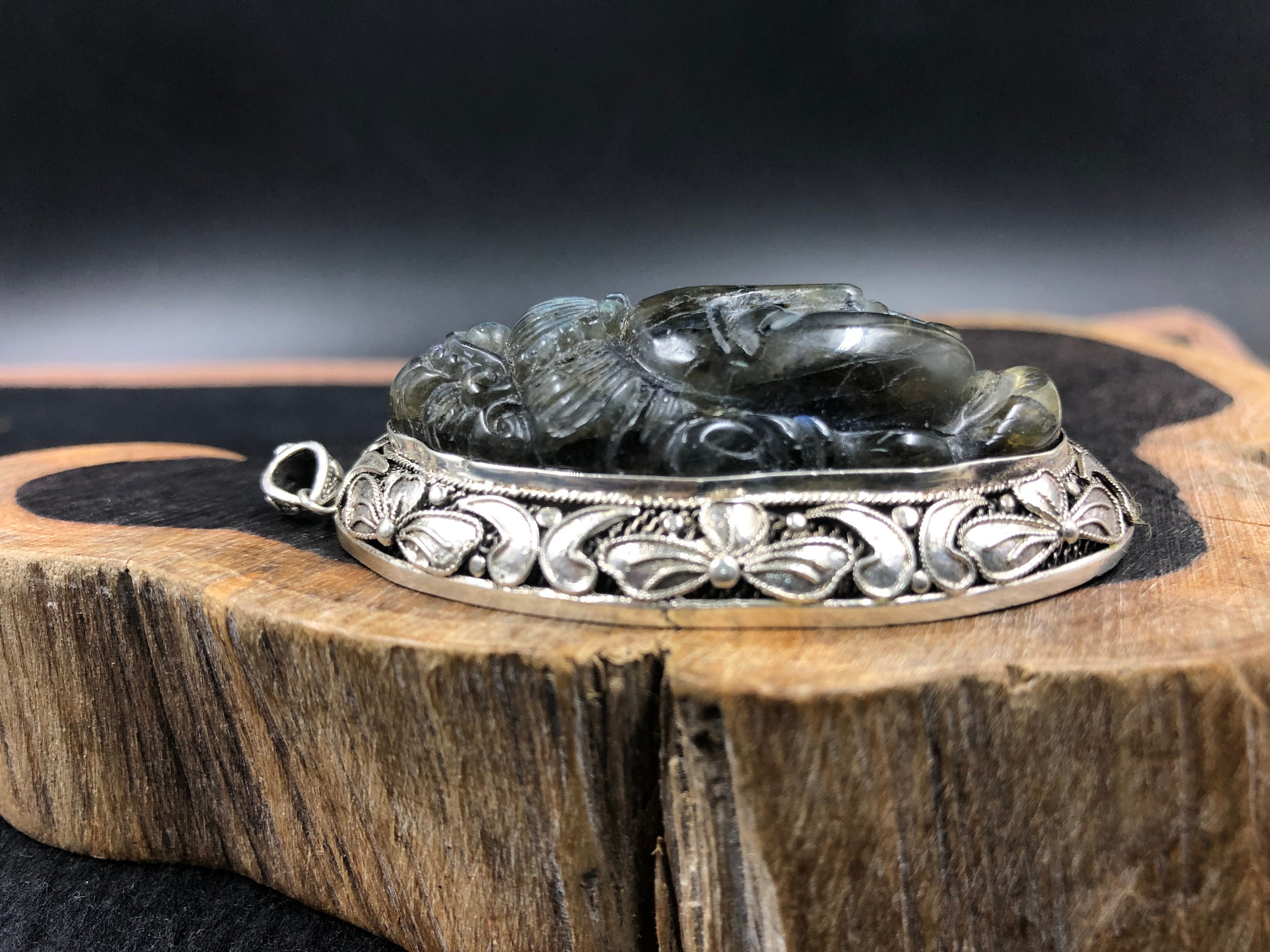 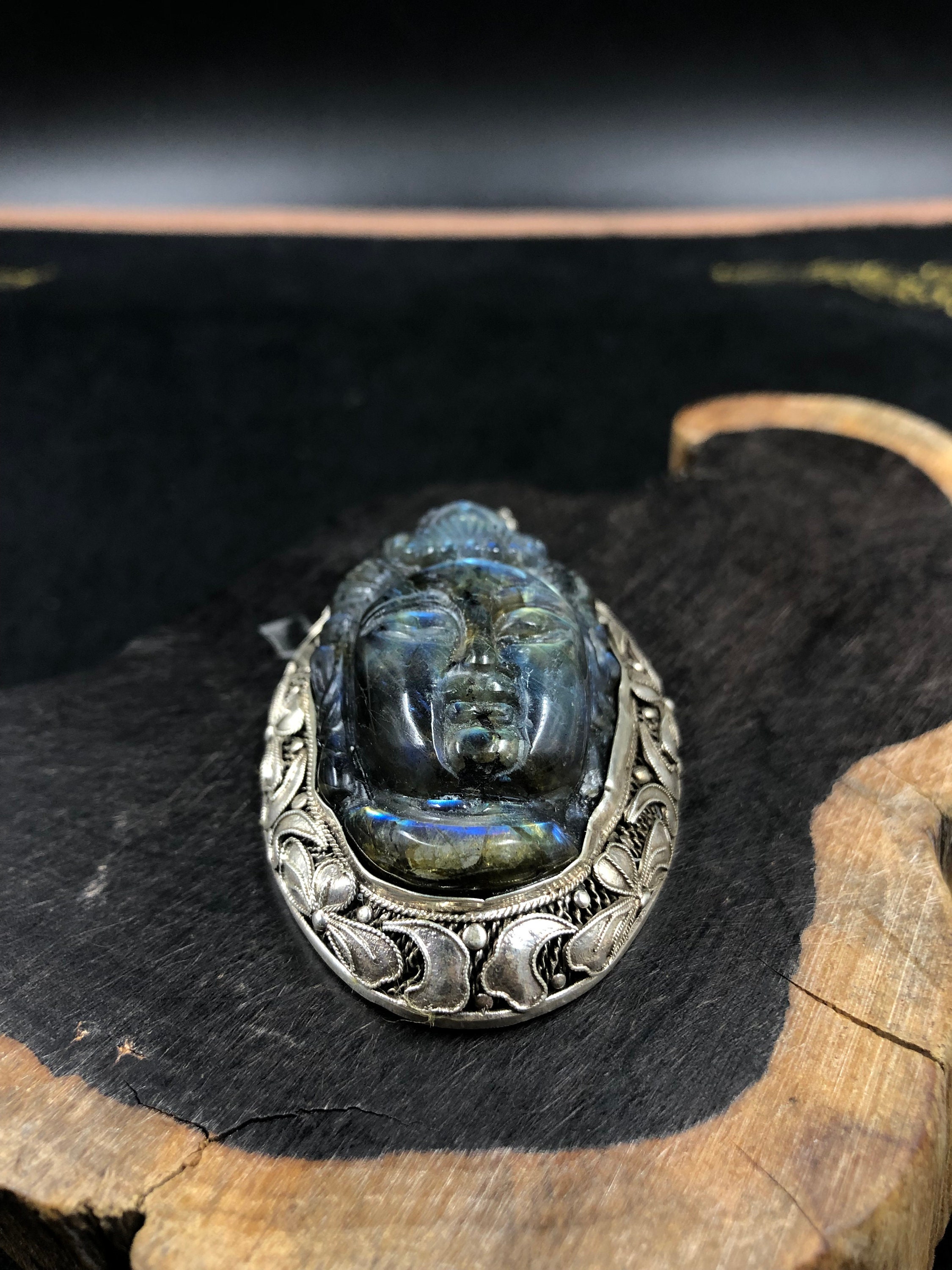 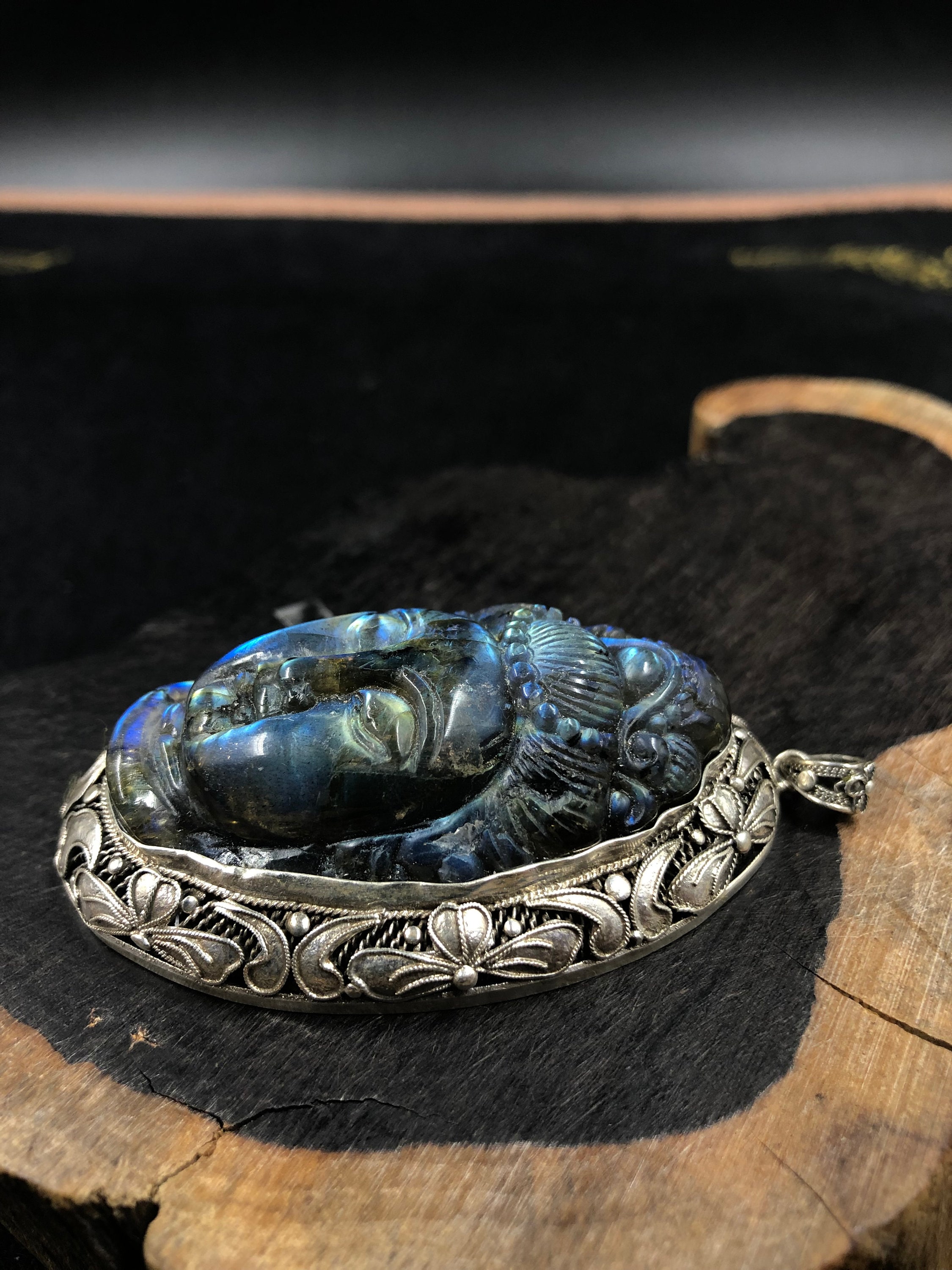 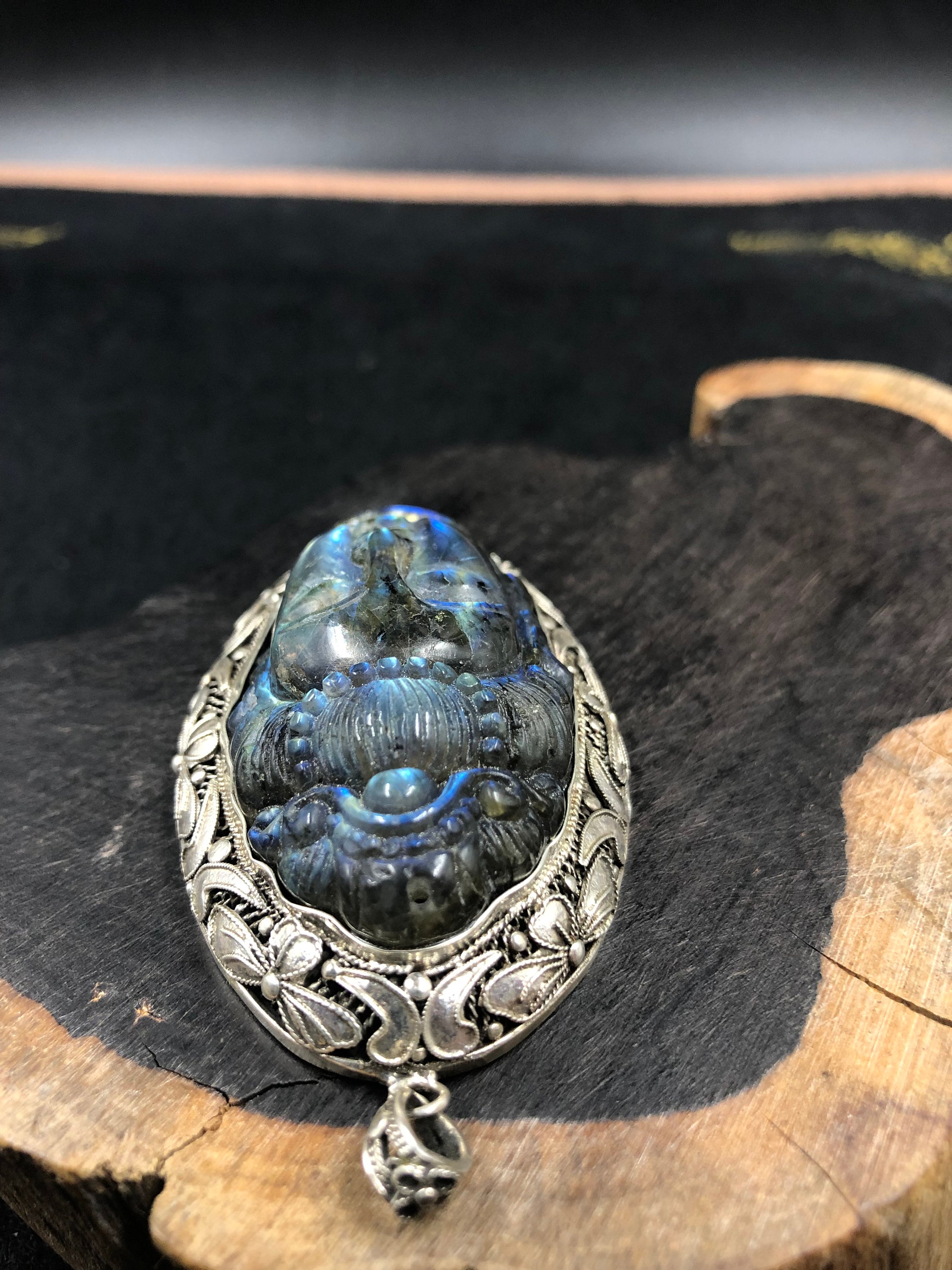 traditional pendant, Beijing jewelry.
exceptional labradorite from Madagascar, all natural untreated with acetone to bring out the labradorescence effect, nor treated with copper.
Silver 925
Size of pendant: 73/43 mm


We work in collaboration with a specialized workshop located between Beijing and Tianjin, whose expertise is several years old. We bring the raw materials rigorously selected, and work the pendant together.
We are the only representatives of this craft in Europe.


Labradorite is a Feldspath Plagioclase containing 50-70% calcium and 30-50% sodium. She is an intermediate member of the Albite-Anorthite isomorph series. It is best known for its labradorecent variety whose colour scheme is caused by the interference of light on successive thin lamellar layers of sodic Feldspath and calcium Feldspath. The colours vary depending on the anorthite content, from blue to red, yellow and green. It also exists in transparent quality devoid of optical effect, usually yellow to uniform beige. Impurities of native copper or copper oxide introduced by treatment can alter the color (red, green, bicolor) and/or cause an adventurecence effect (Sunstone).