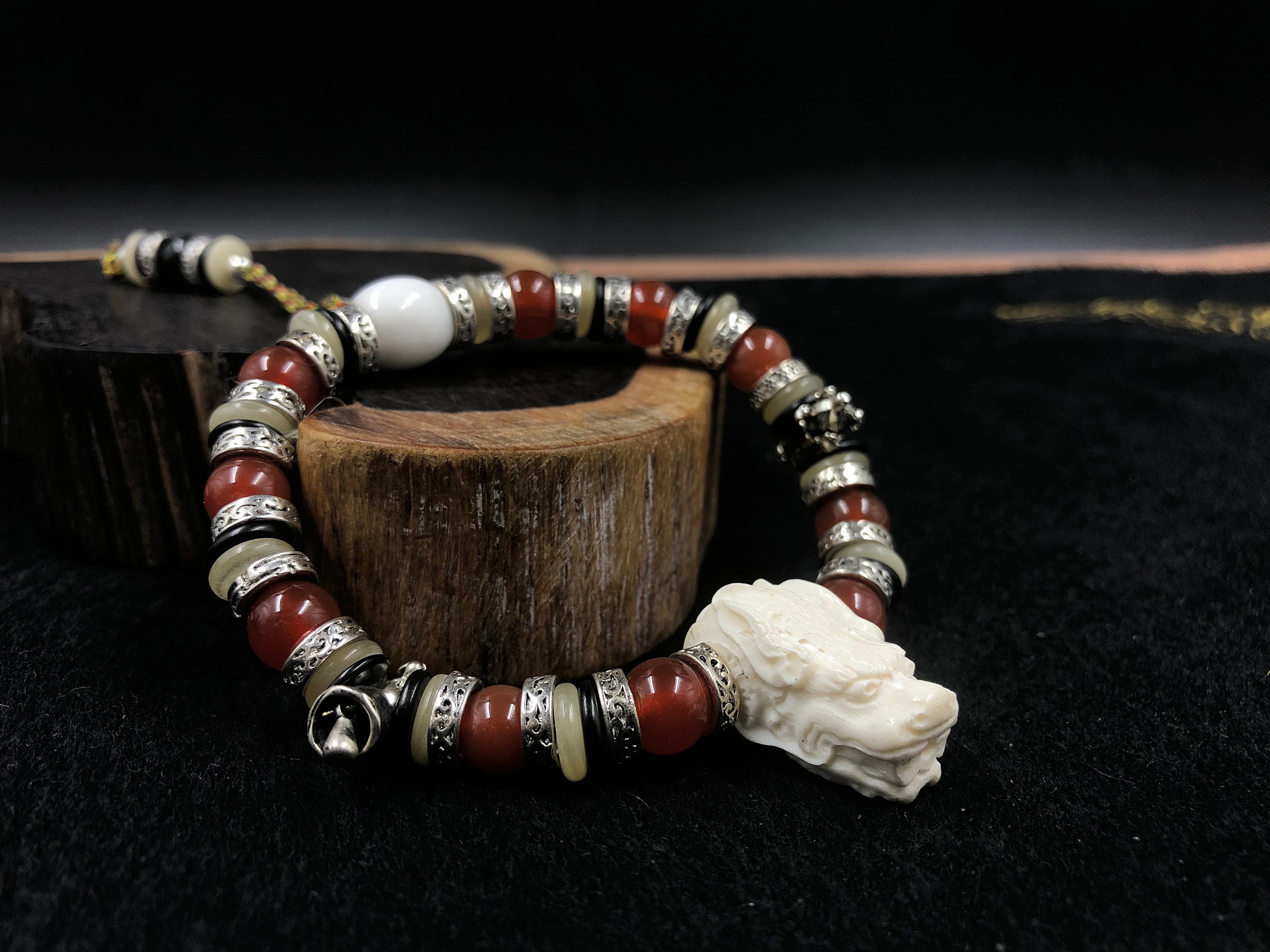 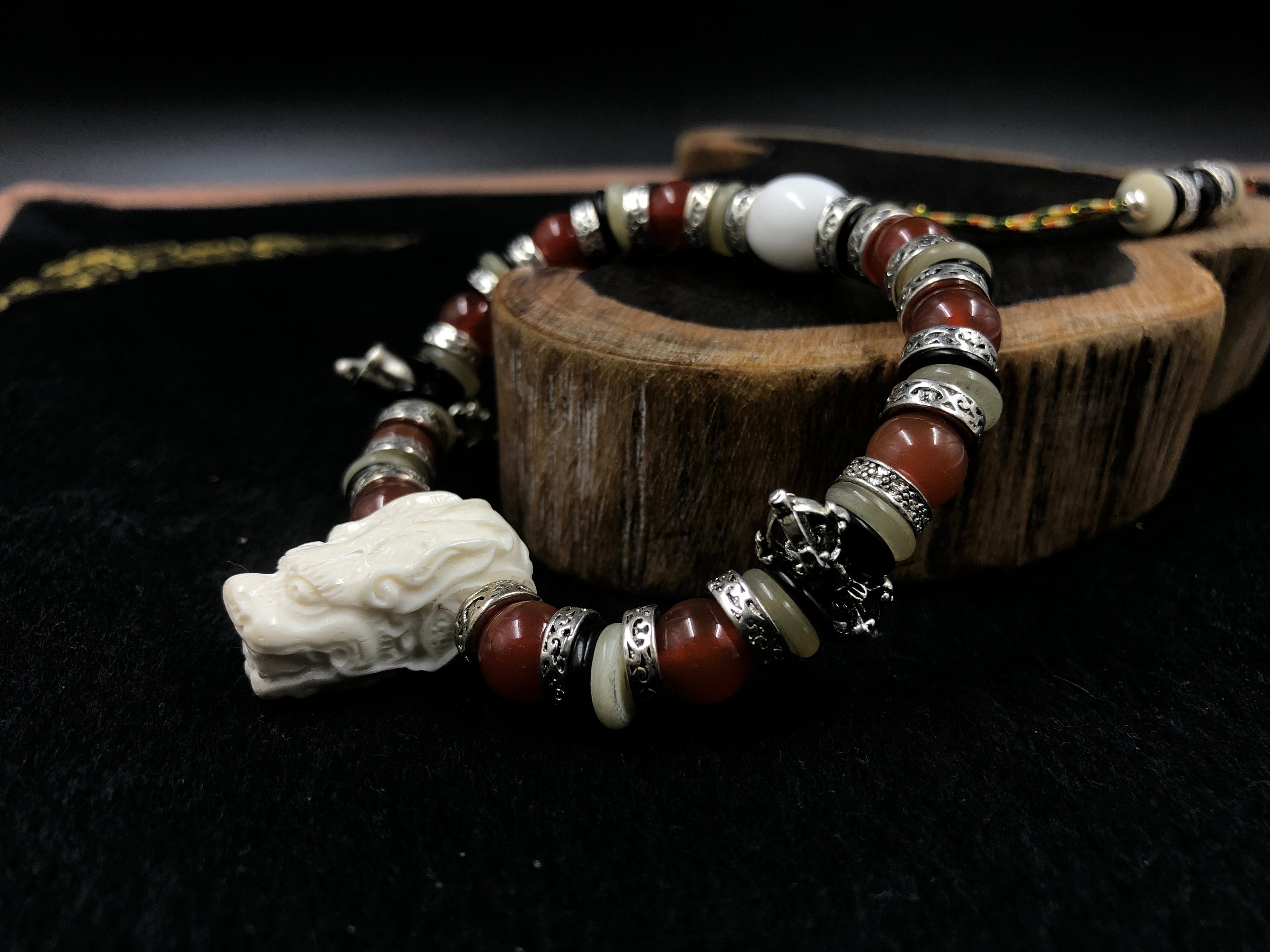 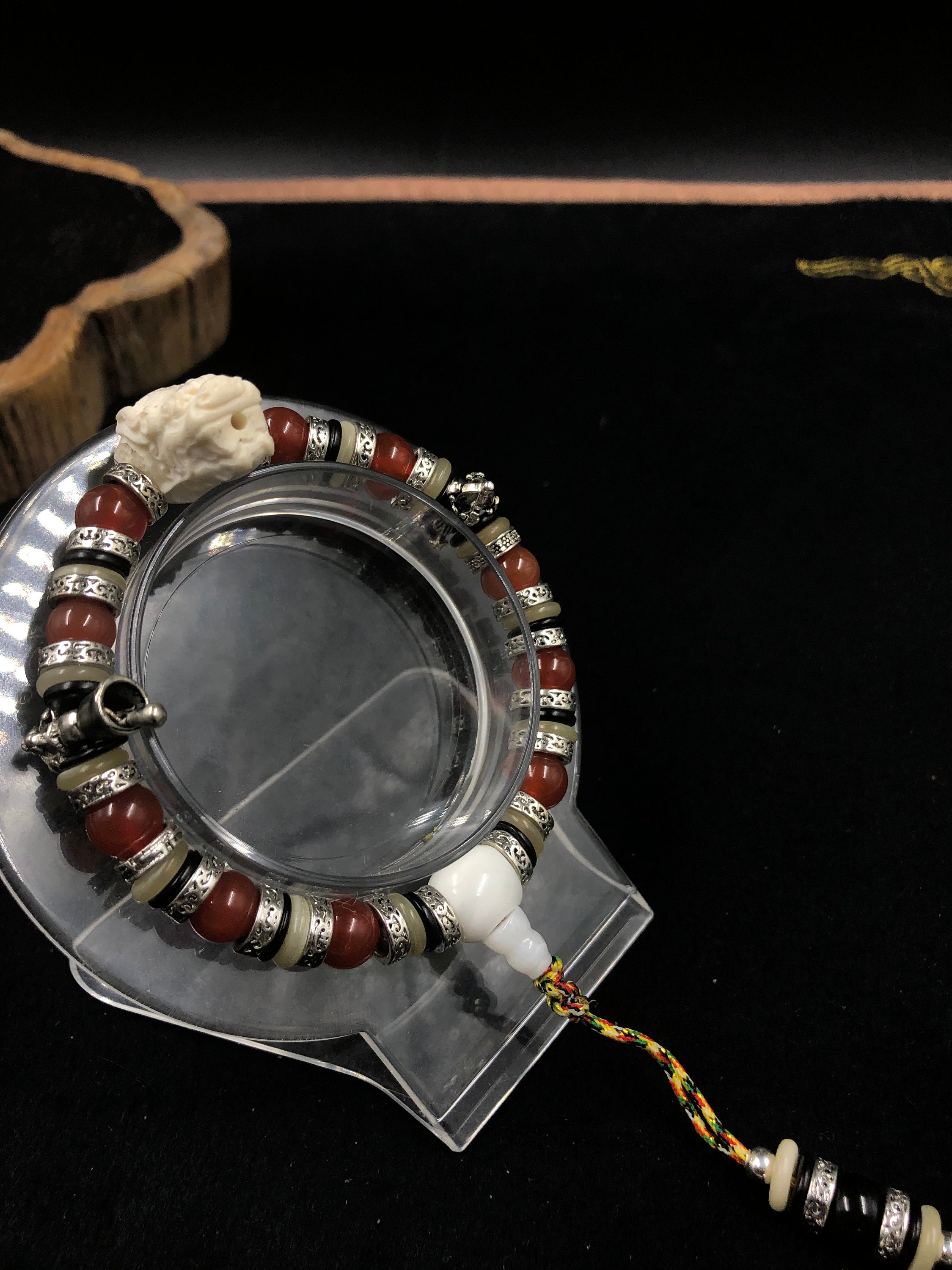 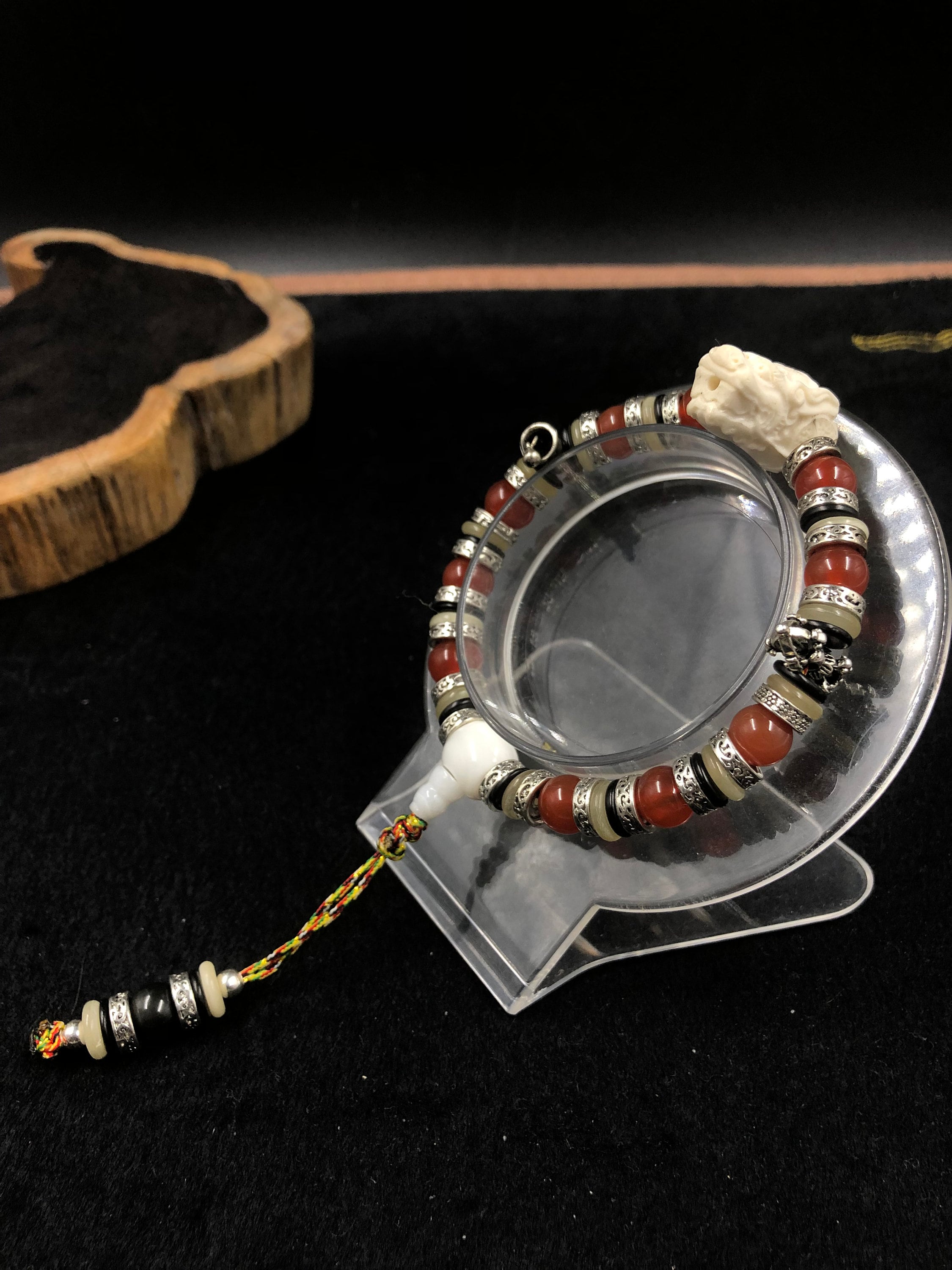 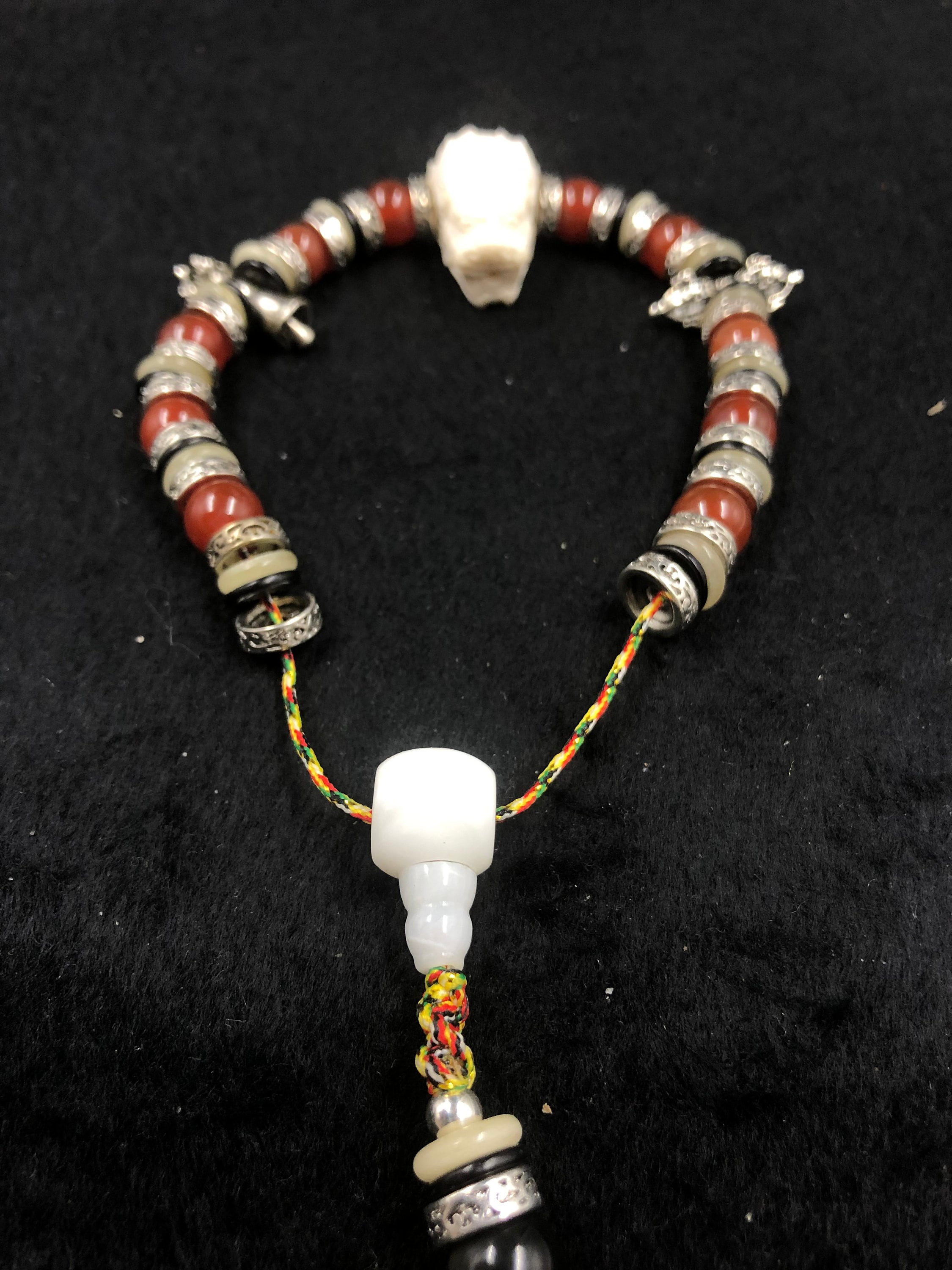 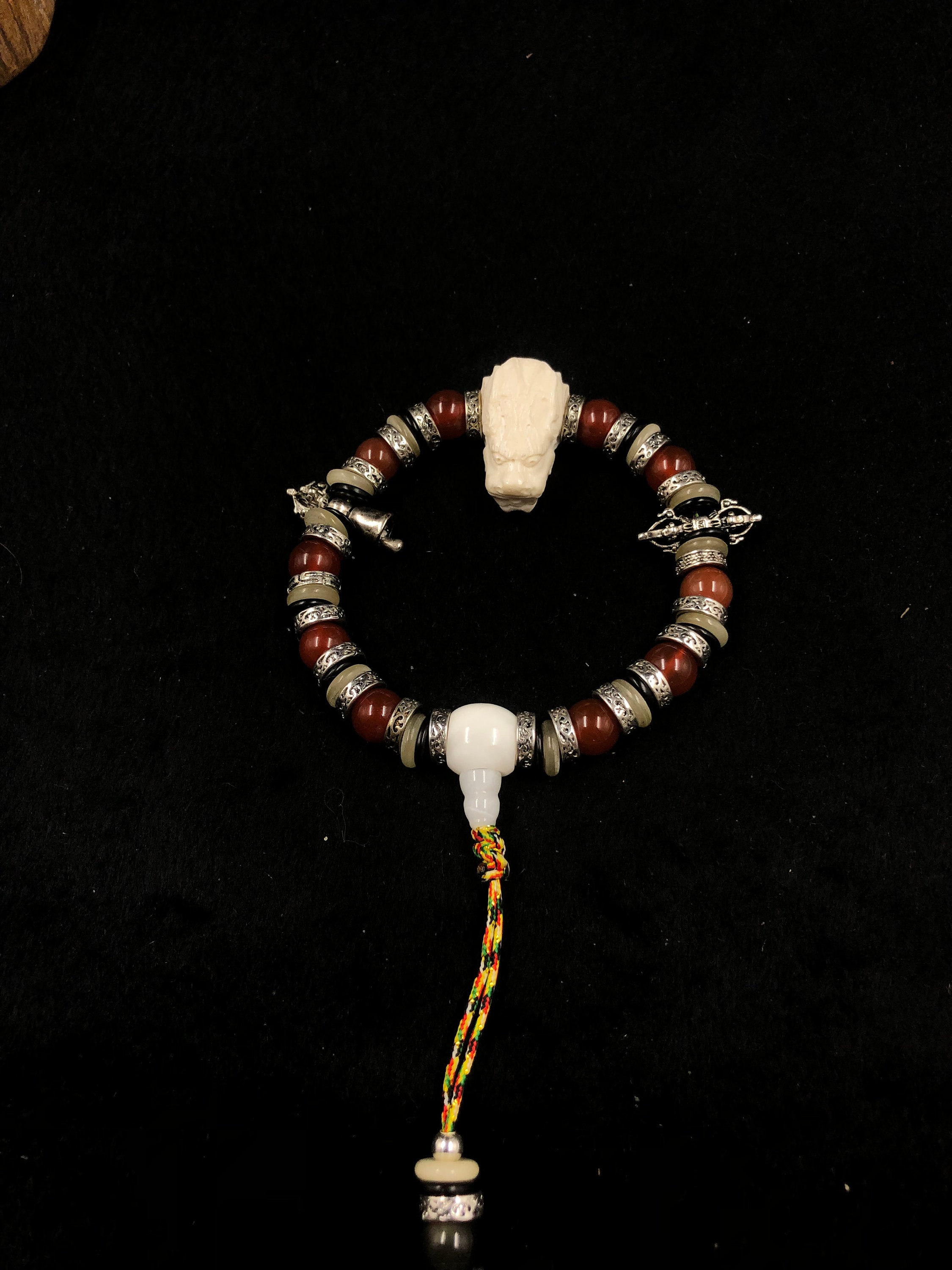 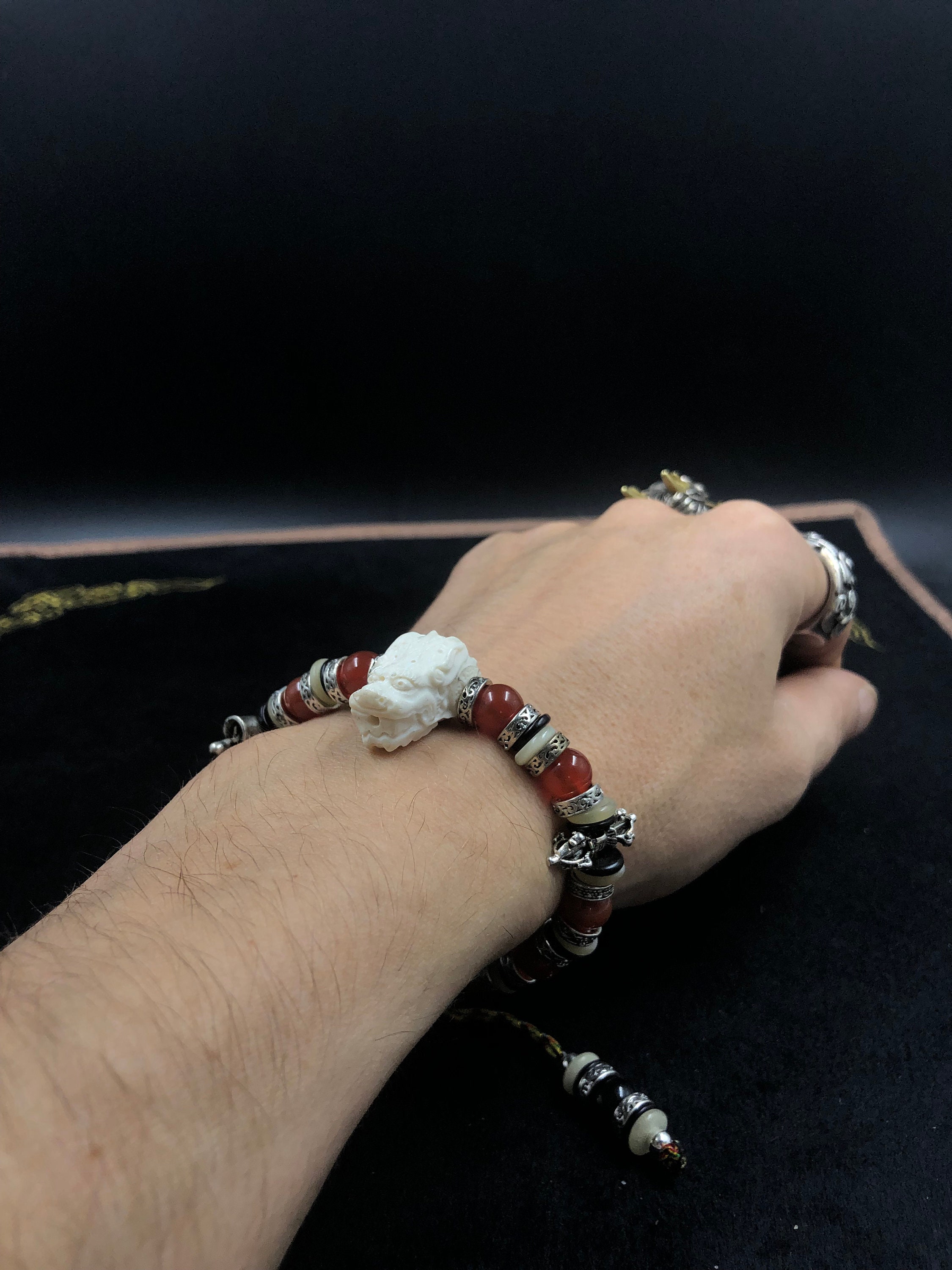 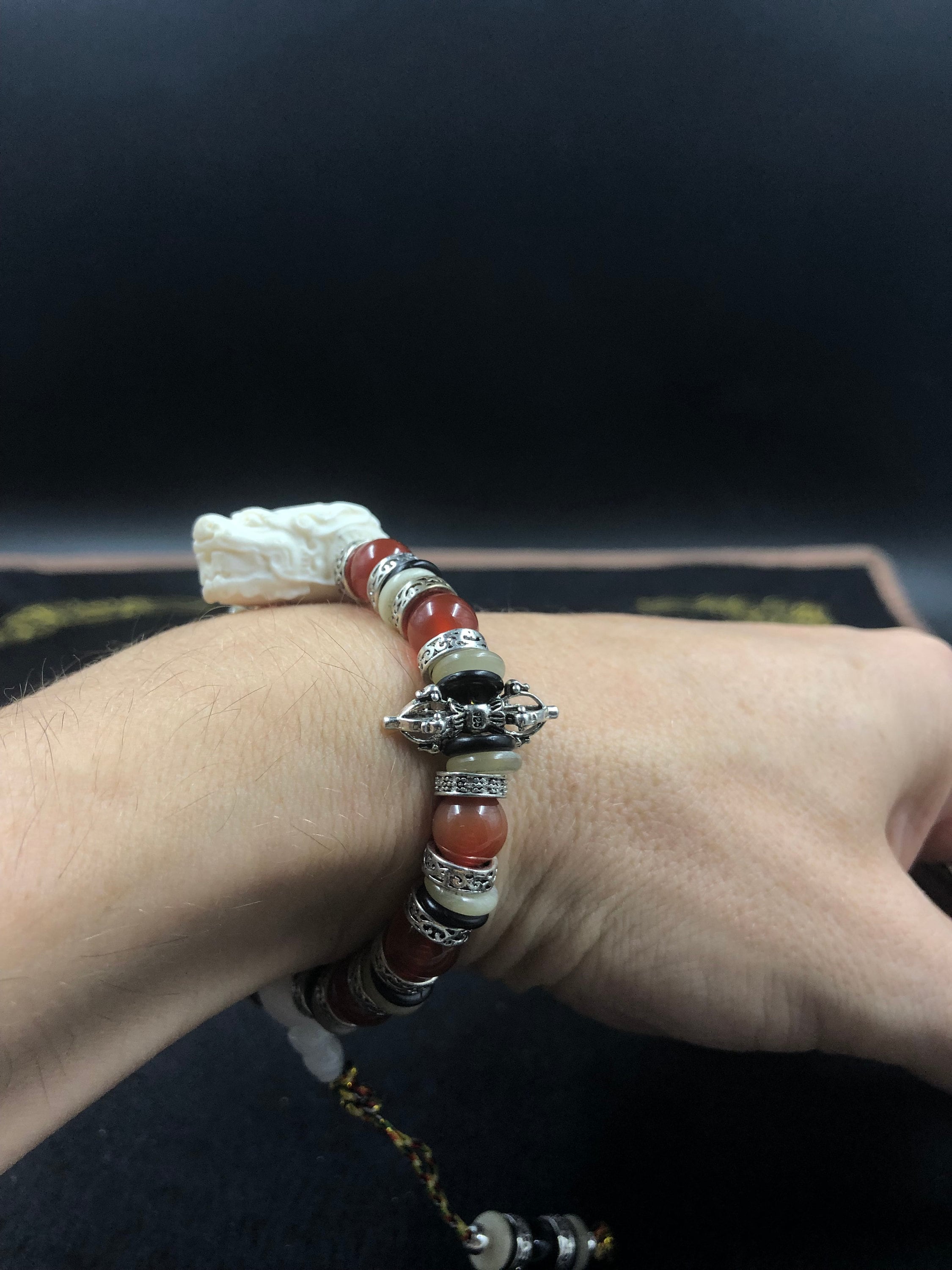 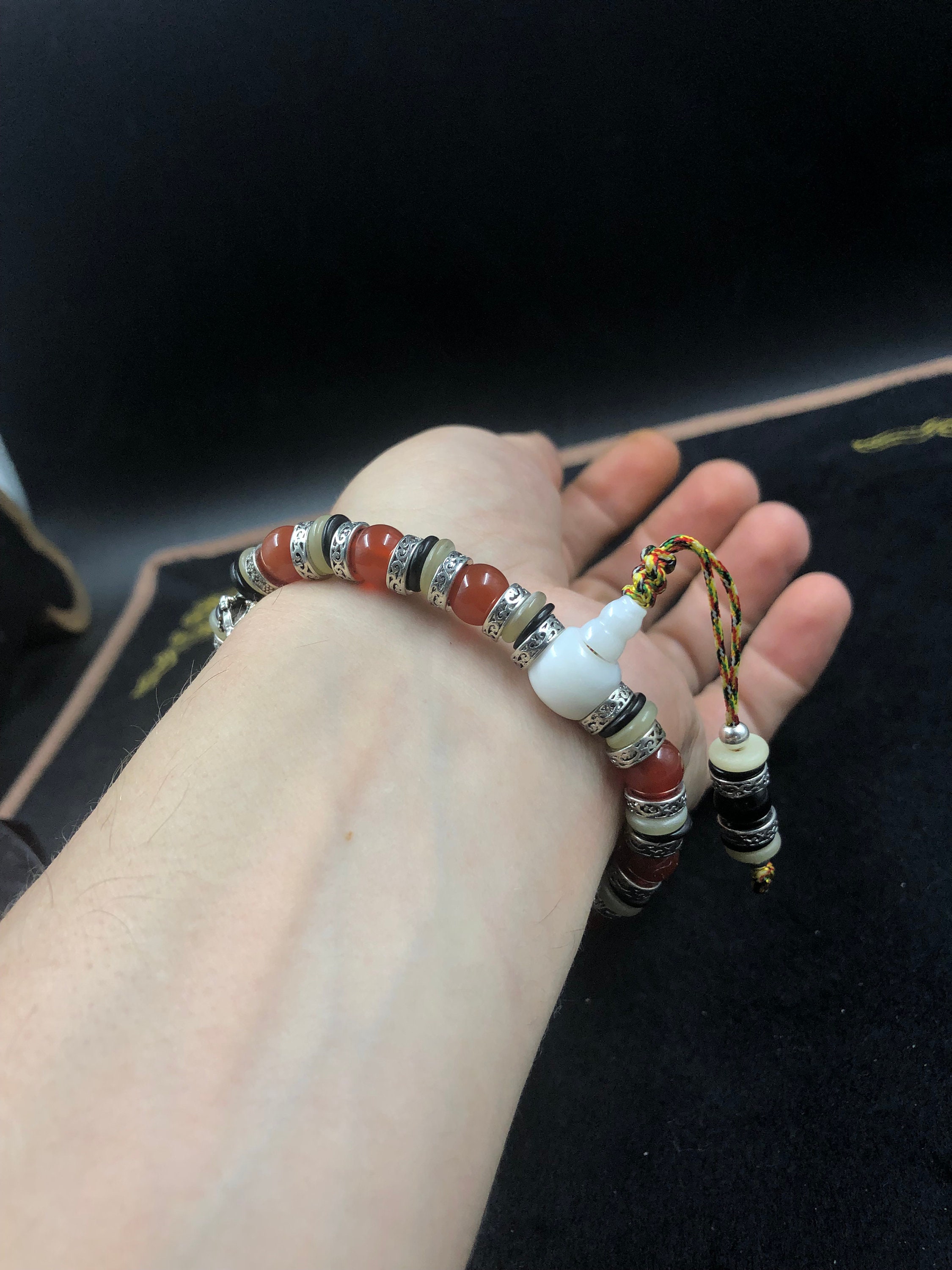 mounted on traditional Buddhist cord representing the 5 colors of the 5 Buddhas of meditation.

"Mala" clasp with a sliding knot to enlarge the bracelet for donning.

Our article on dragons on our blog via this link
https://www.dongmeietjeremyzg.com/post/544292239827/dragon

In many illustrations, Phurba's dagger is represented in a simple form, due to its small size. However, in its three-dimensional form, this tiny blade is most often depicted with many Buddhist symbols and demonstrates its concentration on the purge of evil