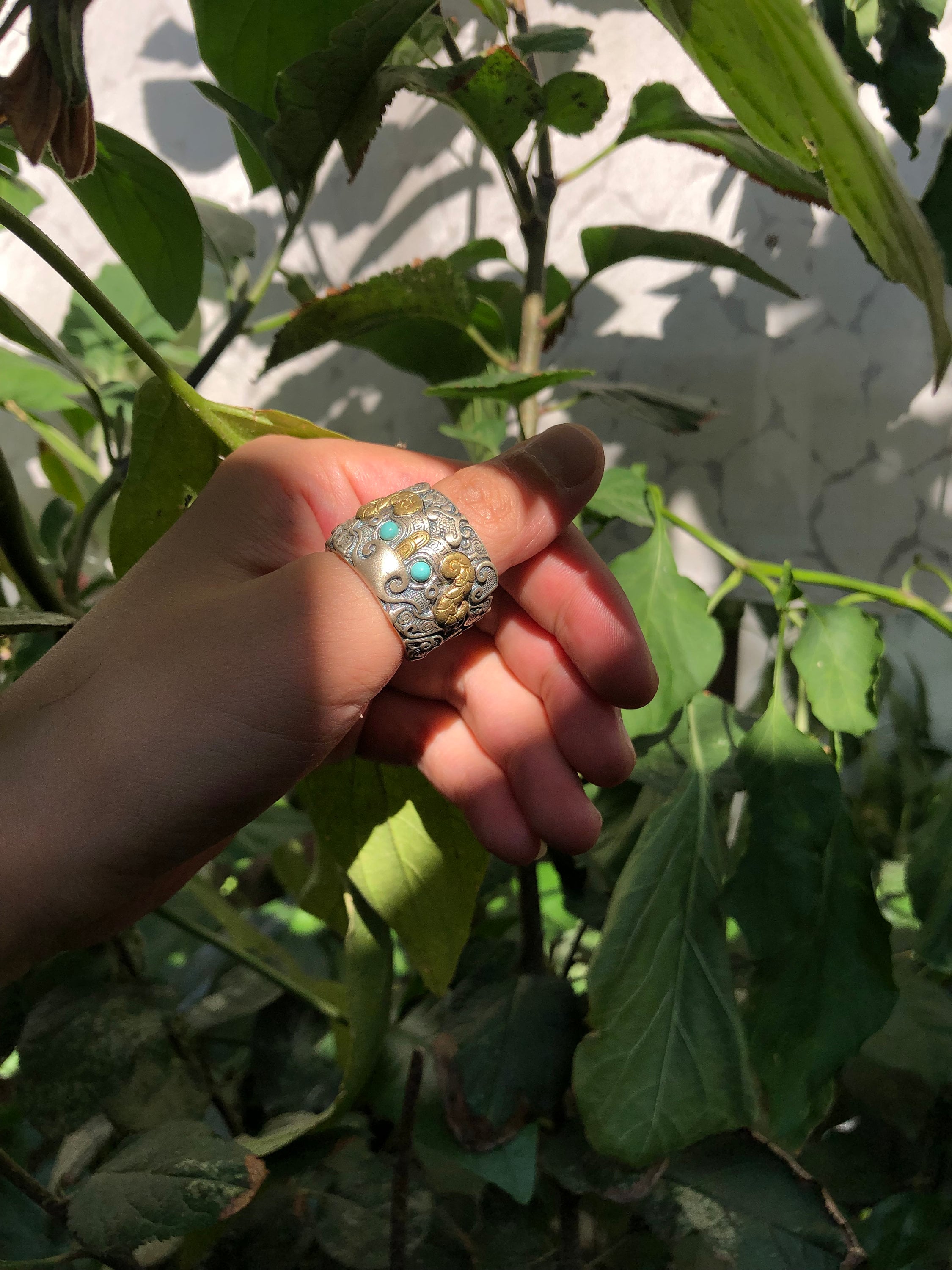 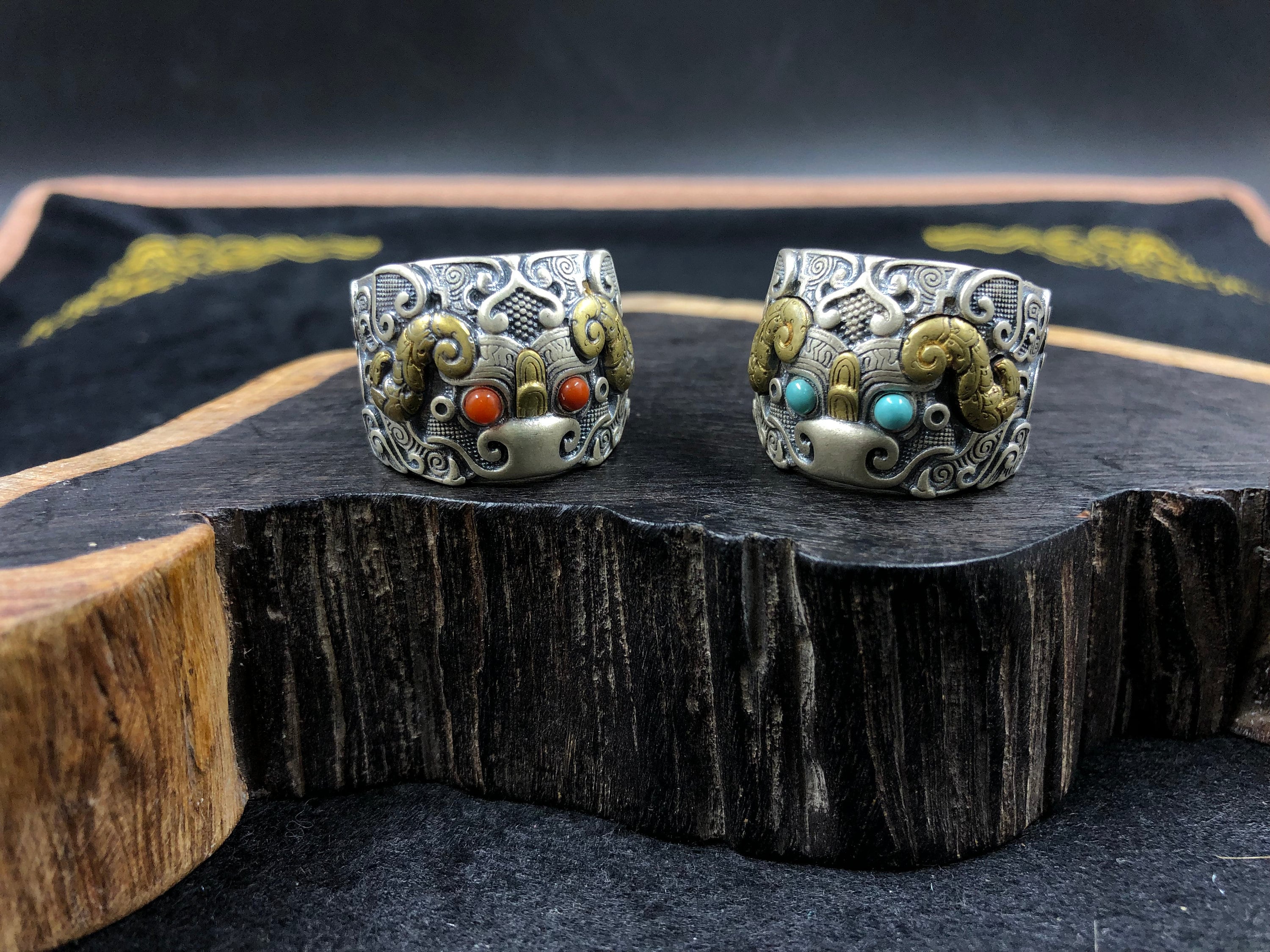 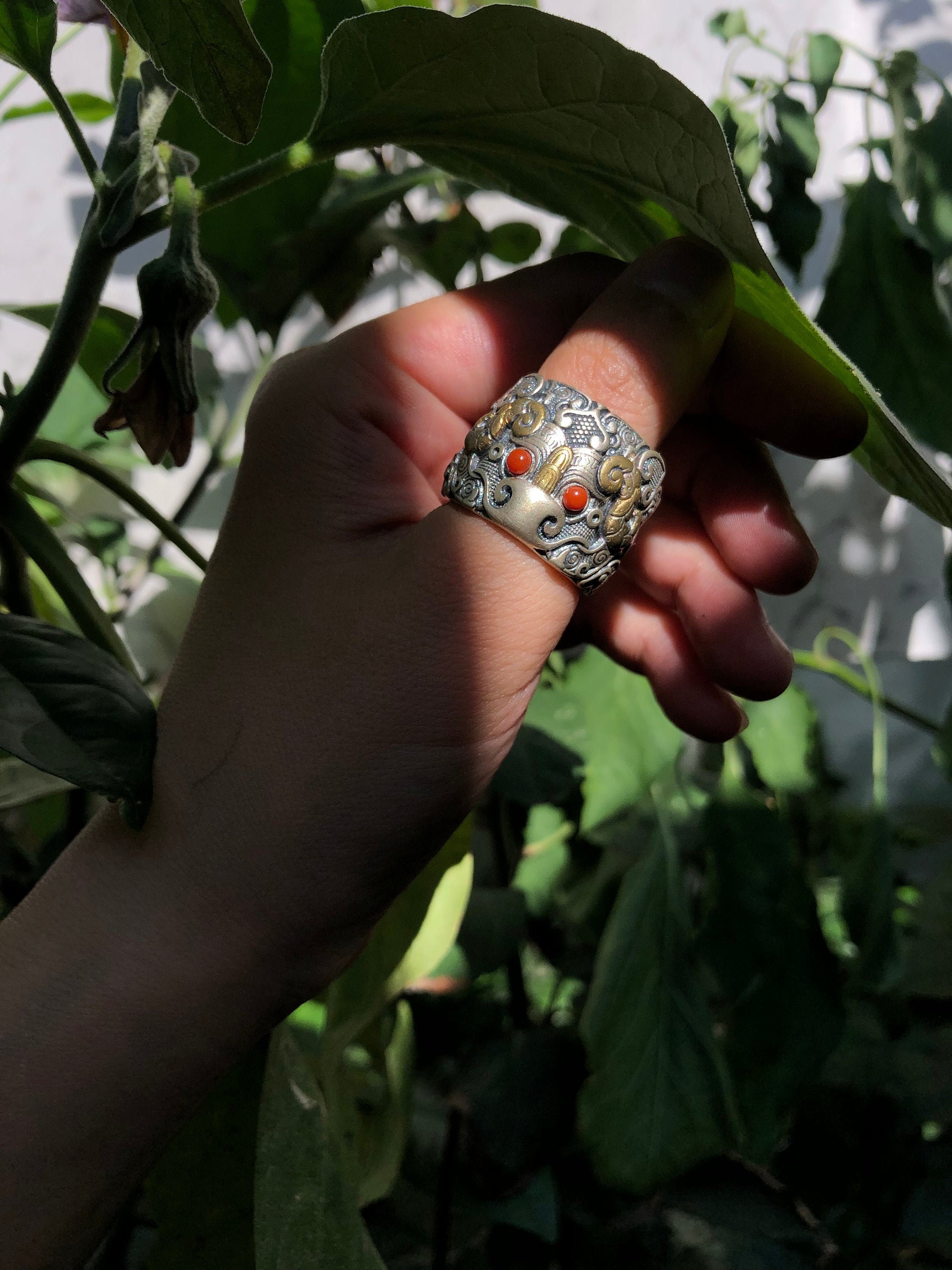 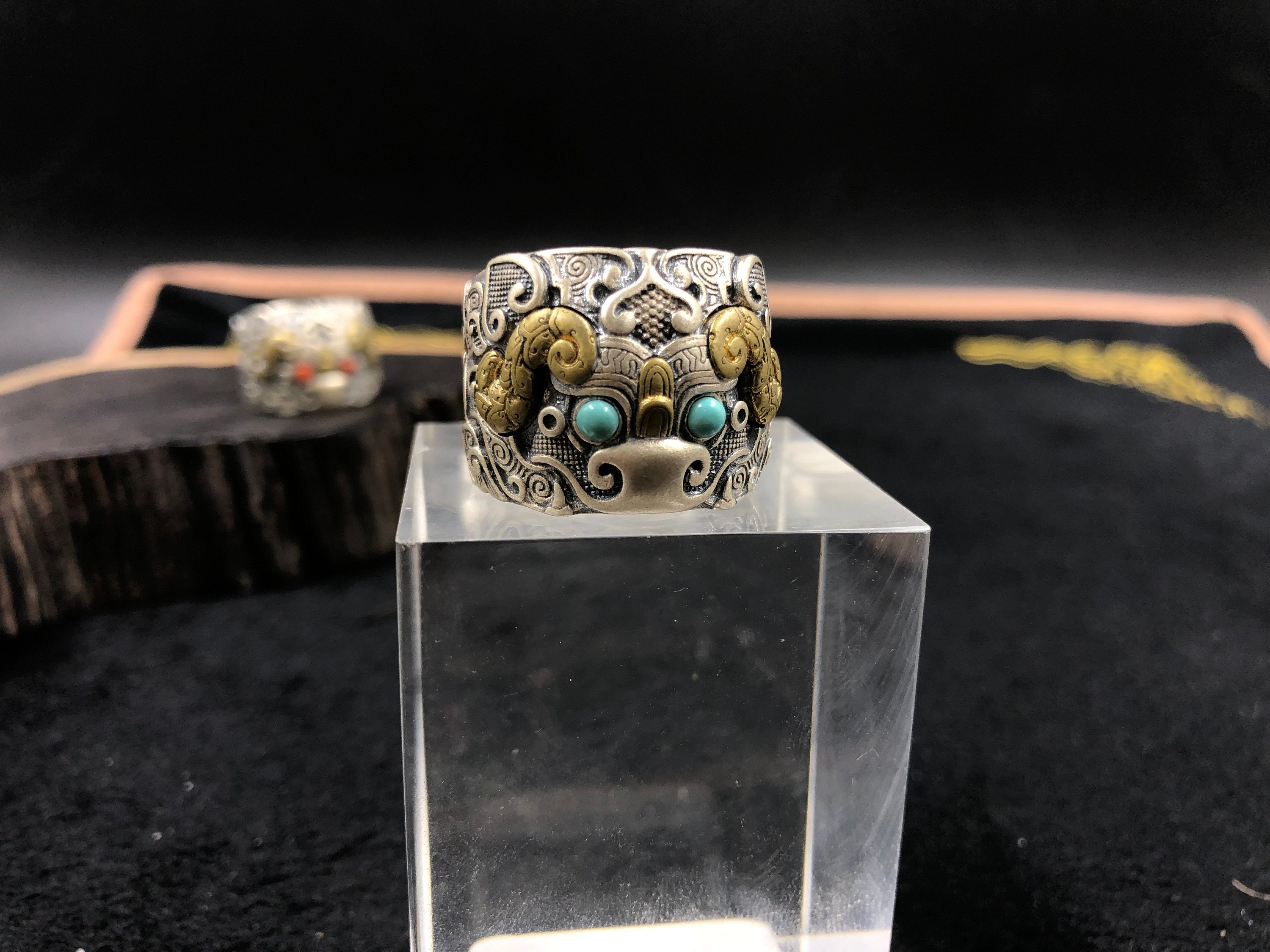 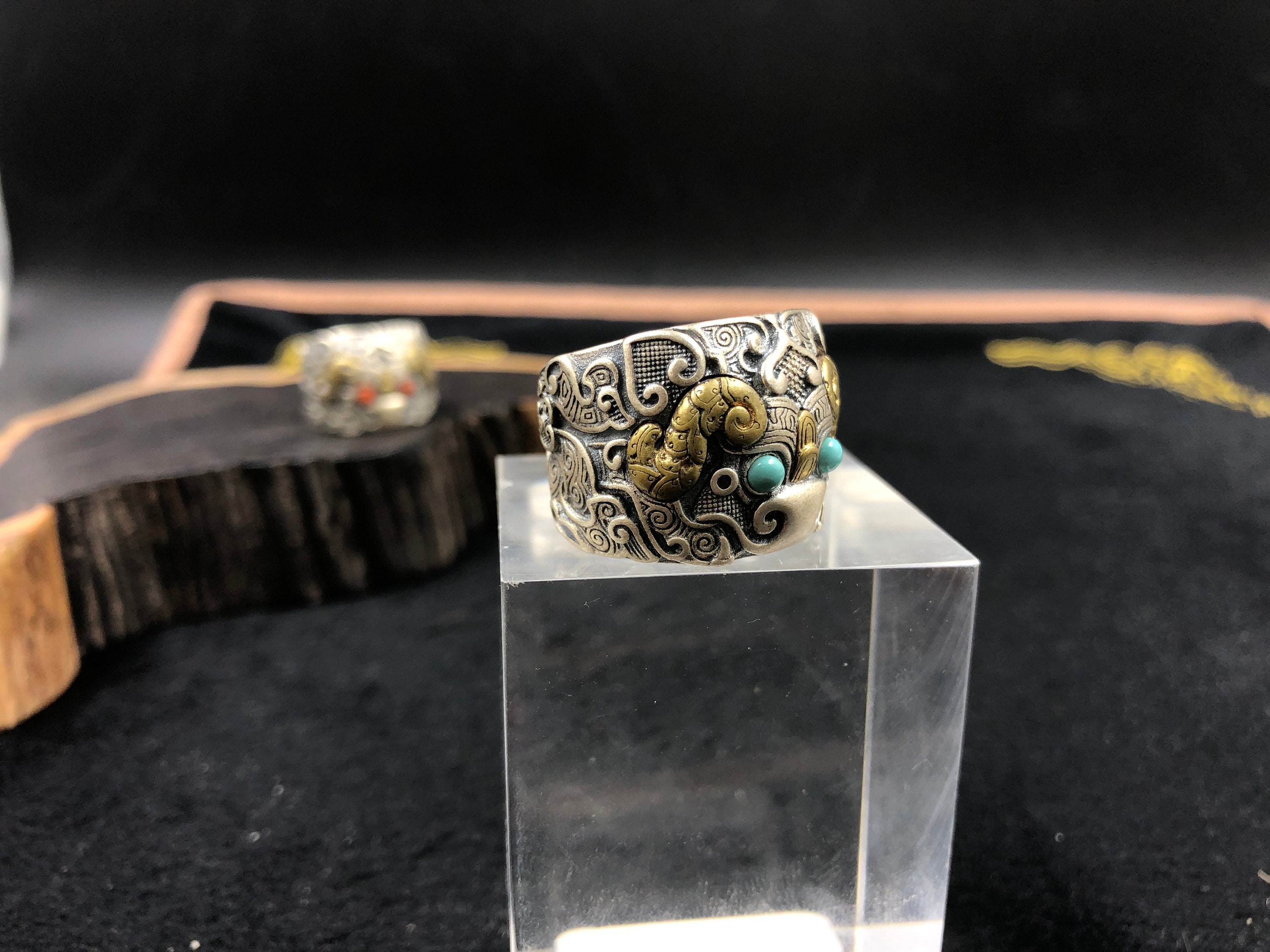 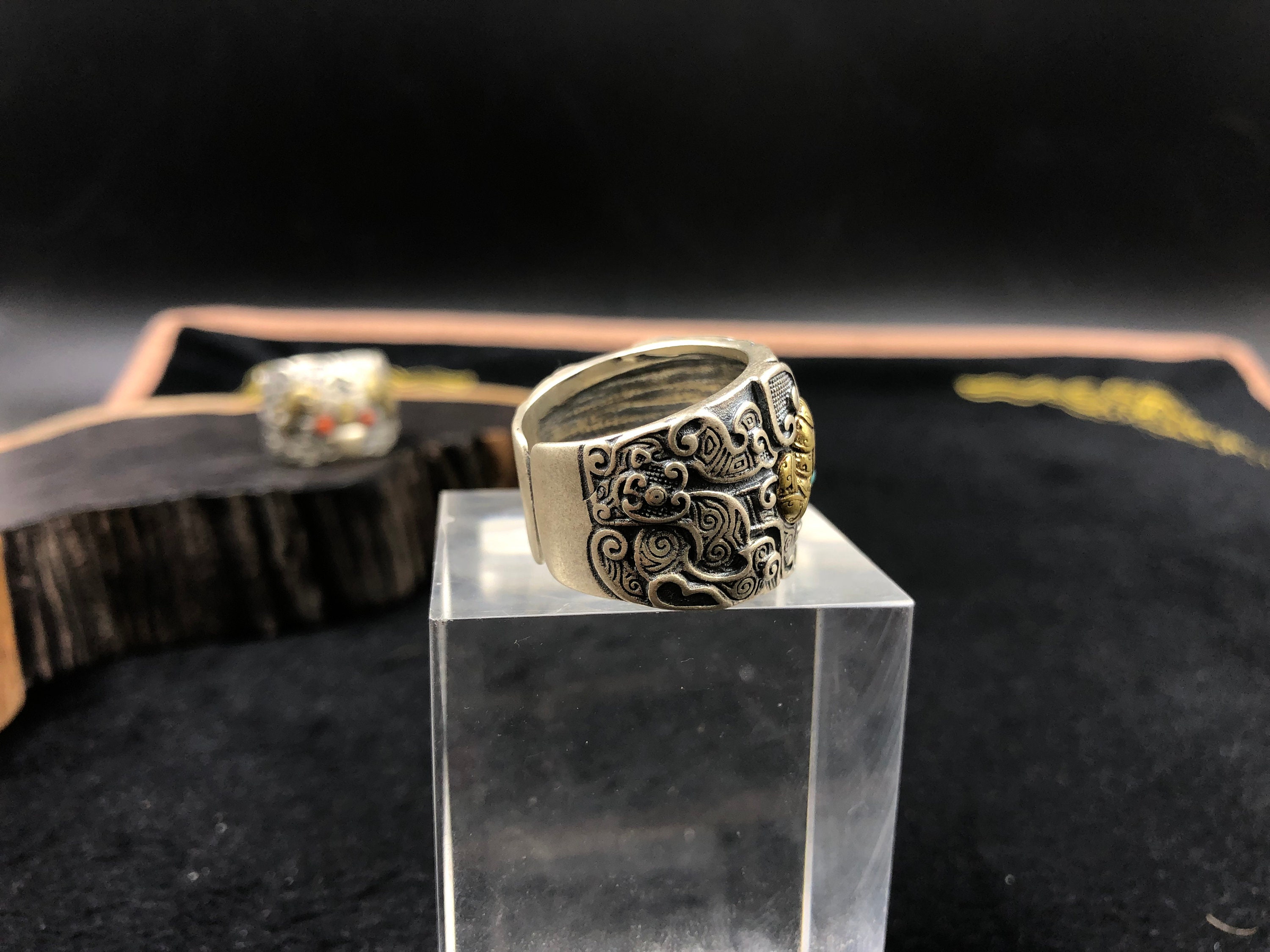 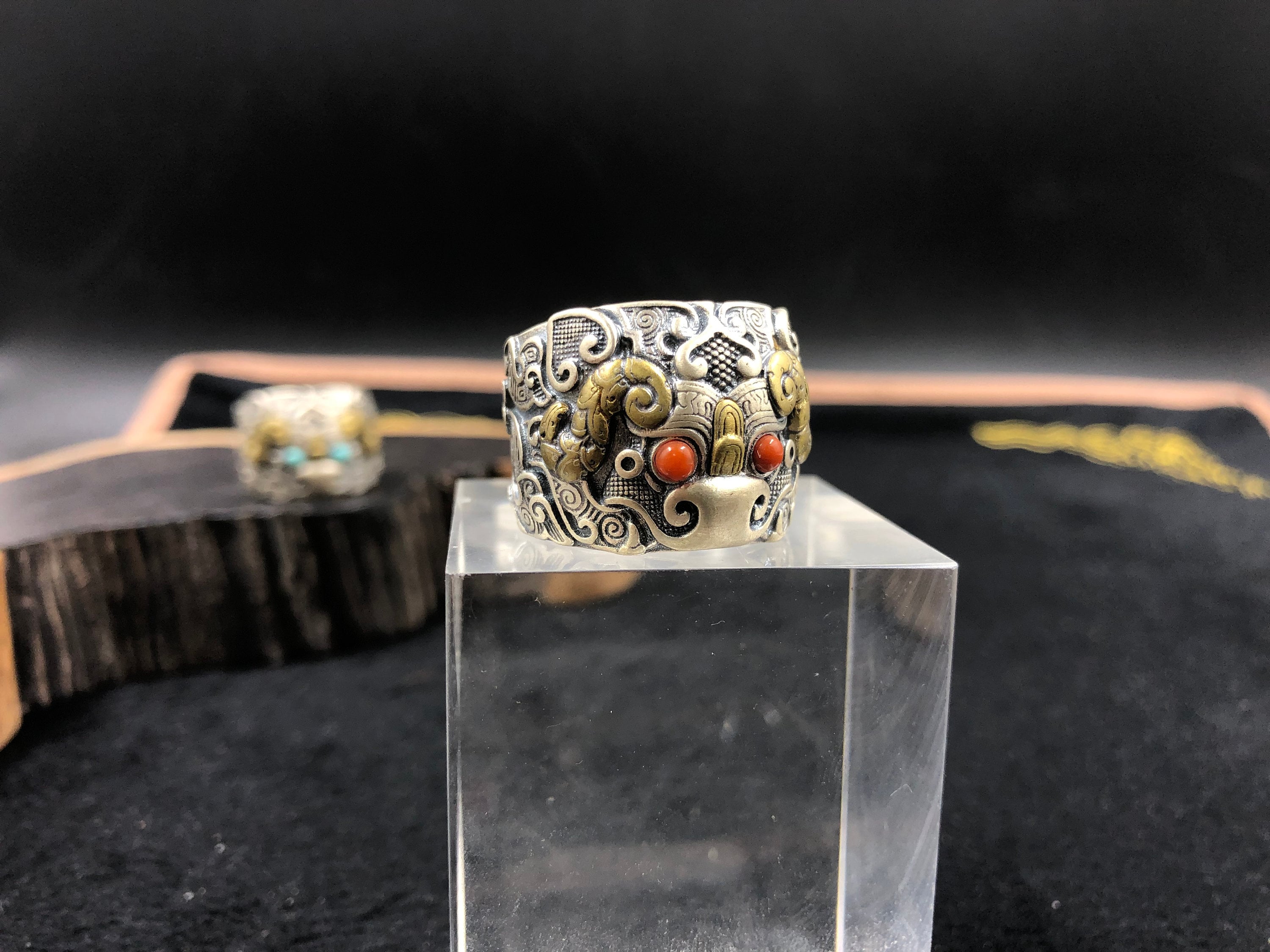 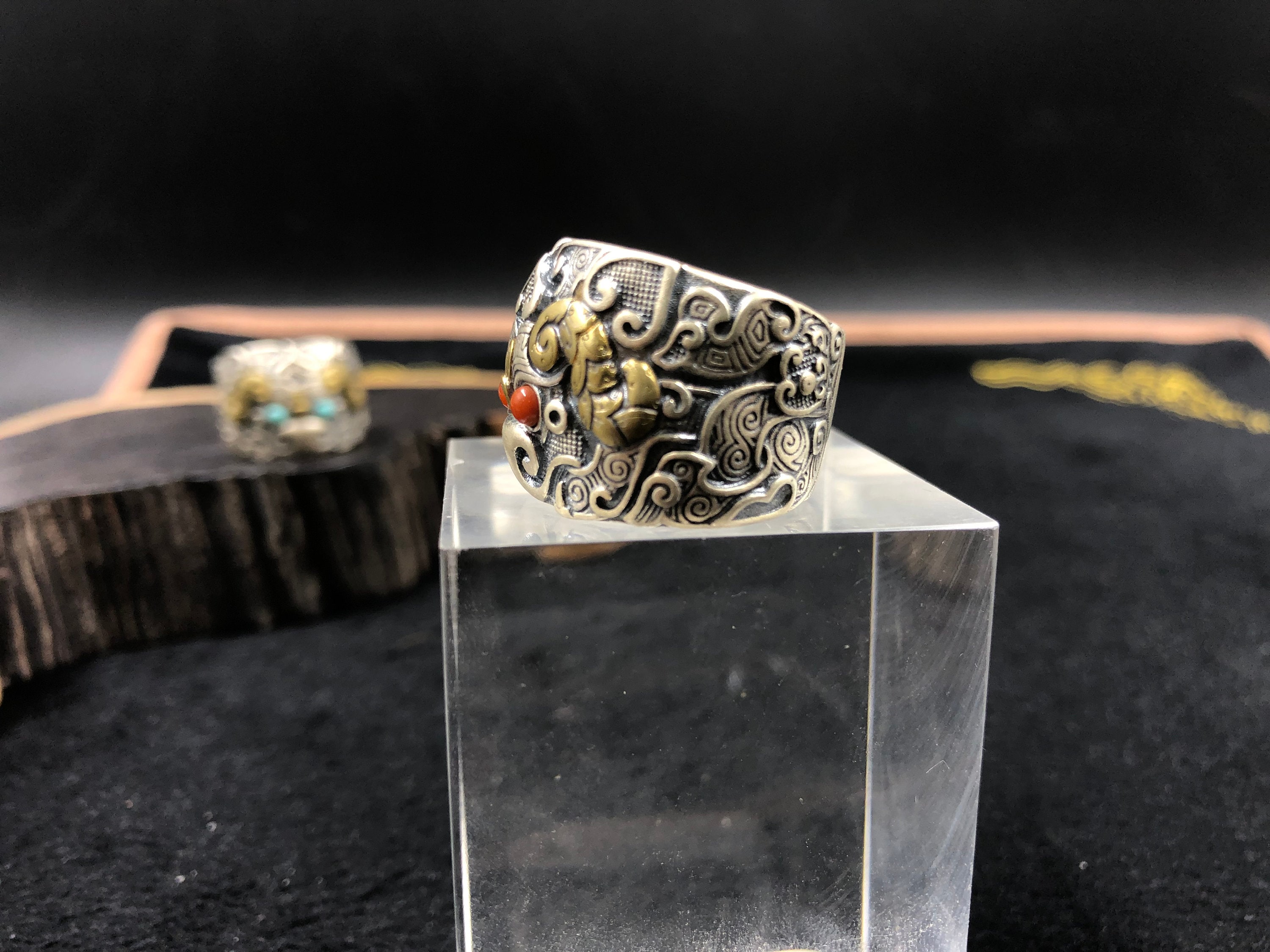 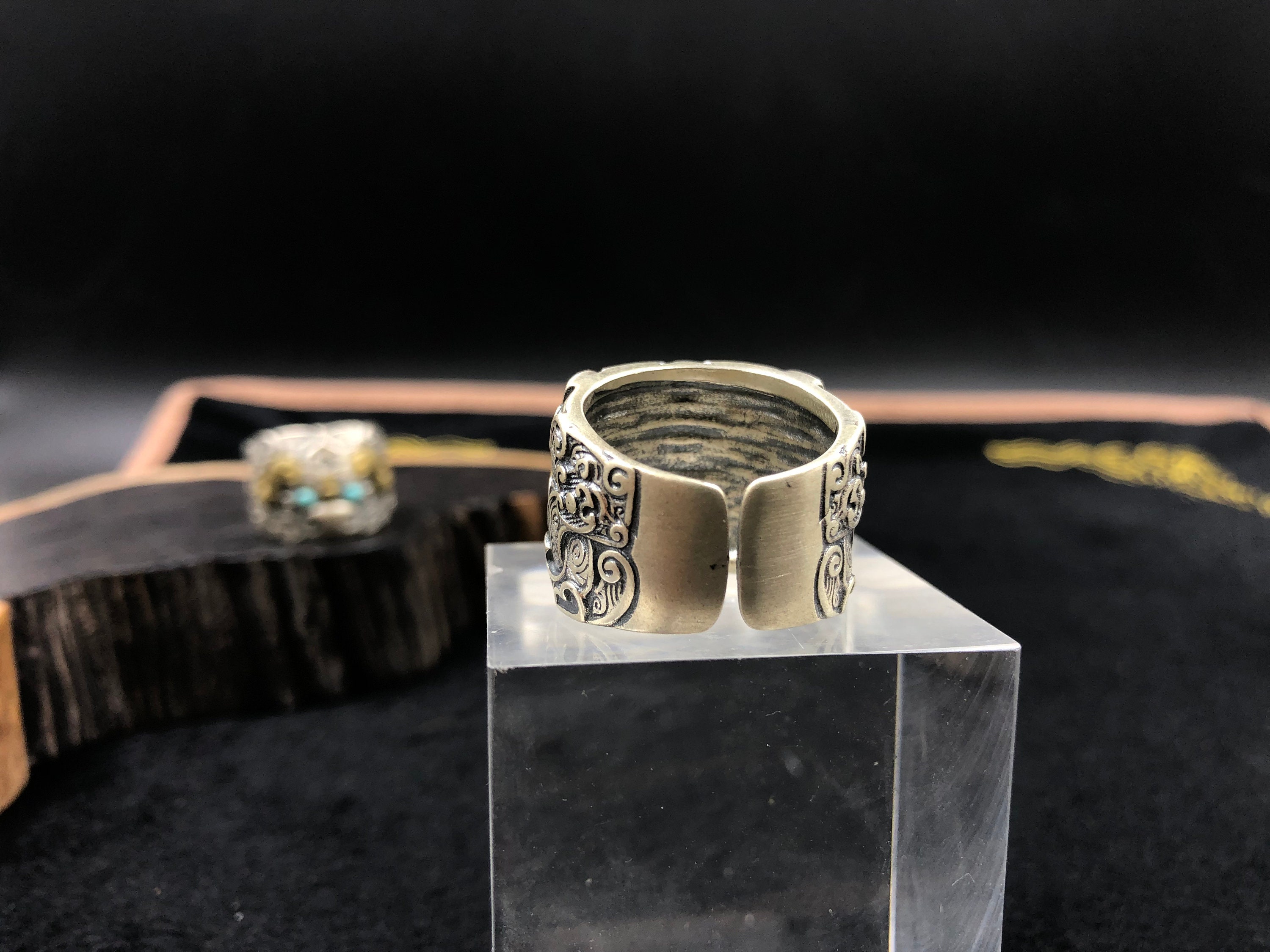 Adjustable silver ring, so perfectly adaptable to all finger sizes, very nice ring for the thumb.


Two versions available, eyes set in turquoise for one, in agate called "nan hong" (southern red) for the other