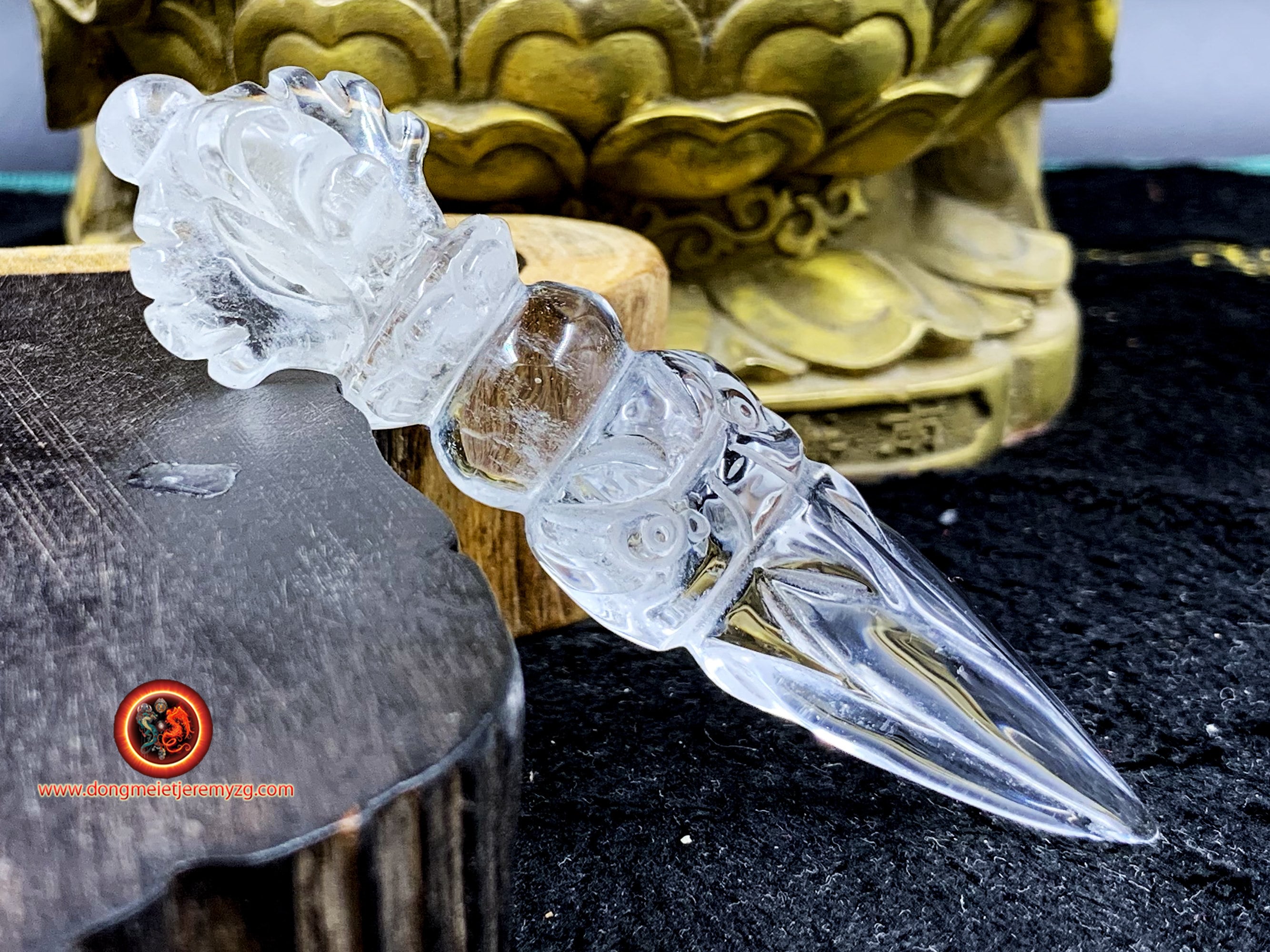 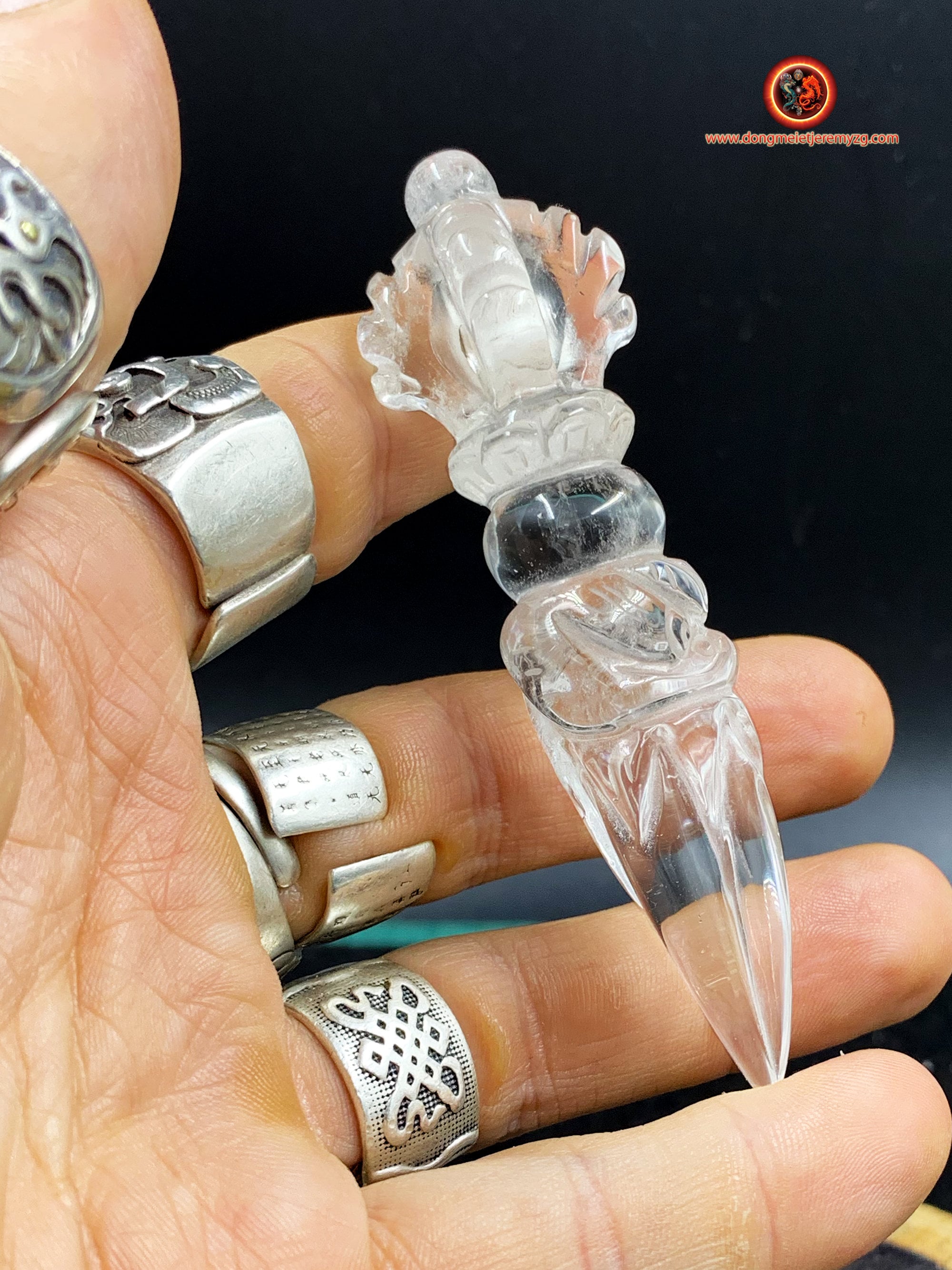 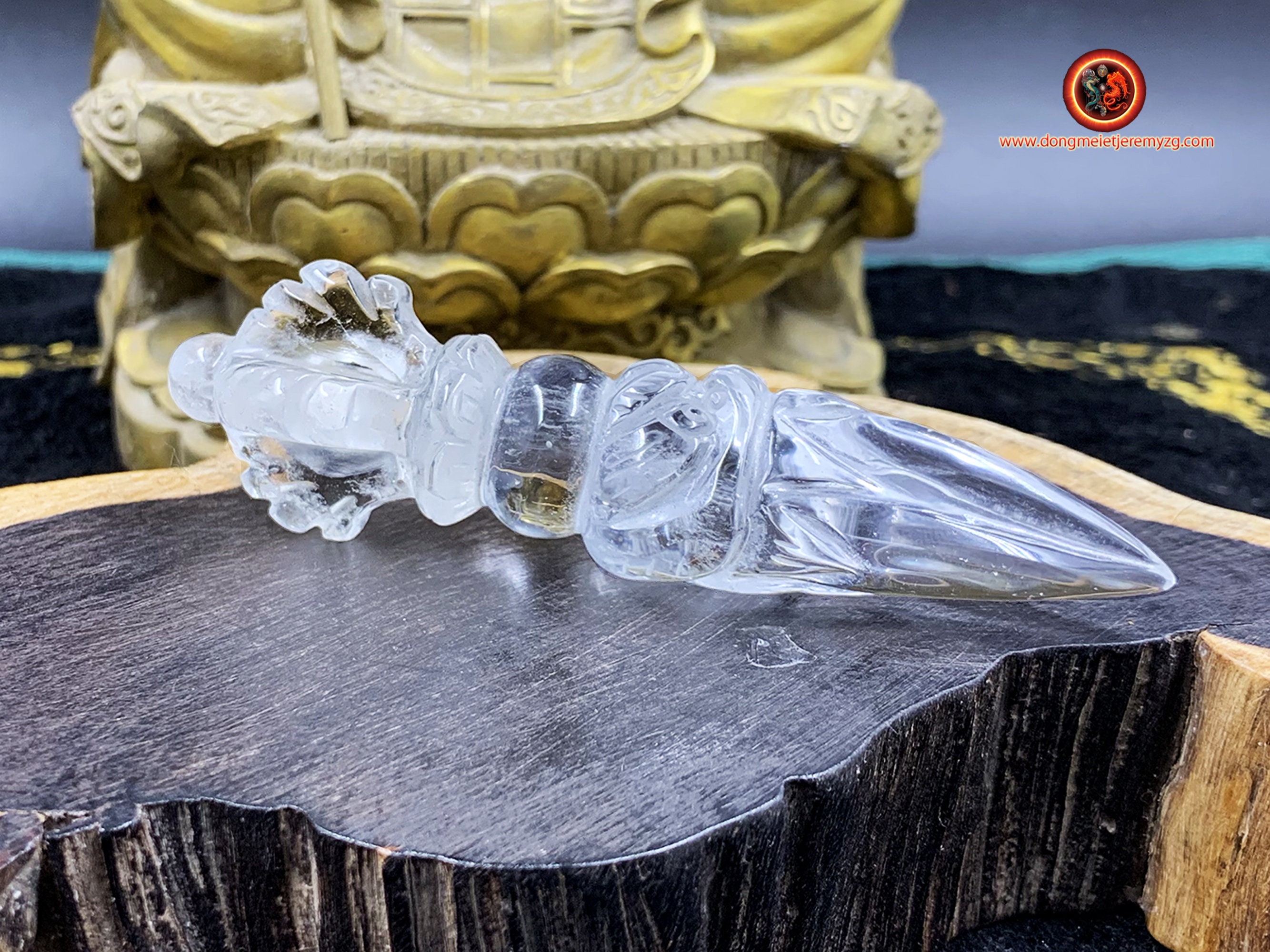 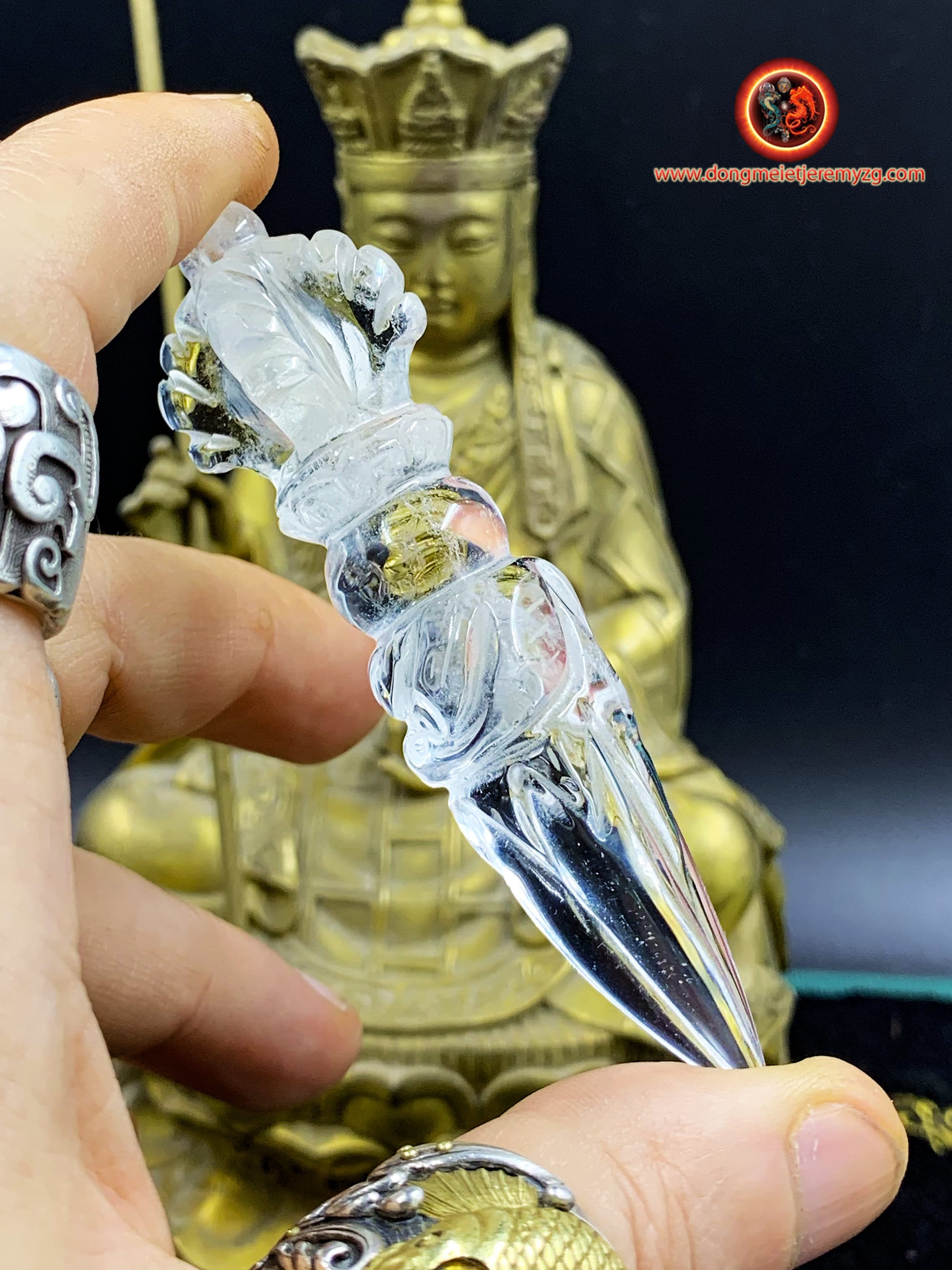 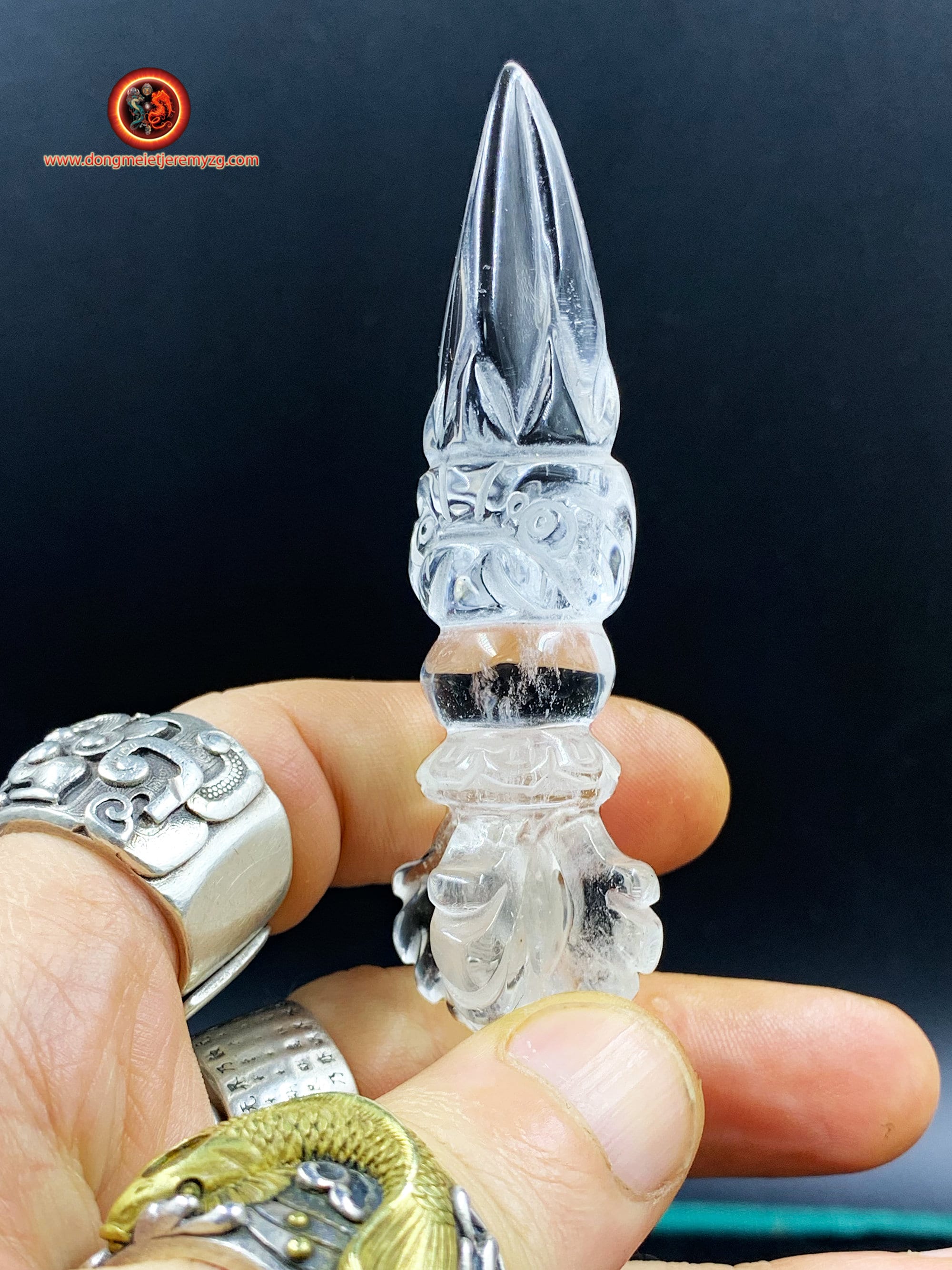 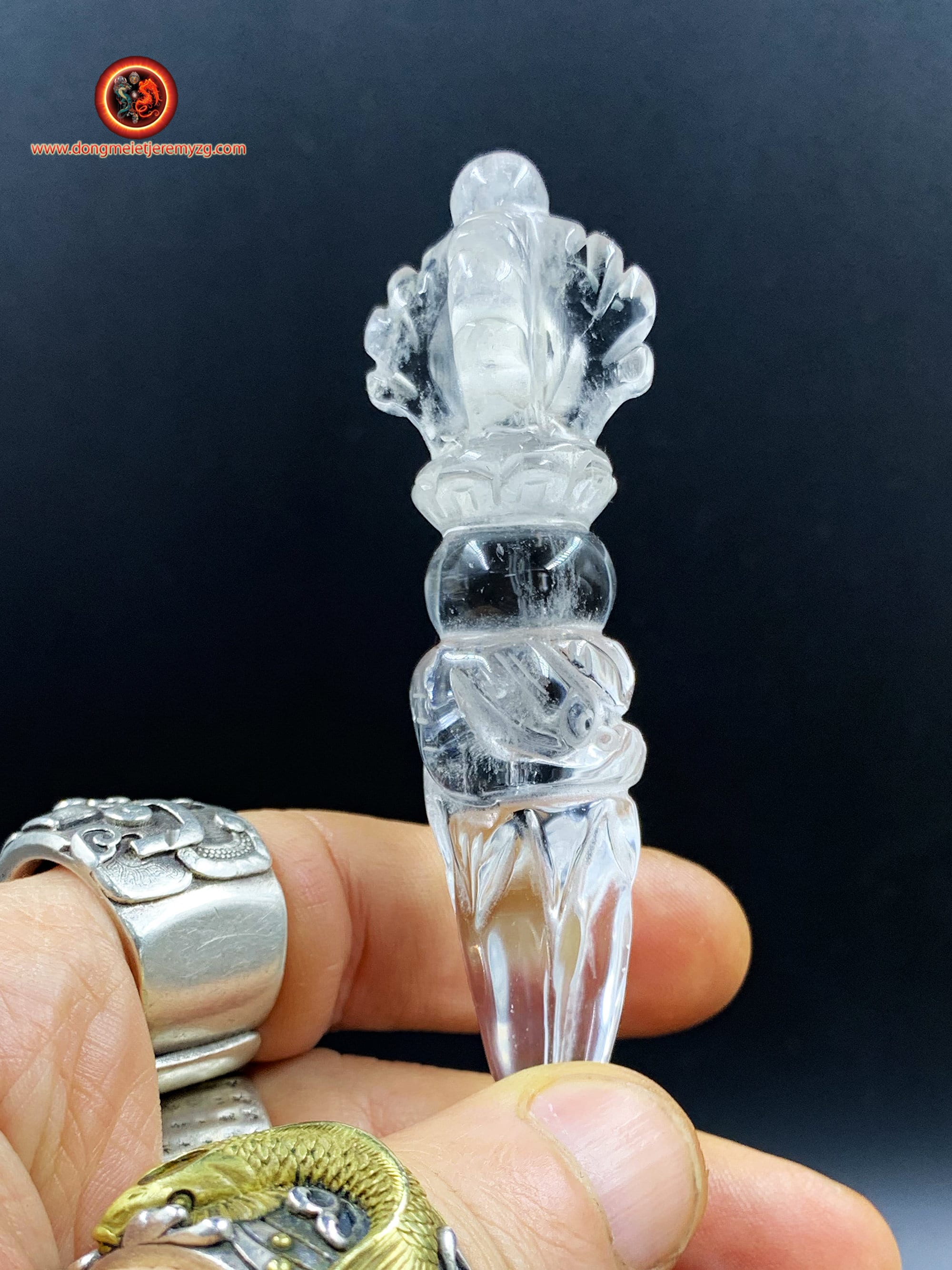 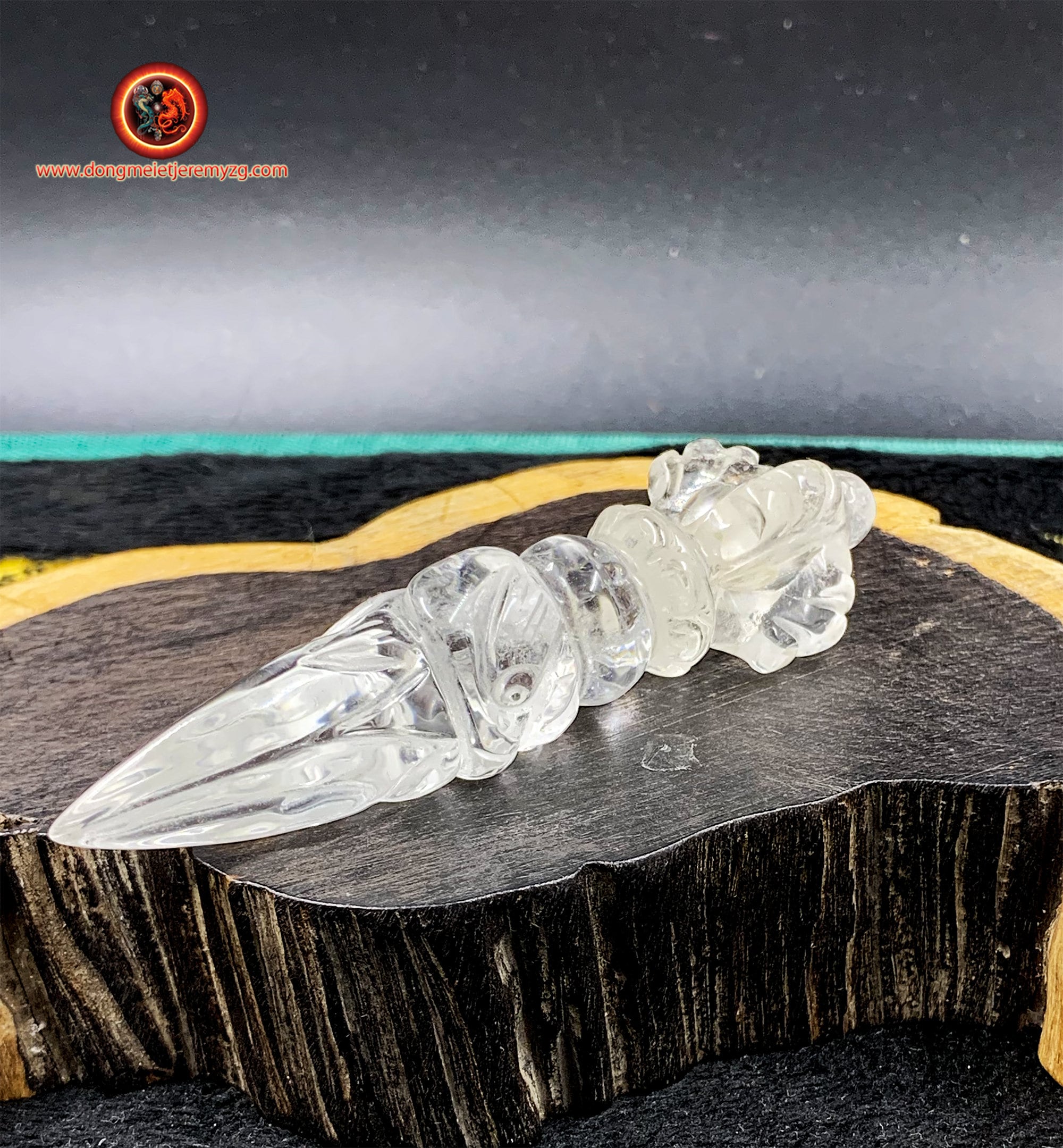 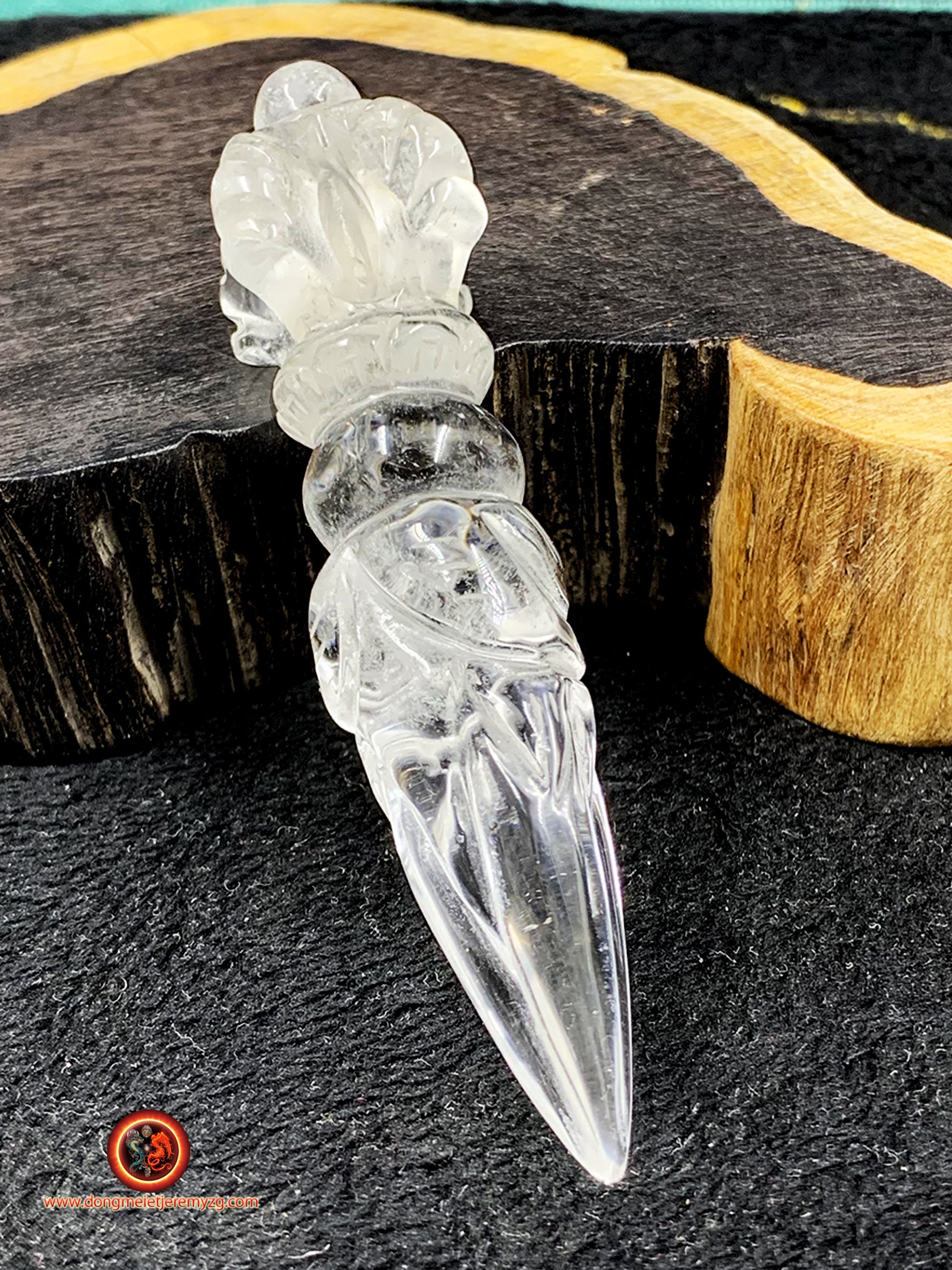 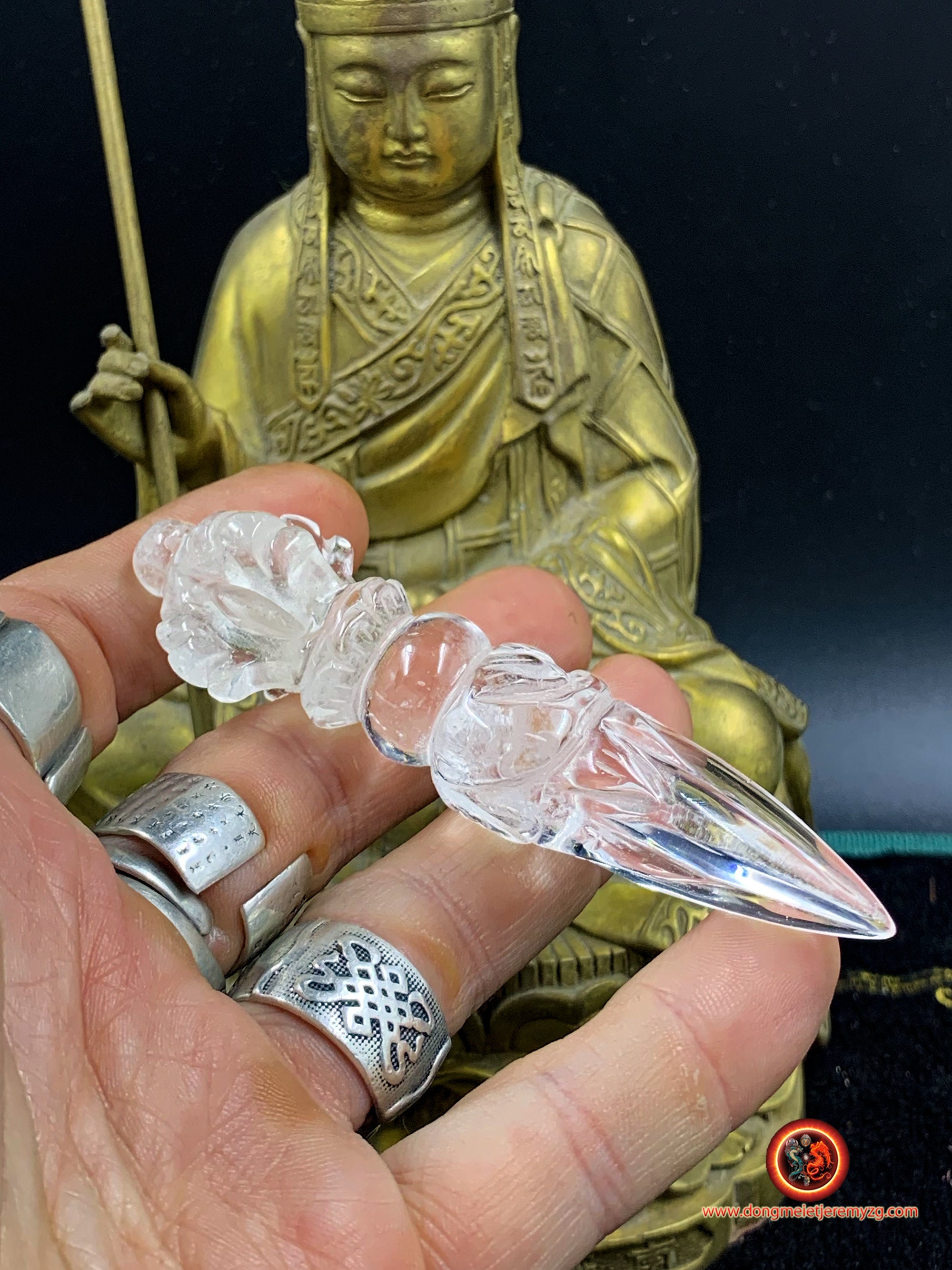 Phurba, the ritual object of Tibetan Tantric Buddhism.
Natural rock crystal from Brazil
About 10 cm long
Weight of about 37 grams

Video of the piece available via this link
https://www.facebook.com/dongmeietjeremyzhangguelle/videos/927708771389563