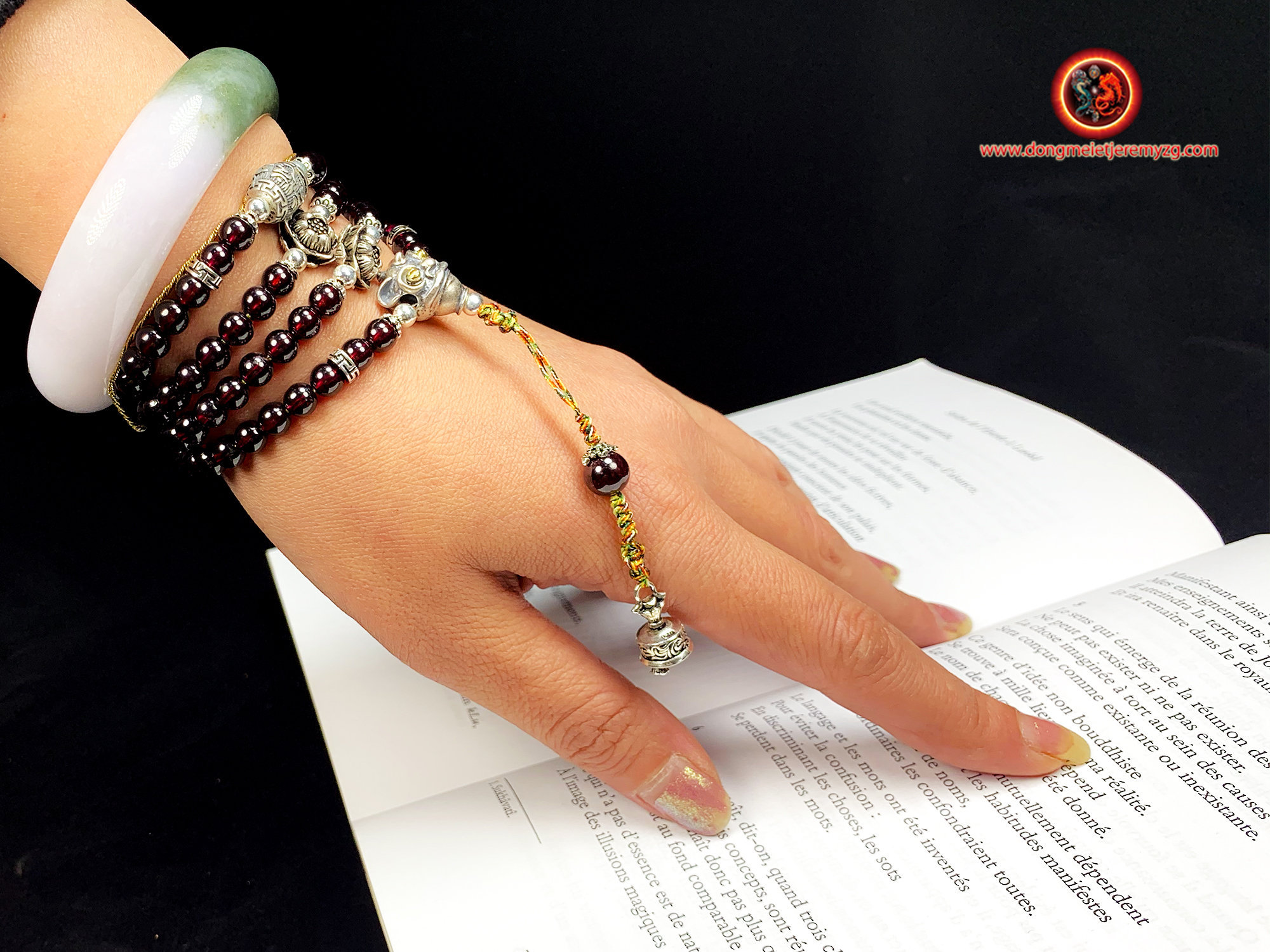 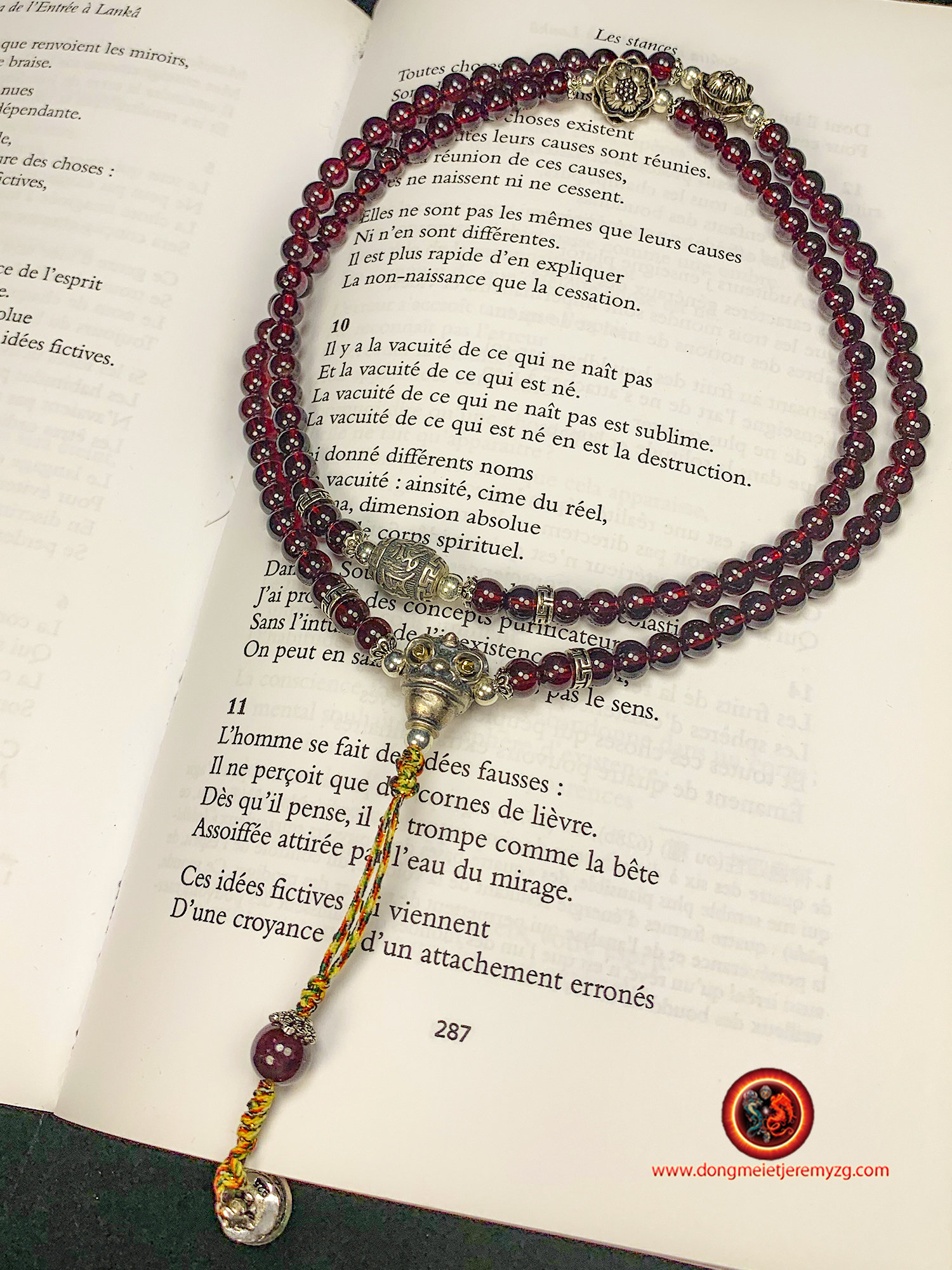 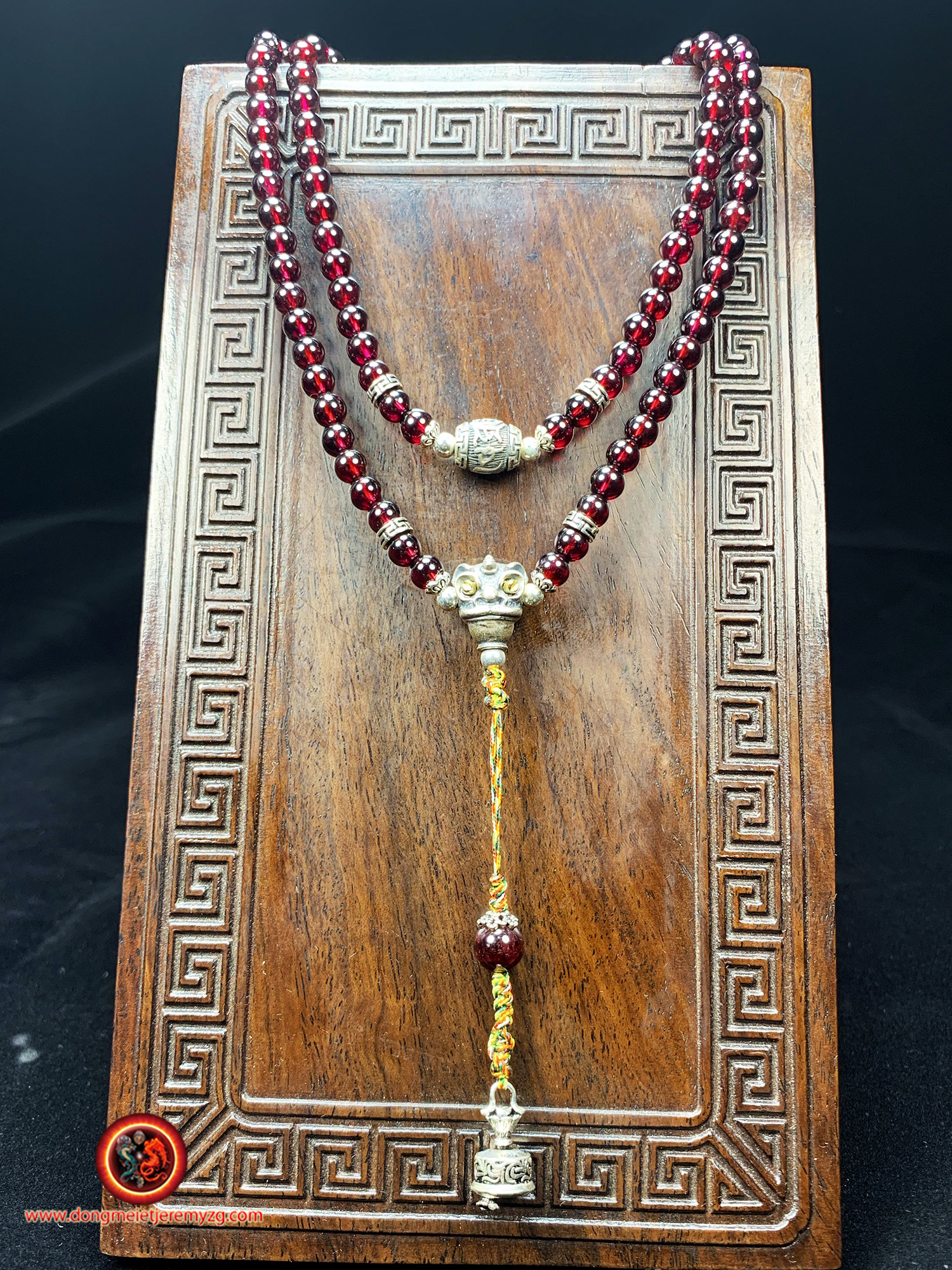 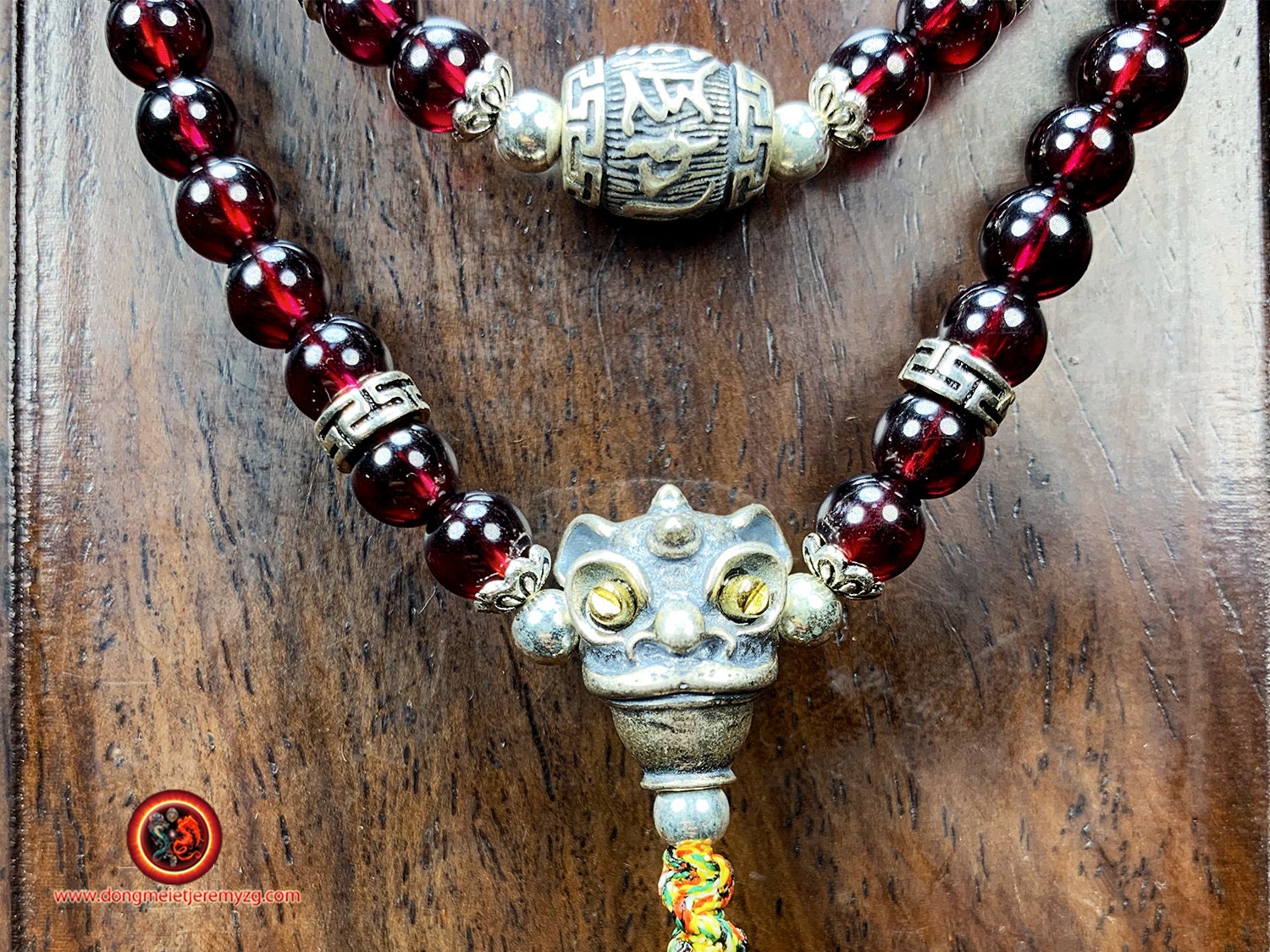 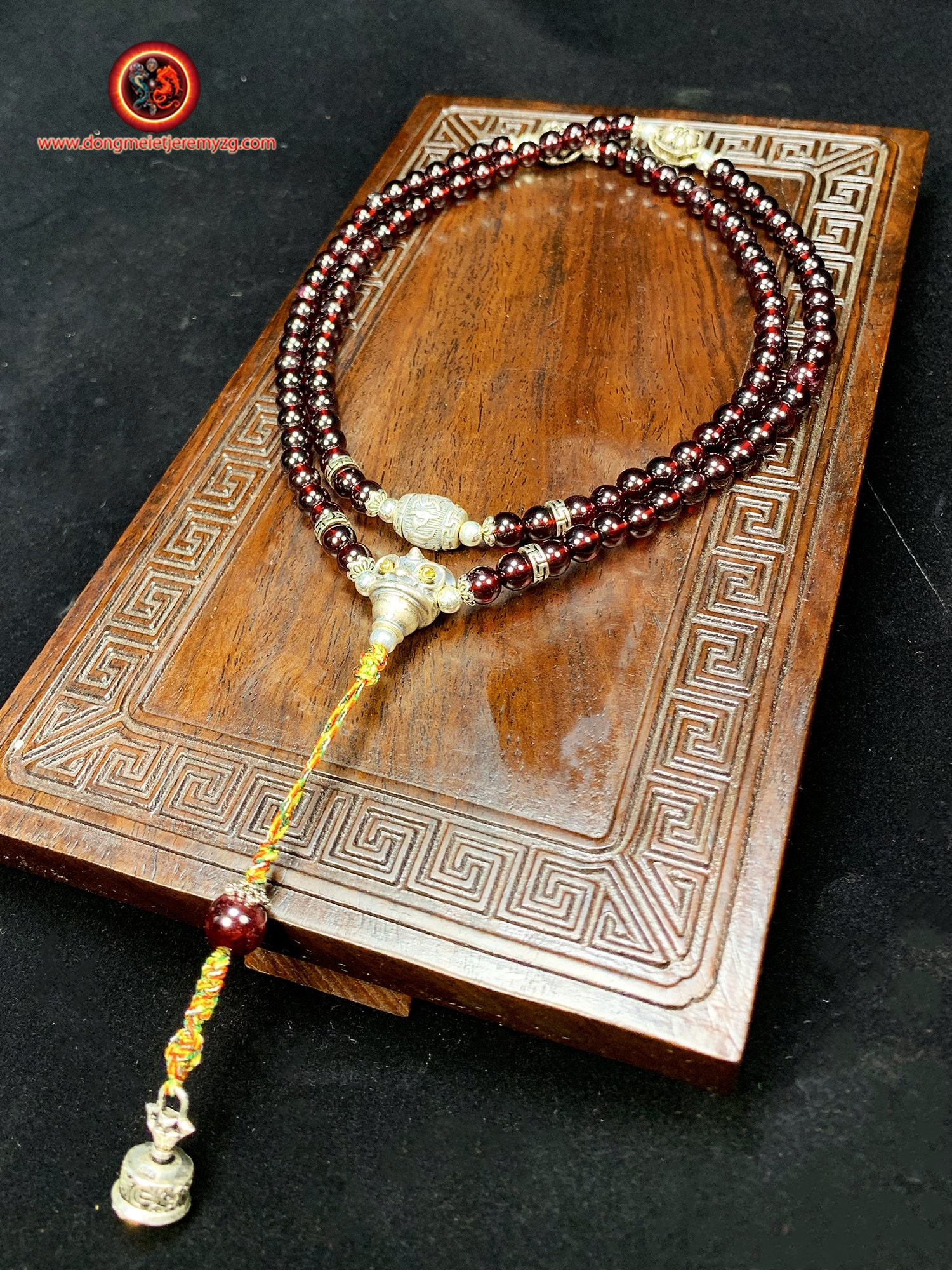 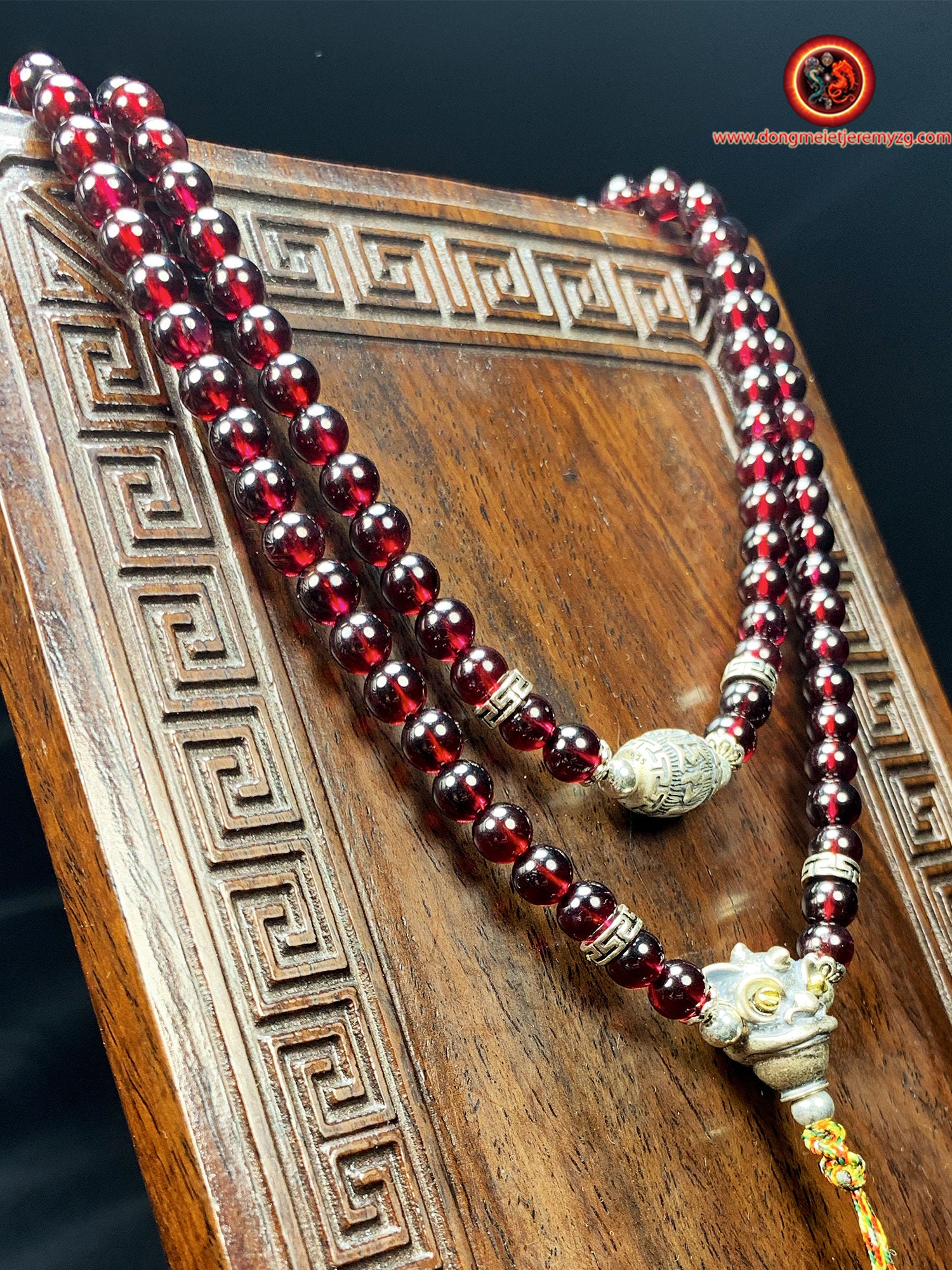 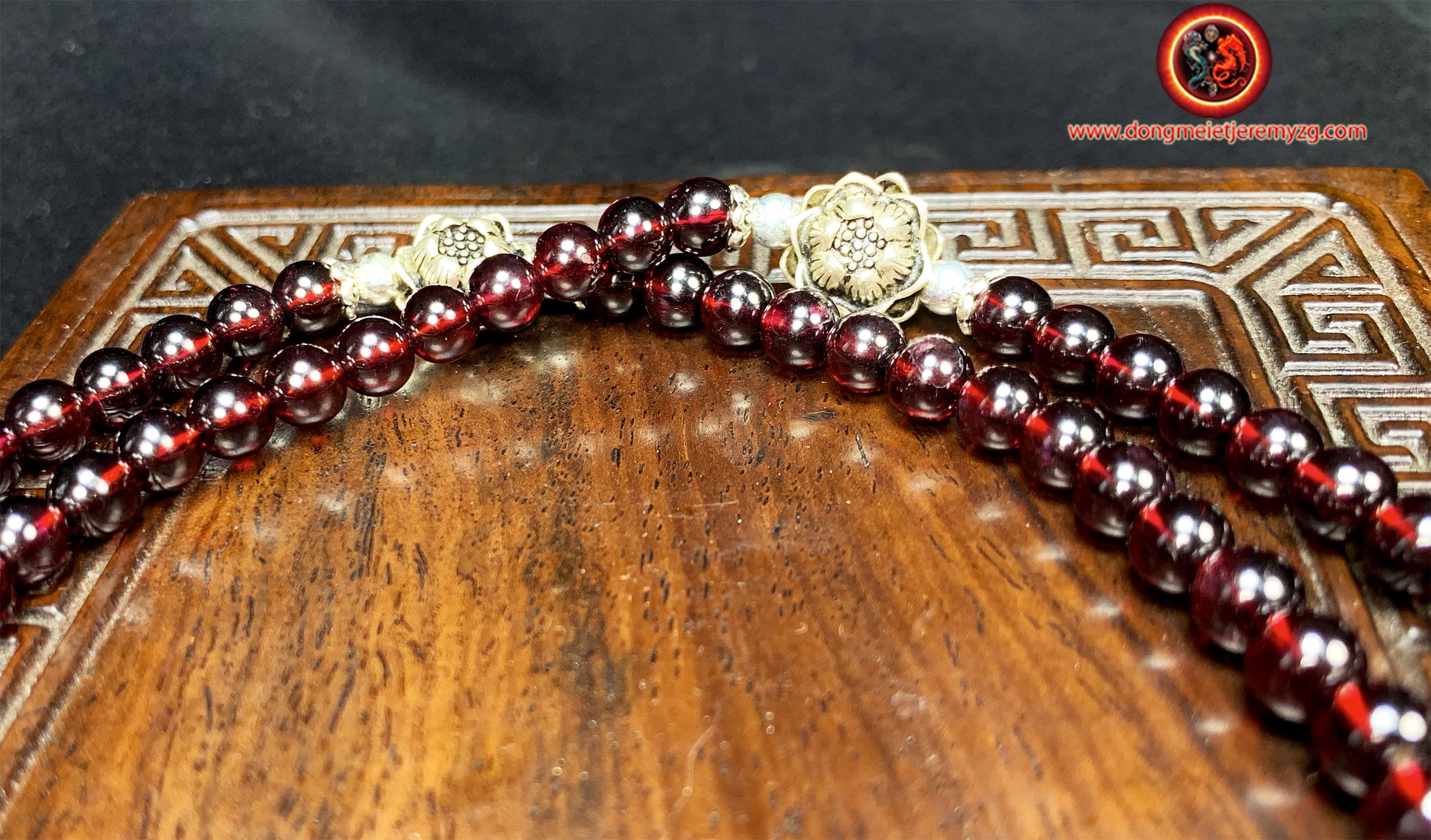 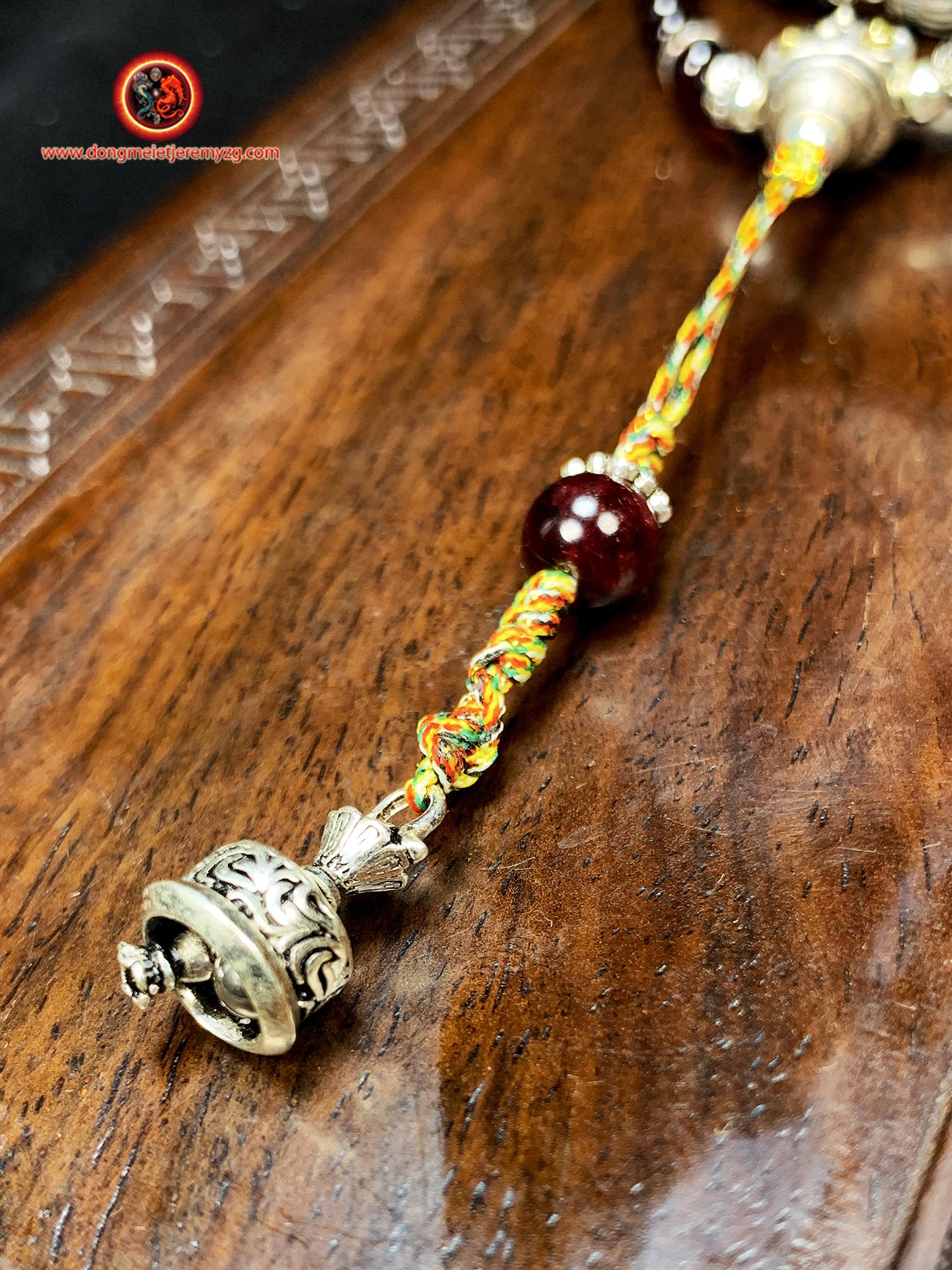 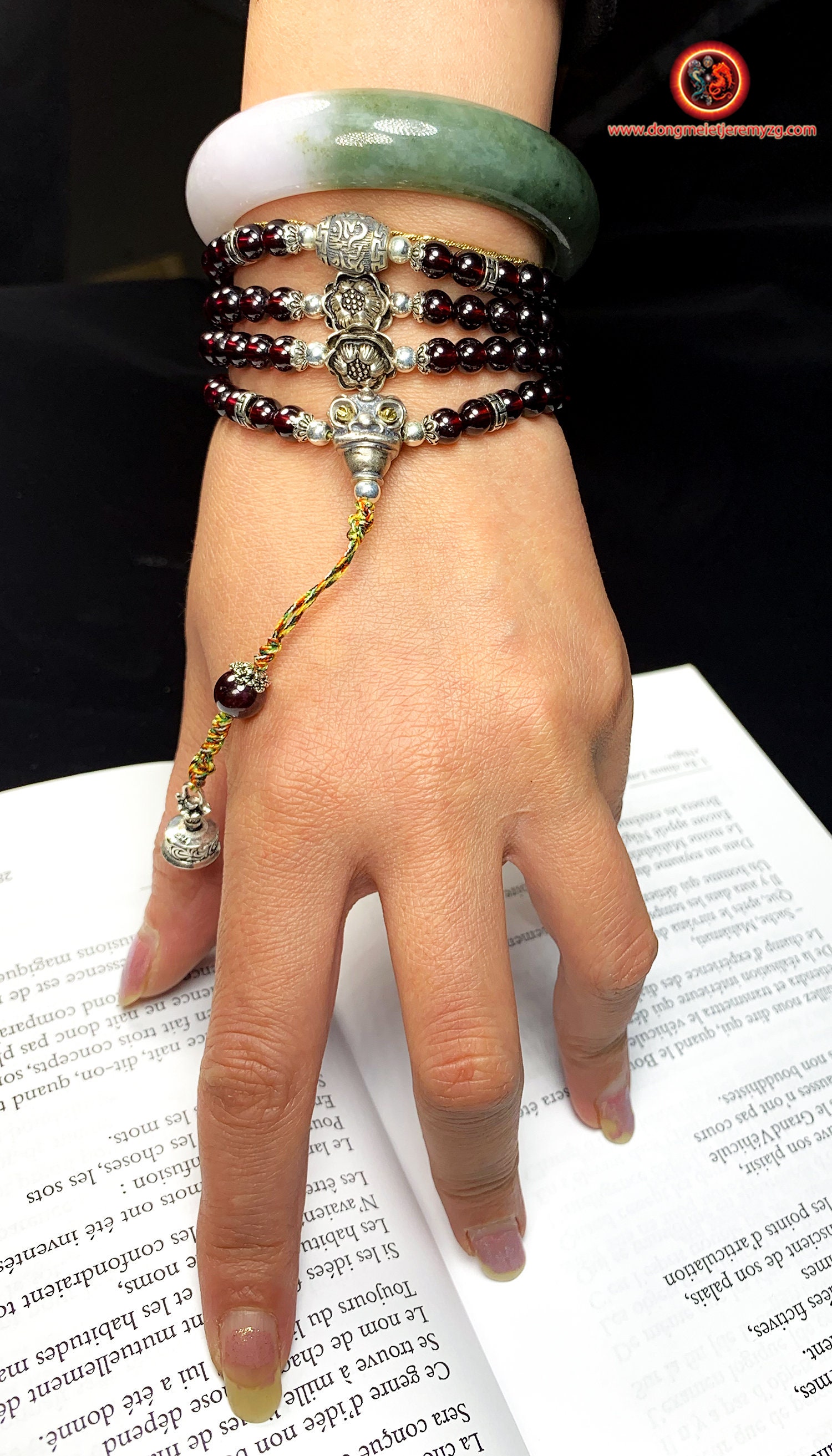 Pyrope garnet native to Mozambique diameter of each pearl of 6mm.

Mala made to order, allow between 7 and 10 days of preparation before sending.