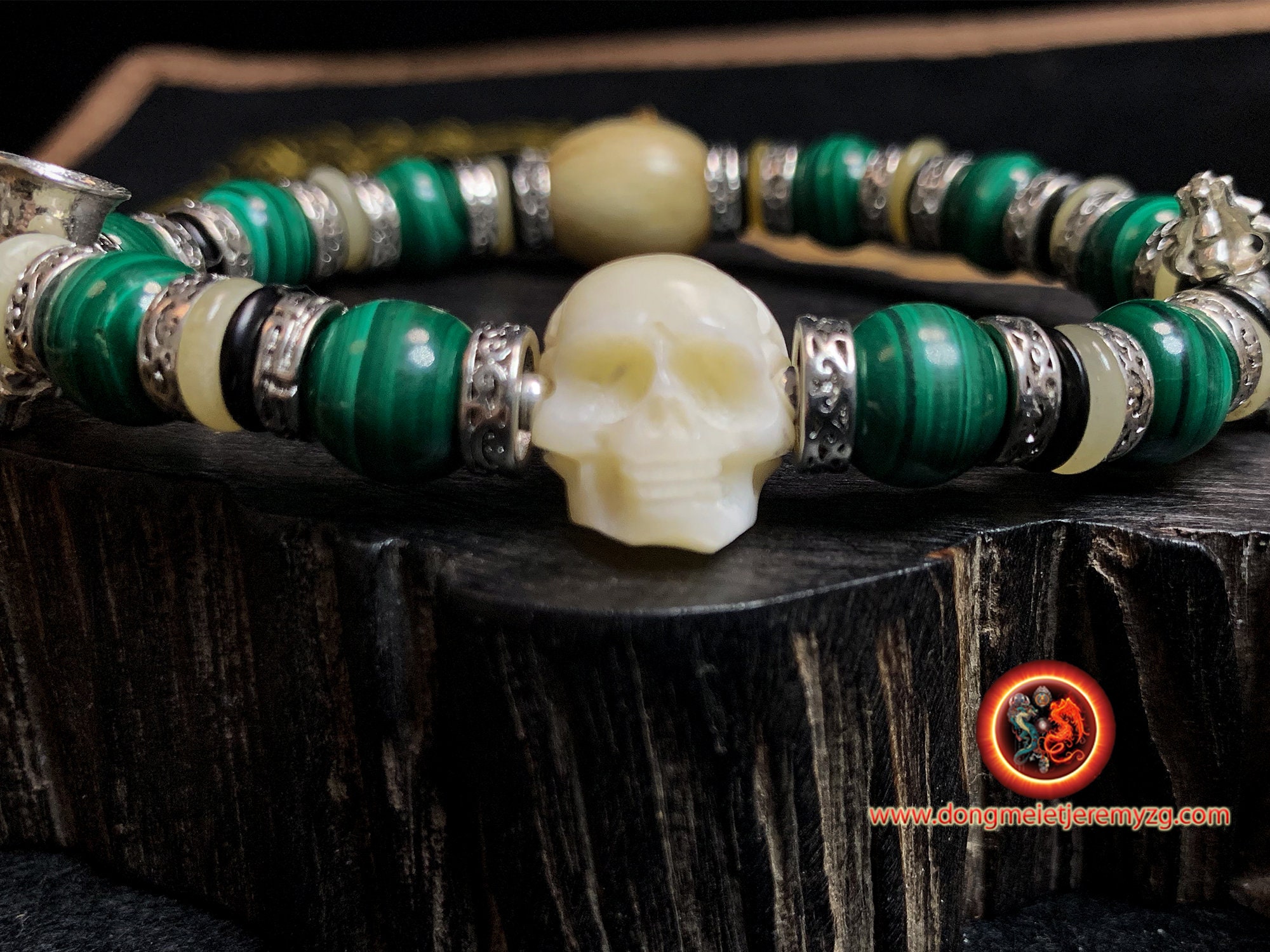 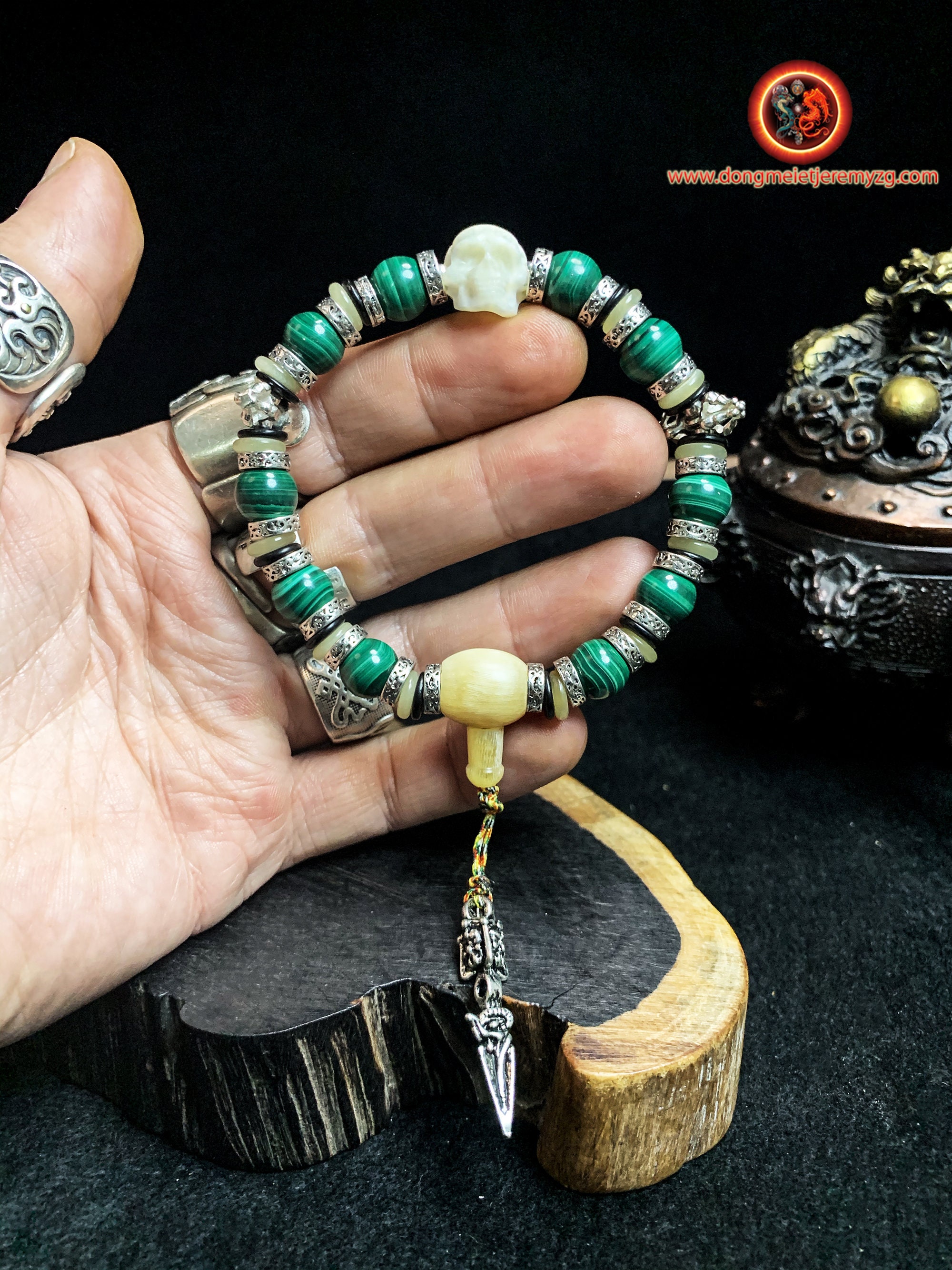 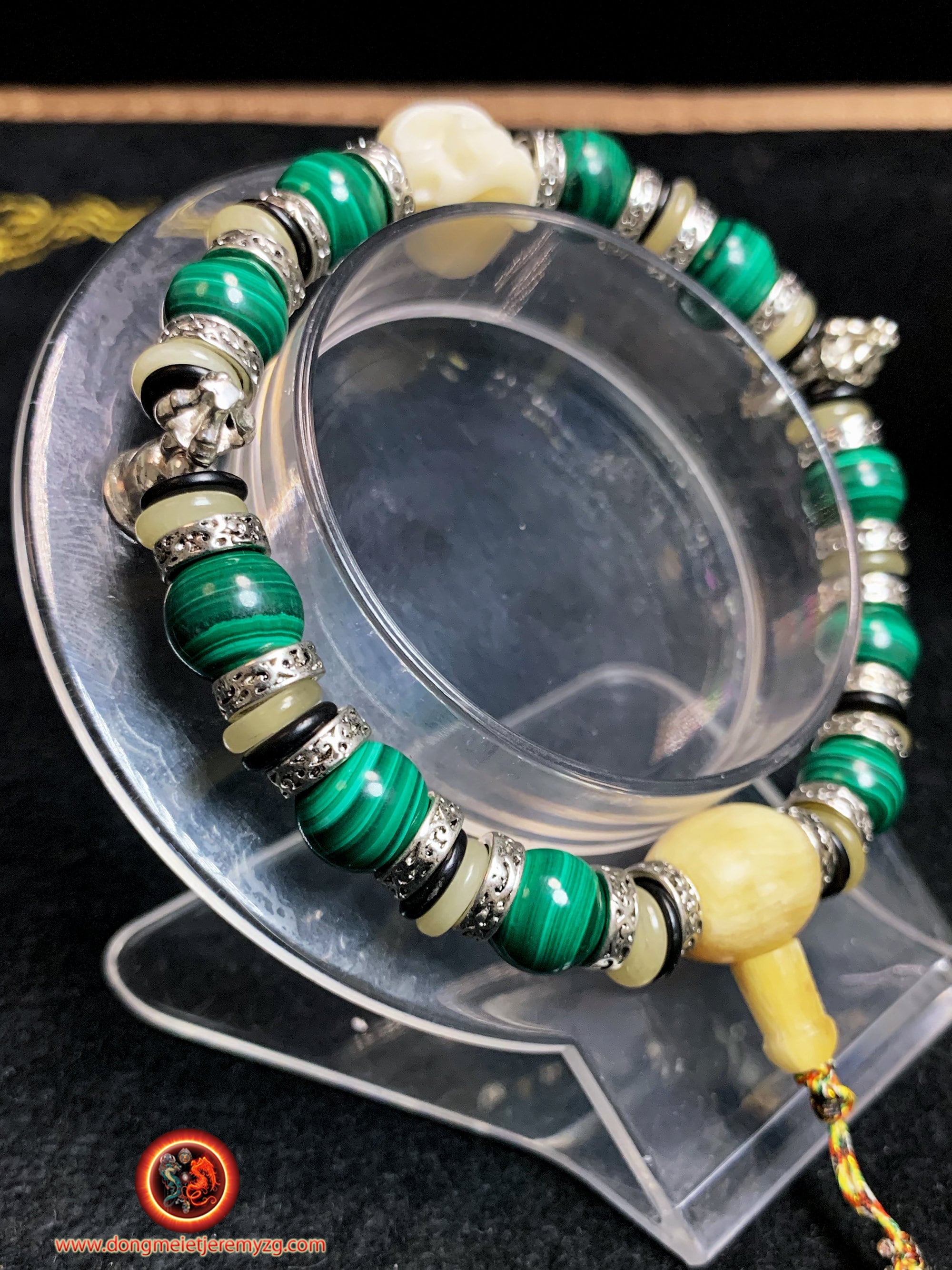 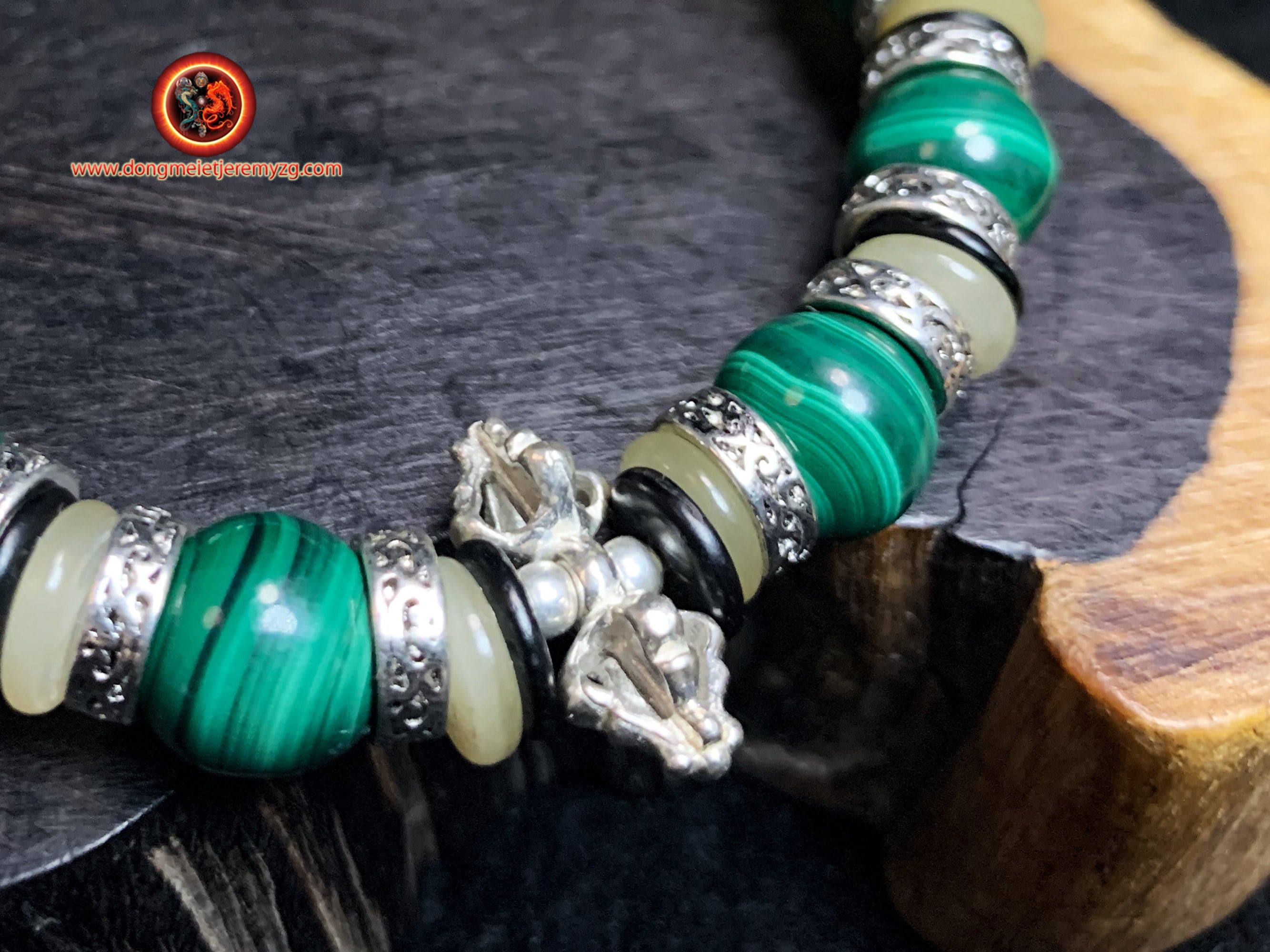 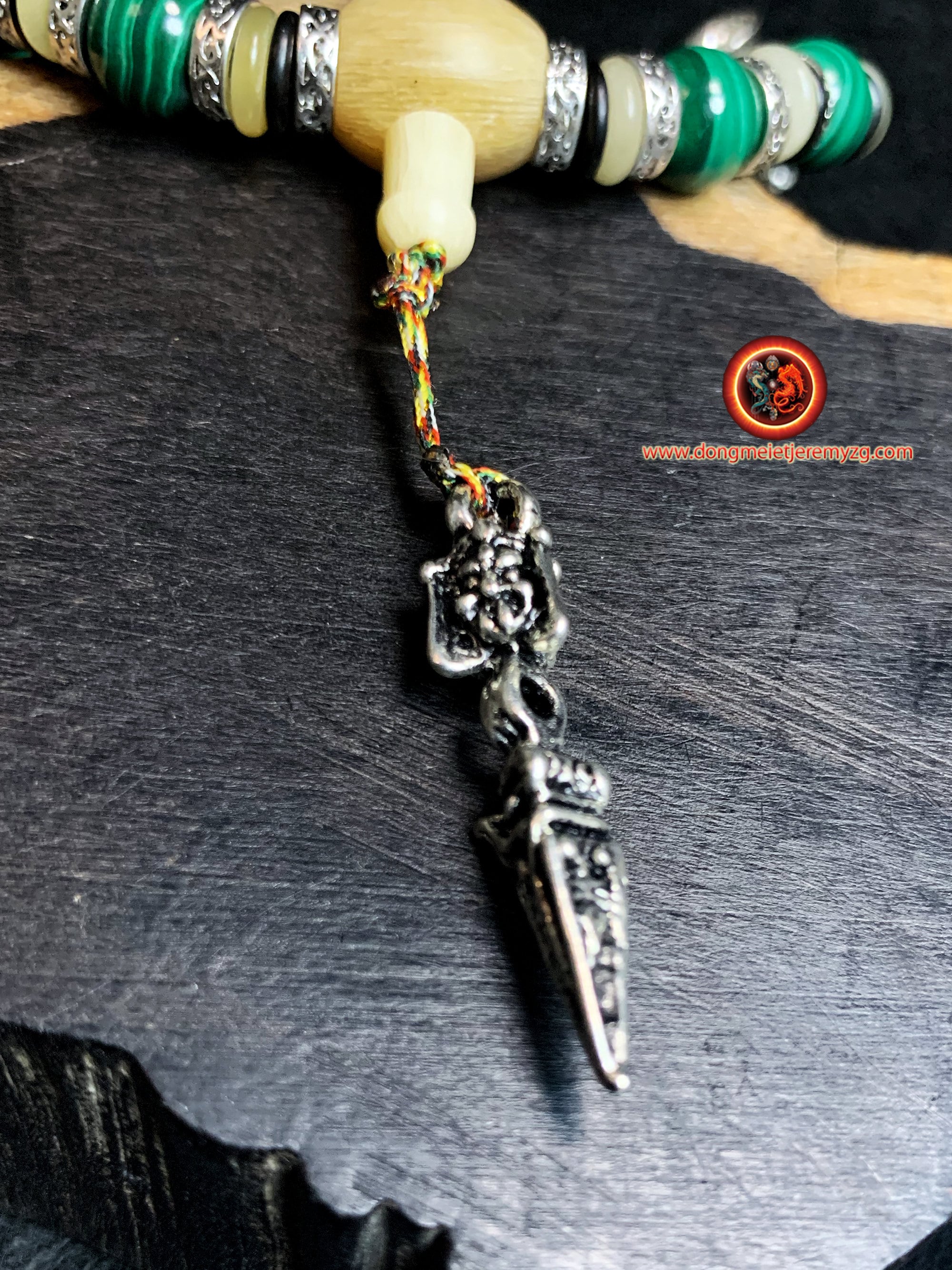 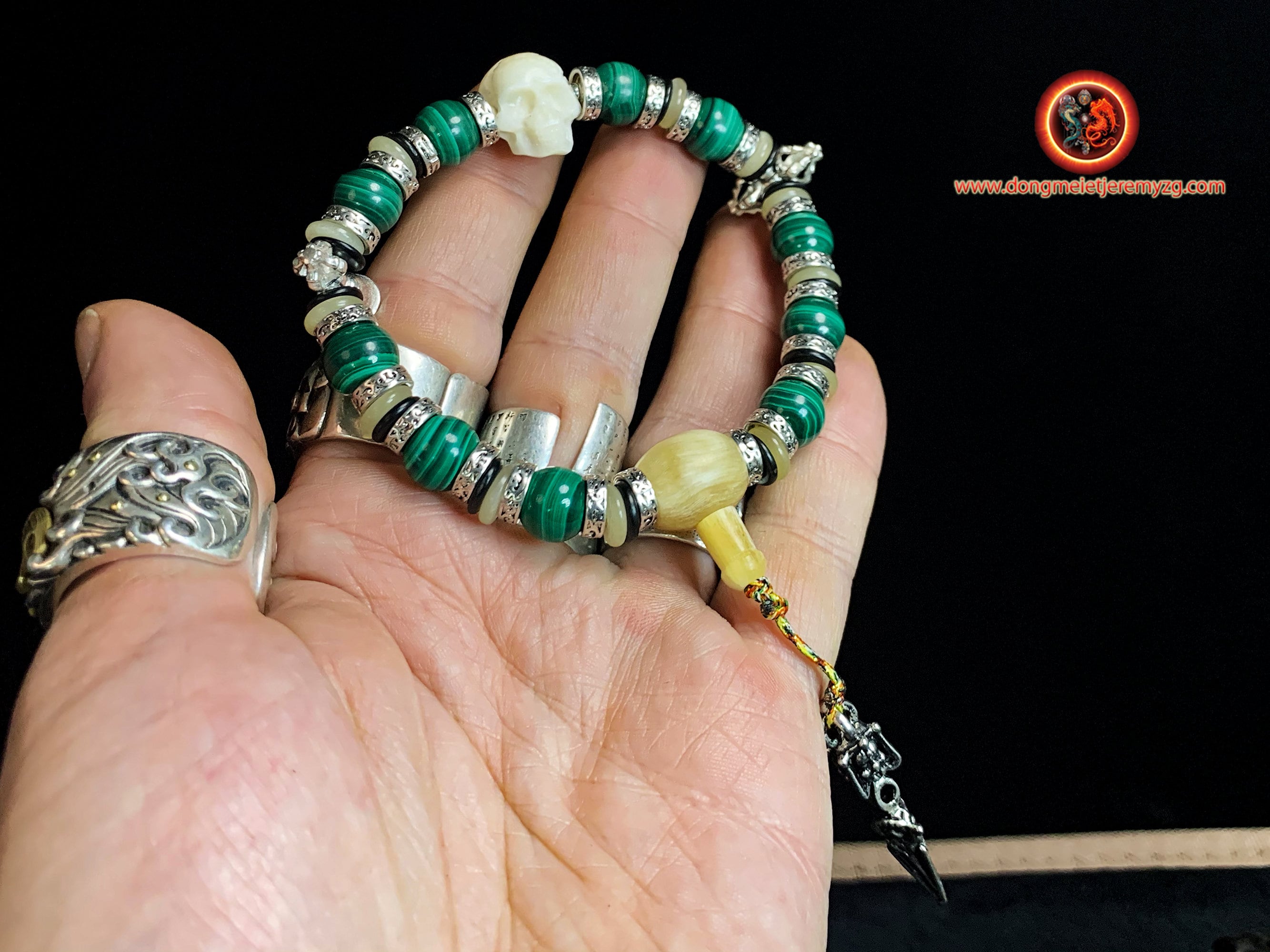 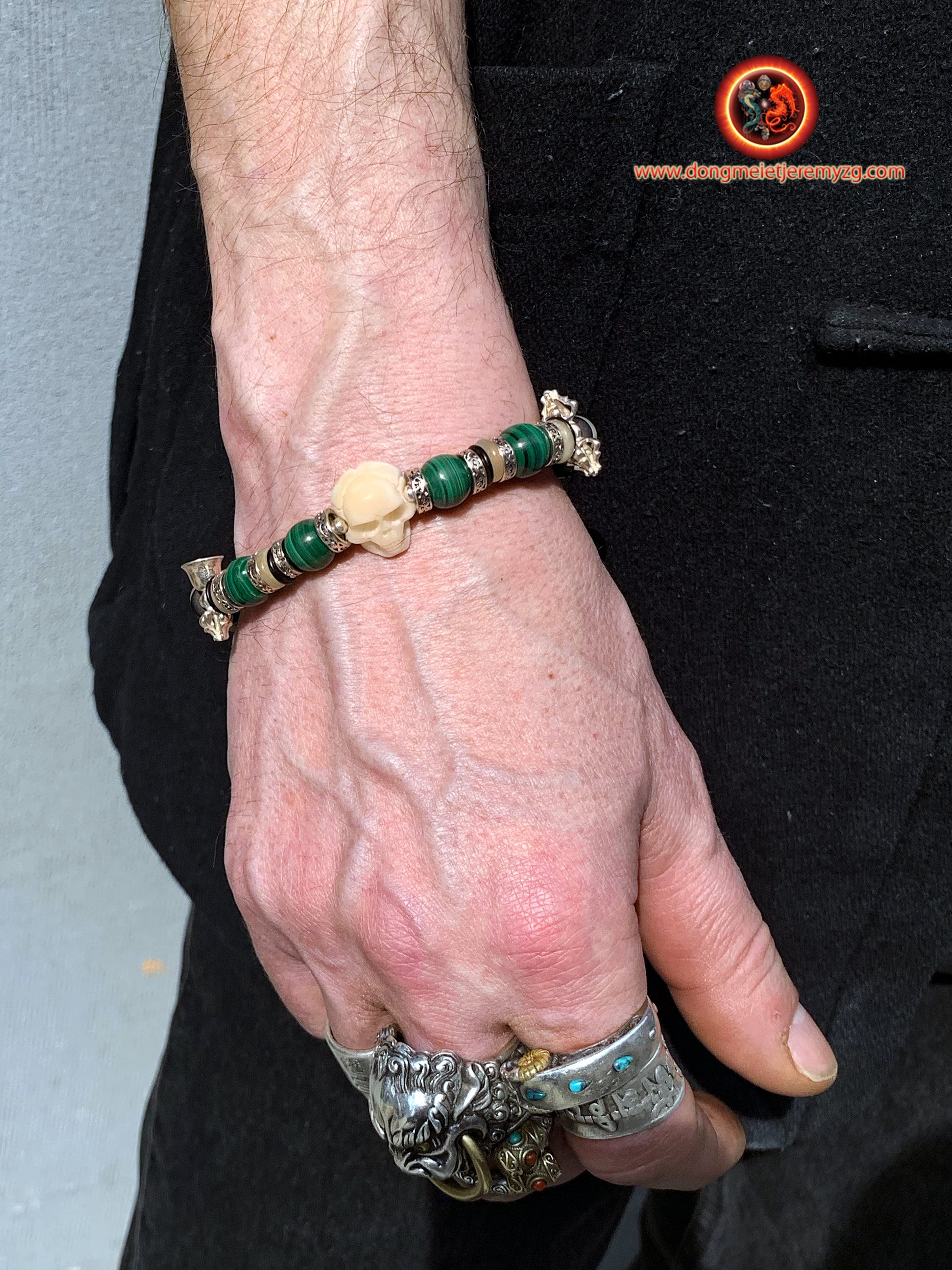 Malachite of Congo, pearls 8mm in diameter each