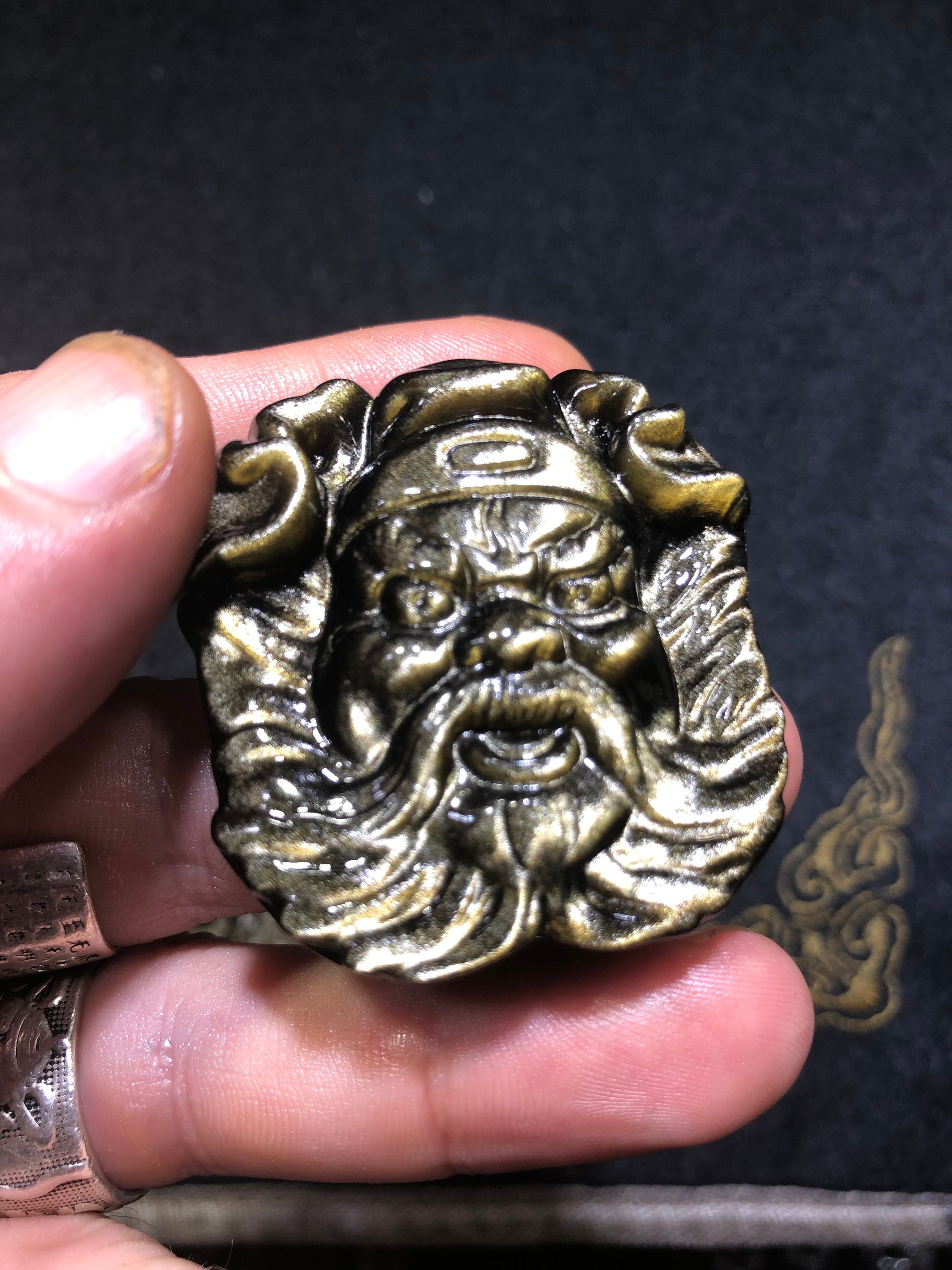 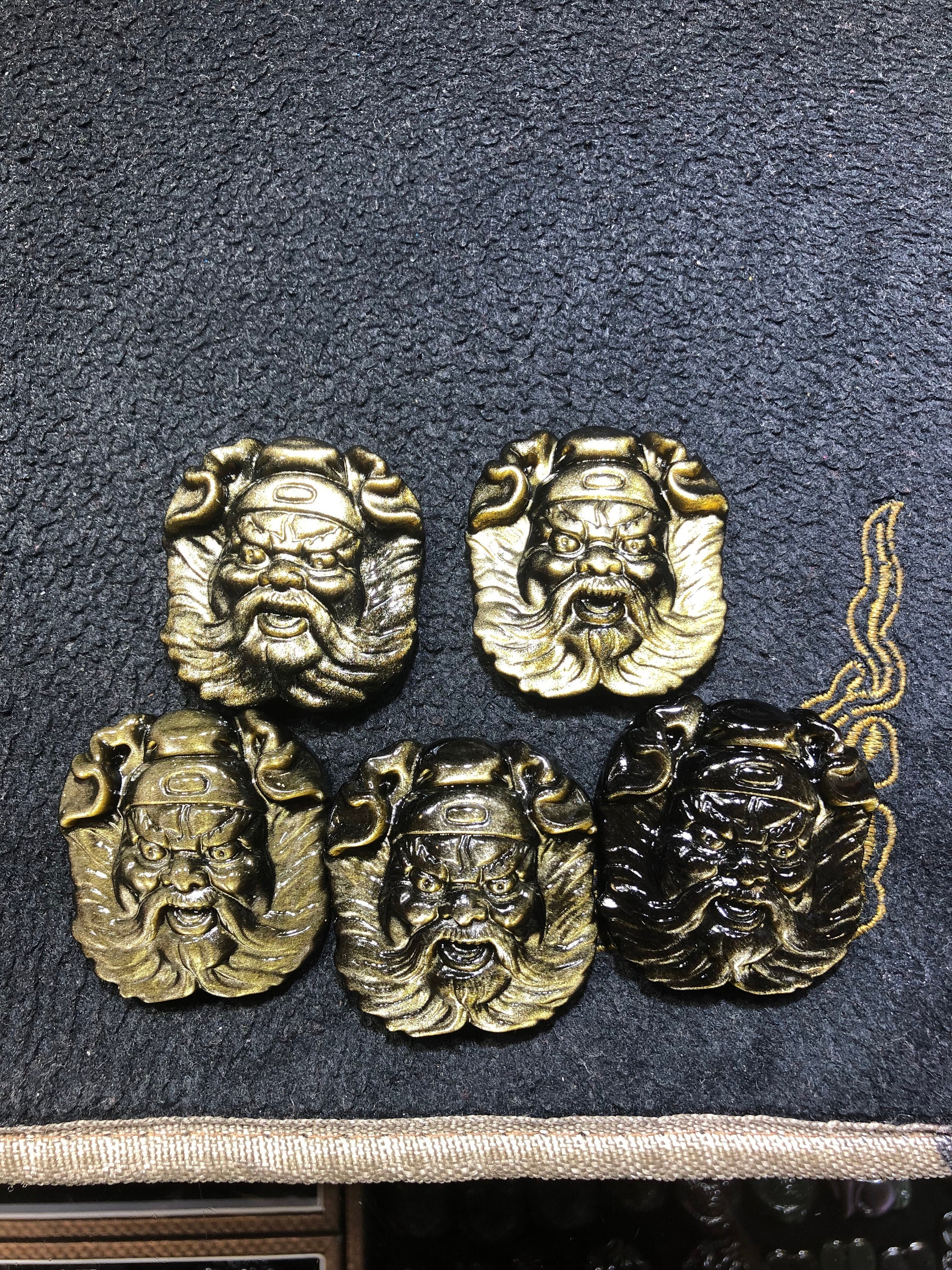 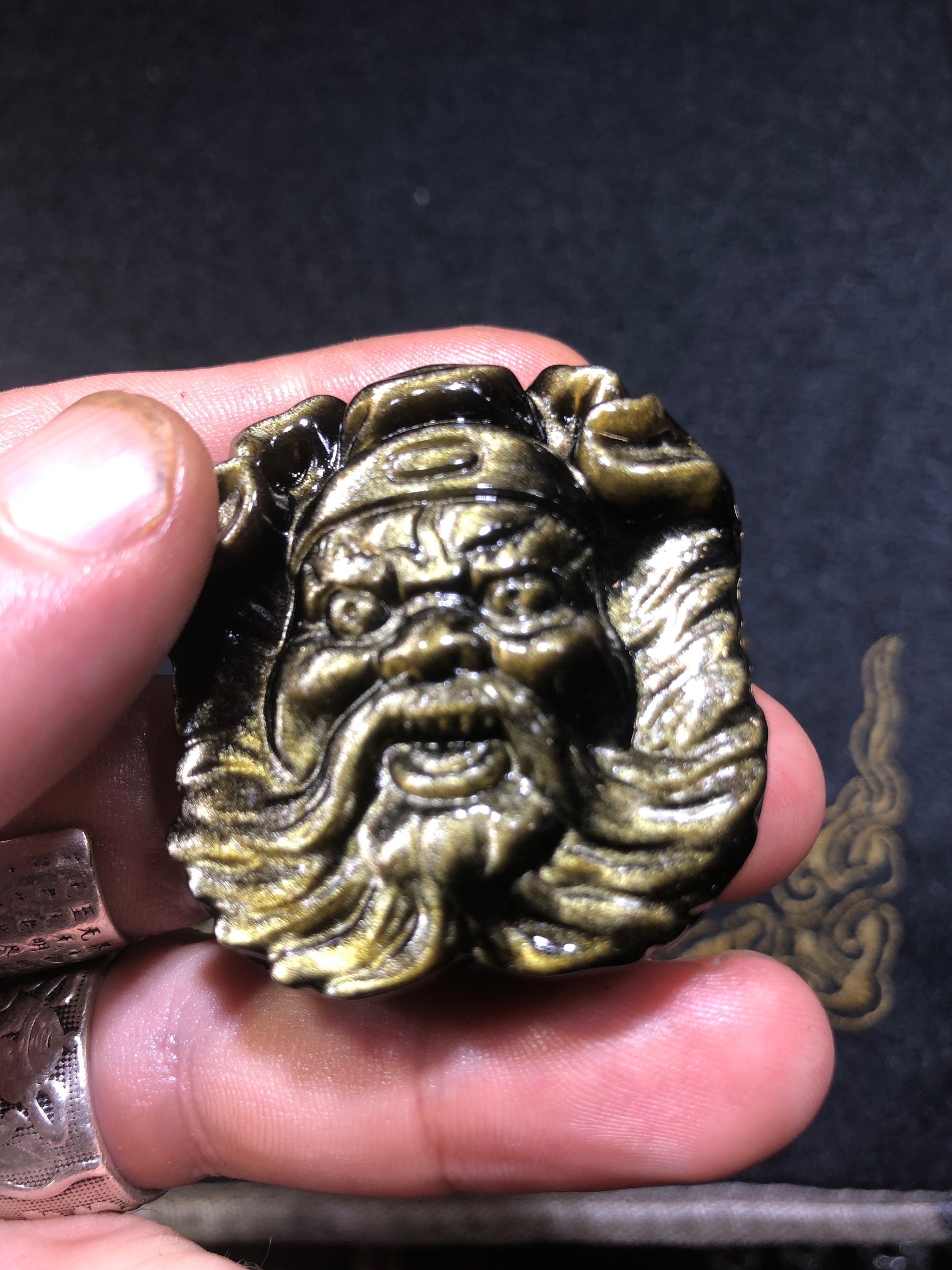 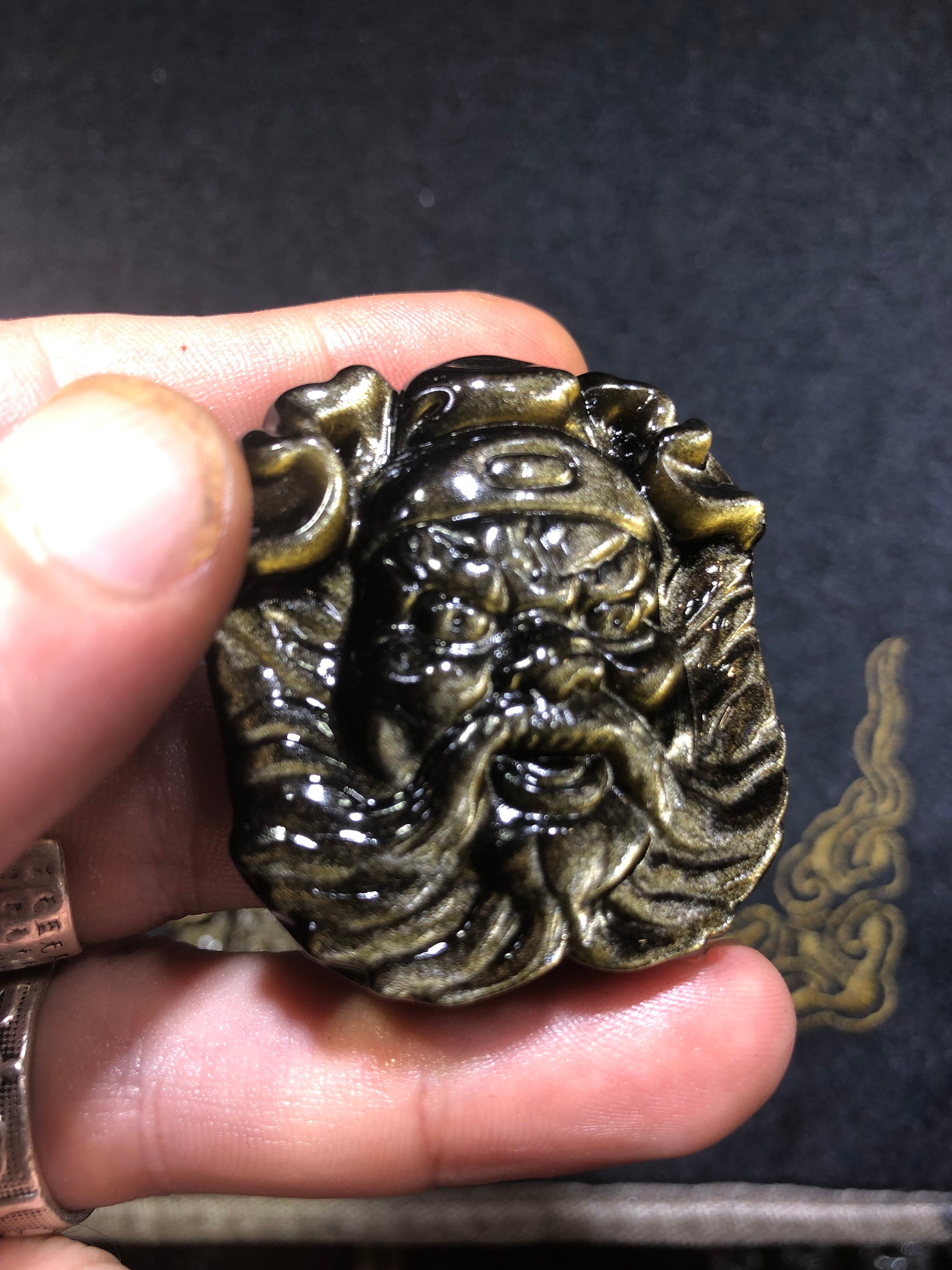 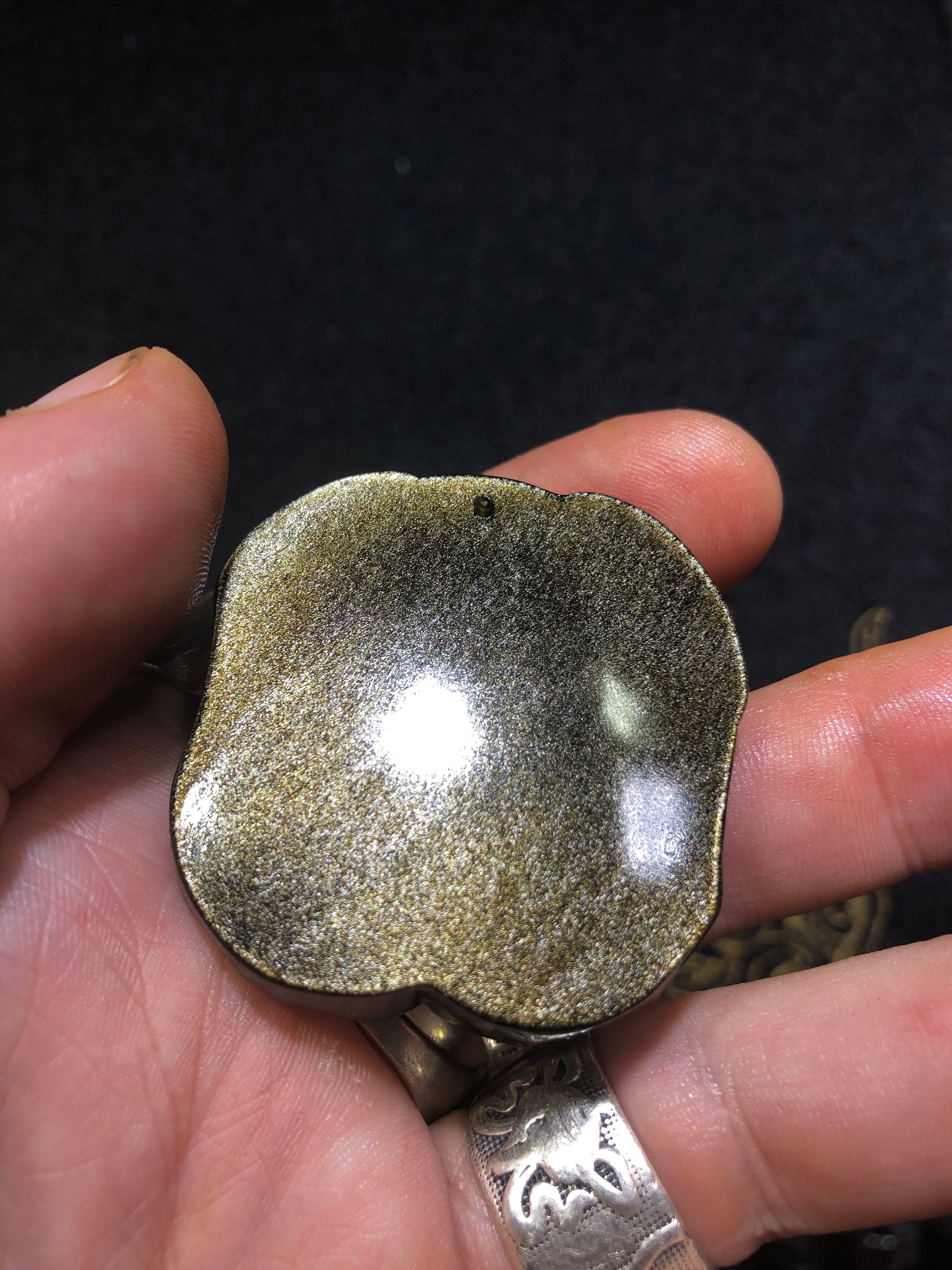 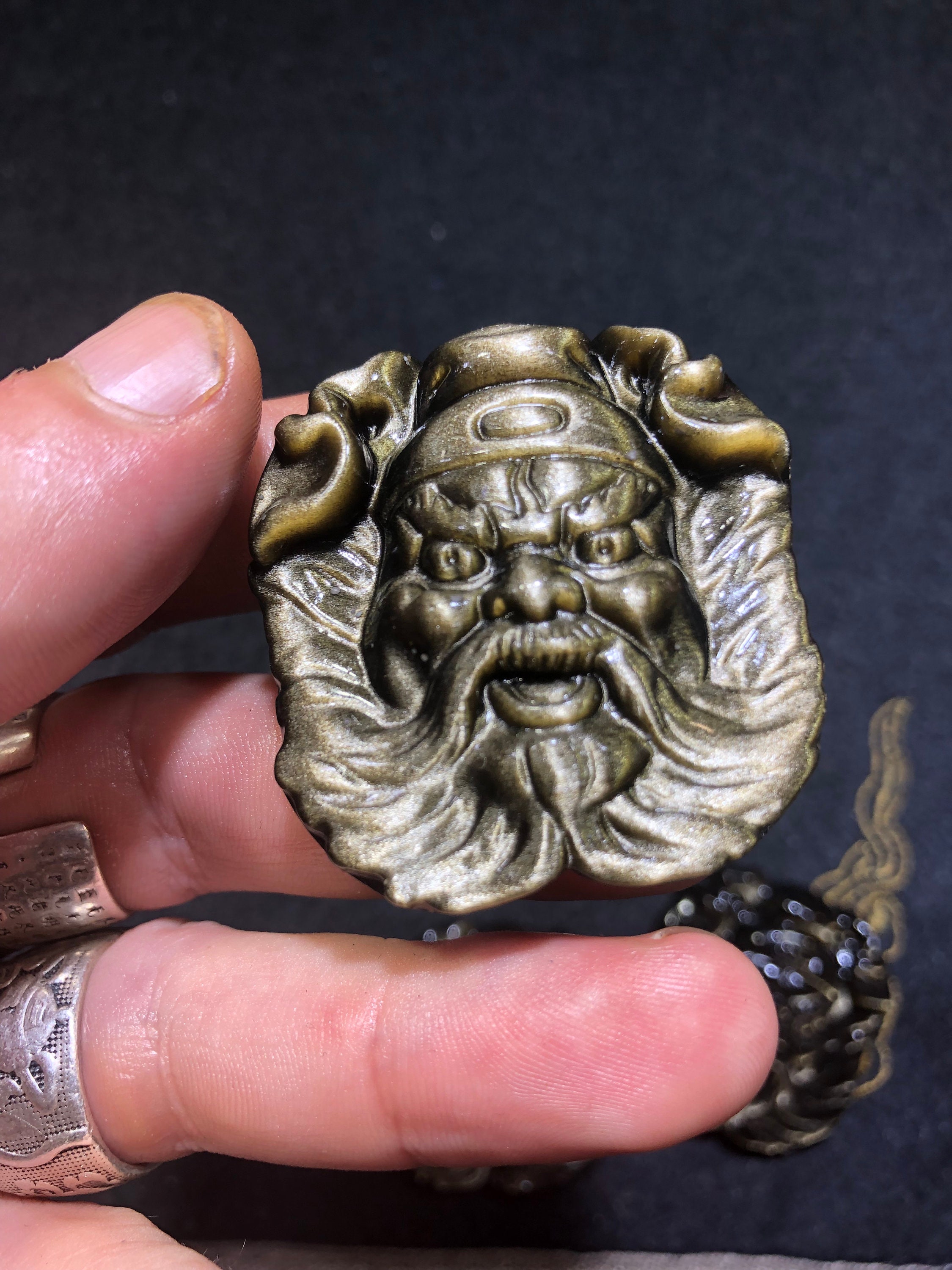 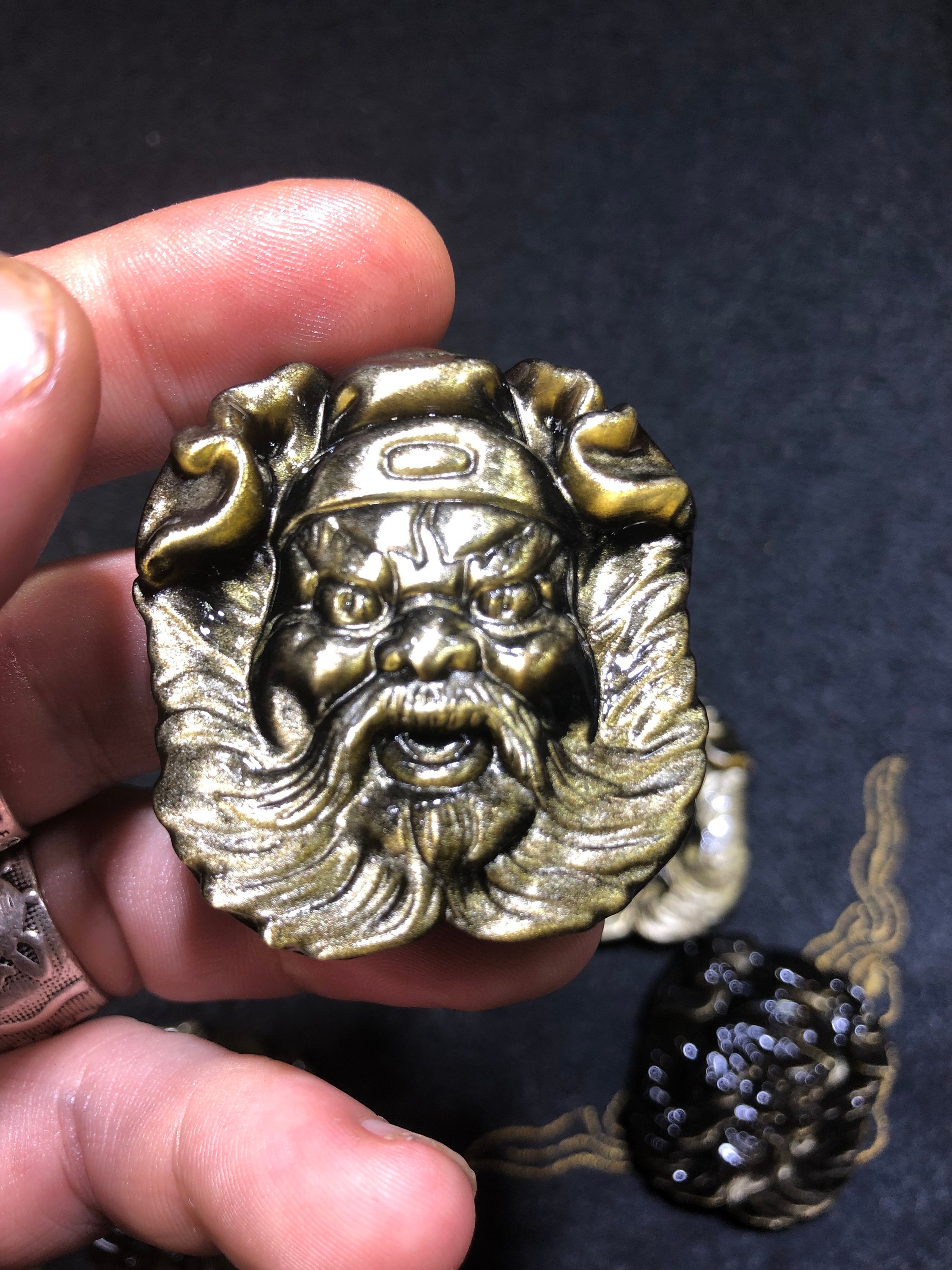 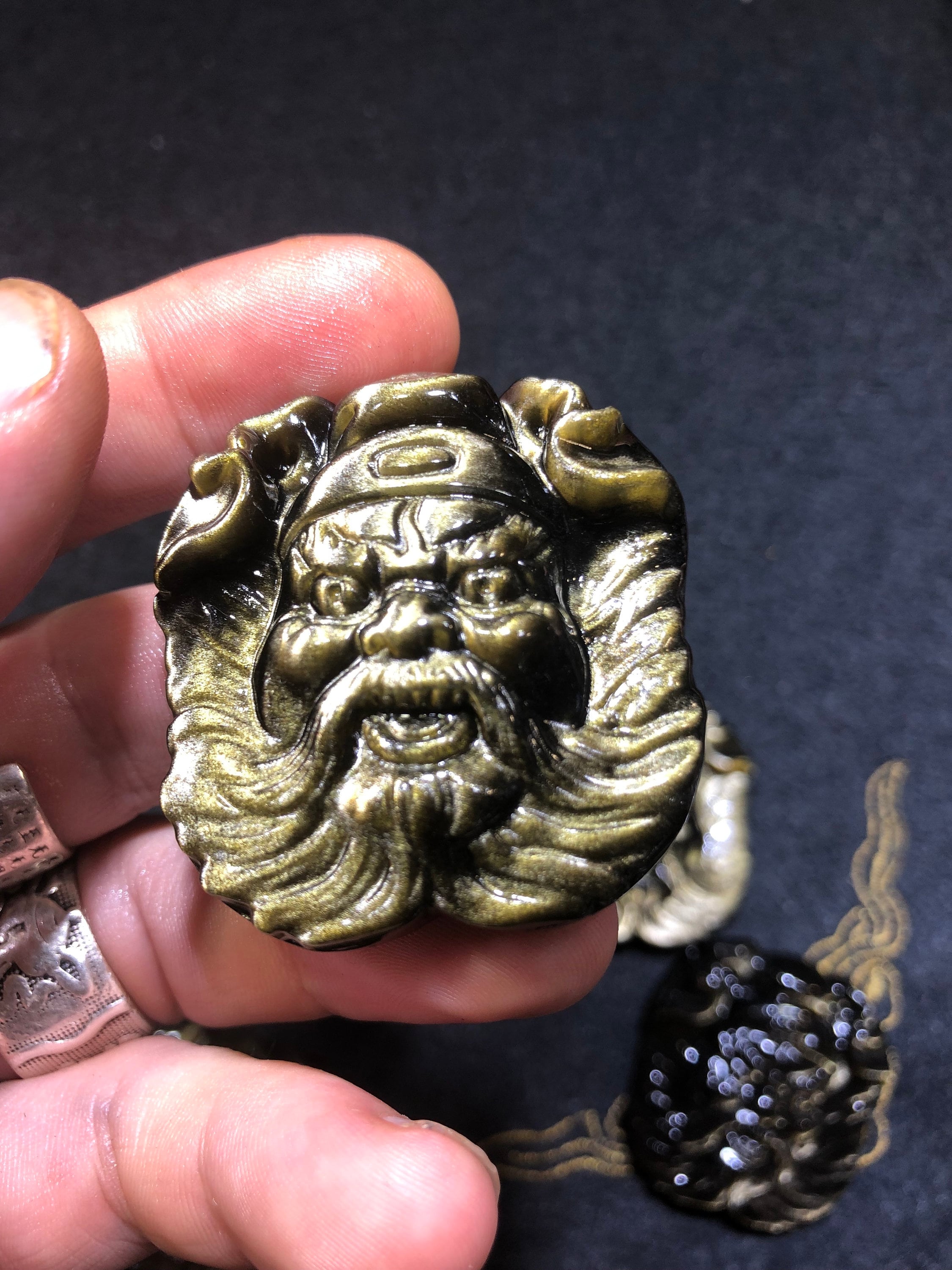 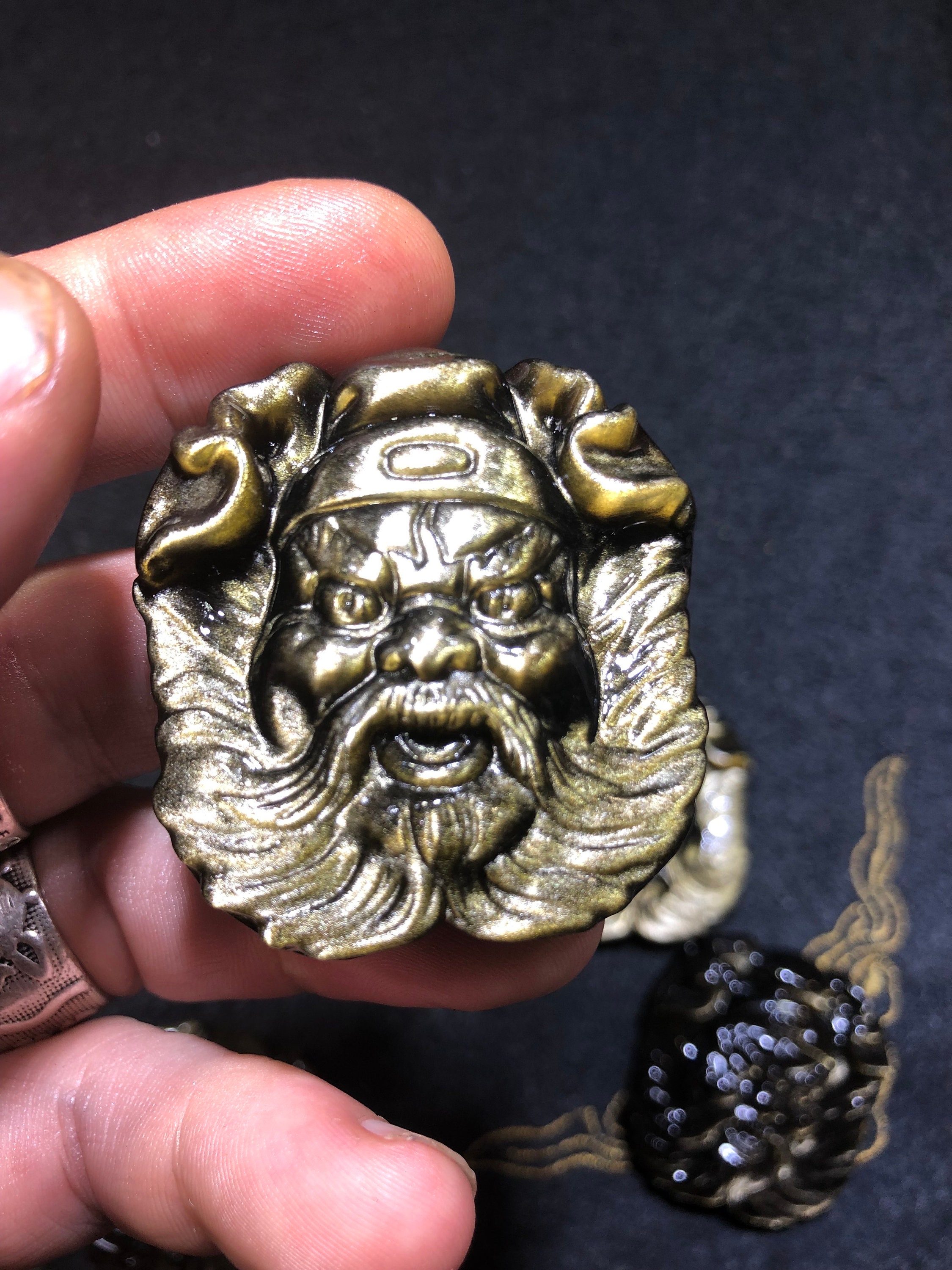 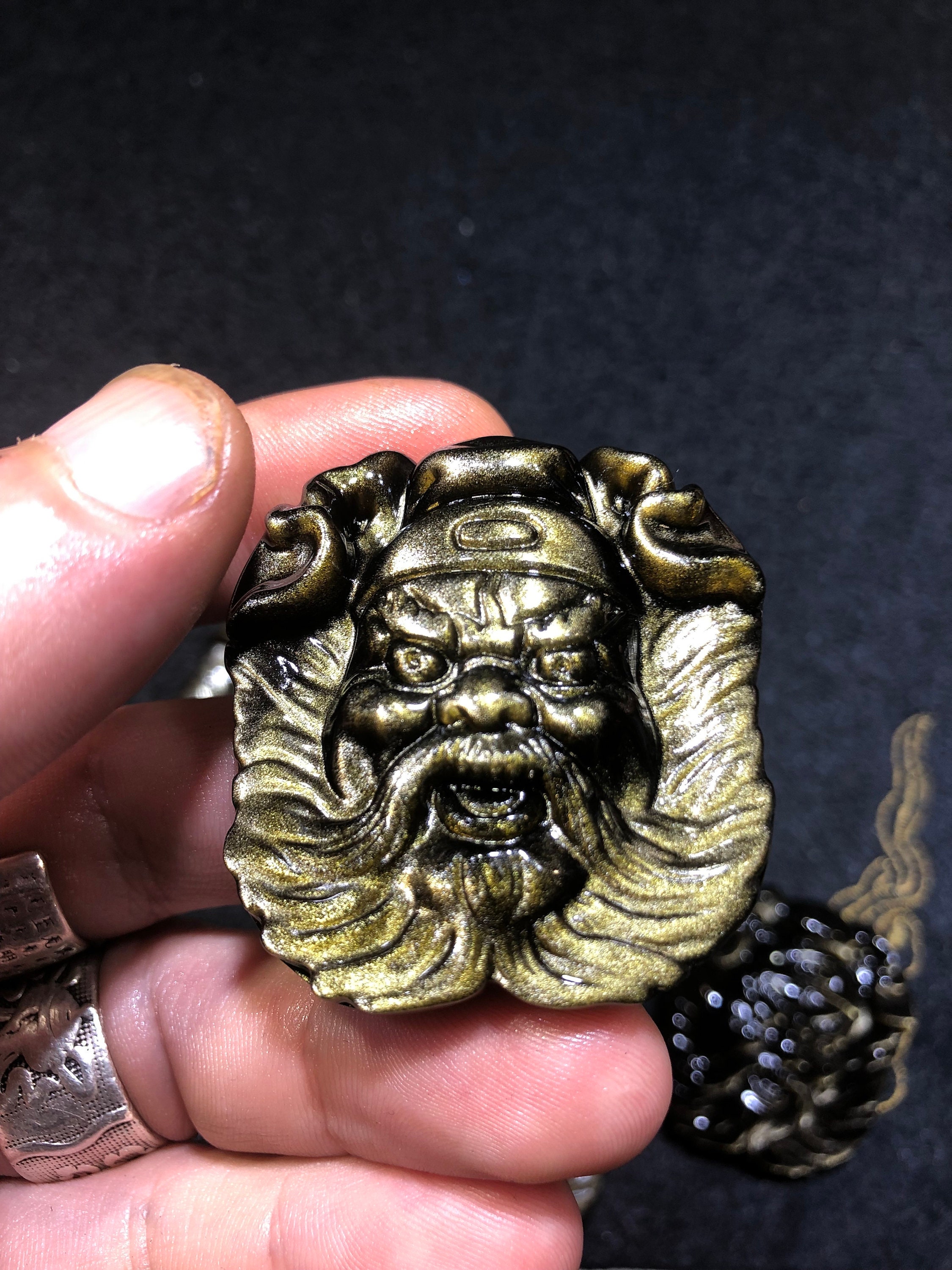 Video available by clicking on this link

Our article on obsidian available on our blog has this address

He is often depicted in Japanese art. He appears bearded, armed with a long sword and sometimes wearing a wide straw hat. This hero fights and puts to death oni (Japanese devils).

According to Chinese tradition, he was a gifted but very ugly young man living in the Tang Dynasty. He went to the imperial exams for a year with his friend Du Ping (杜平) and topped the competition. However, during the interview that the laureates were to have with the emperor, the latter deemed him too ugly to hold public office and cancelled his bachelor's degree. Out of spite, Zhong Kui threw himself headfirst against the steps of the palace and died. The emperor posthumously offered him an official's robe and the King of the Underworld appointed him chief of the ghosts in compensation. To thank Du Ping who had arranged his funeral, Zhong Kui returned to earth on New Year's Eve to arrange a wedding between him and his sister, an episode evoked in Peking opera, Zhong Kui married his sister (鍾馗嫁妹).

The first known literary mention of this character would be in the Unofficial History of the Tang (唐逸史), a lost work dating from the Song Dynasty. Tang Emperor Xuanzong, sick, reportedly saw in a nightmare a demon steal one of his flutes and the embroidered purse of favorite Yang Guifei. A larger demon wearing a Mandarin headdress would then have appeared and made the first one flee after tearing off an eye that he would have swallowed. He would then have introduced himself as Zhong Kui of Nanshan (南山), having vowed to rid the empire of harmful influences. The emperor woke up healed and ordered the official painter Wu Daozi to make the portrait of the exorcist spirit, and have one placed on the door of his bedroom. Still in the nineteenth century, Zhong Kui sometimes appears on the doors as a protective god.