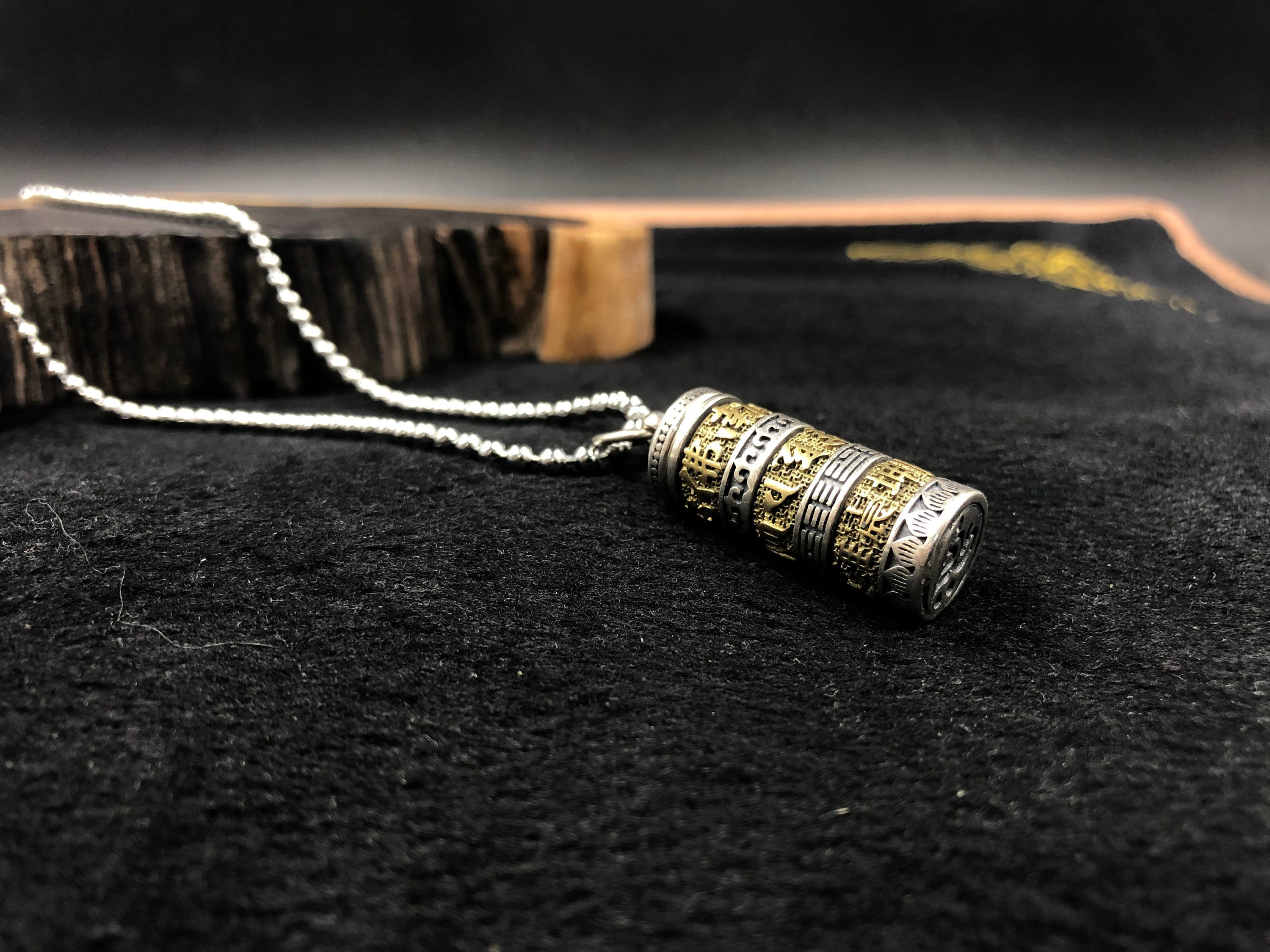 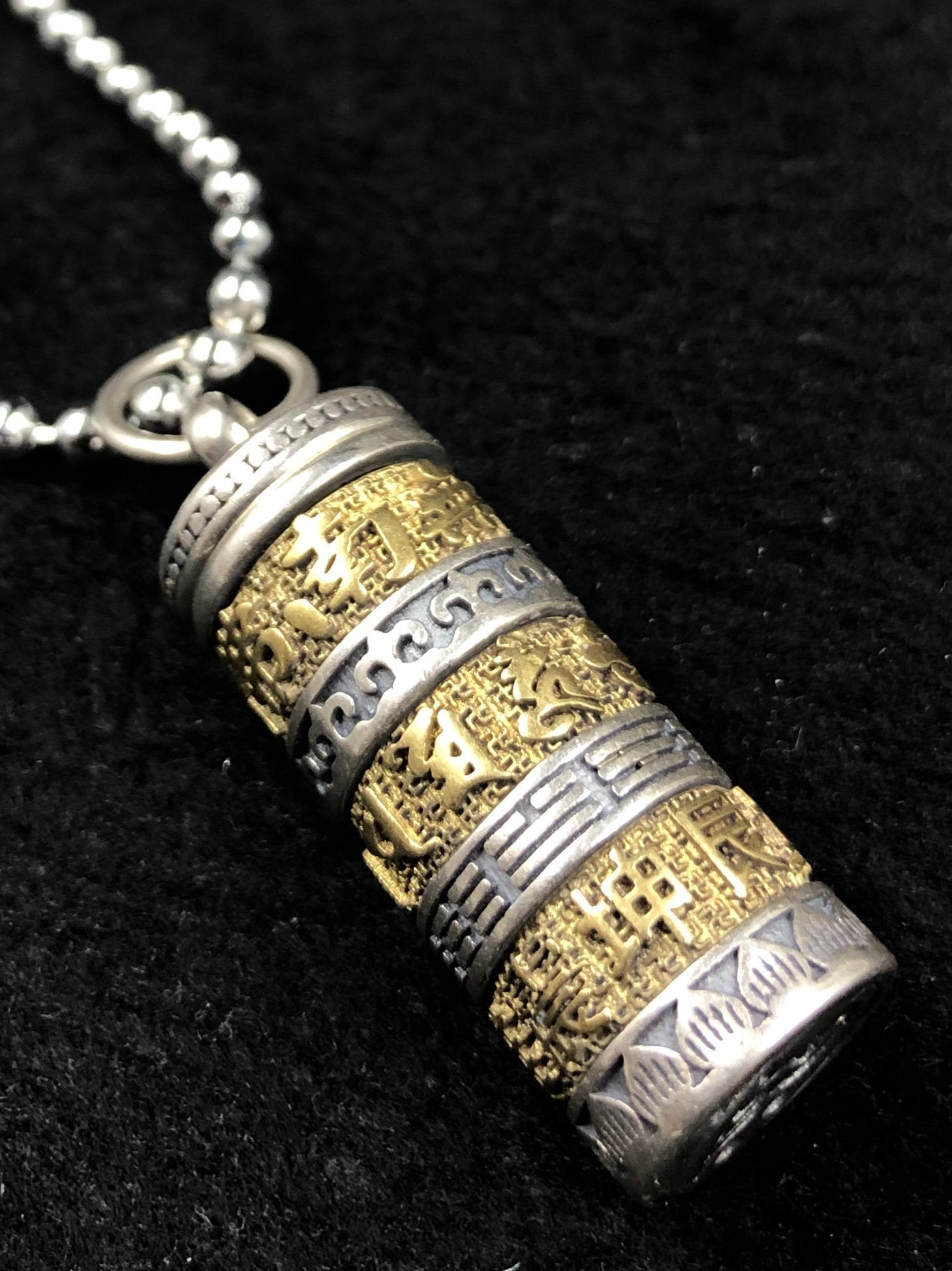 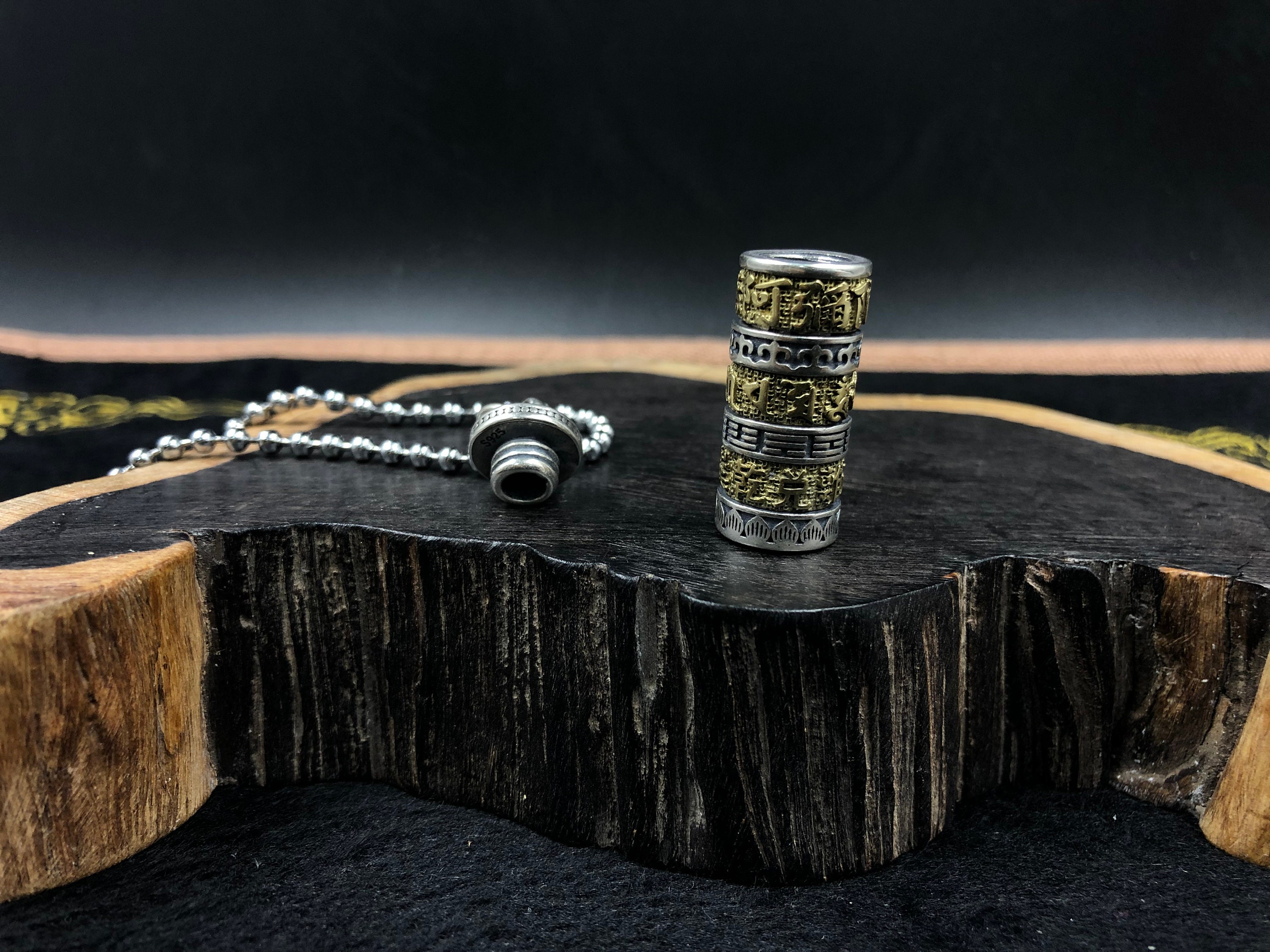 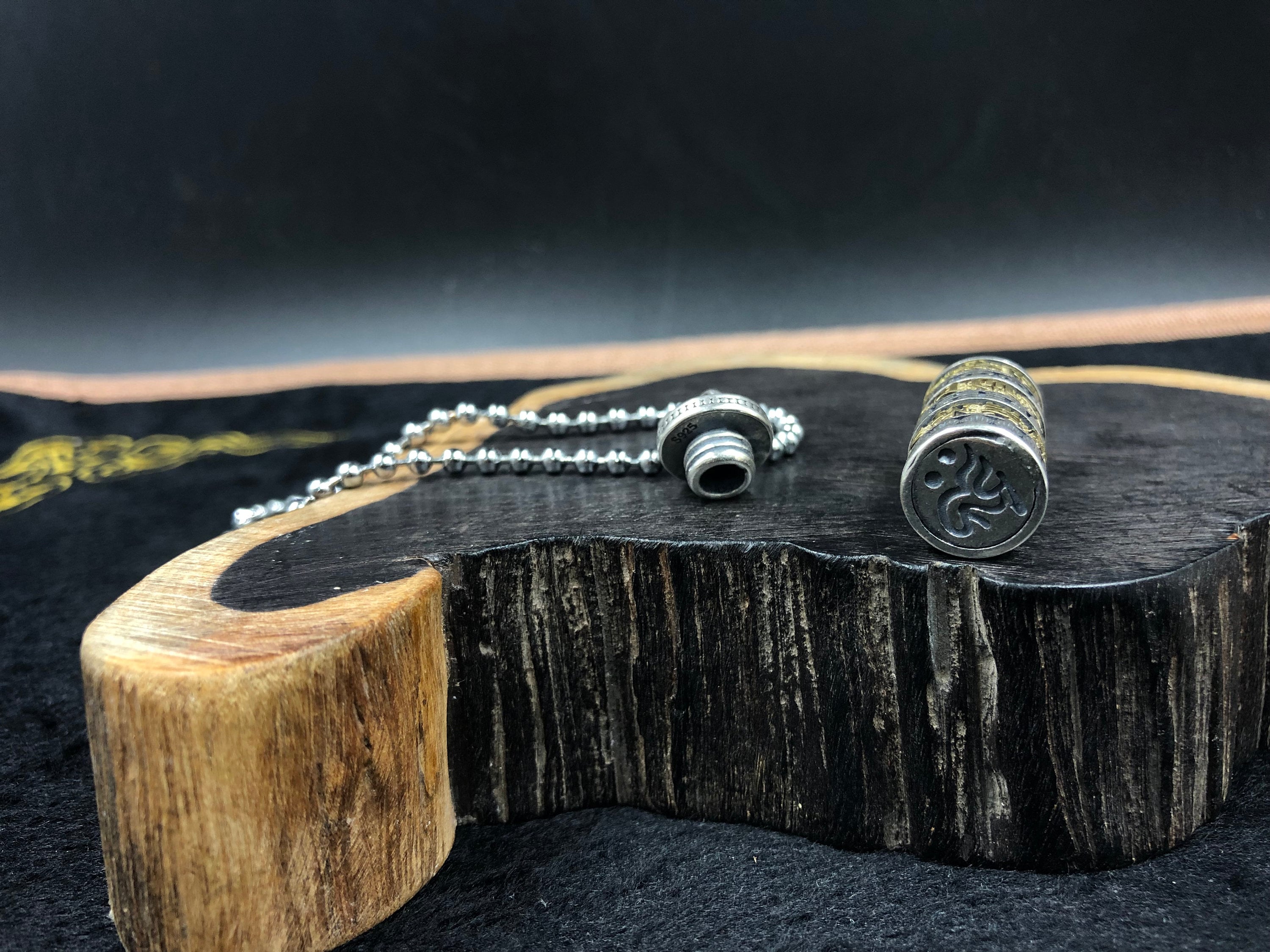 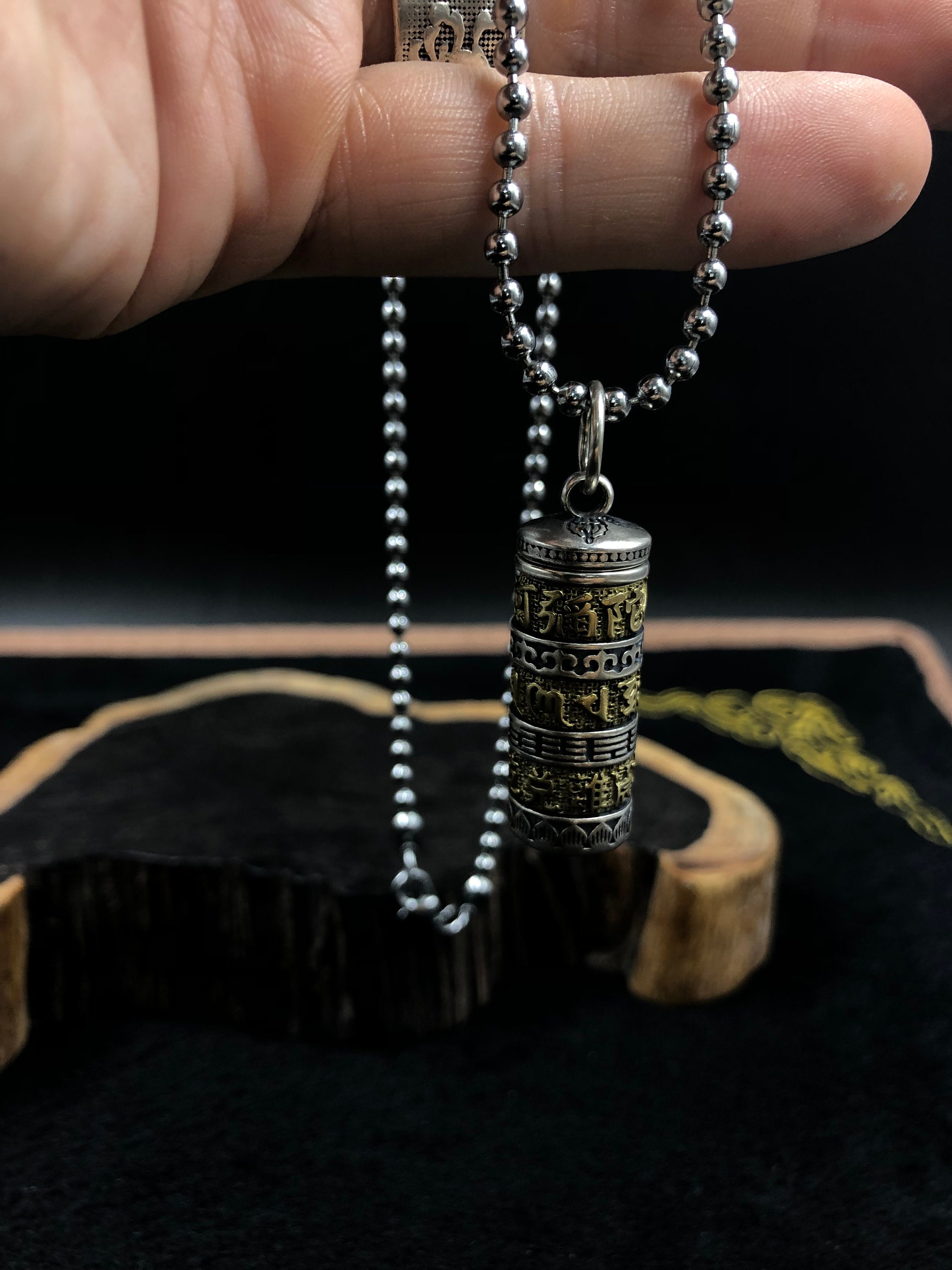 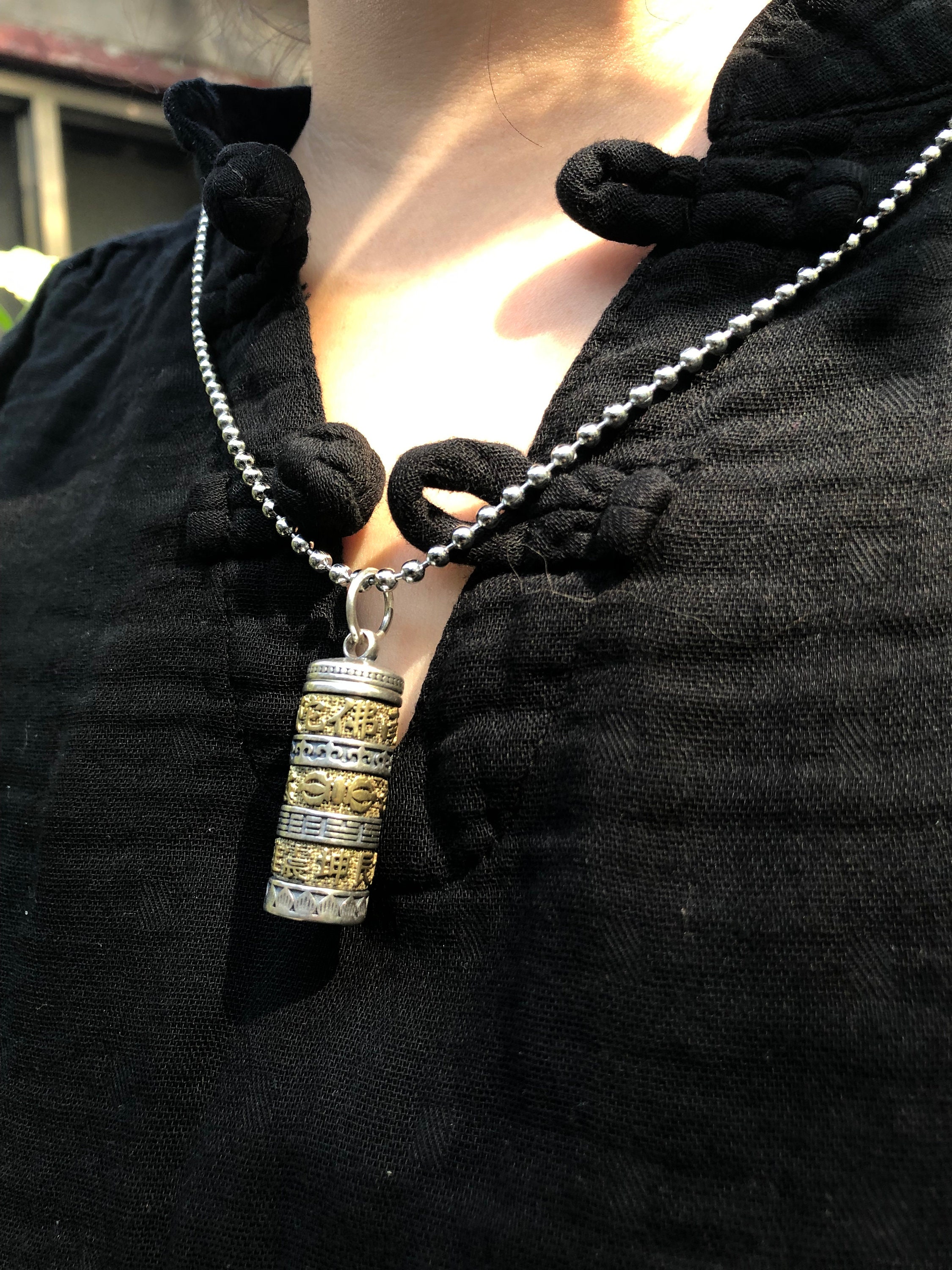 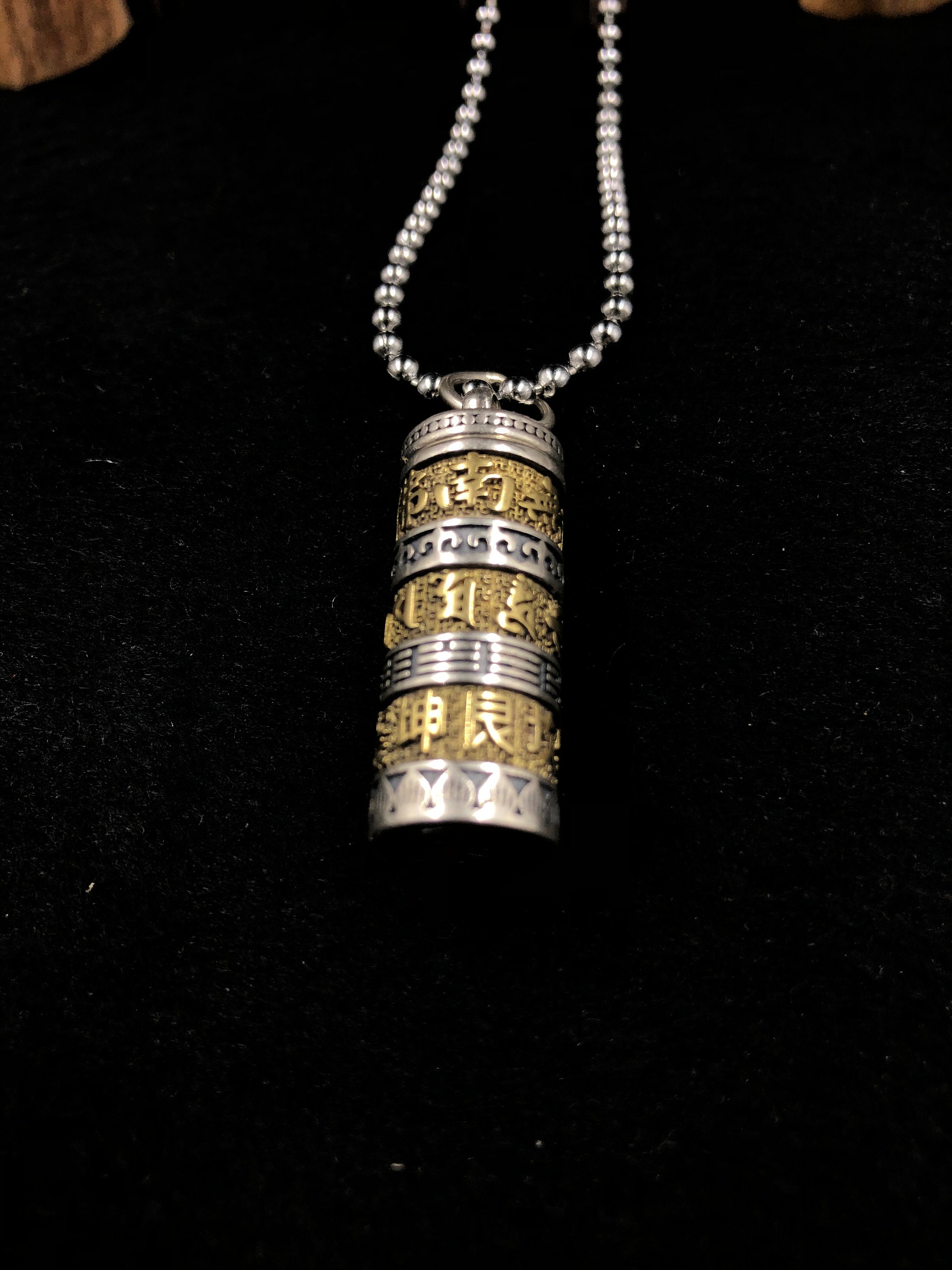 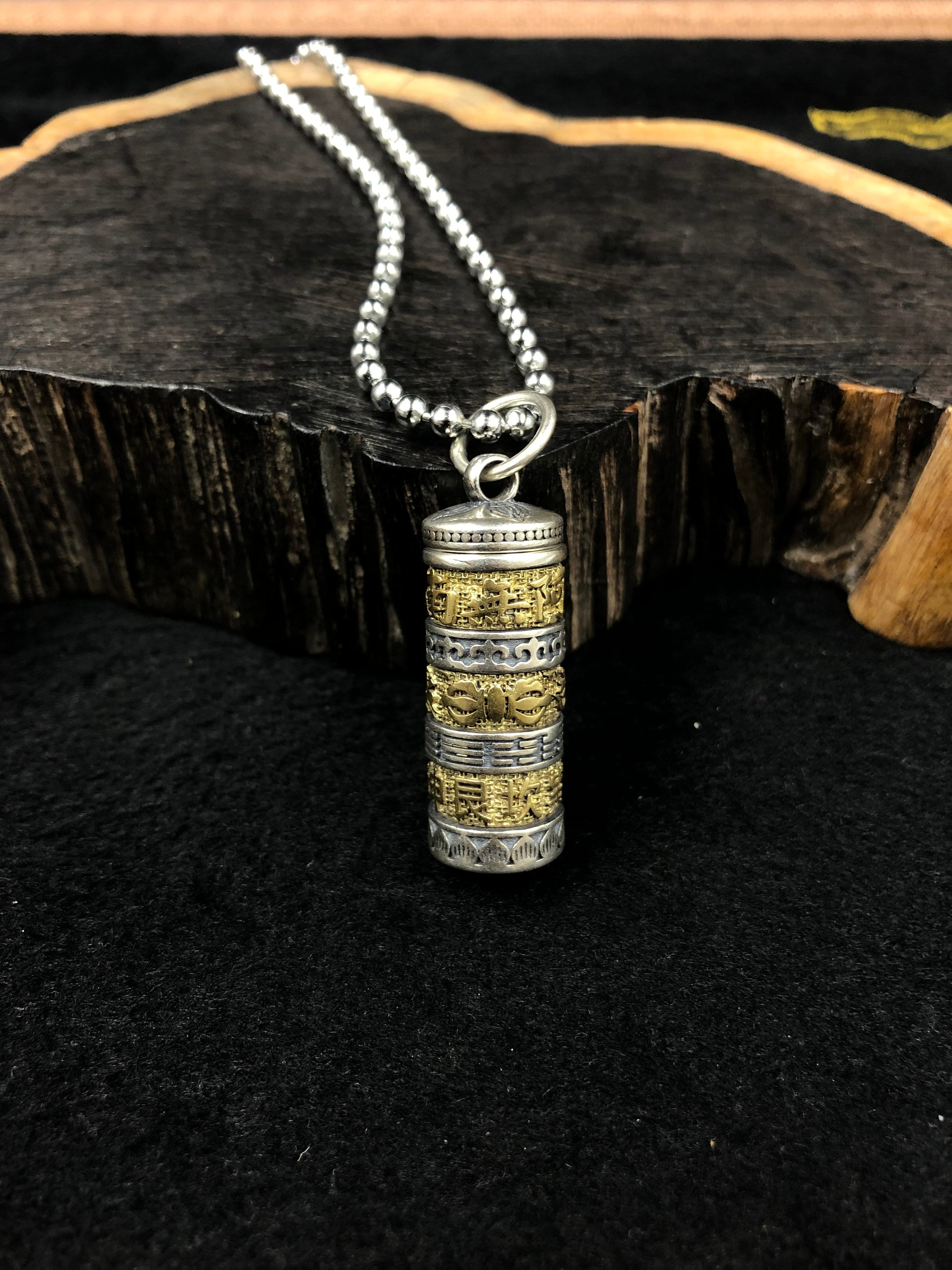 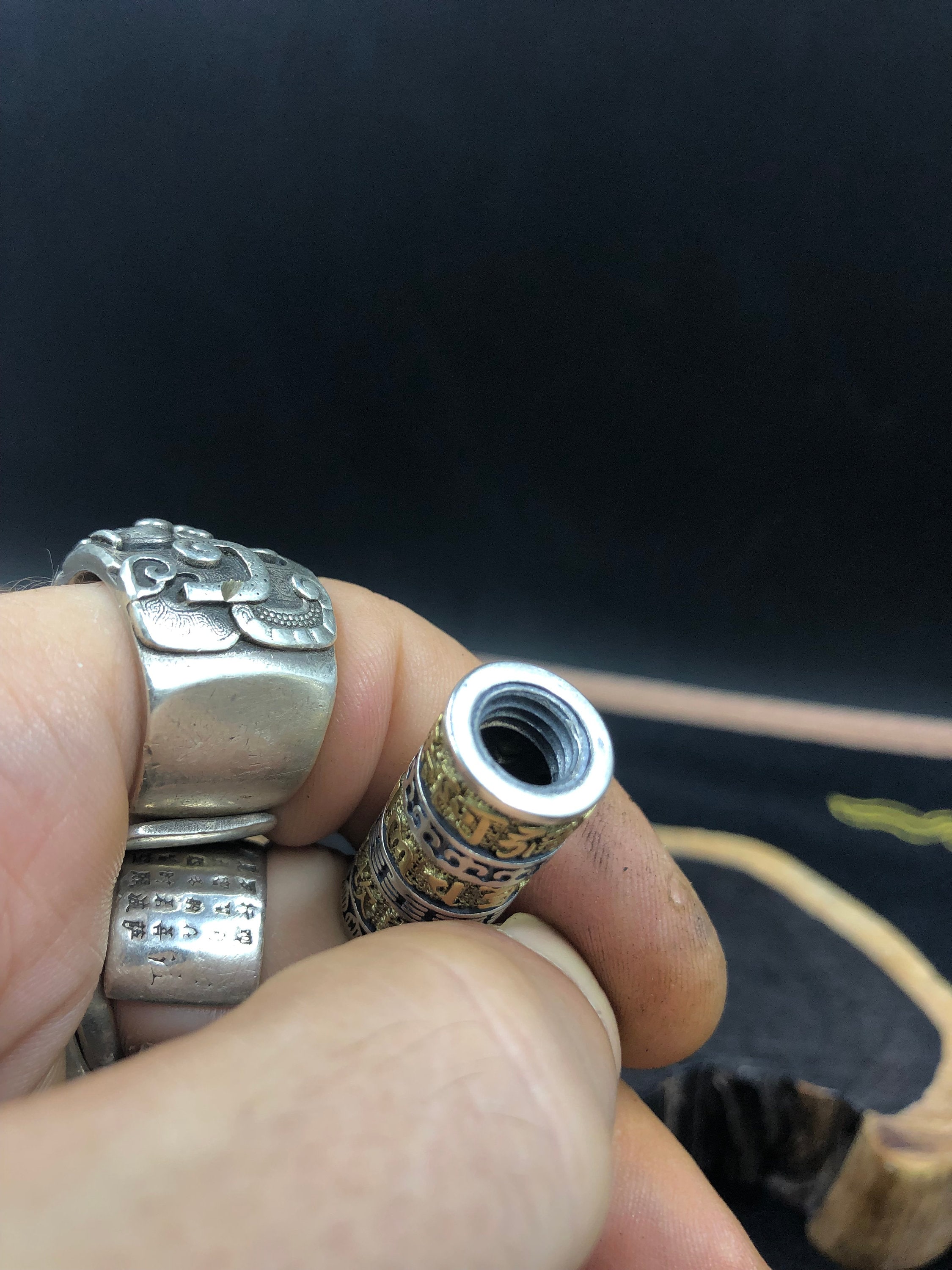 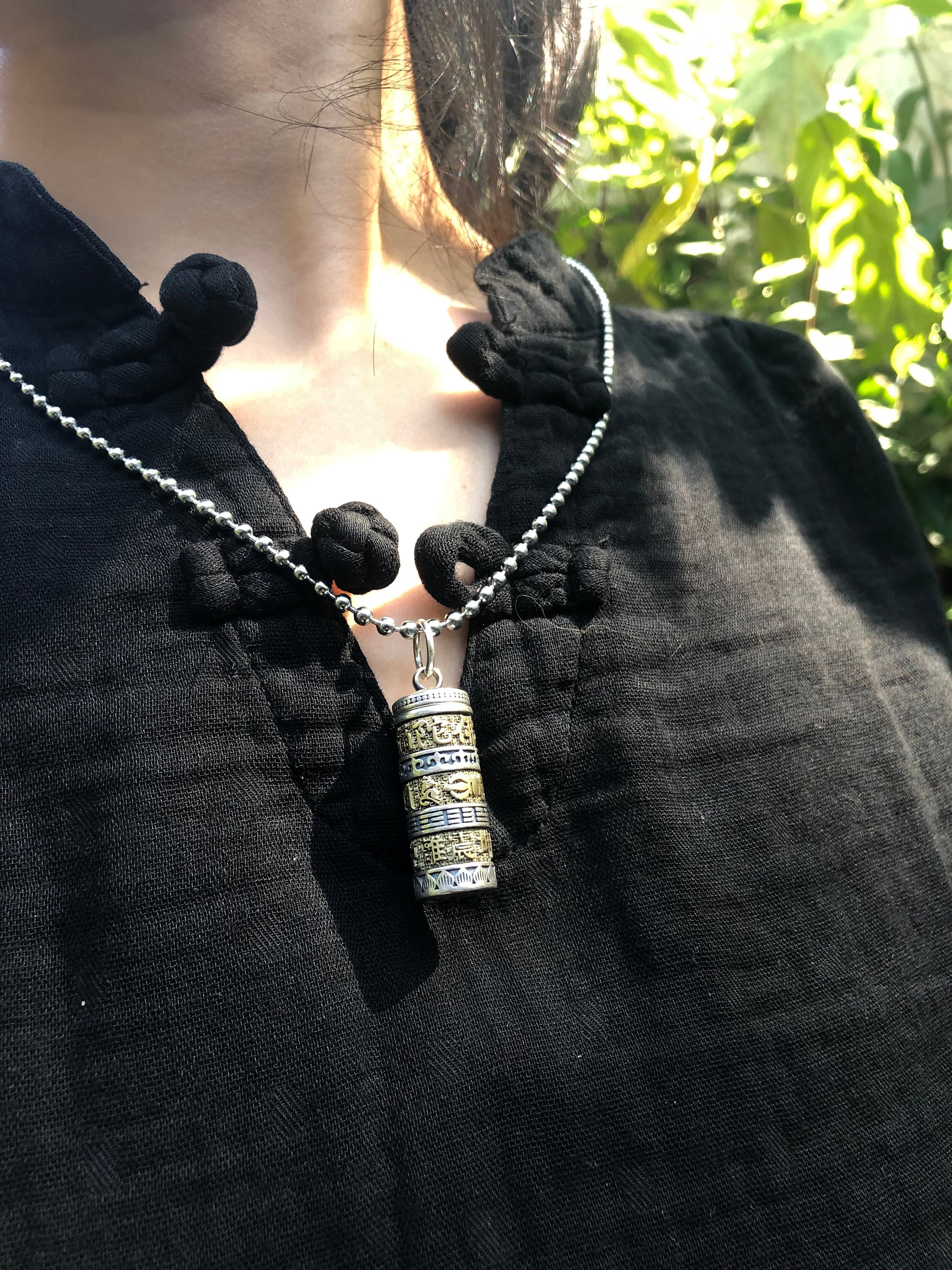 "The Great Mantra of Great Compassion
penetrates heaven and earth
One hundred recitations for a thousand days
Make the ten kings rejoice
His great compassion and kindness
Cure any disease
And then an announcement is projected from the top
From a screen of fault".

It is the mantra of the six syllables of the boddhisatva of compassion Avalokitesvara (Guanyin in Chinese, Kannon in Japanese, Chenrezig in Tibetan). It is therefore also called mantra of great compassion (mahakaruna).

It is also said that OM MANI PADME HUM confers powerful protection against all kinds of negative influences and various forms of diseases.

HRIH, the "syllable-germ" of Avalokiteshvara, is often added to the mantra, resulting in OM MANI PADME HUM HRIH.


The meaning of the six syllables of the Om Mani Padme Hum is magnificent and immense. The first, Om is composed of three letters: A, U, M. These symbolize the body, the word and the impure spirit of the practitioner; they also symbolize the body, speech and pure and exalted spirit of a Buddha.

Buddhism does not assert that there is someone who from the beginning is free from faults and who possesses all the good qualities. The development of the body, of the word and of the pure mind, is obtained by gradually leaving behind the unclean states by transforming them into pure states.

The two syllables, PADME, mean lotus and symbolize wisdom. In the same way, the lotus that grows in the mud but is not soiled by the defects of the mud, wisdom can put you in a situation of non-contradiction while it could be contradiction if you did not possess wisdom.

Purity must be achieved through an apparent unity of method and wisdom, symbolized by the final syllable HUM, which indicates invisibility. According to the sutra, this invisibility of method and wisdom refers to the wisdom affected by the method and the method affected by wisdom. The mantra vehicle (or tantra vehicle), refers to a consciousness in which there is the form full of wisdom and method as an undifferentiated entity. In terms of the seed syllables (of the origin) of the five Buddhas, HUM is the seed syllable of the Akshobhya - the immutable, the invariable, which cannot be disturbed (mutated) by anything. :energy: