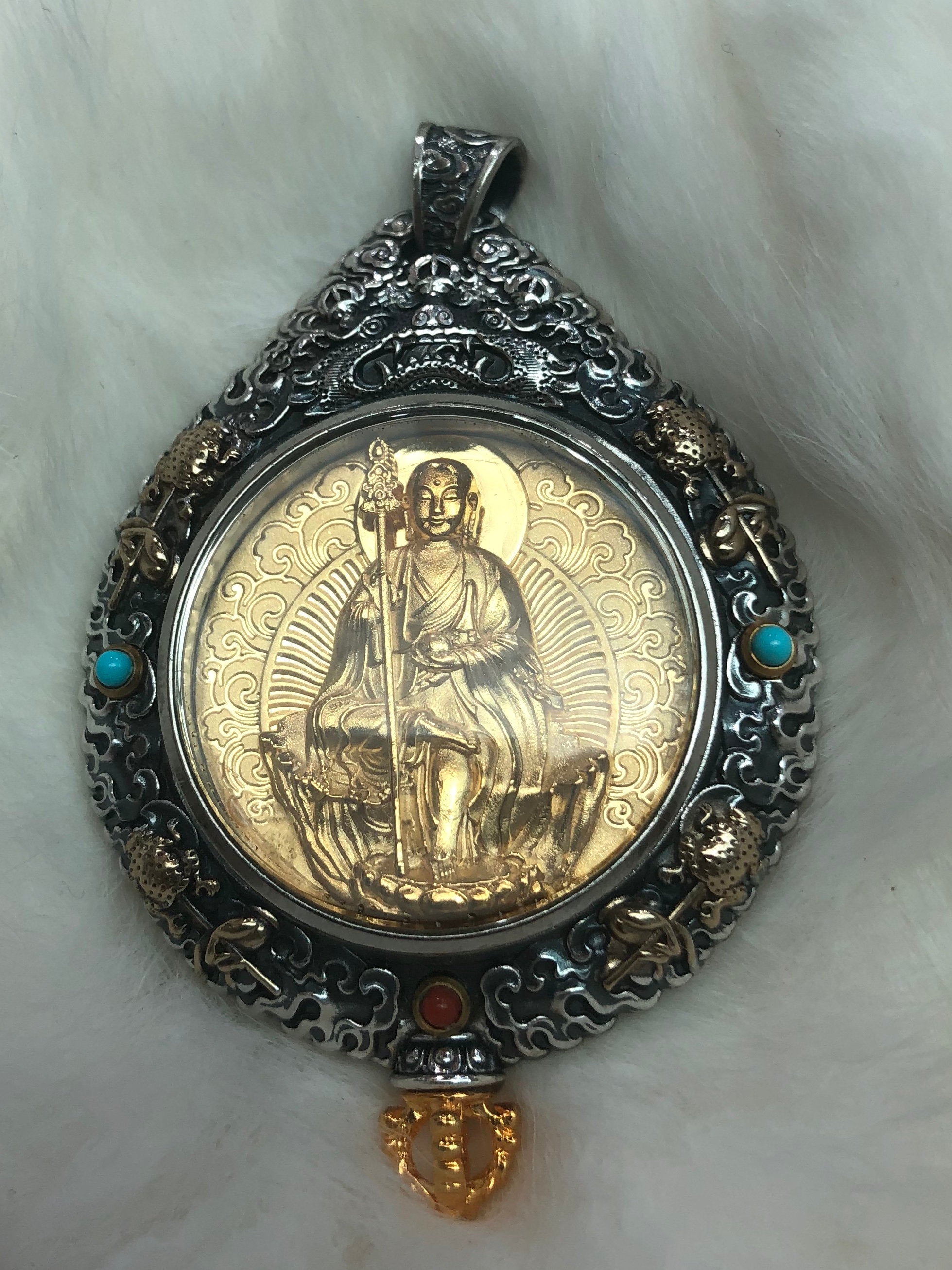 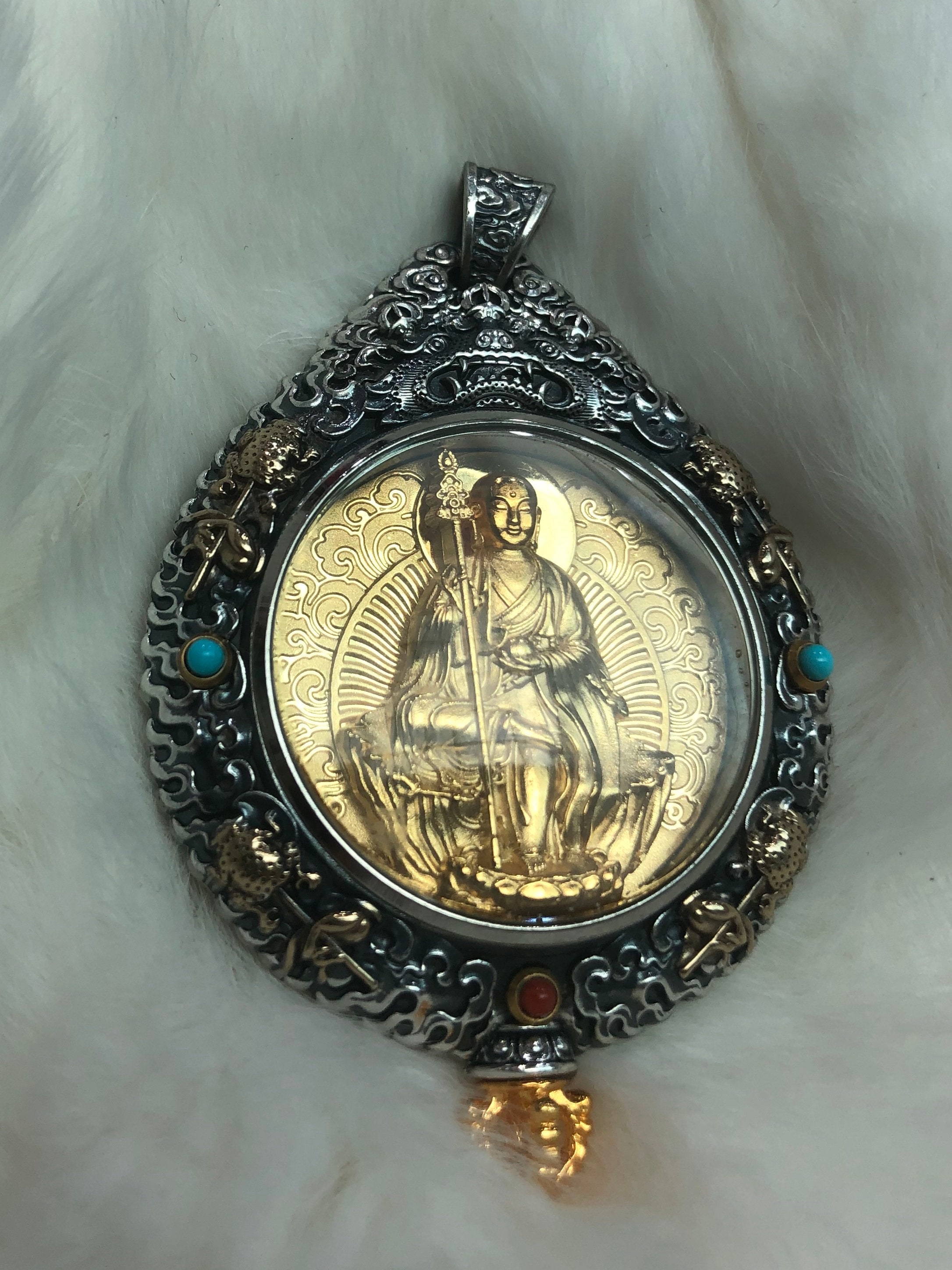 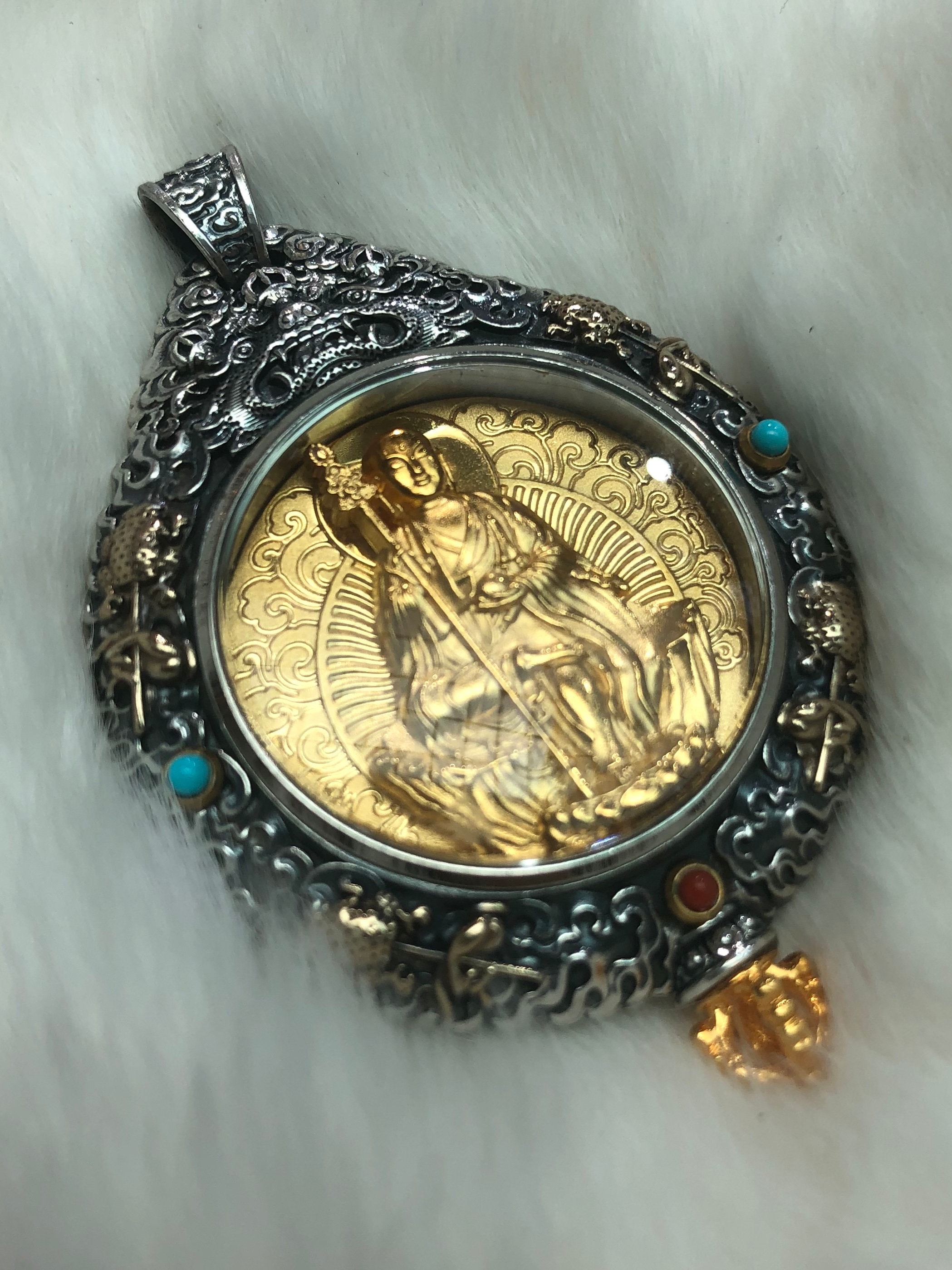 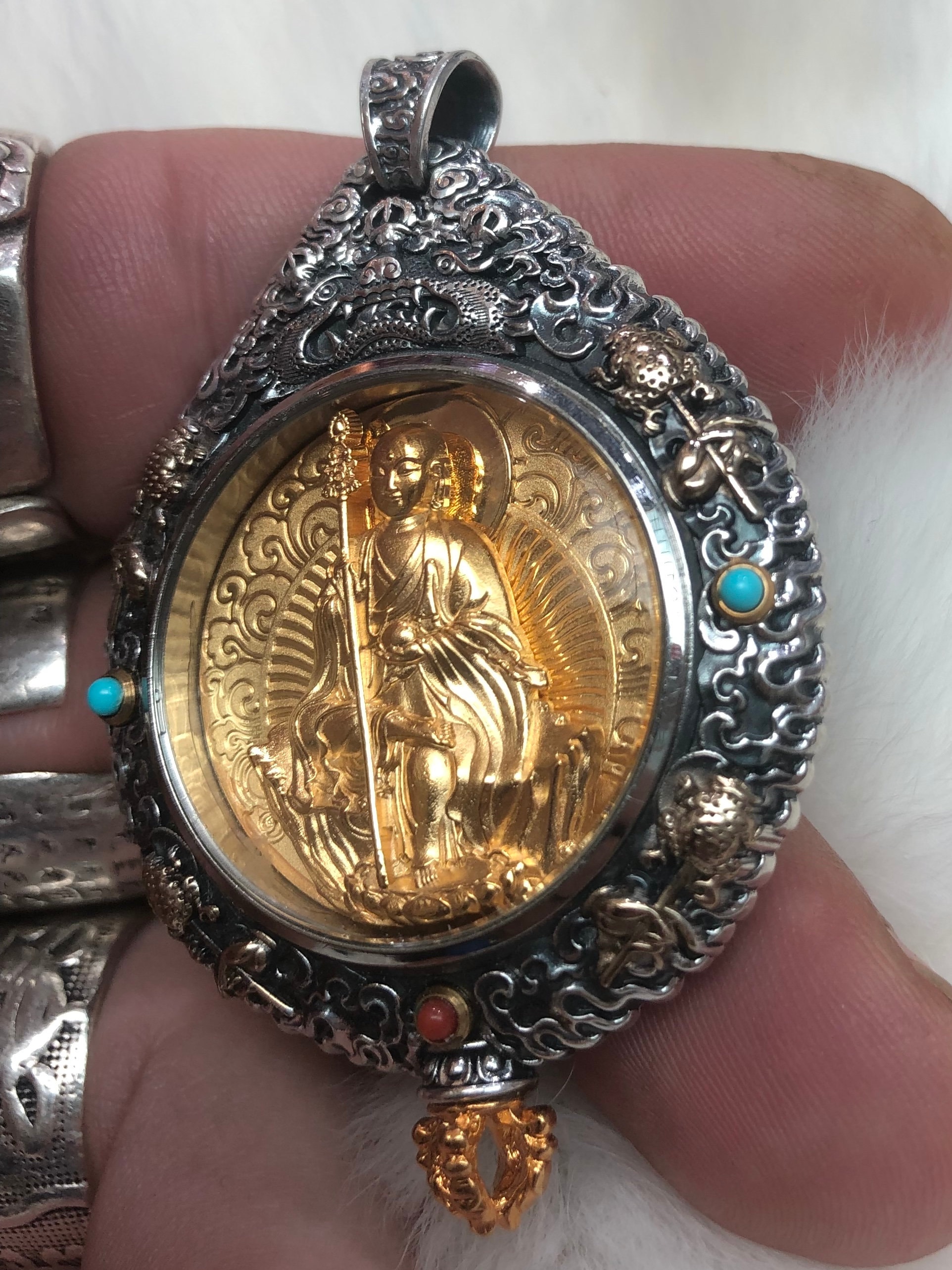 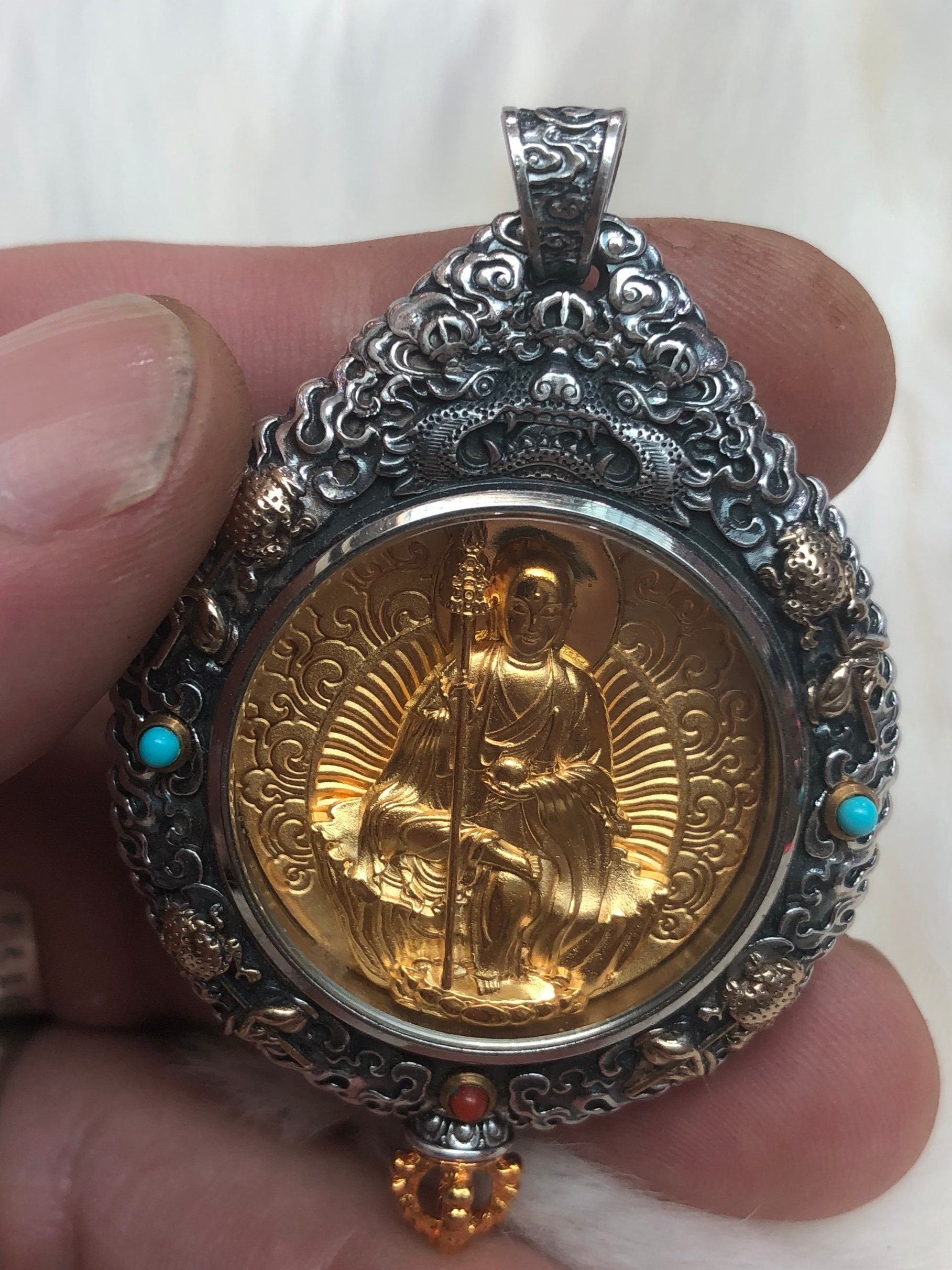 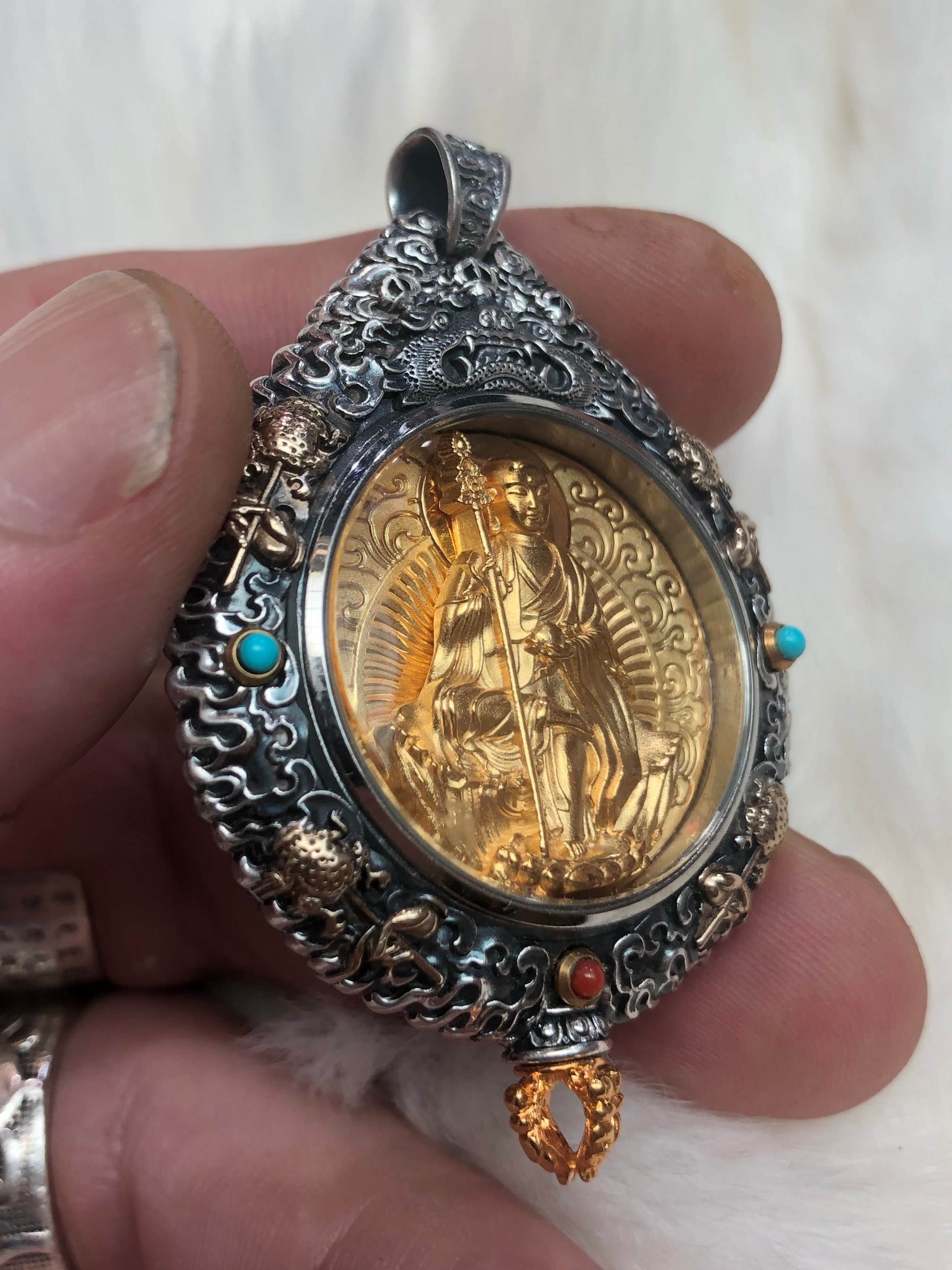 Kshitigarbha, known in China as Dizang Wang or Dizang Pusa, is the saviour of the underworld in Buddhism. Its name "Hidden Treasure of the Earth" is the translation of the Sanskrit Ksitigharba, which means "the one who conceals the earth". It belongs to the tetralogy of the great bodhisattvas masters of the four sacred Buddhist mountains. Dizang is often depicted as a young monk with a toned skull, holding a pilgrim's bumblebee in one hand and a luminous pearl in the other. Both serve him to guide the souls of the dead to get them out of the underworld. Both serve him to guide the souls of the dead to get them out of the underworld.one place of pilgrimage is on Mount Jiuhua located in Anhui province, eastern China. During the Tang Dynasty, he was the principal deity of the Sanjie school, which contributed to the multiplication of its representations, seriously ill people are invited to read this bunker and to ask this bodhisattva to help them recover. There are many legends from this soutra. Shakyamuni Buddha says that whoever recites the name of Koitigarbha a thousand times a day for a thousand days will be protected from accidents and diseases throughout his life by divine beings sent by the bodhisattva.
"OM HA HA HA VISMAYE SVAHA" or "Namo Kshitigarbha bodhisattv-ya!"
In some temples, photos of the deceased or tablets bearing the names of the deceased are placed around his portrait or statue to save them. In Japan, Jiz asked especially by women who had miscarried or had an abortion, and placed at crossroads and cemeteries to free wandering spirits.
This Bodhisattva and its Sutra are of great importance and are the subject of great veneration in East Asia in the Buddhism of the Great Vehicle