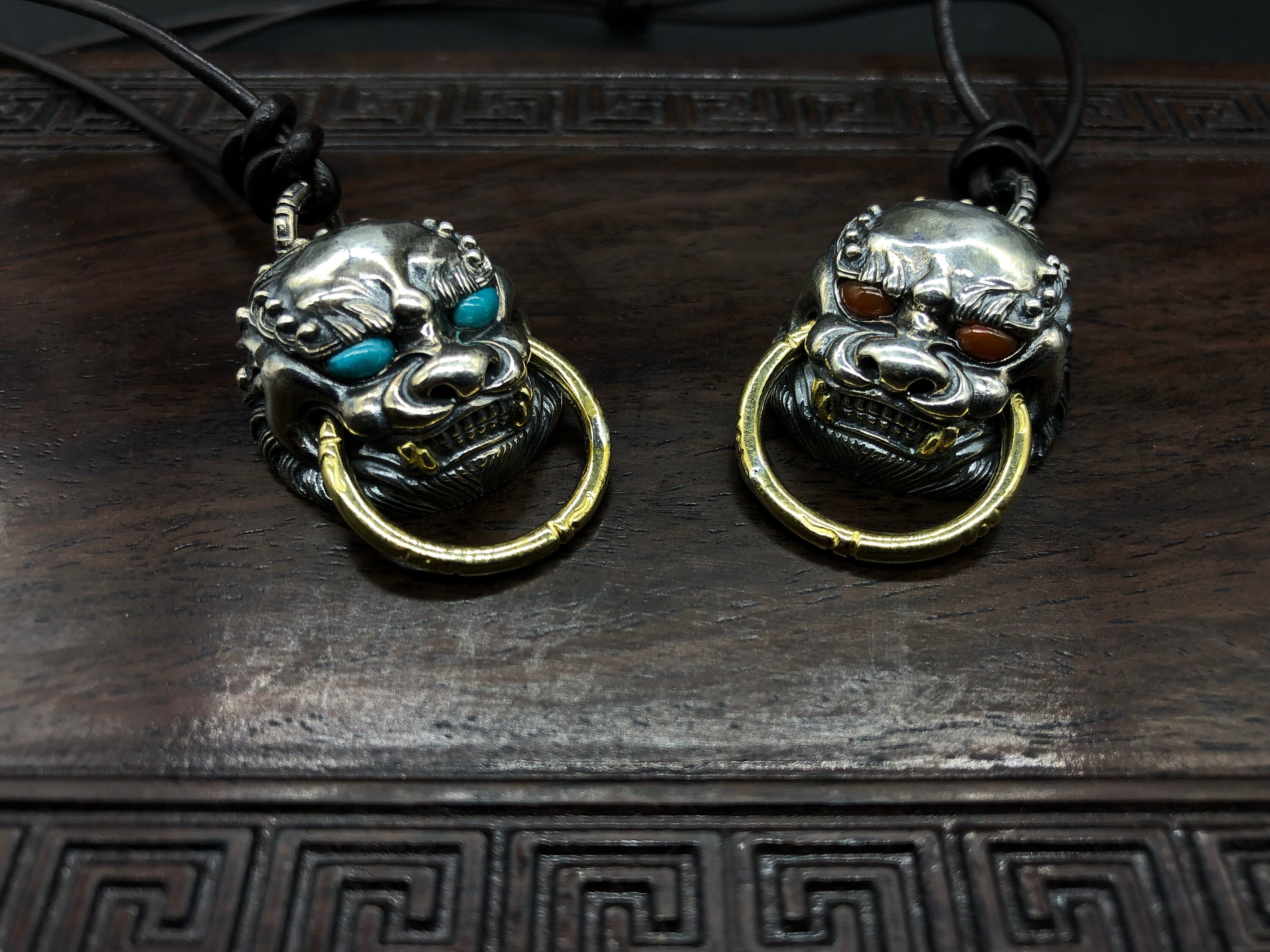 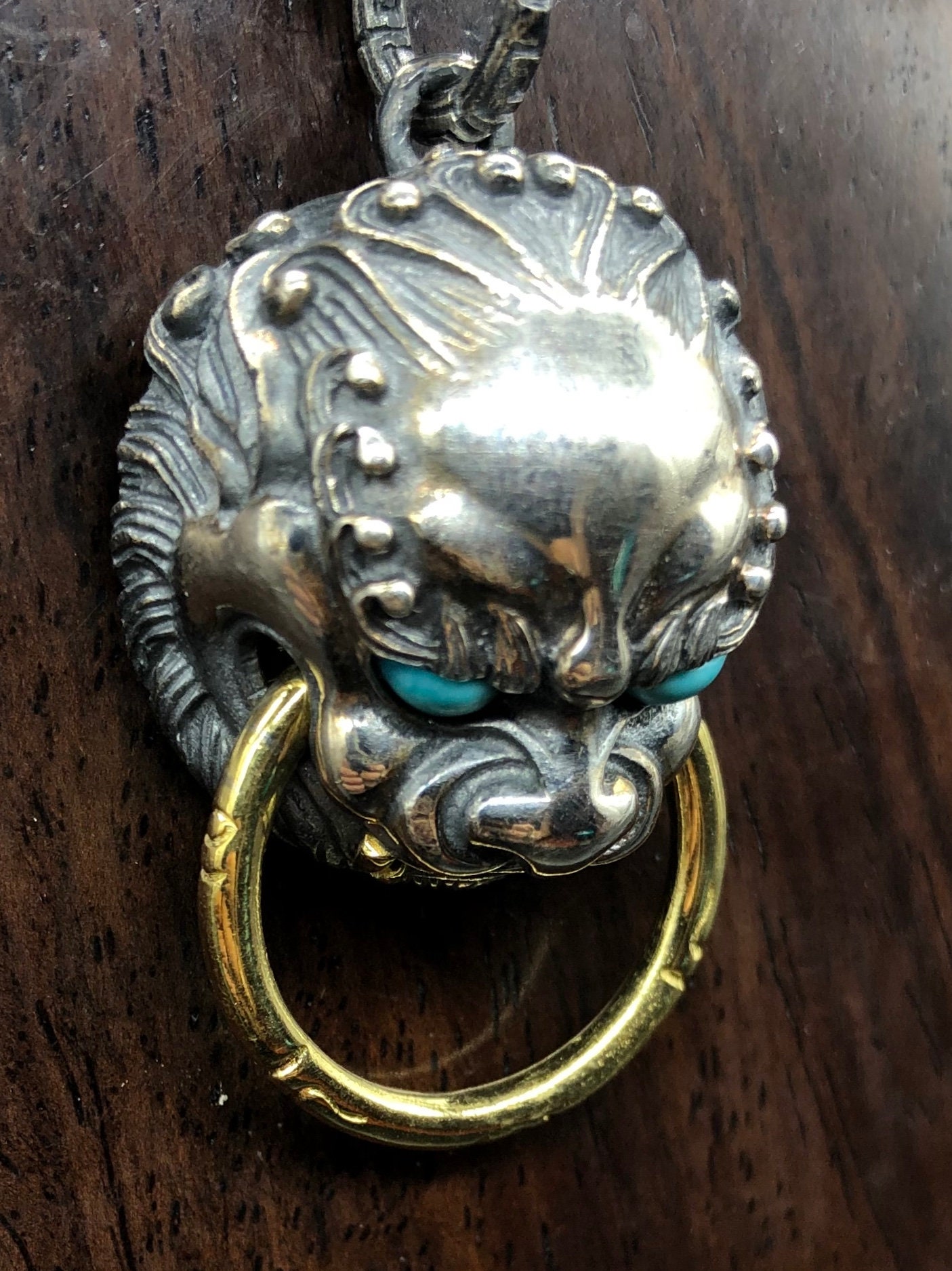 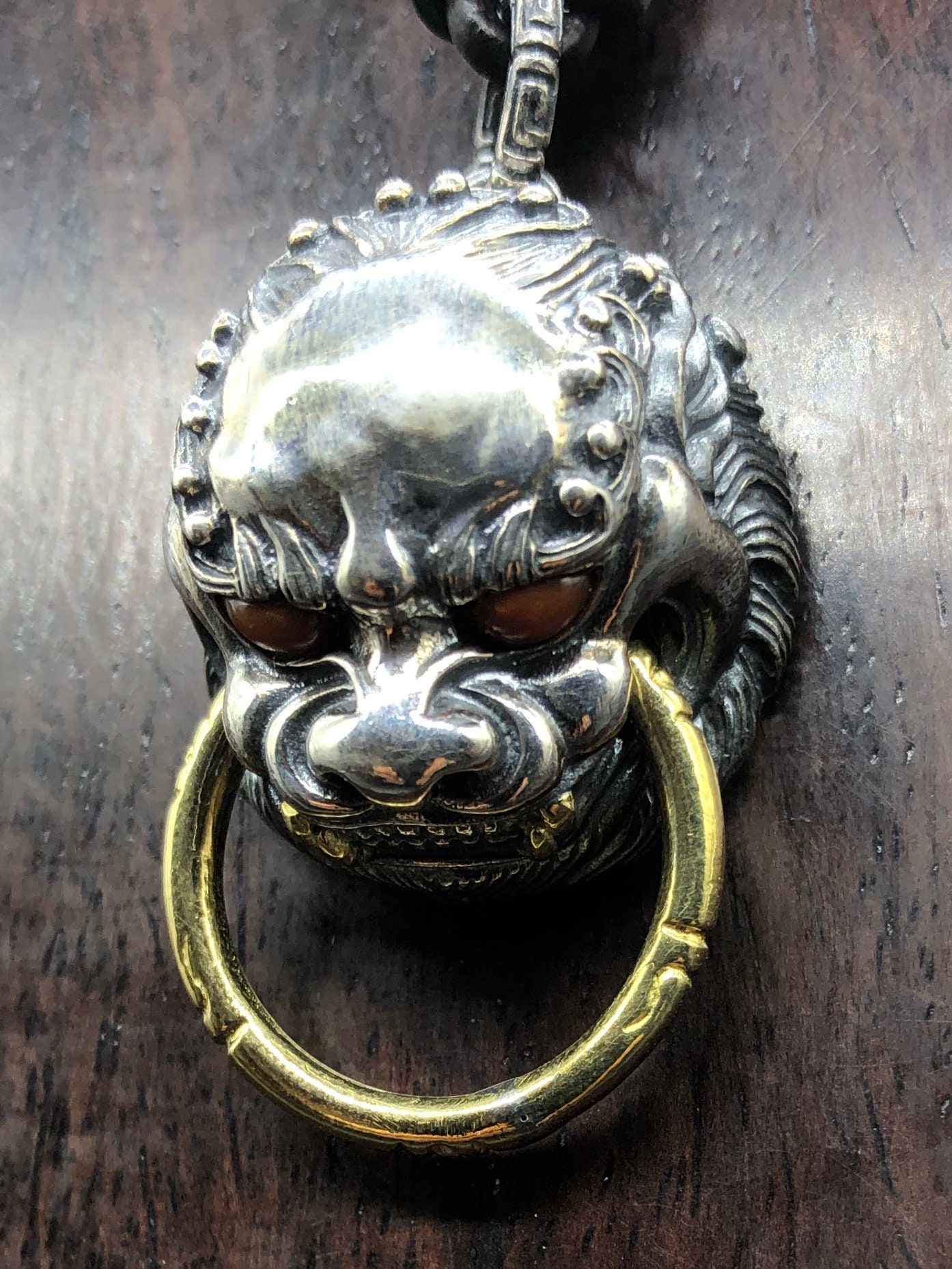 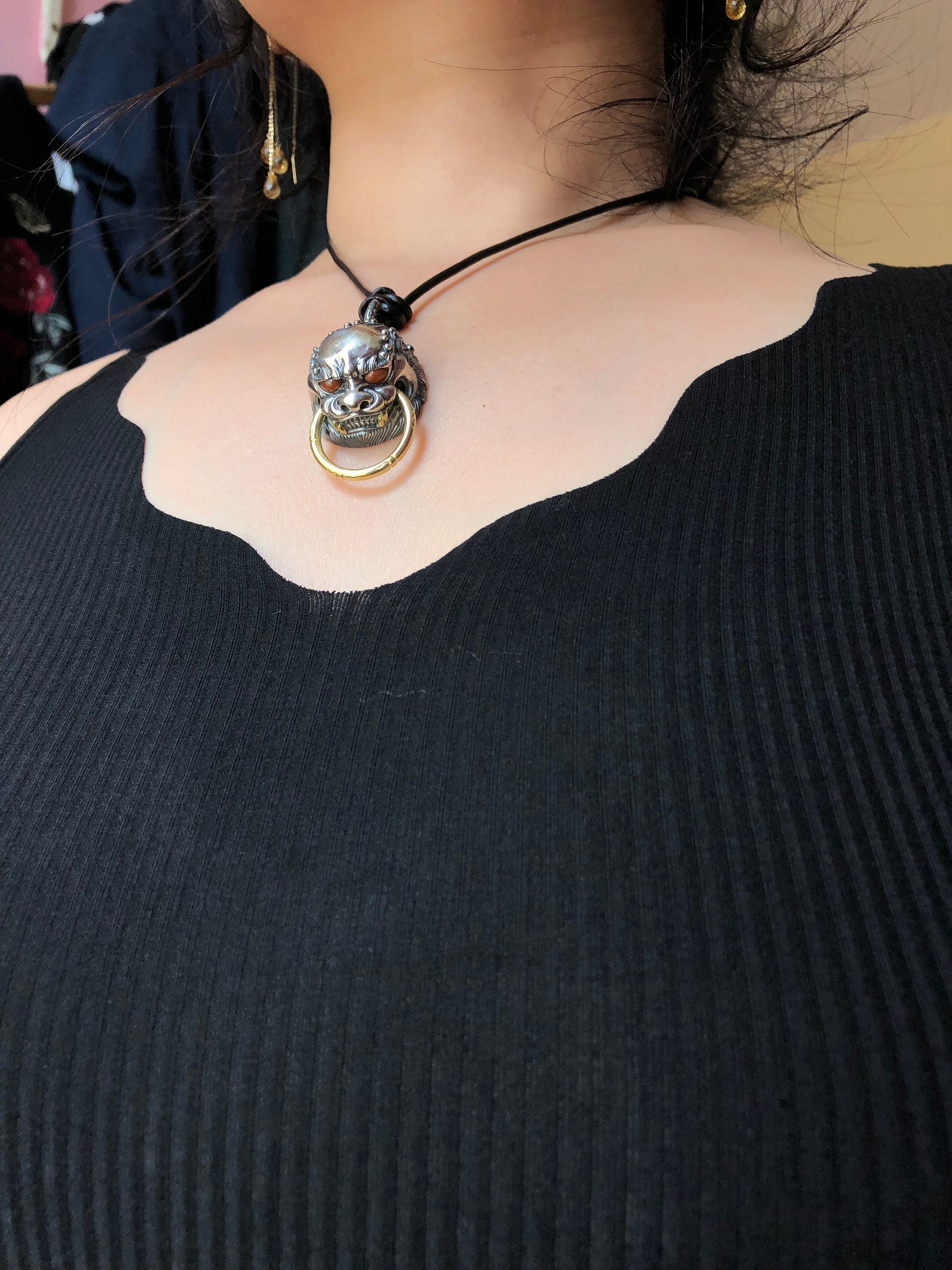 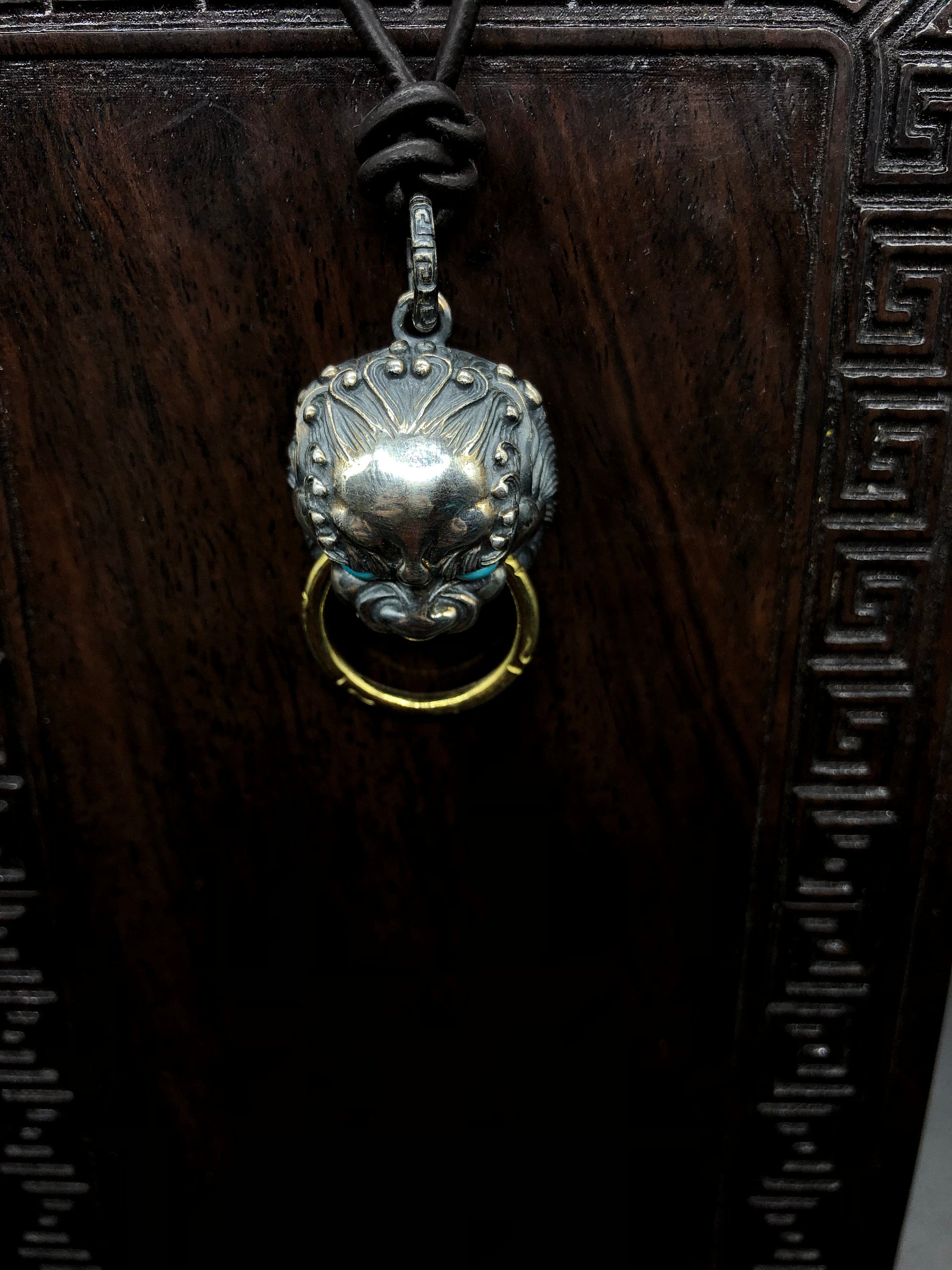 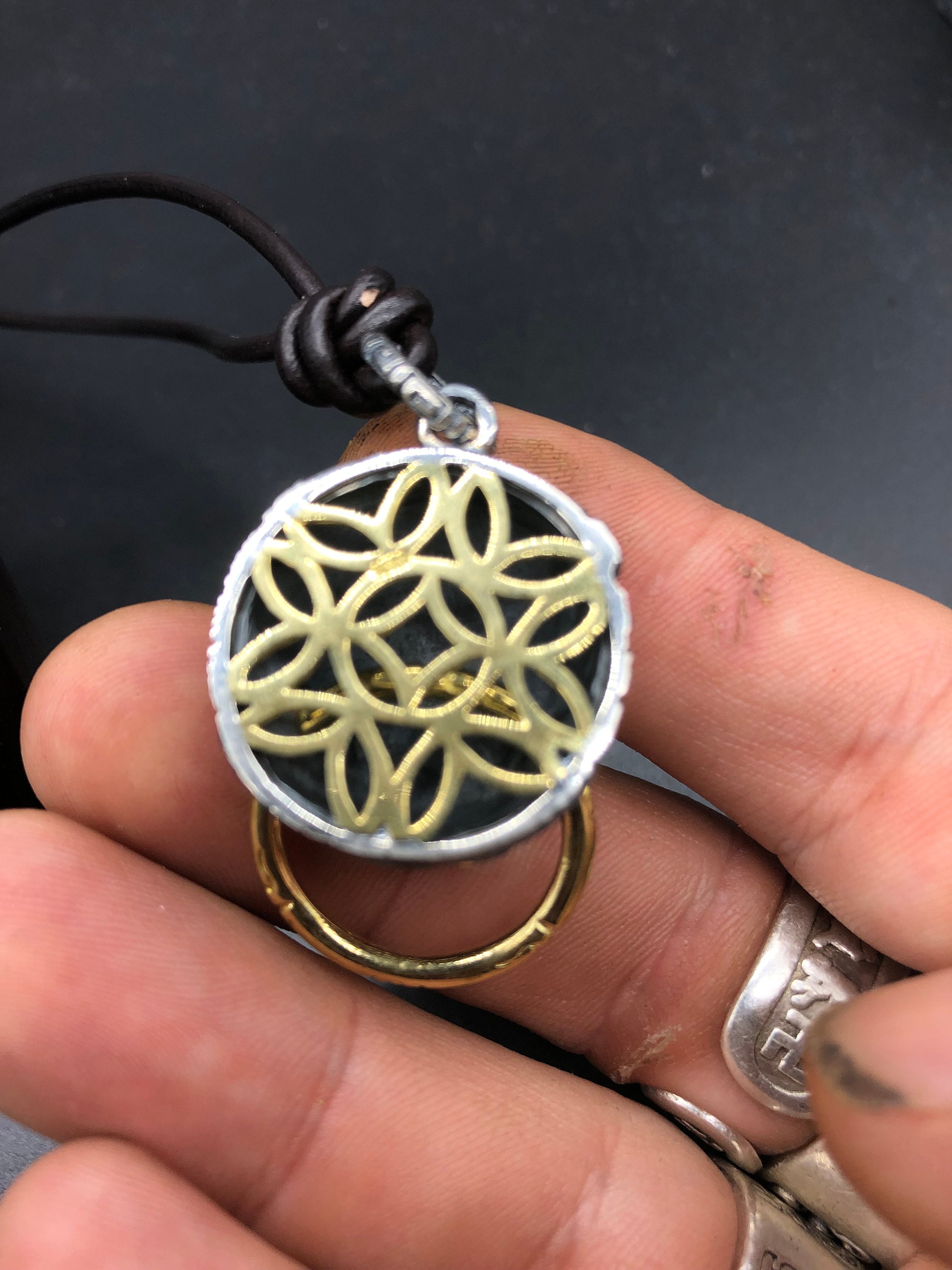 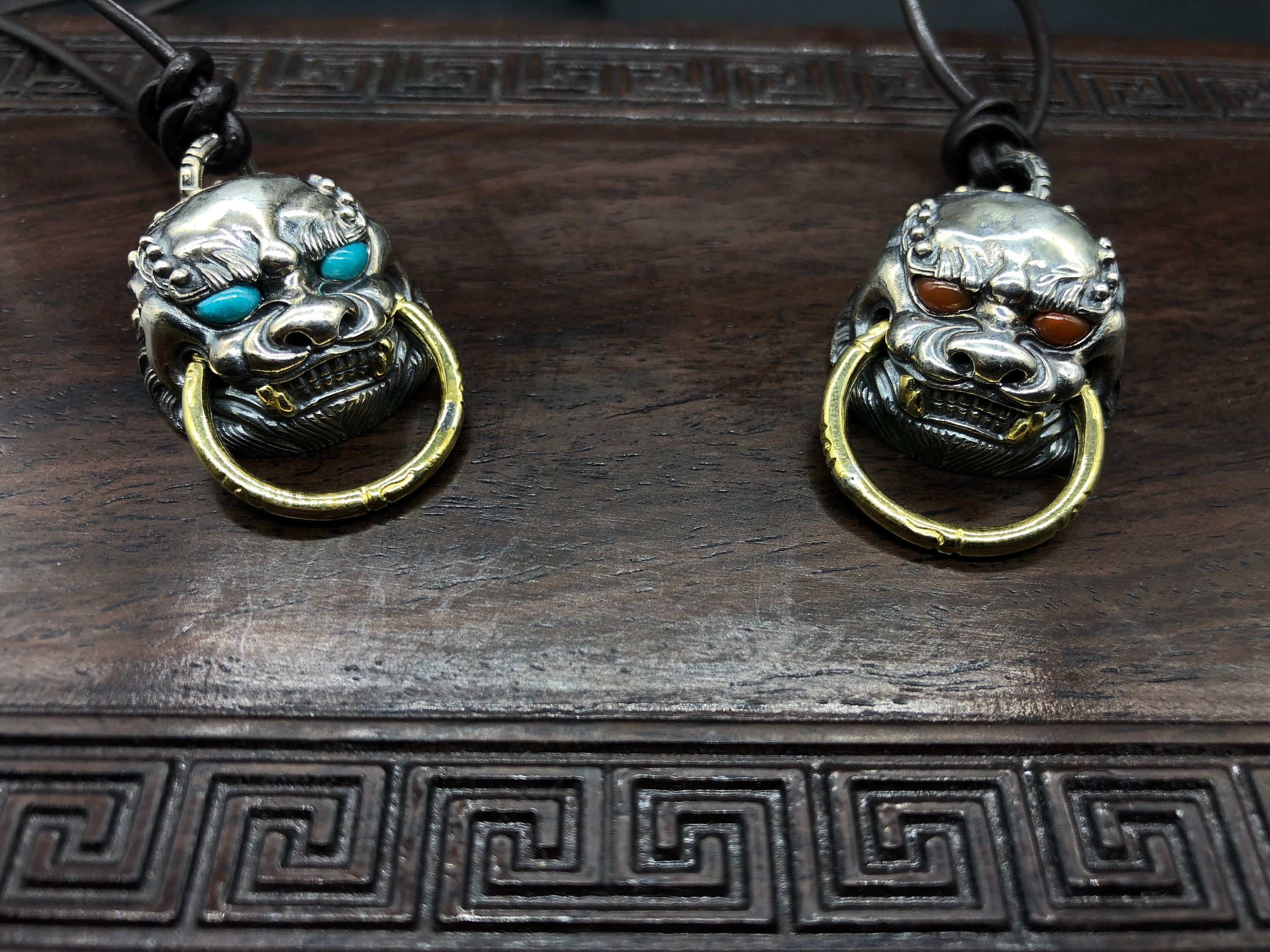 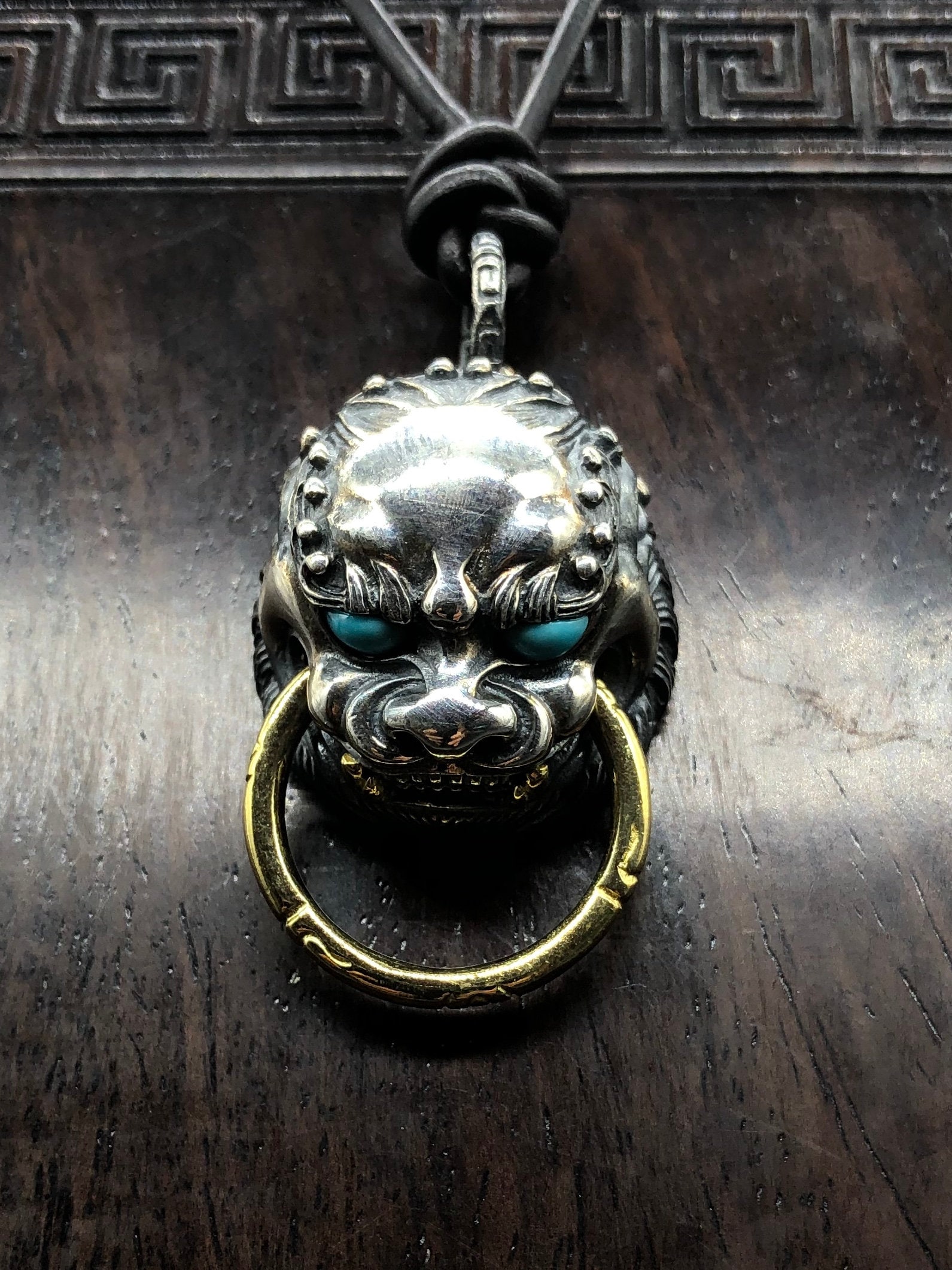 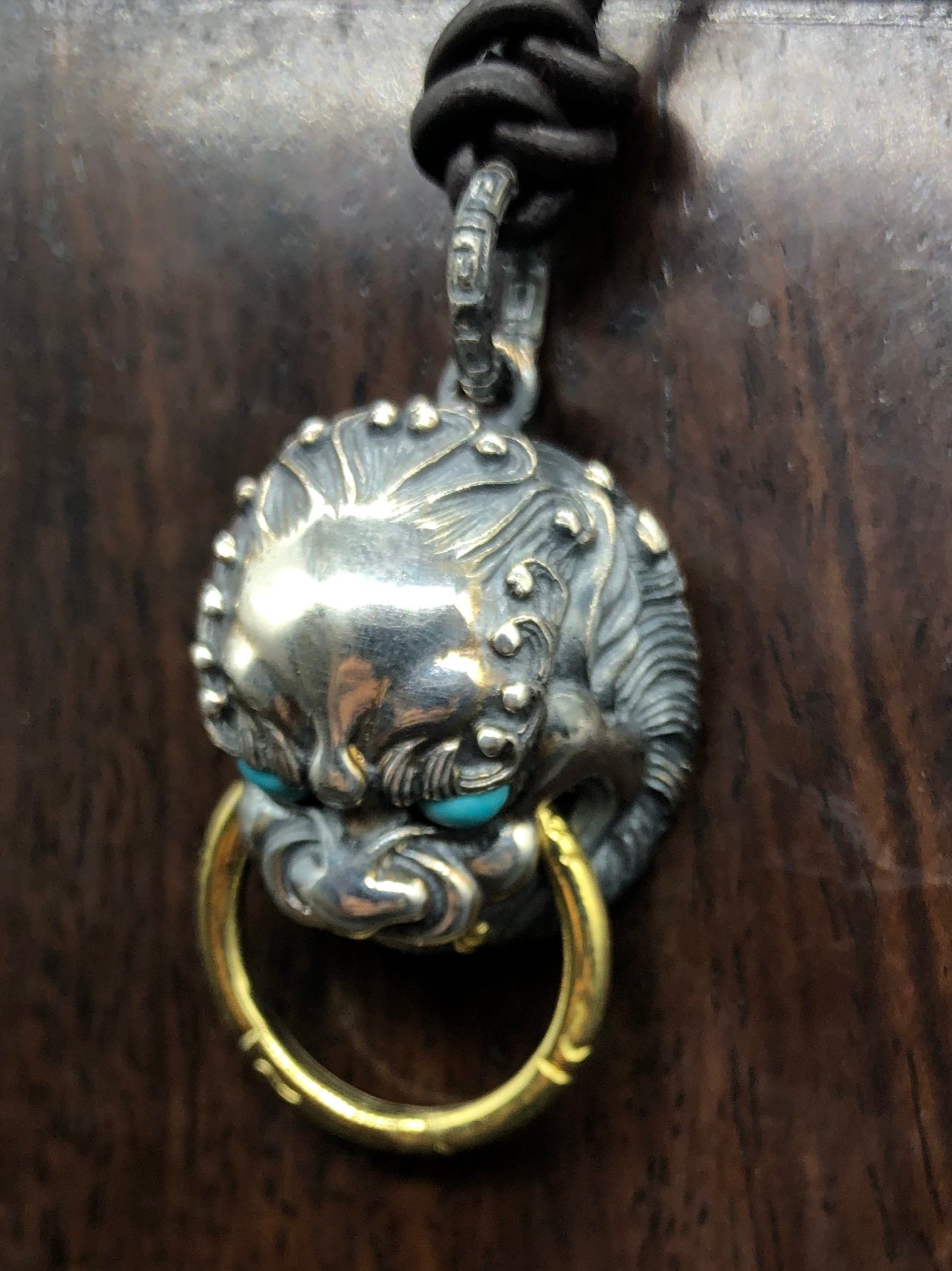 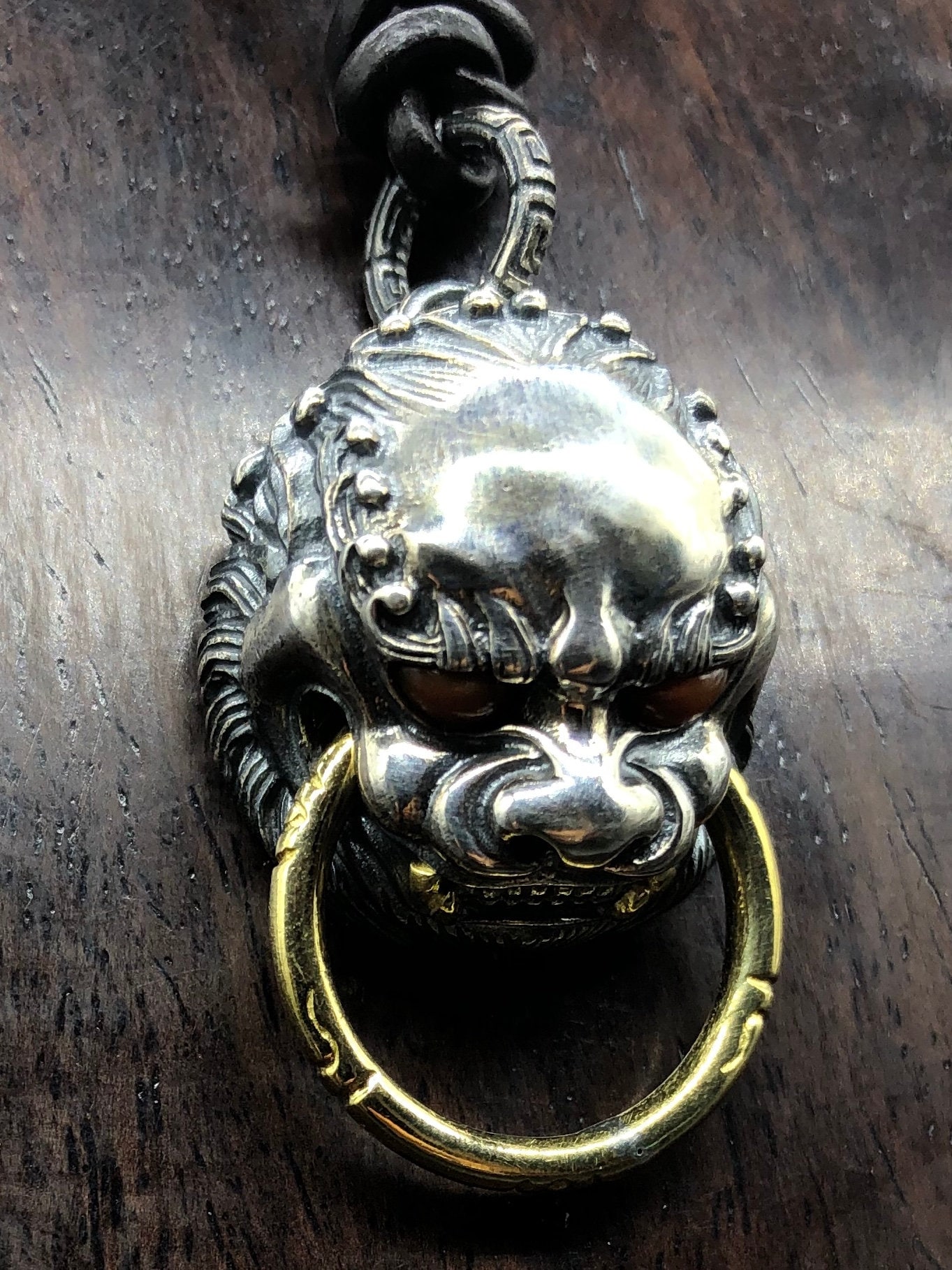 The "guardian lions" ("Lions of Peter"), sometimes referred to as "Fu dogs" in the West, are a common representation of the lion in pre-modern China, symbols of protection in the "Feng Shui" philosophy, known for attracting happiness and fortune. It is also a protective animal of the "Dharma" (Buddhist law) and sacred buildings, symbolizing peace and prosperity. Presented in pairs, they sit at the entrances to imperial palaces and tombs, temples, houses of civil servants (rich dignitaries, nobles or "mandarins" of the "Han Dynasty" () serving, for the latter, to testify to the social status of the residents. Today, pairs of lion keepers are also used in an ornamental way, at the entrances to restaurants, hotels, supermarkets and other buildings.

As early as 208 BC, the Buddhist version of the Lion was adopted in China as a protector of the "dharma" and was declined in religious art. Gradually, they were incorporated into Chinese architecture to embody notions of power and authority by being placed at the entrance set at the entrances to imperial buildings and then those of temples. There are different styles of lion keepers that reflect the influences of different historical, dynastic, and regional periods. These styles vary in their artistic details and the care given to the ornaments as well as in the expressions, sometimes fierce, sometimes playful. Although the appearance and morphology of the guard lions were quite varied throughout Chinese history, their appearance and posture eventually became standardized during the "Ming Dynasties" and "Qing" in the form they are known for today.

In Japan, these same lions are better known as "ShiShi" ("lions"), "Kara shisi" ("Lions Tang" or "Lions of China" or "Koma Inu" (Korean dogs) introduced to Japan by the kingdom of "Koryo" (formerly known as the Kingdom of Korea). On the "Okinawa Archipelago" there is also a regional variant called "Shisa" used in the same way as the Gargoyles in the West, aimed at repelling harmful influences.