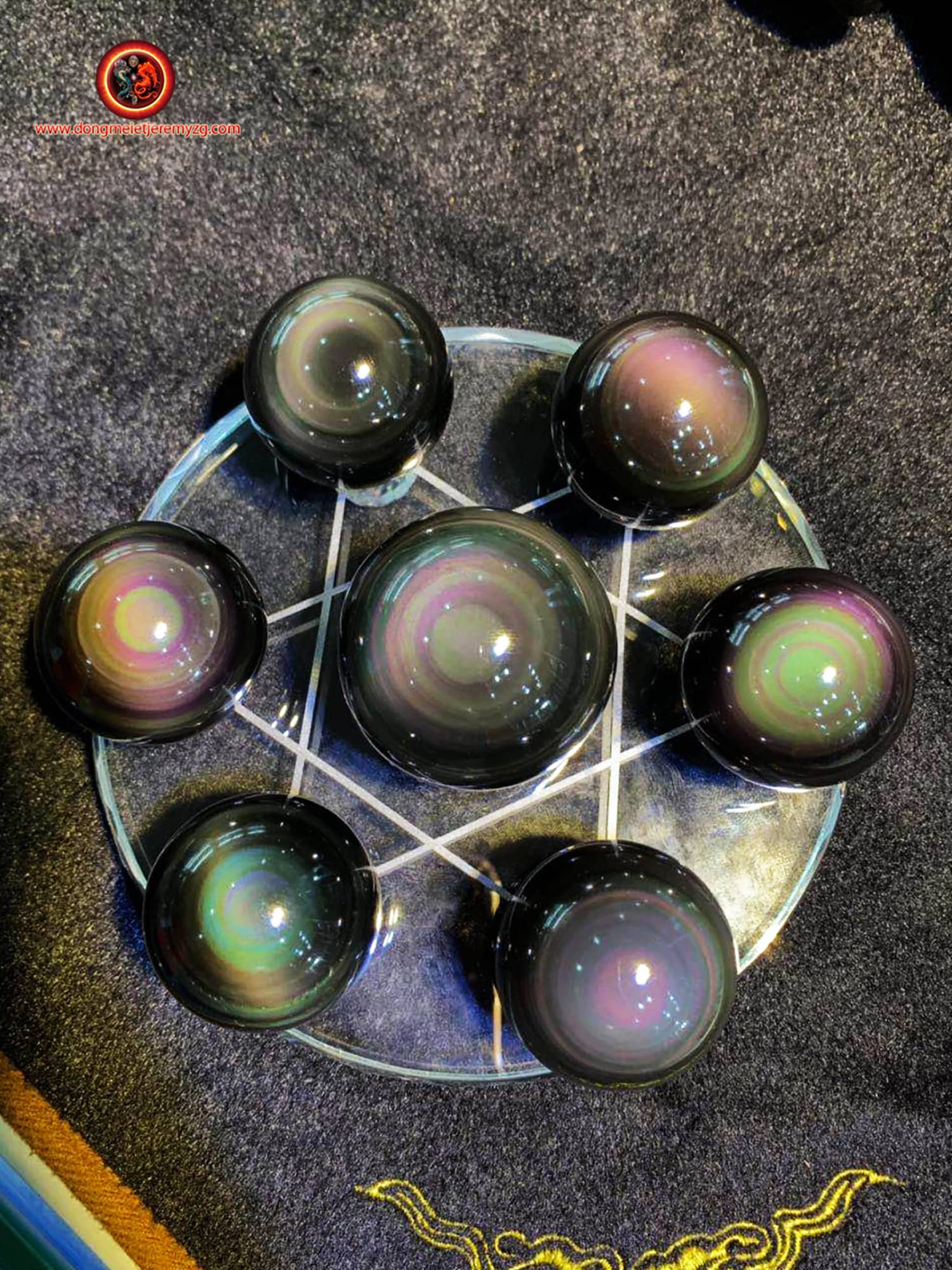 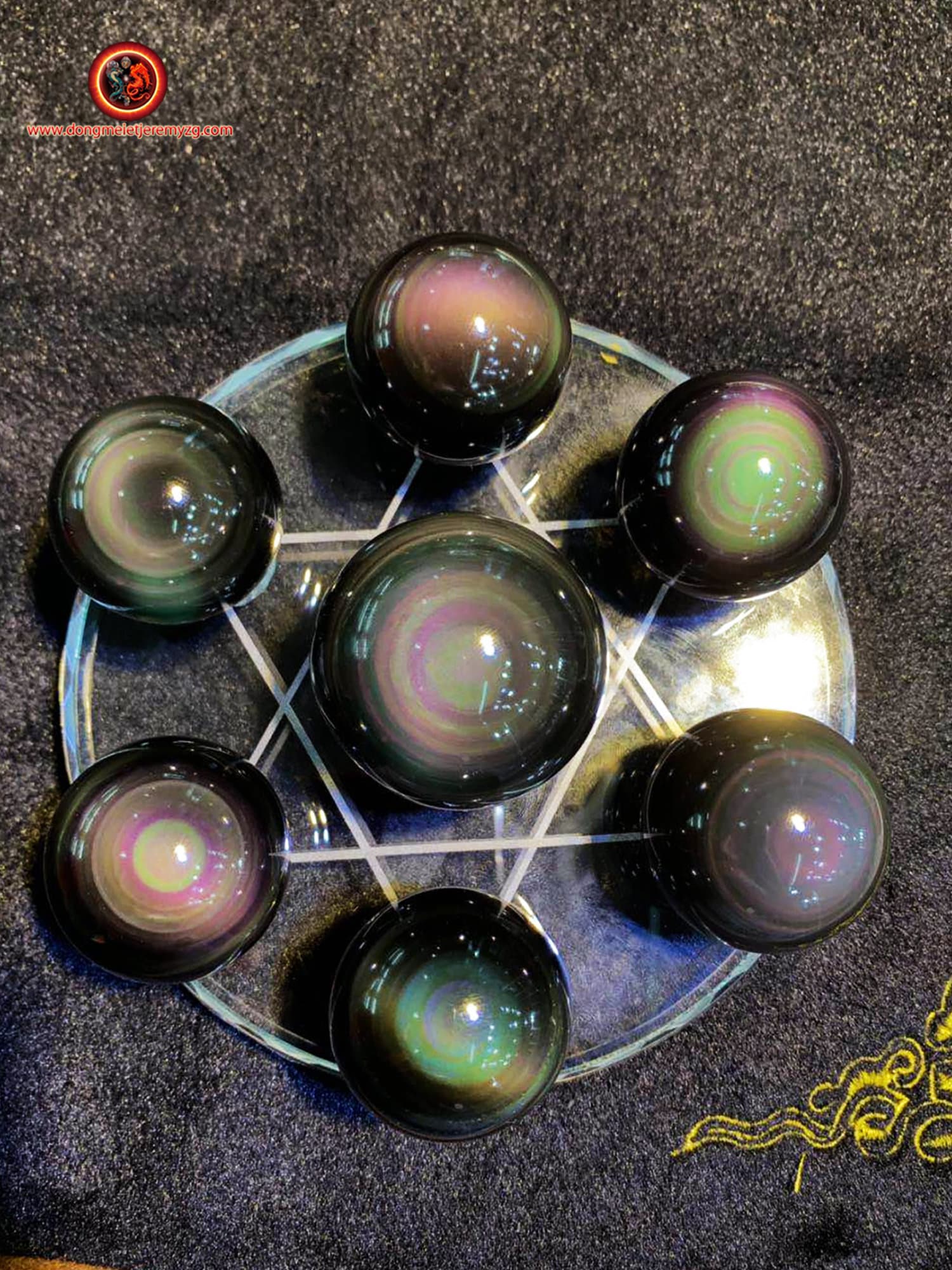 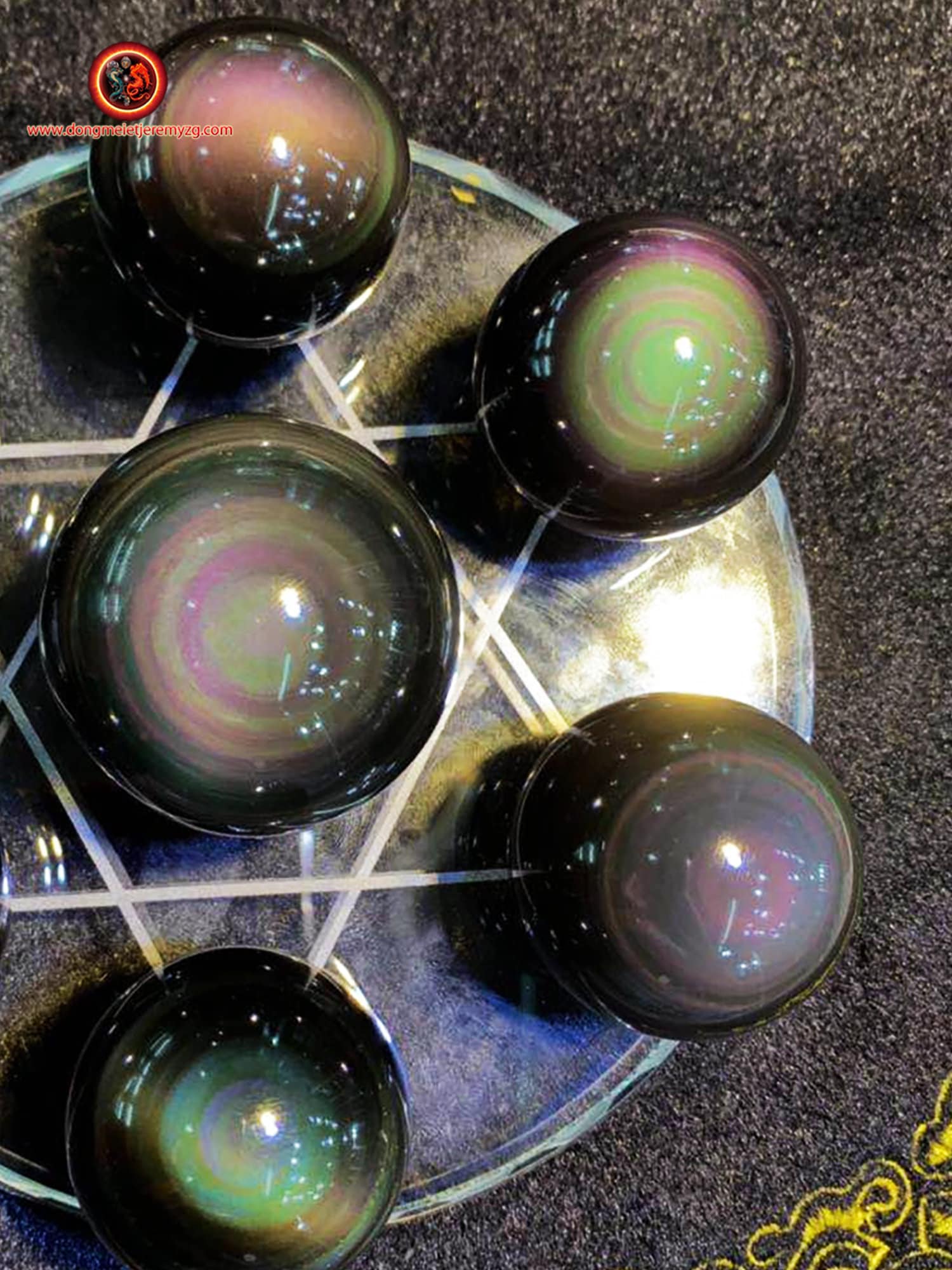 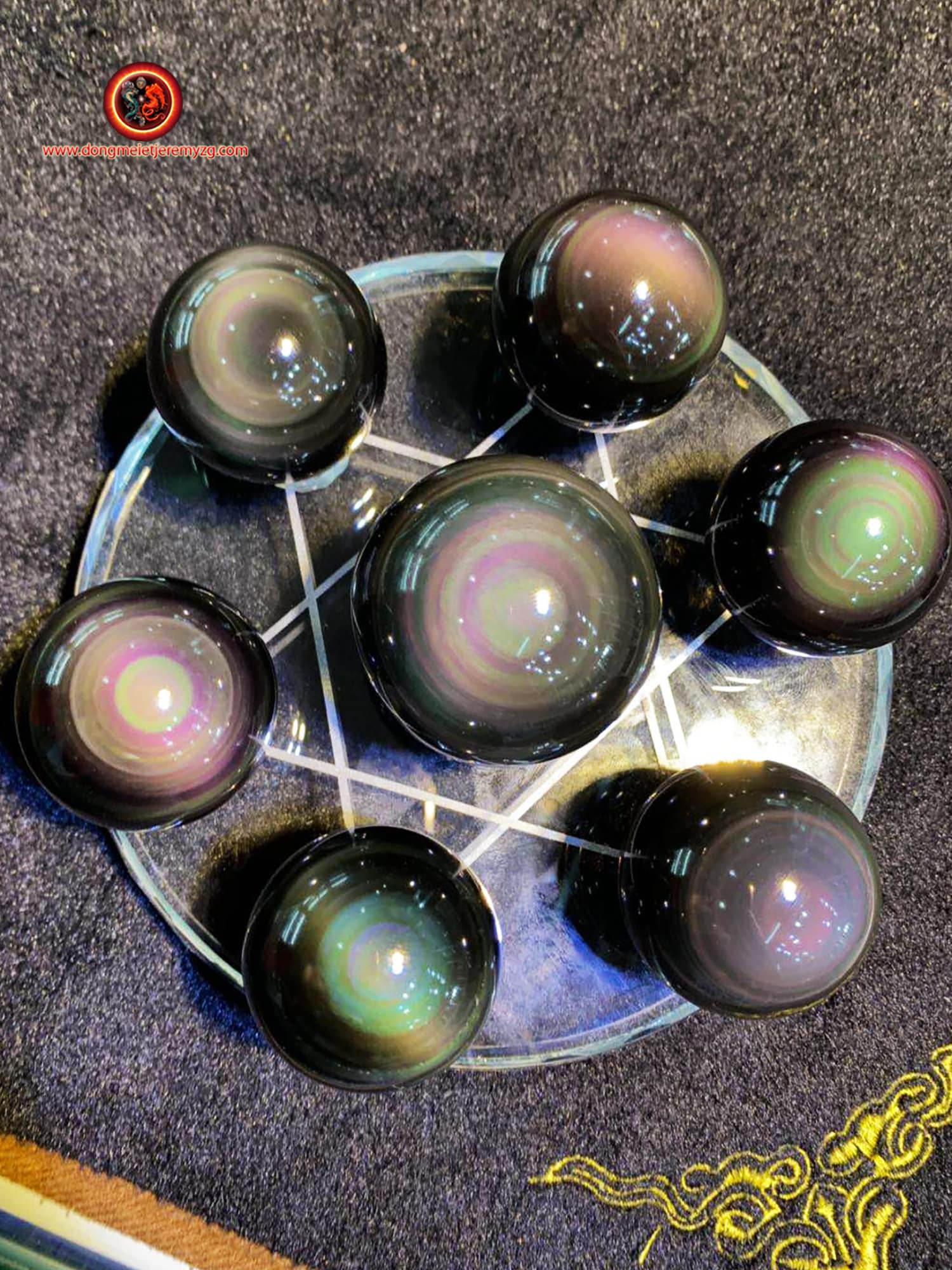 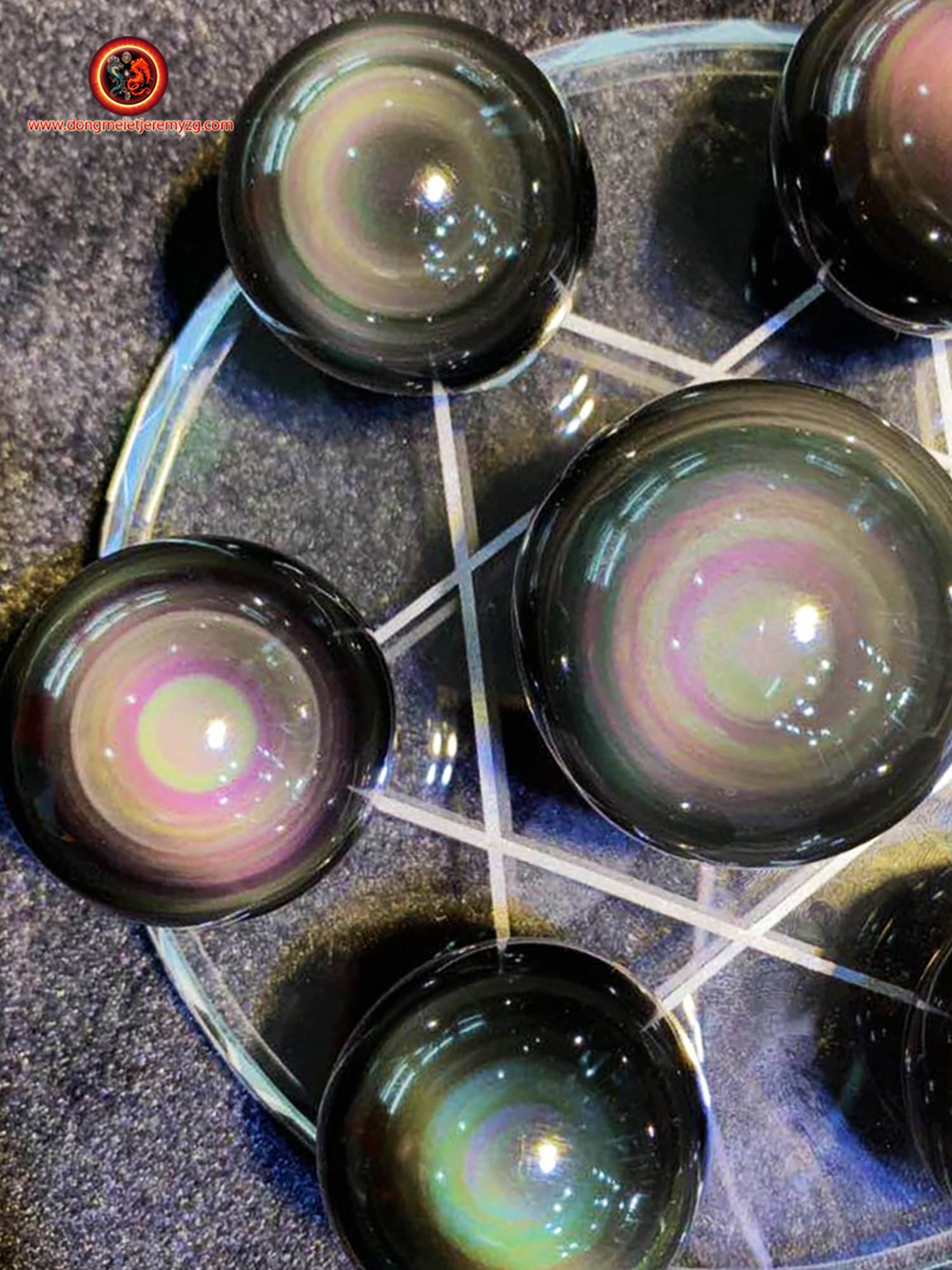 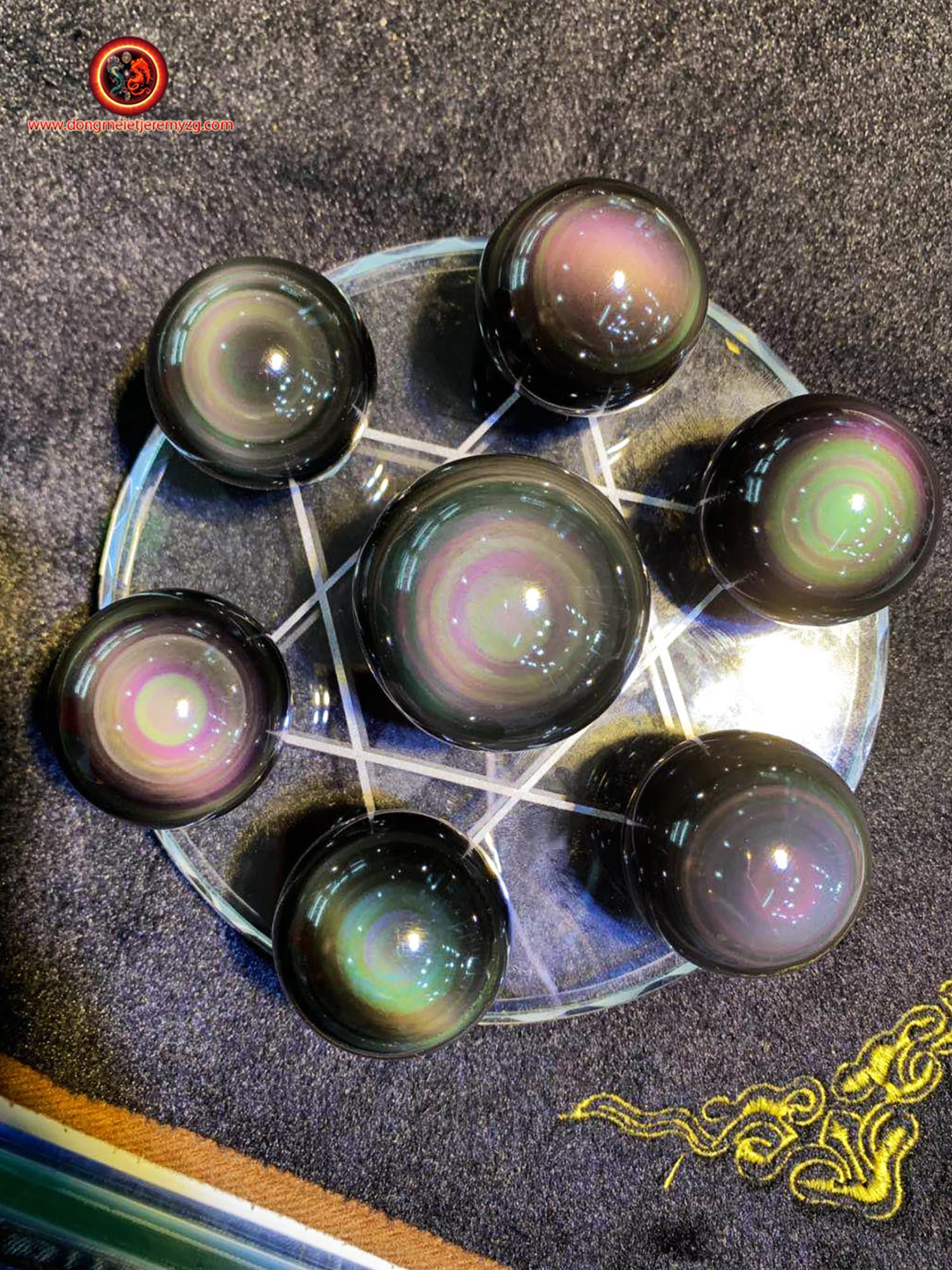 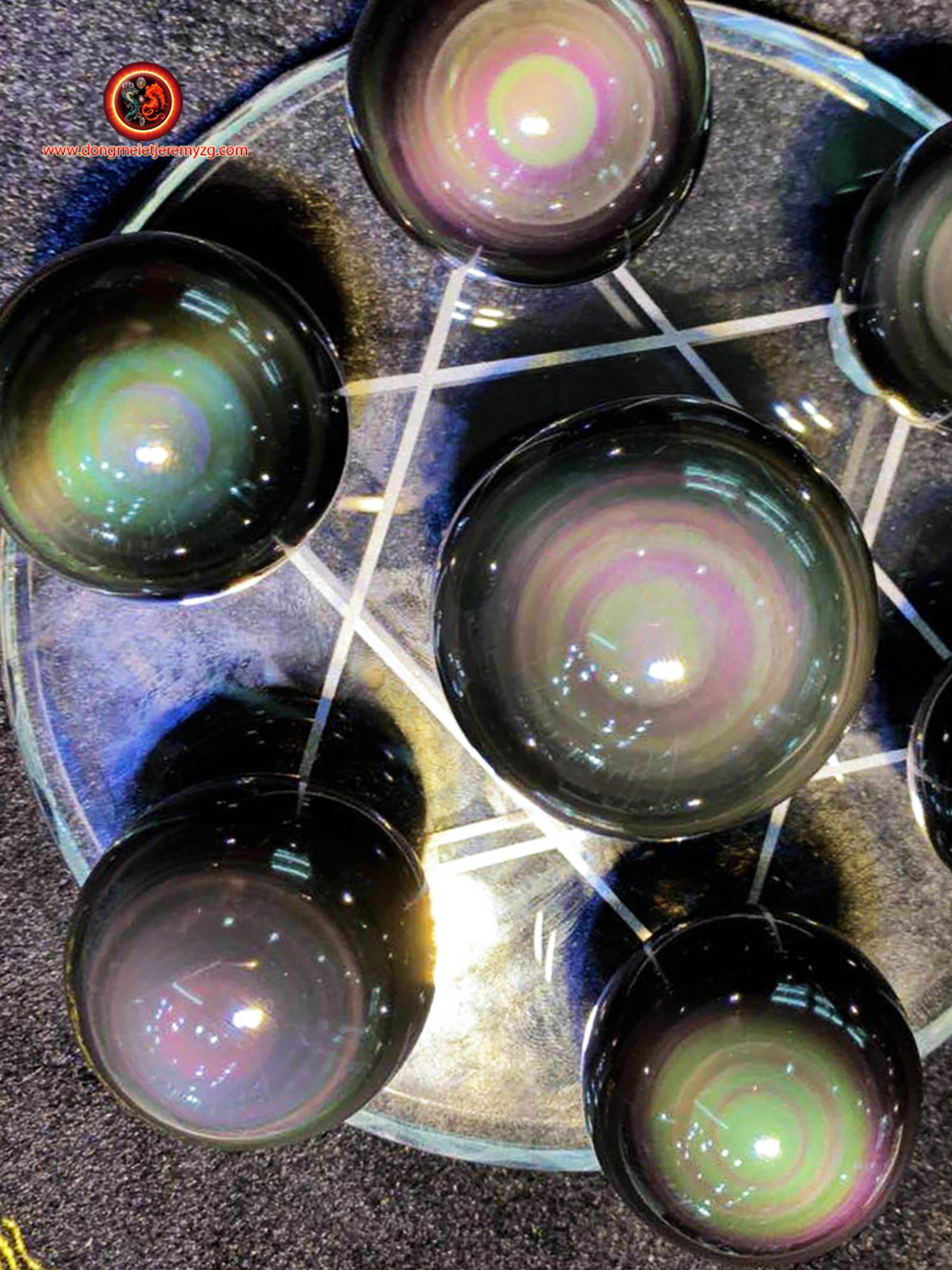 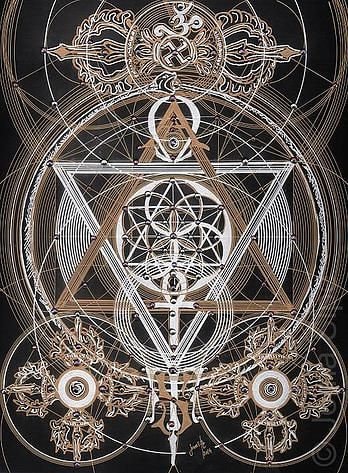 Our article on obsidian on our blog
https://www.dongmeietjeremyzg.com/post/531739014446/obsidienne-formation-histoire-gisements

Symbolism of the 6-pointed star

The shield
In Hebrew the shield is called Teith (9th letter)
The trace of this letter (Aramaic) corresponds to a shield. This also corresponds with the snake and snakeskin with which the shield was covered.

A paleo-dalet, from the ancient paleo-Hebrew. The Magen David - Shield of David - "Star of David in Paleo-Hebrew (Ancient Hebrew) is the link between two palo-dalet letters. Some say it is a non-kosher occult symbol. But the origin of the Shield of David or "Star of David" is indeed Hebrew. Let us remember that in the ancient paleo-Hebrew, the letter dalet (our D) was represented by a triangle (∆).
"The Star of David" is actually made up of two triangular dalets.
For the Pharisees and torah doctors, the six-pointed star symbolized the six days of the week, the seventh day, the divine rest (the Shabbat), was symbolized by the center of the star.

"Take above all this the shield of faith, with which you can extinguish all the fiery features of the evil one."
(Epistle to the Ephesians 6.16)

We find the six-pointed star among the Hebrews, where the Star of David is called, as well as in the Tibetan pantheon and Hindu pantheon, and in the Nordic countries as the pantheon of the Rune Hagal.

Hagal, as rune, is also identified as having 6 being a representation of the world. (What is at the top is symmetrical to what is at the bottom by mirror effect).
The HAGAL rune (Hag-all), is also called "LIFE CROSS" or "COSMOS CROSS"
The Hagal Rune is represented by the letter H, and by the letter X and cut by a vertical or horizontal line in the middle. The X crossed by either a vertical or horizontal line, constitutes the six-pointed star, which is a symbol found in many religions.
HAGAL represents the Order of the World, the Kosmos, the origin, the "all latent" and the completion.

"The great Symbol of Solomon. Quod superius sicut quod inferius [words from the Emerald Table of hermetists: what is at the top is like what is below]... The unity of the macrocosm is revealed by the two opposite points of the two triangles... Thus the universe is balanced by two forces that keep it in balance: the force that attracts and the force that repels... Solomon's Triangle. Plenitudo vocis [fullness of voice, in Latin]. Binah [Hebrew letter]. Physis ["nature," Greek word]... These two triangles, united in a single figure, which is that of a six-ray star, form the sacred sign of the seal of Solomon, the shining star of the macrocosm. The idea of infinity and the absolute is expressed by this sign, which is the great pentacle, that is, the simplest and most complete abbreviation of the science of all things. — Éliphas Levi, Dogma and Ritual of High Magic (1854-1861), in Secrets of Magic, Paris, Robert Laffont, et al. "Bouquins," 2000, p. 8, 62-66.

In the religion of Hinduism, the six-pointed star in the Hindu tradition, or Shatkona, symbolizes either Brahma, the creator god, or the Hindu trinity, the trimurti, or is a Shivaite symbol.