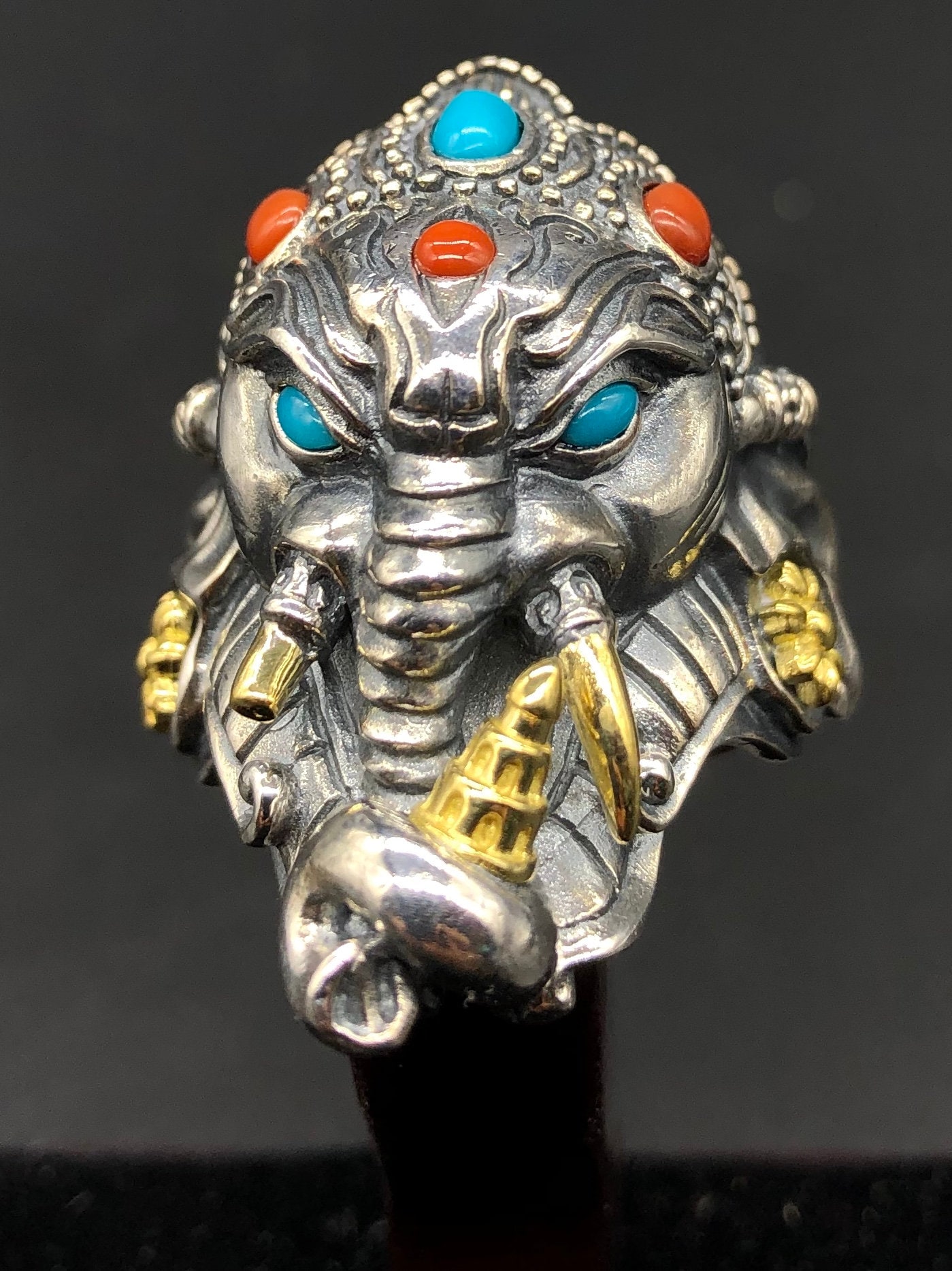 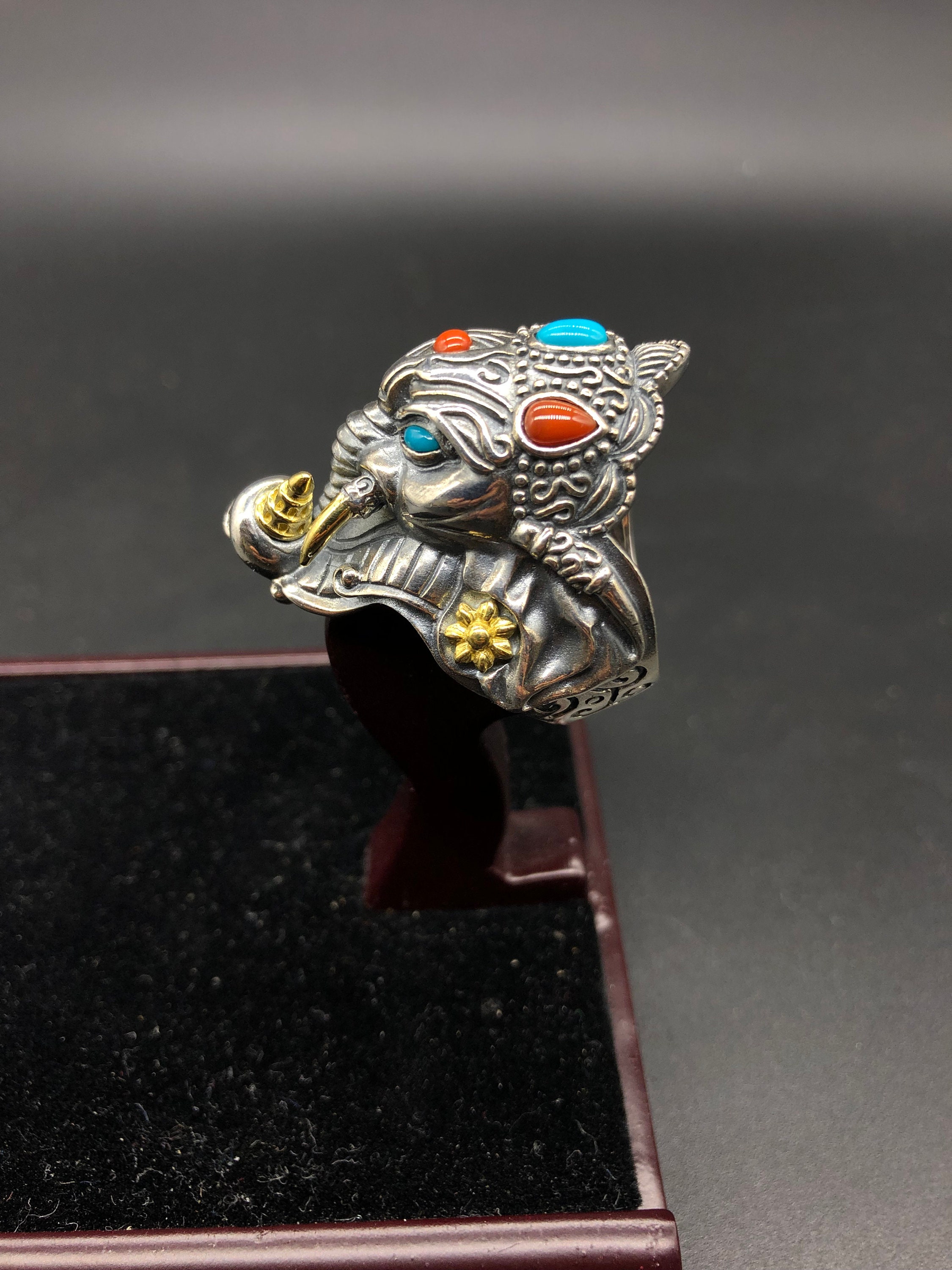 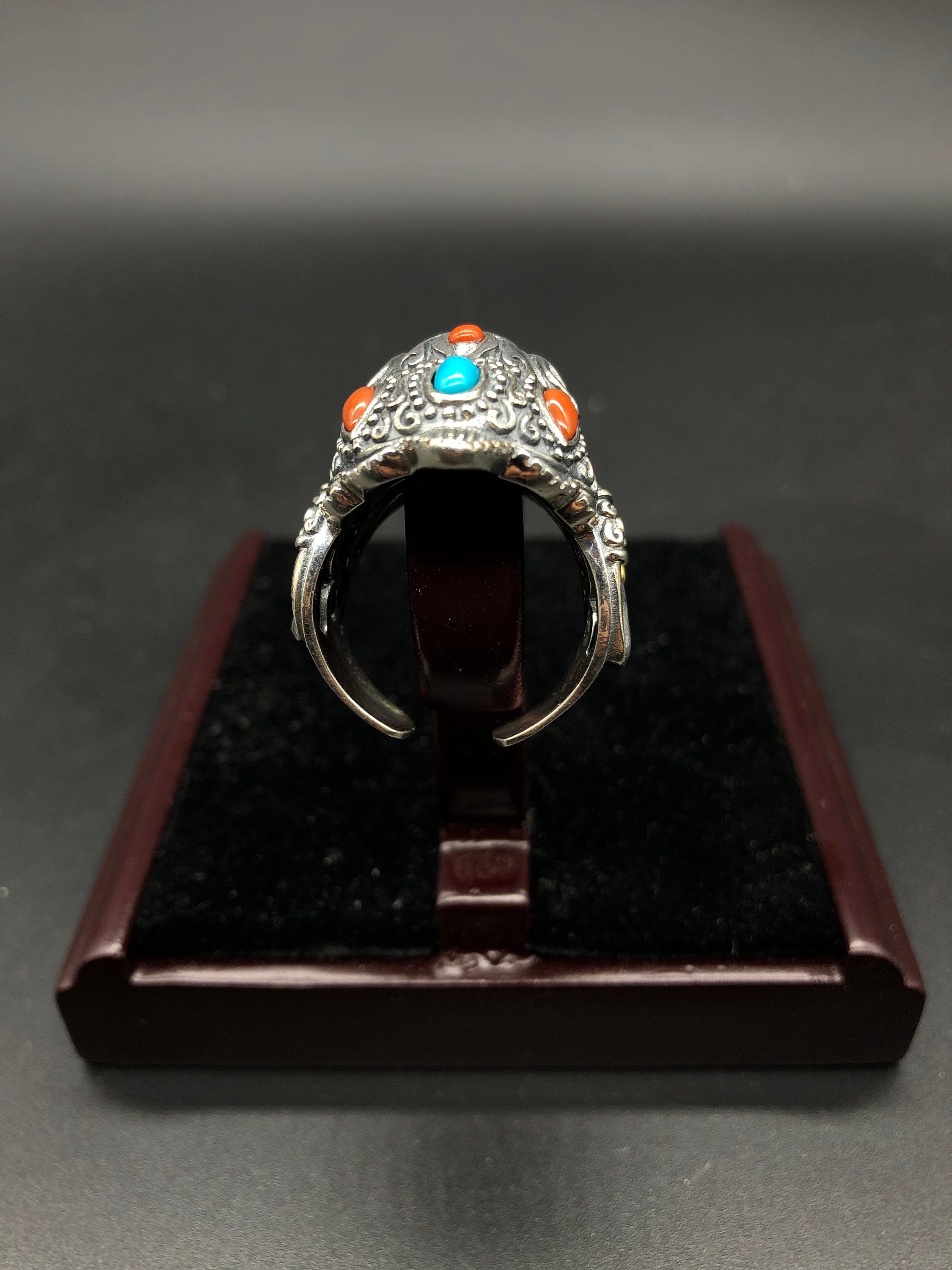 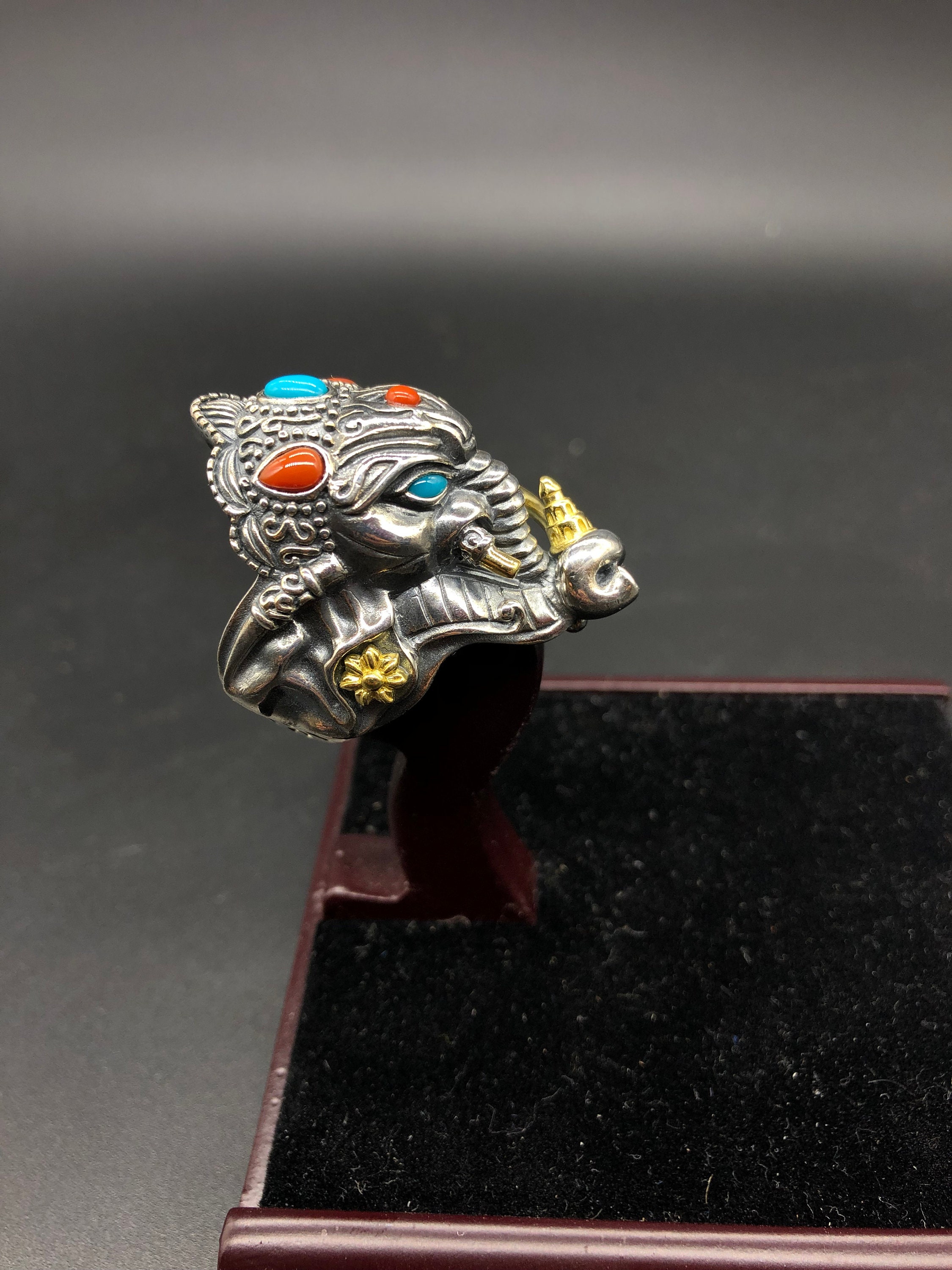 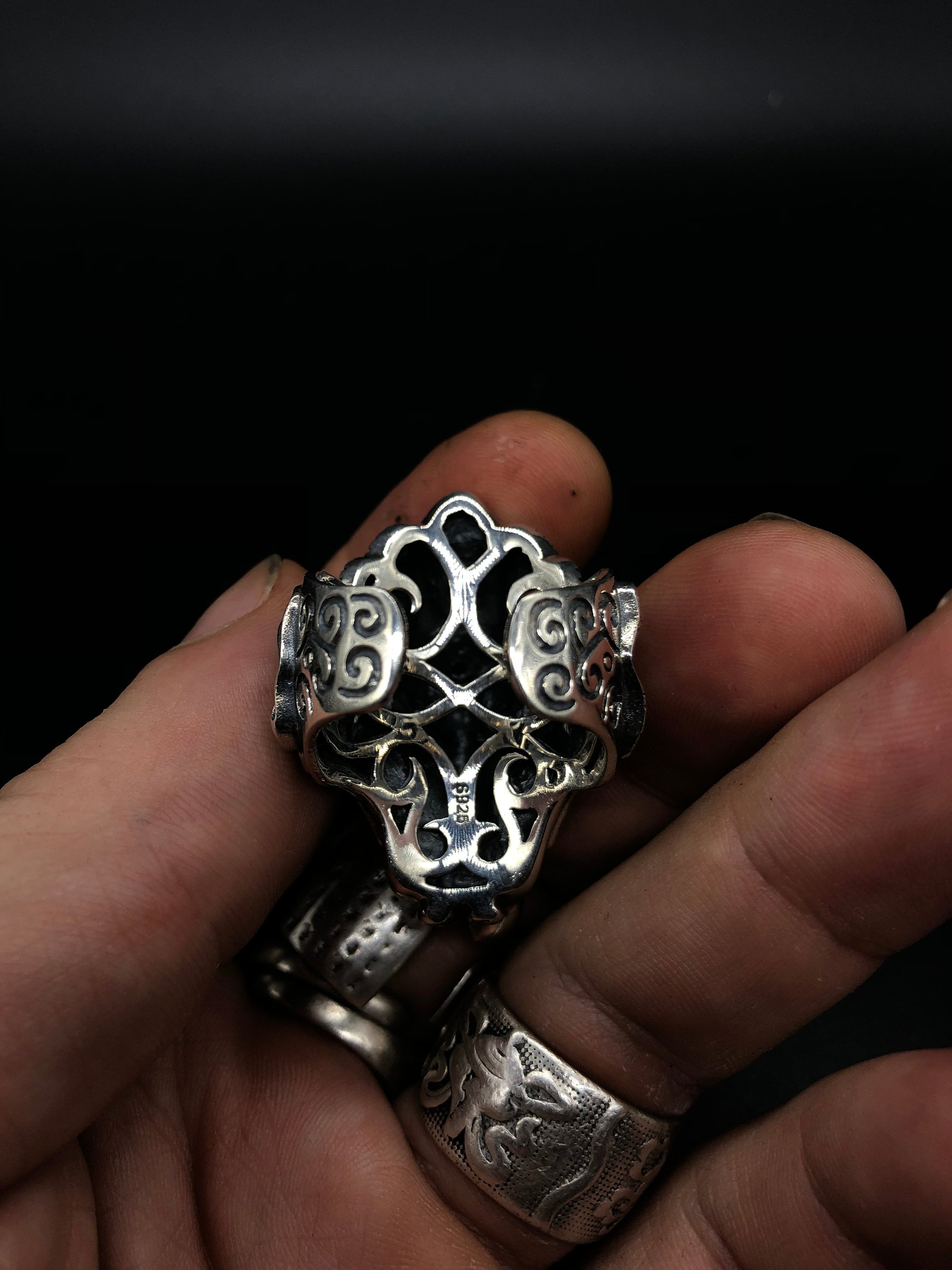 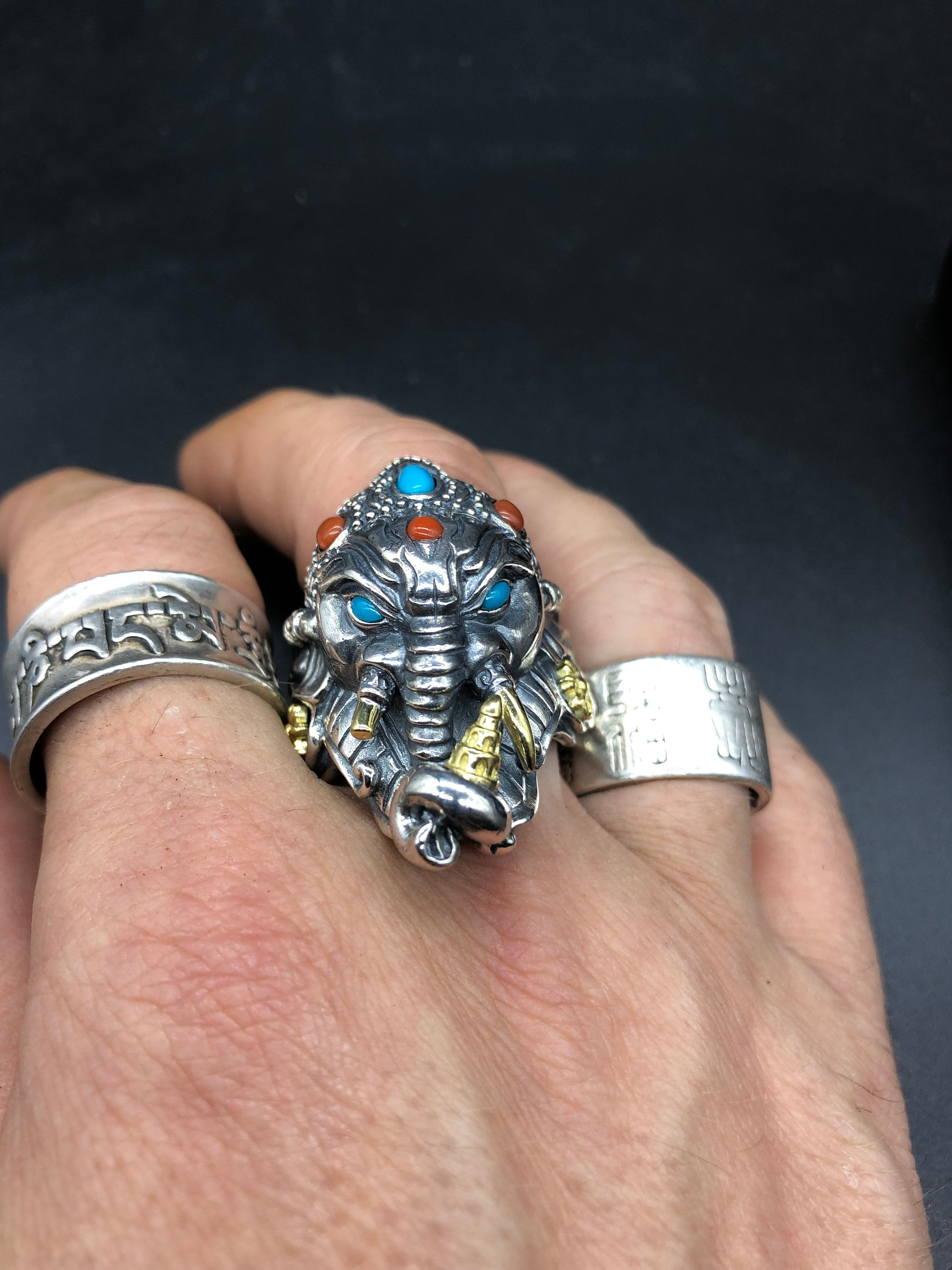 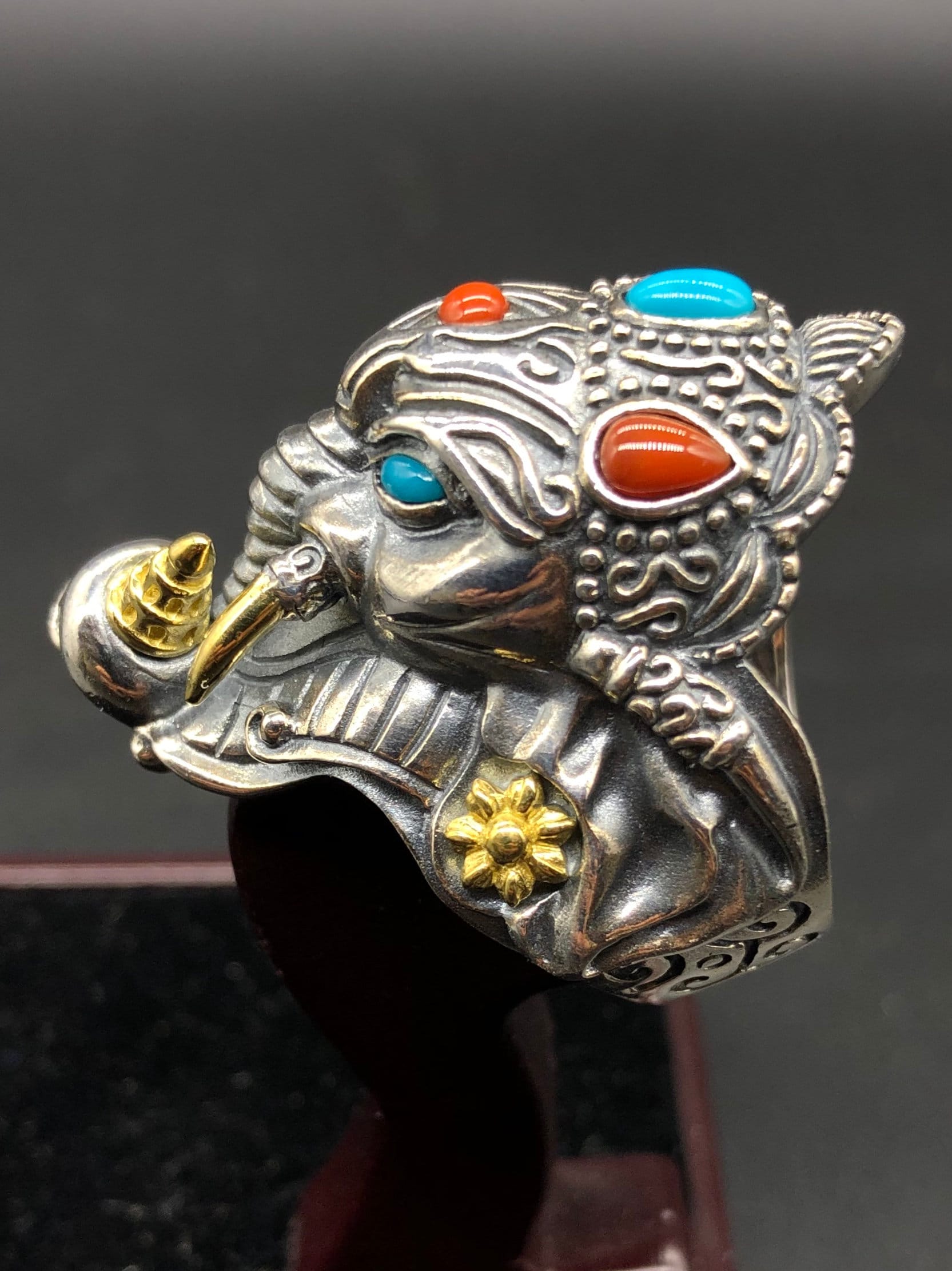 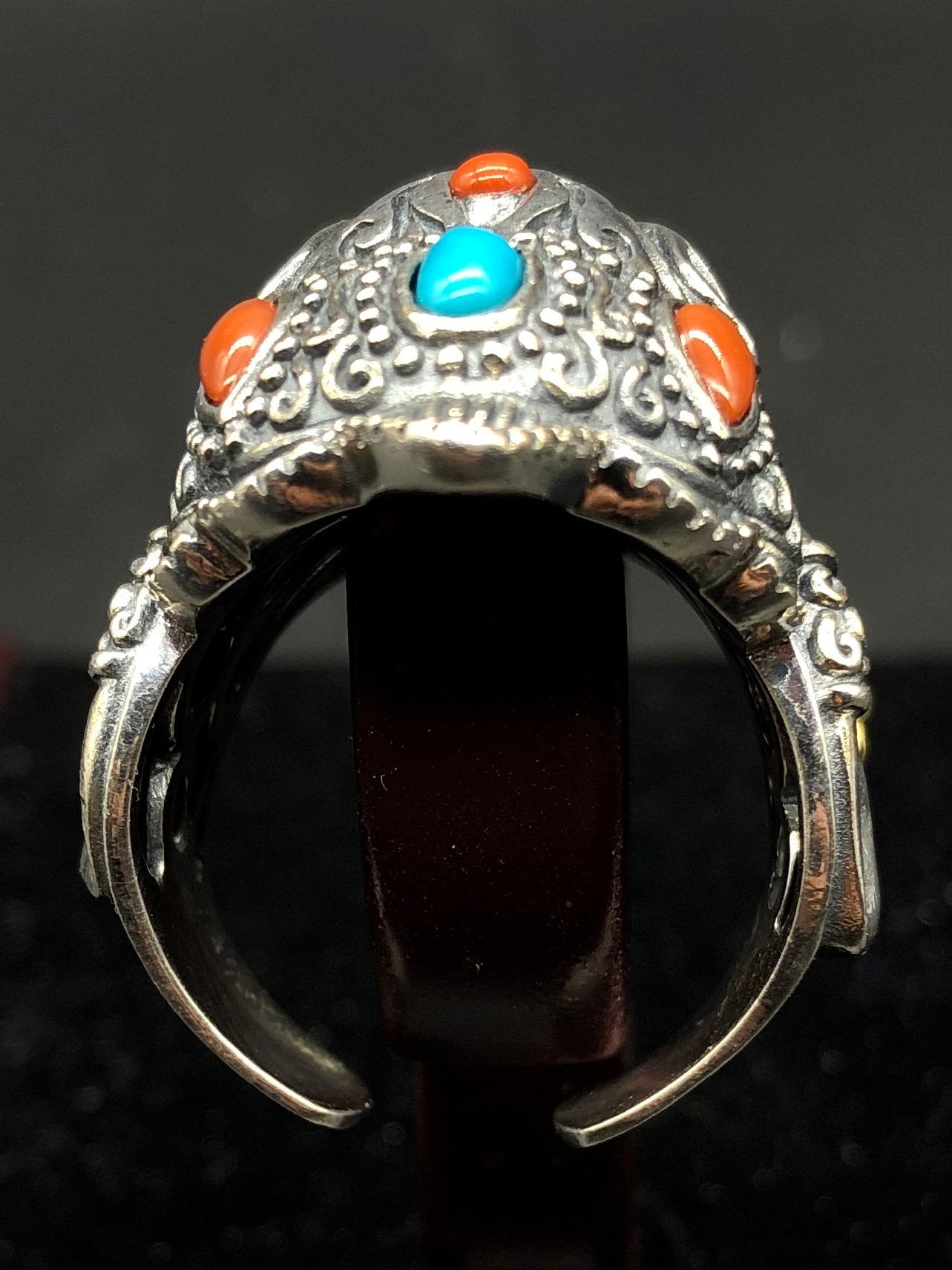 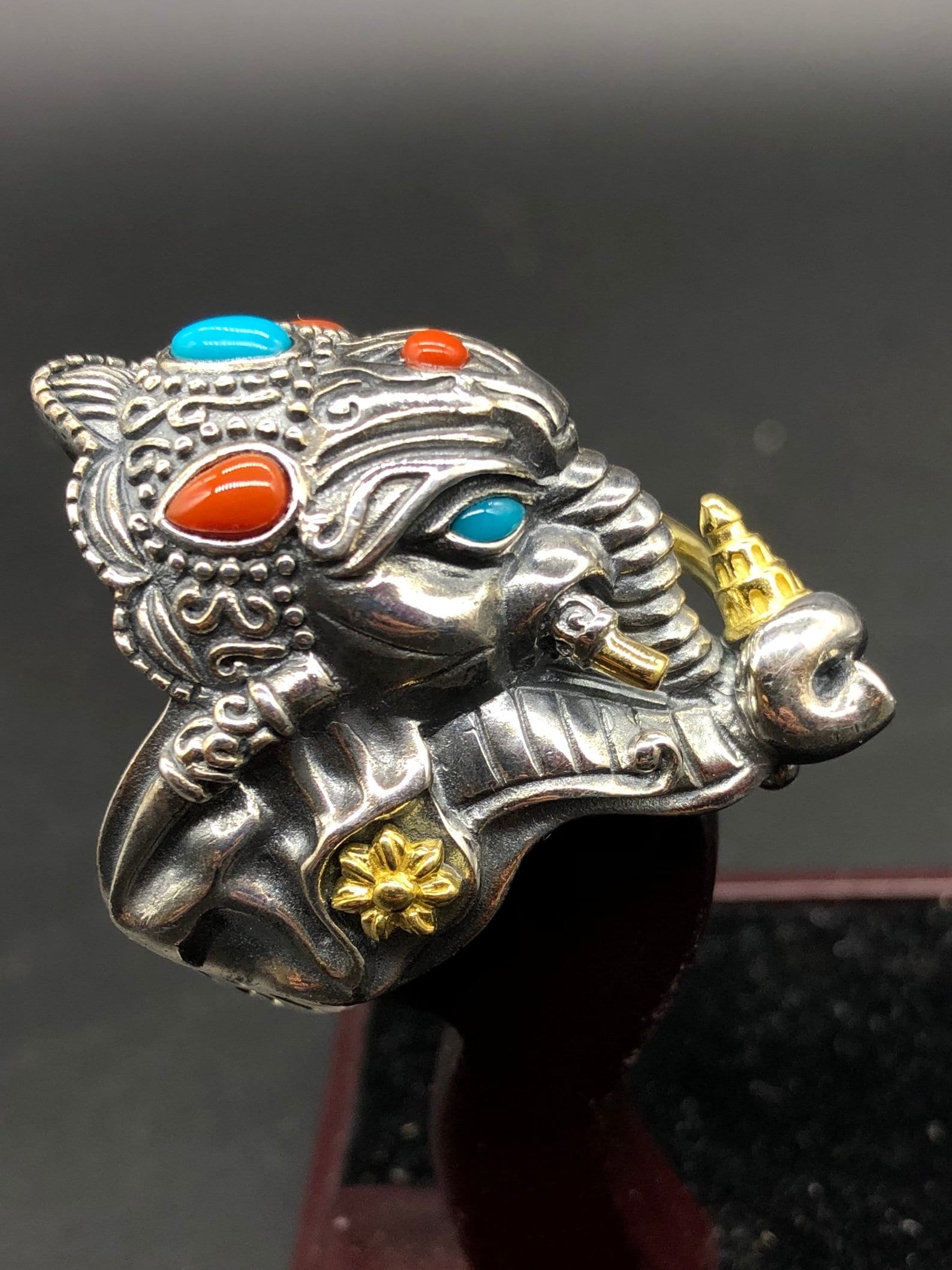 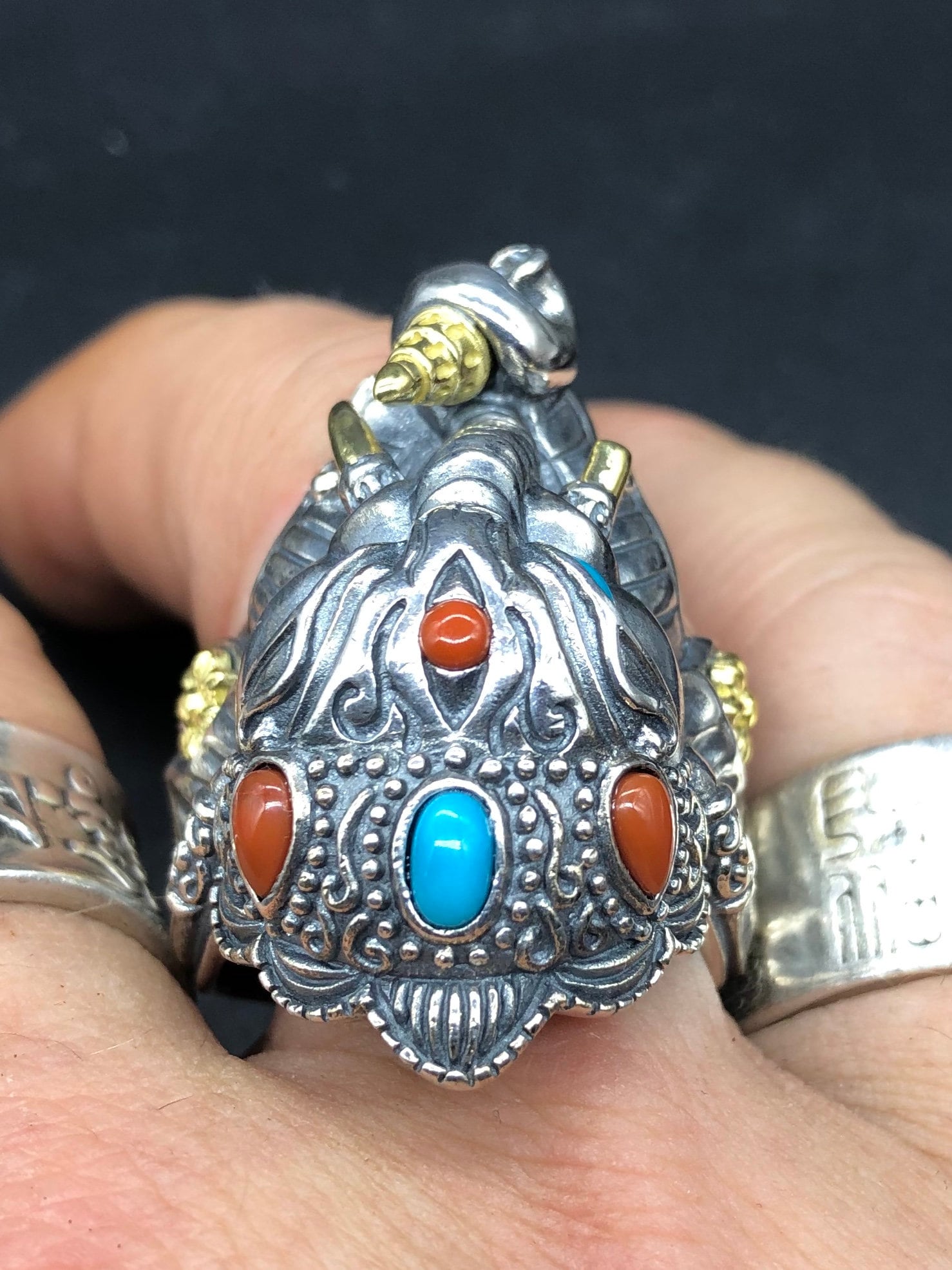 Open ring so adjustable to any finger sizes.

The God-elephant Ganesh (or Ganesha/Ganapati, also sometimes called Siddhi data)
is one of the most popular gods of Hinduism and is also widely represented
in the temples of Theravada Buddhism (India, Thailand, Indonesia...)
Vajrayana (Tibet, Nepal...).
He plays an important role in Tantrism and is present in the Tibetan Pantheon
where it is recognized primarily as a deity of wealth
but is also part of the attributes of some of the fallen deities.

The Japanese name of Ganesh is Shōten (聖天) or Kangiten (歓喜天), Japanese Buddhism considers it a manifestation of shō Kannon Bosatsu (聖観音菩薩). In Japanese, the Kanji 天 is used as the equivalent of the Hindu Deva.

Ganesh is the God of wisdom, intelligence and prudence,
among other patron saint of schools and teachers.
In Thailand it is mainly invoked for wealth but is also
the God of artists and all "creative".

It is the God who raises both material and spiritual obstacles for his worshippers.
He is the son of Shiva and Pârvatî, the husband of Siddhî, the success and Riddhî, the wealth.