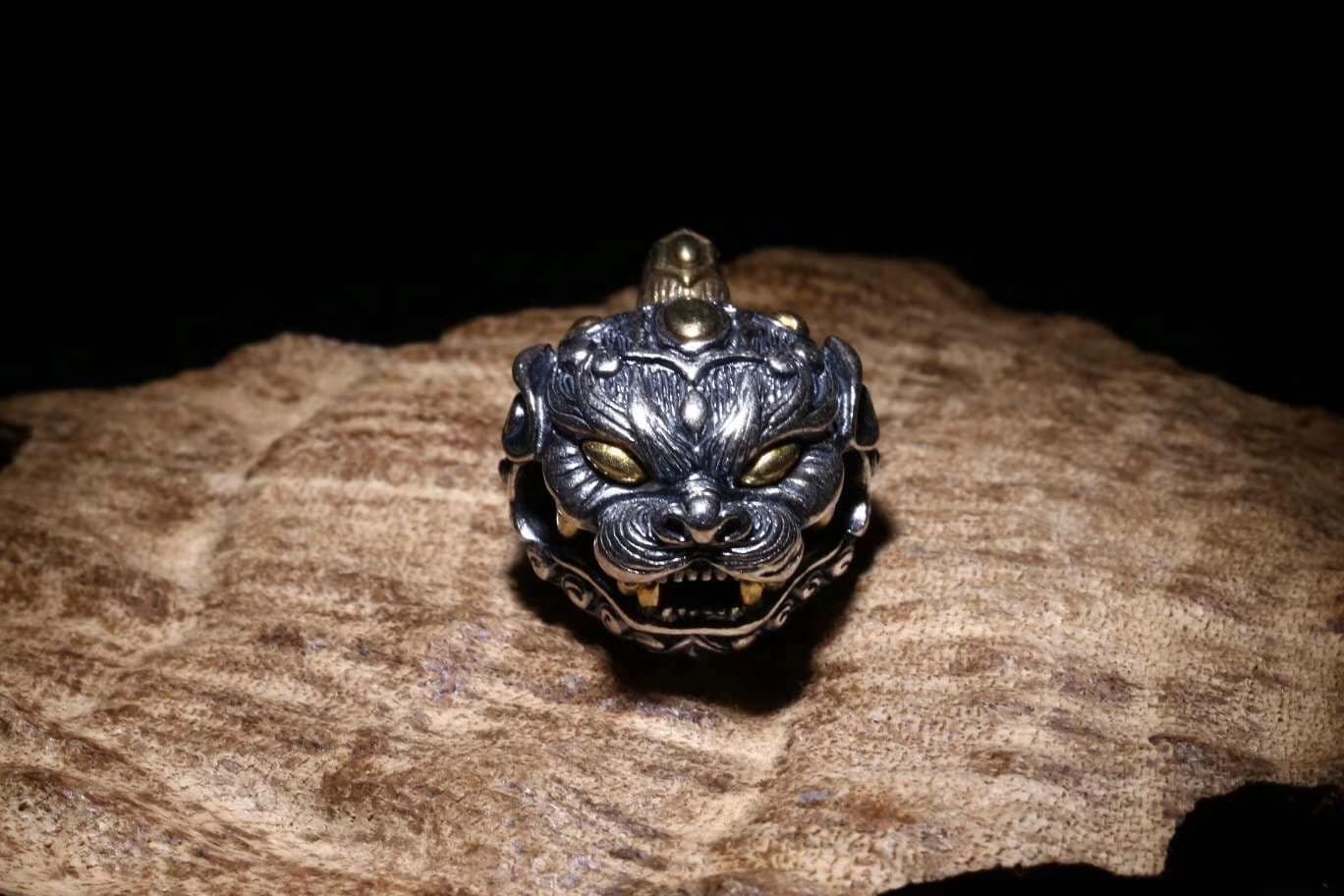 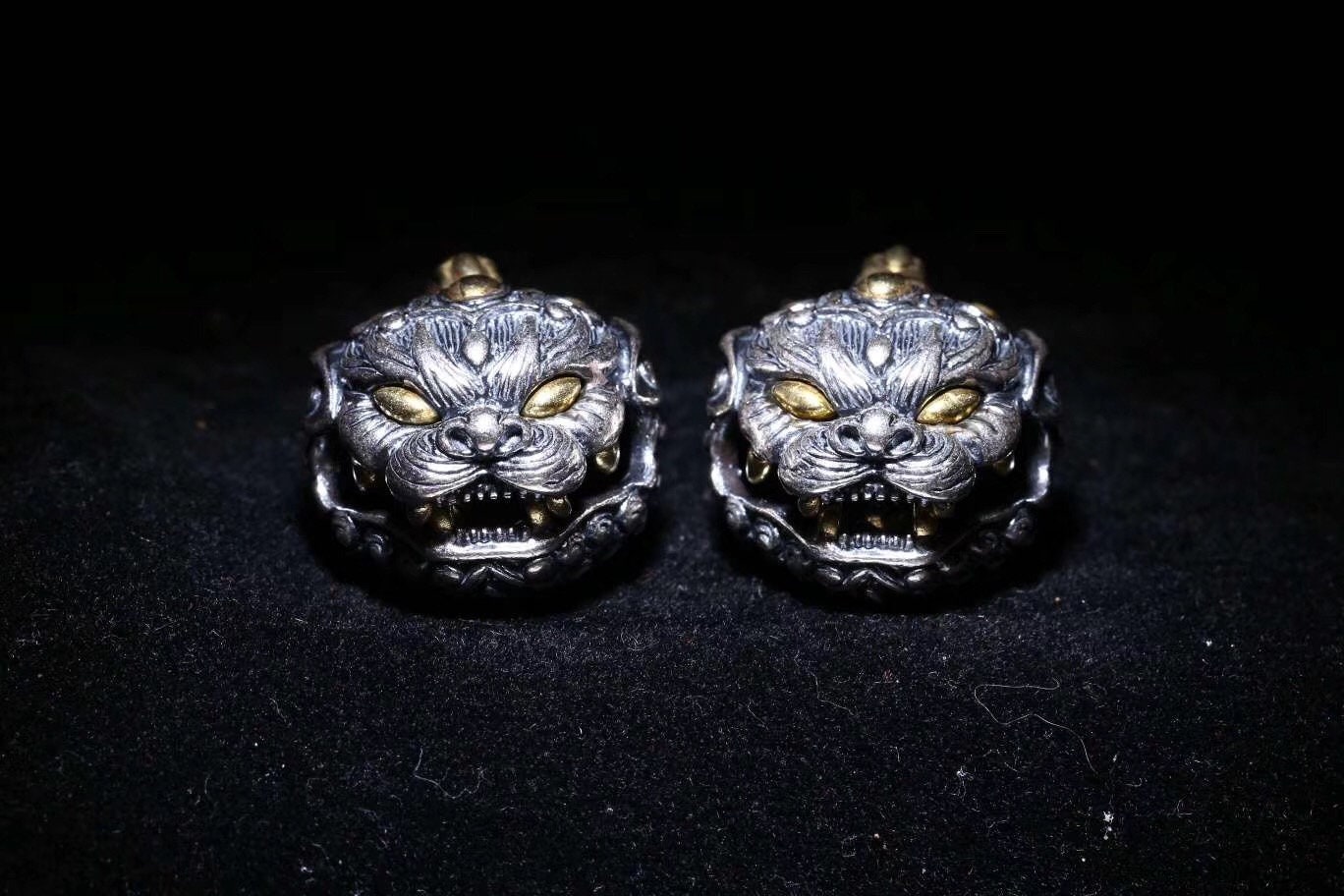 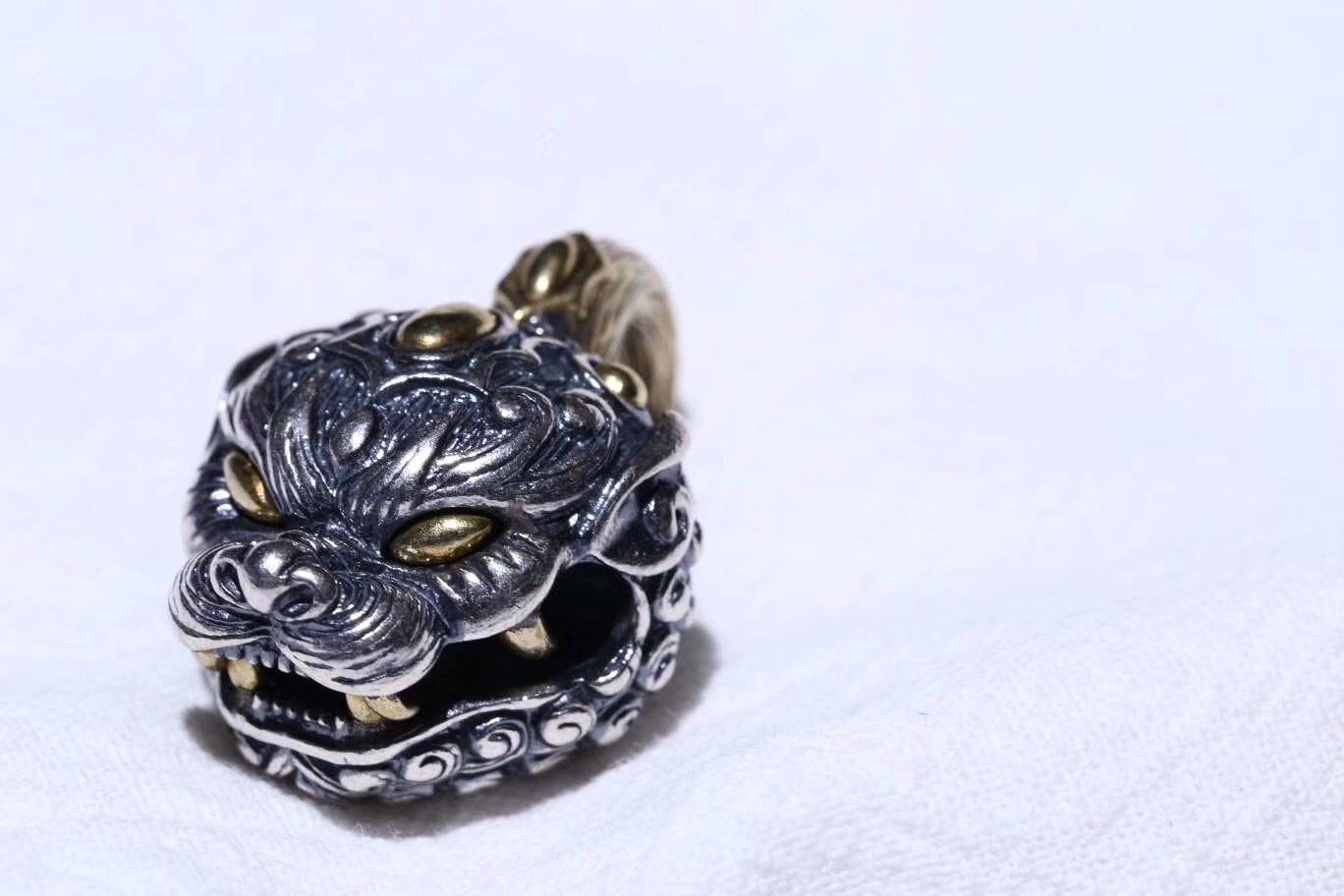 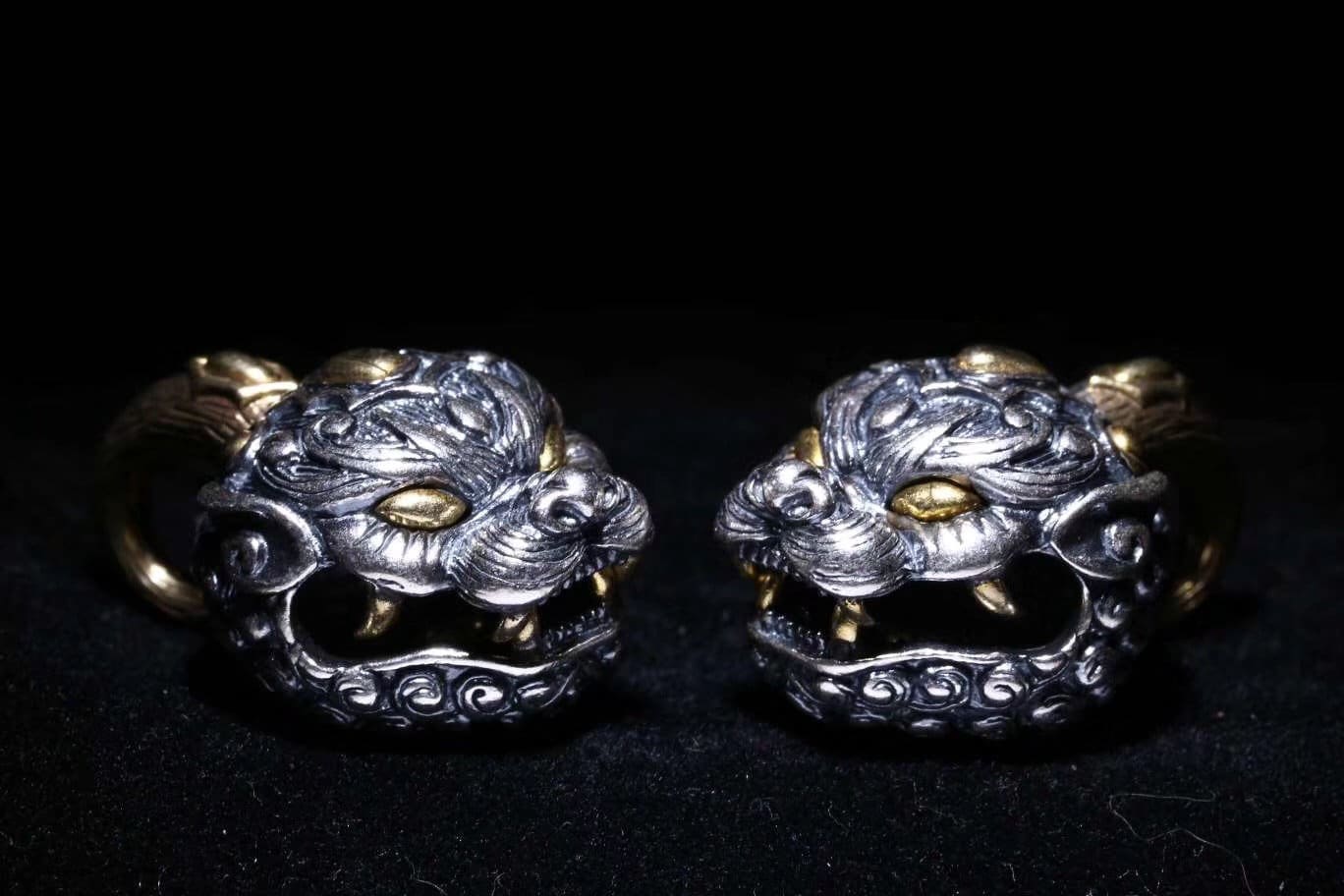 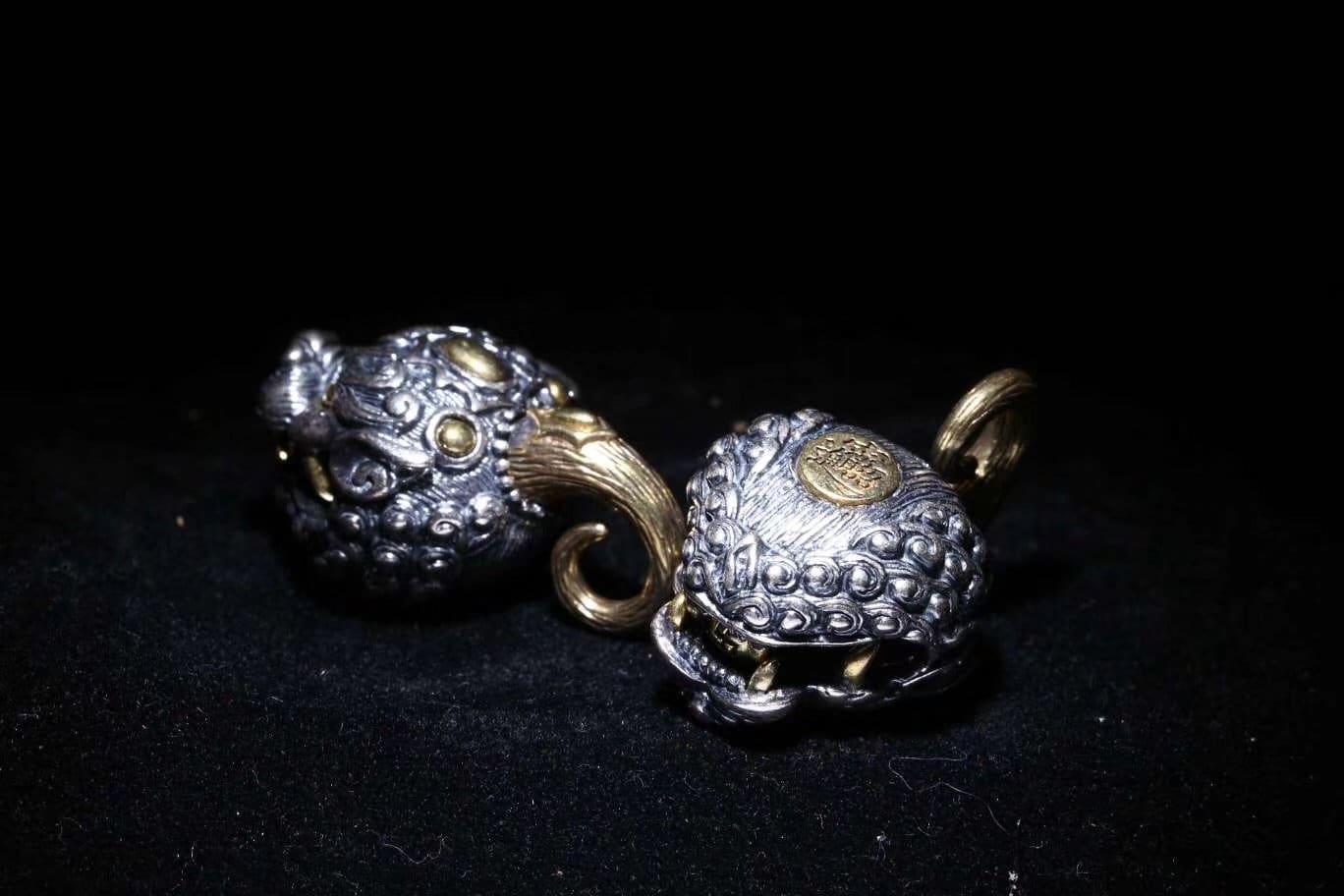 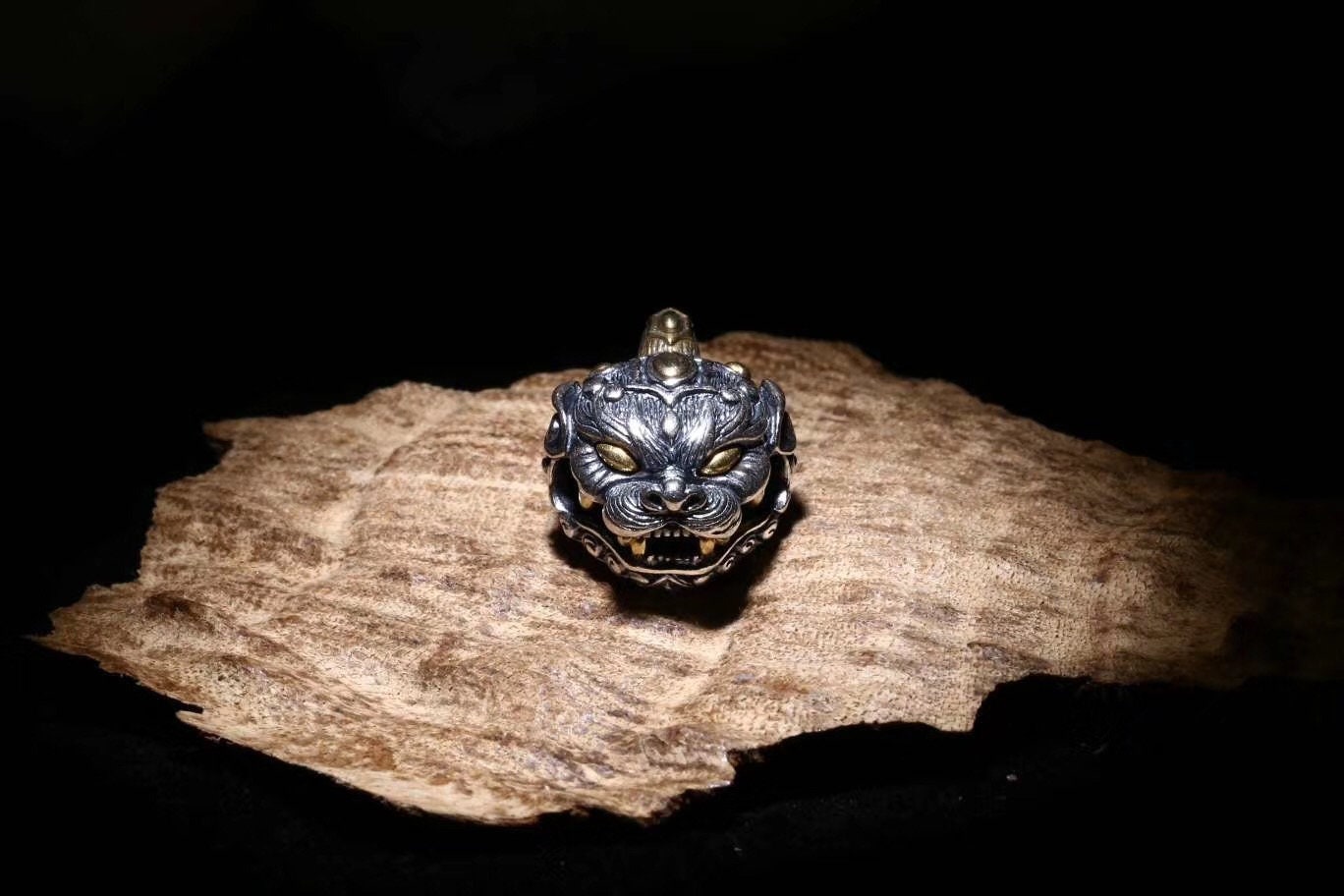 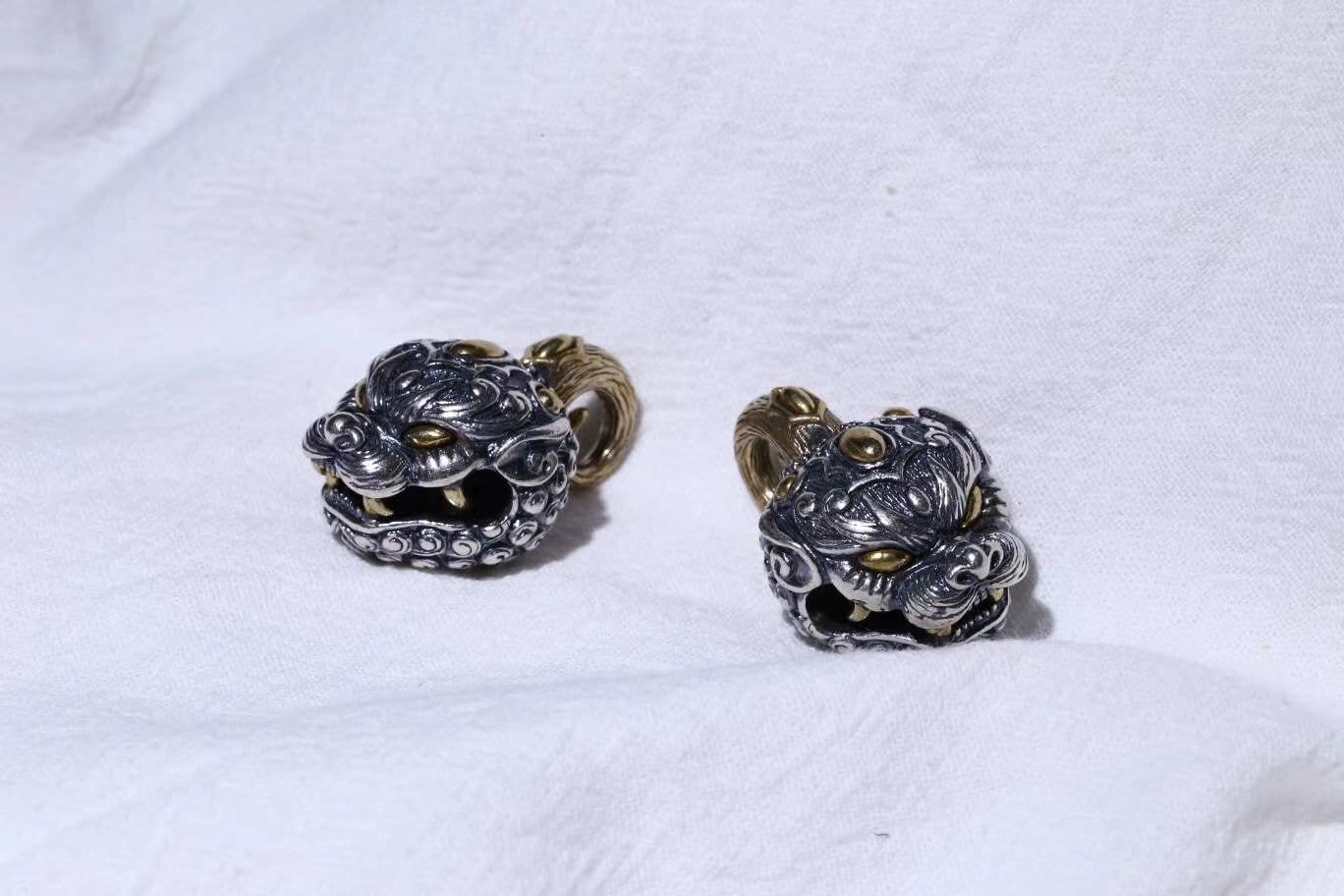 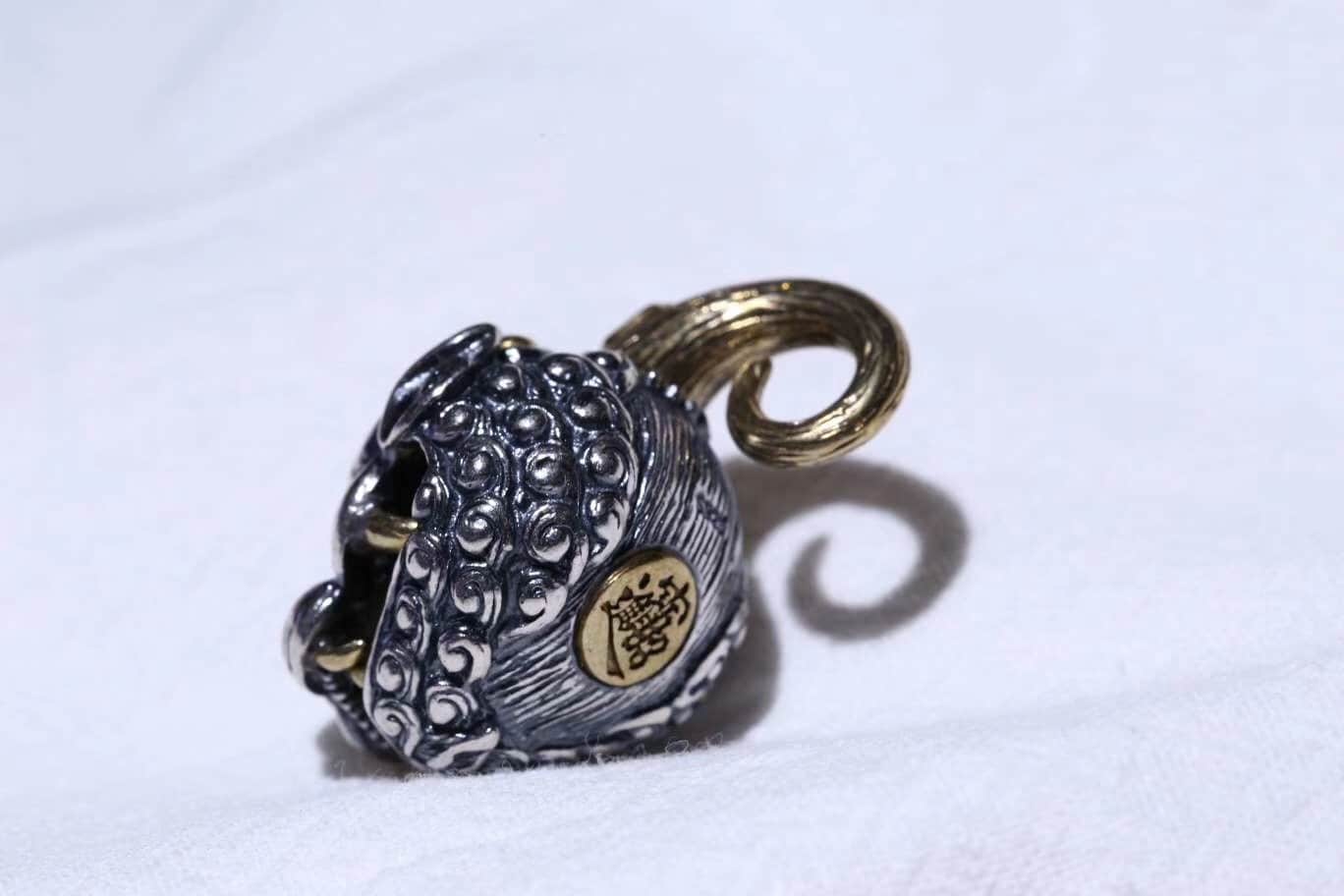 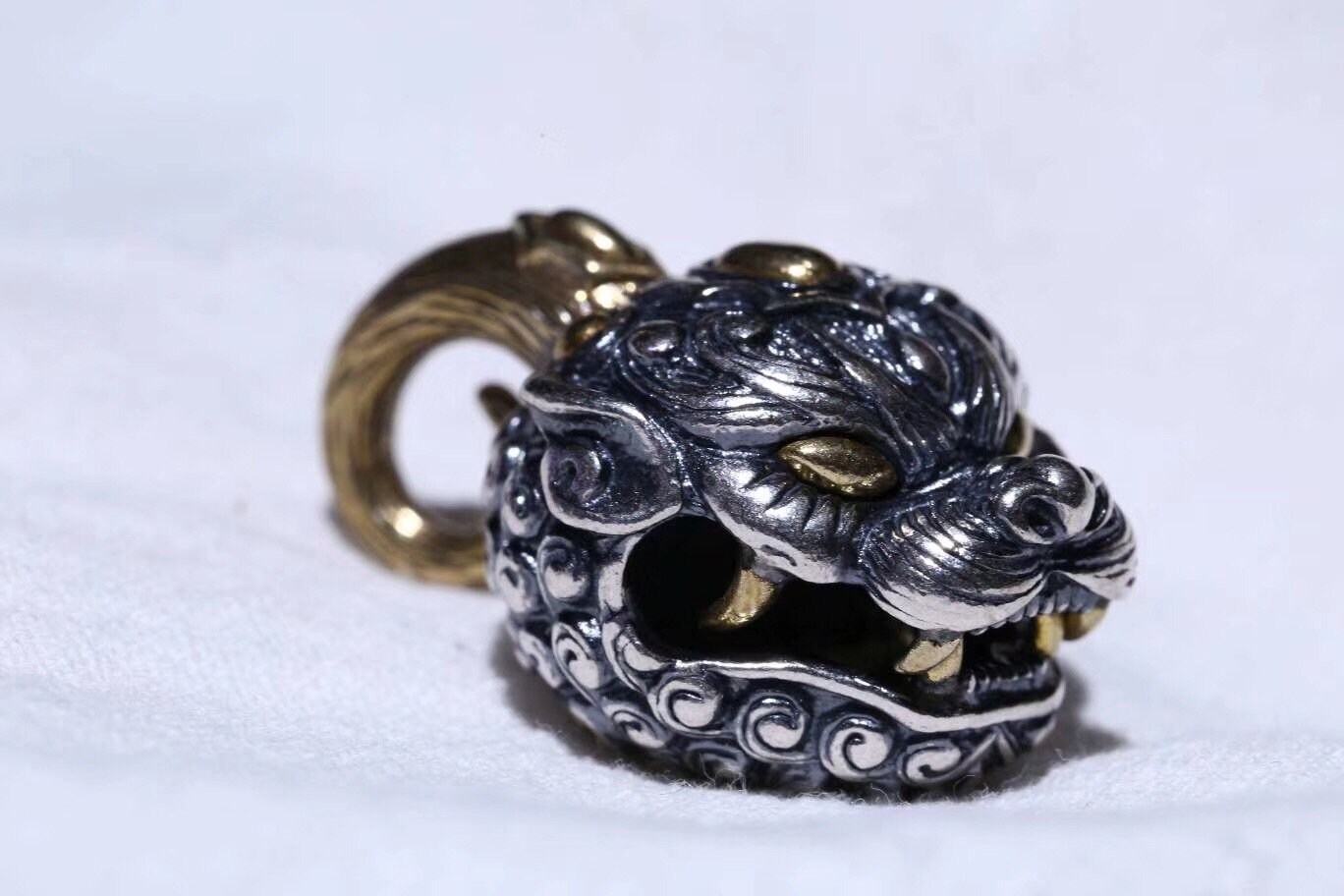 Video of the amulet visible by clicking on this link

The Jingle of the Bell will warn of the bad spell and the evil eye.

e PI Xiu or PI Yao or Chinese lion is the fifth animal of Chinese mythology.

Born on the 18th day of the 2nd lunar month, he is the ninth child of a celestial dragon of the Jade Emperor.

He is considered a guardian, a protector, he is also reputed to be fond of gold and silver that he devours with great appetite.

The popular legend says that one day PI Xiu bafoua a celestial law.

The Emperor of jade, very dissatisfied, inflicted him as punishment, to no longer eat only gold and silver and to Crown the whole, he simply removed his anuslui thus removing any possibility to get rid of the riches that he would swallow.

Since then, it has been a symbol of conquest and gain in Asia.
In ancient China, warriors had a reputation for being as brave as PI Xiu,

so much so that the words "PI Xiu" appeared on military banners, symbolizing conquest and gain.

In Feng Shui it is used, in the same way as the Tiger or the Dragon for example.

Guardian and protector, he takes away the bad energy and pushes back bad luck.

Let's not forget that he is the son of a celestial dragon, so he has wings like him.

It has a large mouth, often gaping, with long teeth, two big eyes and a well bounced belly.

It possesses the body of a Chinese lion and the head of a long mane Dragon.

However, notable differences between males and females are noted.

The latter is often represented mouth closed, so that the money is wasted, sometimes also with a paw placed on a bar or other wealth to protect it.

The male is often open-mouthed to be able to fetch the money and defend his master and his house.

The PI Xiu in Feng Shui is used extensively in all of Asia and the rest of the world.

The PI Xiu is one of the main protective animals of the House and allows to harvest and conserve the money.

Armed with long teeth, he will be able to carry the riches and ensure his defense.

People who go through a bad time or want to keep the bad fortune carry a PI Xiu in a bracelet, a necklace or put a pair in their bag.