Buddhist pendant, Tibetan protection amulet. Silver 925 and copper. Wheel of life and double Dorje on the back of the pendant 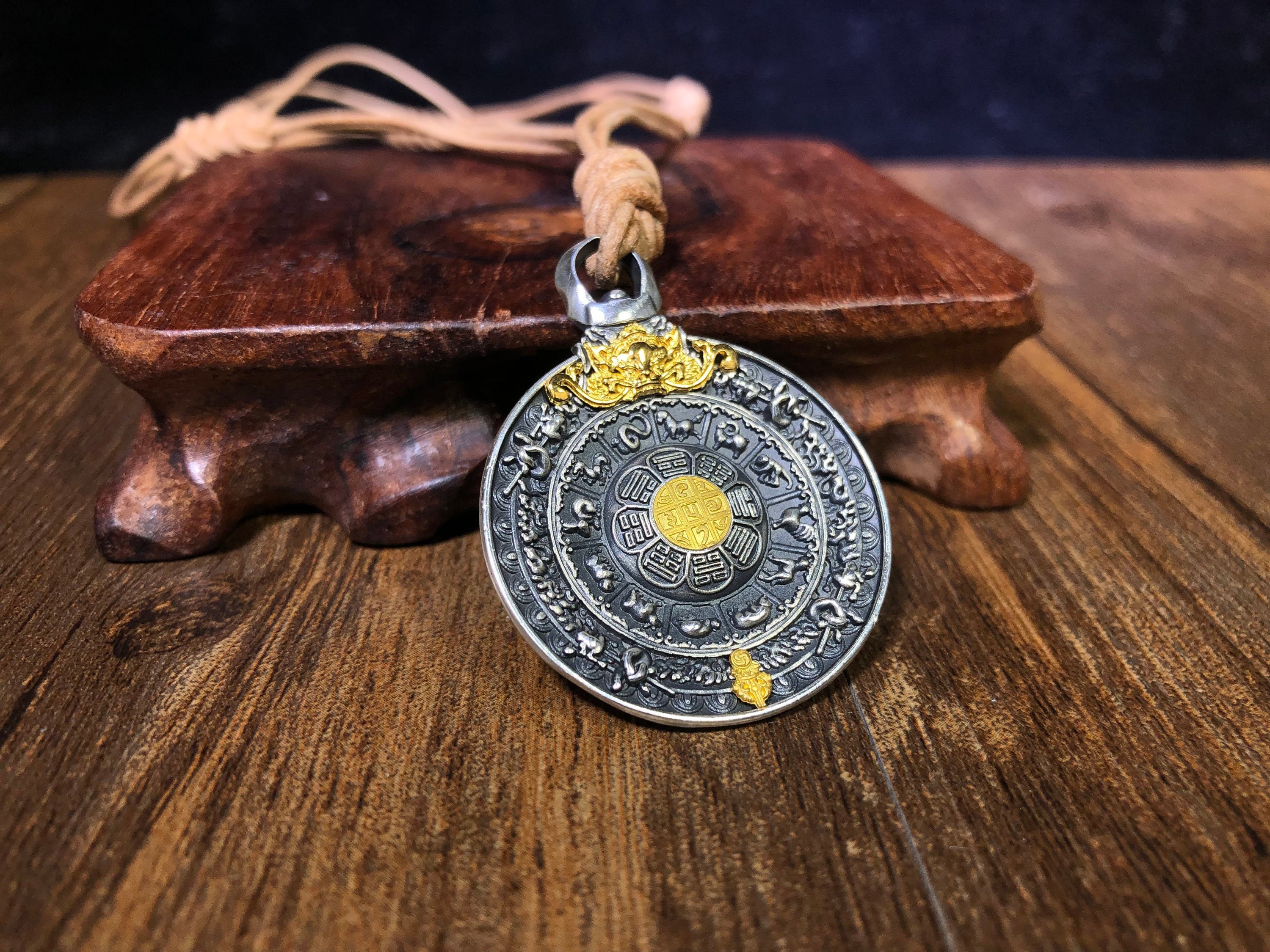 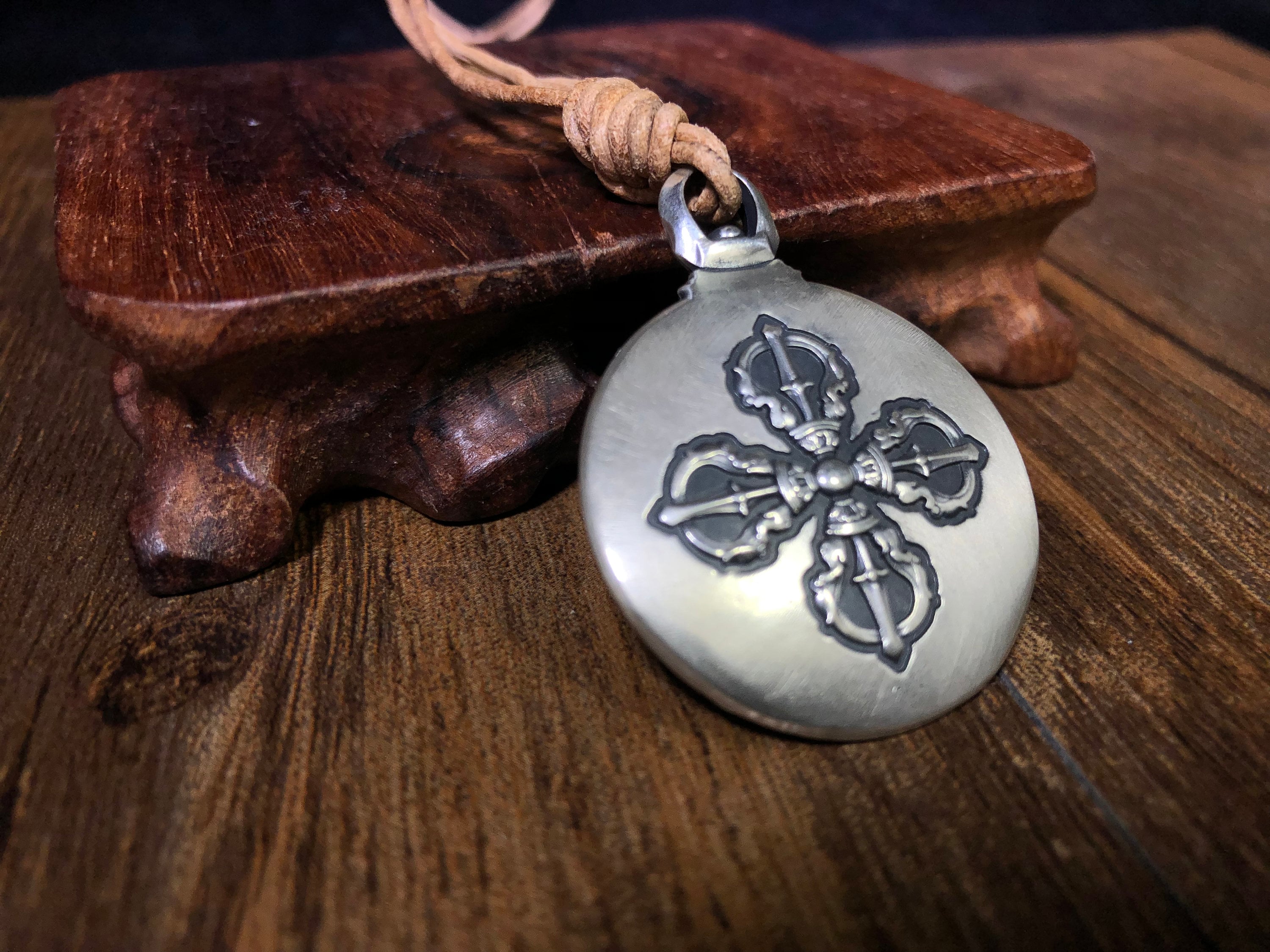 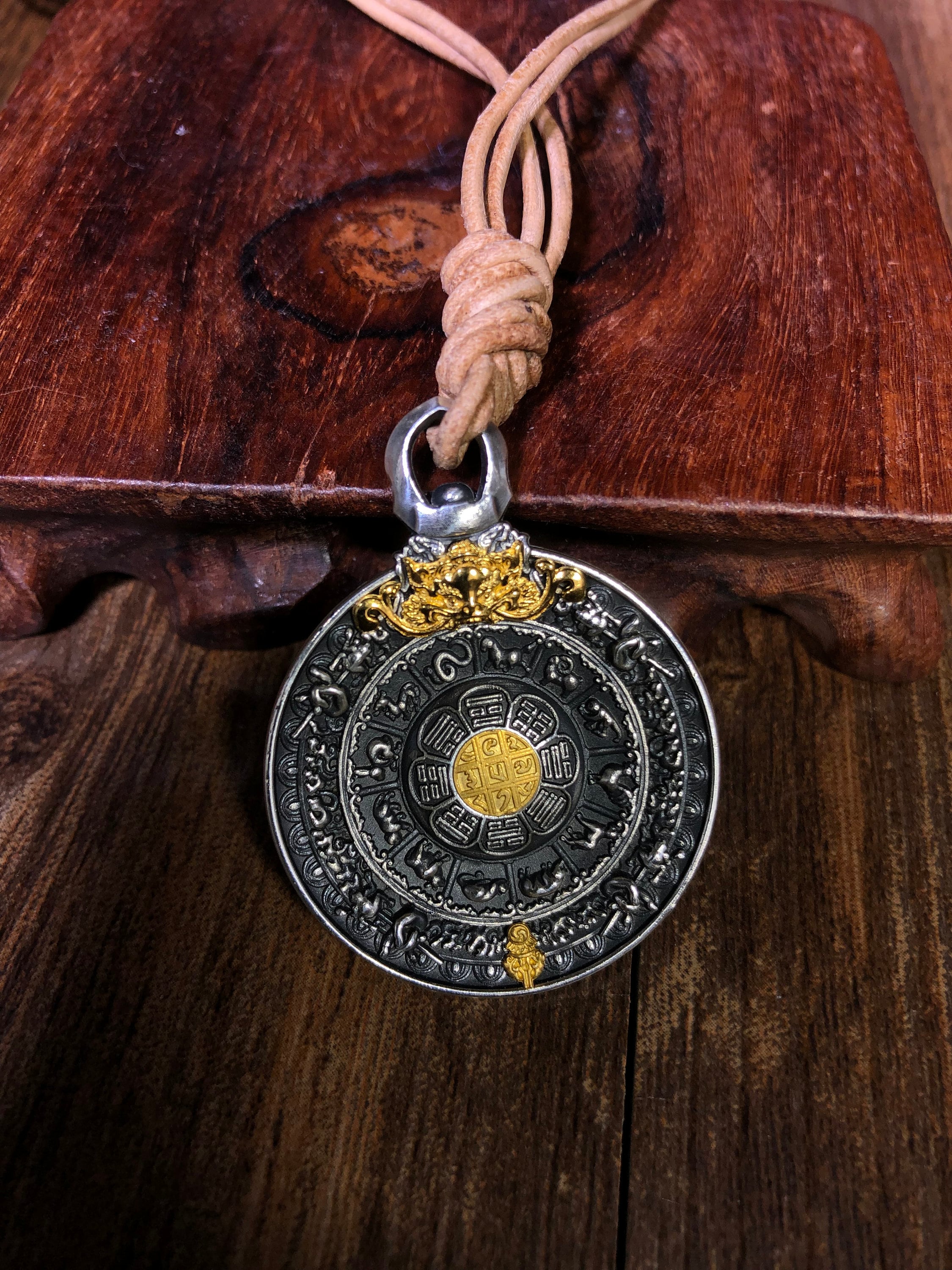 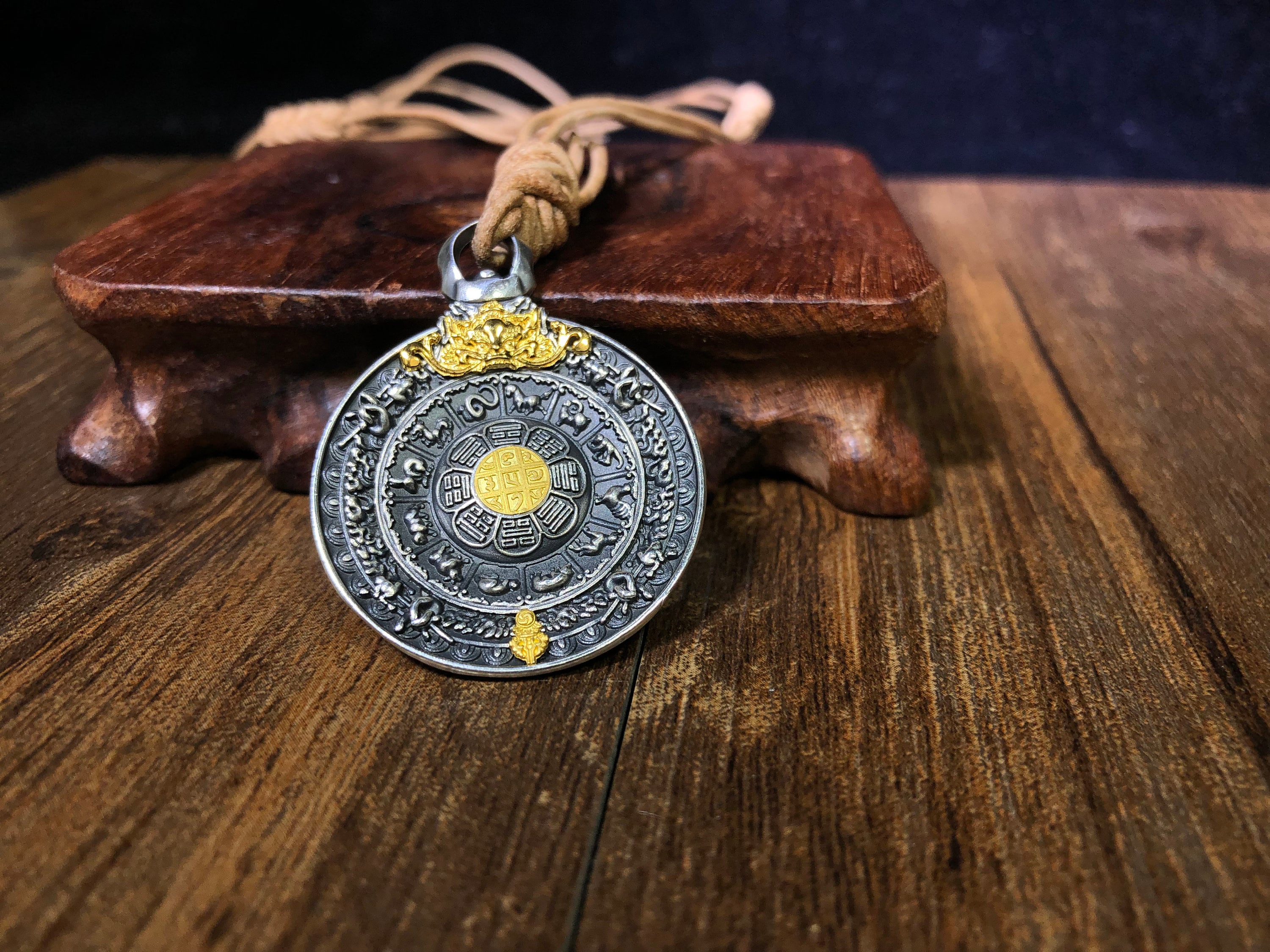 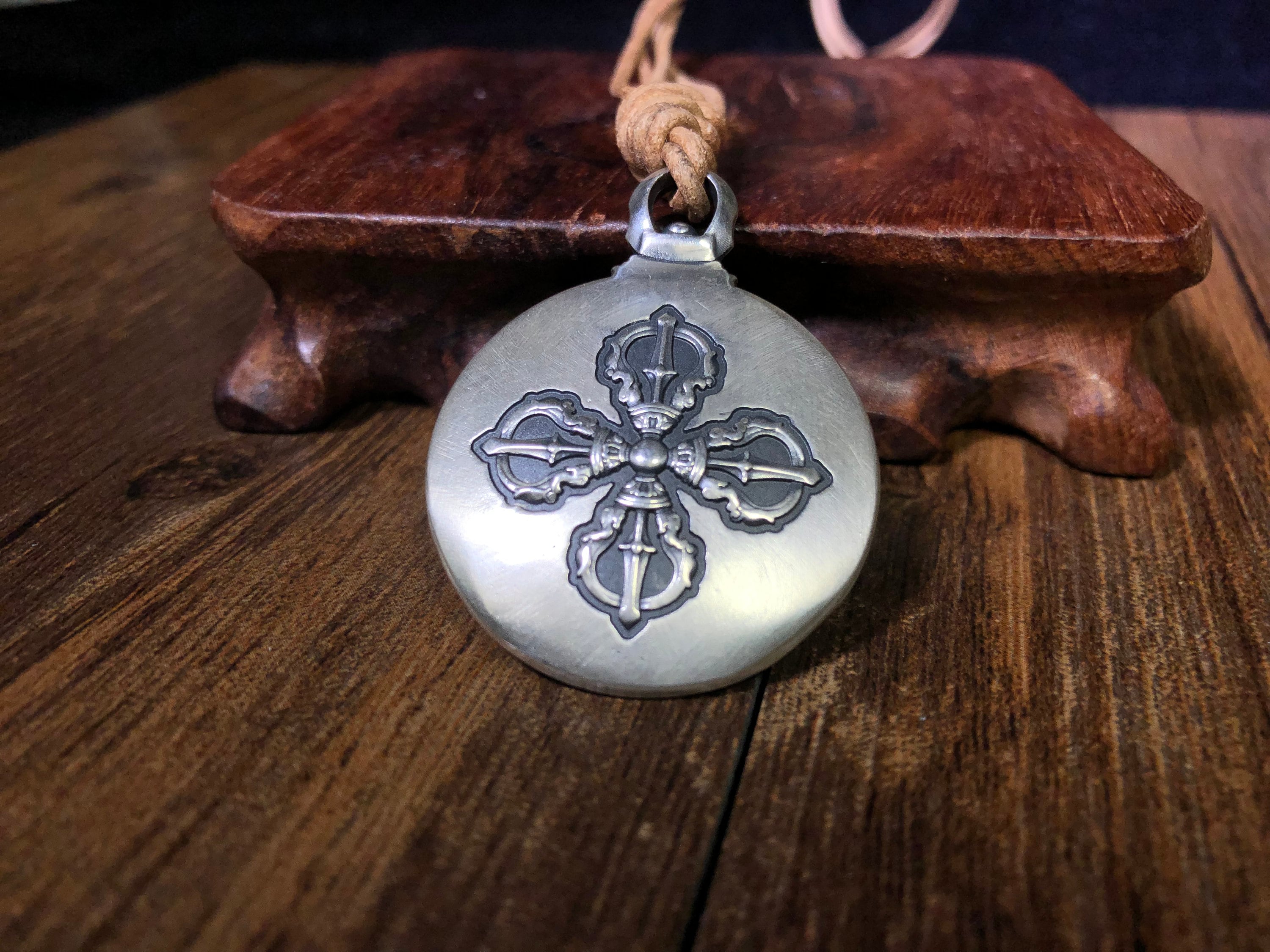 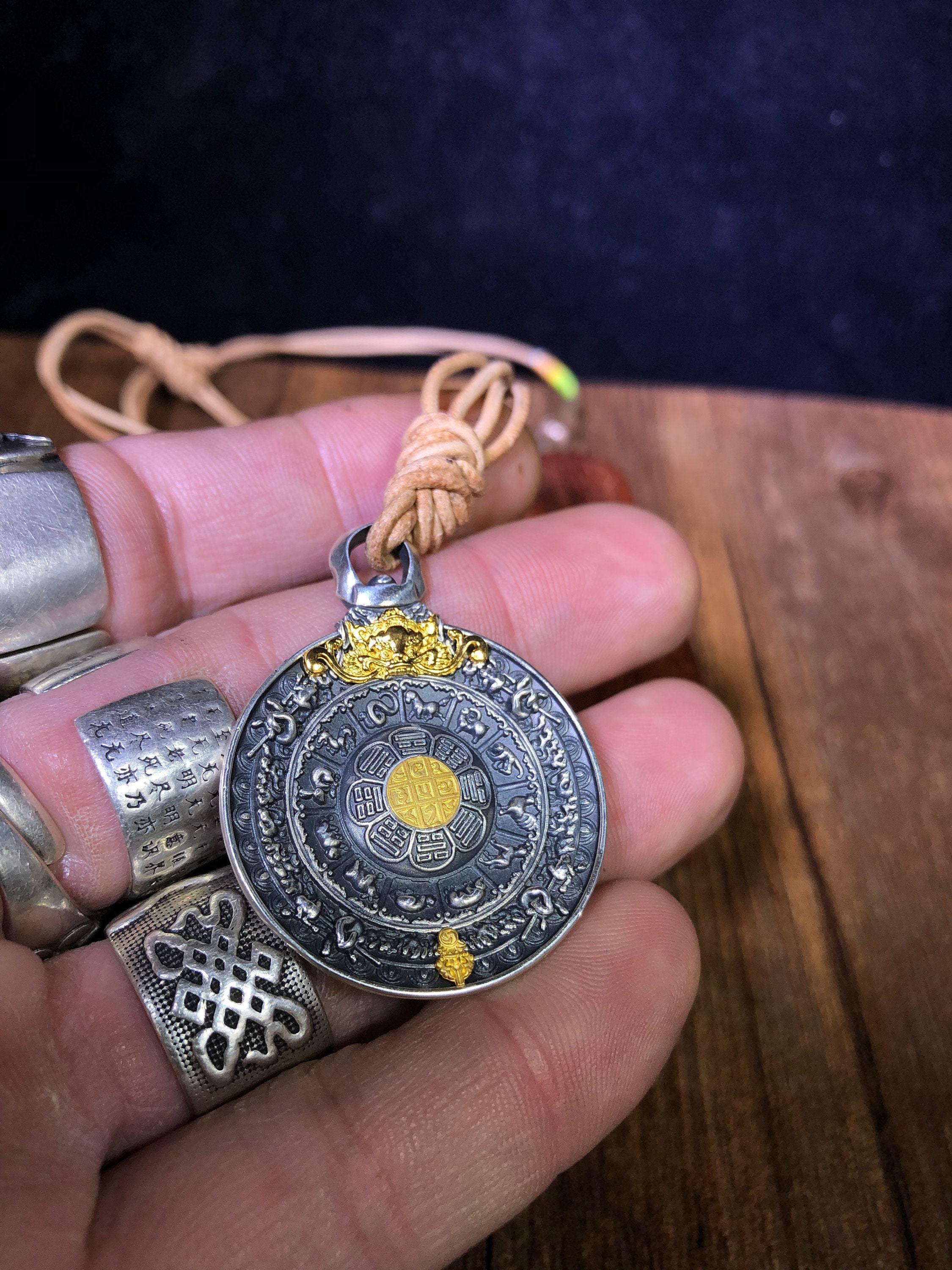 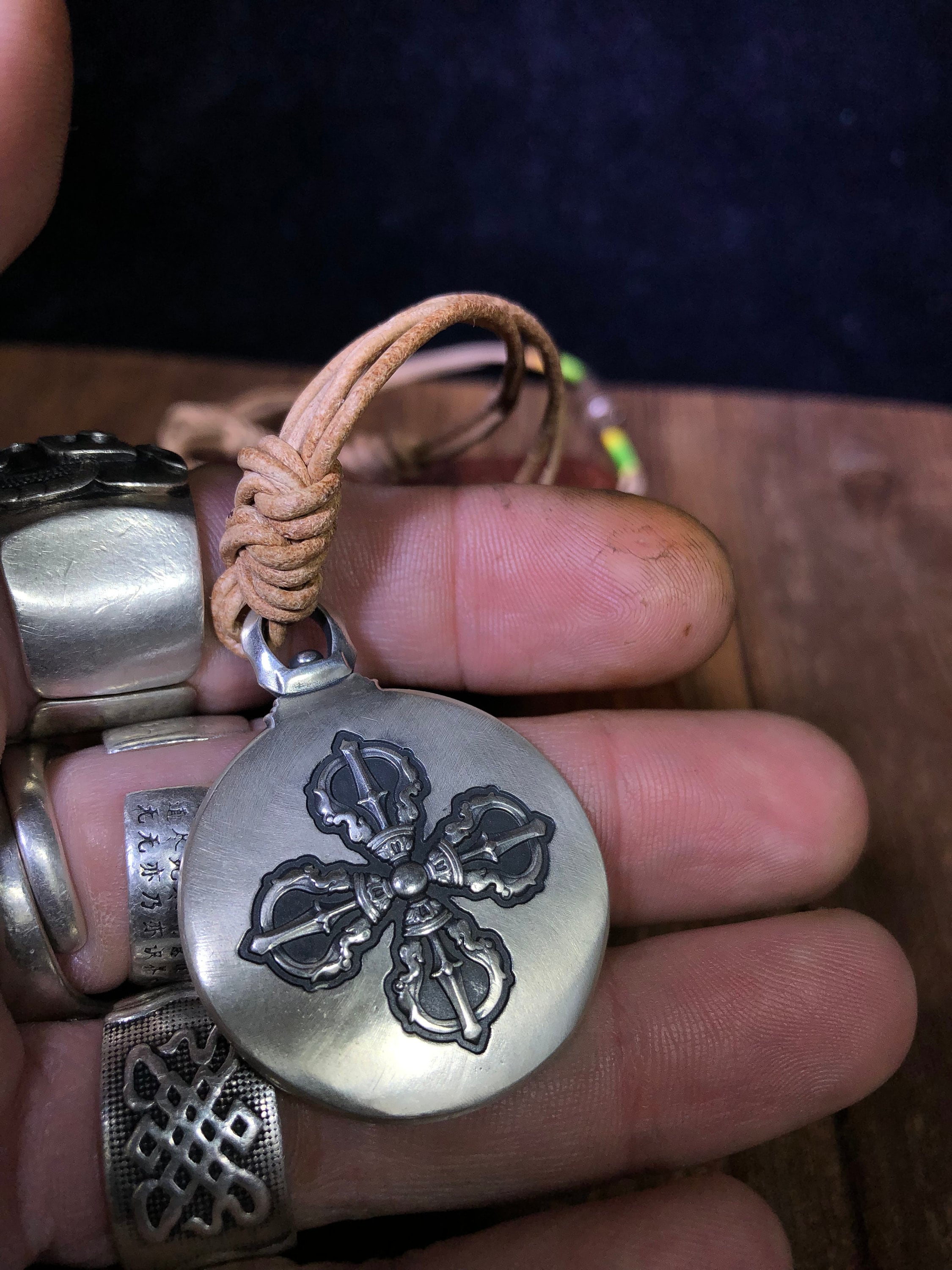 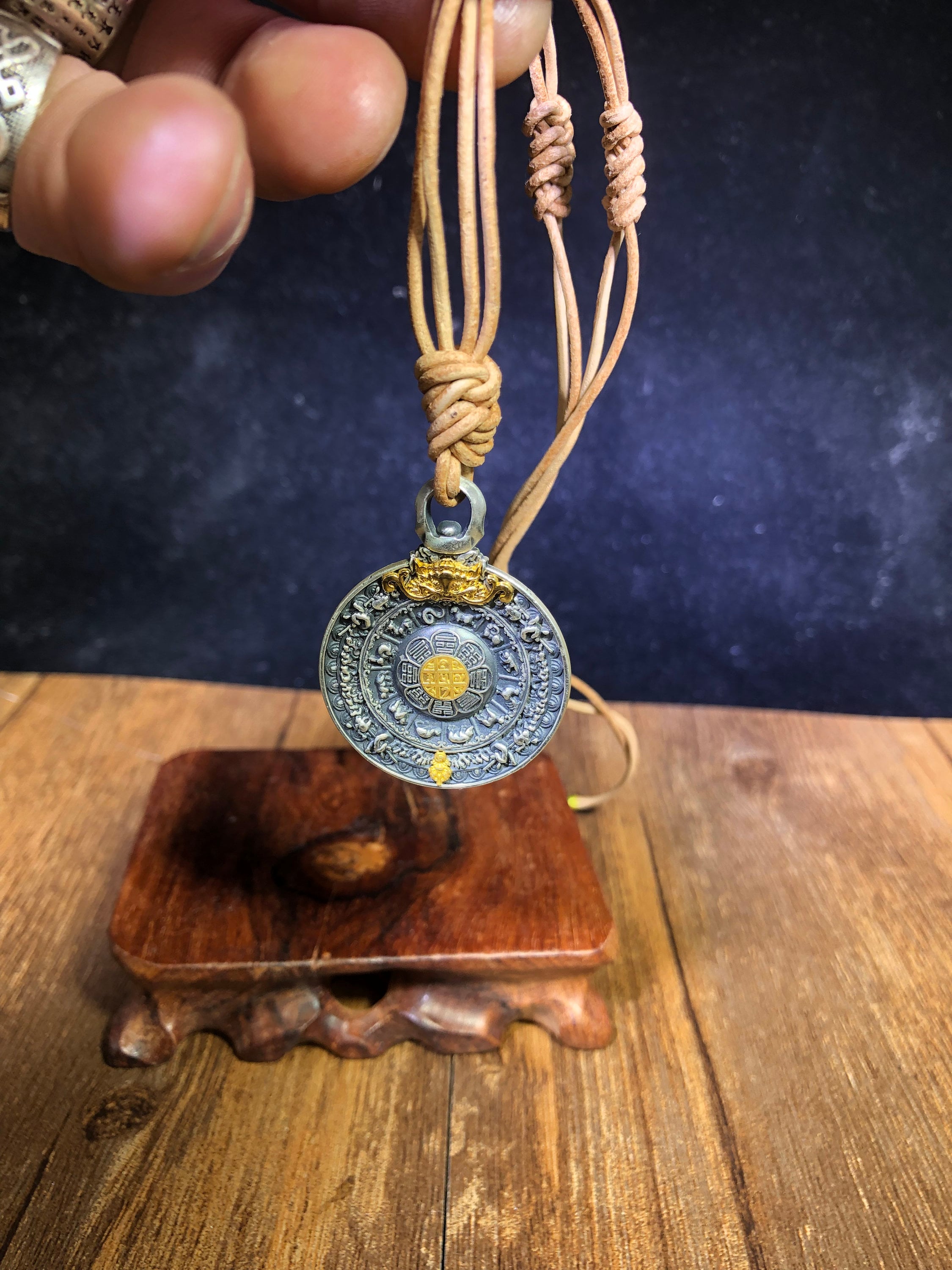 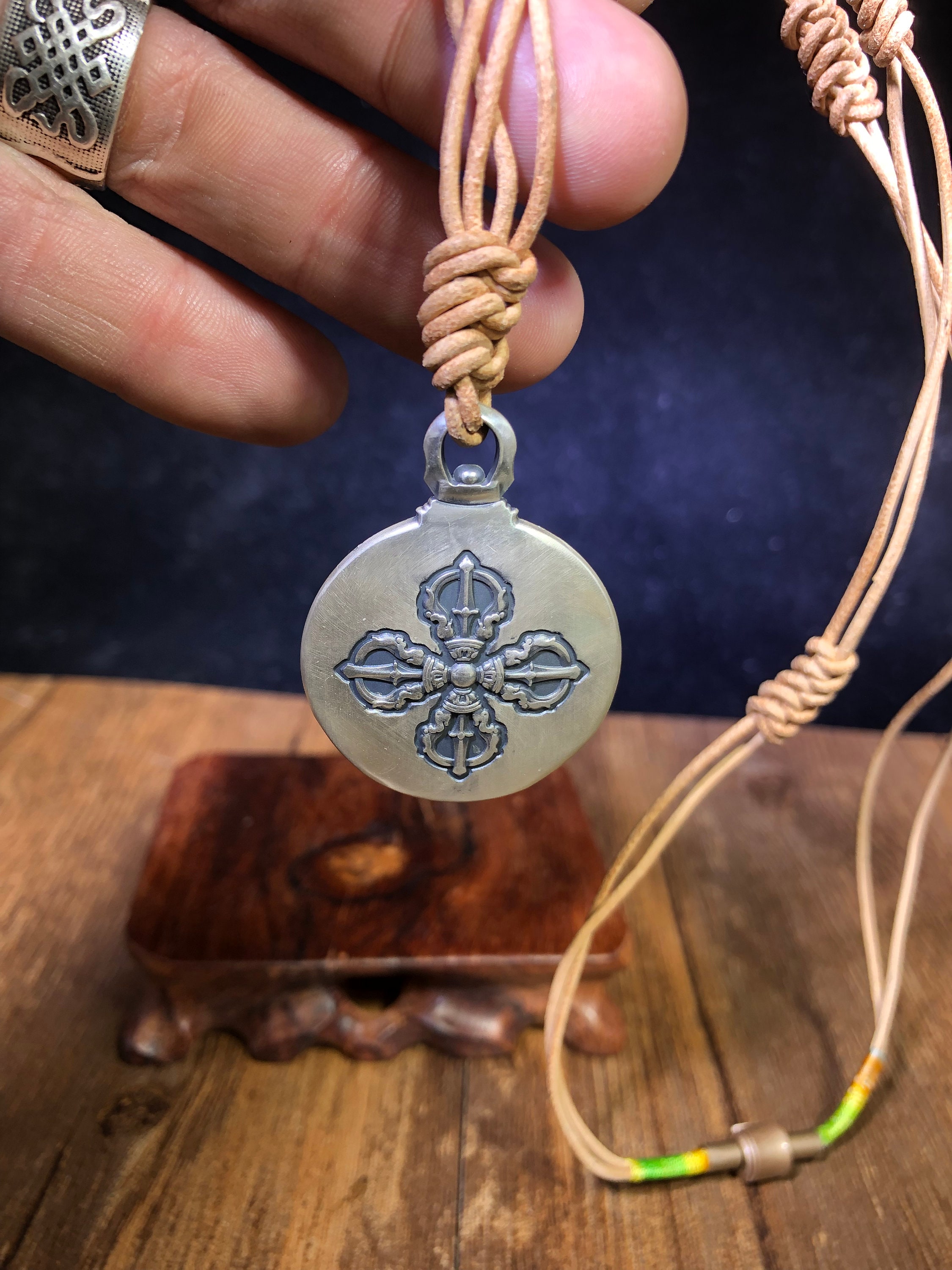 Buddhist pendant, Tibetan protection amulet. Silver 925 and copper. Wheel of life and double Dorje on the back of the pendant.

The Vajra, Tibetan dorje. This is probably the most important symbol in Tibetan Buddhism. The term means "diamond" and refers to the indestructible nature of the spirit self, awakening, which is both imperishable and indivisible. Small scepter, originally, the lightning God Indra diamond, this is a trademark of royalty and power.

When associated with the Bell, the vajra symbolizes skillful means and compassion, while the Bell represents knowledge and emptiness. Keeping them together is an insight into the unity of knowledge and means.

Here is the symbolism of the vajra in detail:

1-the five upper points represent the five wisdoms, five facets of the diamond that is the awakened mind:
the mirror-like wisdom, which means that the awakened mind, just like a perfectly polished shimmy, clearly reflects all things, possesses the ability to know everything, without any confusion.
the wisdom of equality, which recognizes that all the phenomena of samsara (me ordinary world) and of Nirvana (the pure fields or paradise of the Buddhas) are of an equal nature in the sense that they are of a unique essence: the vacuity
the wisdom of the distinction, which connotes that the awakened mind perceives not only the emptiness of all phenomena (what the wisdom of equality does) but also, in a simultaneity without confusion, all phenomena as they manifest themselves;
the fulfilling wisdom, which allows the Buddhas to create pure fields and emanations working for the good of beings;
the wisdom of the universal space (SCT. dharmadatou), which indicates that all the phènomenes, beyond any concept and duality, remain in the pure knowledge of the mind.

At the same time as the five wisdoms, these five upper points symbolize the five victors or five main male Buddhas on a mystical plane. The five lower points symbolize the five female Buddhas.
3-the mouths of makara (sea monster) whose peaks emerge denote the liberation of the cycle of existences.
4-the eight upper petals represent the eight male bodhisattvas, in other words eight great bodhisattvas residing in heavenly realms.
5-the eight inferior petals are the eight female bodhisattvas.
6-the round part in the Middle designates emptiness.