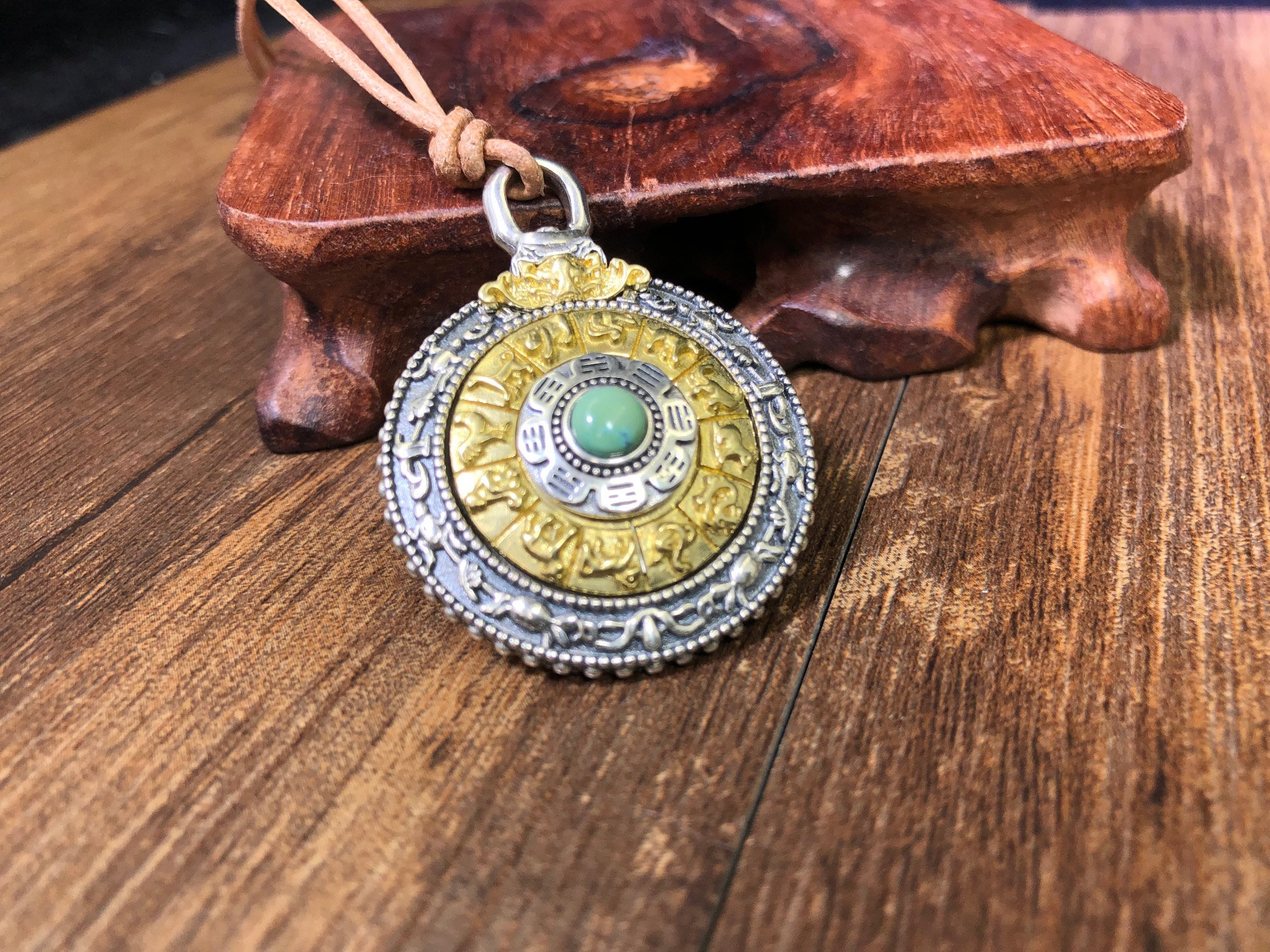 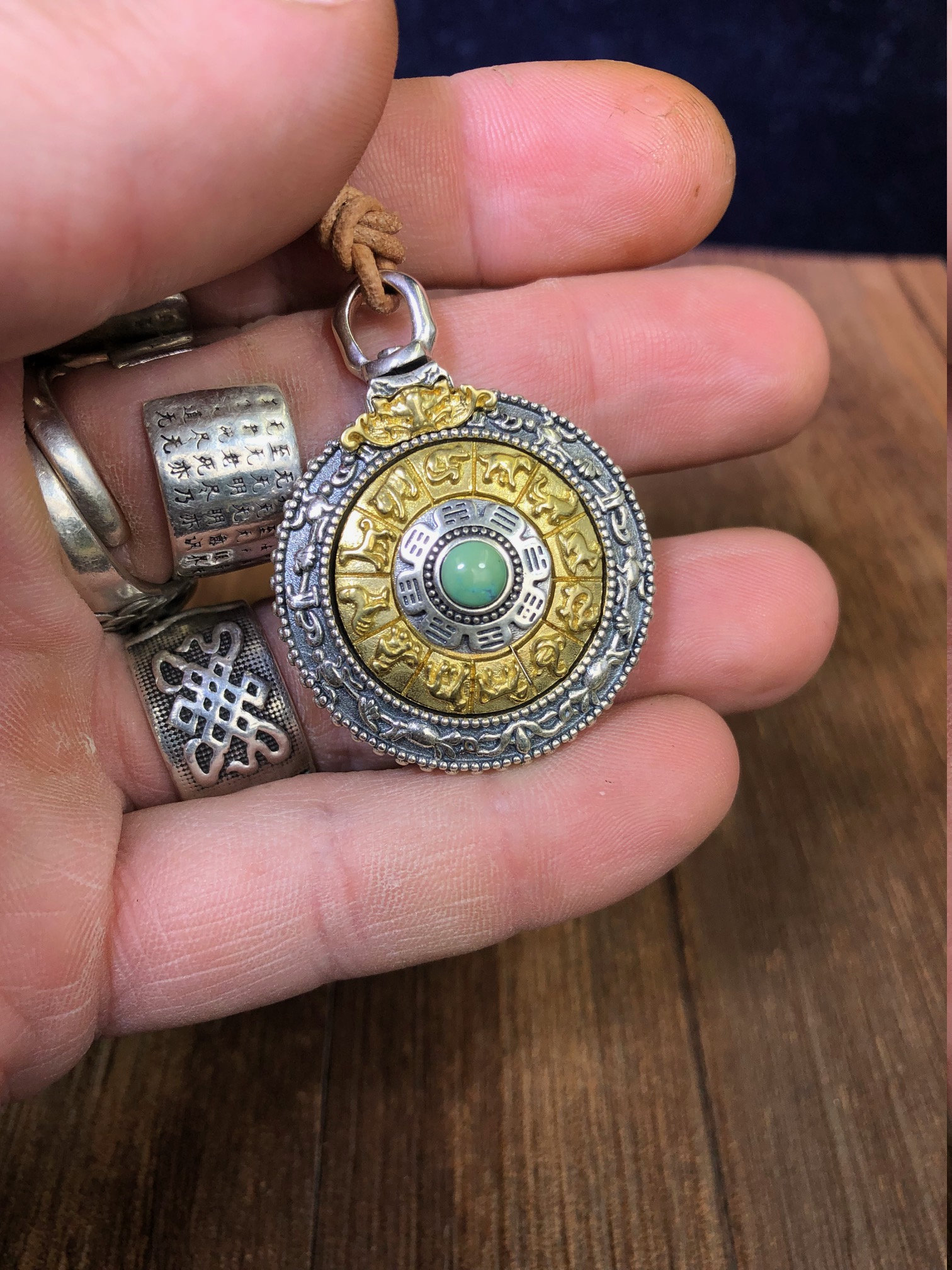 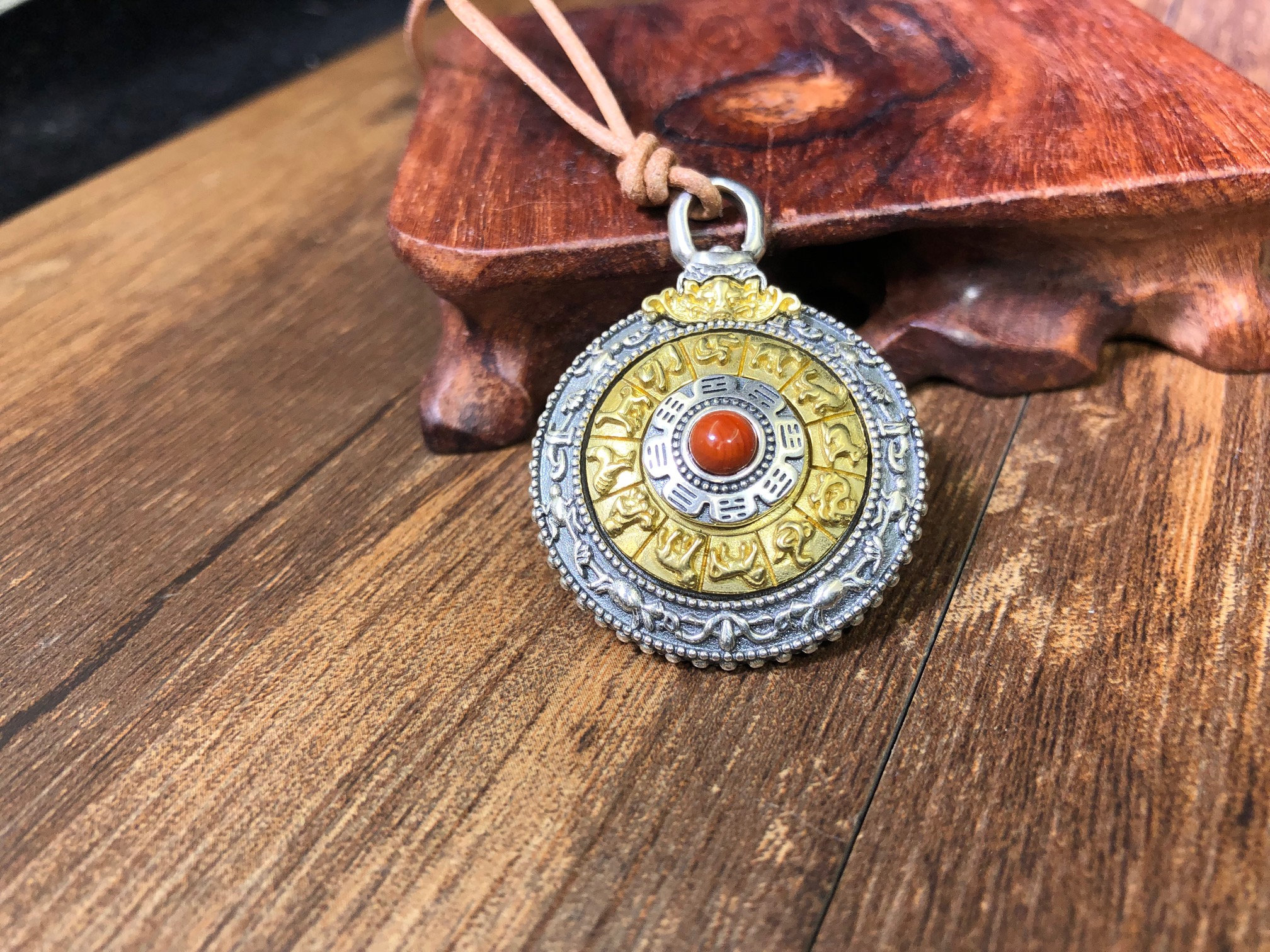 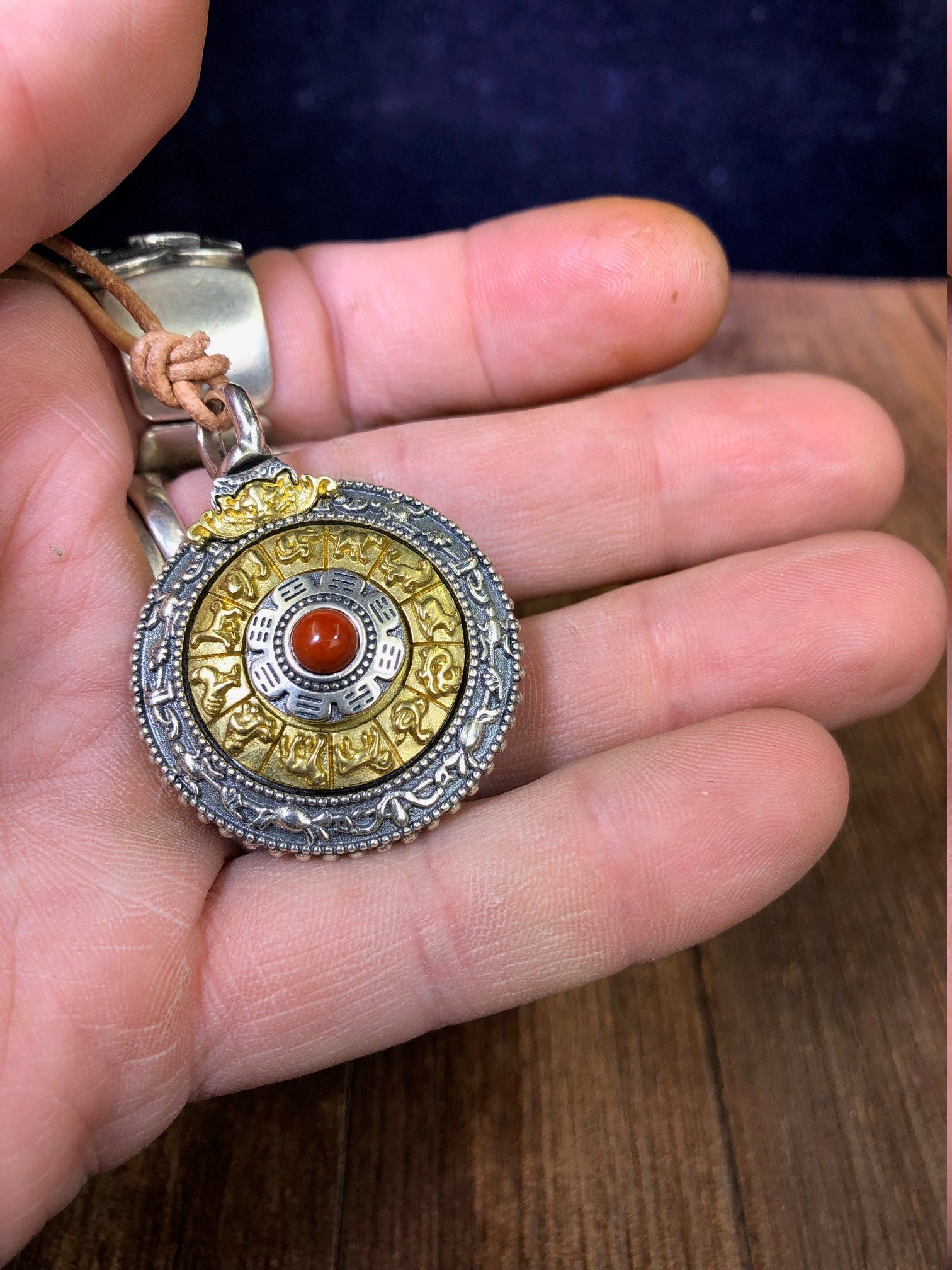 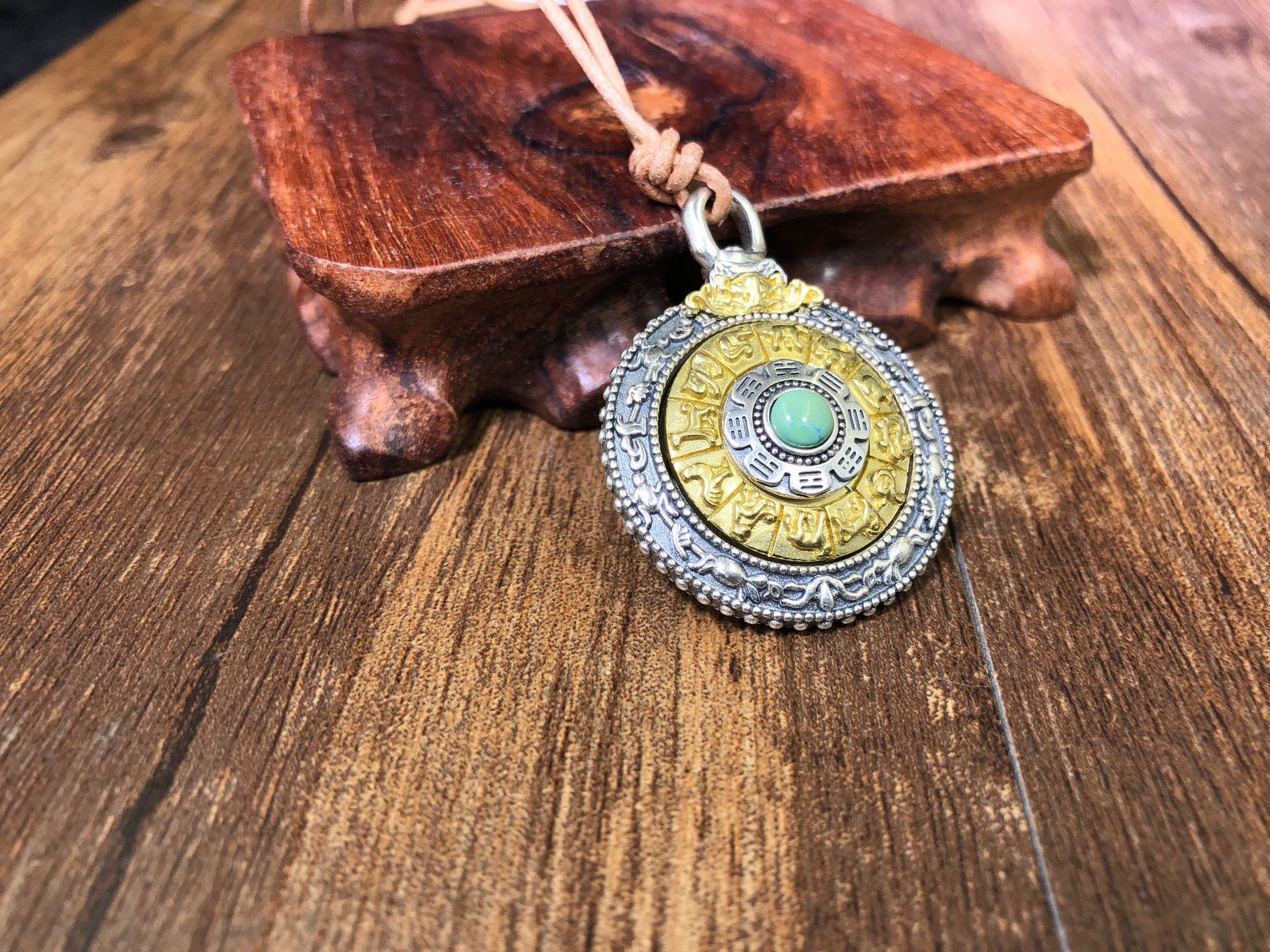 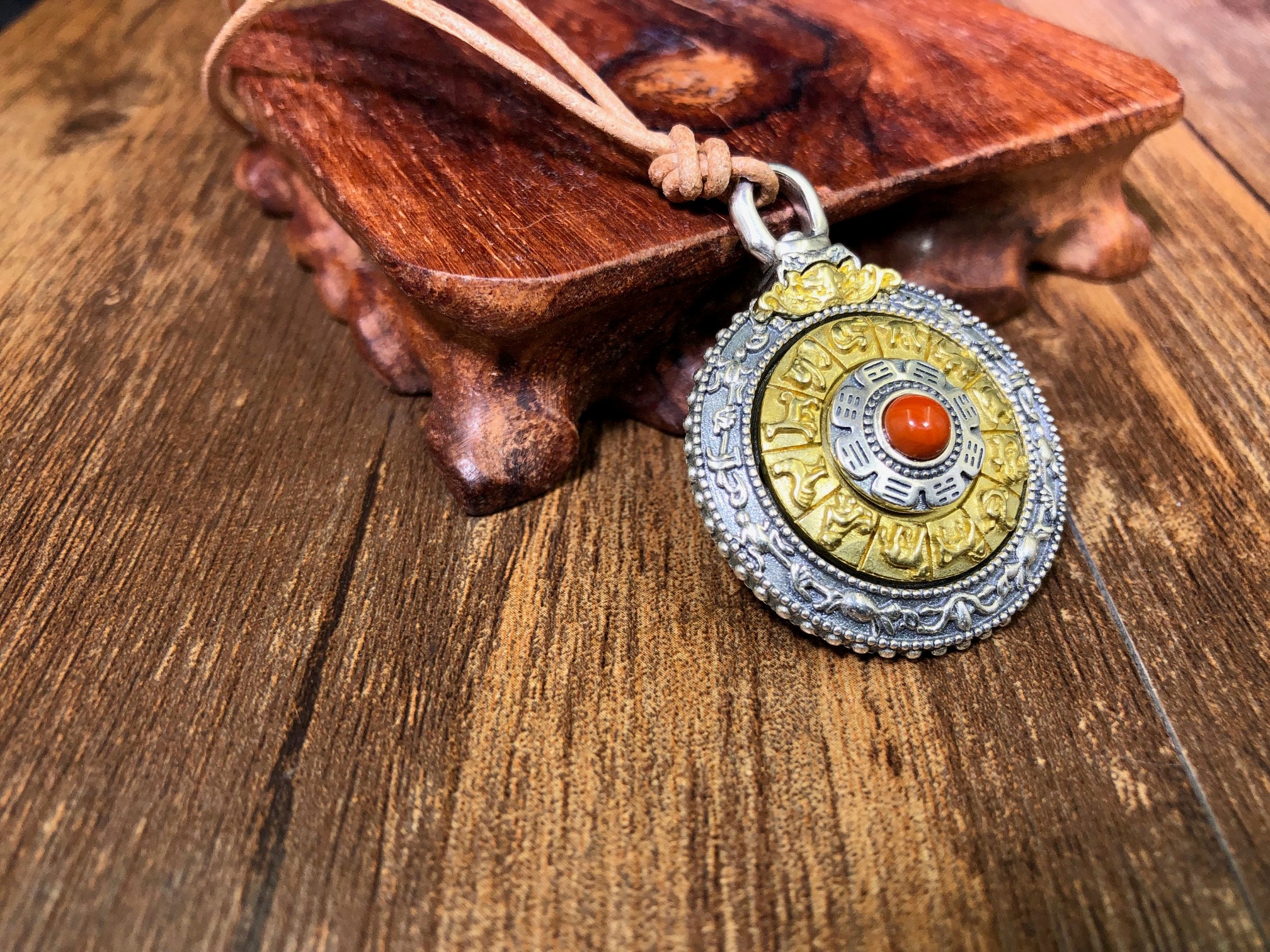 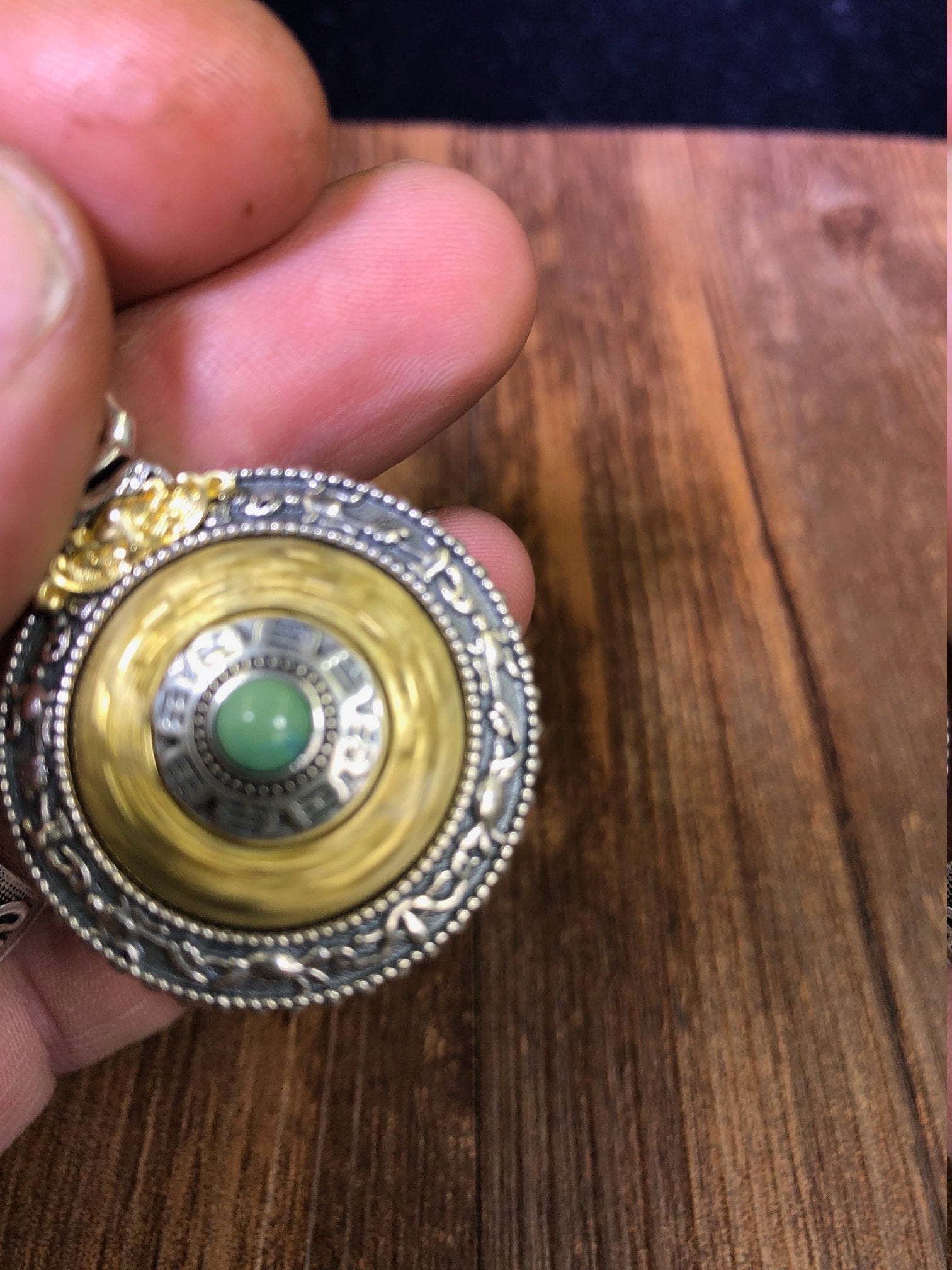 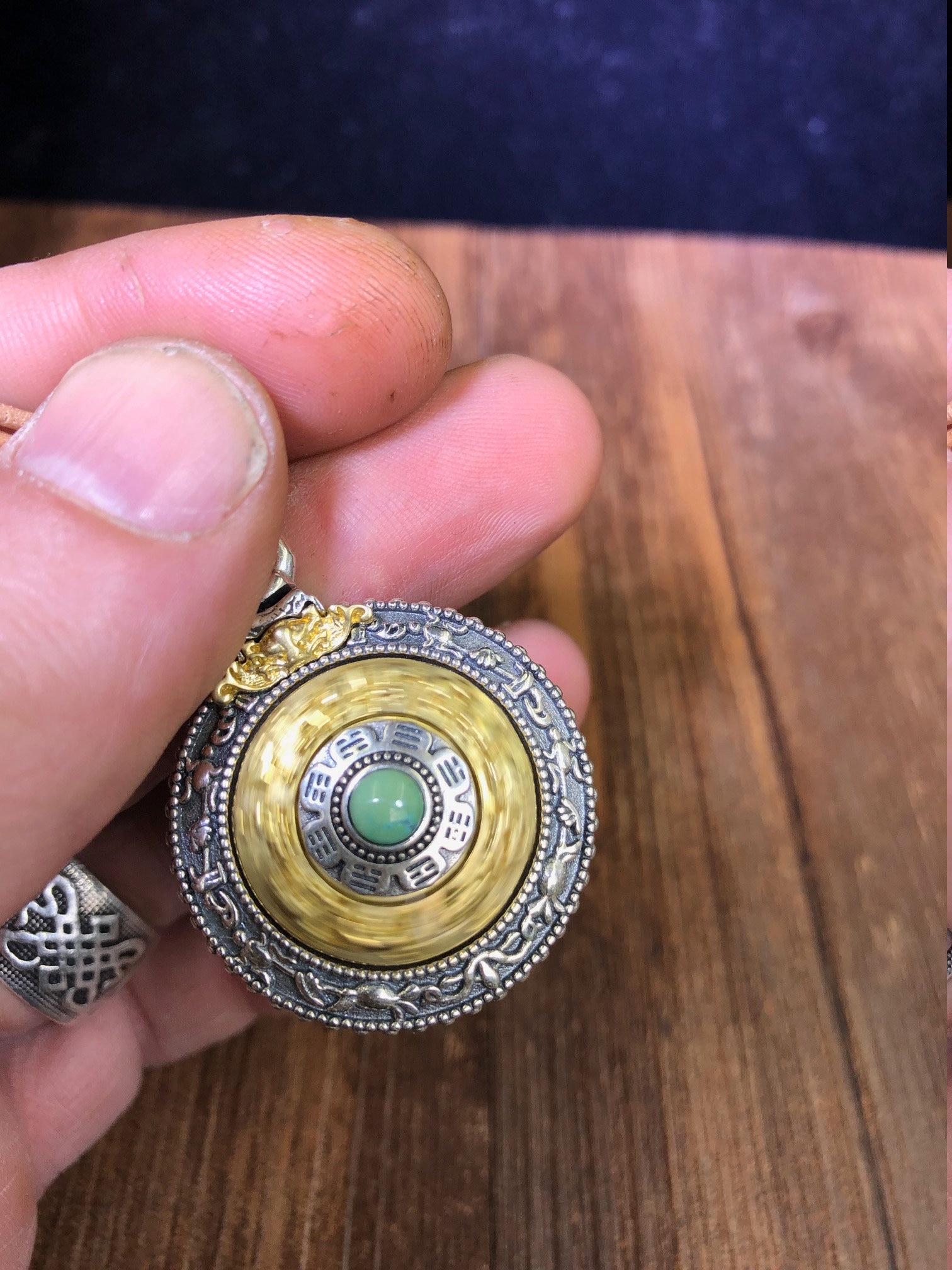 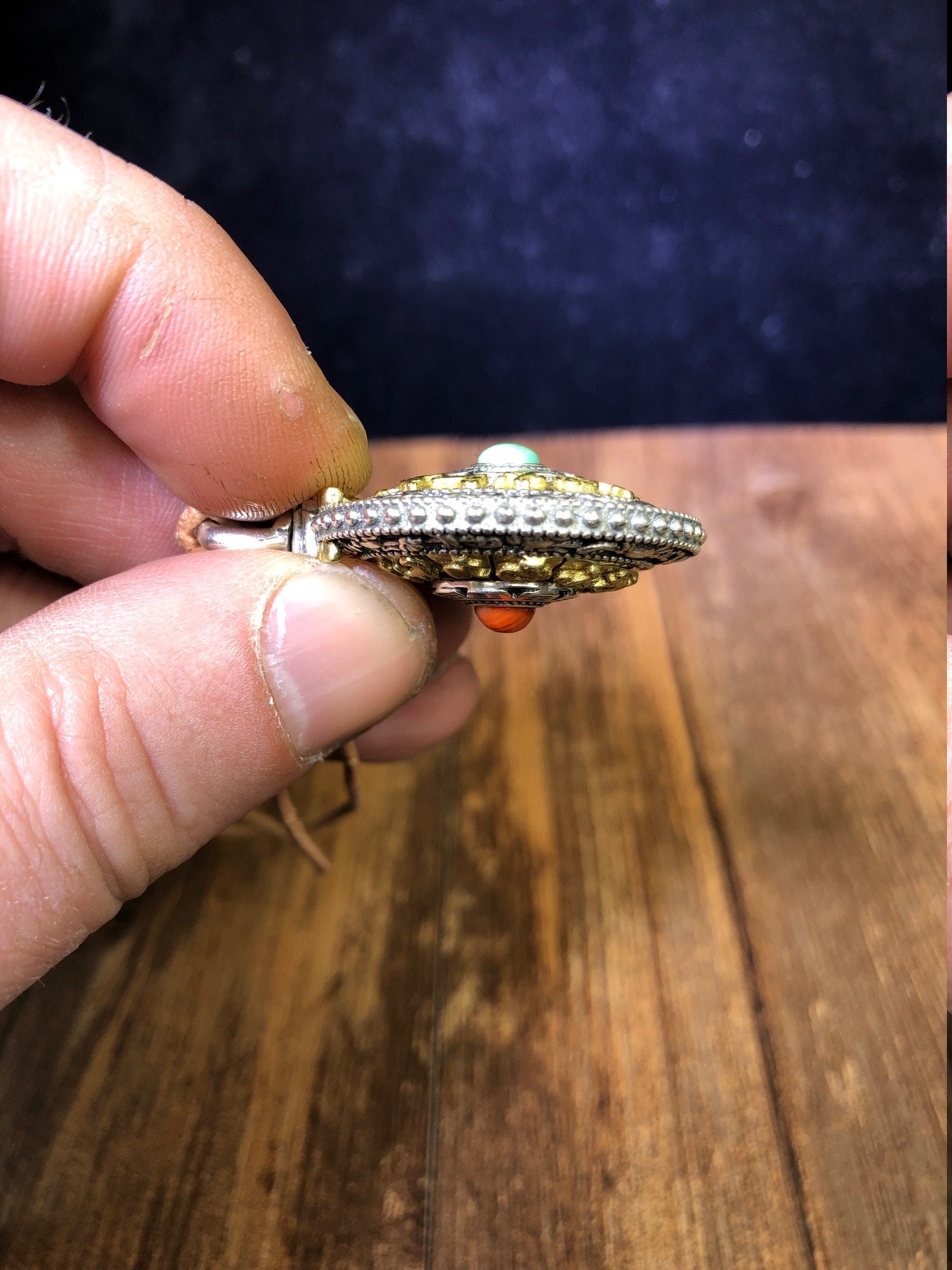 A rotating pendant, the signs of the zodiac move like in the wheel of life.

The symbol of the wheel.
In terms of symbols, the Buddha, sitting under the bodhi tree, experiences two things. First of all, he saw a ferris wheel. This wheel embraces the totality of conditioned existence, it is of the same extent as the cosmos, it contains all living beings. It rotates constantly: it rotates day and night, it turns life after life, it turns era after era. We cannot see when it began to turn, and we cannot for now see when it will stop turning: only one Buddha sees this.

This Ferris wheel revolves around a hub. This hub is made of three creatures: a red rooster, avidly pecking at the ground; a green snake, red eyes shining with anger; and a black pig, wallowing in the mud, full of ignorance. These three creatures form a circle themselves, and each of them bites the tail of the one before it.

The bagua or ba gua 八卦 (sometimes also pa kua or pakua) is a graph in which the 8 trigrams are organized in an octagonal figure. With tai ji, the symbol of yin and yang embraced, it is probably one of the most well-known feng shui terms in the West and certainly the one whose most amazing ideas are made! It represents a static energy state (this is the anterior sky) or dynamic (posterior sky).