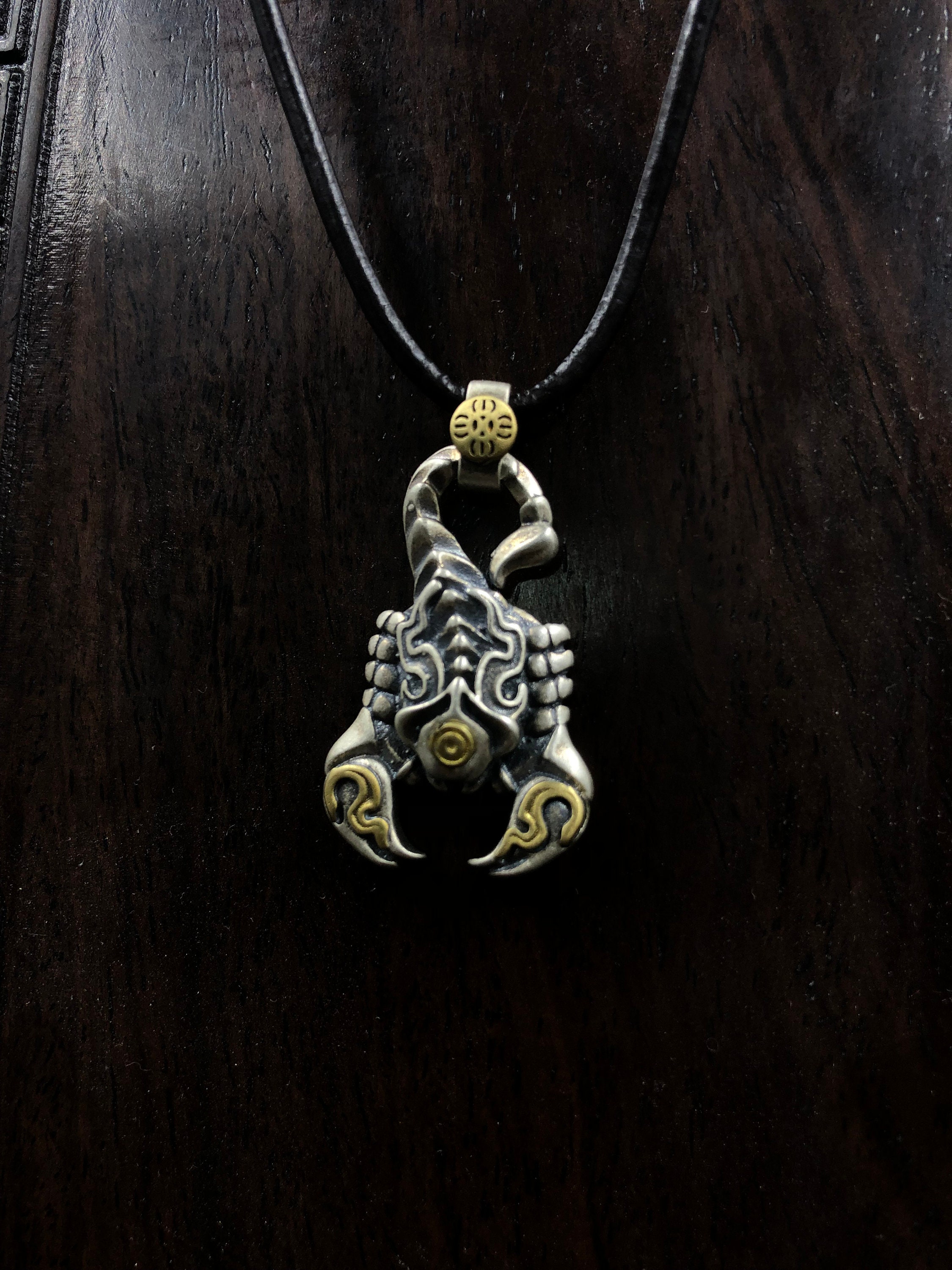 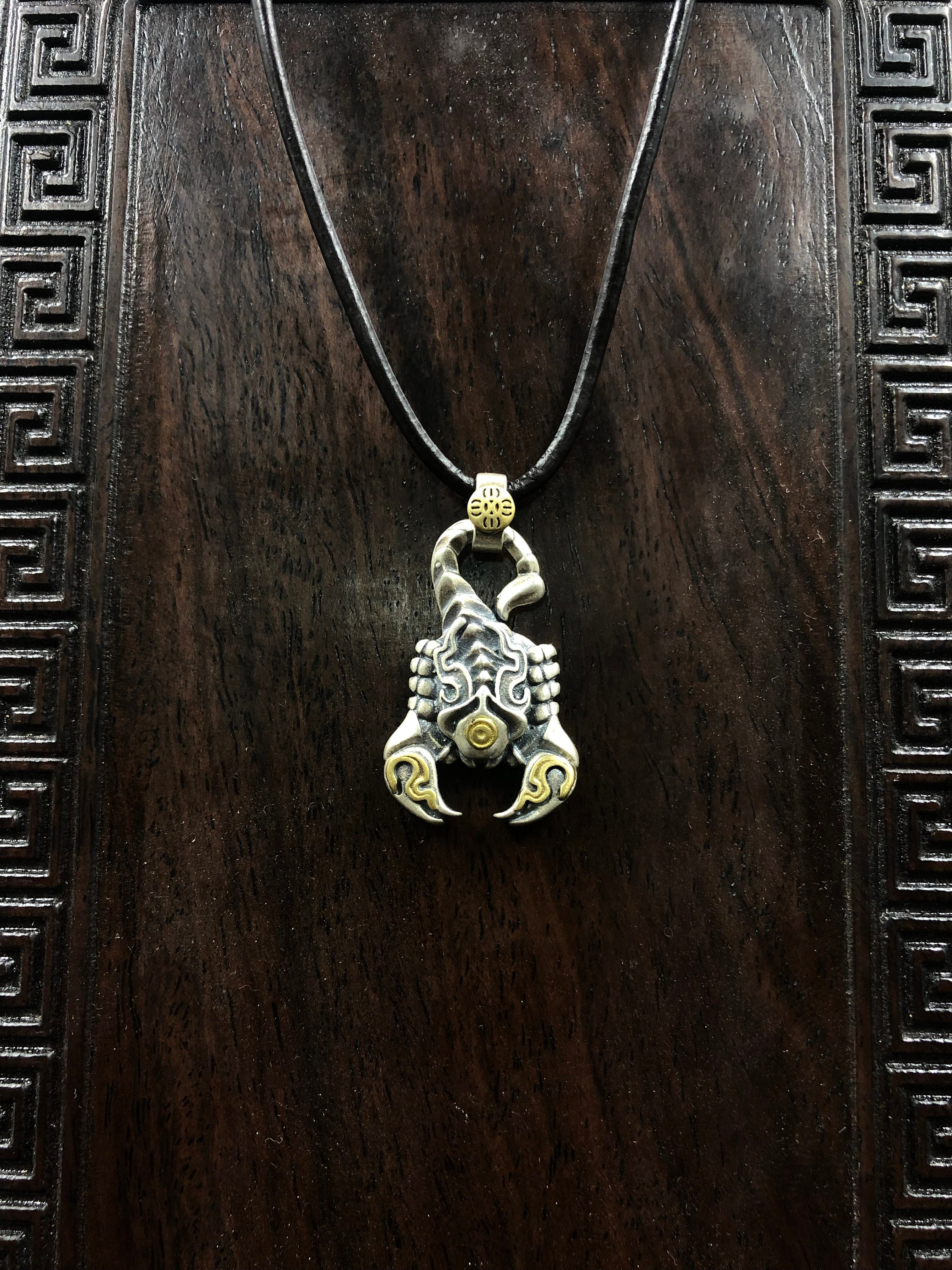 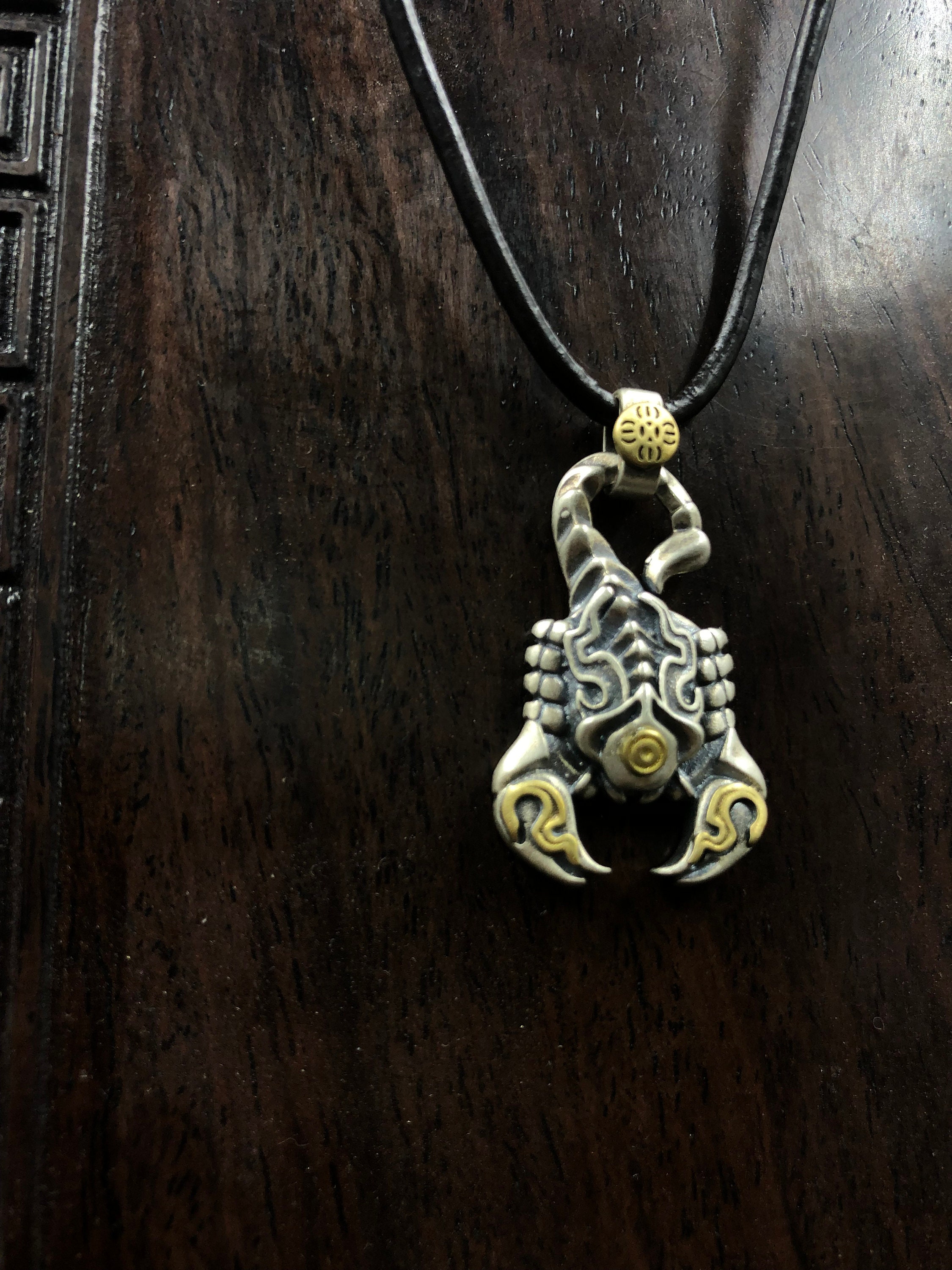 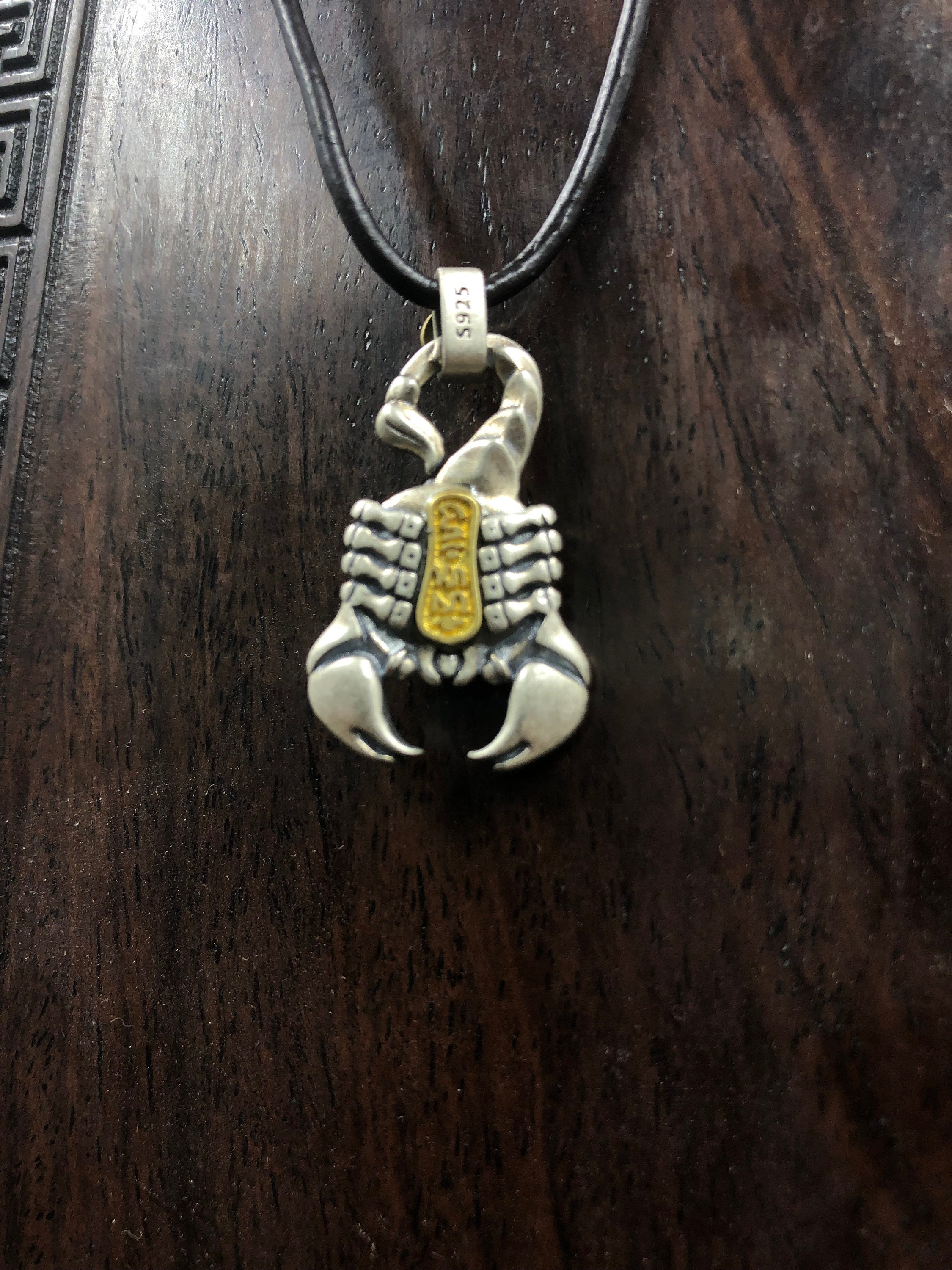 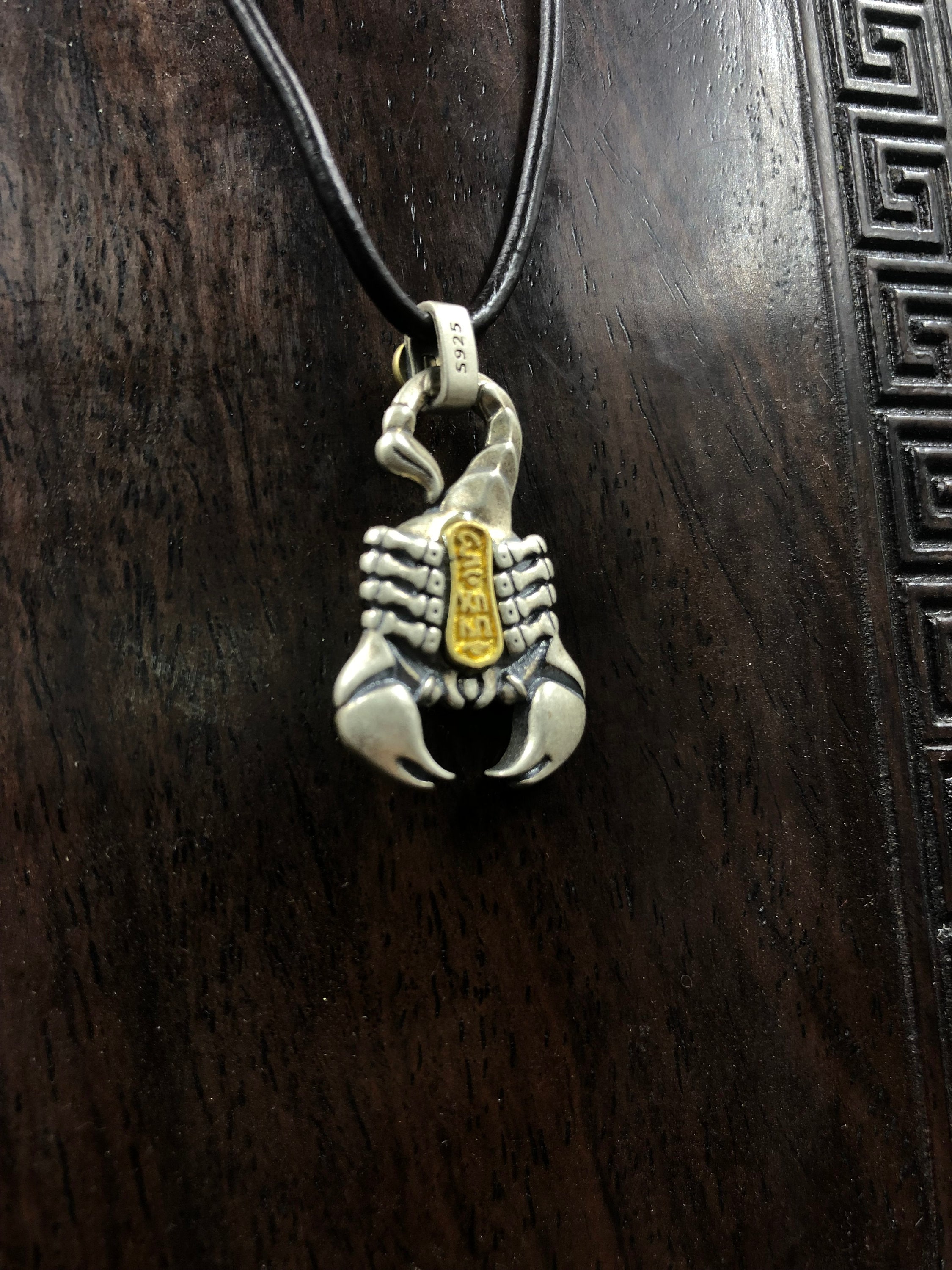 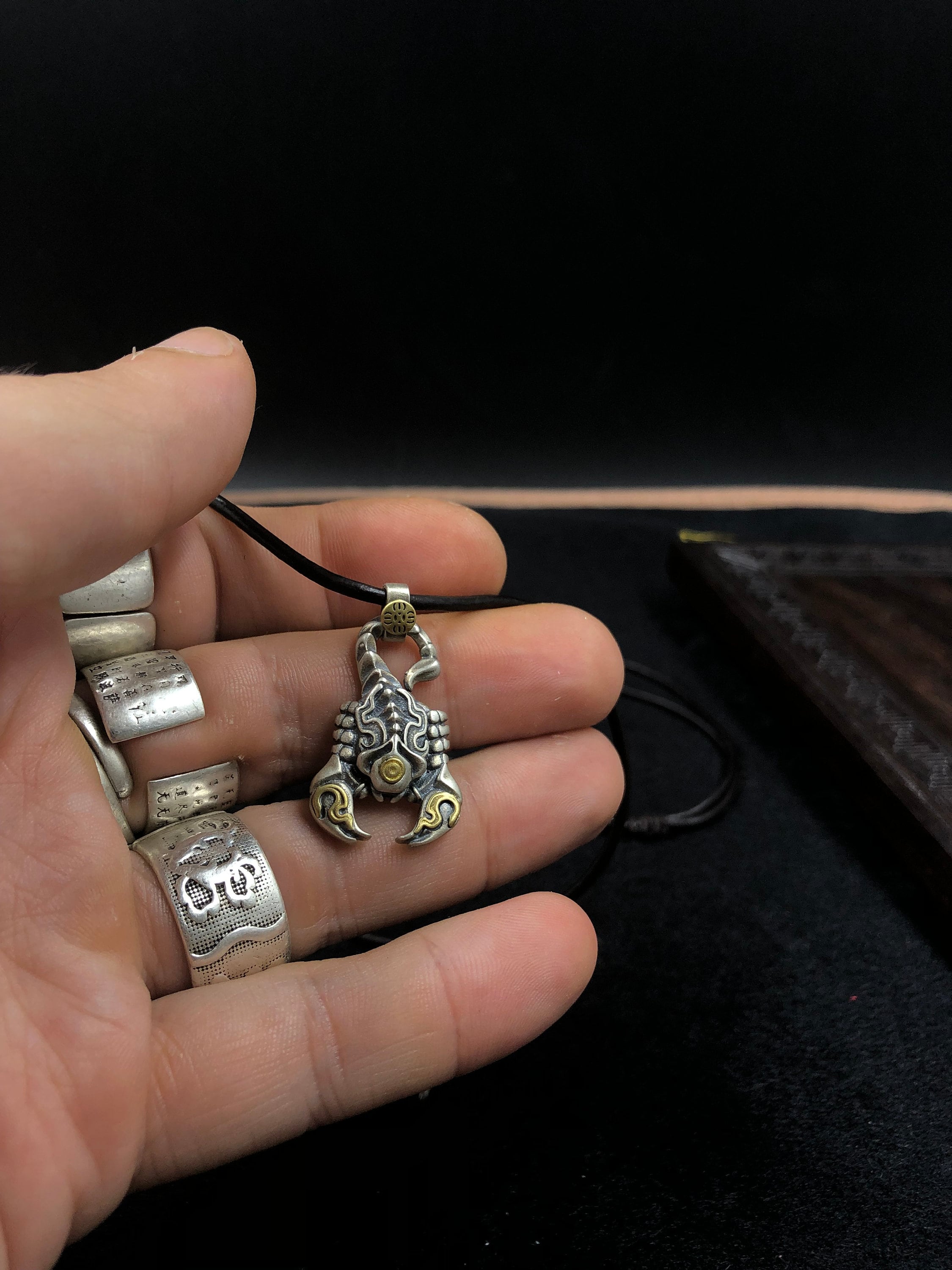 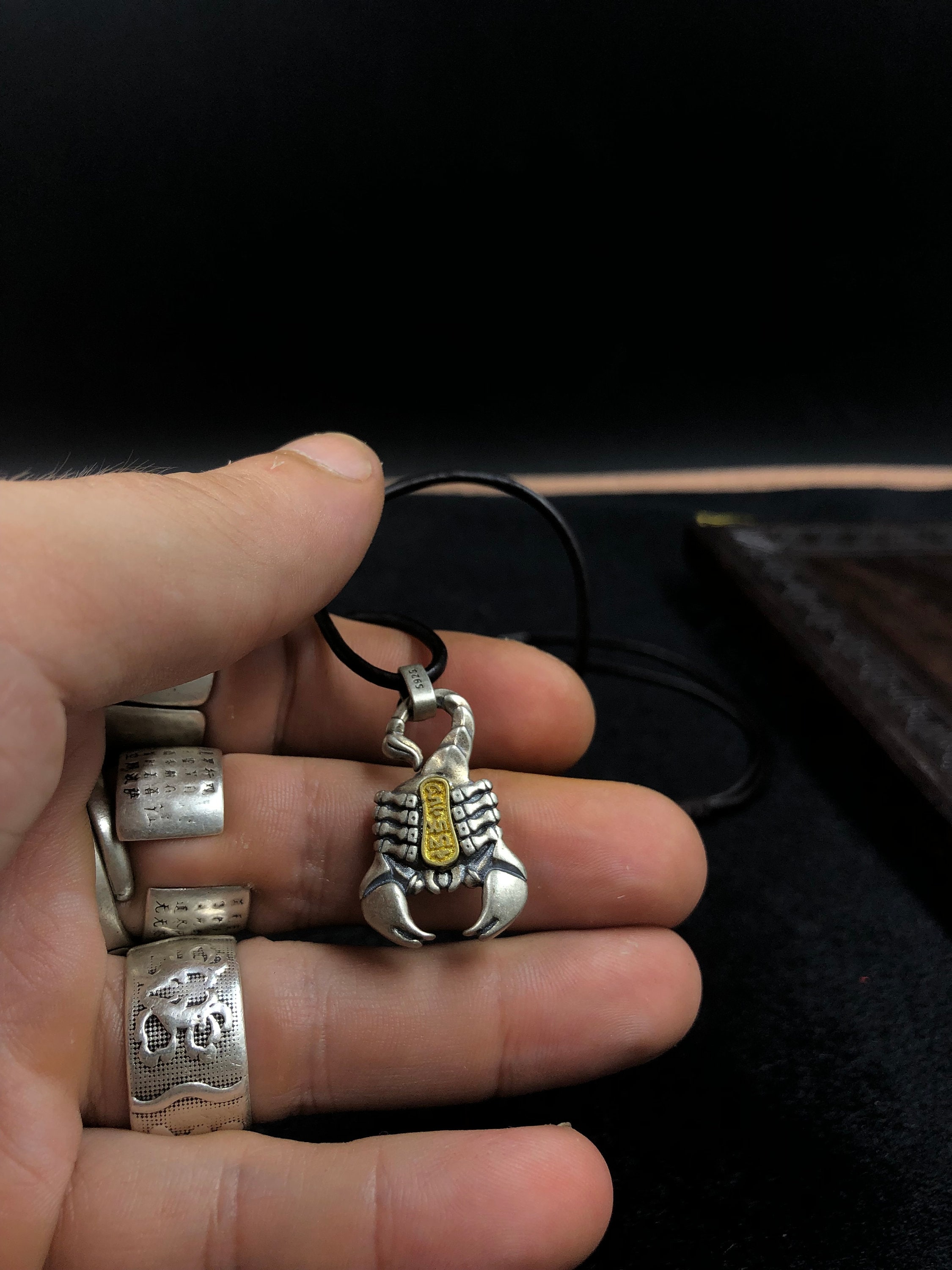 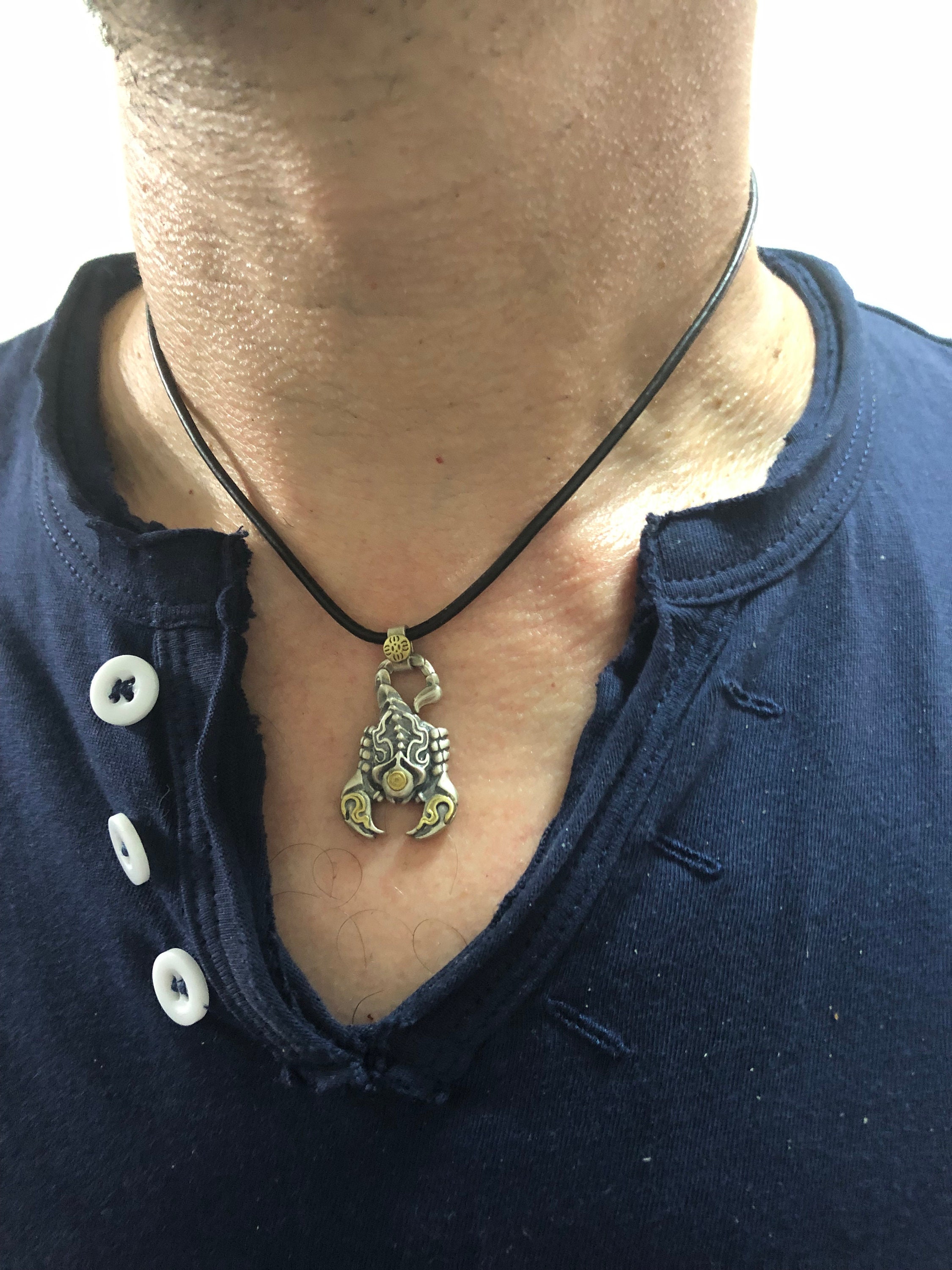 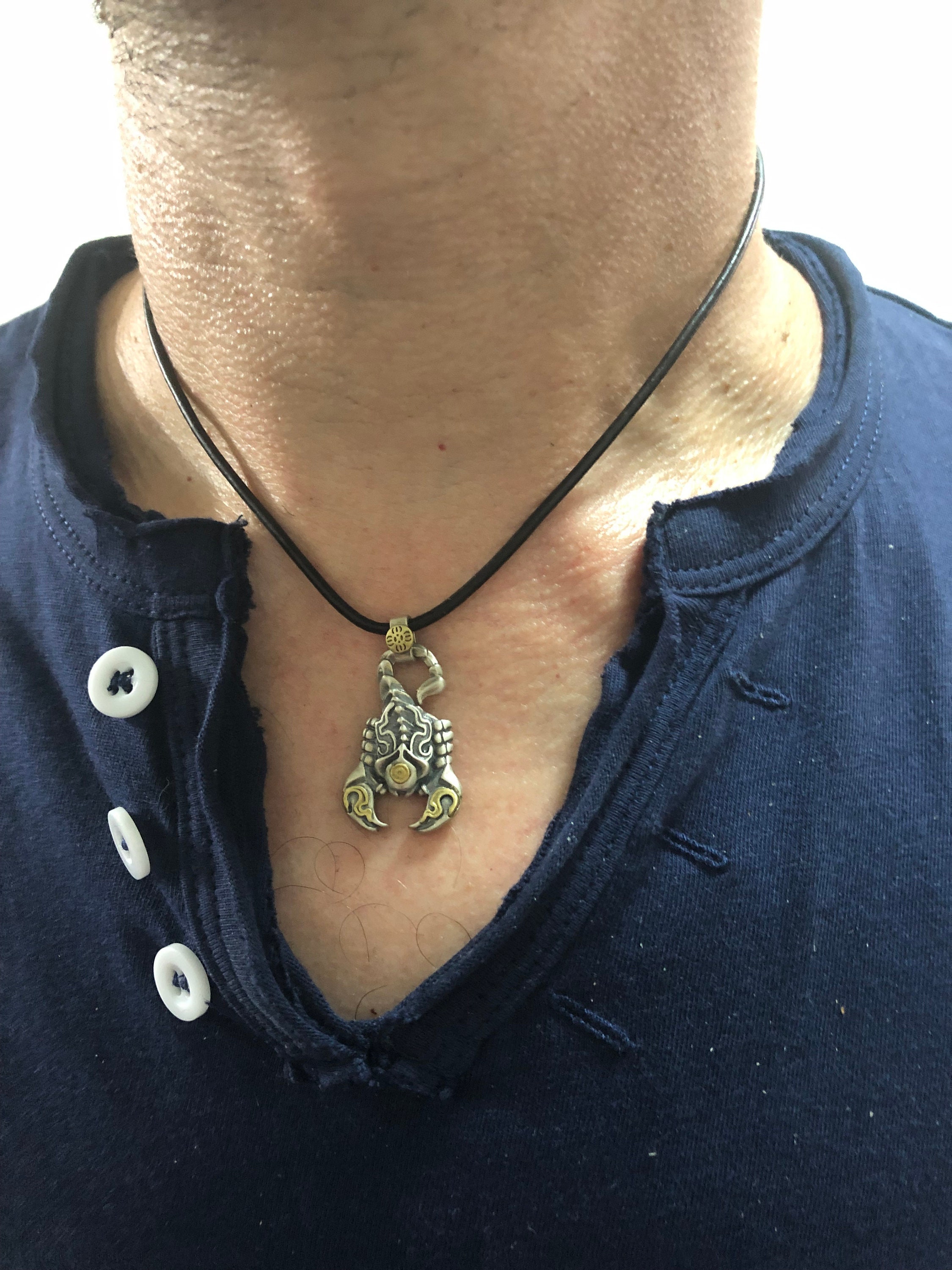 Video of the amulet available by clicking on this link

The padmasambhava scorpion (Guru Rinpoche) in its eighth manifestation (Guru Senge Dradog) is said to remove obstacles and remove negative energy. It comes from Mind Terma by Dudjom Rinpoche and is used for protection against harmful forces.