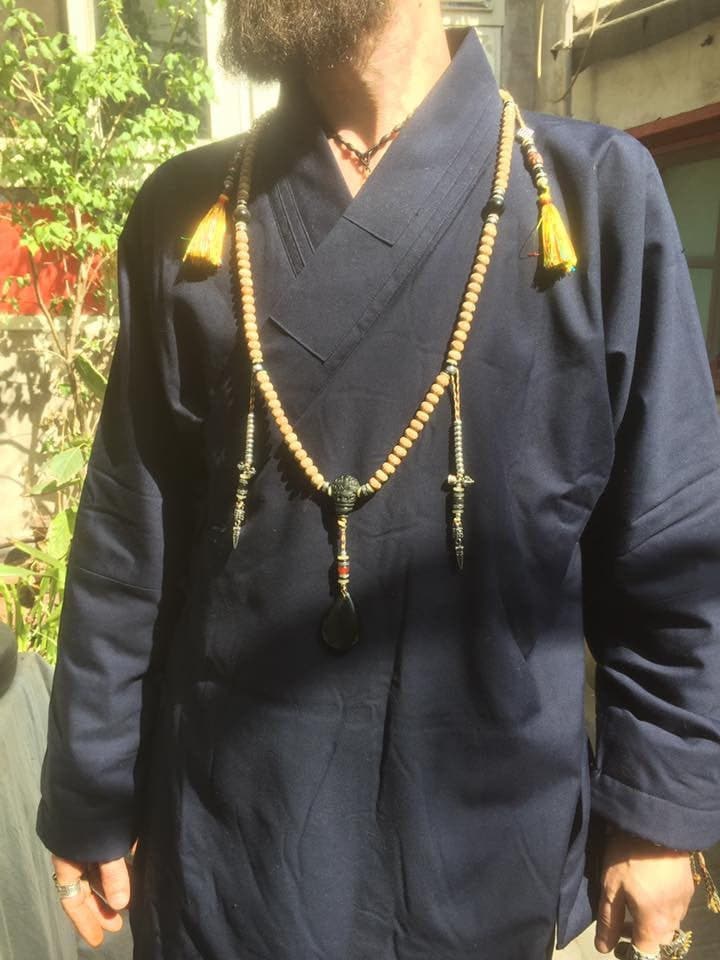 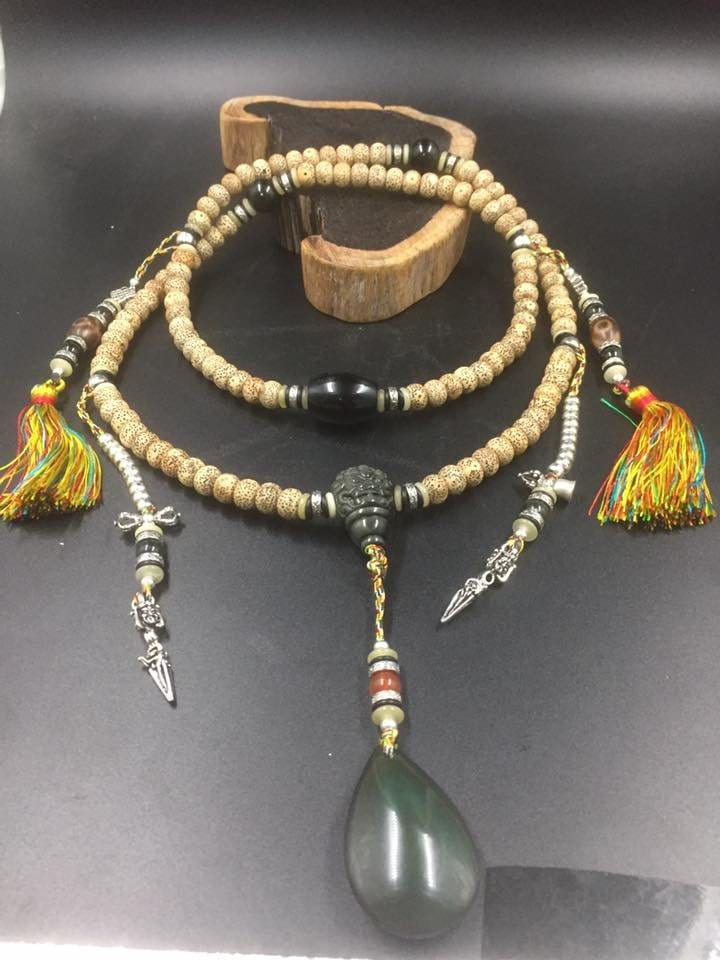 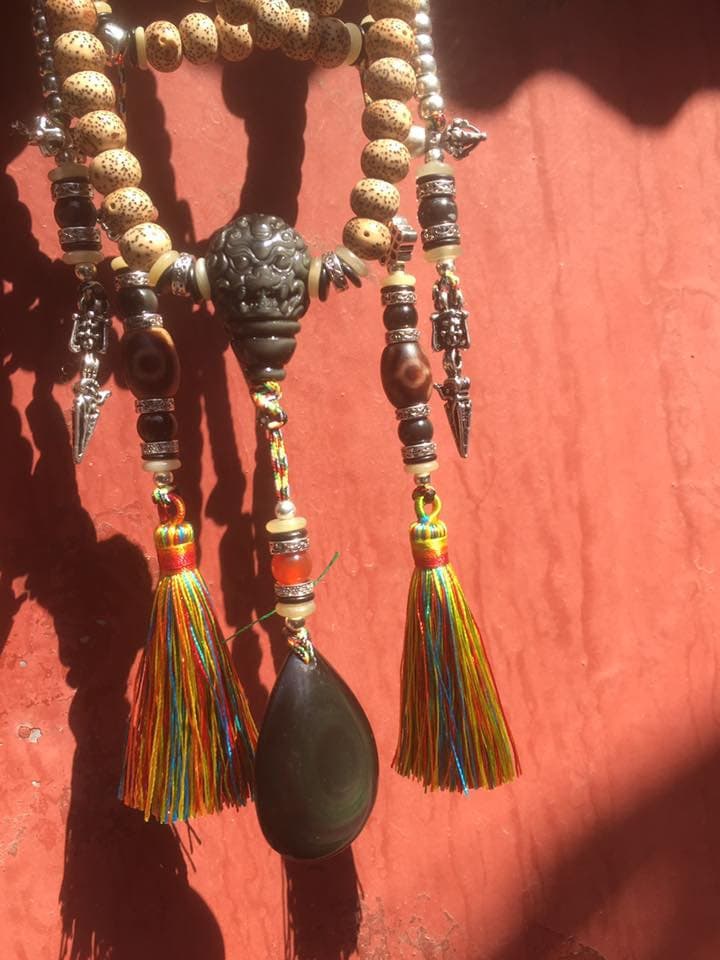 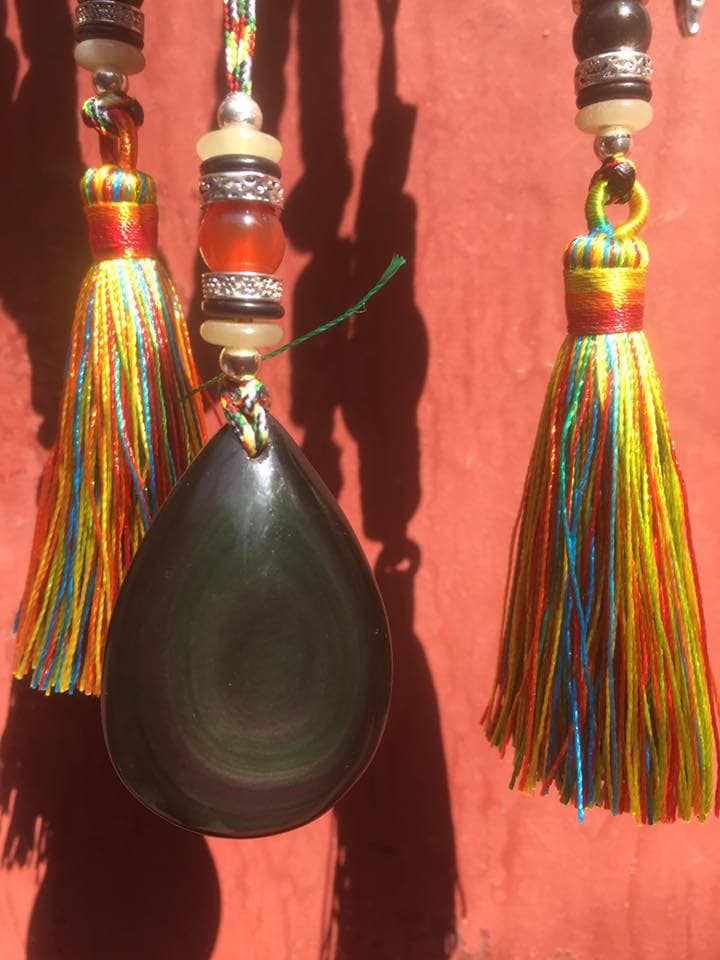 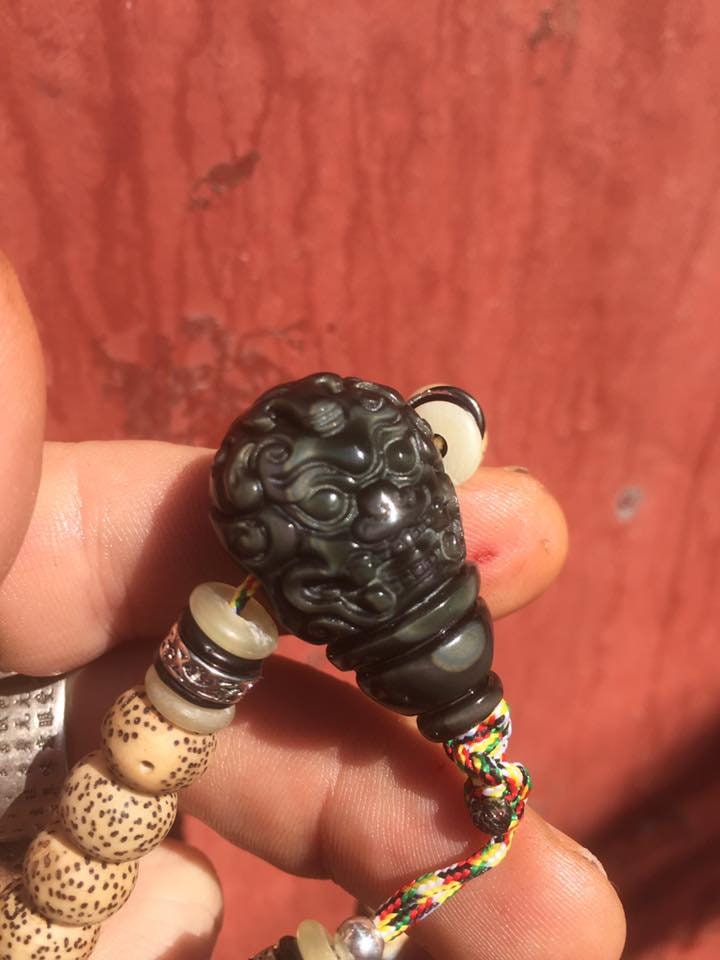 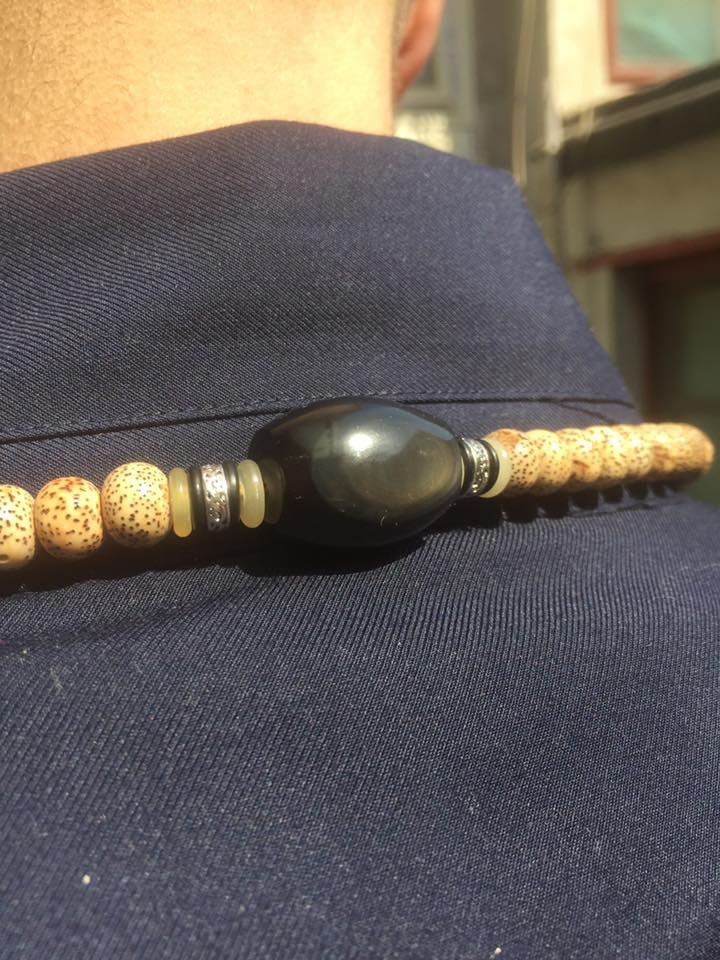 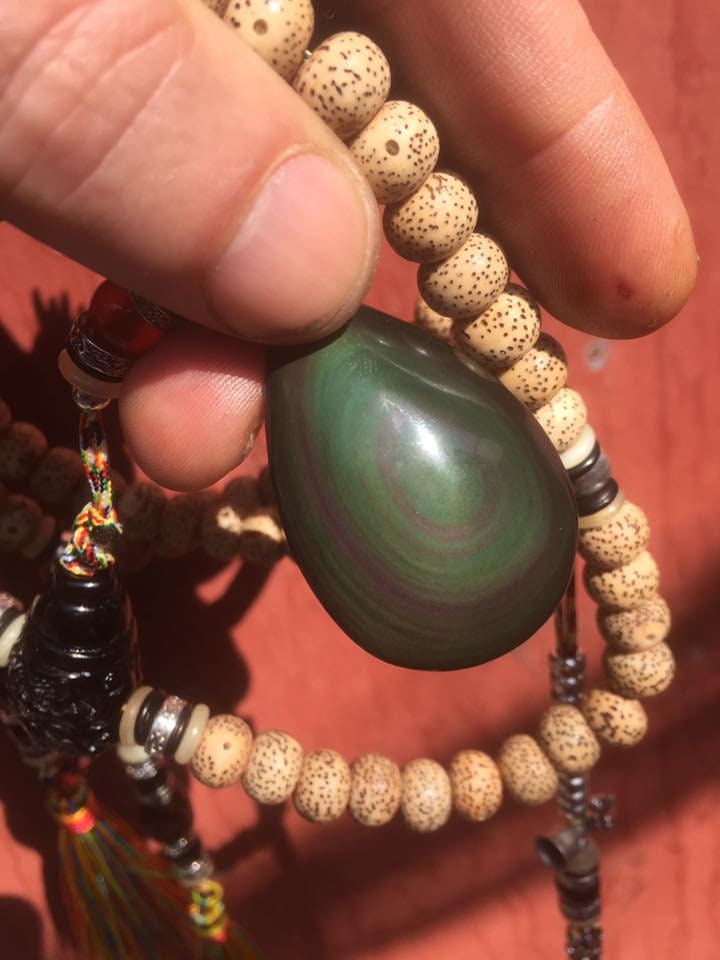 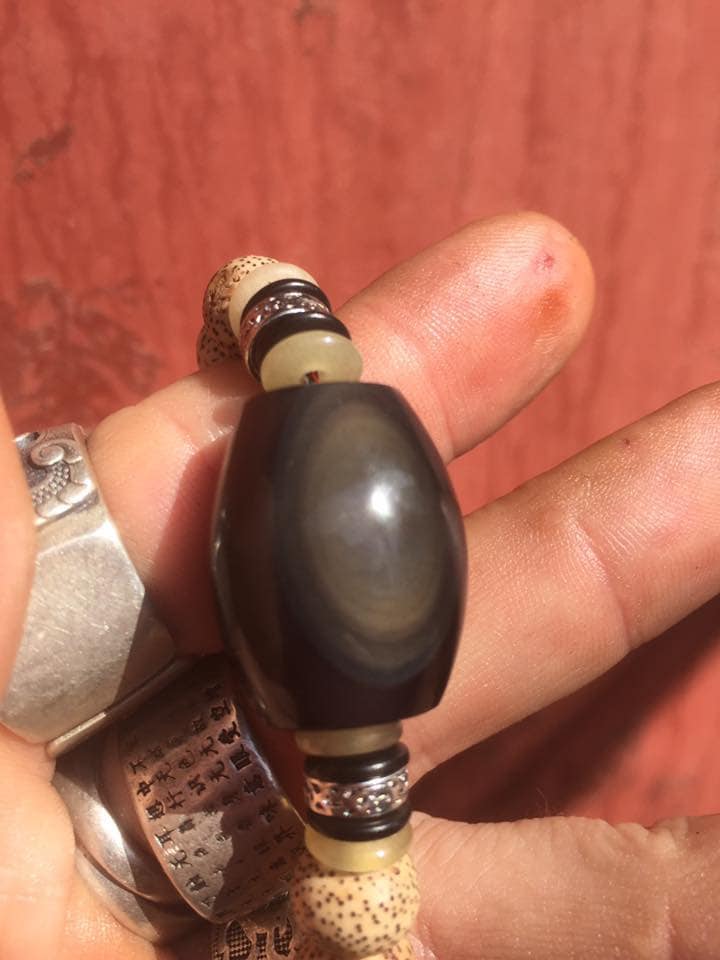 Mala, Buddhist rosary 108 sacred fig seeds, obsidian celeste eye, DZI or Tibetan sacred silver agate 925.
A sliding knot separates the beads so that they can be ginned.
Mounted on a traditional cord braid of 5 threads of color representing the 5 meditation Buddhas.

The Dzi that can be translated as "brilliantly polished", "luminous" are elongated agate beads with a different geometric shapes on their surfaces, but each with a very specific meaning. Dzi are considered by Tibetans to be powerful protections. According to legend, these stones are not of earthly origin, but, shaped by the gods and sown on earth so that whoever finds them, have a better Karma.
Dzi dating back 4,500 years were found in Tibet during archaeological excavations, thus in the middle of the shamanism period of Ben long before the arrival of Buddhism.
Statues can be seen around their necks in temples or on llamas.
The stone is agate and the drawings are handmade using a secret technique.
Each Dzi has a meaning according to the representations on its surface

Obsidian bead drop "celeste eye" from Mexico, renowned for the quality of its deposits. Obsidian is the result of natural vitrification of acid lavas. Some like shamans give him powerful power.