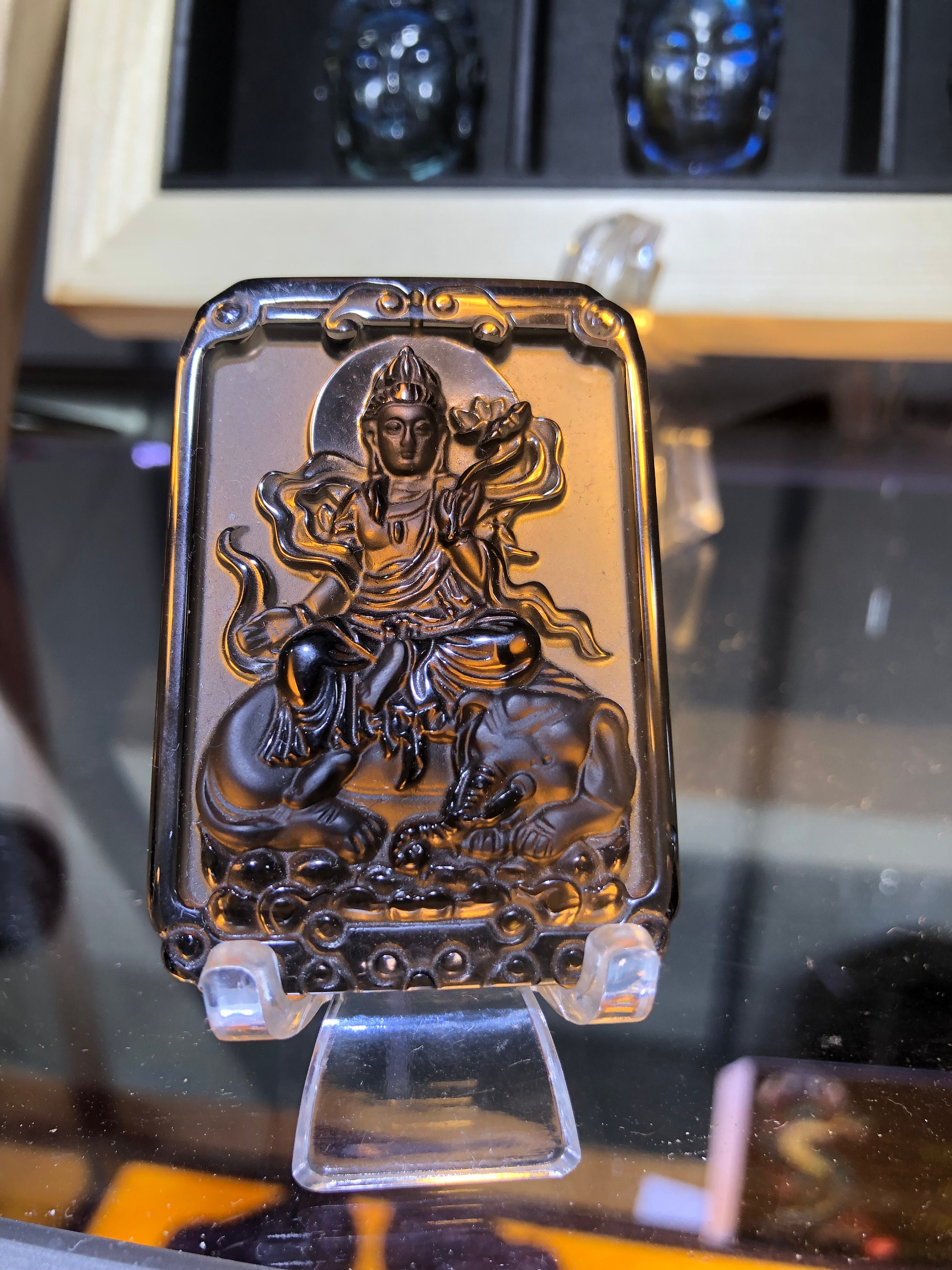 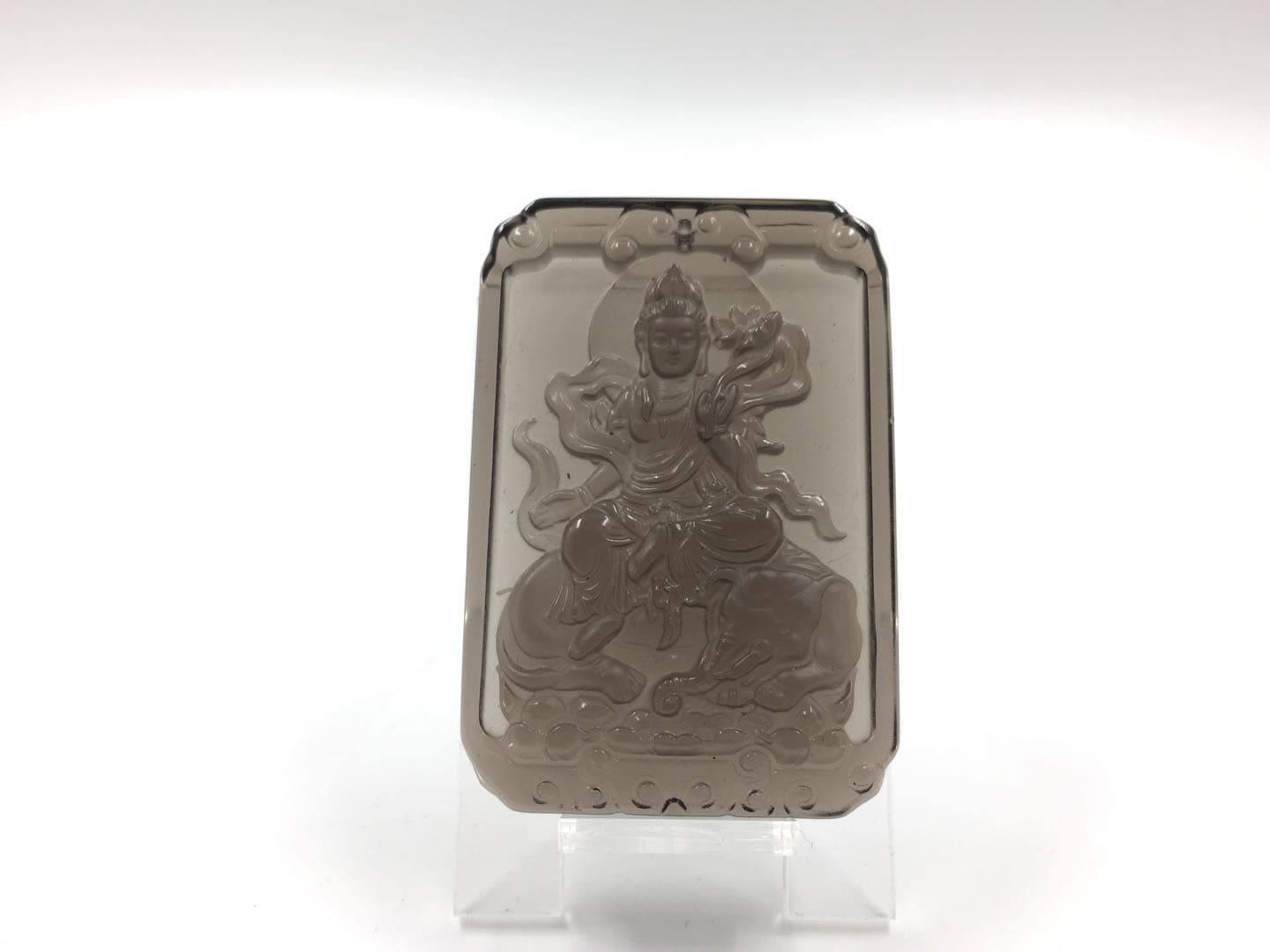 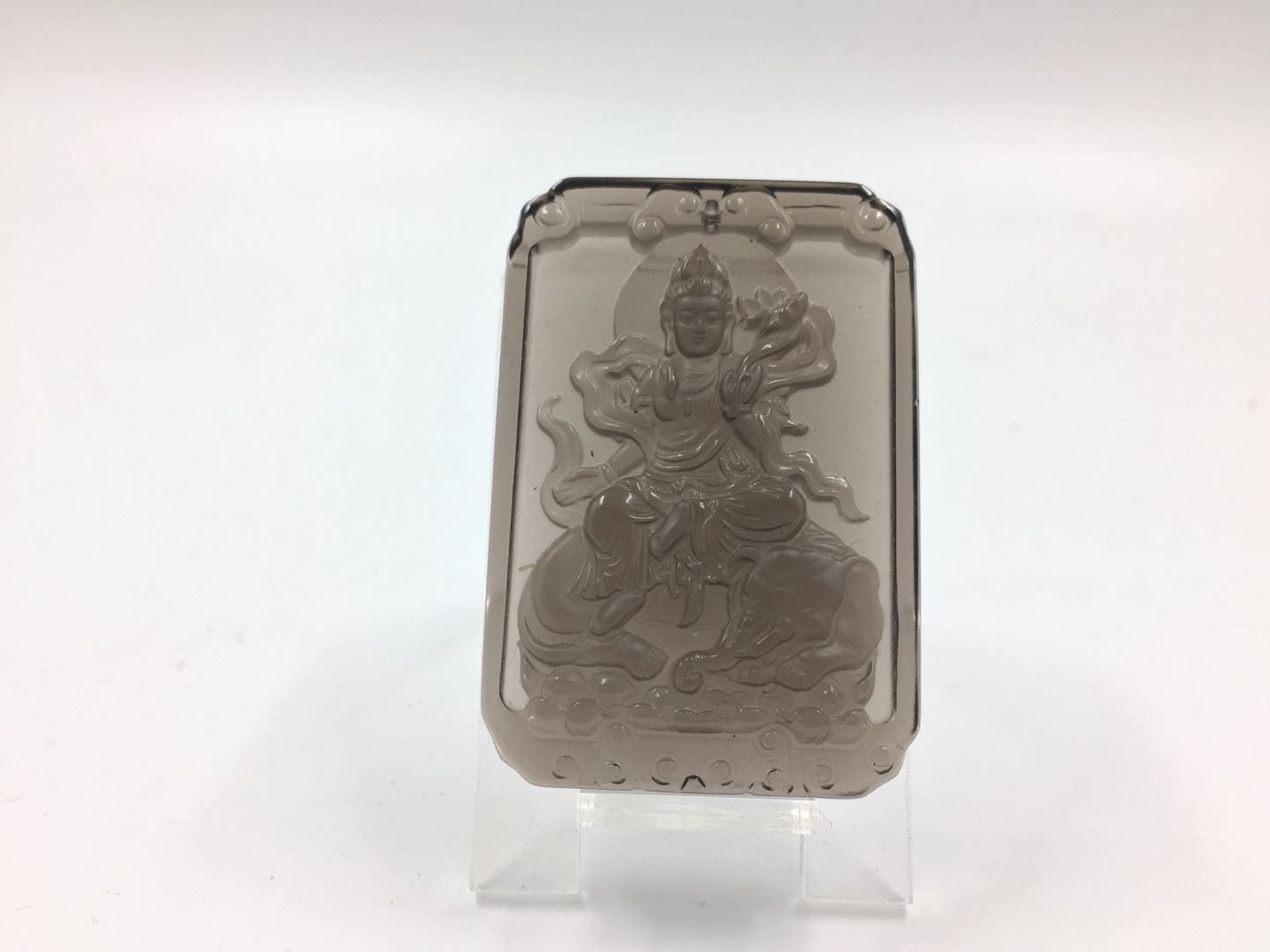 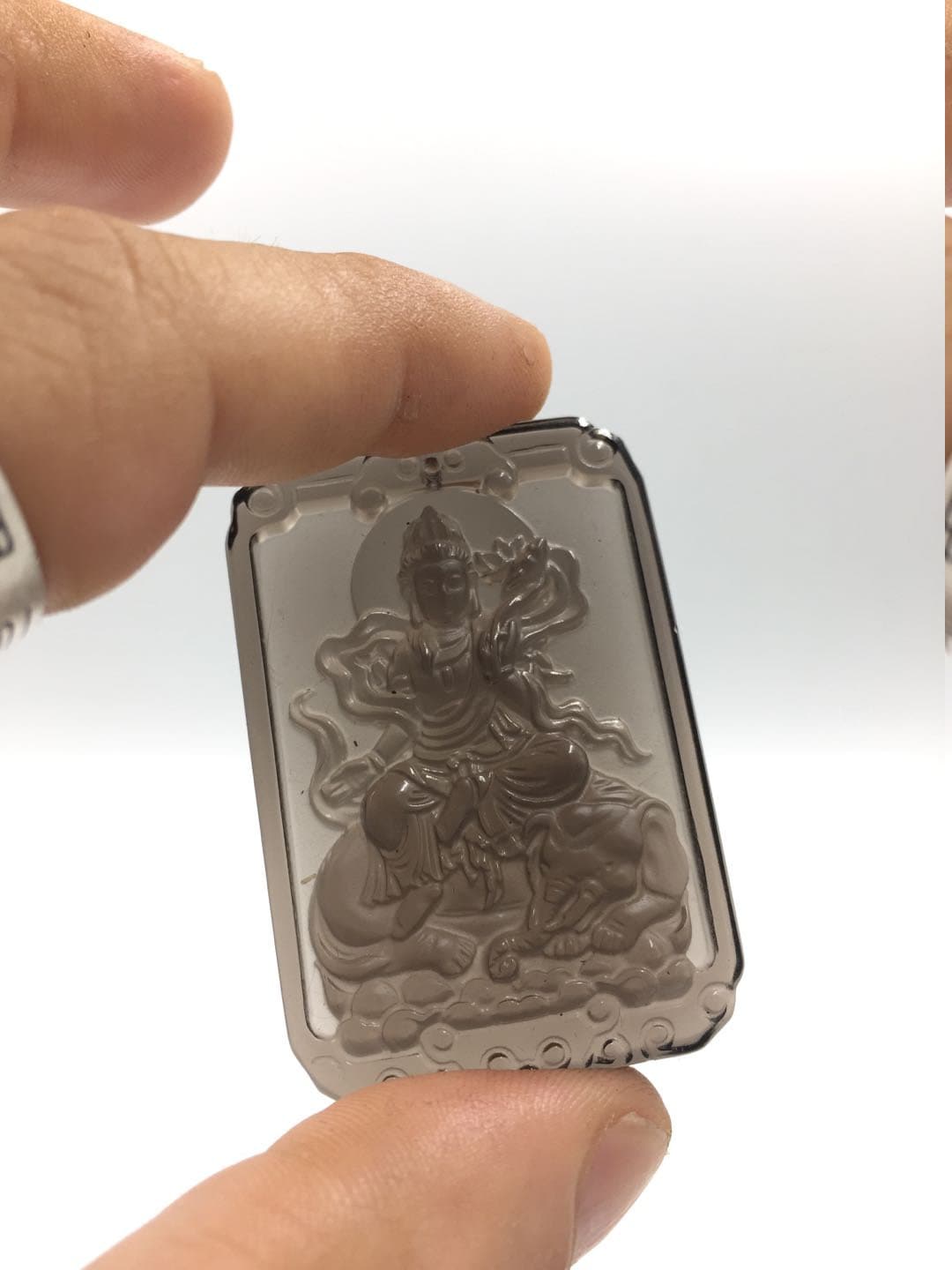 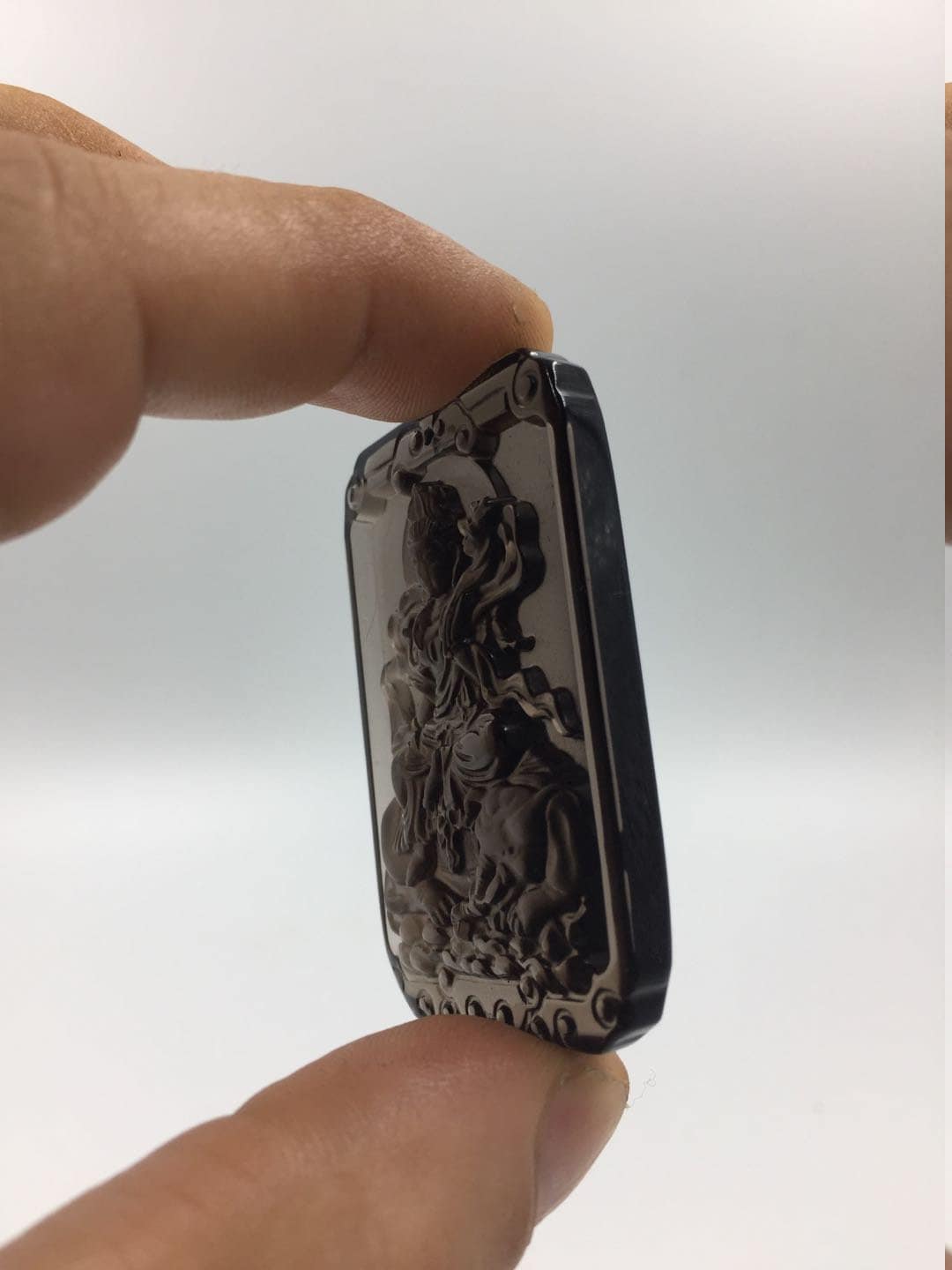 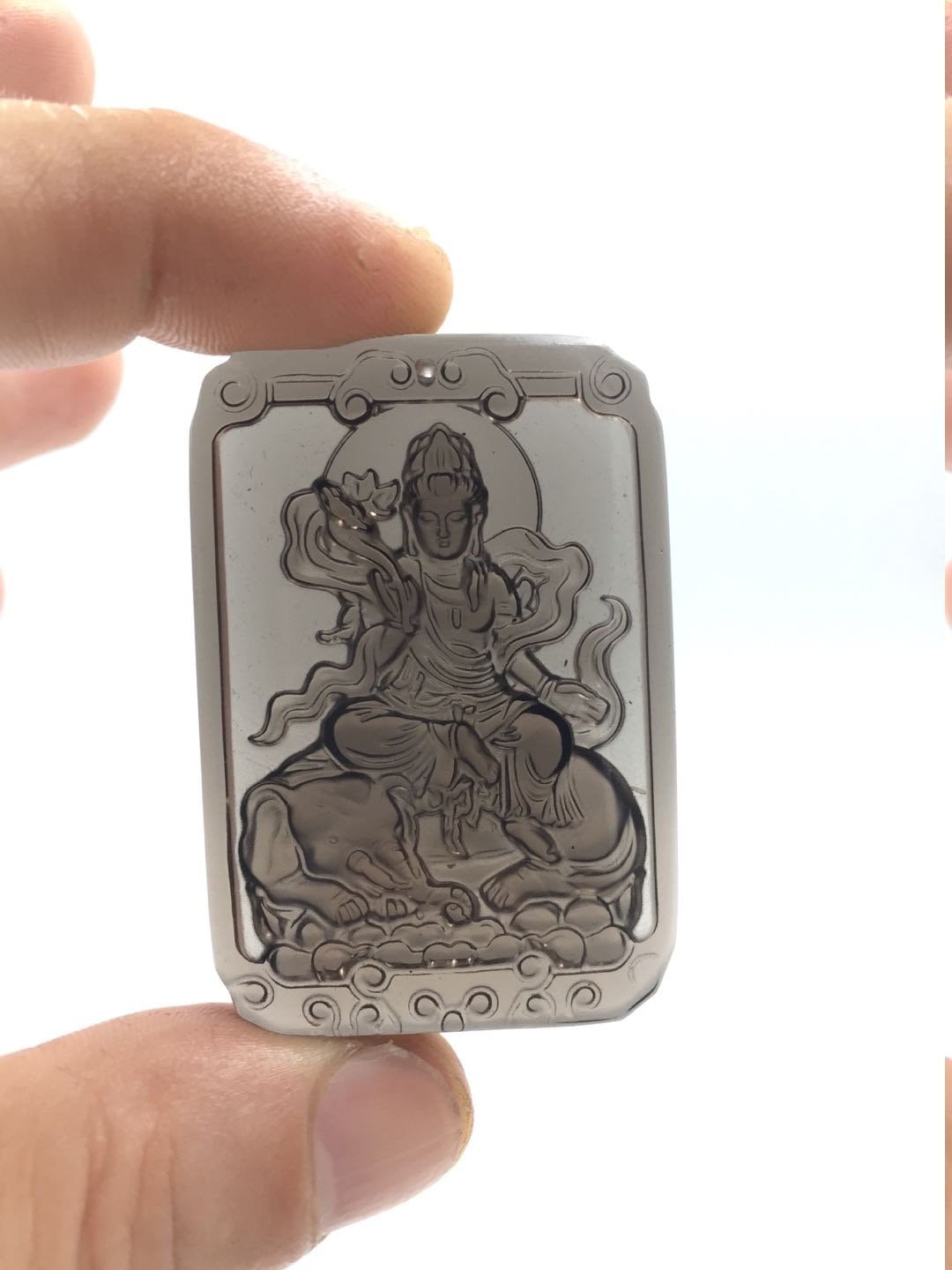 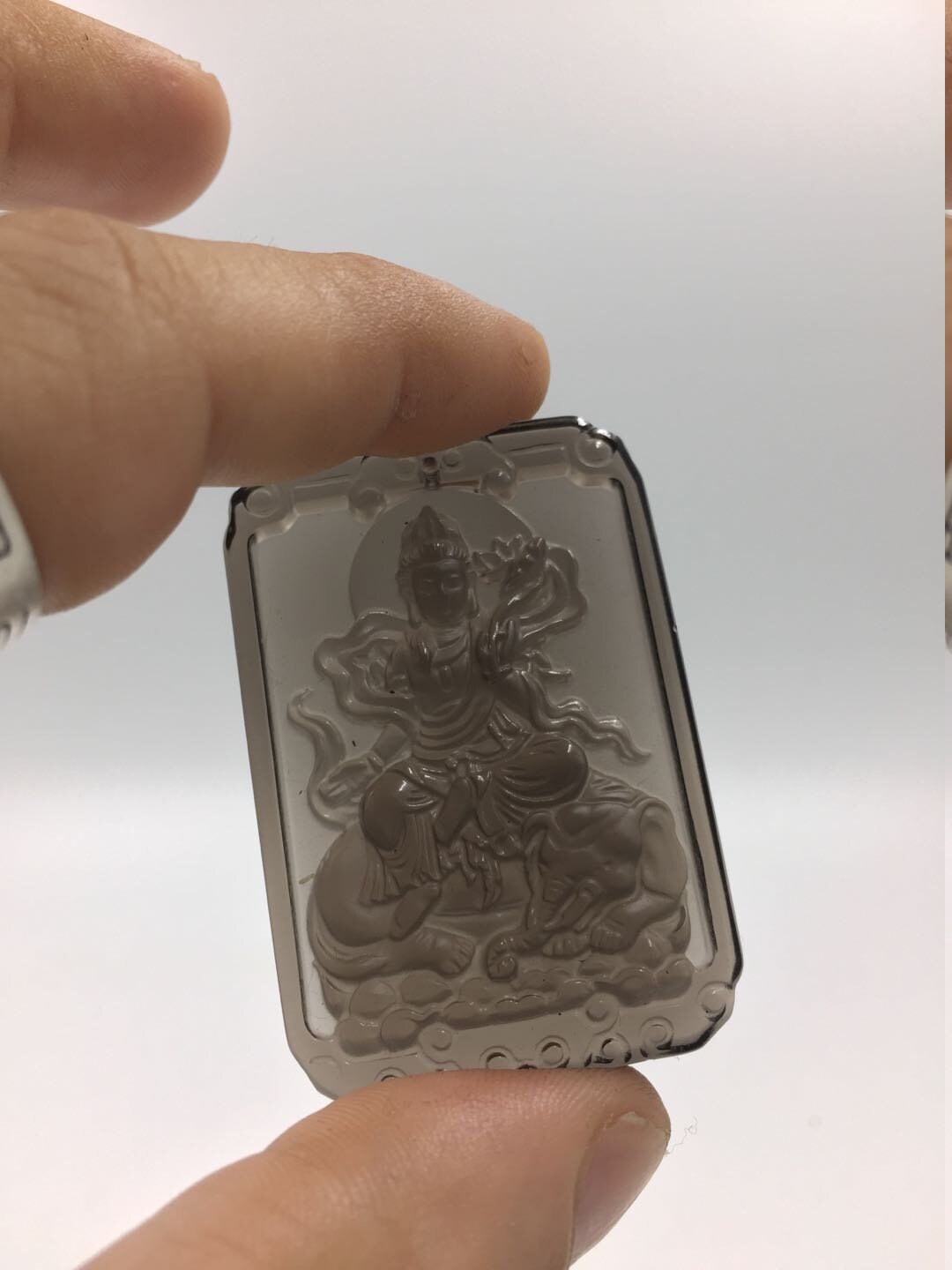 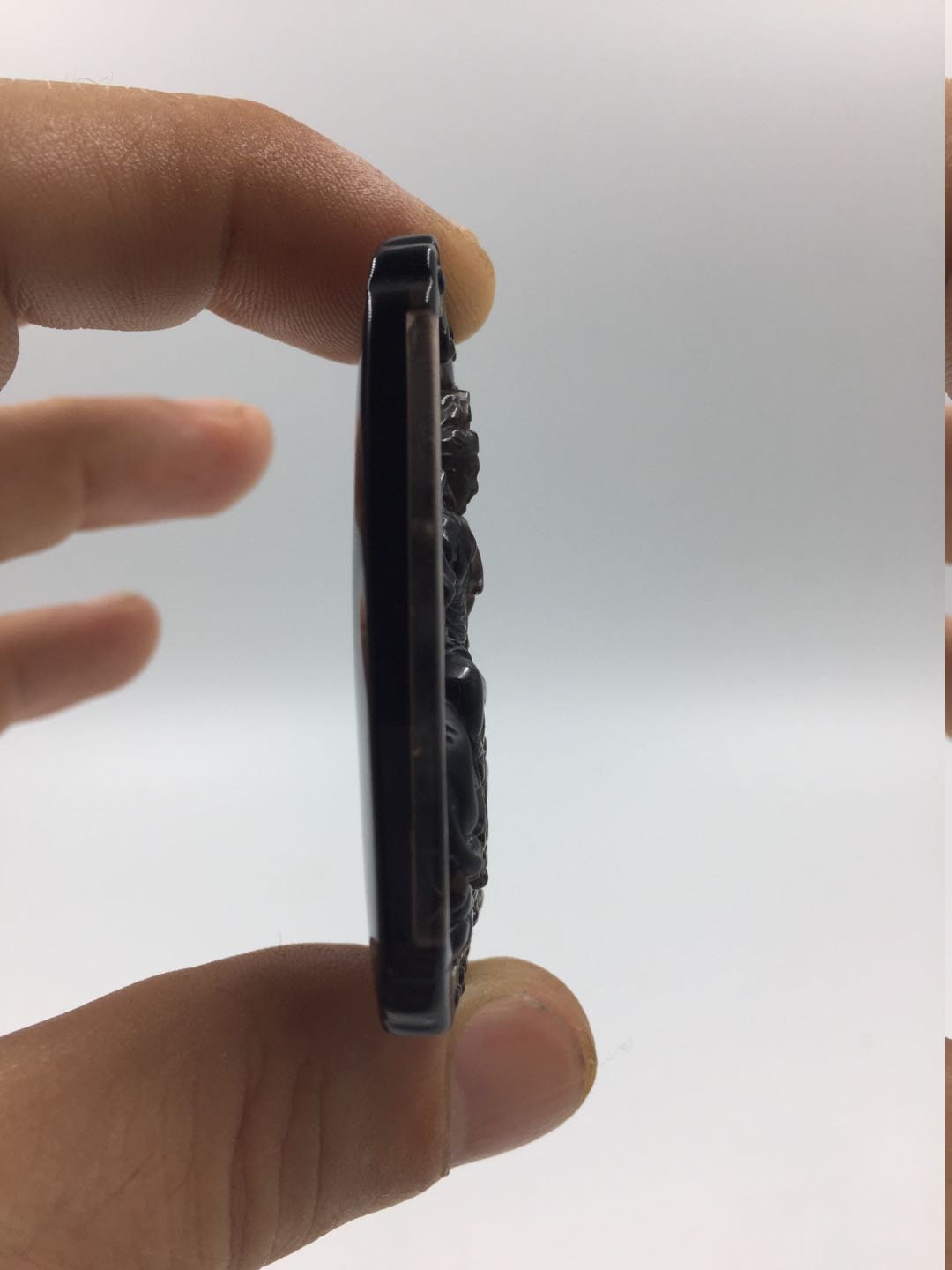 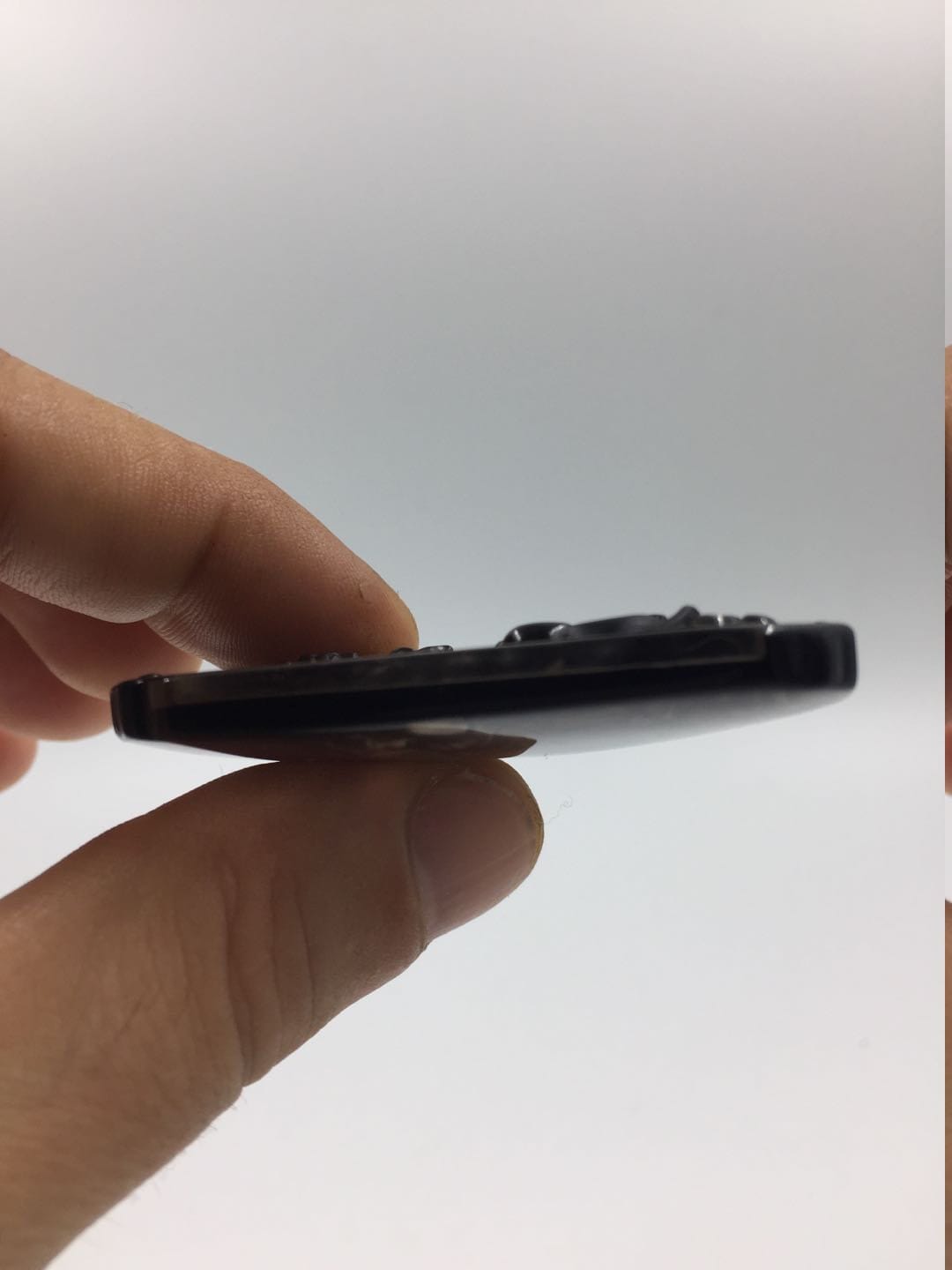 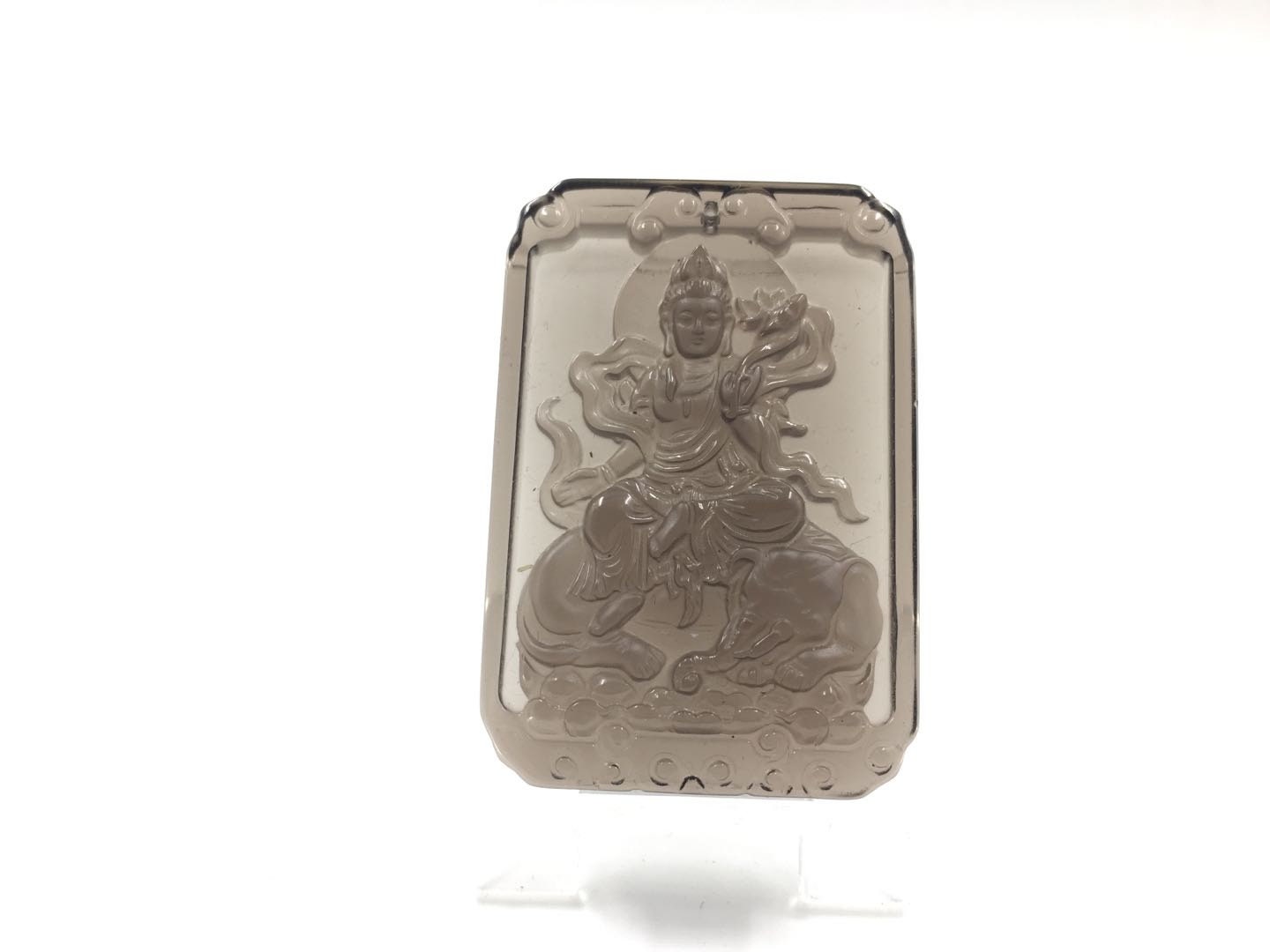 Before going into the details of this piece, we would like to warn our readers against the many counterfeits of the molded glass obsidian. Obsidian being a natural volcanic vitrification, it is easy to counterfeit this material. Only a detailed examination with the eye, a magnifying glass and a microscope makes it possible to untangle the true from the false. The obsidian ice being relatively rare, a very low price should alert the future purchaser. Extraction at the place of production, transport, pruning, trading, all this at once. We scrupulously examine our obsidians to guarantee their authenticity to our customers.
We are able to provide a certificate of authenticity on request.

- Obsidian is a natural glass, it is produced during an emission of silica-rich lava containing very little water (- 3%). At the time of its exit from the volcano, it undergoes a very rapid cooling that freezes the crystallization mechanisms. "It's like a piece of frozen lava when it comes out of the volcano."

- The Obsidian is formed so quickly that atoms are unable to organize themselves into crystal structures. The result is a volcanic glass with a smooth uniform texture. Due to the lack of crystalline structure, the obsidian has sharp edges and extremely thin blades.

- It is a natural mineral material that has a composition too complex to be composed of a simple mineral. However obsidian consists mainly of SiO2 (silicon dioxide), usually 70% or more.

- It is a stone of dark color, due to its richness in magnesium and iron. The surface of this gemstone is composed of beautiful patterns in the form of streaks, patches, spots, inclusions or bands of color. These various modes are created in a natural way at the time of the formation of the stone.

- Sometimes two colors of obsidian mix together in a single specimen. The most common color combination is black and brown called " mahogany Obsidian ".

Samantabhadra, whose name in Sanskrit means universal dignity, is a bodhisattva of Mahayana, or great vehicle.
Associated with dhyana, meditation, he formed a triad with the Buddha Siddartha Gautama and the bodhisattva Manjushri.
Dignitary of the lotus sutra, and according to the sutra of Avatamsaka, Samantabhadra made the ten great vows of the bodhisattva
1. Pay tribute and respect to all Buddhas.
2. rent the Thus-Come the Tathagata (Buddha)
3. Make abundant offerings.
4. Repent of misdeeds and bad karmas.
5. Rejoice in the merits and virtues of others.
6. Ask the Buddhas to continue teaching.
7. ask the Buddhas to stay in the world.
8. Follow the buddhas' teachings at all times.
9. welcome and enjoy all living beings.
10. Transfer all merits and virtues for the benefit of all beings.

Considered the adhi- Buddha (Primordial Buddha) in the Nyinqma current of Tibetan Buddhism, he is often represented in Yab- Yum, or indivisible male female union with his wife or paredre Samantabhadri.
Dzongsar Khyentse Rinpoche following the Nyingmapa Dzogchen tradition qualifies the nature and essence of Samantabhadra, the Primordial Buddha, as the unoriented source of the timeless and unlimited Atiyoga teachings, and honors the contradictory view held by some parties that the Dzogchen teachings originated from the Bonpo tradition or the Chinese monk Moheyan :
"Samantabhadra is not subject to time, place or physical conditions limits. Samantabhadra is not a colorful being with two eyes. Samantabhadra is the unity of consciousness and emptiness, the unity of appearances and voidness, the nature of the mind, natural clarity with incessant compassion - this is Samantabhadra from the beginning."


Unlike its more popular counterpart Mañjuśrī, Samantabhadra is only rarely depicted alone and is usually found in a trinity on the right side of Shakyamuni, mounted on a white elephant with six tusks. In these traditions that accept the Avatamsaka Sutra as its fundamental instruction, Samantabhadra and Manjusri flank the Buddha Vairocana, the central Buddha of this particular sutra.
He is sometimes shown in Chinese art with feminine features, riding an elephant with six pairs of tusks while wearing a lotus leaf 'umbrella' (Sanskrit: chatra), wearing a dress and features similar to some female representations of Guanyin. It is in this form that Samantabhadra is venerated as the bodhisattva protector of the monasteries associated with Mount Emei in western China in Sichuan Province, an important Buddhist pilgrimage site. Some believe that the white elephant mount of Samantabhadra was the same elephant that appeared to Queen Maya, the mother of the Buddha, to announce her birth.
The esoteric traditions of Mahayana treat Samantabhada as one of the "Primordial" Buddhas (Sanskrit: Dharmakaya), but the main primordial Buddha is considered Vairocana.

The Sri Lankan people revere Samantabhadra Bodhisattva as Saman (also called Sumana, Samantha, Sumana Saman). The name Saman means "the morning rising sun". The god Saman is considered one of the guardian deities of the island as well as a protector of Buddhism. His main shrine is located in Ratnapura, where an annual festival is held in his honor.