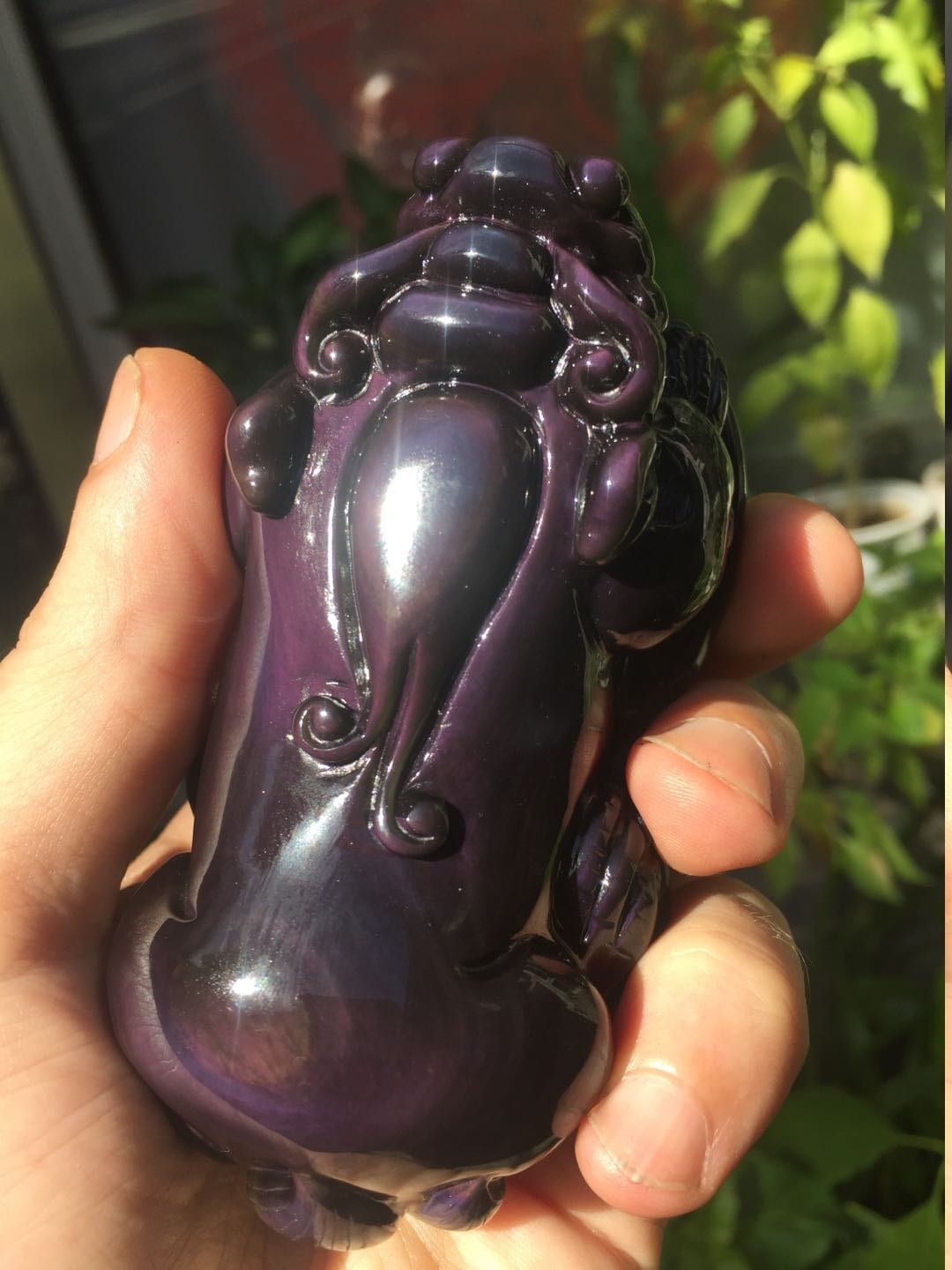 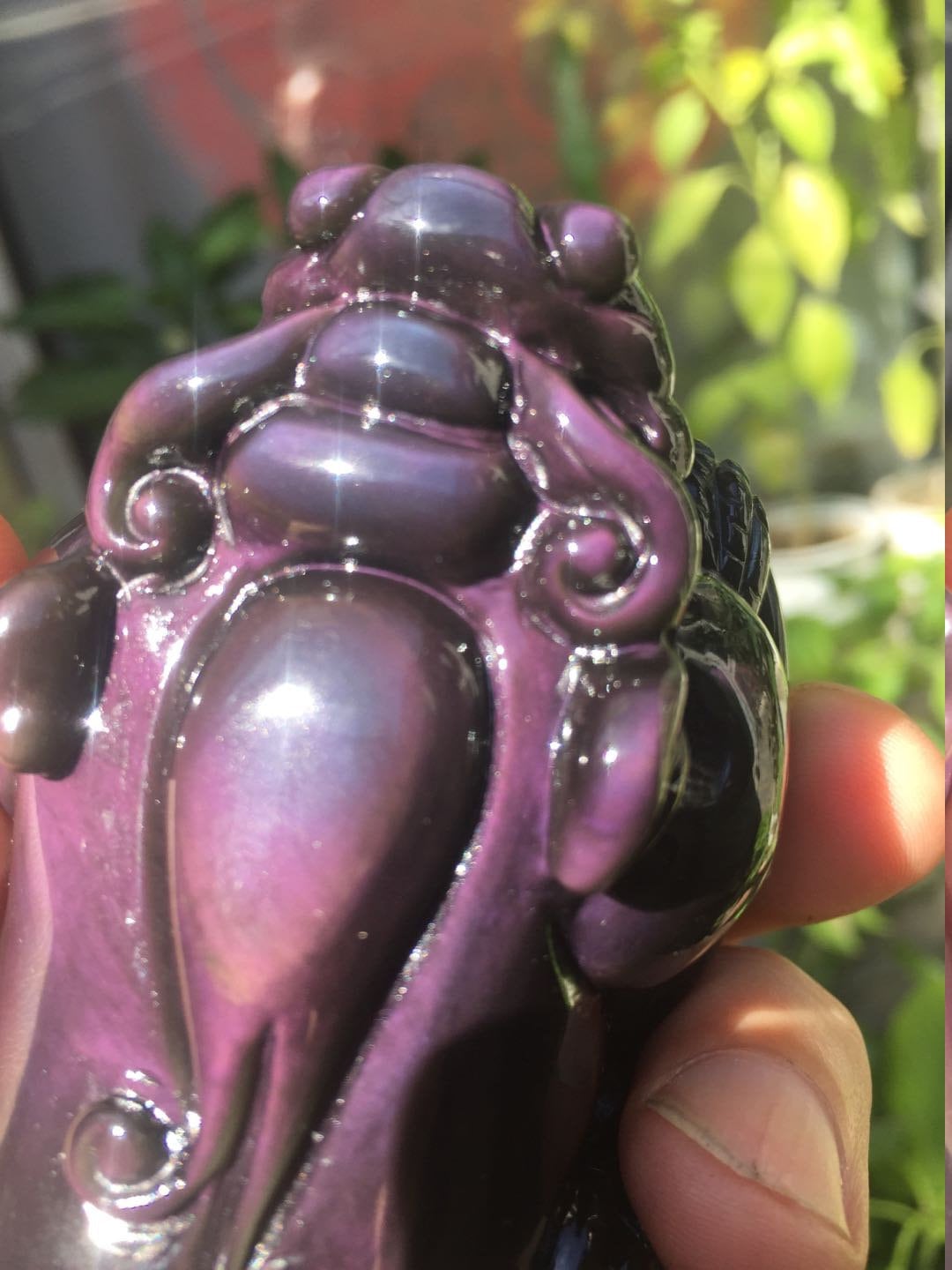 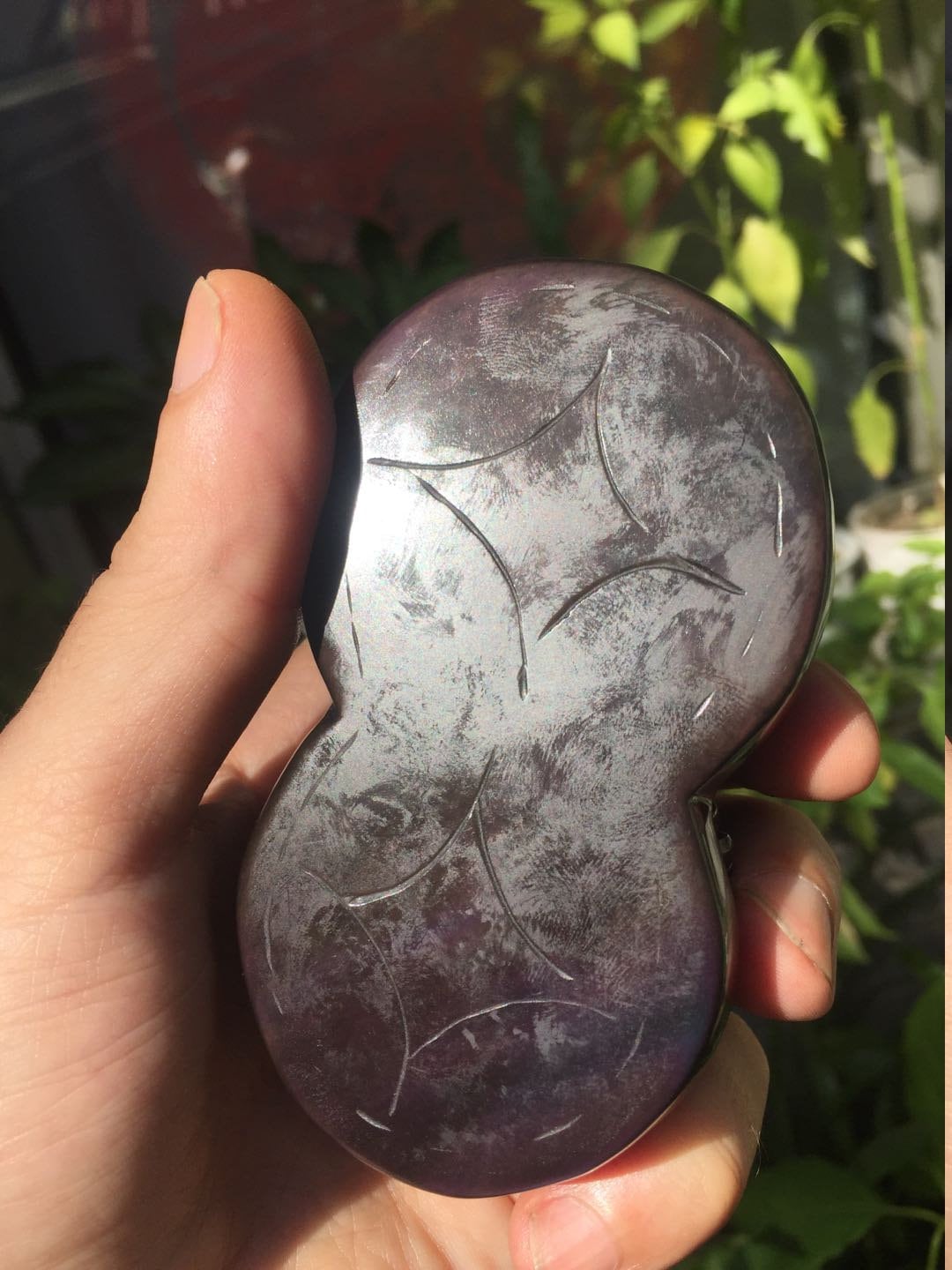 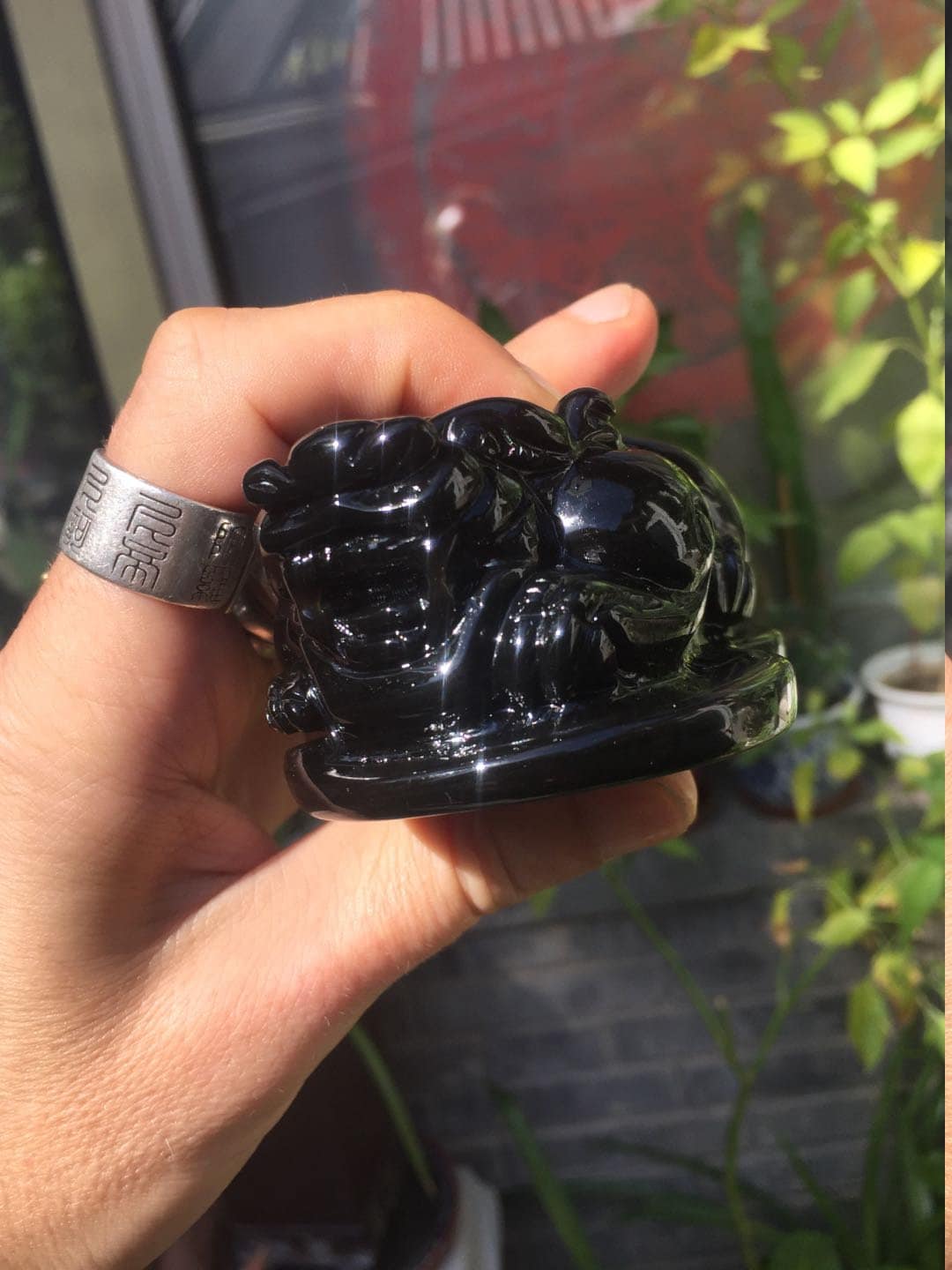 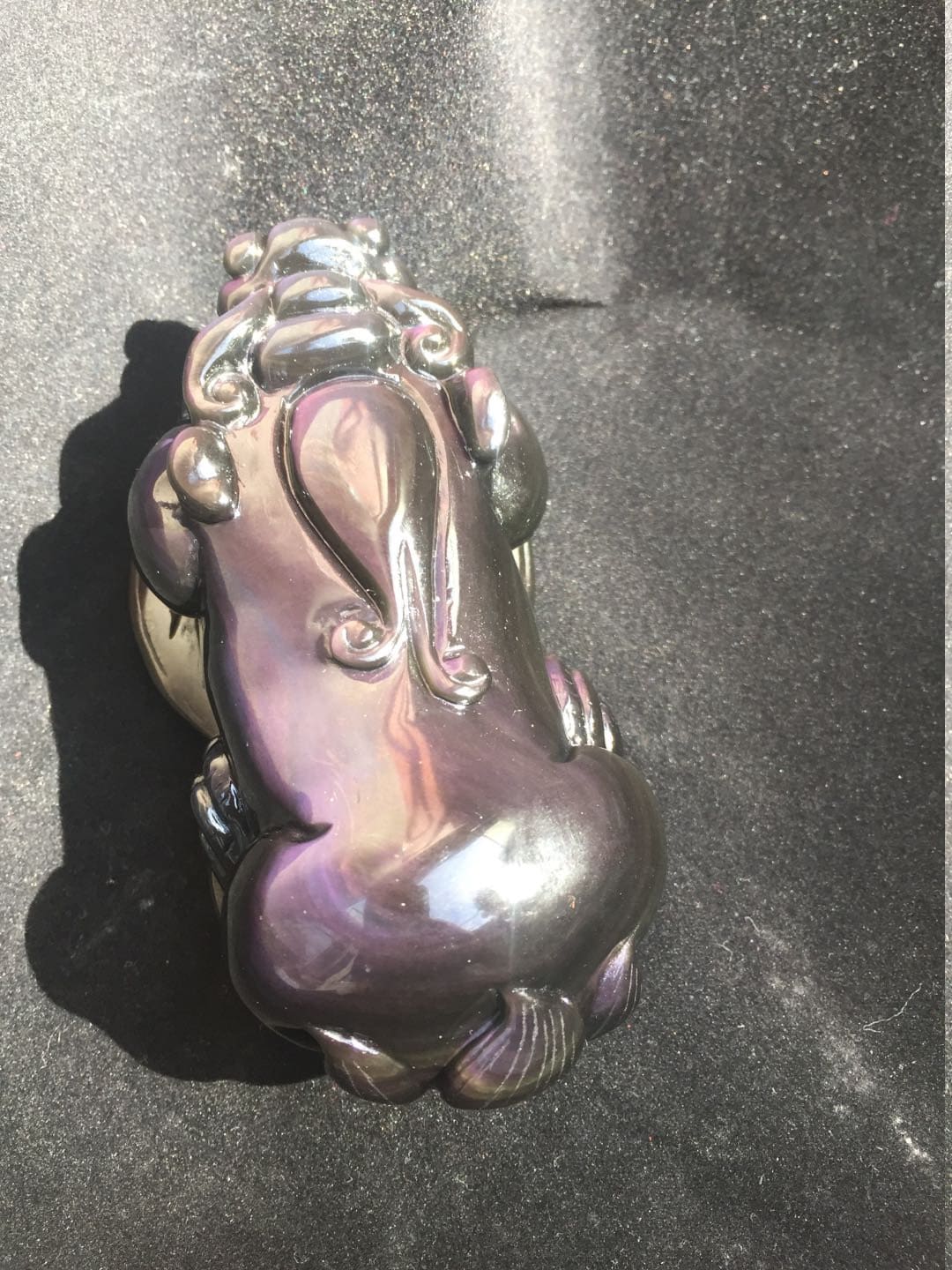 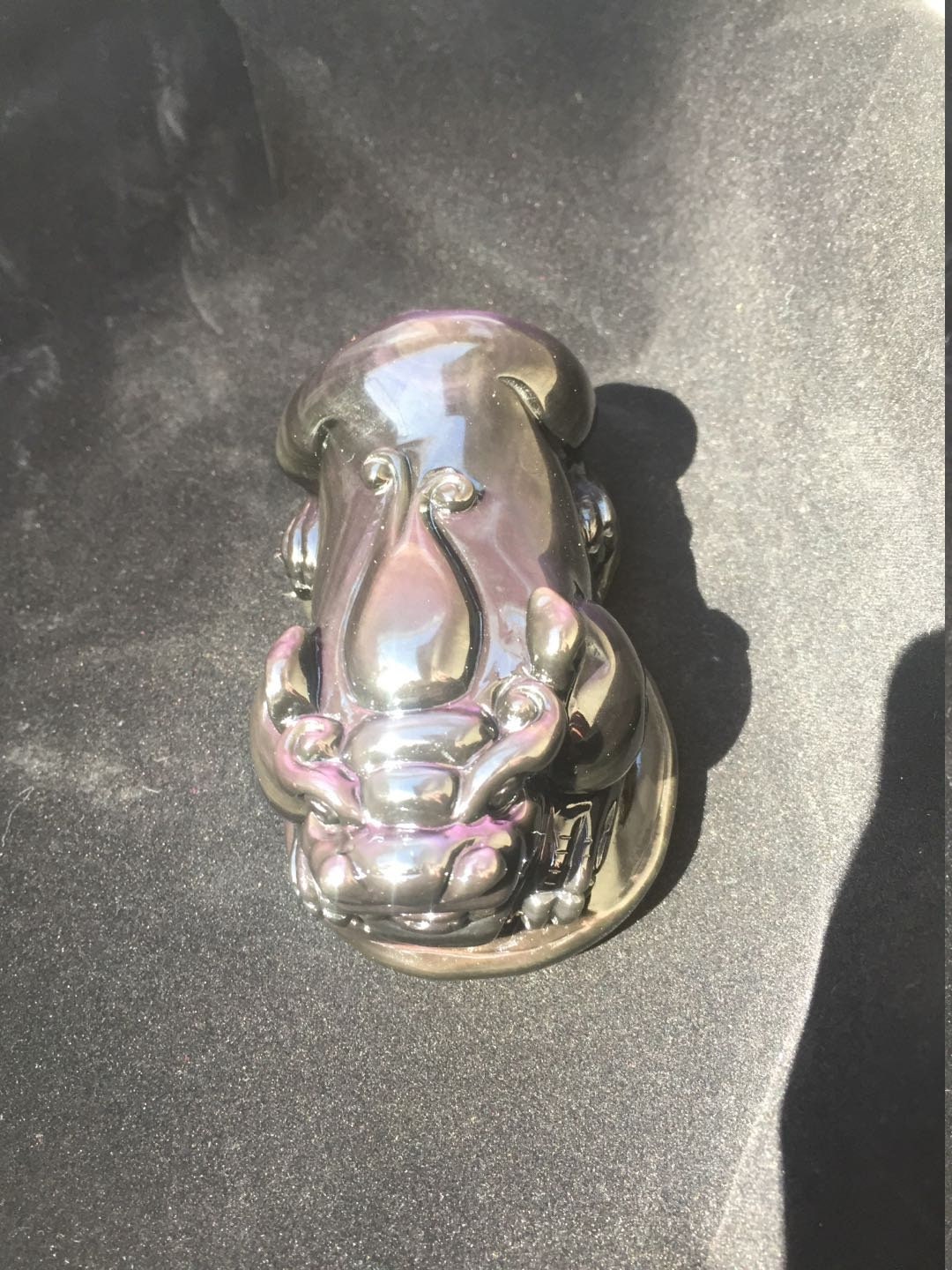 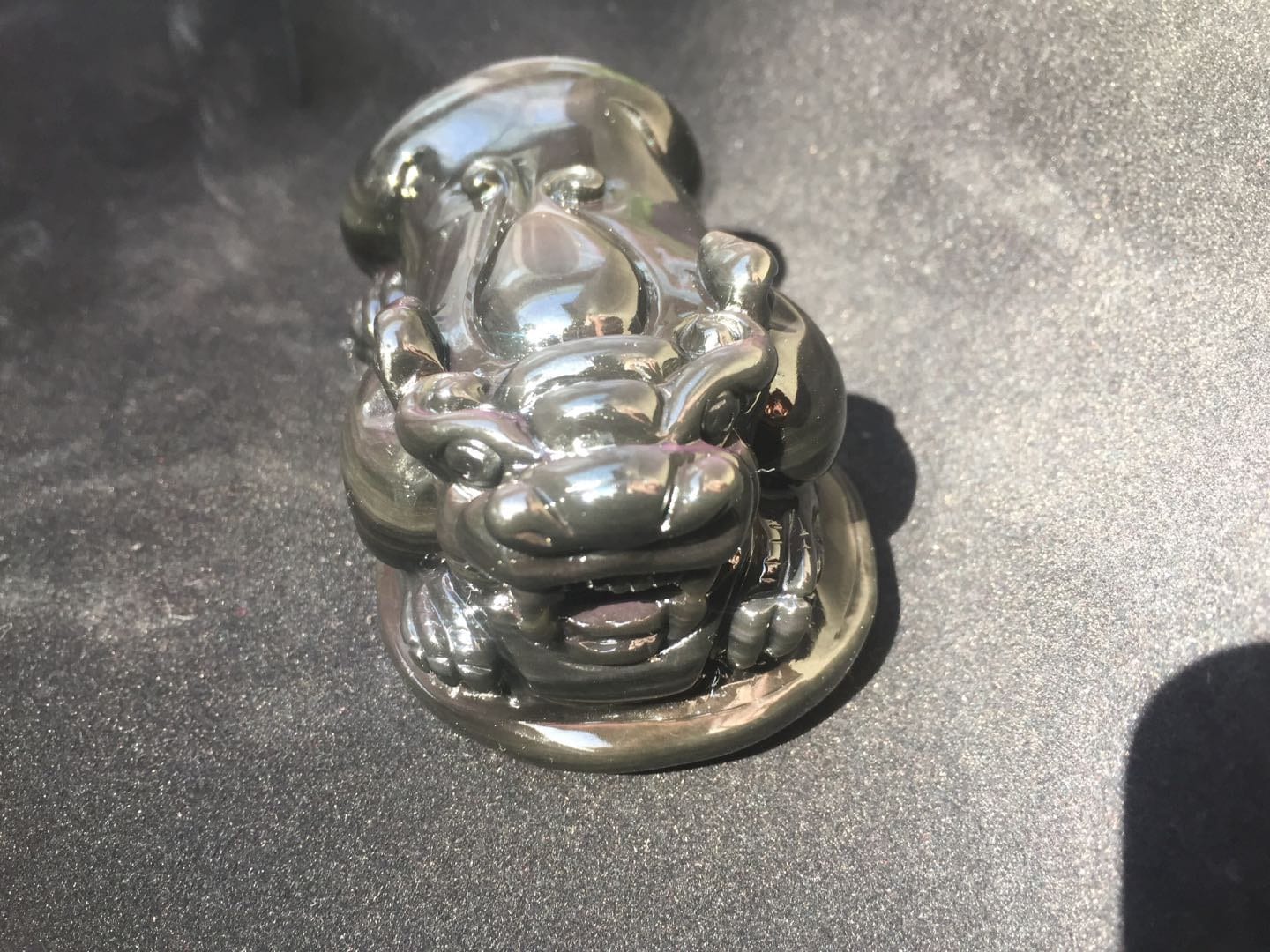 The dragon's ninth son borrows the massive and powerful look of the lion topped with a dragon's head and a pair of wings for good measure. A horn remains at the pixiu, when it had two in the past to distinguish the male from the female. An air of strength and ferocity emerges from the ensemble, accentuated by the freely exposed fangs. It is that the pixiu is a heavenly guardian, charged with preventing the intrusion of demons and evil spirits, he fiercely protects his master.

The pi xiu is of noble extraction, it feeds on precious stones and metal that give it a certain nobility of character. The animal is short on legs and a little ventru. It is because, for having relieved himself in the gardens of the Jade Emperor, he was punished by the latter who, with a misplaced kick, sealed his anus. And since then tints in the belly of the wonderful monster all the gold, all the silver and all the jewels that he swallows with good appetite. He acquired a new virtue in the eyes of men: that of attracting good fortune.

In feng shui, a pixiu is used as a remedy against certain delicate qi. It is placed in particular in the annual area afflicted by the three killers (san sha, ) the area of Tai sui (Great Duke Jupiter, ) or sui Po especially if this area is frequently disturbed (for example if the main entrance door is there).

Obsidian is a natural glass, it is produced during a silica-rich lava emission containing very little water (-3%). When it leaves the volcano, it undergoes a very rapid cooling that freezes the crystallization mechanisms. "It's like a piece of lava frozen as it emerges from the volcano."

The formation of the obsidian rainbow "heavenly eye"

- Thus, this variety is called Obsidian Rainbow. Different colors can appear in the form of successive layers on the surface of the stone.

- When making bulging objects the different colors appear and change depending on the inclination of the reflection to the light.