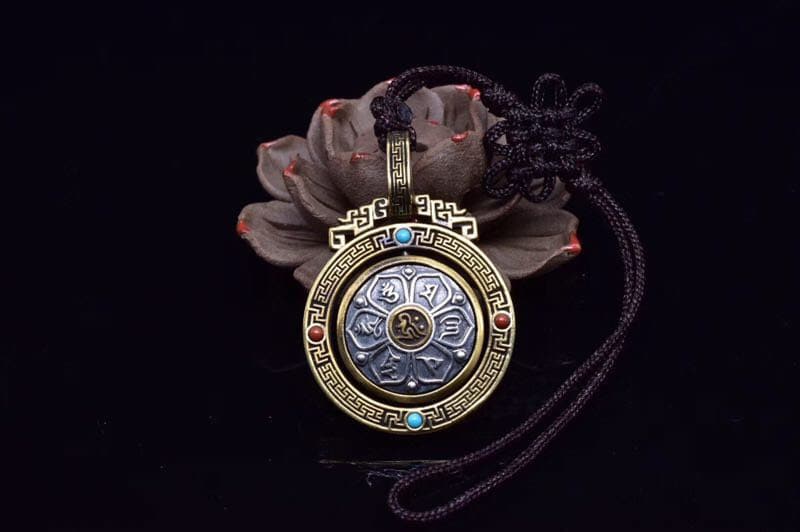 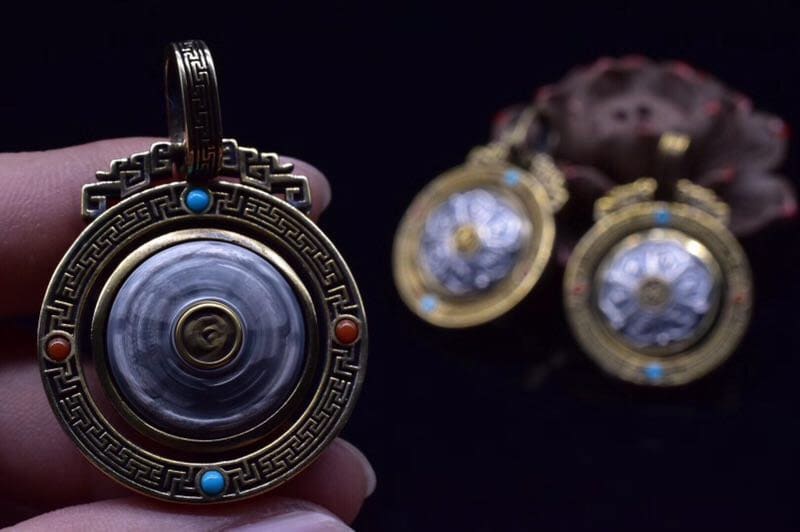 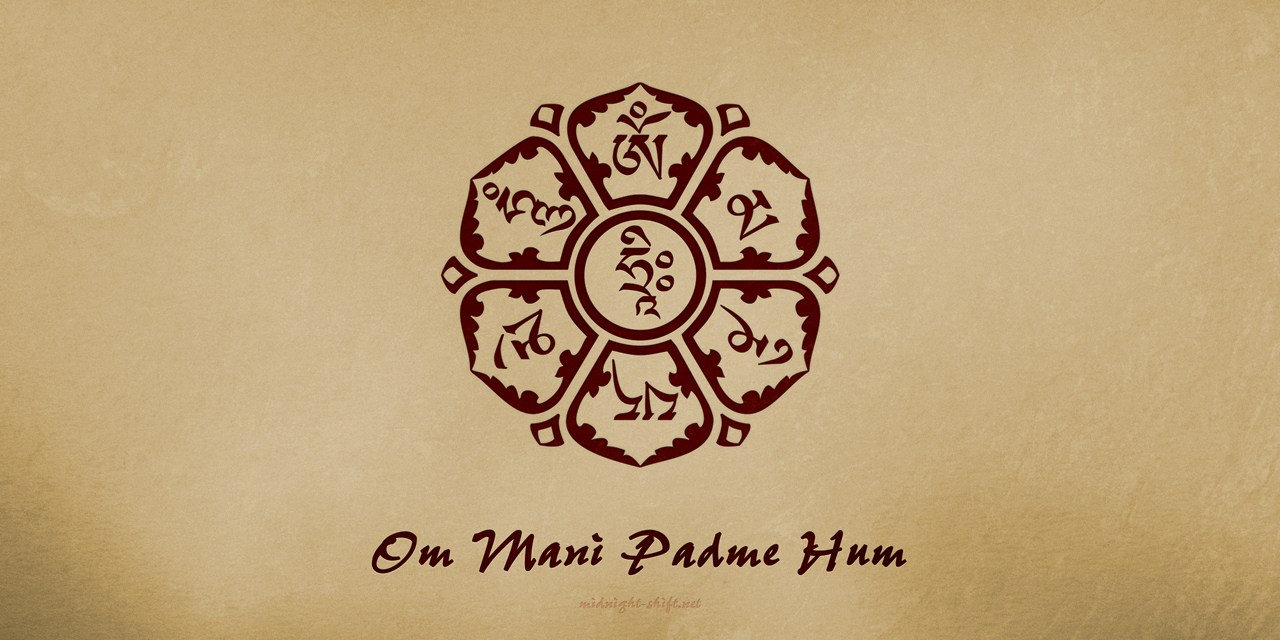 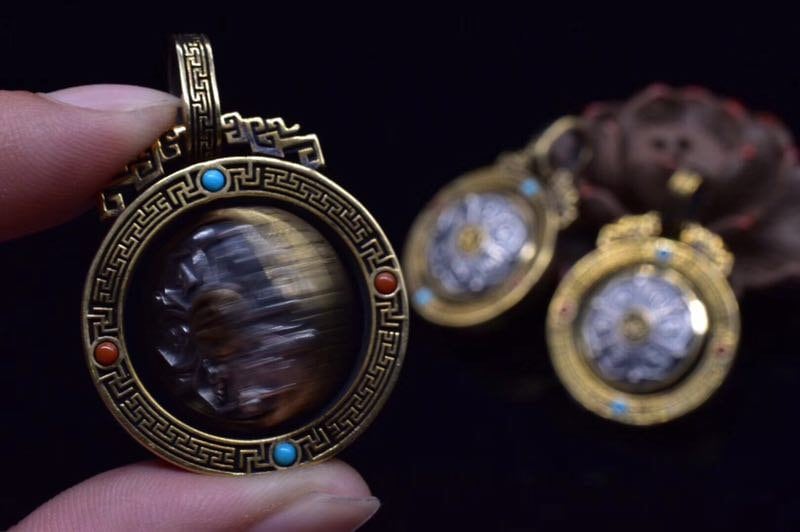 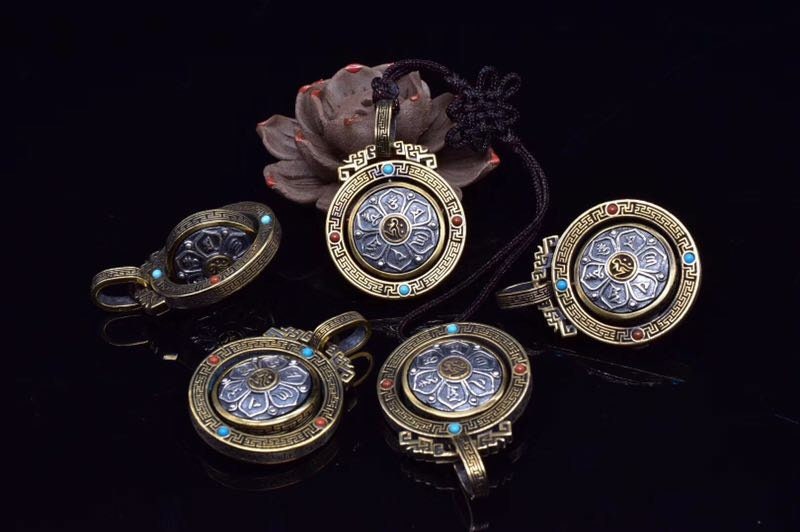 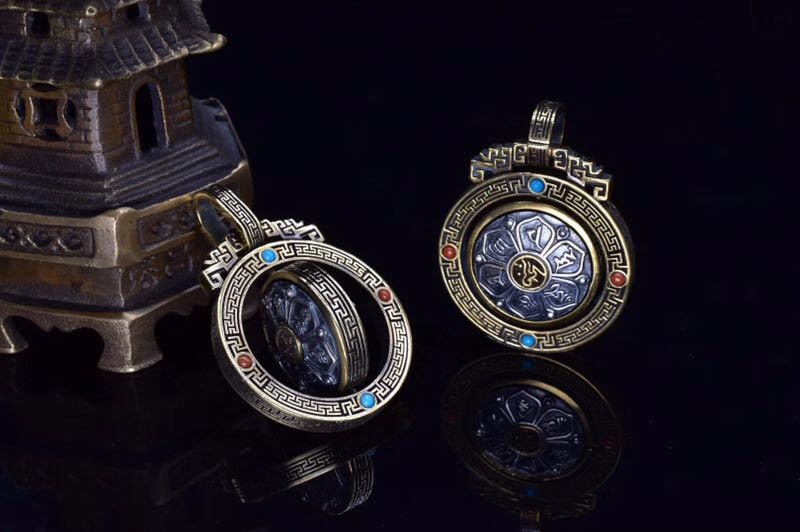 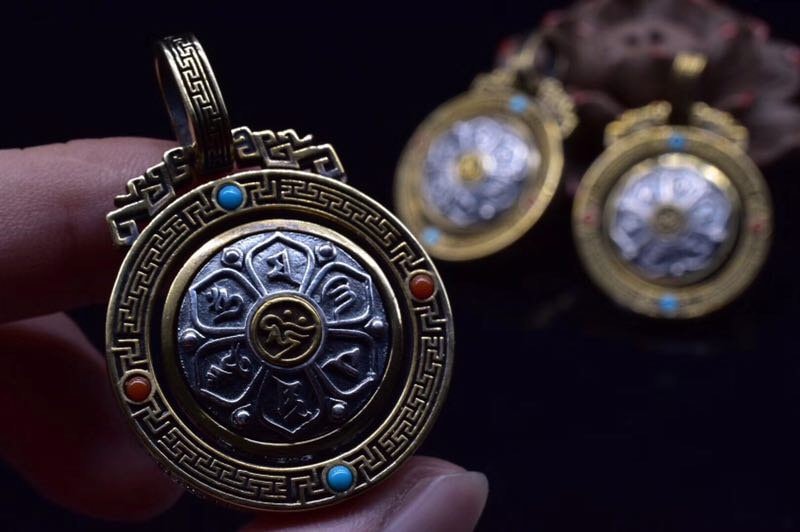 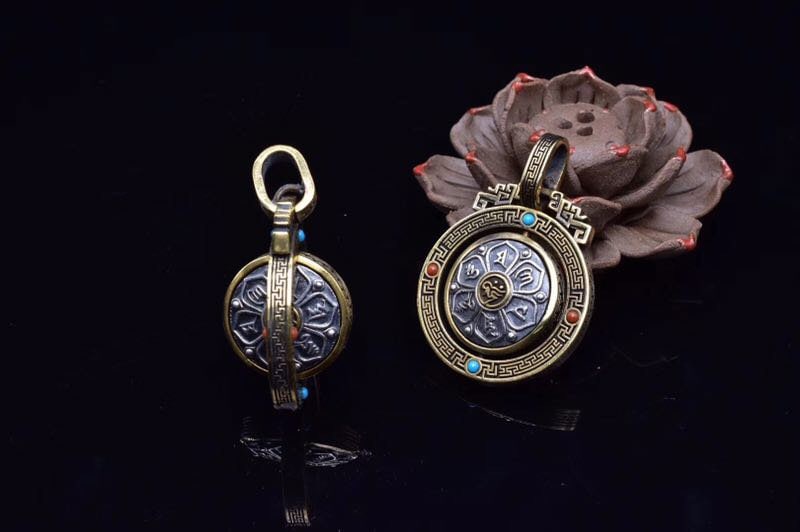 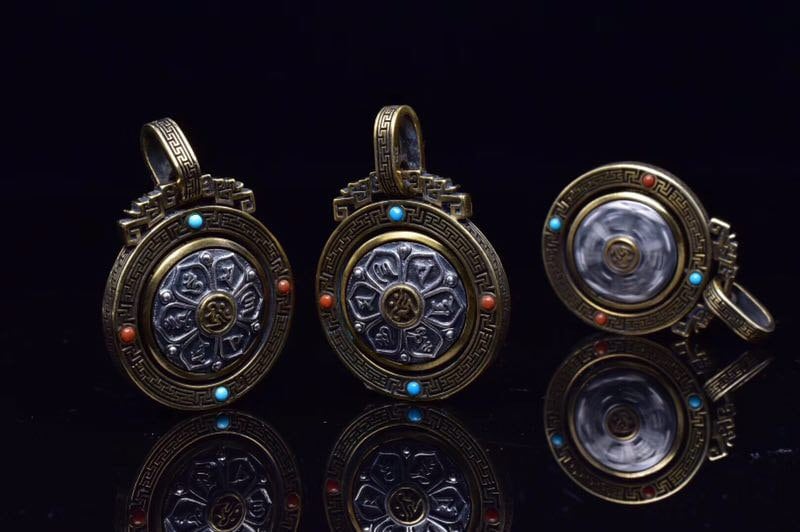 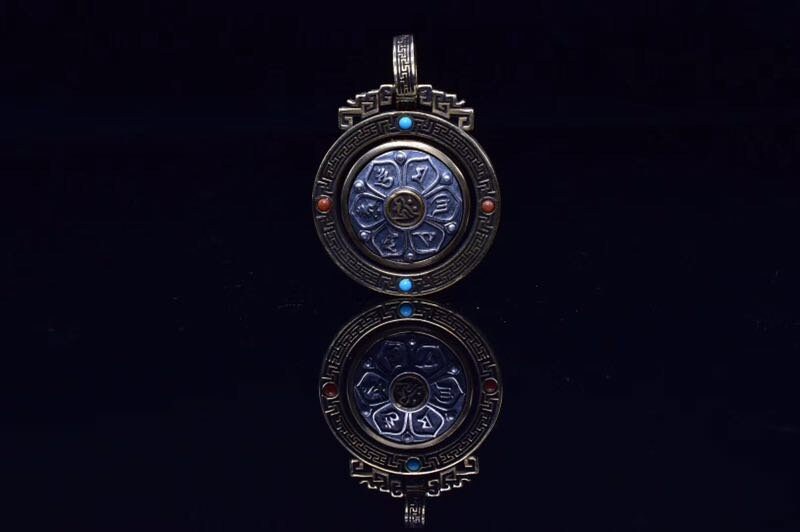 Om mani padme hum (derived from Sanskrit, sometimes followed by a seventh syllable, hrih) is one of the most famous mantra of Buddhism. It means "the jewel in the Lotus".

It is the mantra of the six syllable of the boddhisatva of compassion Avalokitesvara (Guanyin in Chinese, Kannon in Japanese, Chenrezig in Tibetan). It is therefore also called the mantra of great compassion (mahakaruna).

Its radiance is universal in Buddhism Mahayana and Vajrayana..

It is also said that OM MANI PADME HUM confers a powerful protection against all sorts of negative influences and various forms of disease.

HRIH, the essence of the compassion of all Buddhas, is the catalyst that makes this compassion active in order to transform our negative emotions into their wisdom nature.

Buddhism does not assert that there is anyone who from the beginning is free of faults and who possesses all the good qualities. The development of the body, the word and the pure spirit is obtained by gradually leaving the unclean States behind, transforming them into pure States.

Mani, which means "jewel", symbolizes the factors of the method-the altruistic intention of becoming an enlightened, compassioned and loving being.

The two syllables, PADME, signify Lotus and symbolize wisdom. In the same way, the Lotus that grows in the mud but is not tainted by the flaws of the mud, wisdom can put you in a situation of non-contradiction while it could be contradictory if you did not possess wisdom.

Purity must be attained through an apparent unit of the method and wisdom, symbolized by the final syllable HUM, which indicates invisibility. According to the Sutra, this invisibility of method and wisdom refers to the wisdom affected by the method and method affected by wisdom. The mantra vehicle (or tantra vehicle) refers to a consciousness in which there is the form full of wisdom and method as an undifferentiated entity. In terms of the seed syllables (from the origin) of the five Buddha, HUM is the seed syllable of the Akshobhya-the immutable, the invariable, which cannot be disturbed (muted) by anything. energy

So the six syllables, OM MANI PADME HUM, mean that depending on the practice of a path that is an invisible Union of method and wisdom, you can transform your body, your Word and your unclean mind into a body, Word and exalted and pure spirit of a Buddha.

The initiation to the sacred mantra om mani padme hum allows us to awaken our memories as a servant of the Buddha, to activate the jewel of the Lotus that is within.