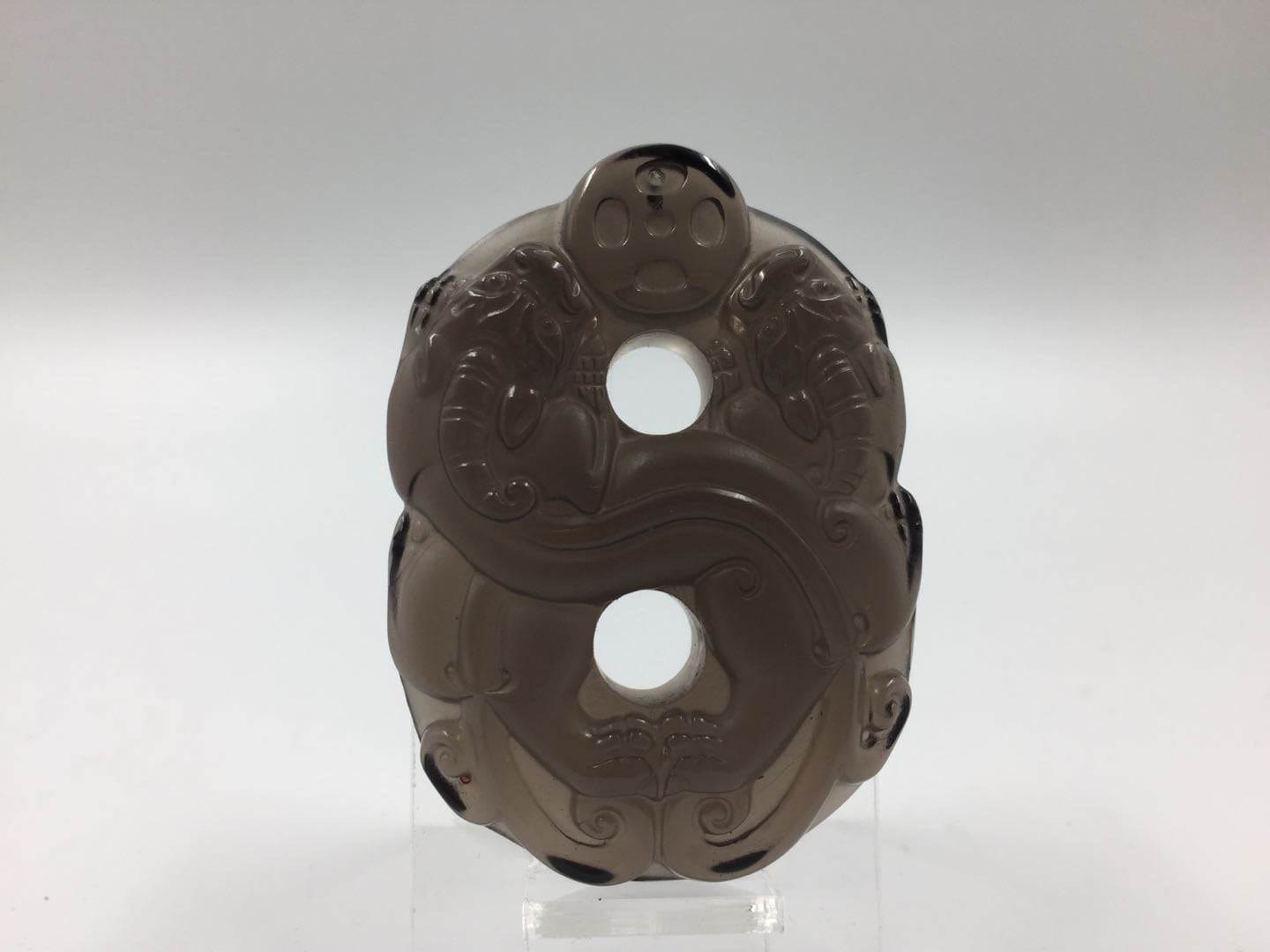 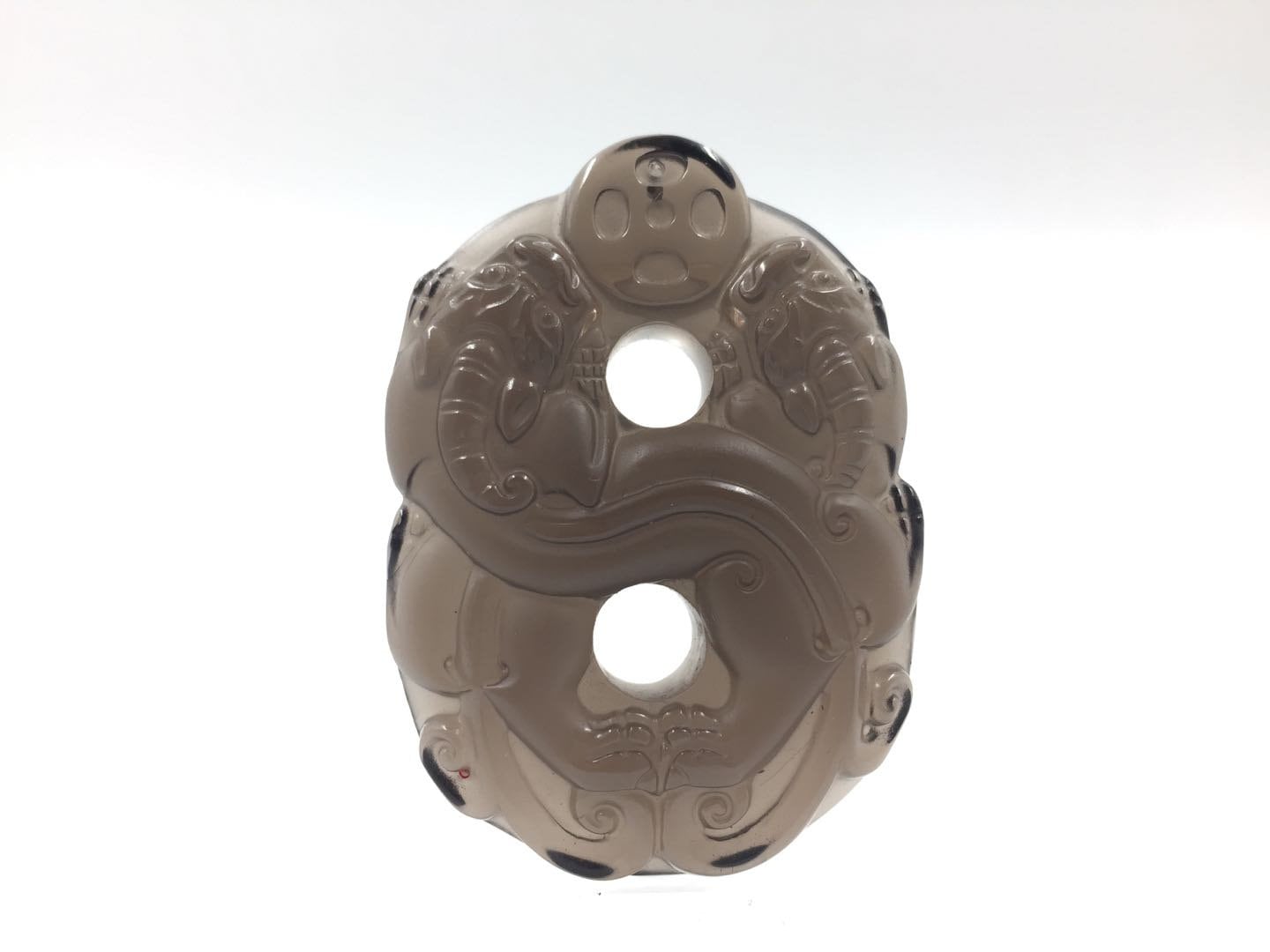 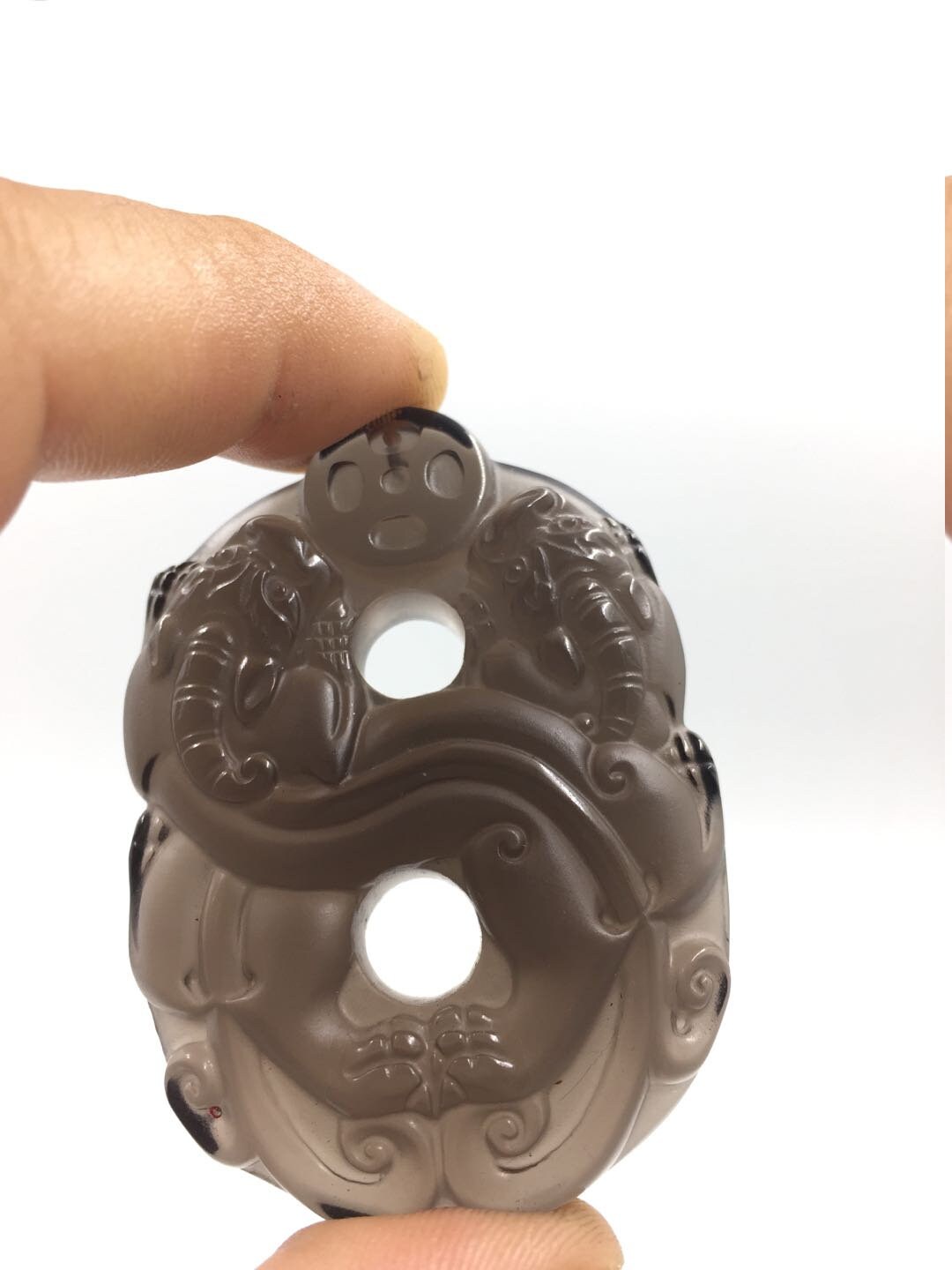 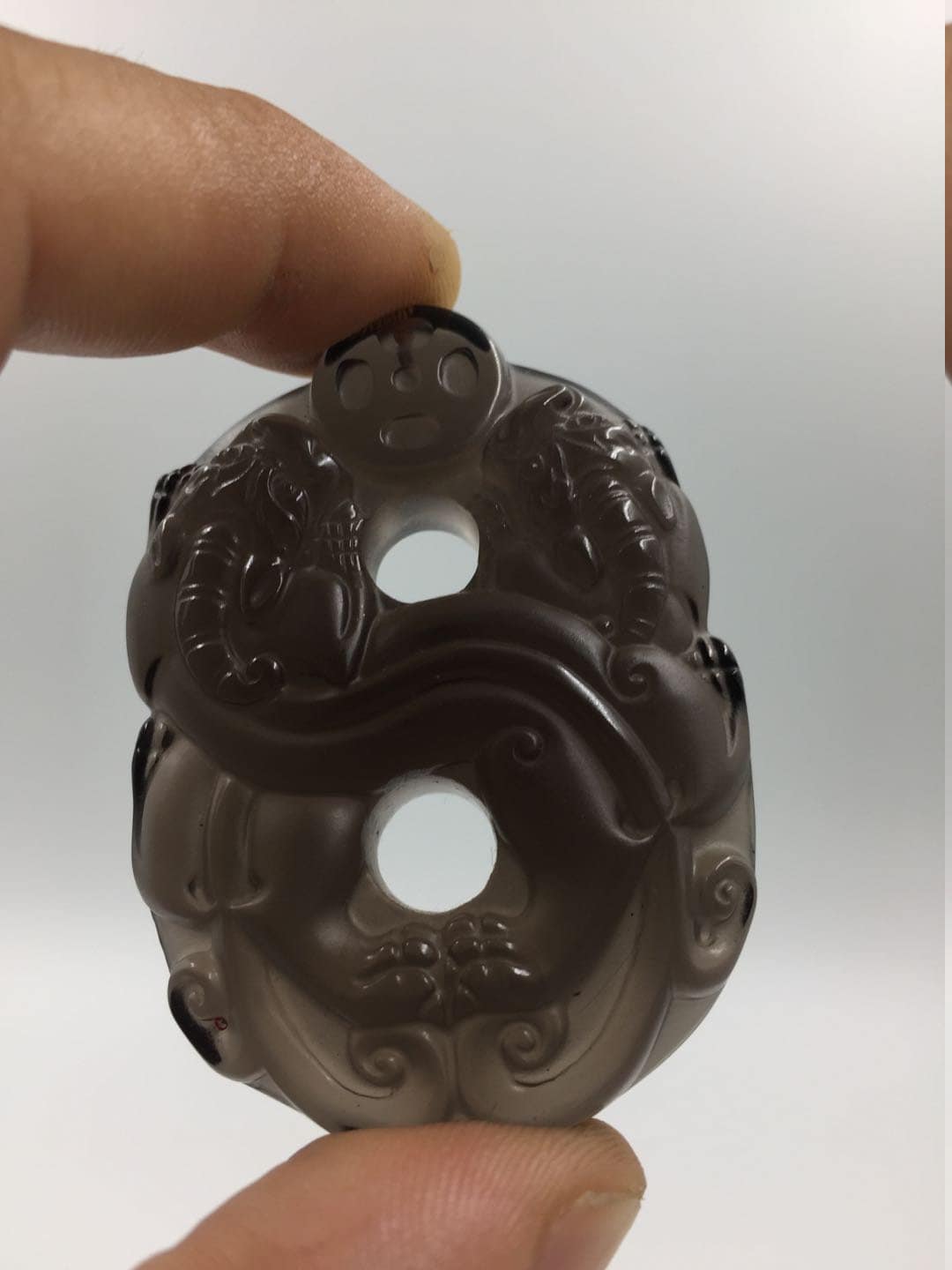 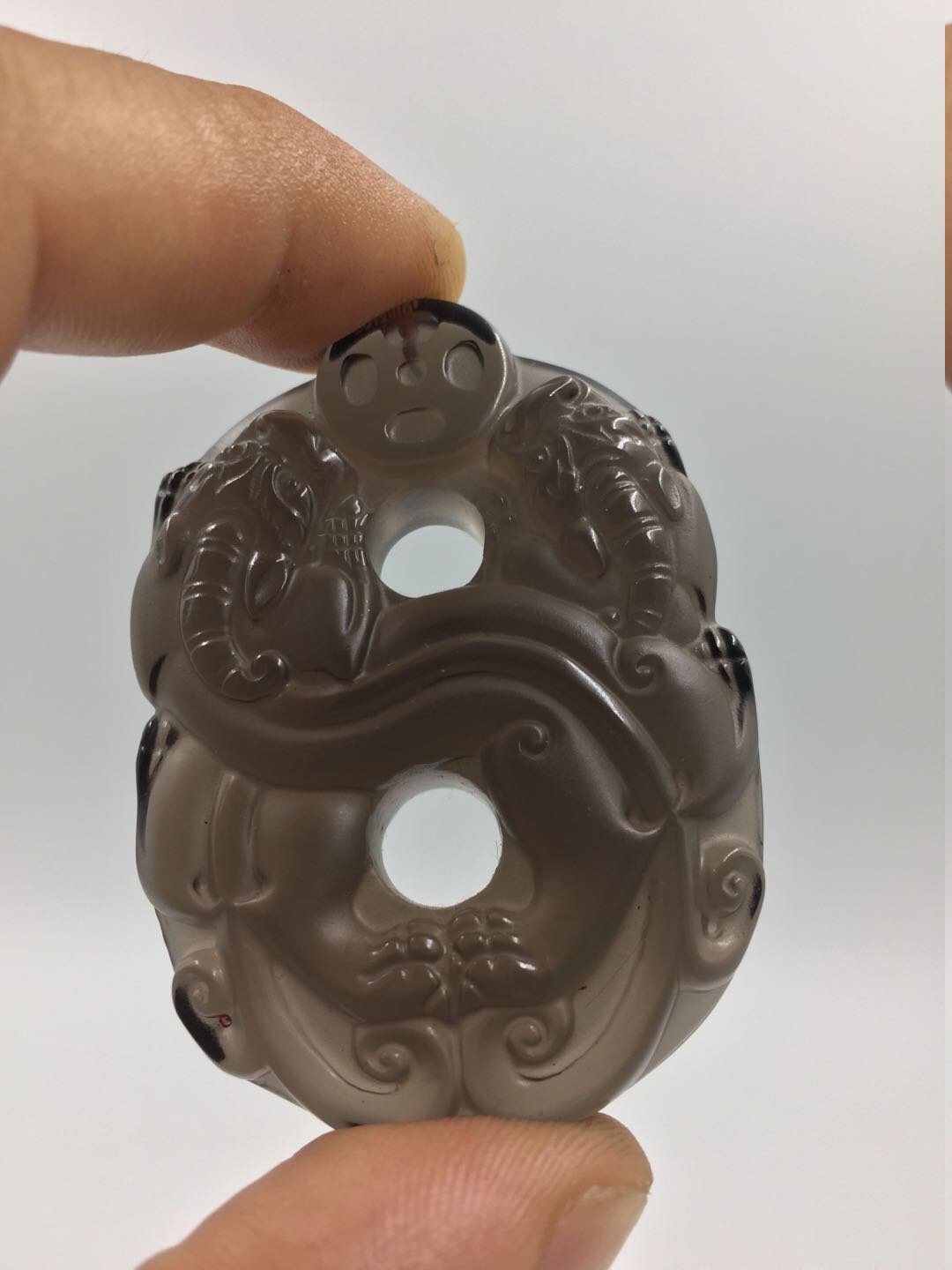 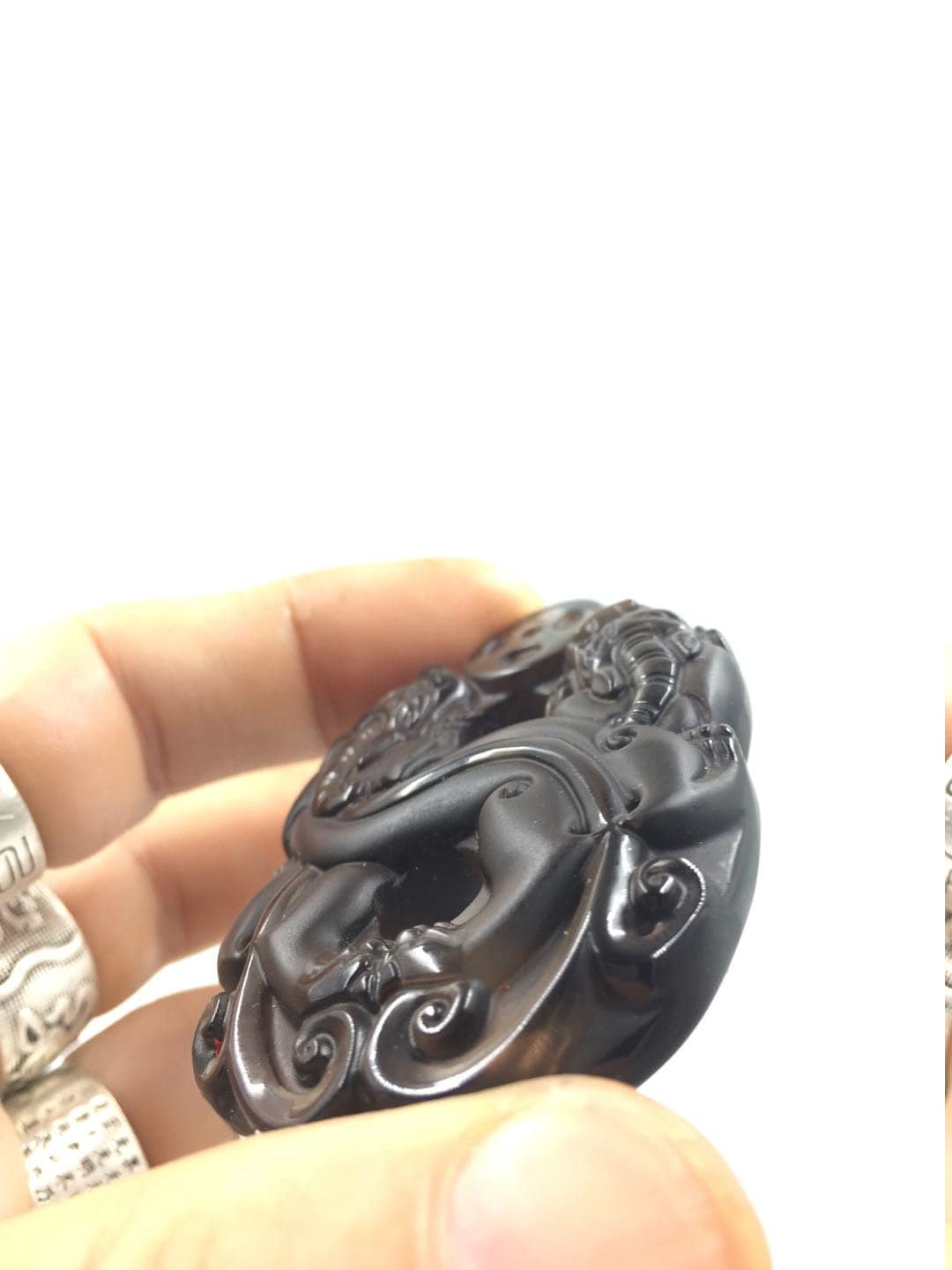 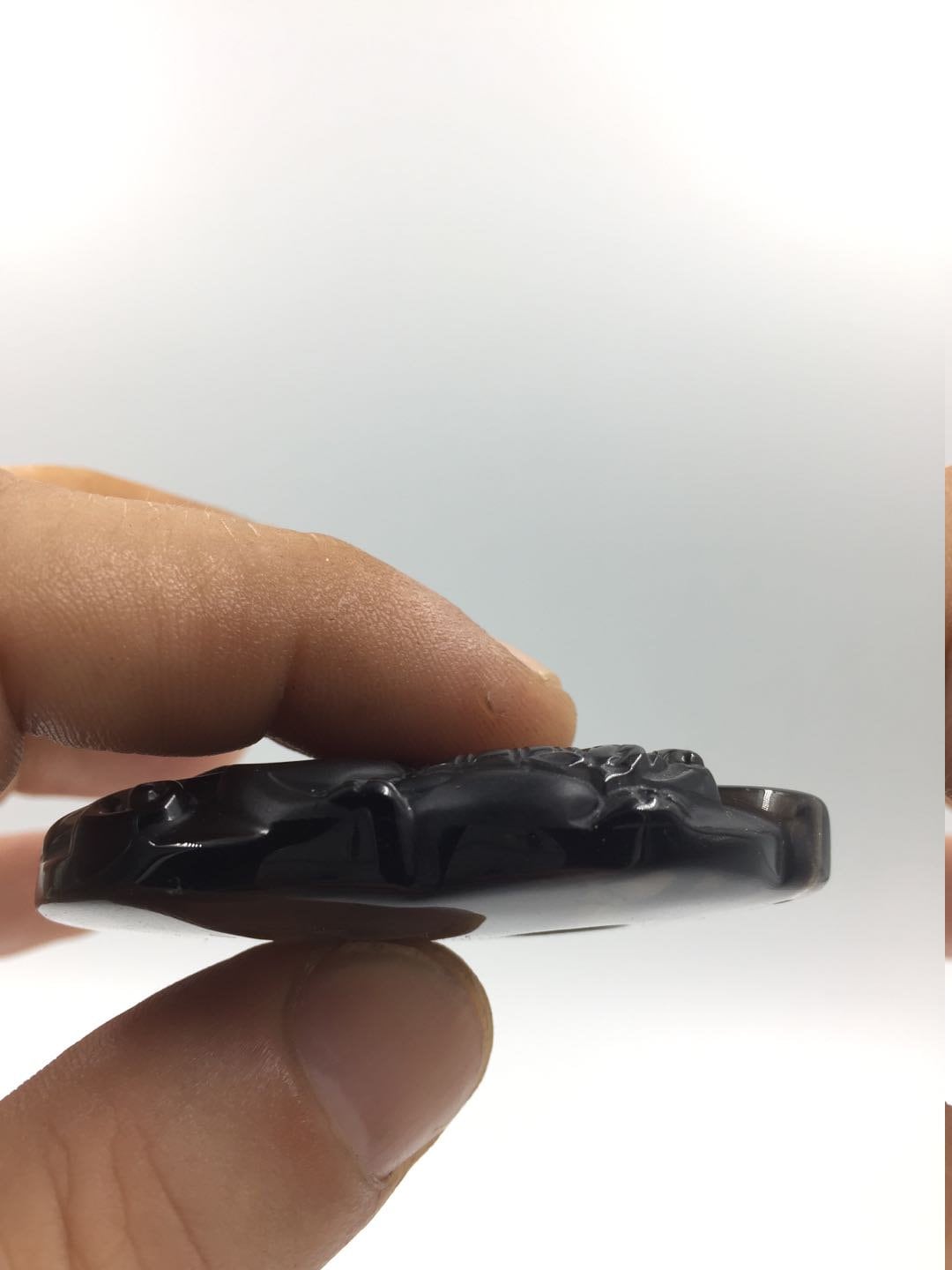 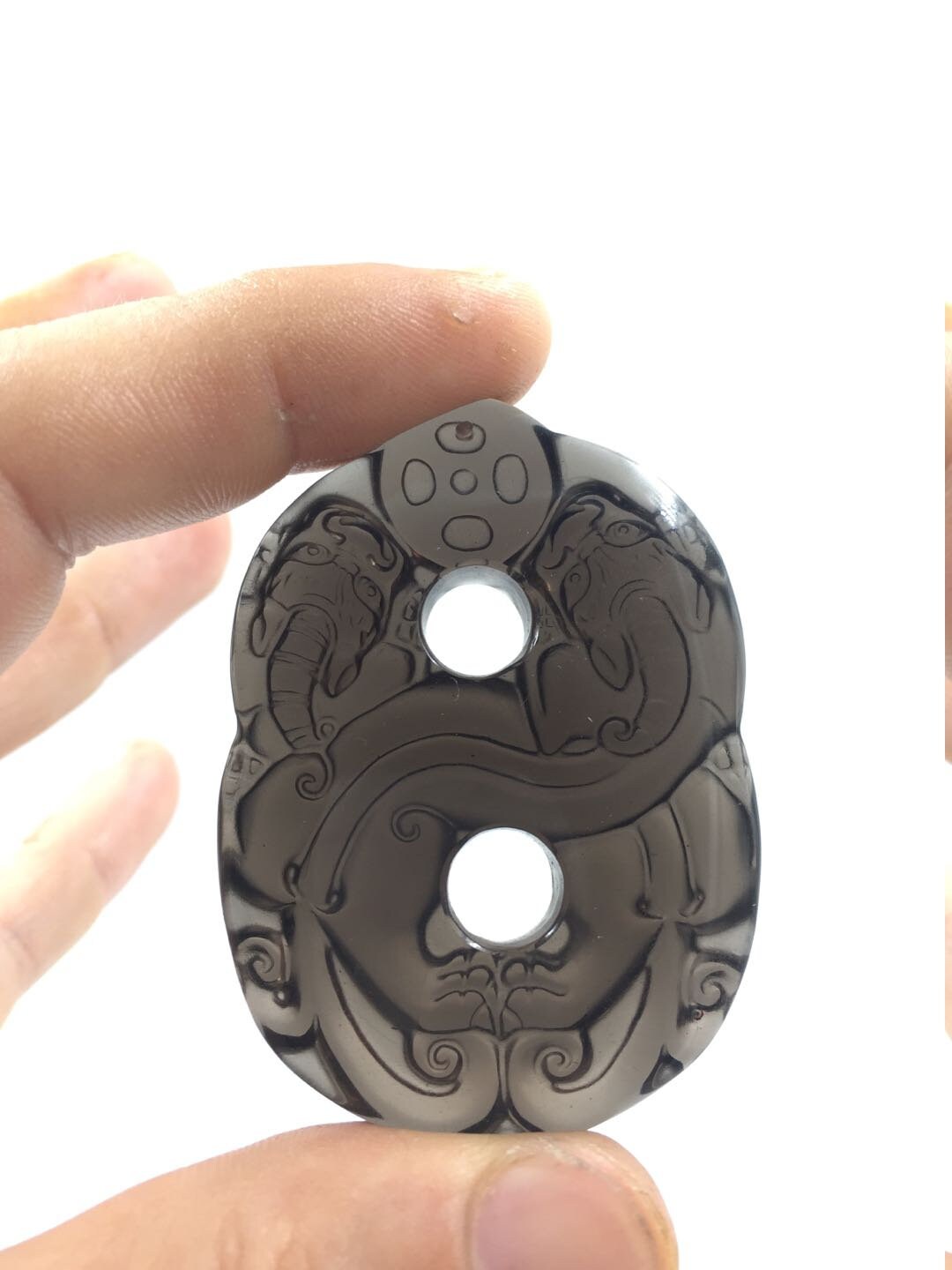 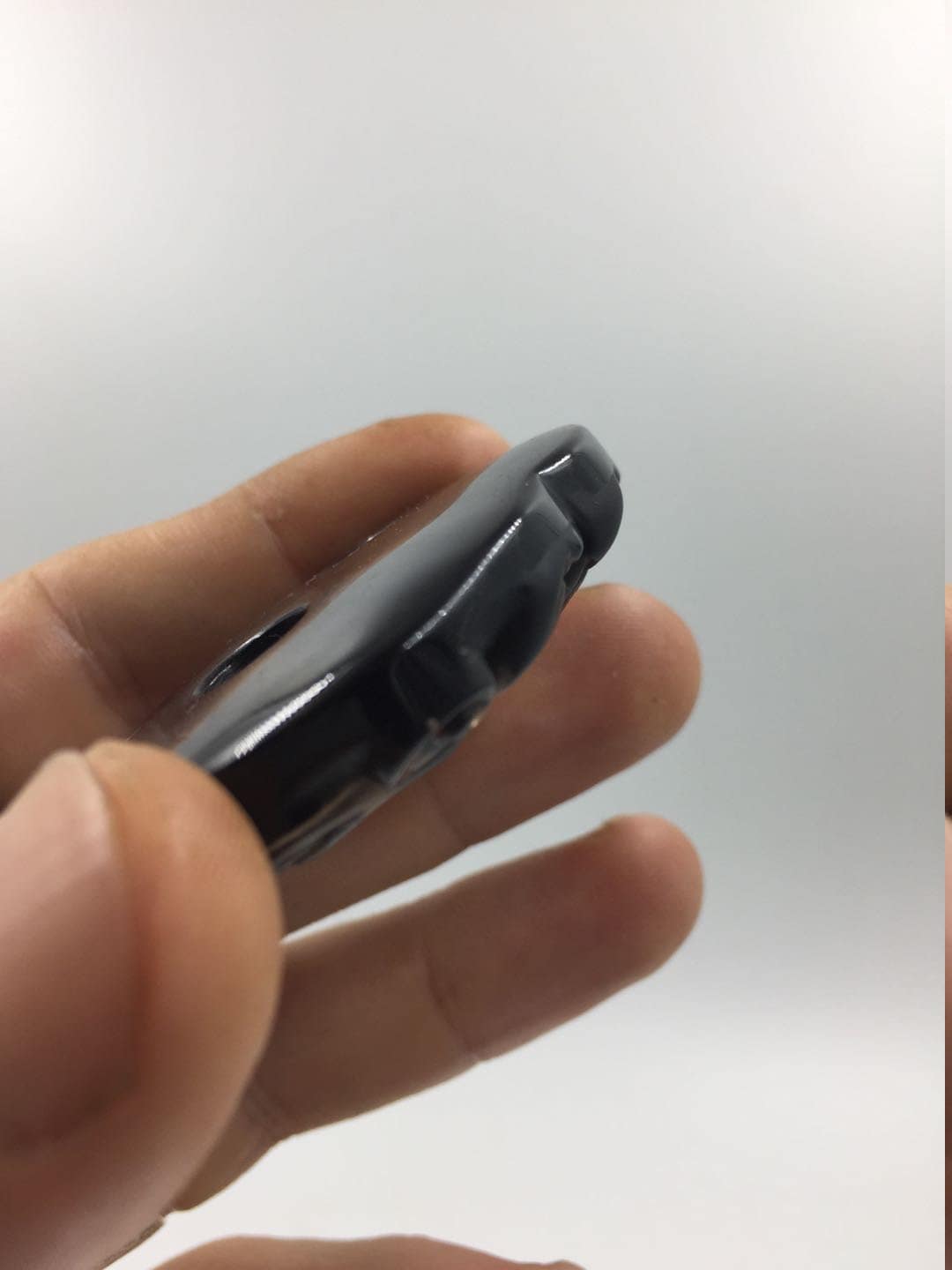 Before we go into the details of this piece, we would like to warn our readers against the many counterfeits of molded glass Obsidian. Since Obsidian is a natural volcanic vitrification, it is easy to forge this material. Only a detailed examination of the eye, the magnifying glass and the microscope allows to unravel the true of the false. As ice Obsidian is relatively rare, a very low price should alert the future purchaser. Extraction at the production sites, transport, size, trader, all at once. We scrupulously examine our Obsidian in order to guarantee its authenticity to our customers.
We are able to provide a certificate of Authenticity on demand.

-Obsidian is a natural glass, produced during a silica-rich lava emission containing very little water (-3%). At the time of its release from the volcano, it undergoes a very rapid cooling which freezes the mechanisms of crystallization. "It's like a piece of lava frozen on its way out of the volcano."

-It is a natural mineral material that has a composition that is too complex to be composed of a simple mineral. However, Obsidian consists mainly of SiO2 (silicon dioxide), usually 70% or more.

-Its fracture is clearly conchoidal and its hardness on the Mohs scale is between 7 and 7.5 (it radiates the glass).

-Black is the most common color of Obsidian. However, it can also be brown or green. Rarely, Obsidian can be blue, red, orange or yellow.

-The color difference appears due to changes in impurities and in the oxidation state of the chemical elements.

-It is a stone of dark color, due to its richness in magnesium and iron. The surface of this gemstone is made up of beautiful patterns in the form of streaks, patches, stains, inclusions or stripes of color. These various modes are created in a natural way at the time of the formation of the stone.

-Sometimes two colors of Obsidian blend together in a single specimen. The most common color combination is black and Brown called "mahogany Obsidian".

-Obsidian can also have an iridescent or metallic appearance caused by the light reflection of tiny inclusions of mineral crystals, rocky debris or gas. These specimens are highly coveted for the manufacture of jewellery.

Celestial guardian, responsible for preventing the intrusion of demons and evil spirits, Pixiu (or PI Yao) fiercely protects his master. considered to be one of the nine sons of the Dragon, it is often used as a protective amulet. The PI Xiu is of noble extraction, it feeds on precious stones and metal which confer a certain nobility of character. The animal is short on paws and a little ventru. For having relieved himself in the gardens of the Jade Emperor, he was punished by the latter, who from a badly placed kick sealed his anus. And since then tints in the belly of the wonderful Monster all the gold, all the money and all the jewels that he swallows with good appetite. He acquired in the eyes of men a new virtue: that of attracting good fortune. It is very often seen to protect houses, temples and all major declines.
With the Kirin and the lion, Pixiu is part of the trilogy of great protective animals.