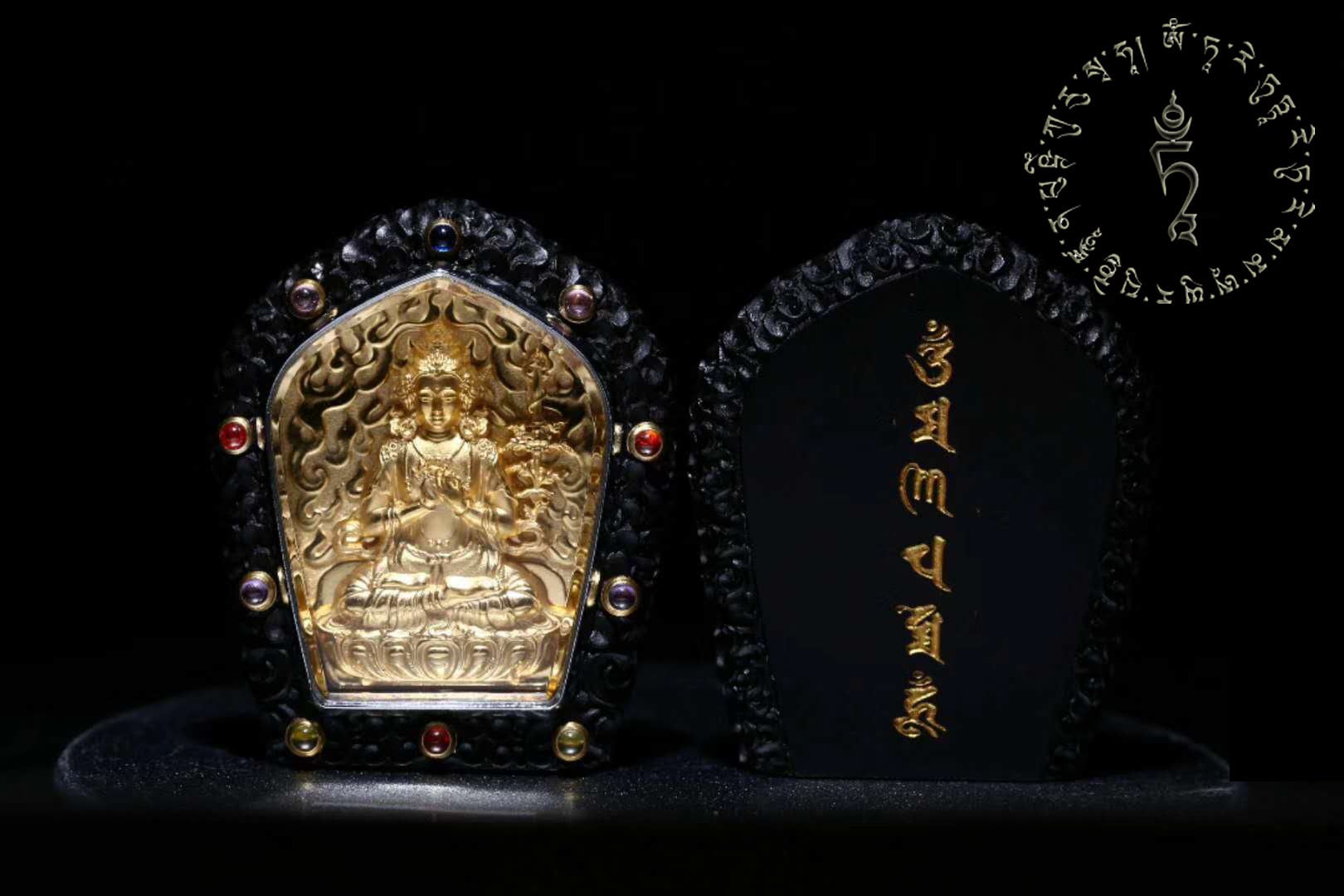 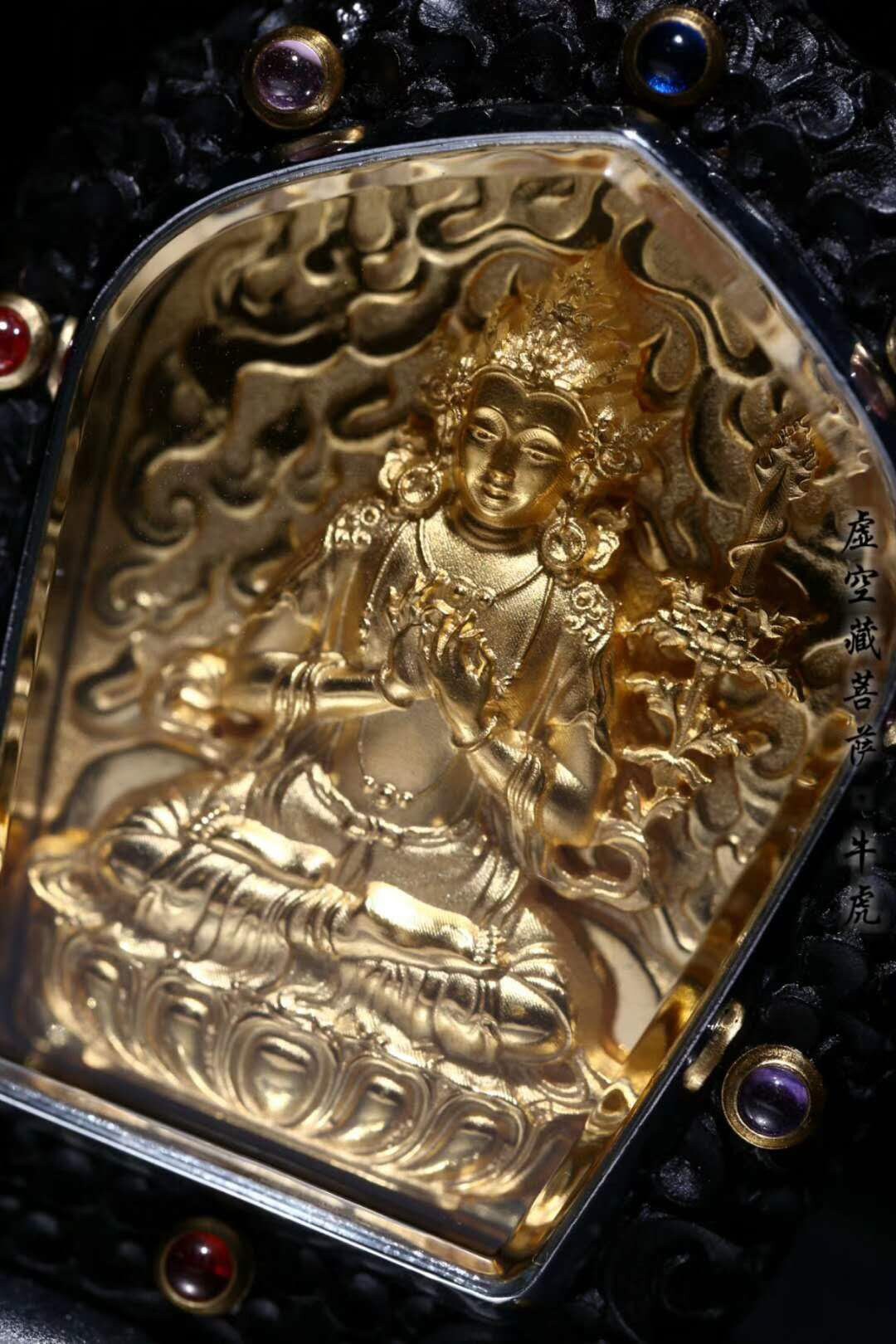 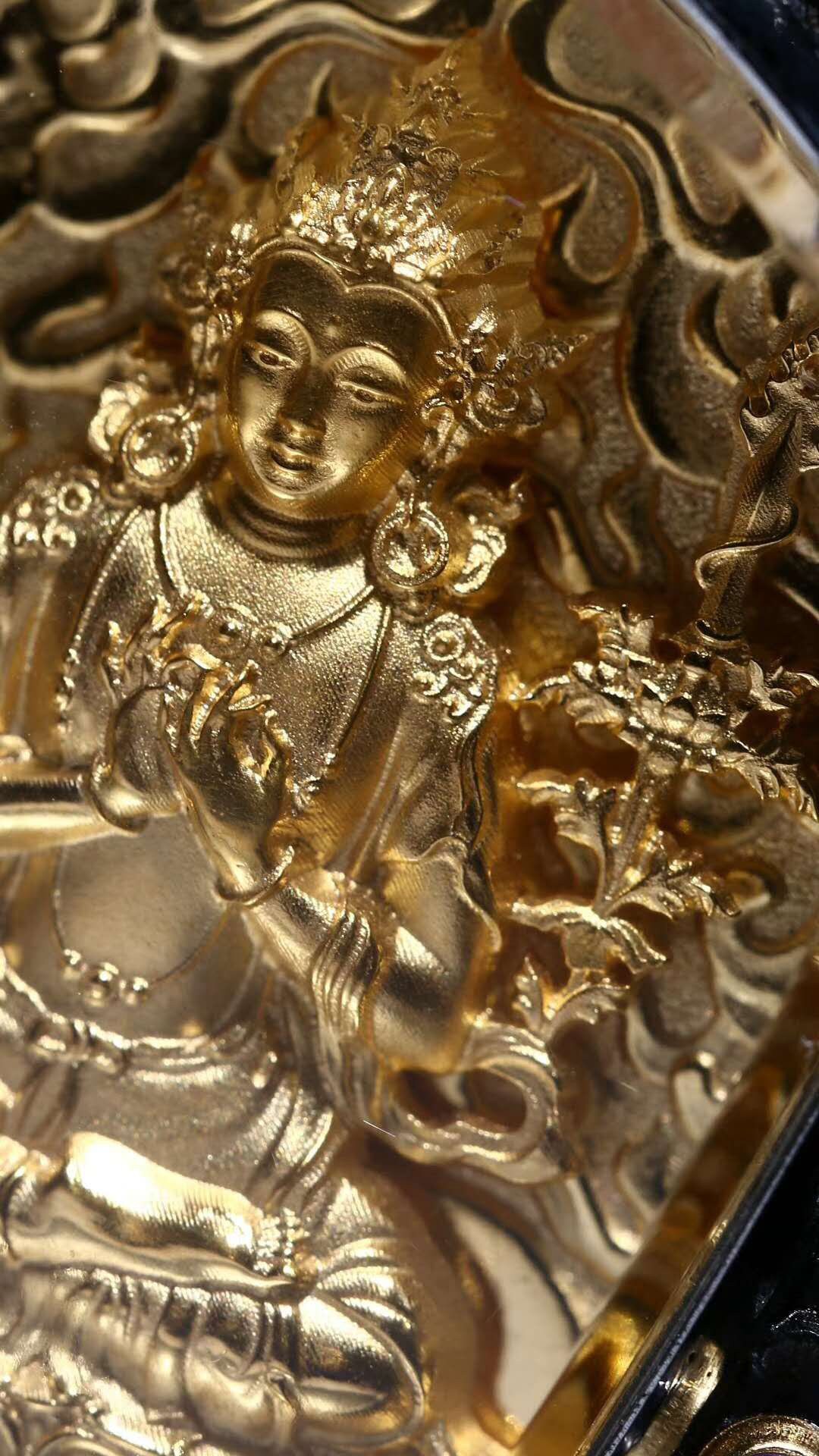 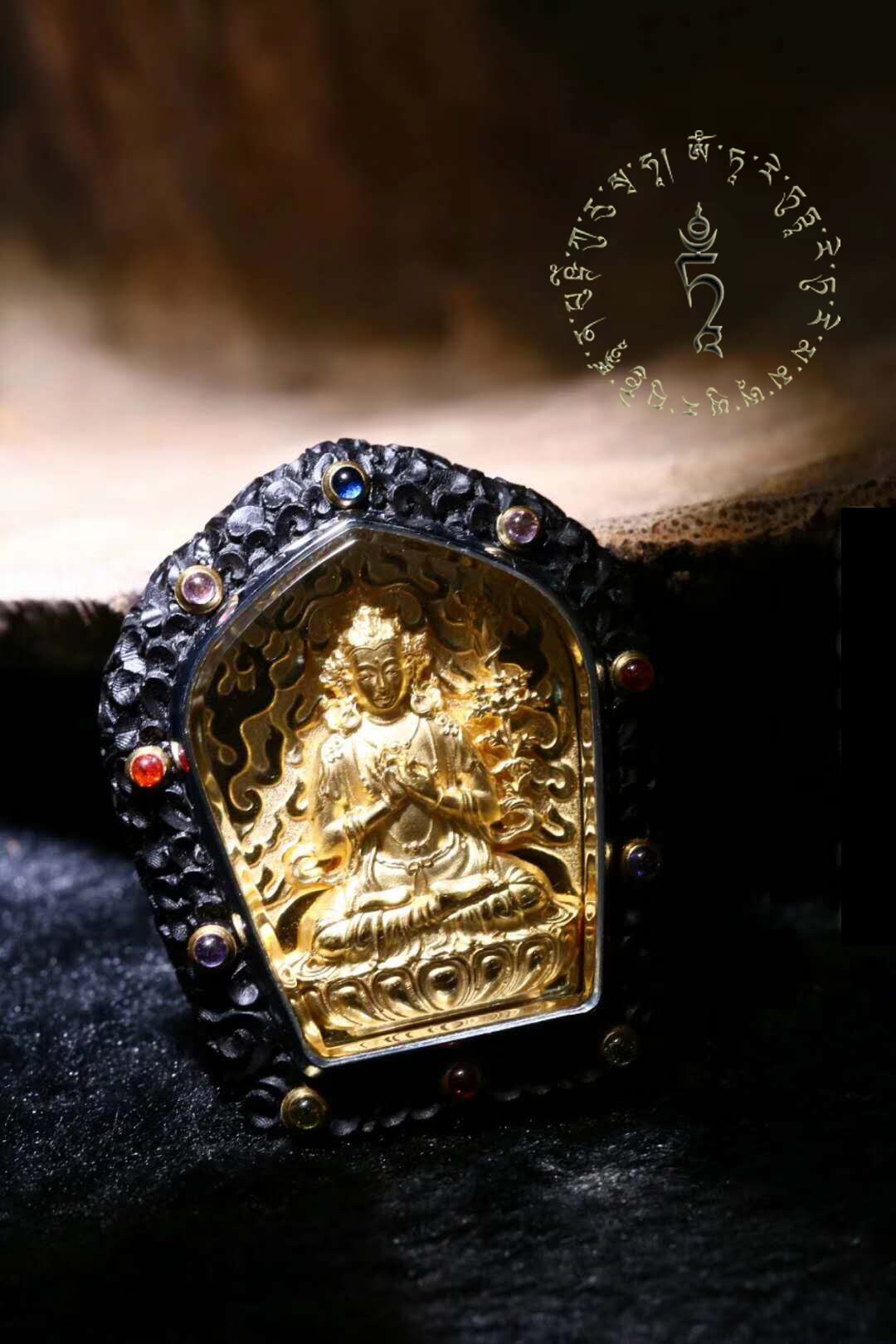 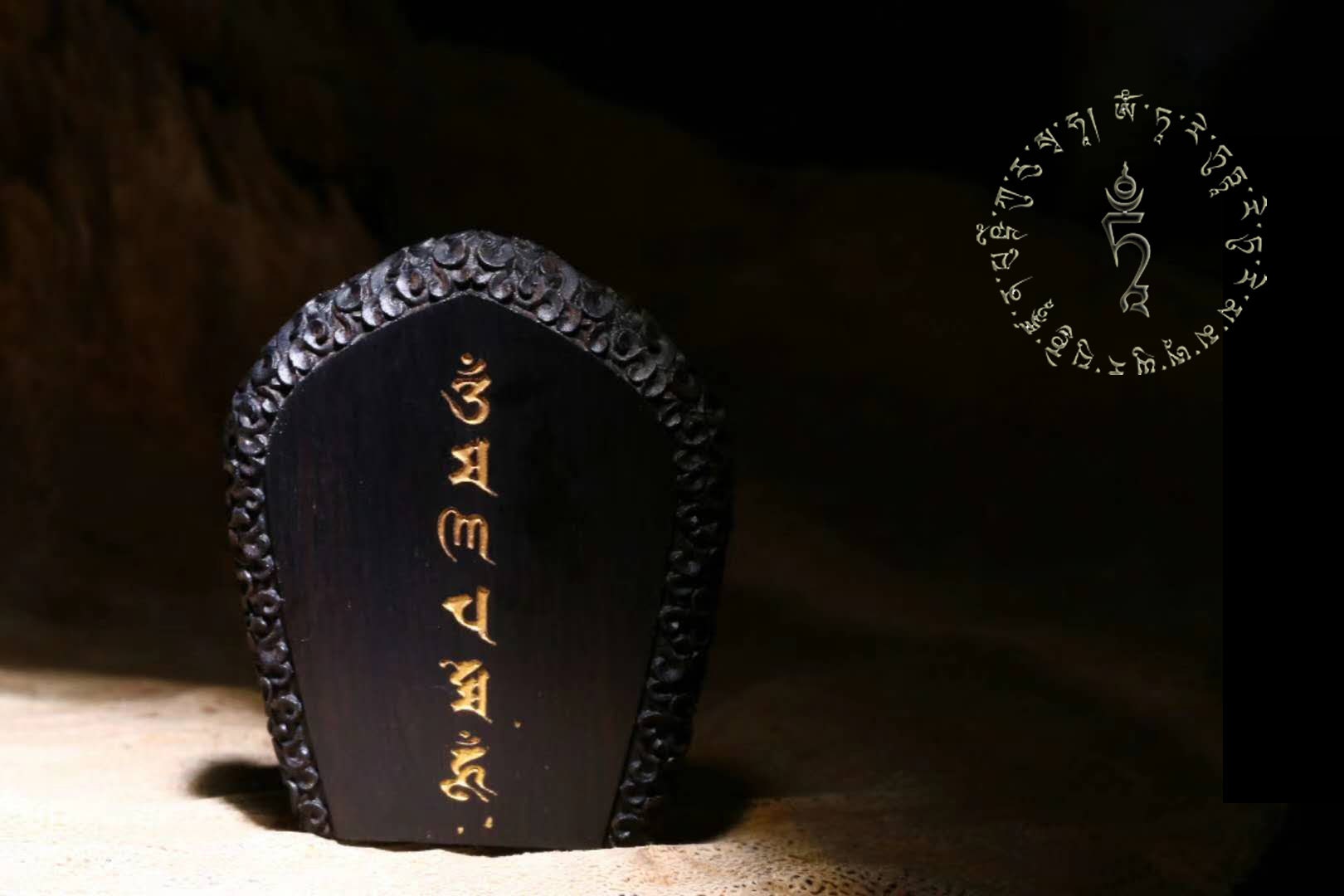 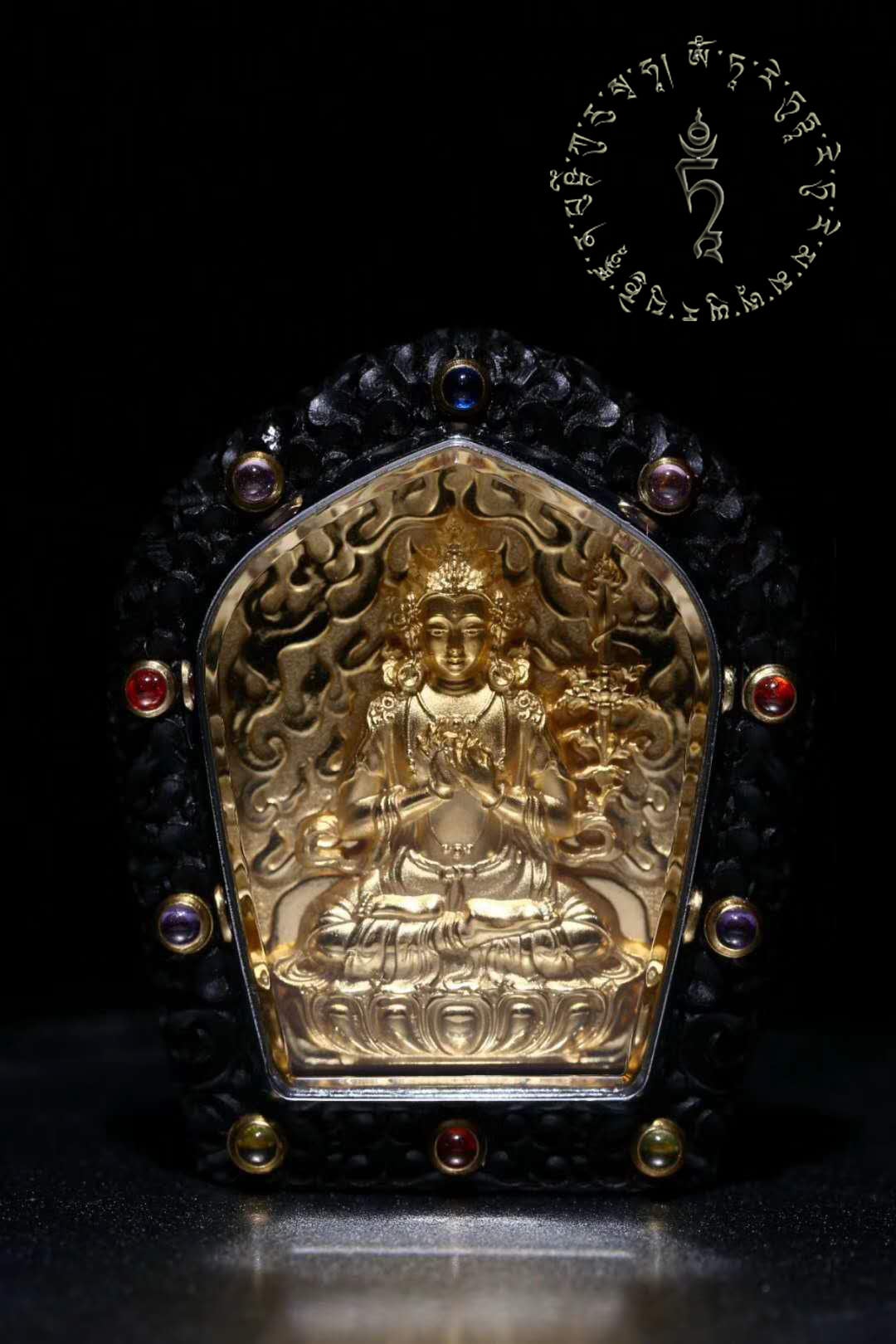 Akashagarbha Tibetan Protection Amulet, Red Sandal, Silver 925 Gold Plated 18K, Set Gems
All around the pendant are set in wood, sapphires, rubies, spinels and amethysts
On the back of the pendant is engraved the mantra "Om mani padme Hum!"