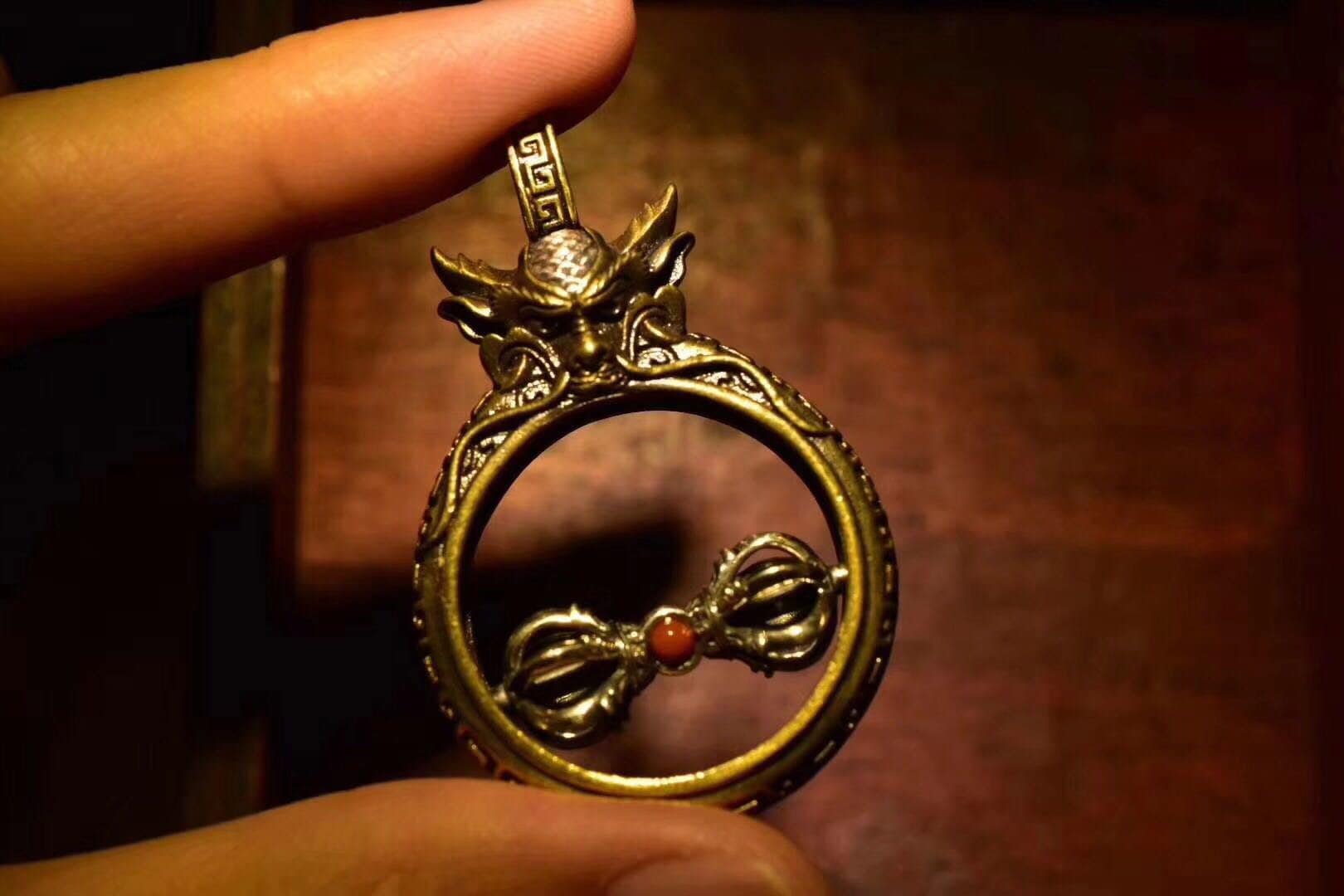 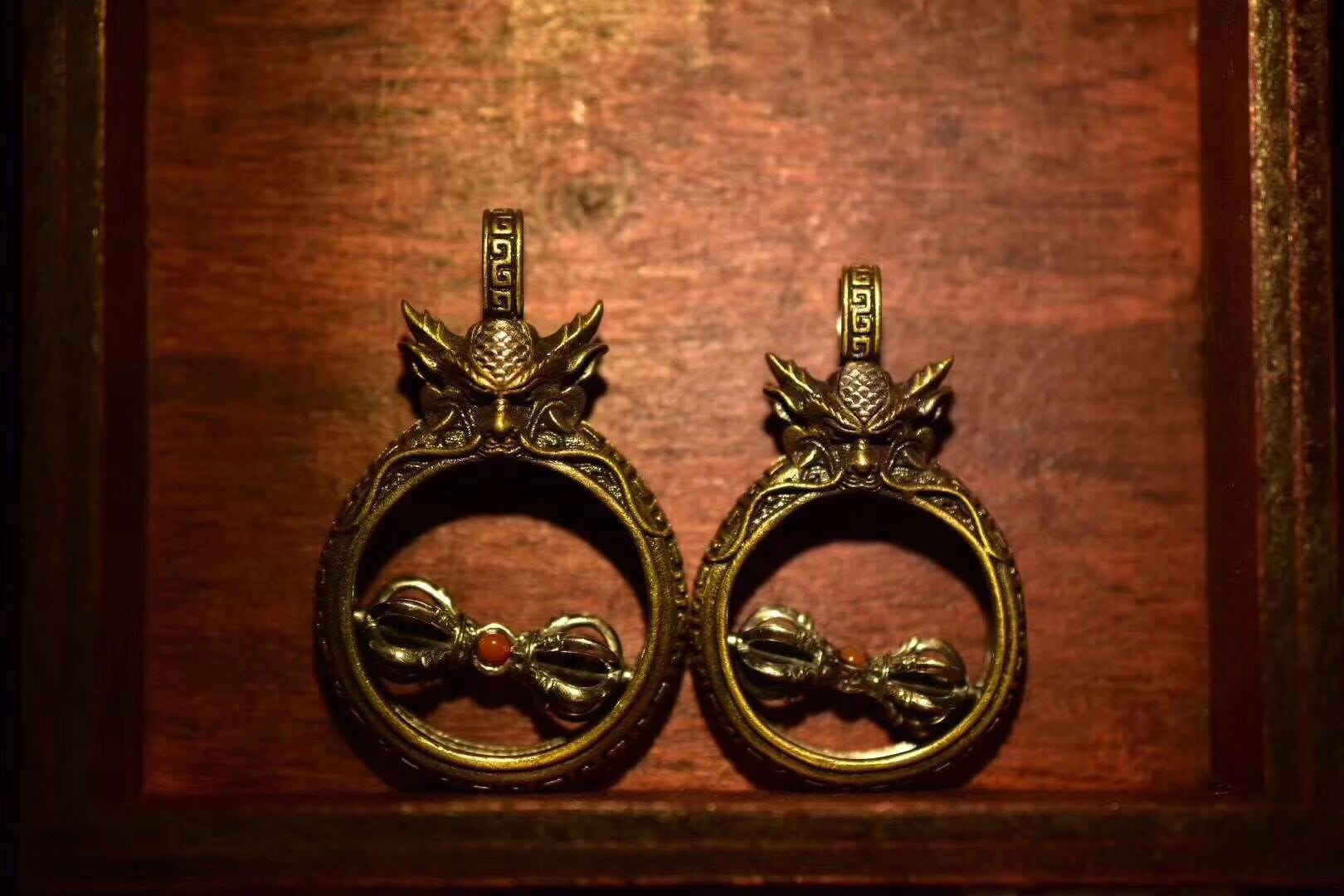 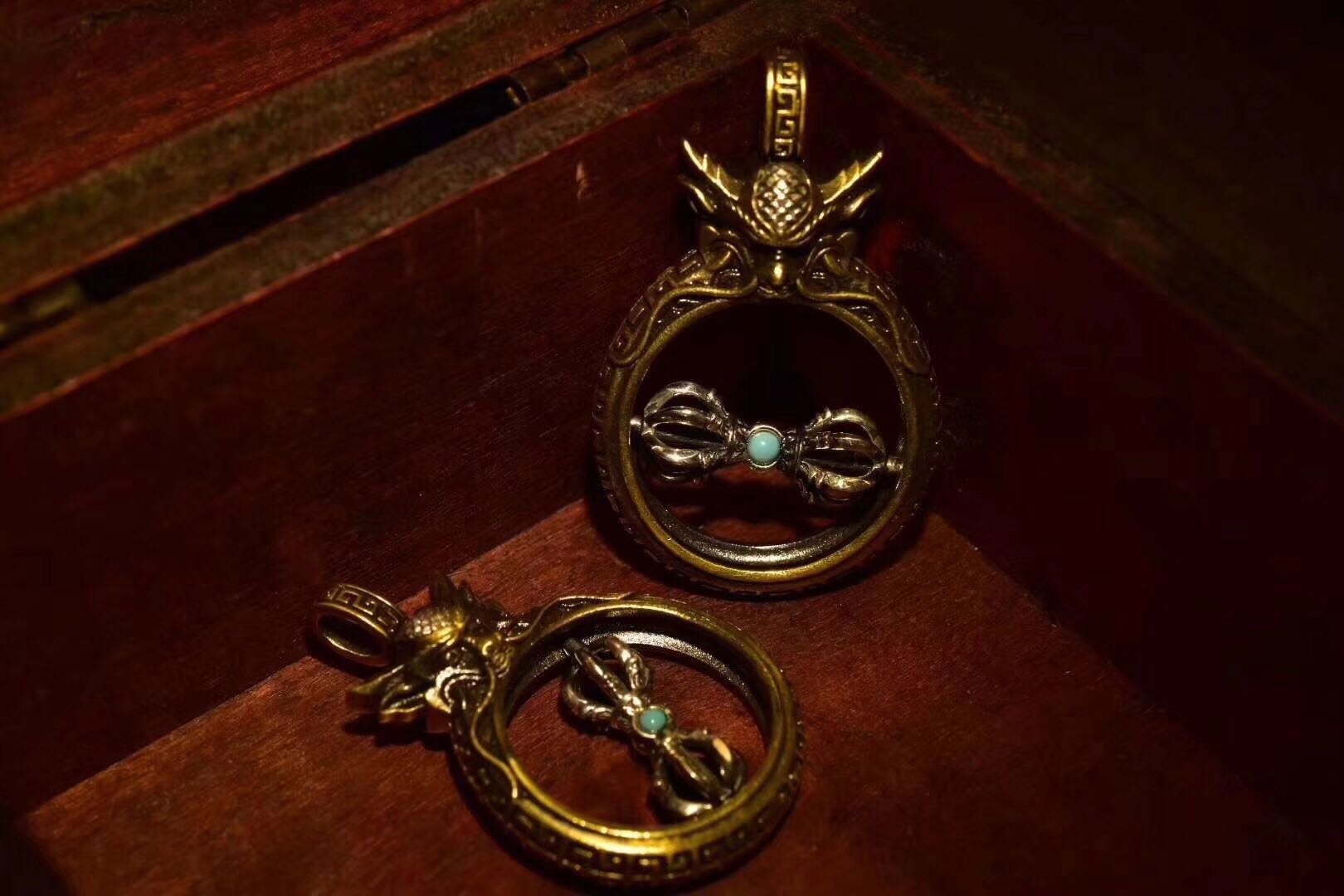 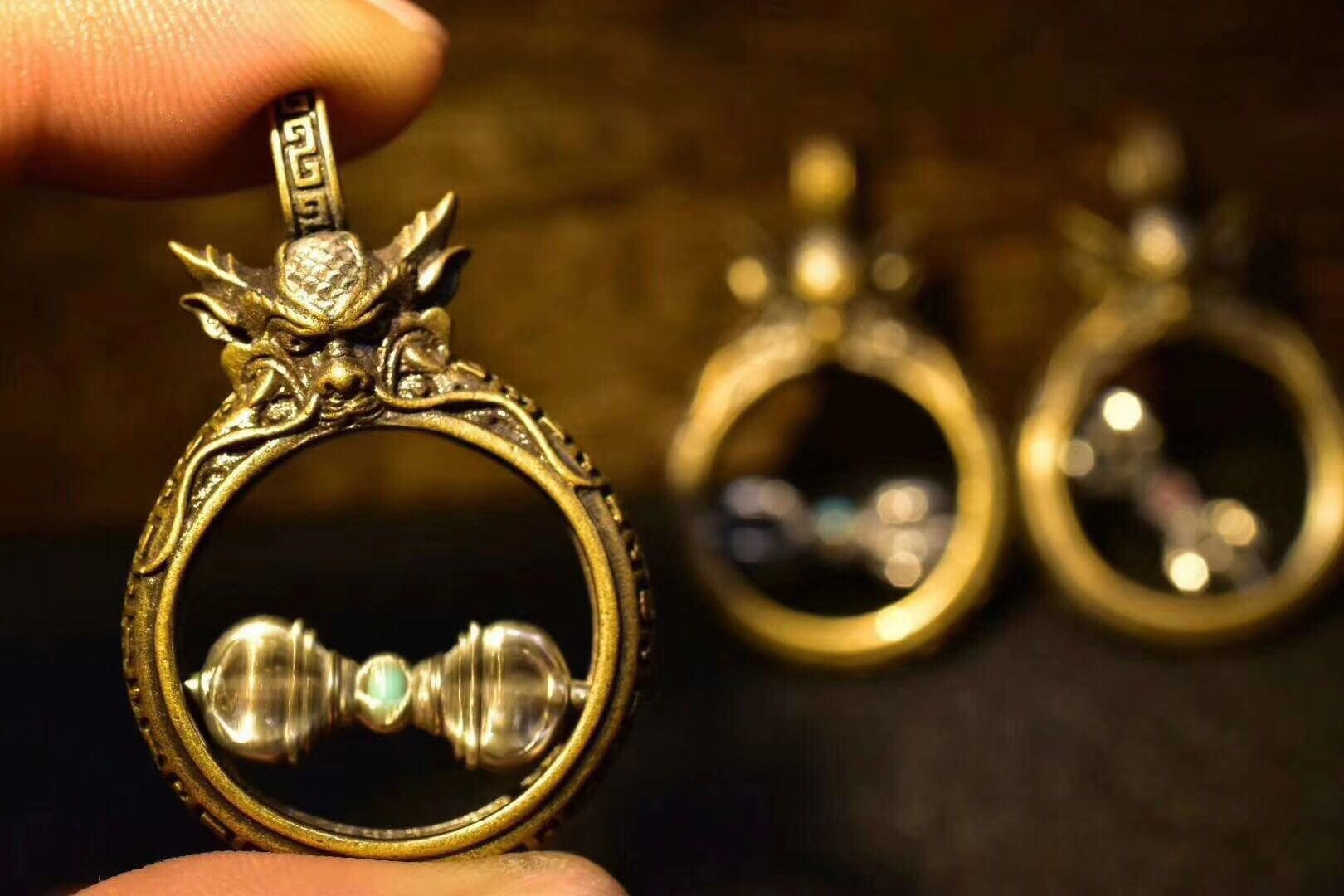 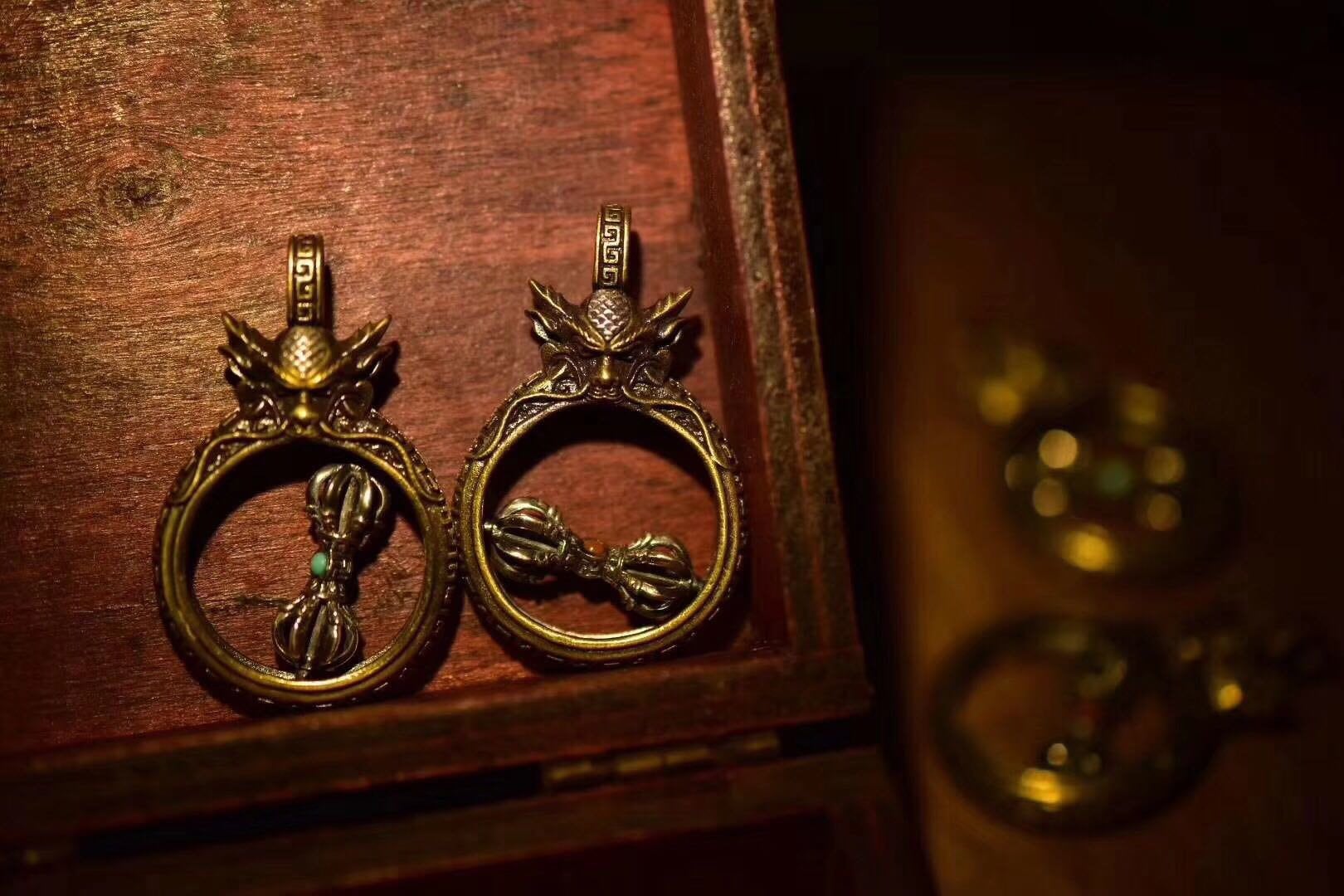 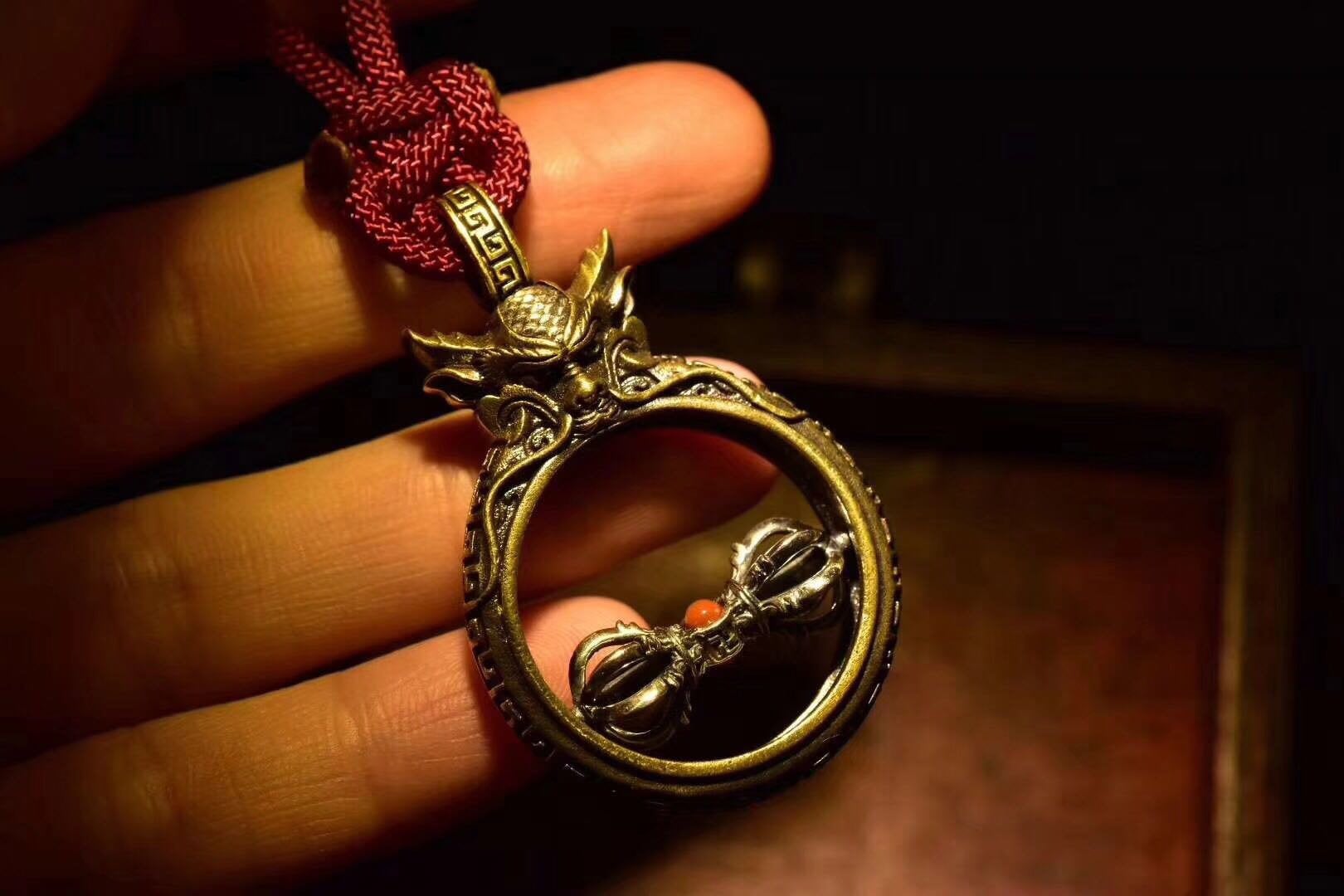 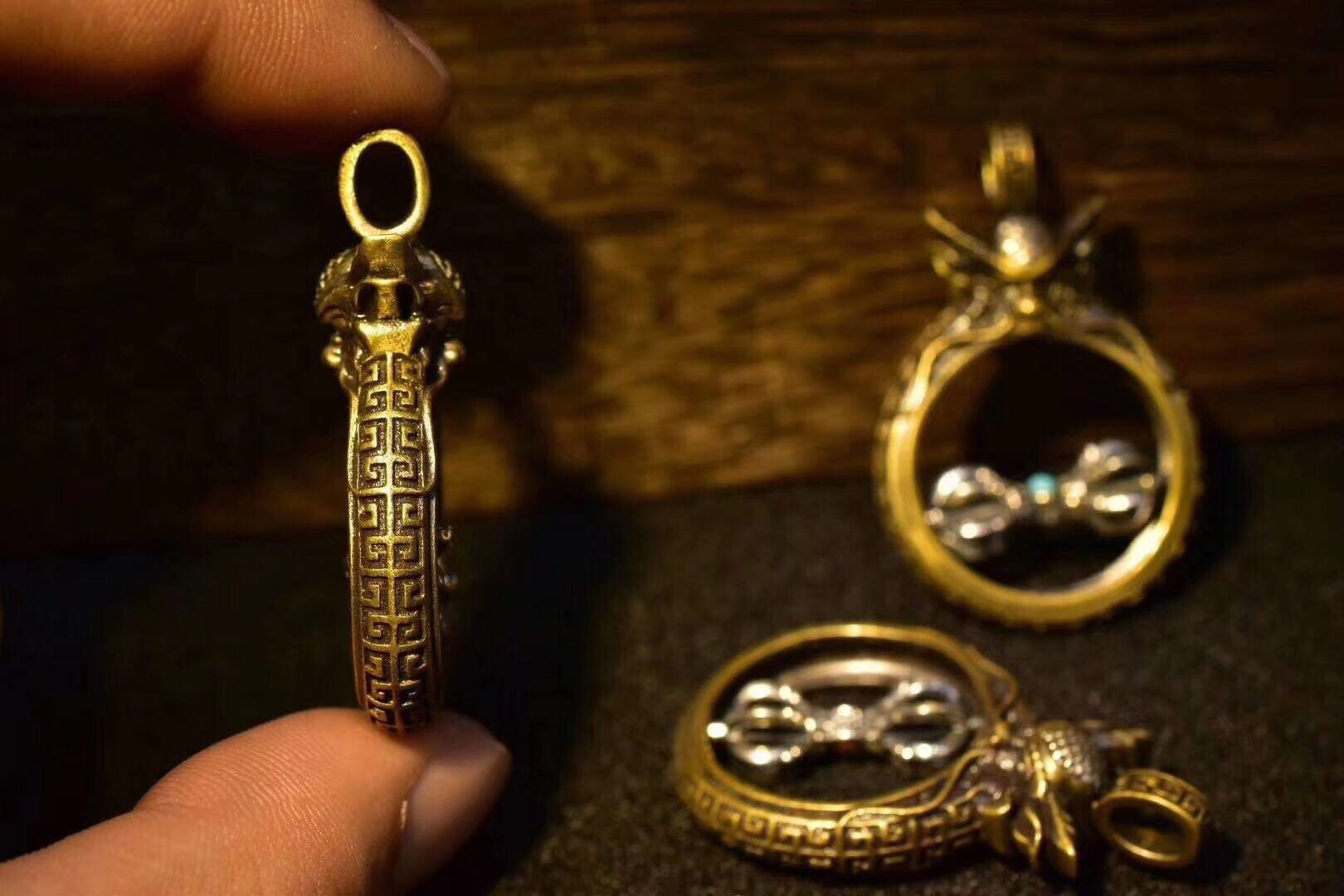 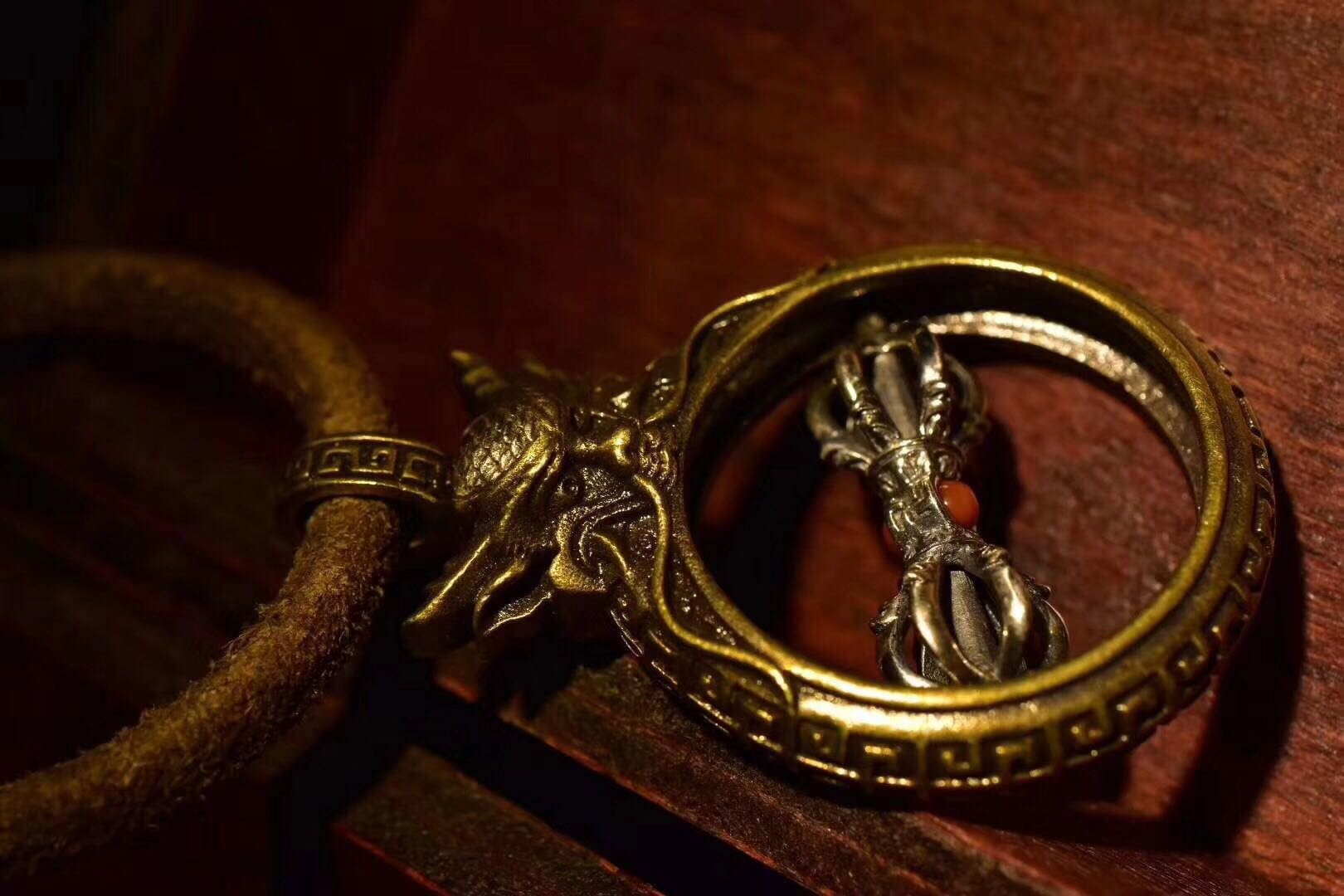 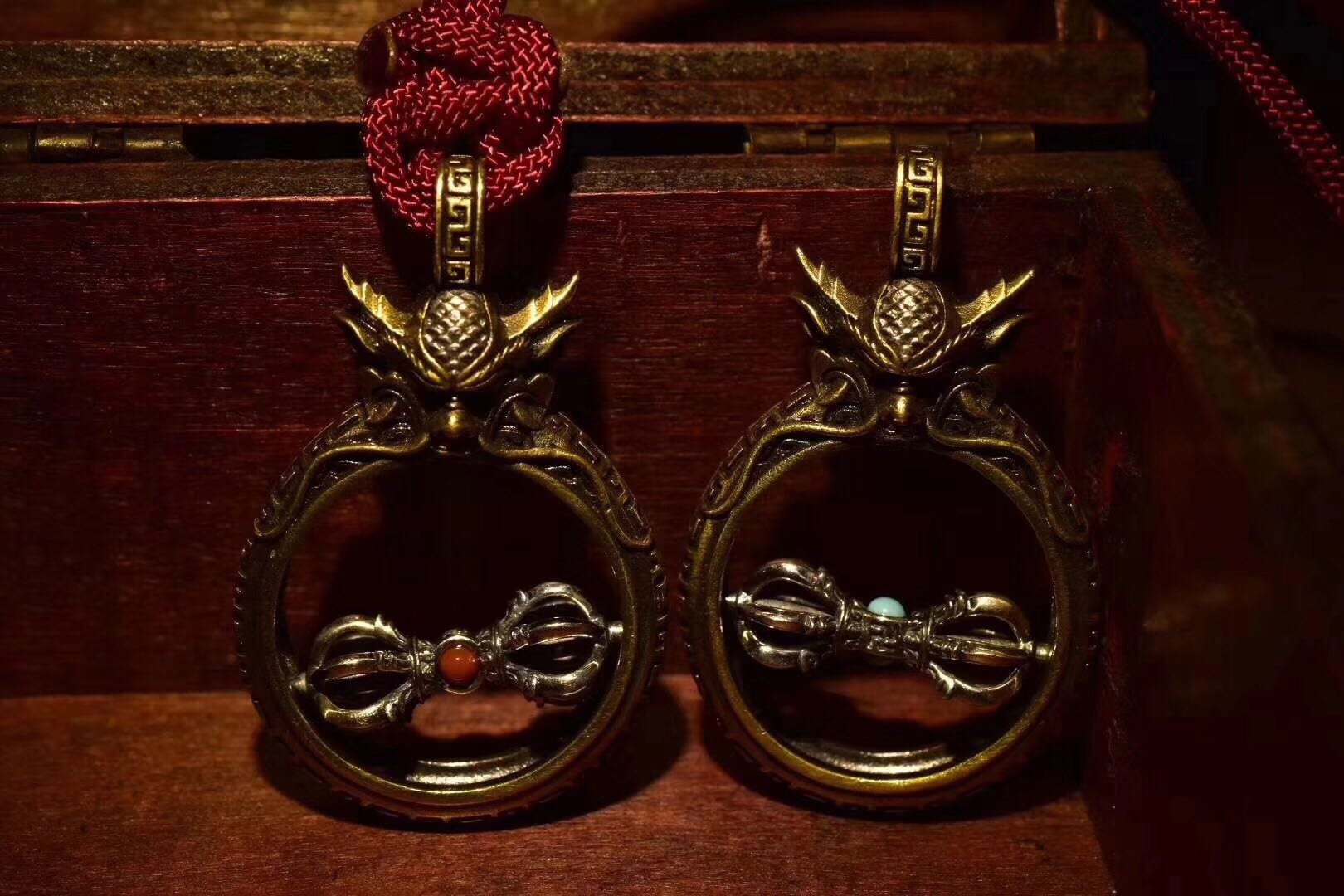 Vajra is a ritual instrument of Buddhism.
According to the dictionary of Buddhist terms, it symbolizes "an indomitable determination to attain Enlightenment that can destroy all illusions."
A Vajra can have nine, five or three rays. The rays of a peaceful Vajra meet at their end while those of a wrathful Vajra are slightly flared at the end.
The ends composed of five-branched rays symbolize the five wisdoms. The opposite branches meet in a central grain (bindu) that represents both the germ of the mind and the heart of the universe.
The vajra carries a masculine symbolism. It is associated in rituals with the bell, of feminine symbolism.

In the beginning, there was only the darkness and emptiness that is the Void. A gentle wind rose from the four directions which, over time, filled the Void. He began to gain strength until, after eons had passed, the wind merged into a substance so dense, so heavy, so strong, so immutable that it became Dorje Gyatram, the vajra cross that is the basis of the physical universe.
The double dorje (visvavajra) is also associated with Amogasiddhi (Tibetan: Donyo drupa), which is the buddha of the Karma family whose name means the incorruptible. Its activity transmutes the klesha or imperfection of jealousy. Because of its subtle activity it decreases attachment.
He is green in colour, his left hand rests on his knee in the mudra (symbolic position of the hand) of equanimity, and his right hand, at the chest, palm facing outwards in the position of "blessing" or "absence of fear". His paredre is Damtsig Dolma, Tara the Green.
Vishvavajra, (vishwa or wishva is the Sanskrit word for the world with the connotation of "the universe as we experience it", and means double dorje or cross dorje. It represents the stability or foundation of the physical world. It is a mark often used as a seal or punch and can be found printed or incised on the base of a statue that protects and preserves prayers/relics within it. It is also the emblem of certain Buddhist deities whose influence encourages unwavering determination.