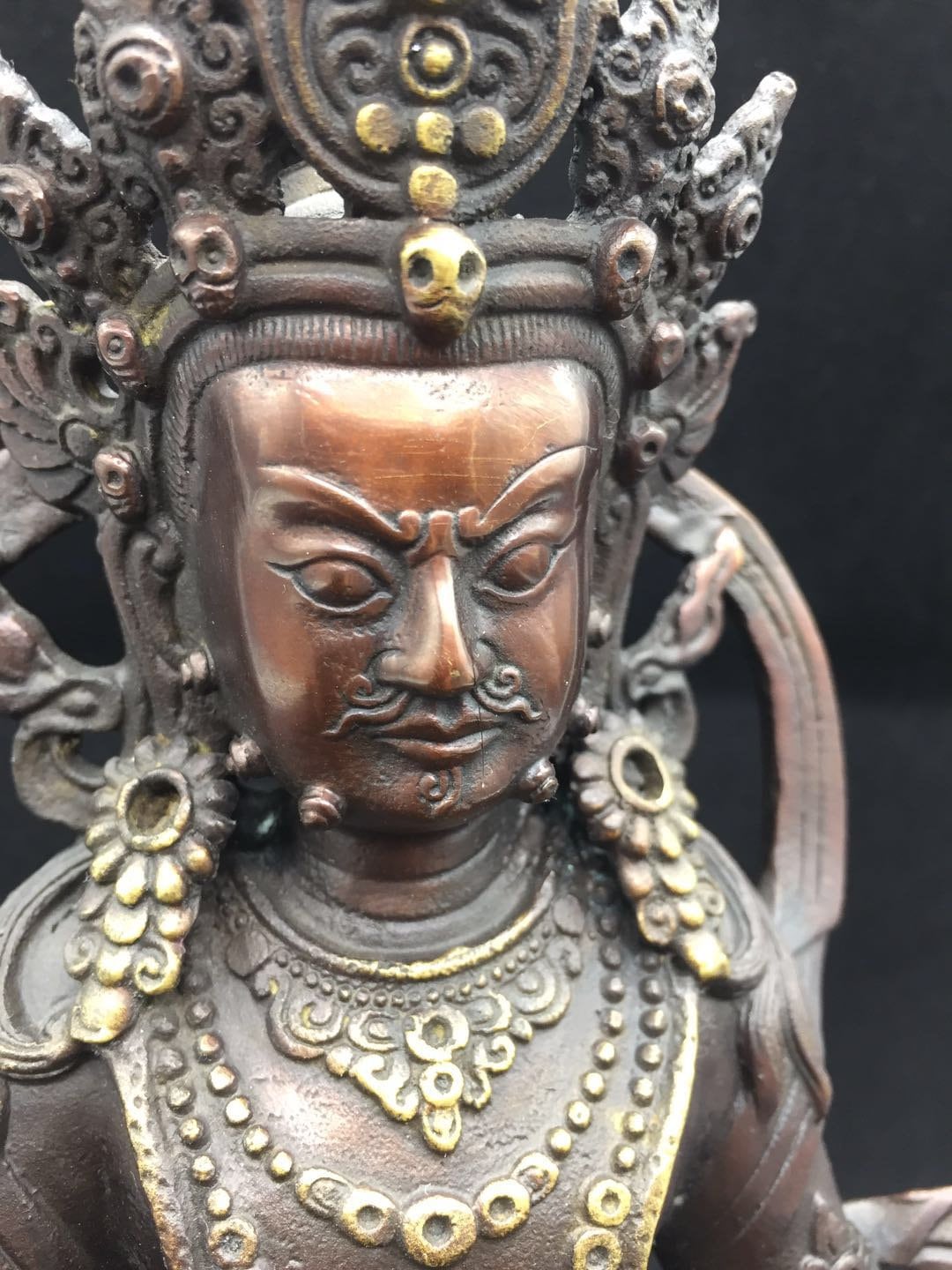 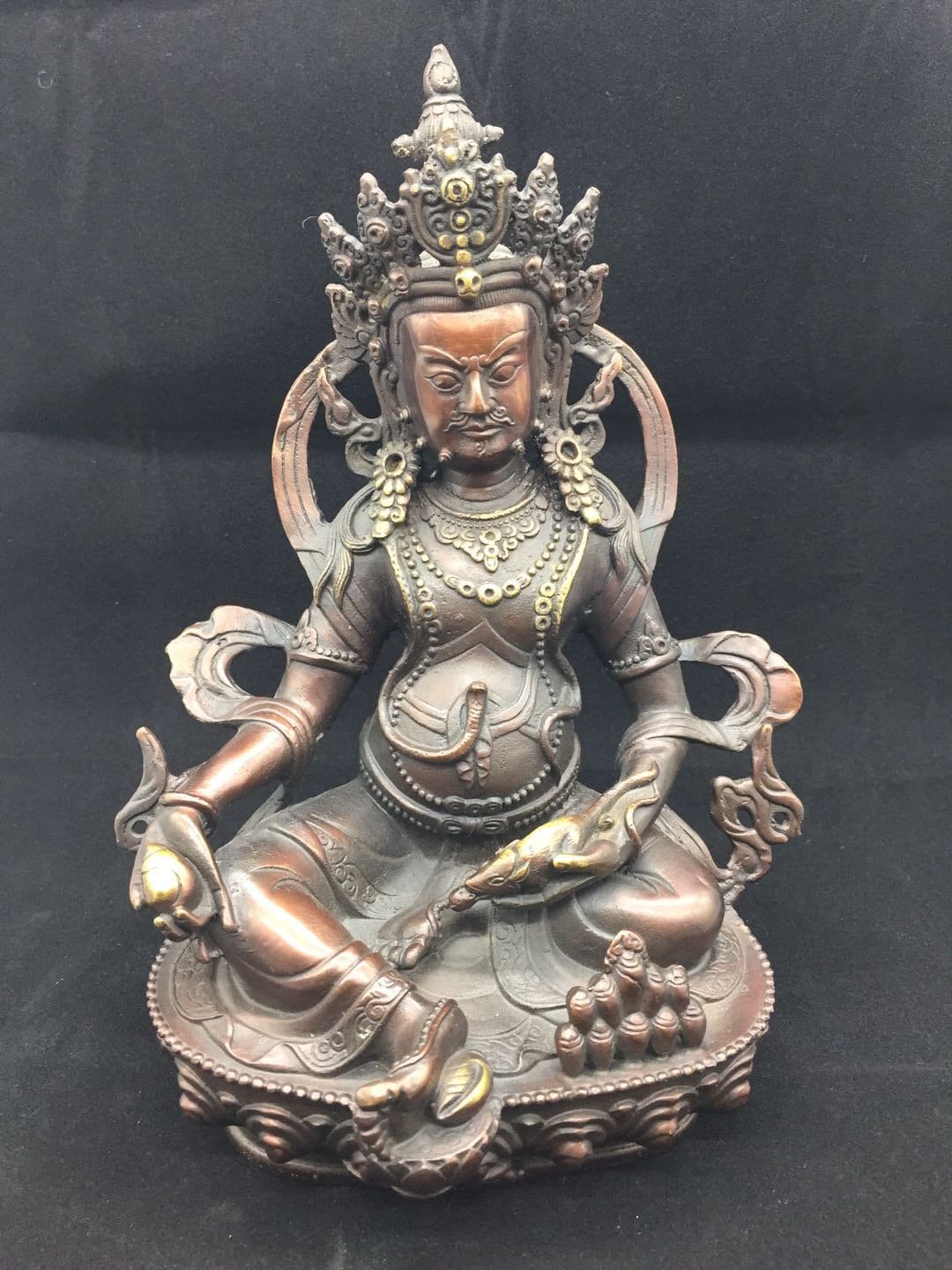 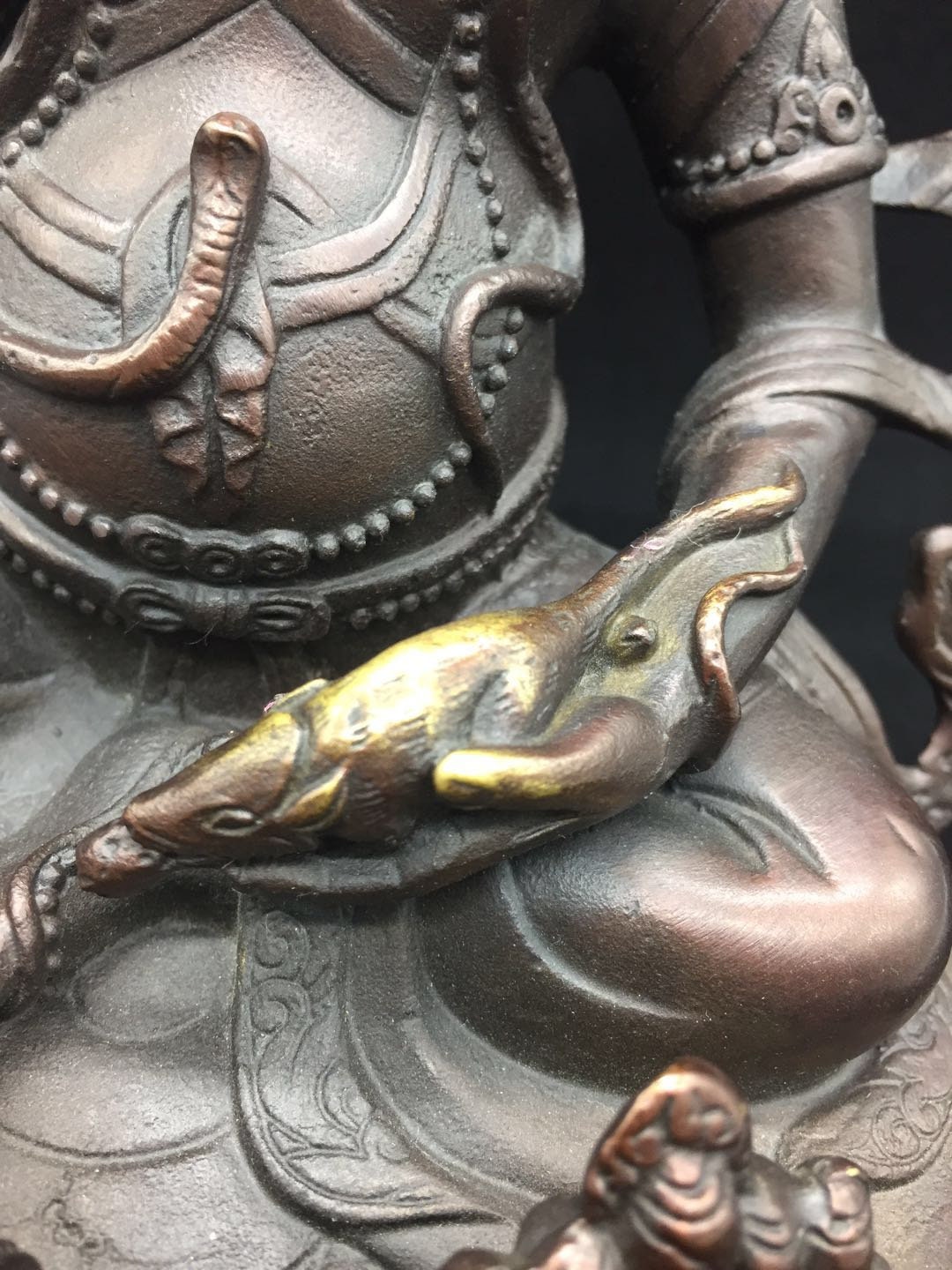 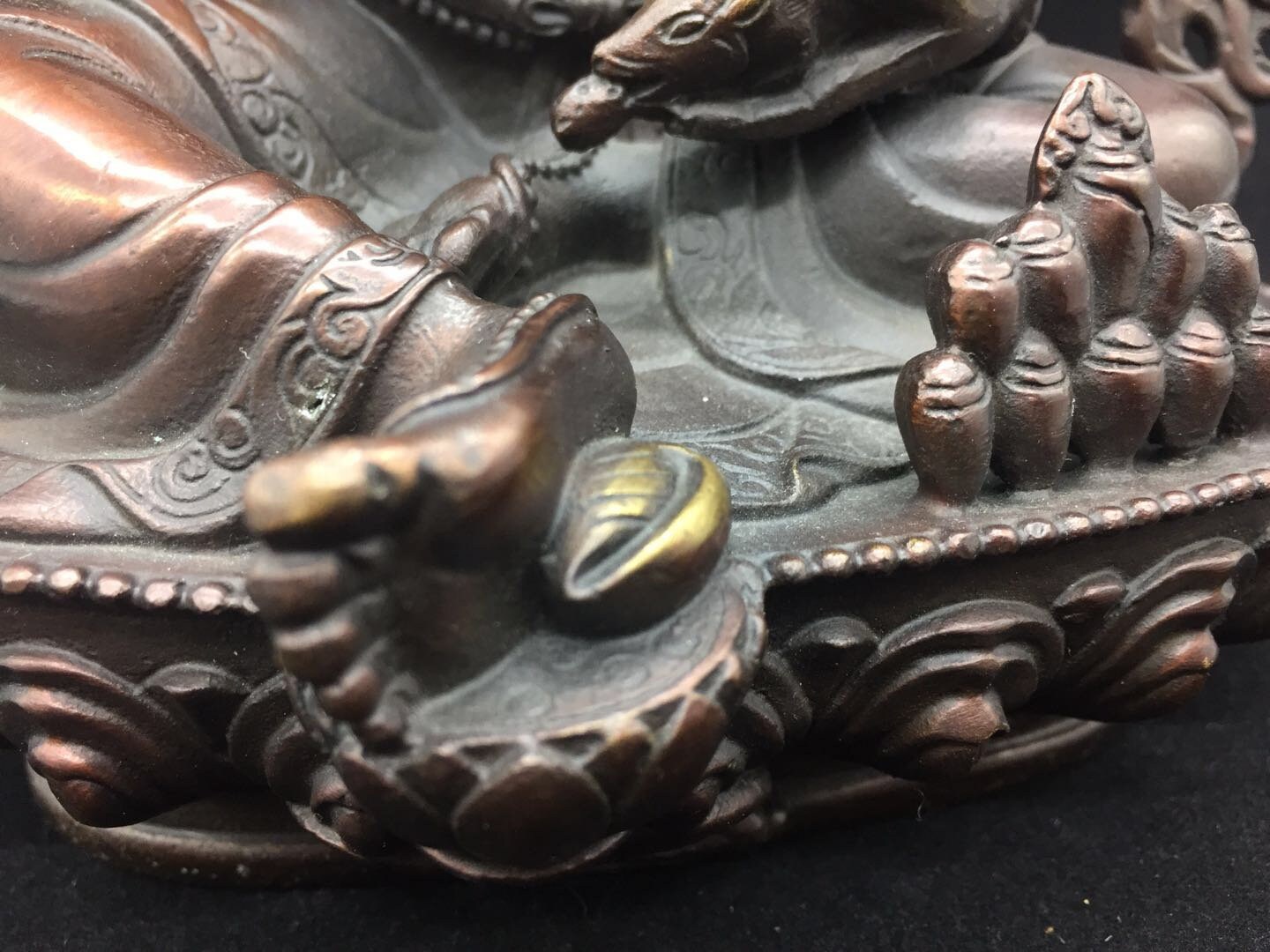 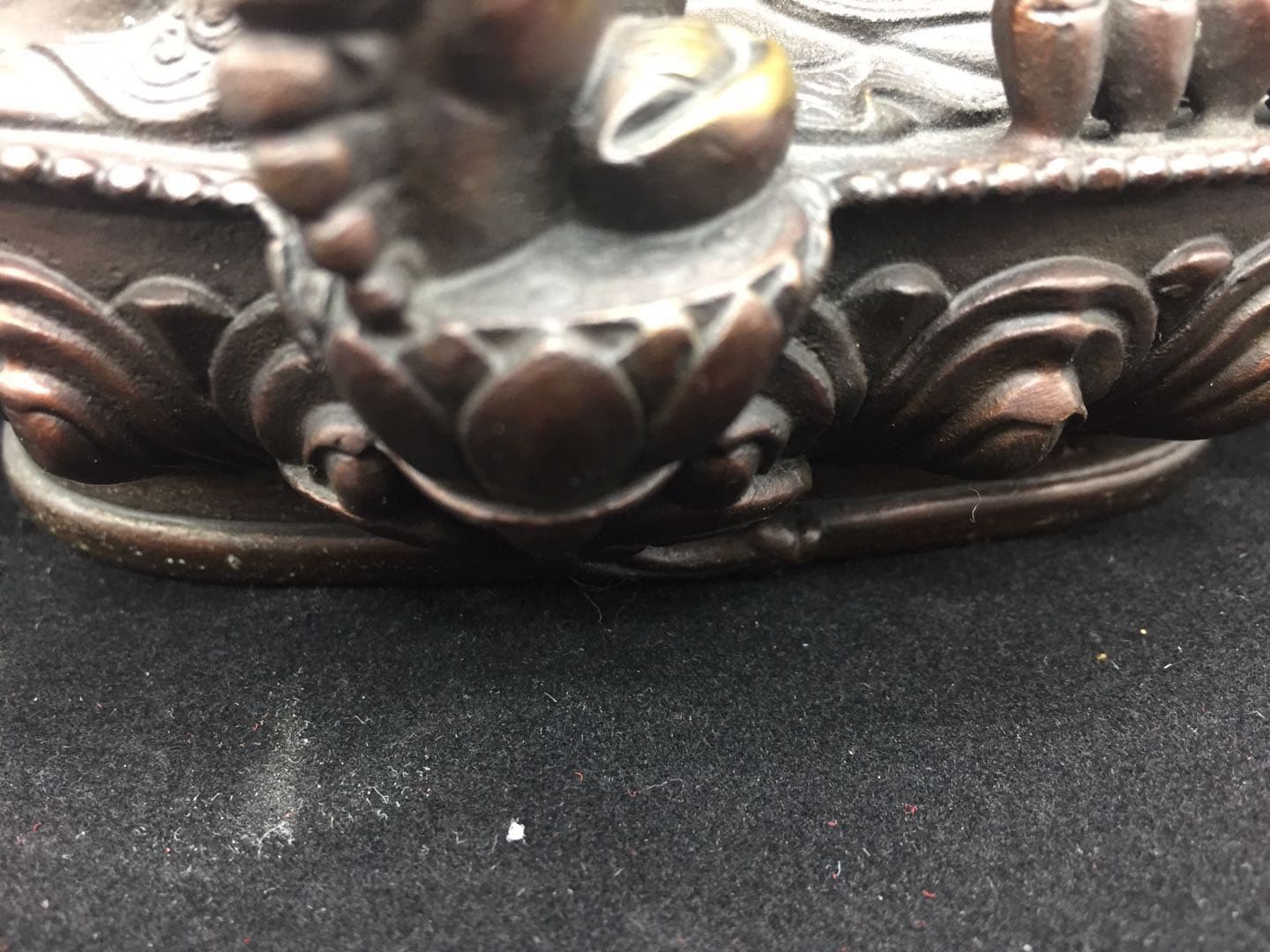 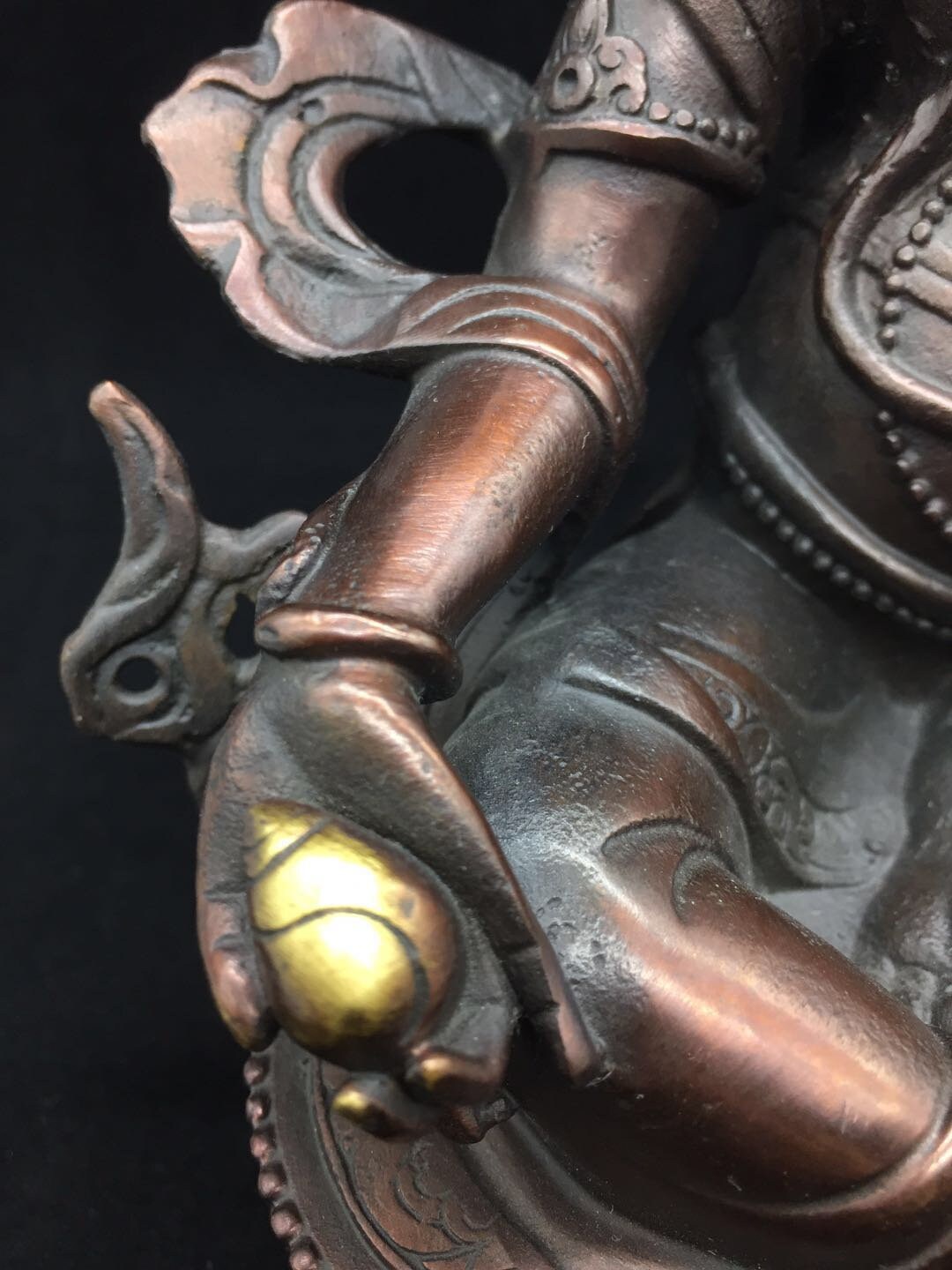 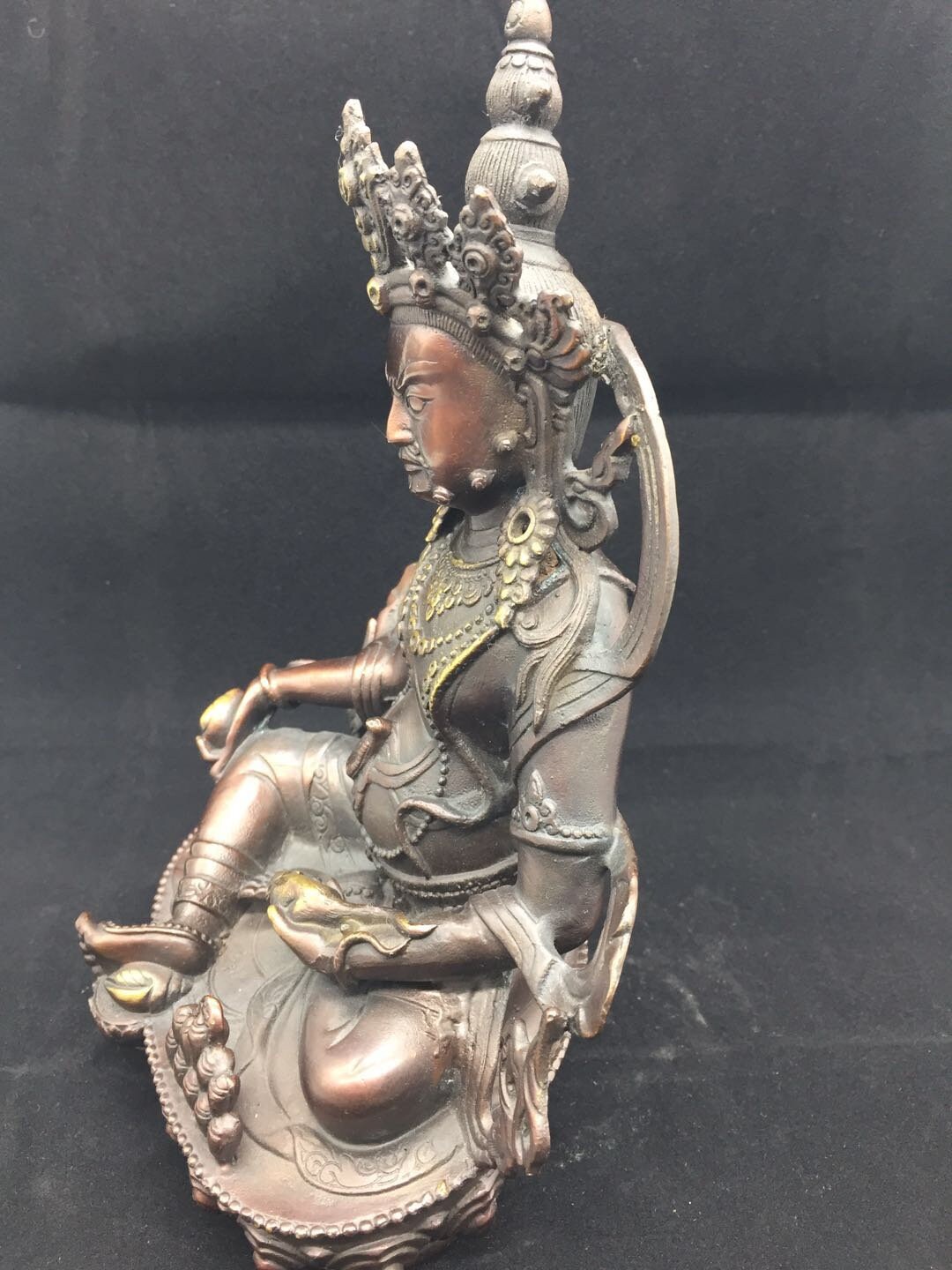 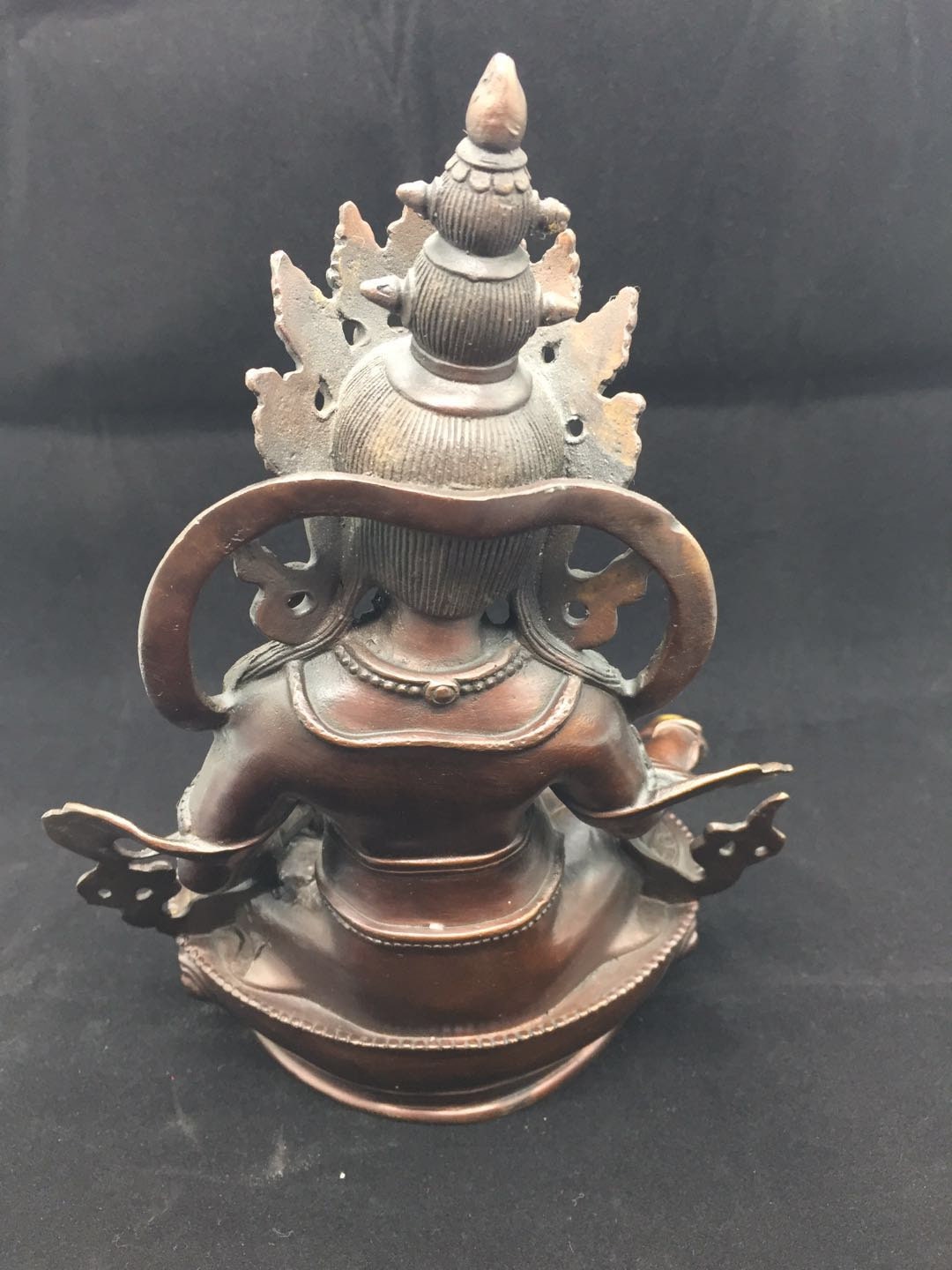 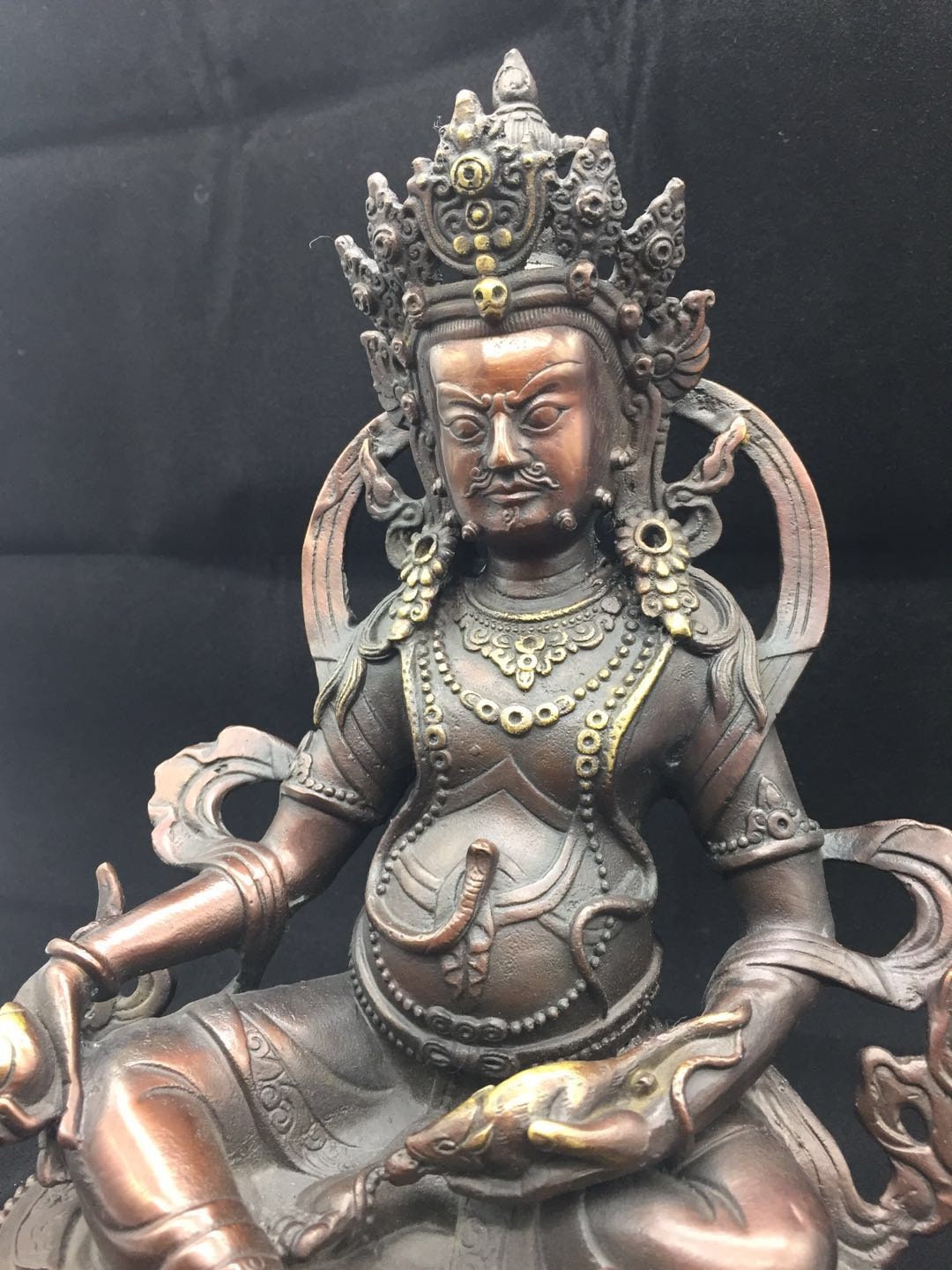 copper and bronze Buddhist statue Jambala.
Height 25 cm.
Jambhala (also known as the Dzambhala, Dzambala or Zambala Jambala) is the God of wealth and appropriately a family member of the jewel (Ratna) including the Dhyani Buddha Ratnasambhava is. In Hindu Mythology, it is known as Kubera.Jambhala is also considered to be an emanation of Avalokitesvara or Chenrezig, the Bodhisattva of Compassion.
It is the protector of all lines and all sensitive disease and difficulties. Jambhala is a Bodhisattva of material and spiritual as well as many other things, richness to grant stability.
"Because in this world, it has all kinds of wrath and negative emotions or evil spirits, and sometimes they affect you and other sensitive Dzambhala assume such a powerful and wrathful form to protect against these spirits. harmful and negative karma. In particular Dzambhala we helps to minimize or reduce obstacles and troubles and helps us to increase all the good fortune and happiness. »
This figurine is the yellow version of the deity (green, white, red and black) also known as the guardian of the North Vaiśravaṇa वैश्रवण (sansk.)
(pali. Vessavaṇa वेस्सवण) (Chin.多聞天王, duō wen tiānwang) (horn) 다문천왕 Damun Cheonwang (Jap. 多聞天 or 毘沙門 Tamon-ten gold Bishamon-ten) (tib. rnam.thos.sras (Namthose)) (mong. Tengri Bisman). Taoist Molishou name.
The guardian of the North is also the head of the Chaturmaharaja (or celestial Kings) "which is", "which means every thing". In China it is considered a bouddhisation bhramanique Kuvera North considered wealth deity as its great treasures. He presides over the winter and is black, nicknamed the Black Warrior. Command an army of Yakshas.
In India are symbols of the flag, the gem and Mongoose.
Japan worship appear independently of the other guardians from the 9th century Kings, he was considered the healing God saved the Emperor Daigo (898-930), he became God of wealth during the Heian period, and protector of the Samurai to the Kamakura era.
It is one of the seven gods of happiness since the 17th century as Milofo. It is the protector of the nation in China and the Japan.