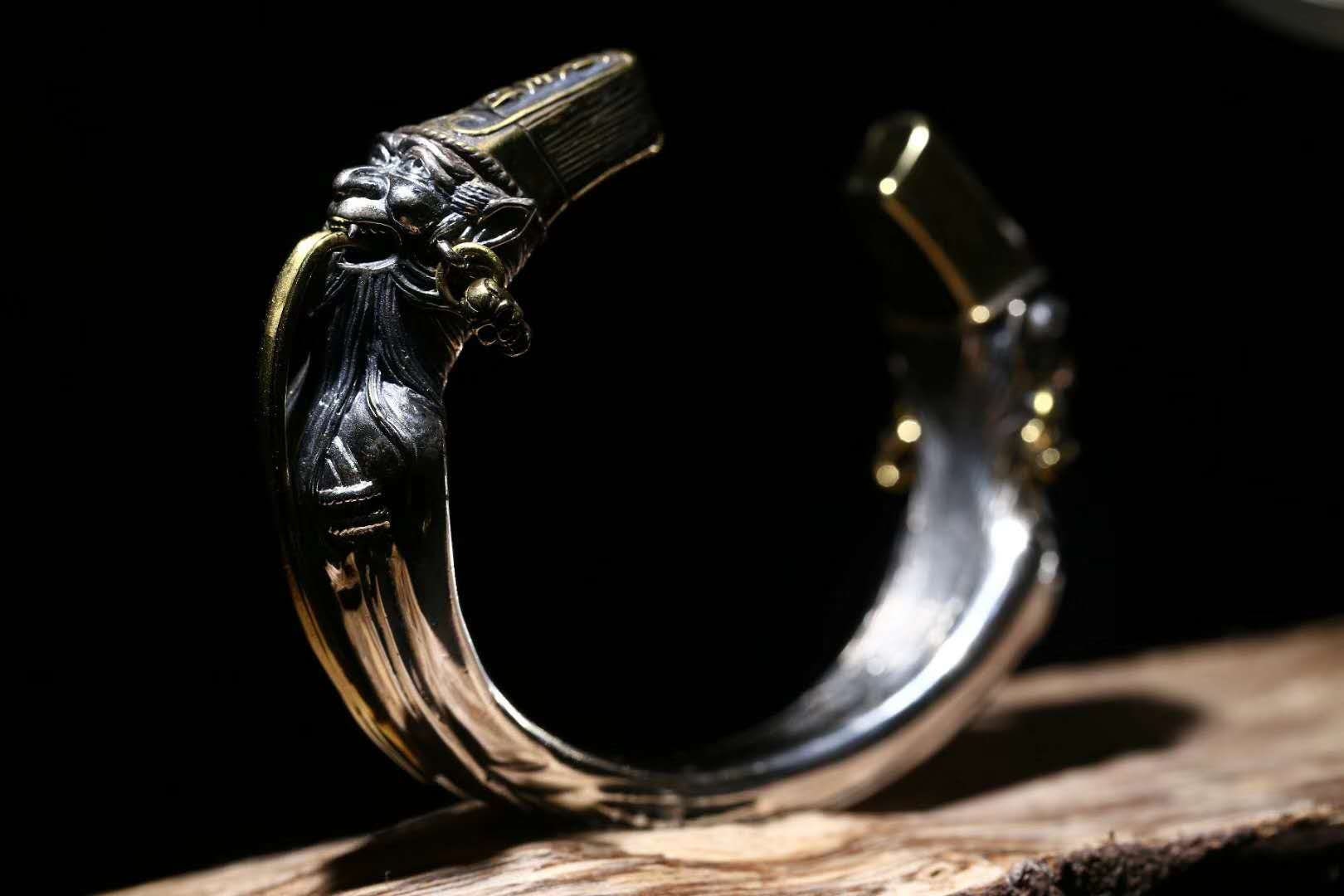 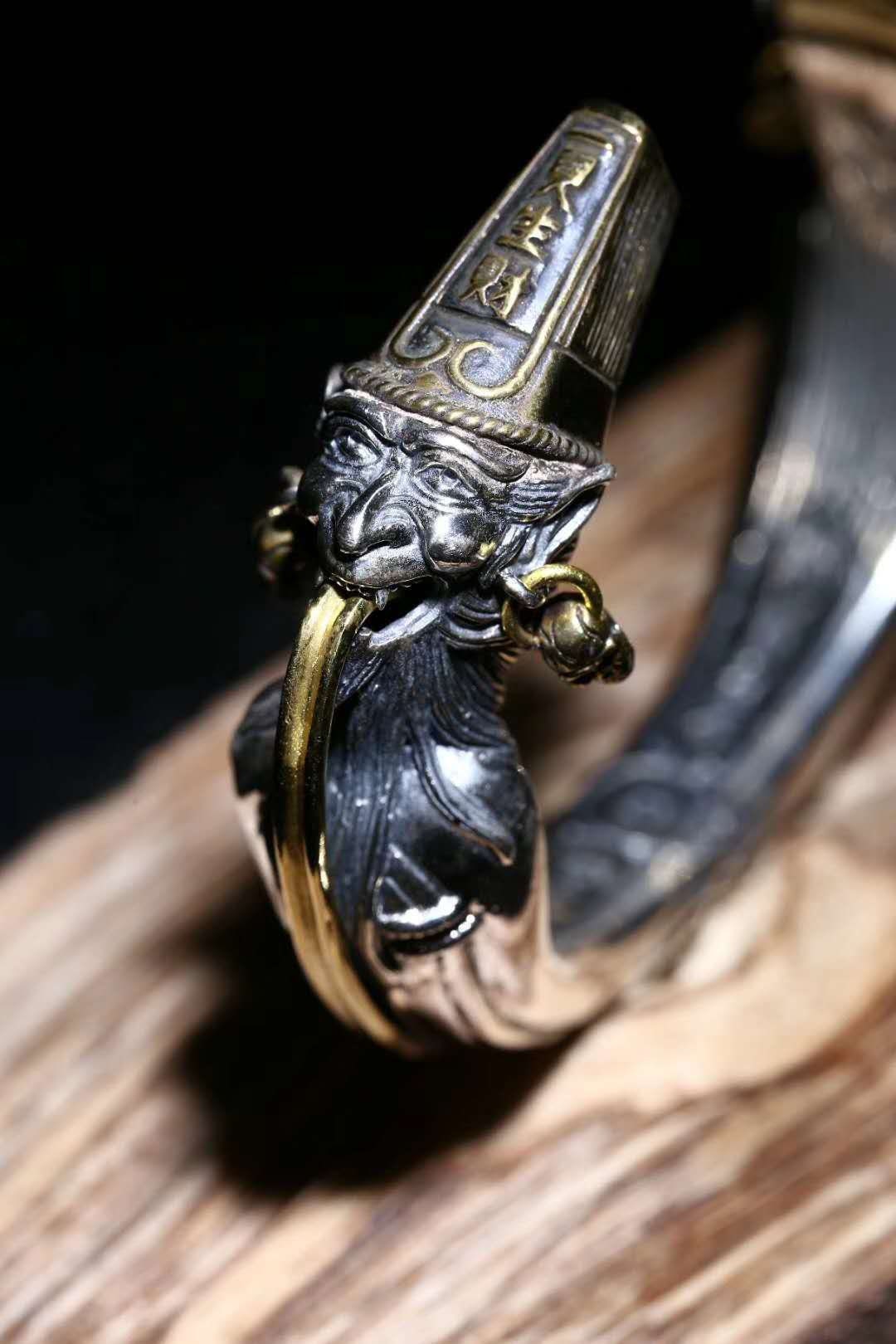 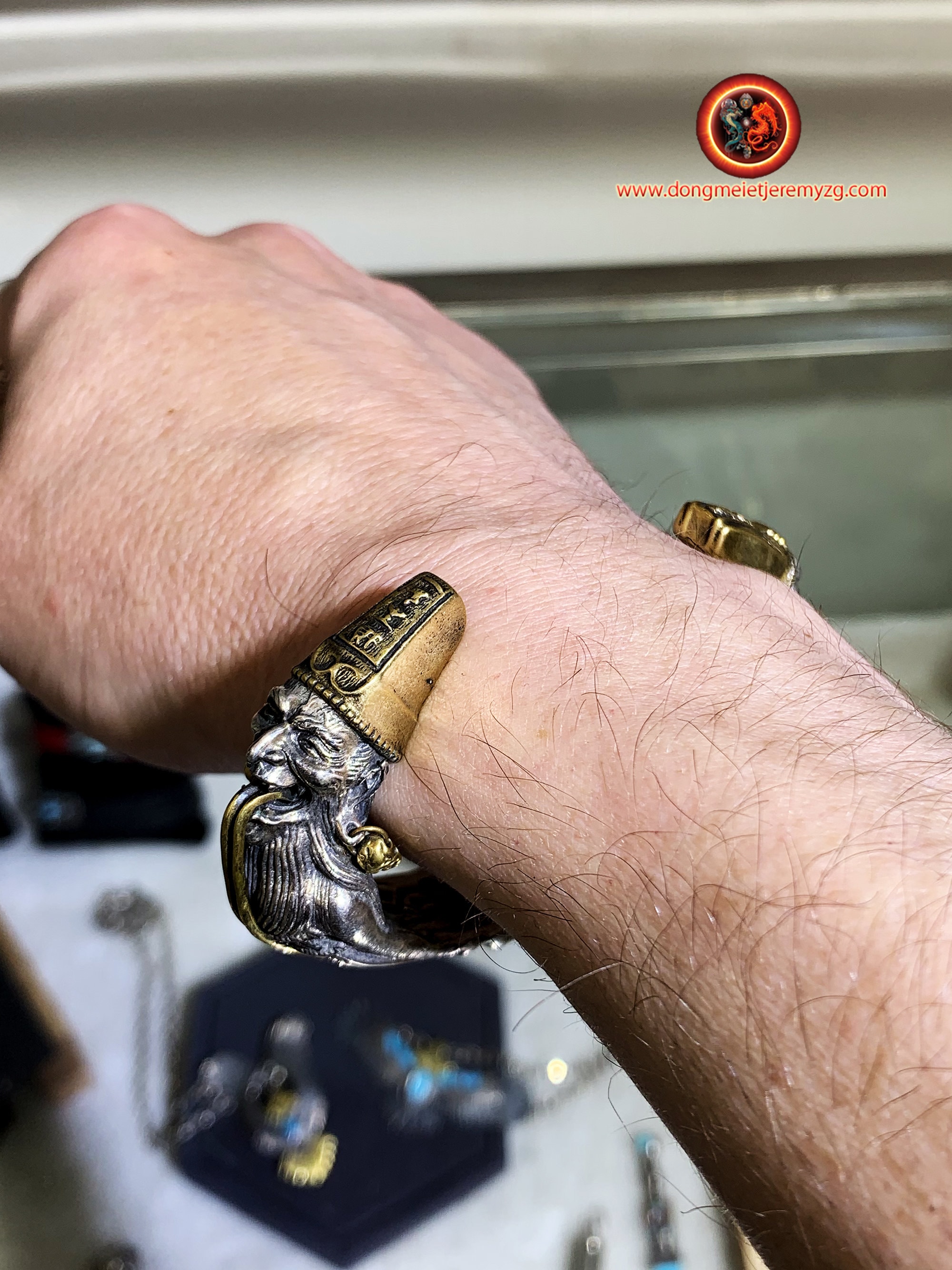 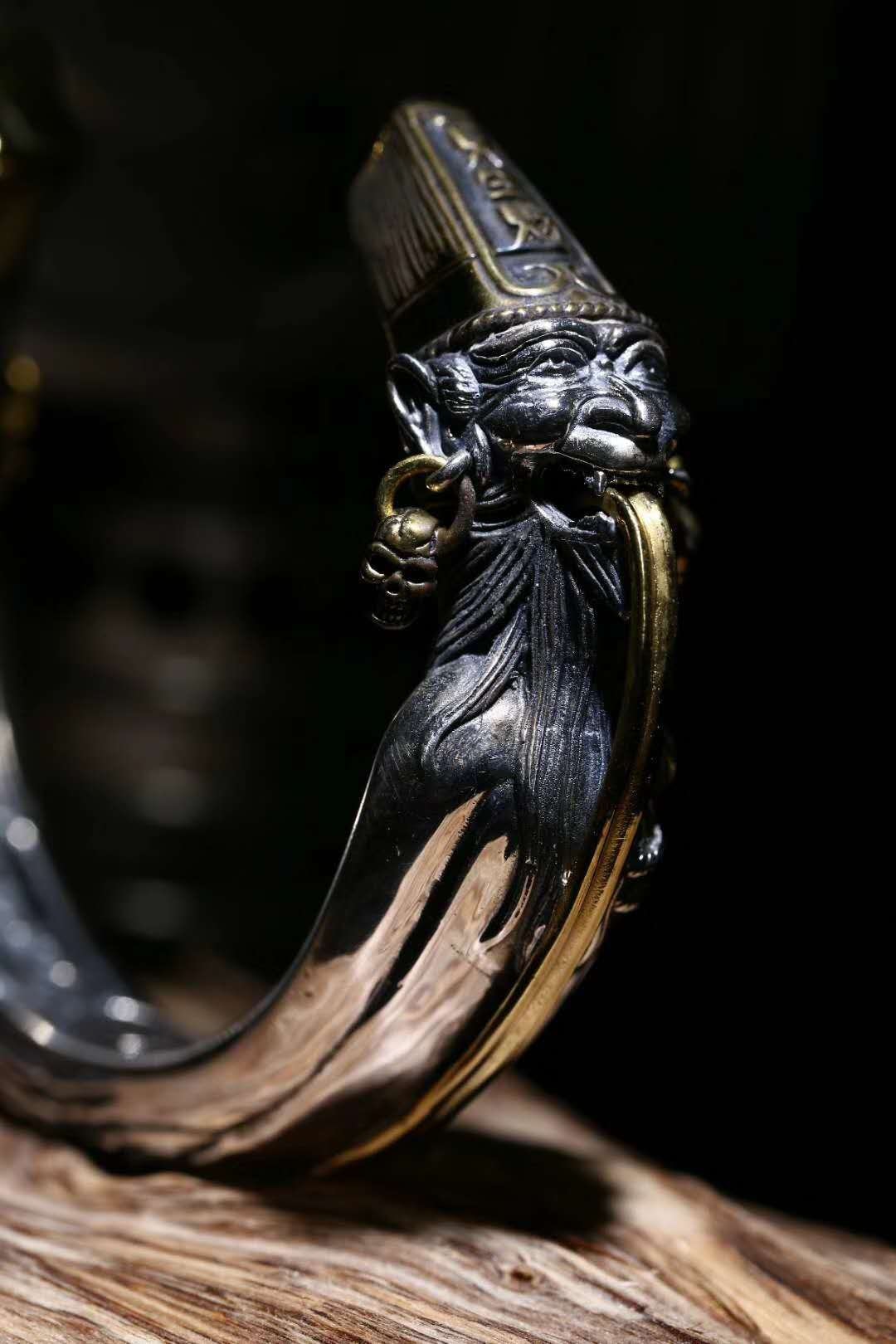 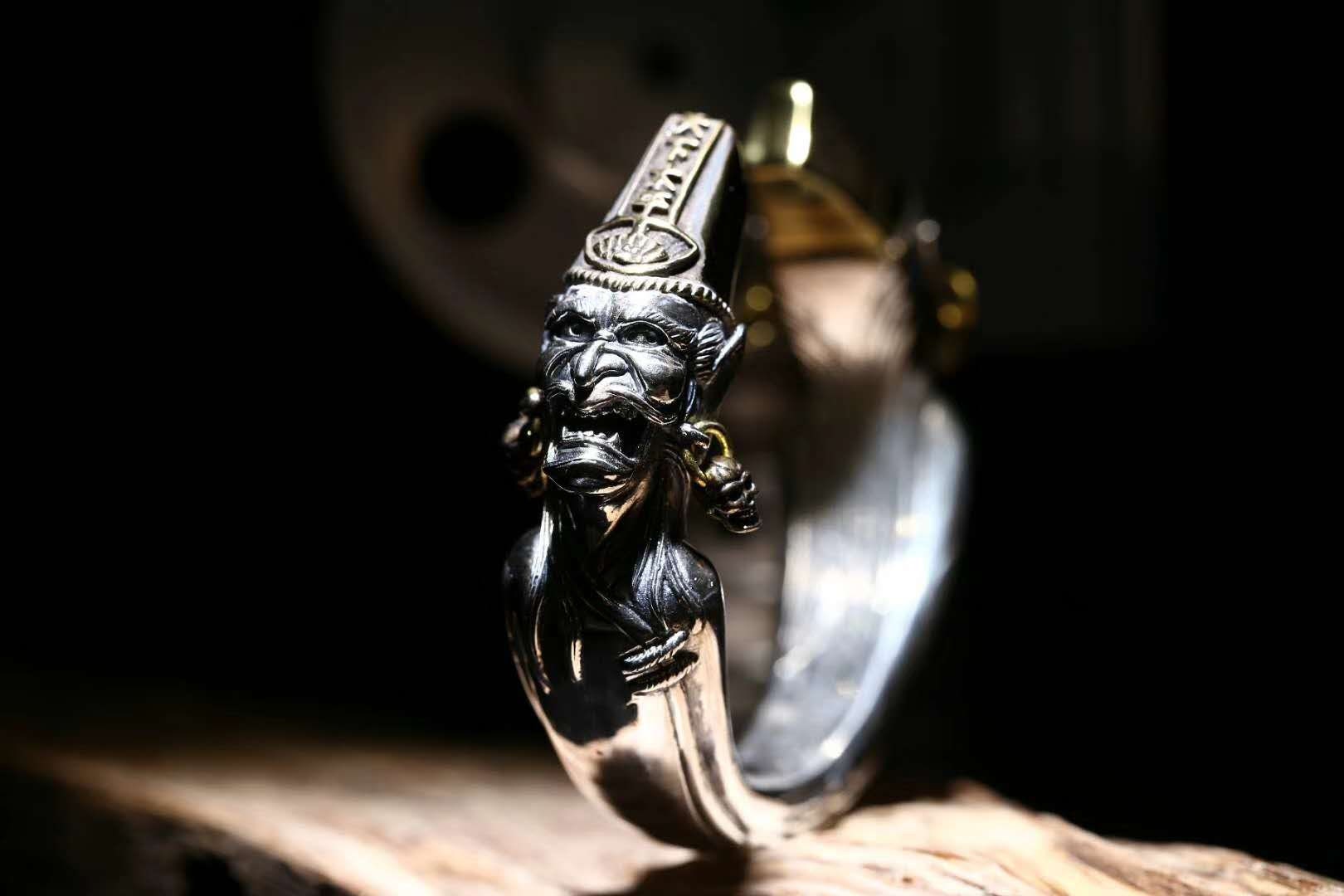 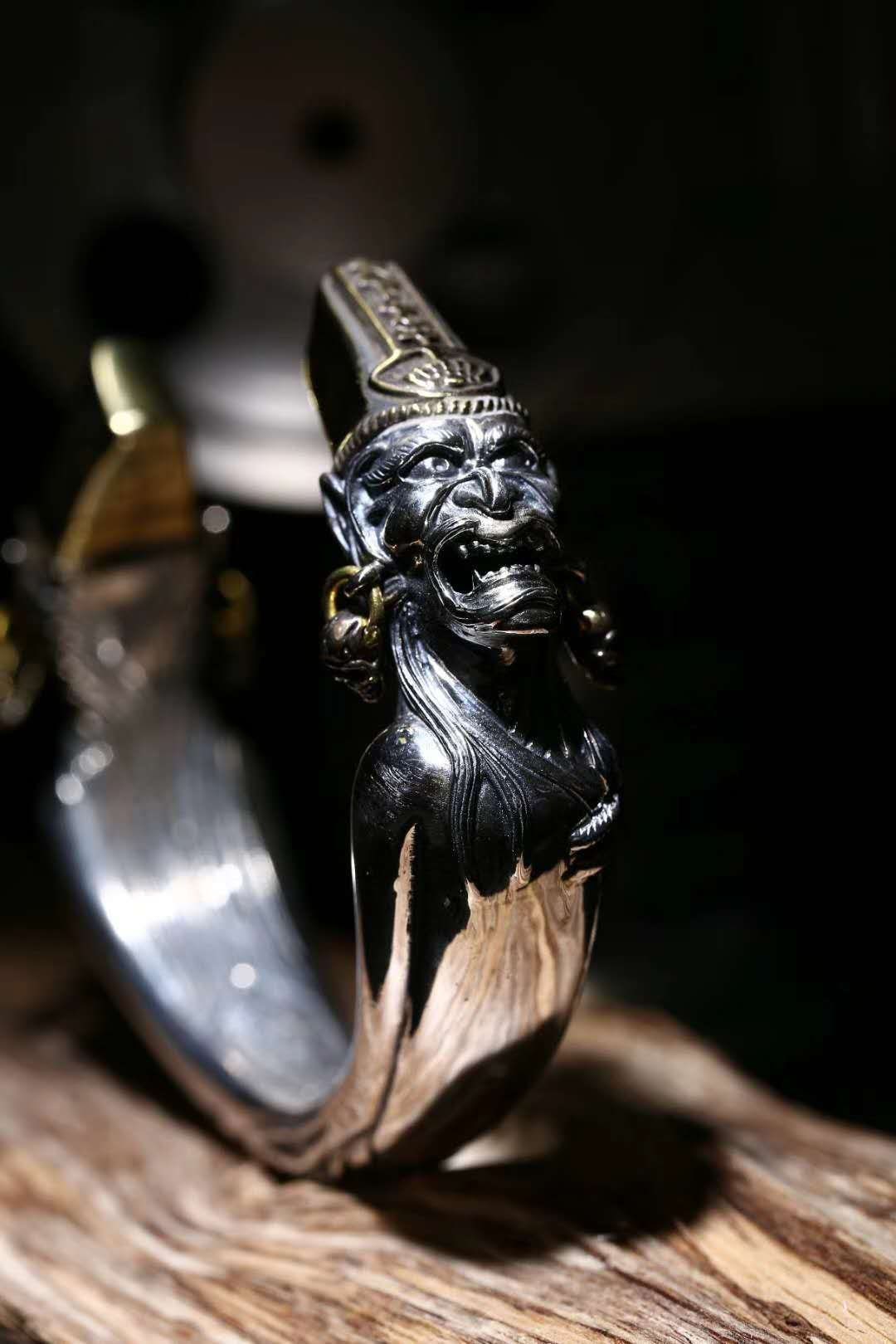 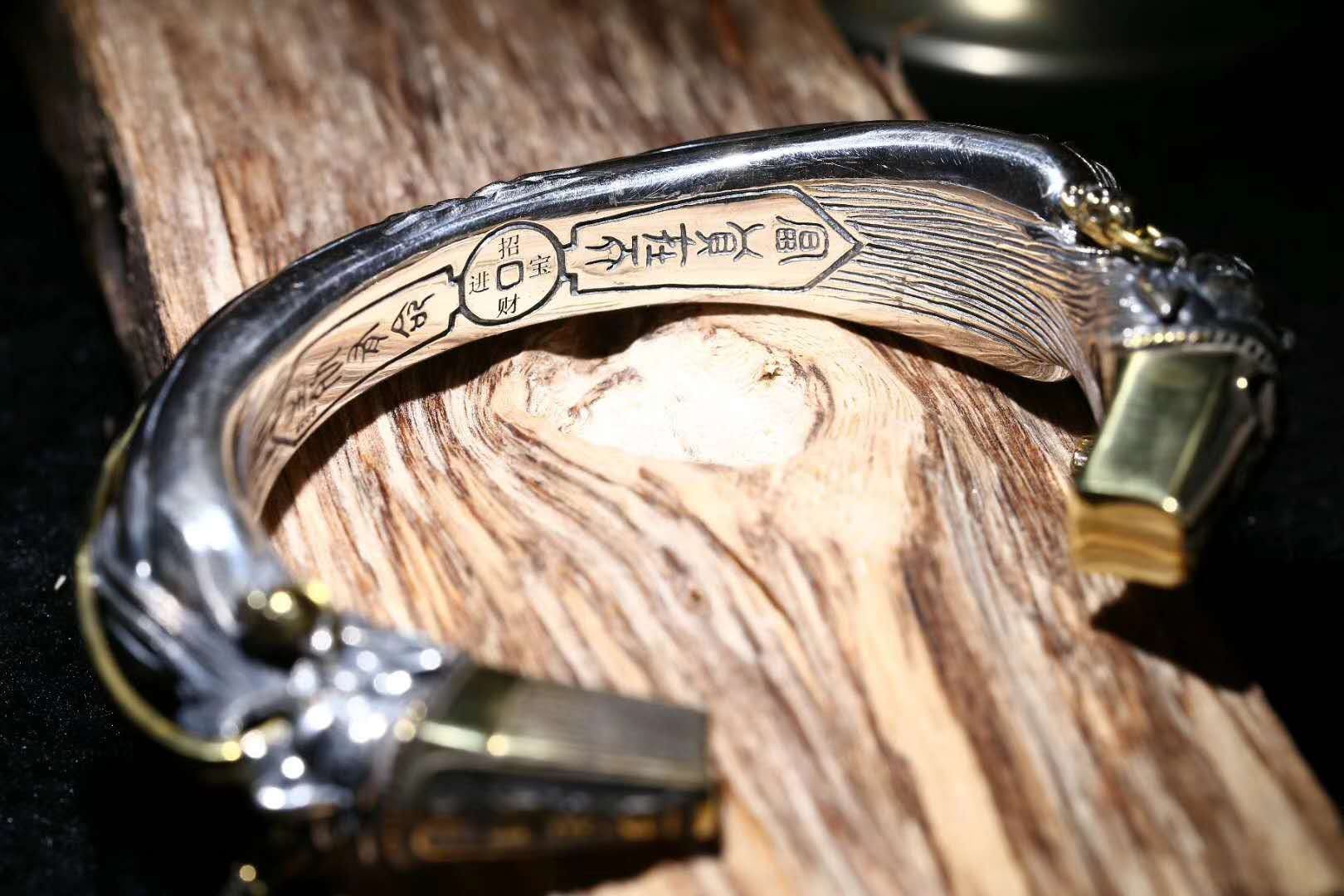 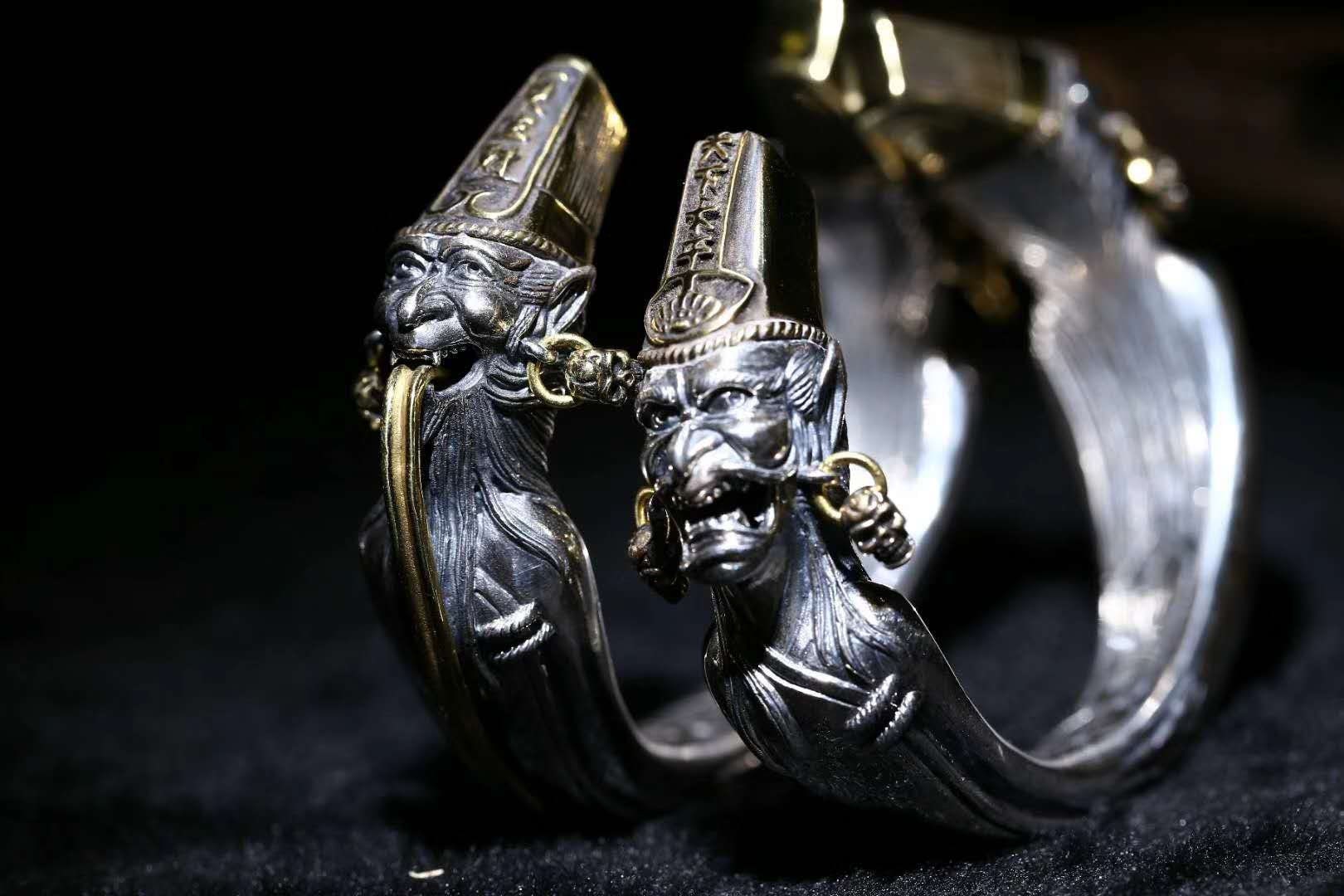 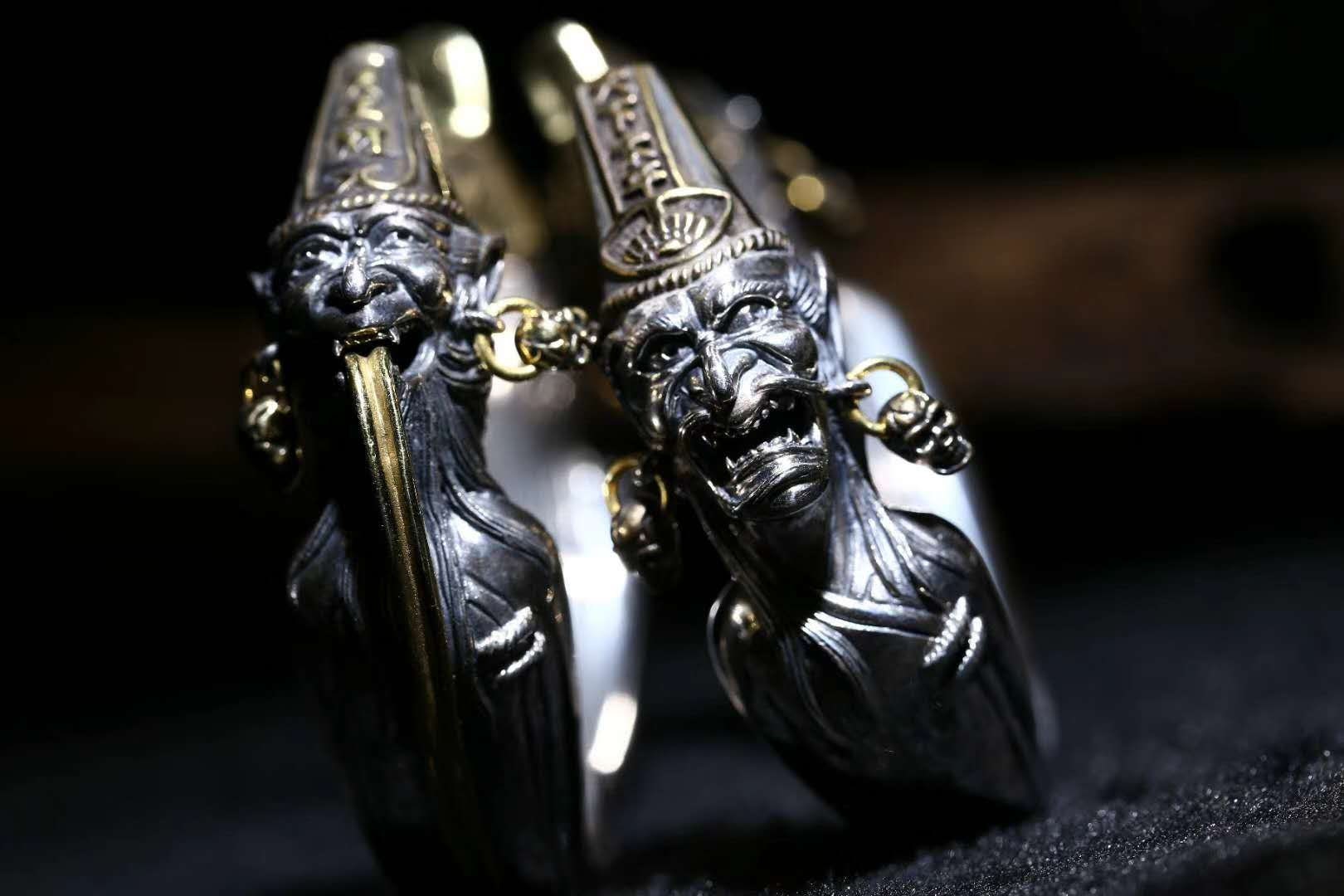 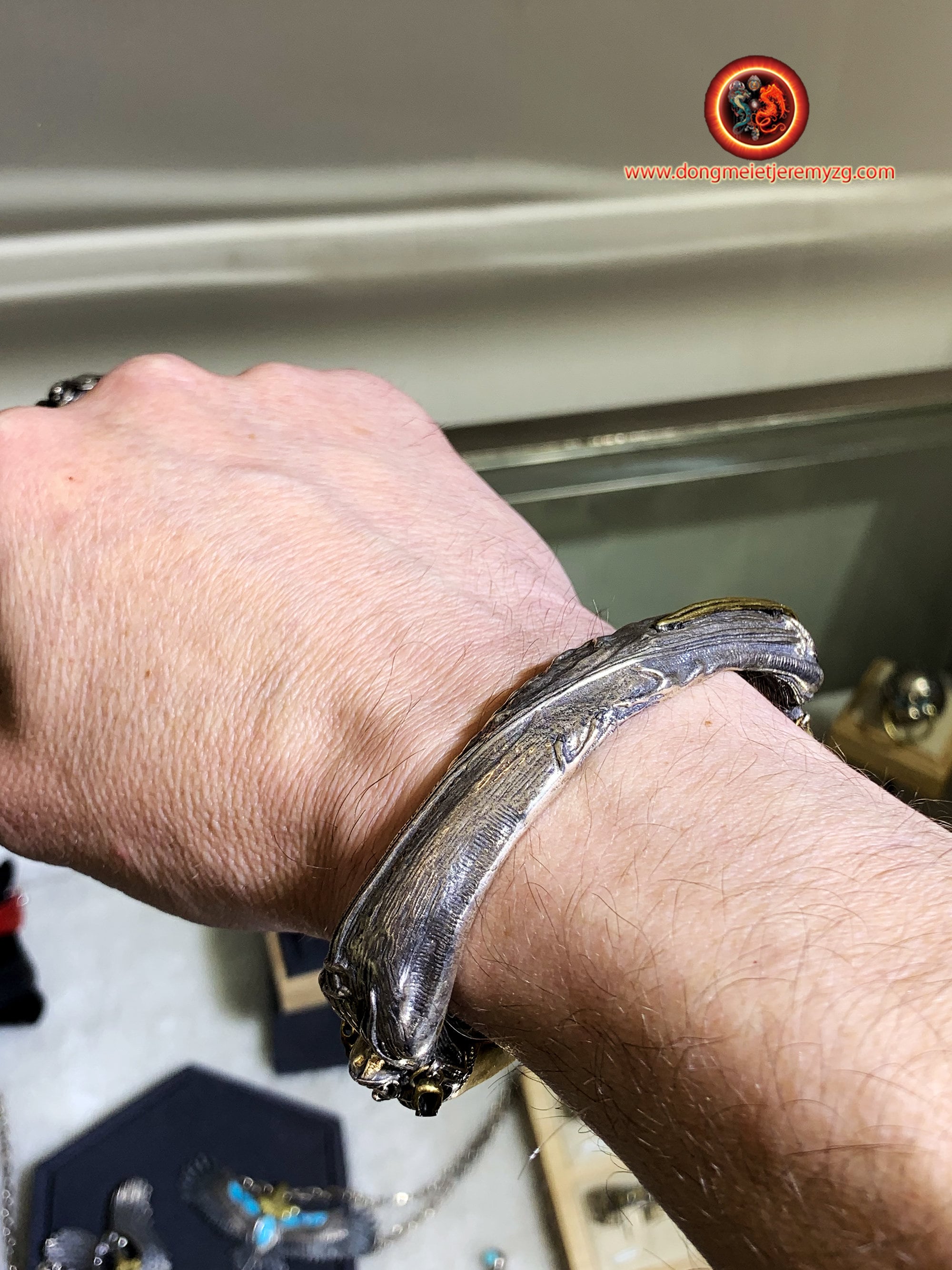 In Chinese mythology, the Hei Bai Wu Chang are gods of death, fortune, protection and impermanence. They are the subordinates of King Yànwáng
(燕王), the ruler of the Underworld, and are tasked with escorting souls there. The white guard is named Xie Bi An, and the black guard is called Fan Wu Jiu.

Whether in traditional paintings, effigies or modern art, the two wu chang are always presented shoulder to shoulder, skinny and macabre, in exactly the same dresses but inverted in color of each other. Hei dressed in black and Bai in white. Sometimes the details of their dresses complemented each other perfectly, white reflections on Hei's dresses and blacks on Bai's. They also wear miters, spells inscribed at the front of the roof. Bai Wu Chang is depicted with an extraordinary long tongue coming out of his mouth.

According to popular legend, the Hei Bai Wu Chang were once two very close friends, Xie Bi An and Fan Wu She. Xie was tall, pale and thin, and Fan was short, dark and stocky. One day, the friends were walking near the river, when it started to rain, Fan invited Xie to stay under the bridge and stay away from the rain while he went home to get an umbrella. On the way back to Xie, the rain became heavier and heavier, the lightning lit up, and the thunder rumbled on, turning the rain into a huge storm. But Fan continued, determined to keep his word. The river overflowed furiously, sweeping Away Fan's little figure and drowning him in its waves. After the storm, Xie saw his friend's corpse and was heartbroken, wishing he would die instead. He could no longer bear his grief and hung himself from a beam on the bridge.

When the souls of Fan and Xie traveled to the underworld, the lord of this kingdom, Yànwáng was greatly moved to listen to their story. He renamed them Fan Hei Wu Chang, and Xie Bai Wu Chang and From there, were assigned to assist Qing Xi Cheng Huang, the god of the city, in dealing with the peace and harmony of the mortal world, their task being to catch wandering souls in order to bring them to justice in the underworld.

Xie Bi An and Fan Wu Jiu are not Lower World Beings or Hell Guards. They are considered the deity of the mortal world, able to walk among us day and night (並非民間所謠傳之陰神/陰將,二將屬民間神祇,可穿梭日夜之間).