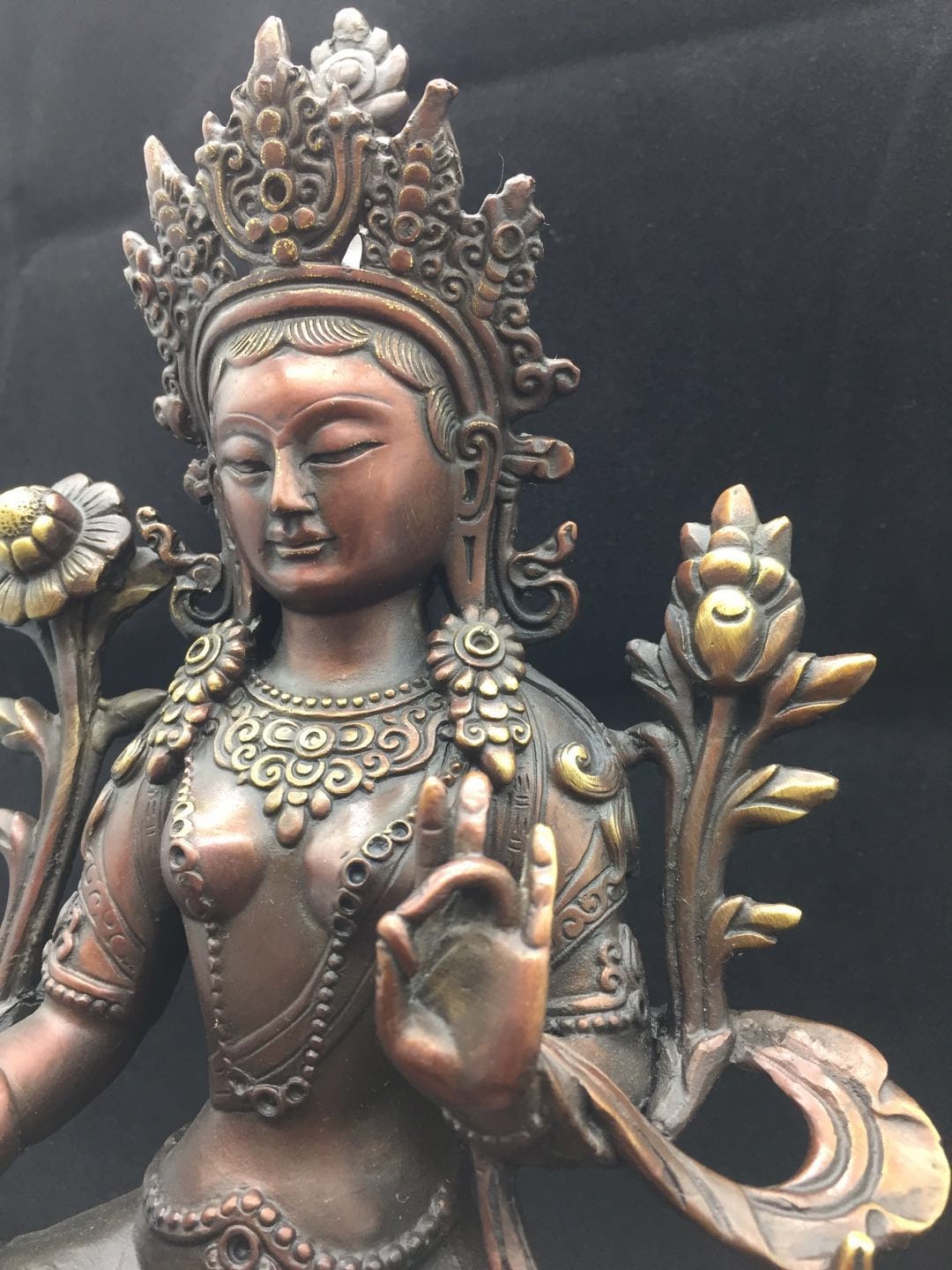 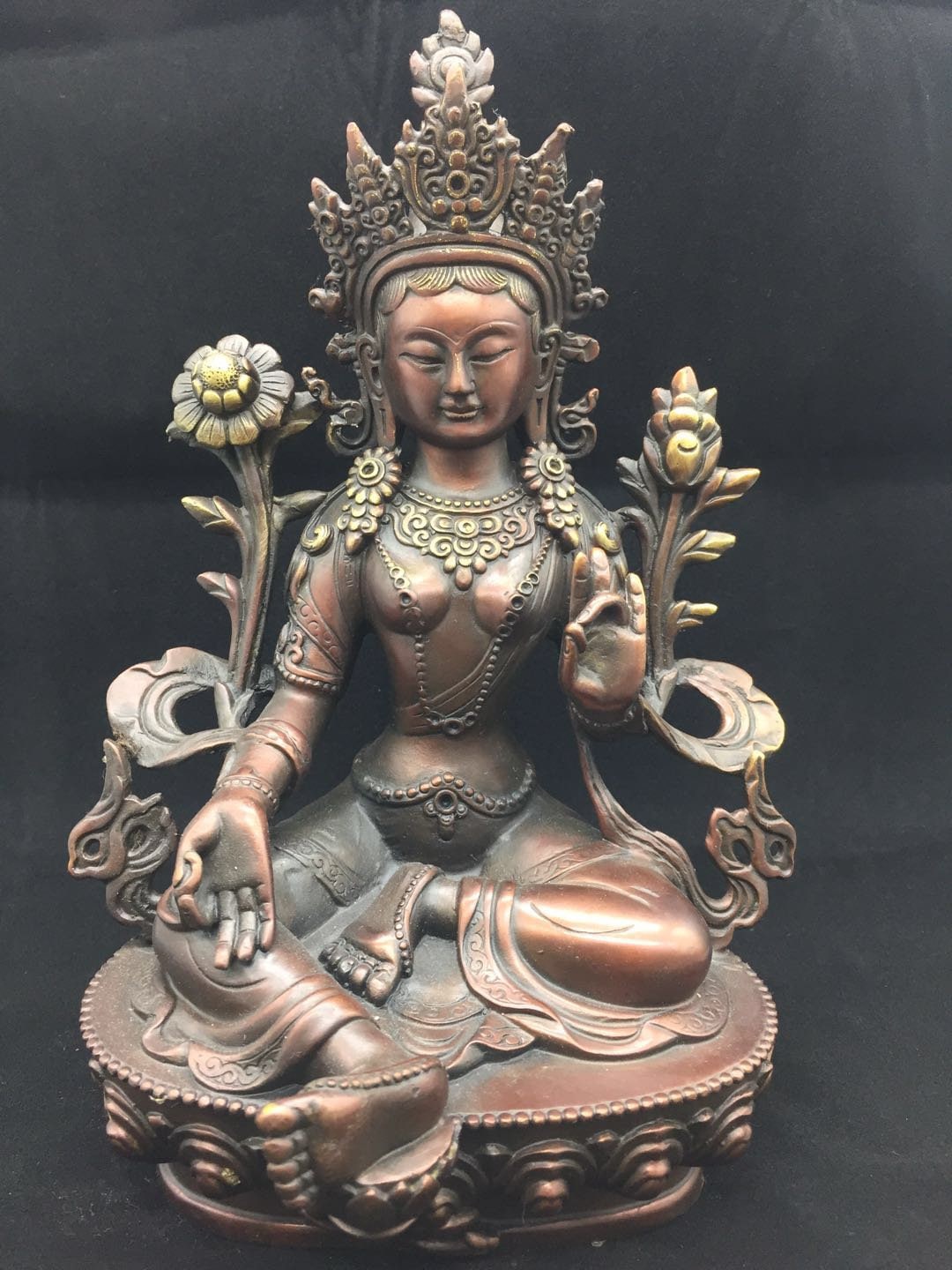 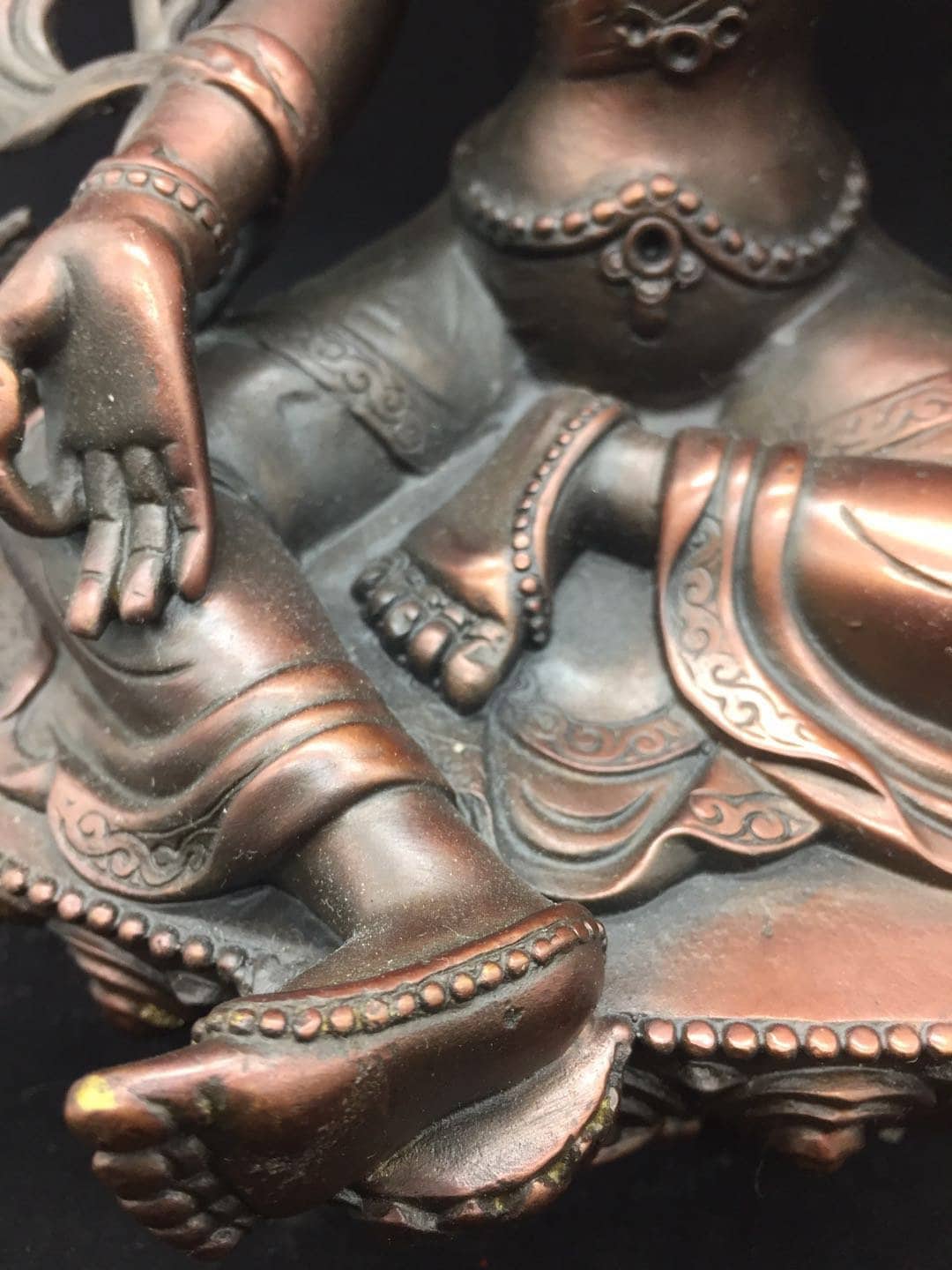 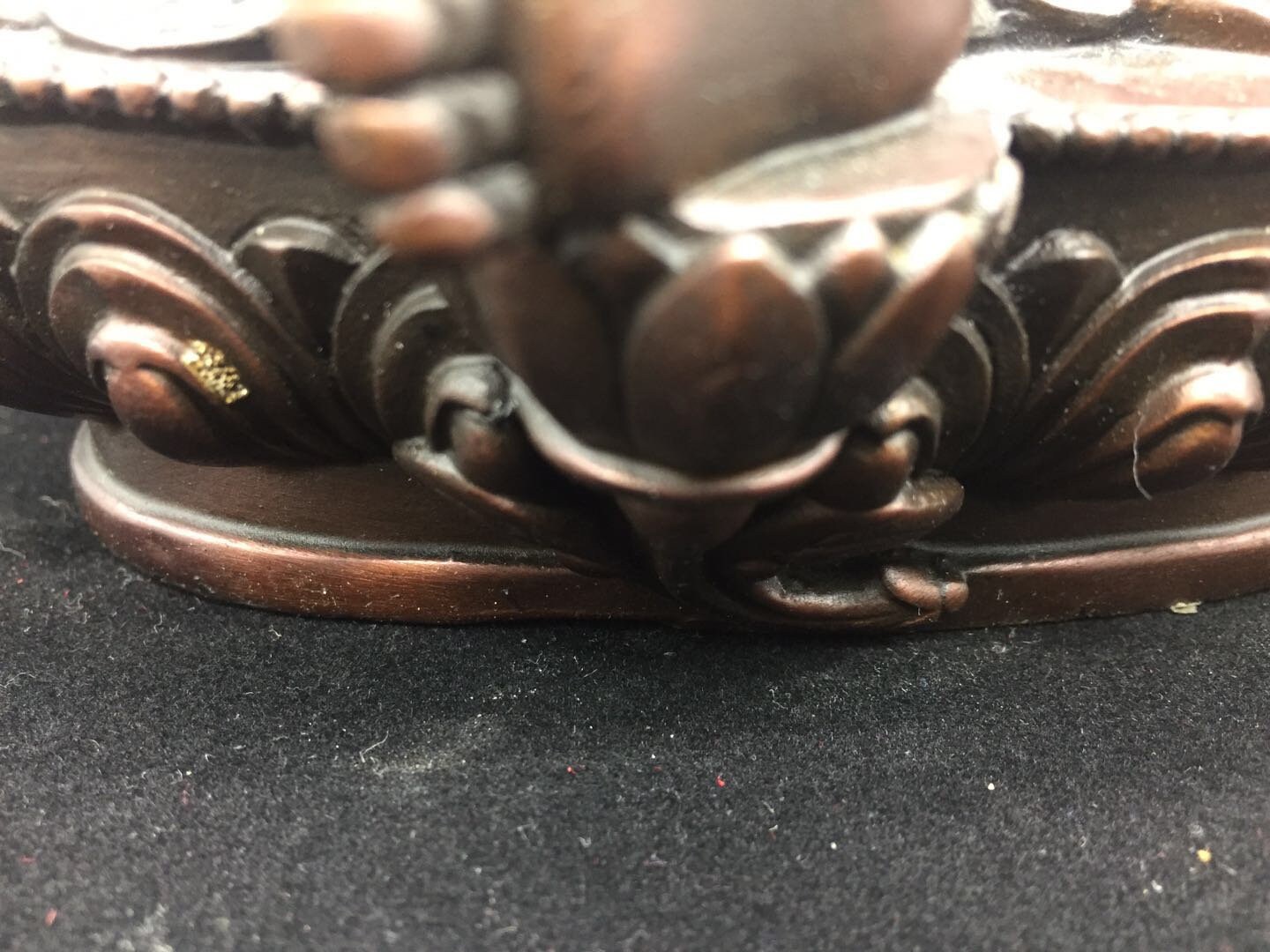 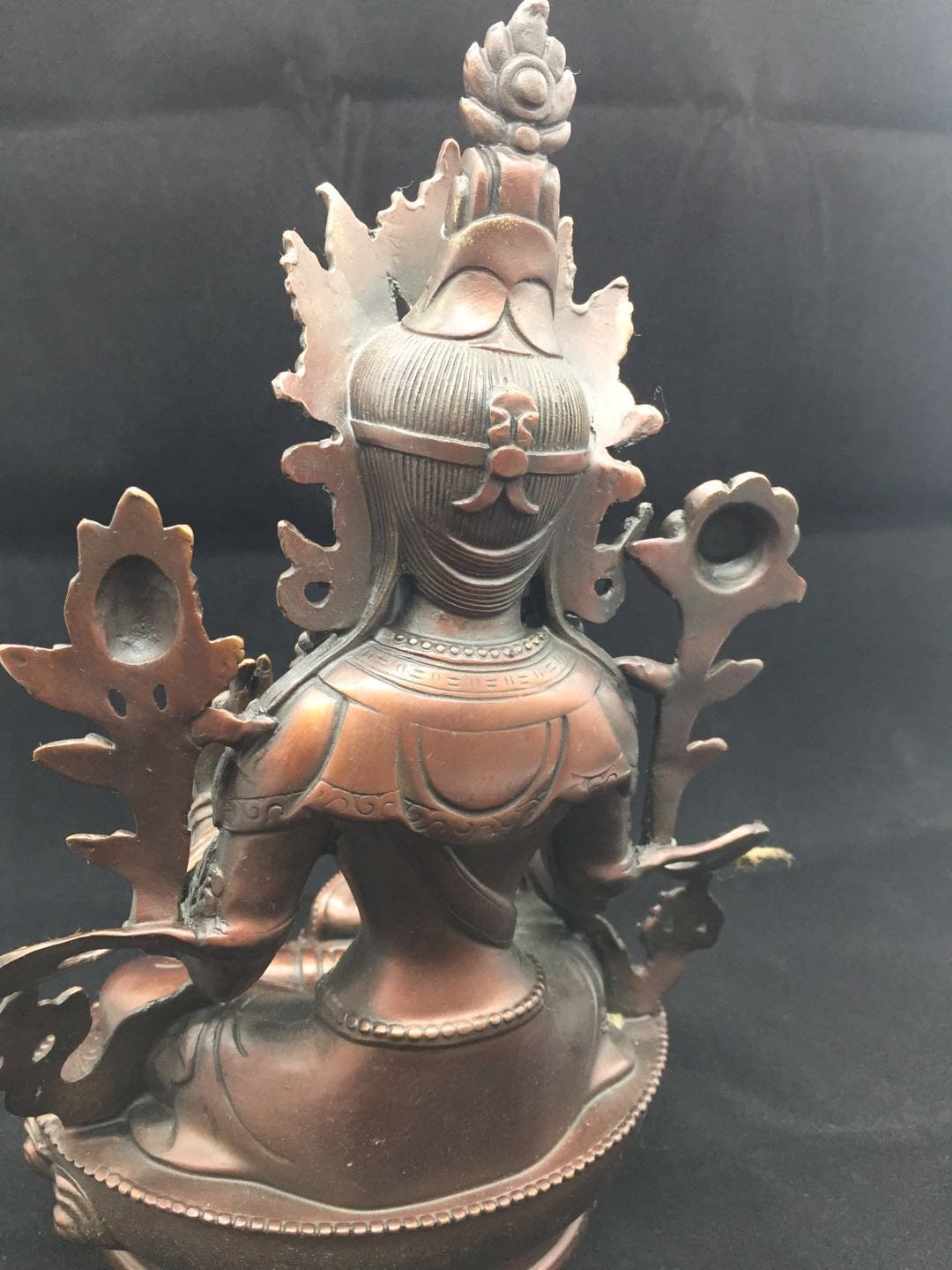 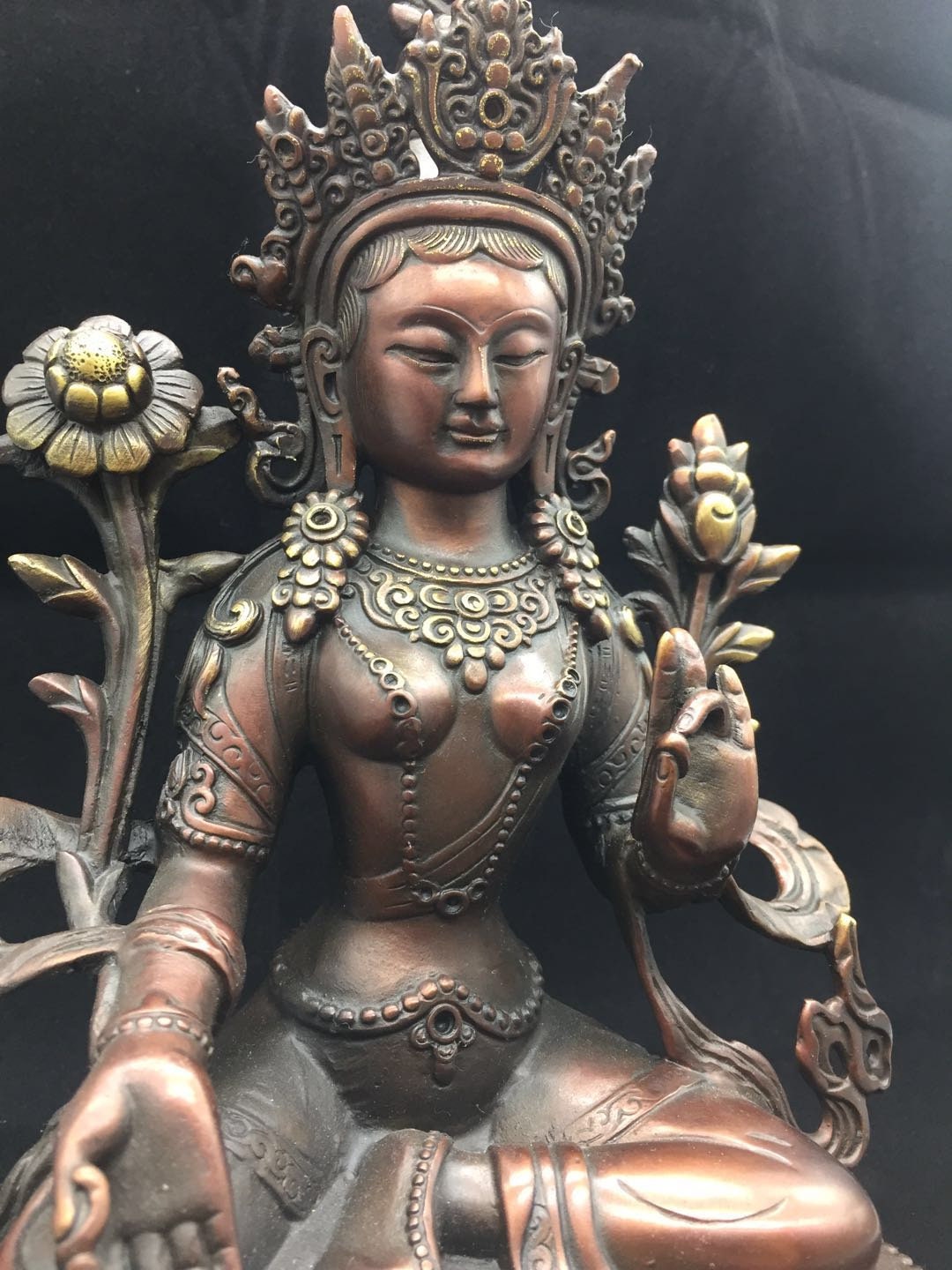 Tara "liberator", "saving" and "Star" is the main deity of compassion in the Mahayana and Vajrayana.
Grouped Mahāvidyā 10 grouped under the name of great wisdom Hinduism goddesses, she took importance in Indian Buddhism to sounds of the 6th century, then in Java, Cambodia and finally Tibet from the 8th century and the 11th century with the coming of Atisa.
The first was an emanation of Avalokitesvara (Guan Yin), the Bodhisattva of great compassion, born of a lotus pushed in a tear of the latter.
It was then put the same prajnaparamita and she will be awarded the title of "mother of the winners" popularized as "saving" "that cross the other side".
Considered "8 great fears to save", it is also the universal mother of all beings, protecting the animals and plants and reigns over the three worlds lower world, Earth and heaven.
In Vajrayana Tara is additionally deity of election (Yi-Dam), capable of carrying the practitioner to awakening perfect she embodies.
Tantric movement in it is a perfect Buddha in female form.
Tara was introduced in Tibet Nepal Princess Tristun, Consort of King Songtsen Gampo (569-650) bringing with it a sandalwood goddess statue.
The tara Green is the farm where would any other