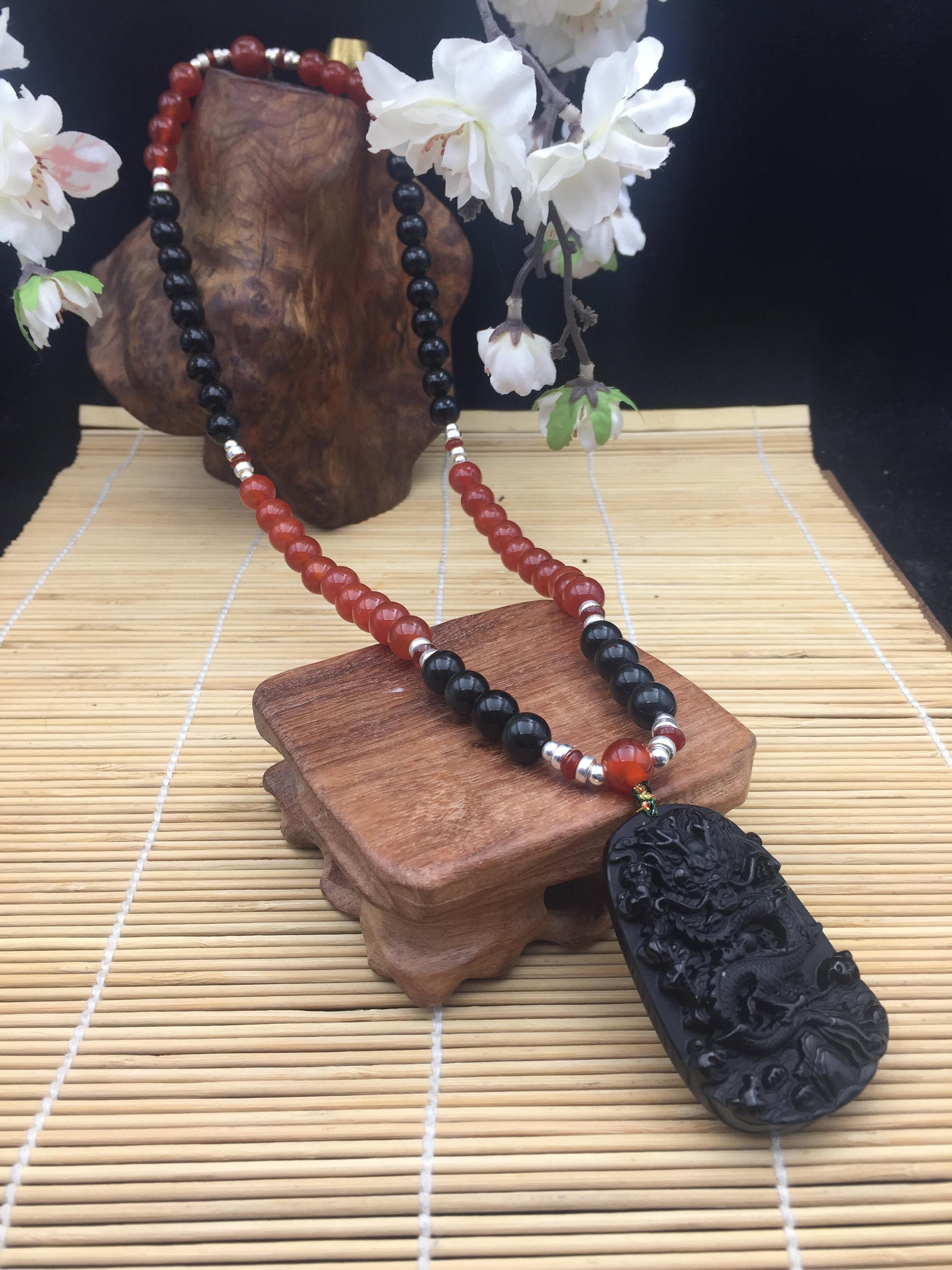 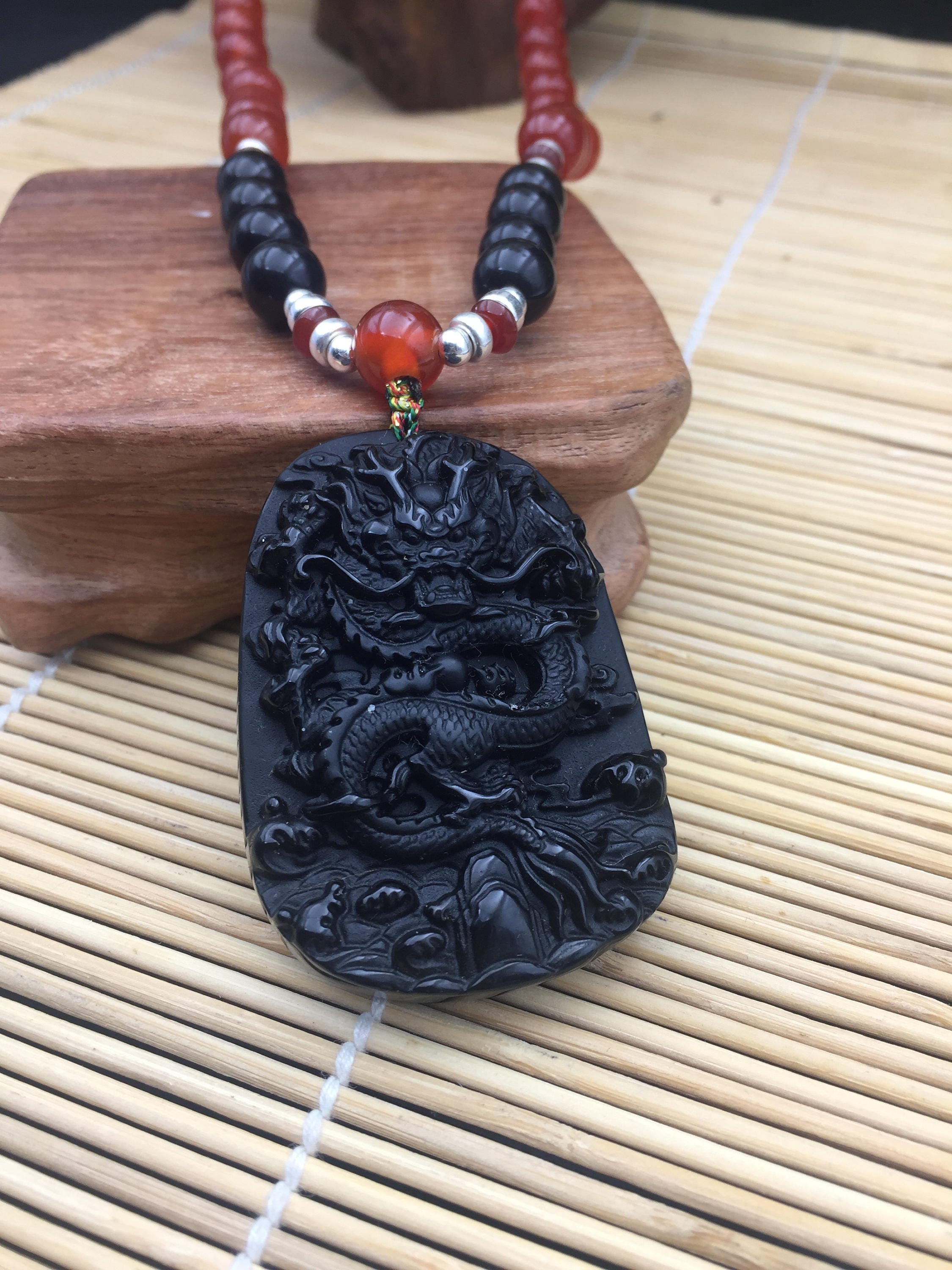 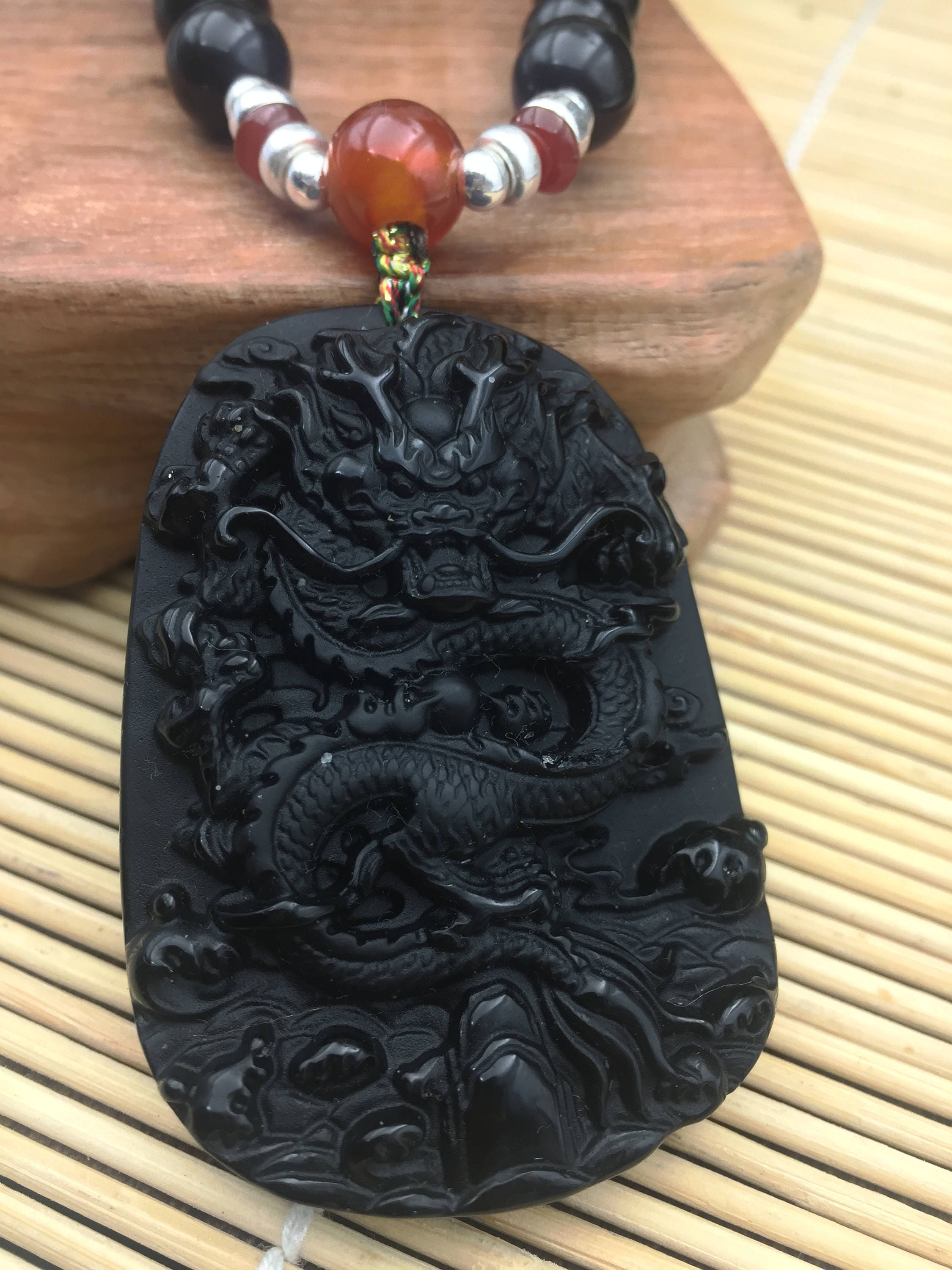 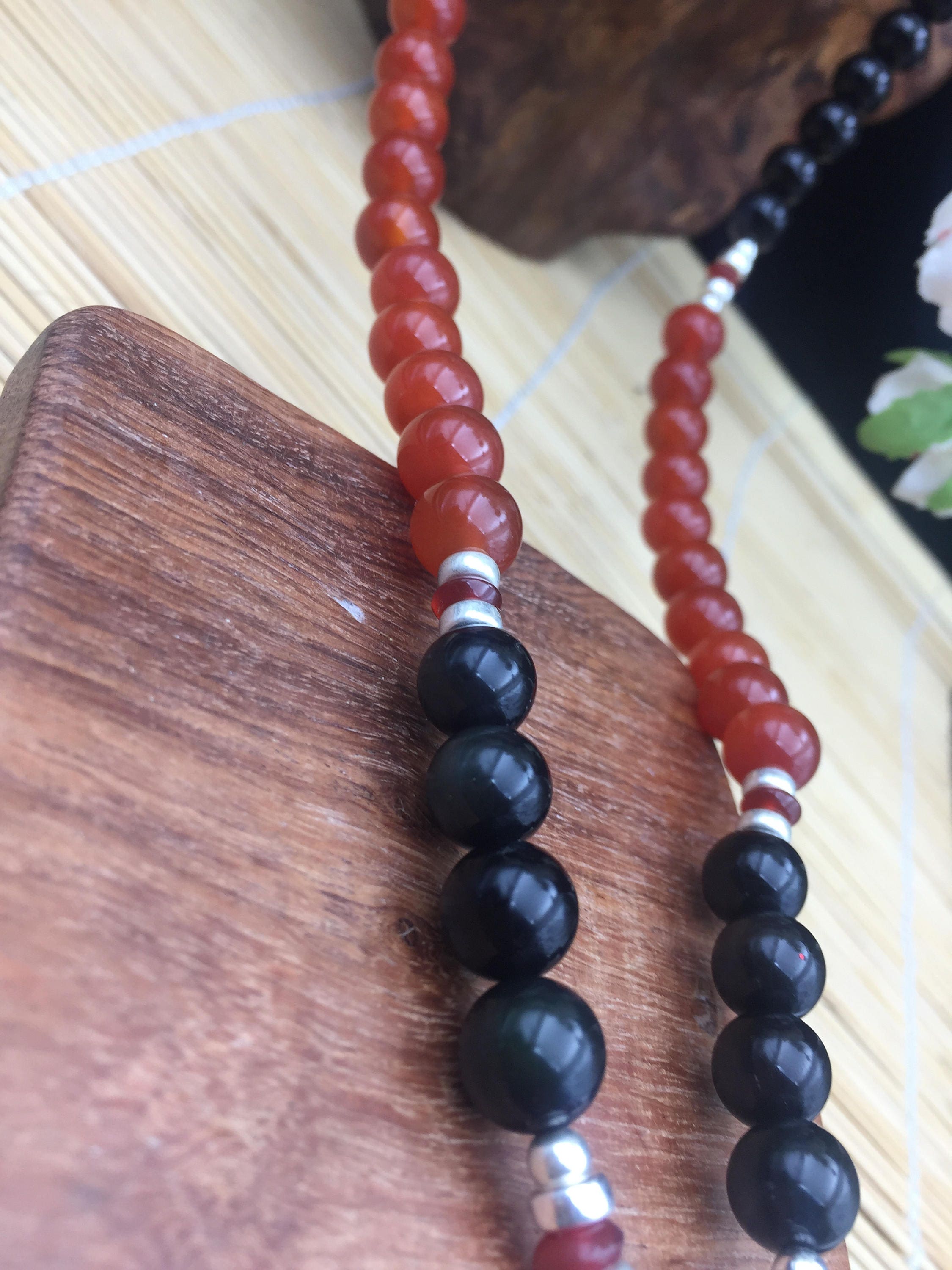 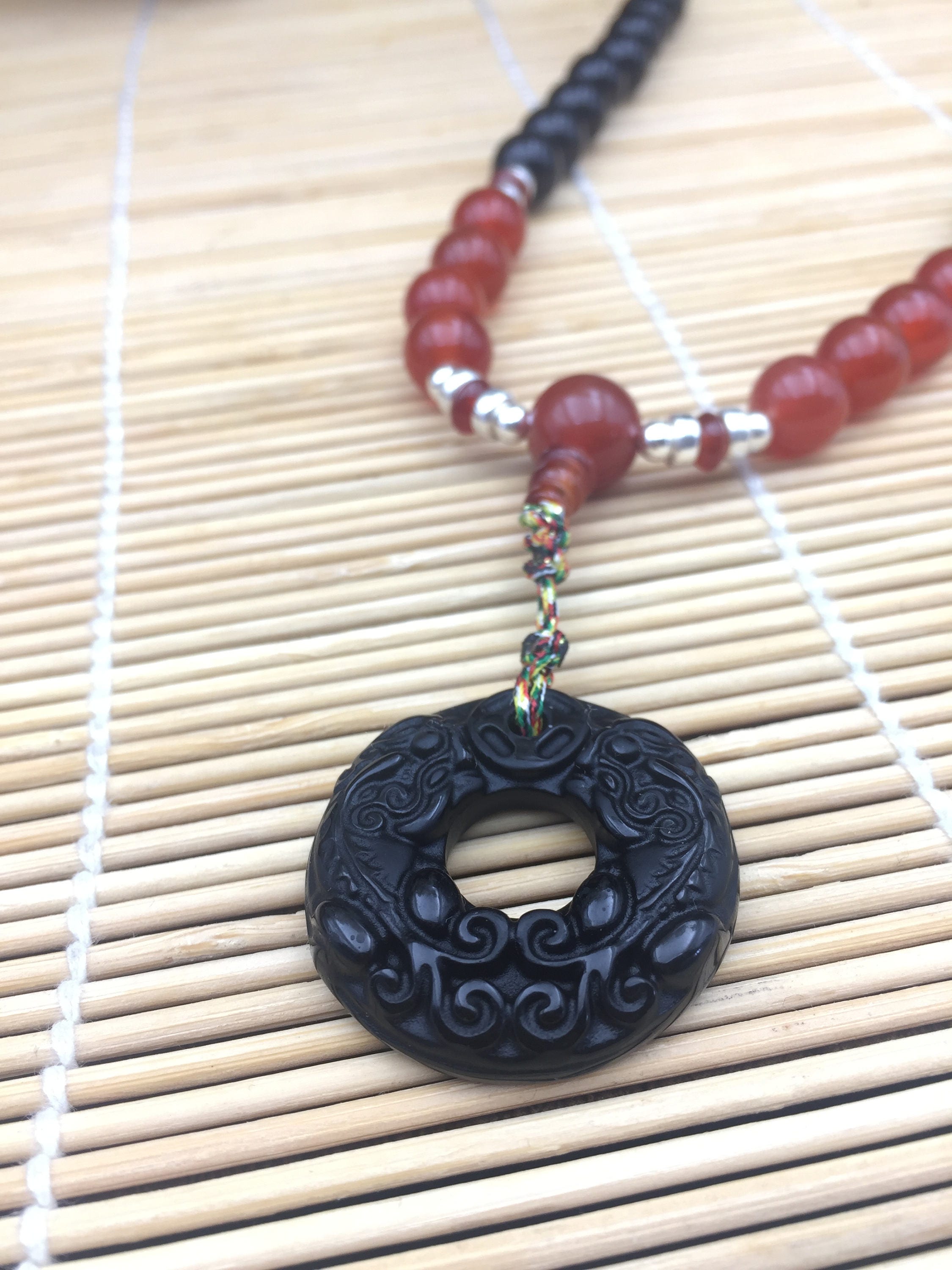 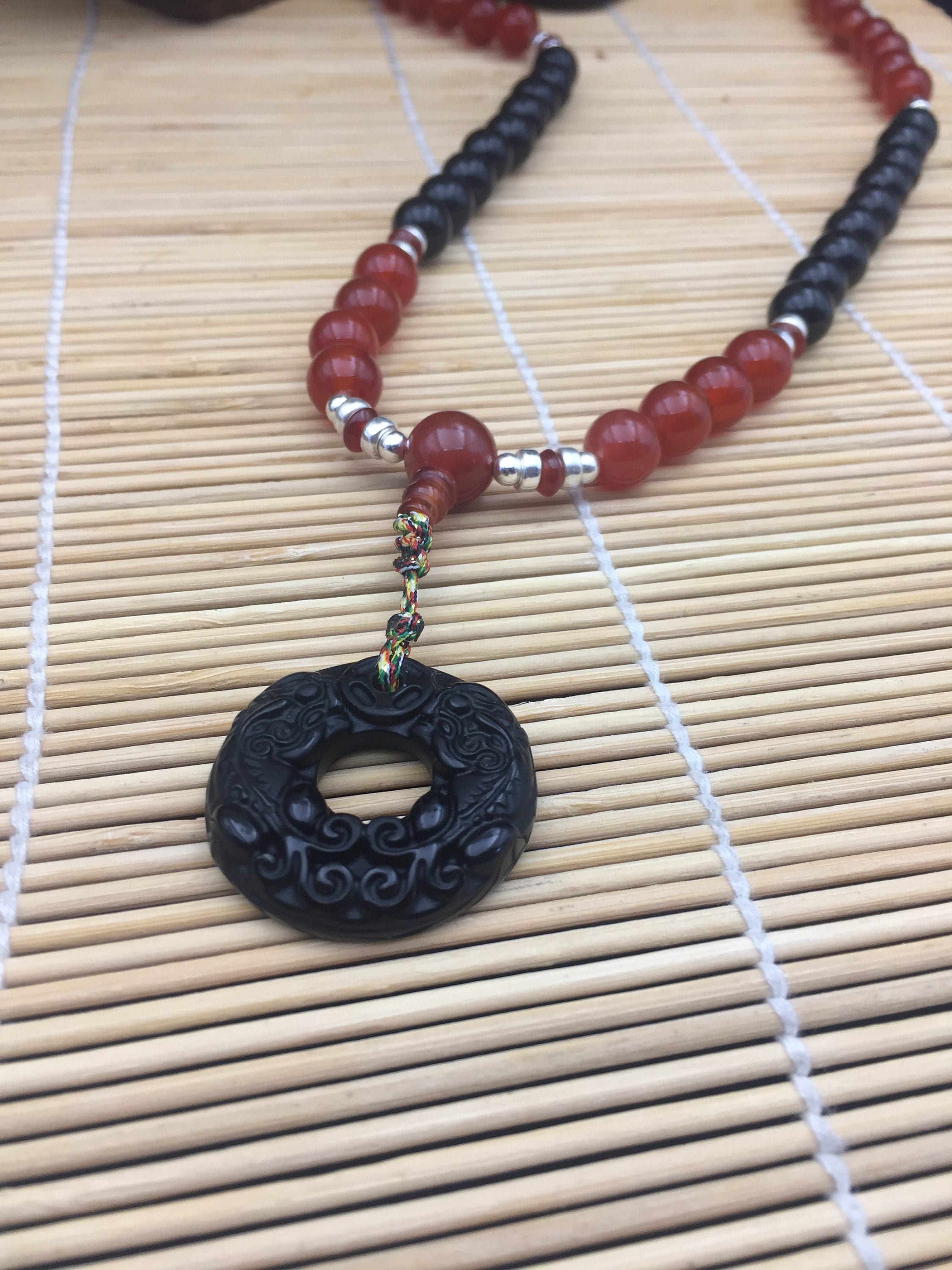 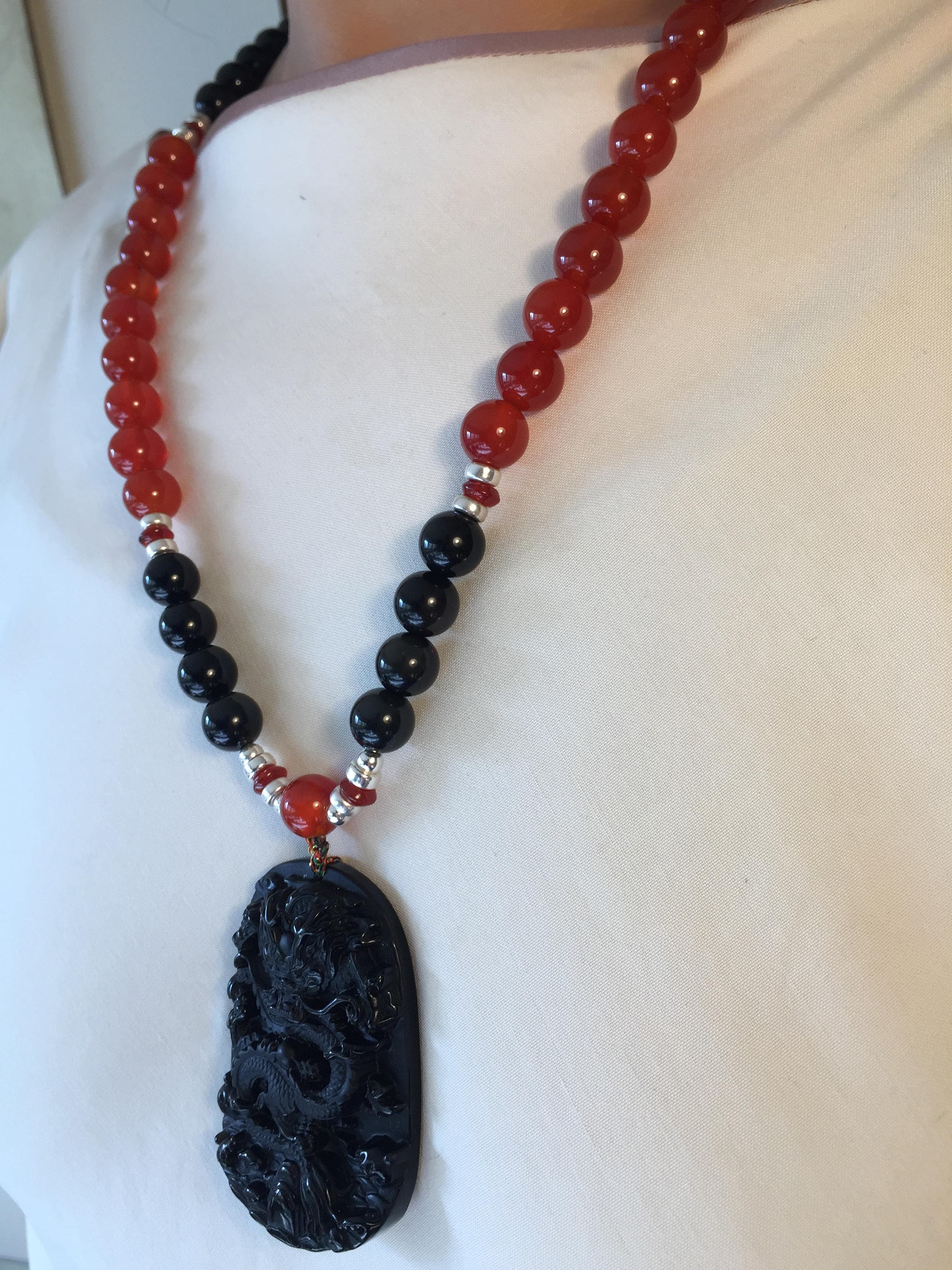 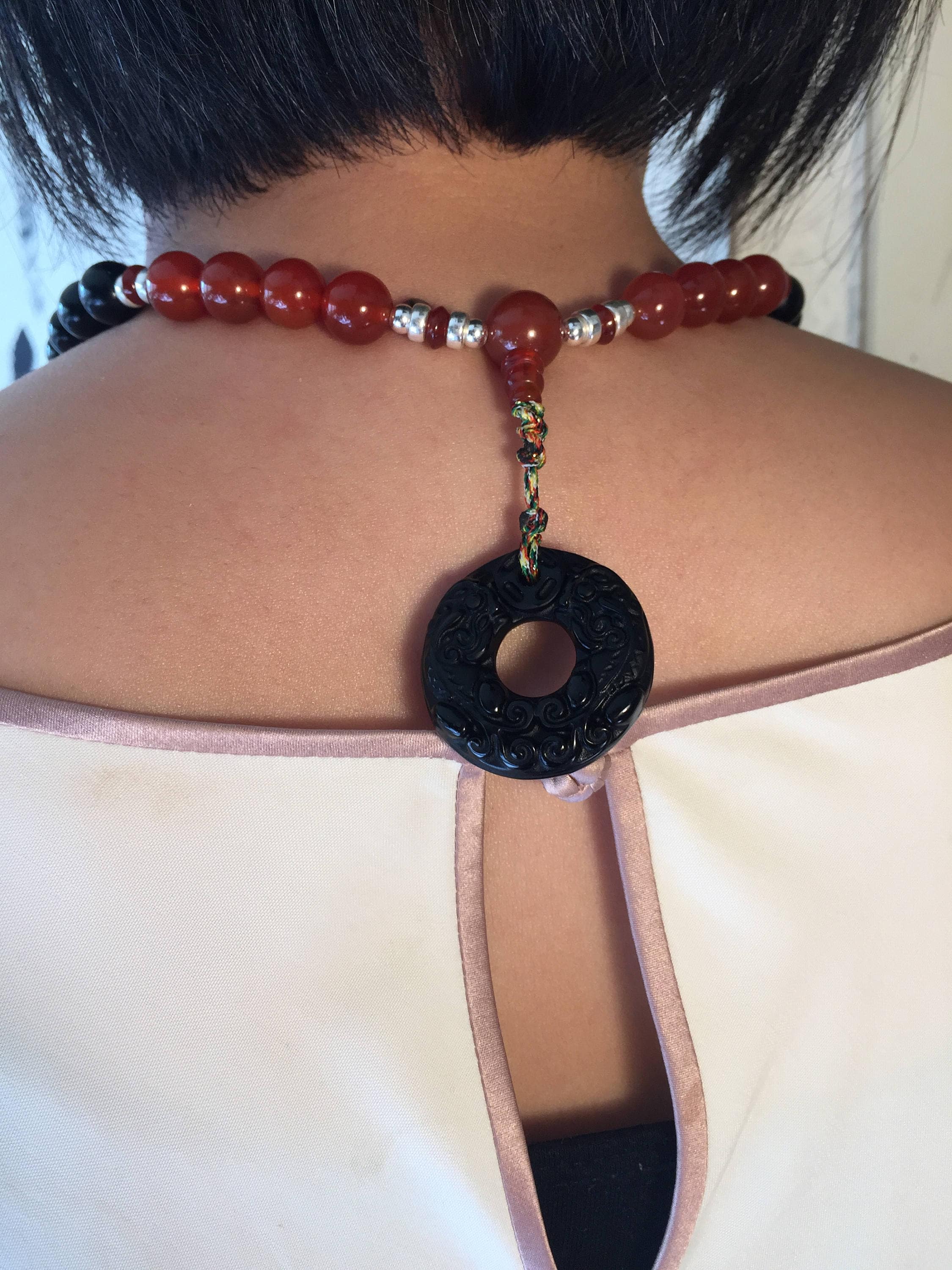 composed of 26 pearls of obsidian "celeste eye" from Mexico, renowned for the quality of its deposits, 28 pearls of bresil cornaline. That is 54 pearls (multiple of the number 108 of Buddhist malas).

The imperial dragon is in black obsidian also native to Mexico in rough. The Eastern Dragon is one of the two great types of dragons. It represents the forces of nature and therefore must be considered with caution because, like nature, it can be dangerous. Different forms, with different names, exist in Asia, but of quite similar morphology. The Chinese dragon is the most representative of all, creature of Chinese civilization that ruled over much of Asia. Through the Eastern cultures is the symbolism of the dragon as a representative of the emperor or the representative of power. There is a sign of the dragon in Chinese astrology, which is actually found in Korean, Japanese, Mongolian, Tibetan and Vietnamese astrology in the same years.

The black obsidian donuts on the back of the necklace depict the legendary Chinese mythological creature Pixiu, considered one of the dragon's nine sons and often used as an amulet.

The whole is raised with 925/1000th silver and cornaline.