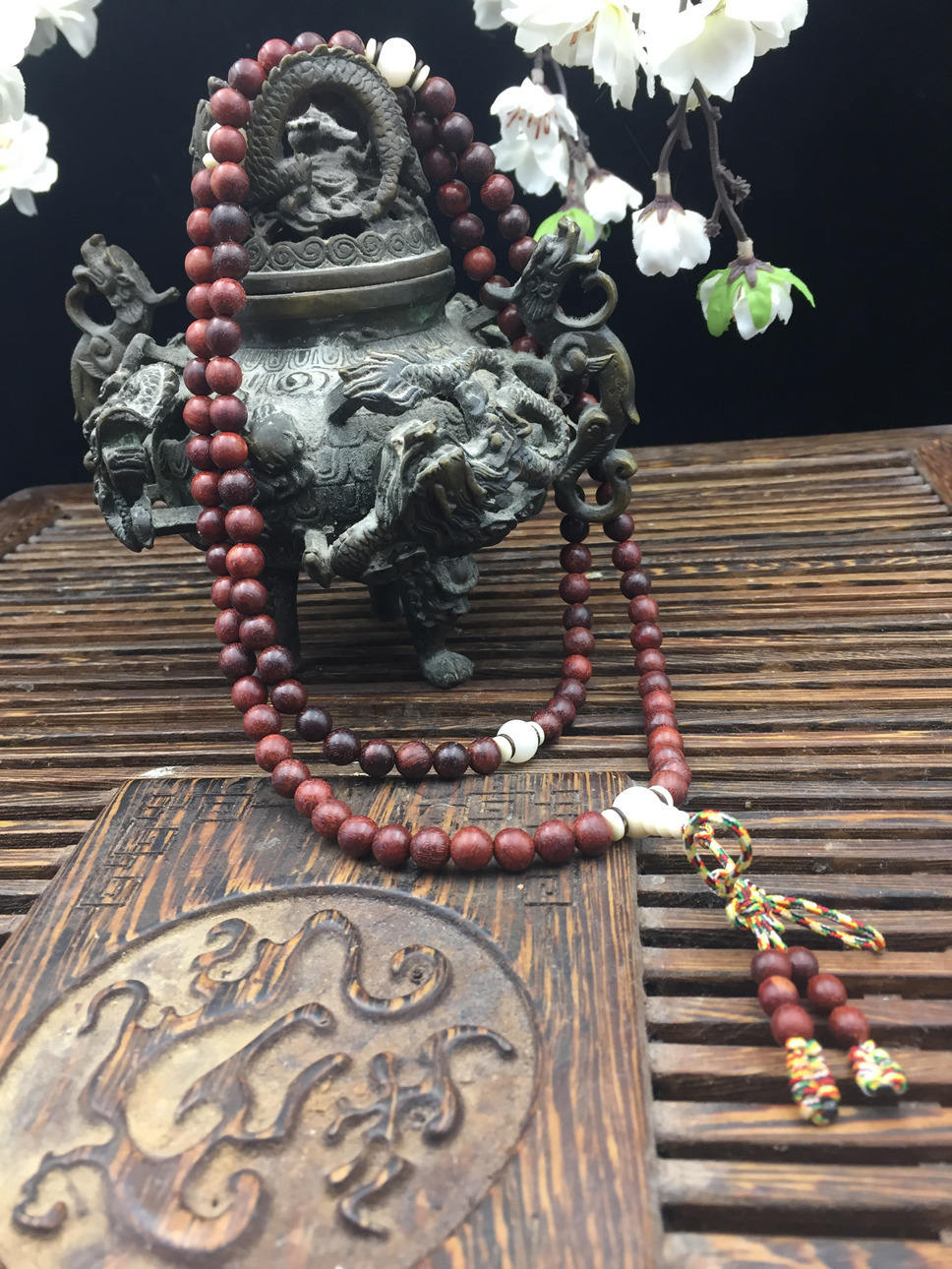 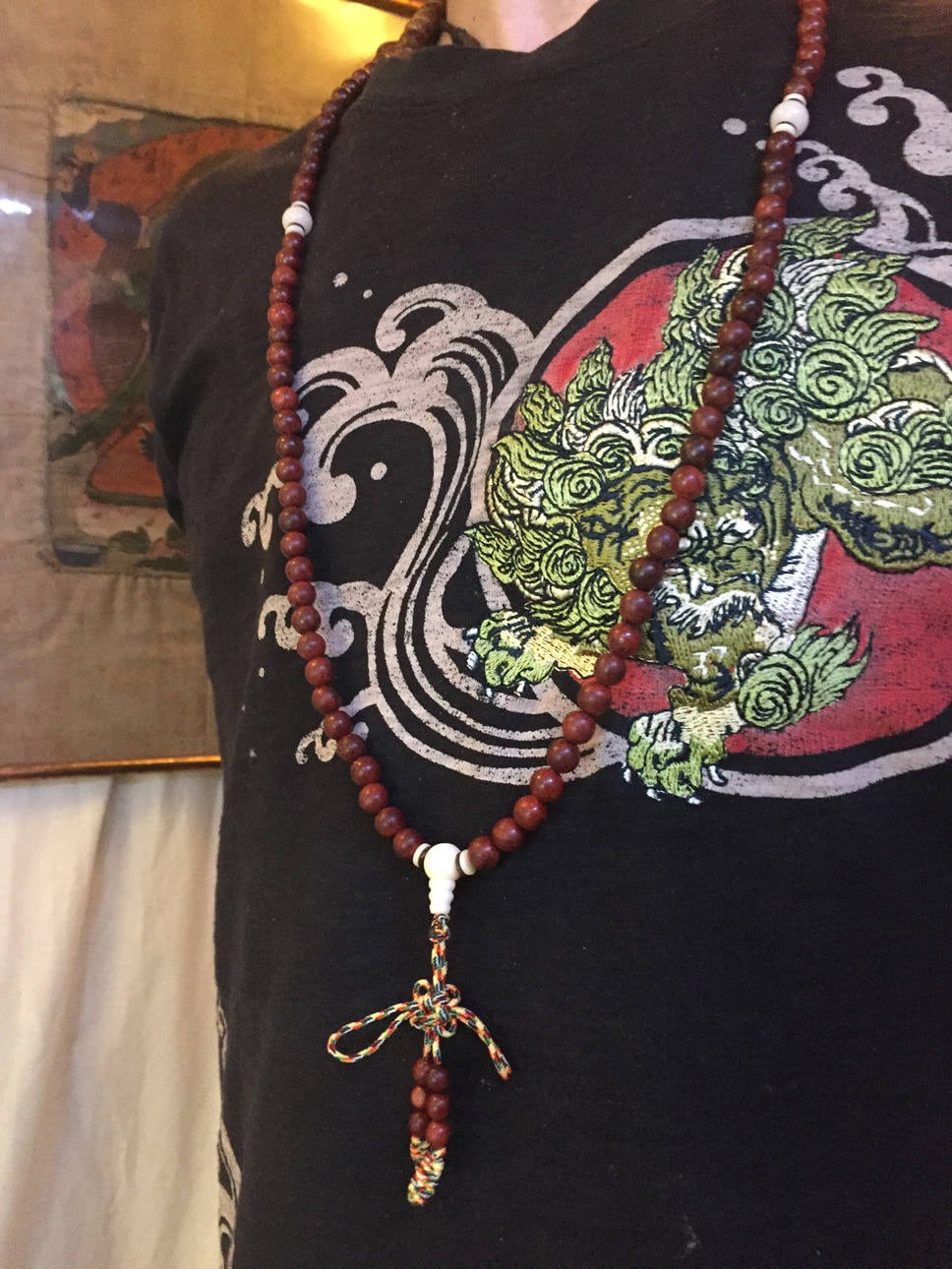 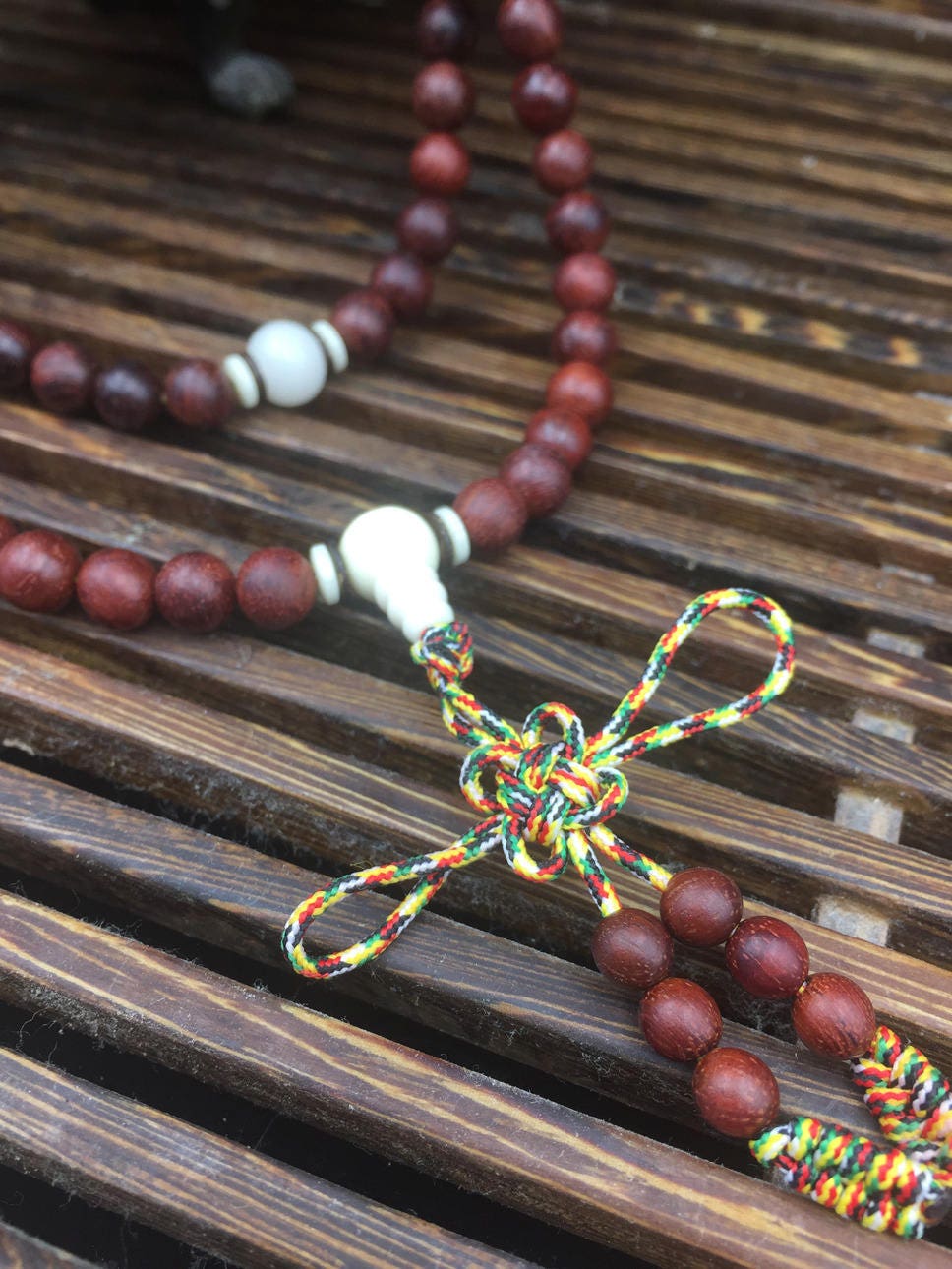 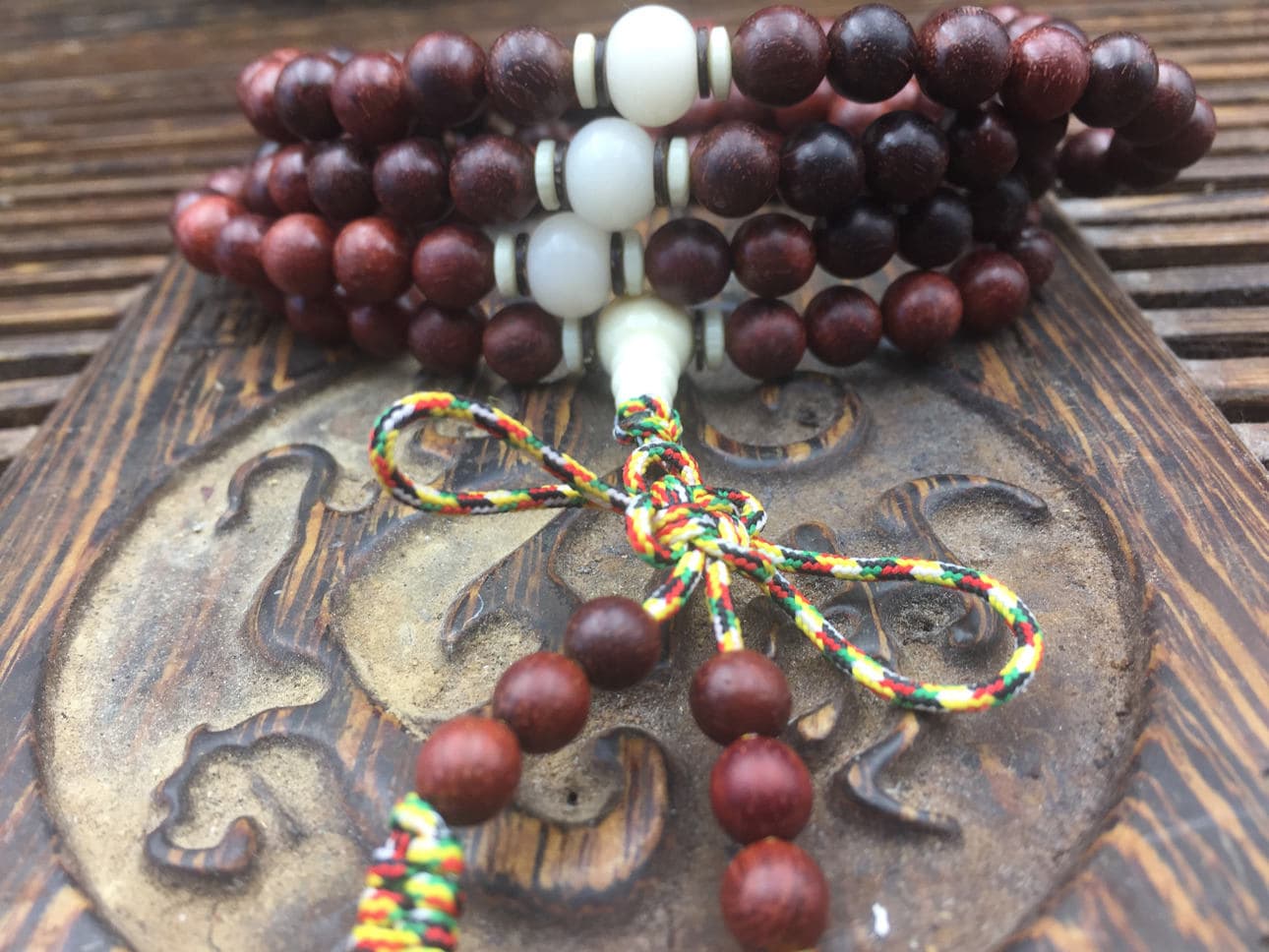 red sandalwood mala, seed talipot clam Buddha head
Quality AB red sandalwood. This red sandalwood from India, much rarer than white sandalwood does not smell and is part of the Woods.
In Buddhism, sandalwood is one of the Padma (lotus) and matches the Amitabha Buddha, Buddha element is fire and color, red. Sandalwood is considered to be able to transform desires and to keep the attention of a person practicing meditation.
Sandalwood is one of the principal of incense made in China, Taiwan, Japan, in the Viet Nam in Korea, and is meant to be on the temples or during worship. It is also used in India for these applications.
The sacred trees of Buddhism, like the sacred fig tree (pipal) include talipot or boi.
For Buddhists Boi denotes the talipot palm leaves on which the Buddha's teachings have been written in ancient times.
Its leaflets after preparation elaborated, are easy to engrave and keeps remarkably well in tropical climates. It means in french these sheets used for writing the manuscripts of the India and countries indianises of Southeast Asia to as ole or olle since the late 17th century, Tamil meaning olei debt "leaf". Various species of Palm trees have been used by region. The leaflets were carved double-sided monks copyists using a sharp metal pen.
Tallipot (Corypha umbraculifera) is a giant Palm tree (20-25 meters) of the Arecaceae family. It belongs to the genus Corypha. It is found primarily in India (Kerala, Karnataka), Sri Lanka and tropical Asia. It blooms only once at the end of 30 to 80 years and then dies
Etymology: the term tallipot is borrowed from malay ālam tālipat hindi tālpāt, Sanskrit tālapattra "leaf Tala', composed of tāla 'Palm' and pattra"leaf"
All our activities and shows of minerals which are.
https://www.facebook.com/pages/Dongmei-Jeremy-Zhang-Guelle/103104533147394?ref=hl